Last week we had KK’s 15-month well visit, and I thought I pop in with an update.  I never did a 15-month update for KJ, but I wished I had.  So here is a quick snippet of what 15 months looks like for KK.

KK took a few steps while staying with my in-laws in between houses, but he would fall and default to crawling.  This went on for about two months.  At that point, I was ready to have a child I could put down for a second while lugging stuff into the garage without him ending up crawling on his hands and knees.  So, I worked A LOT with him on learning to squat to stand so he could get back up.

Around 14 months, it all clicked, and he spent the last month turning his wobbly drunk old man walk into almost a smooth run.  And now, he never stops moving! 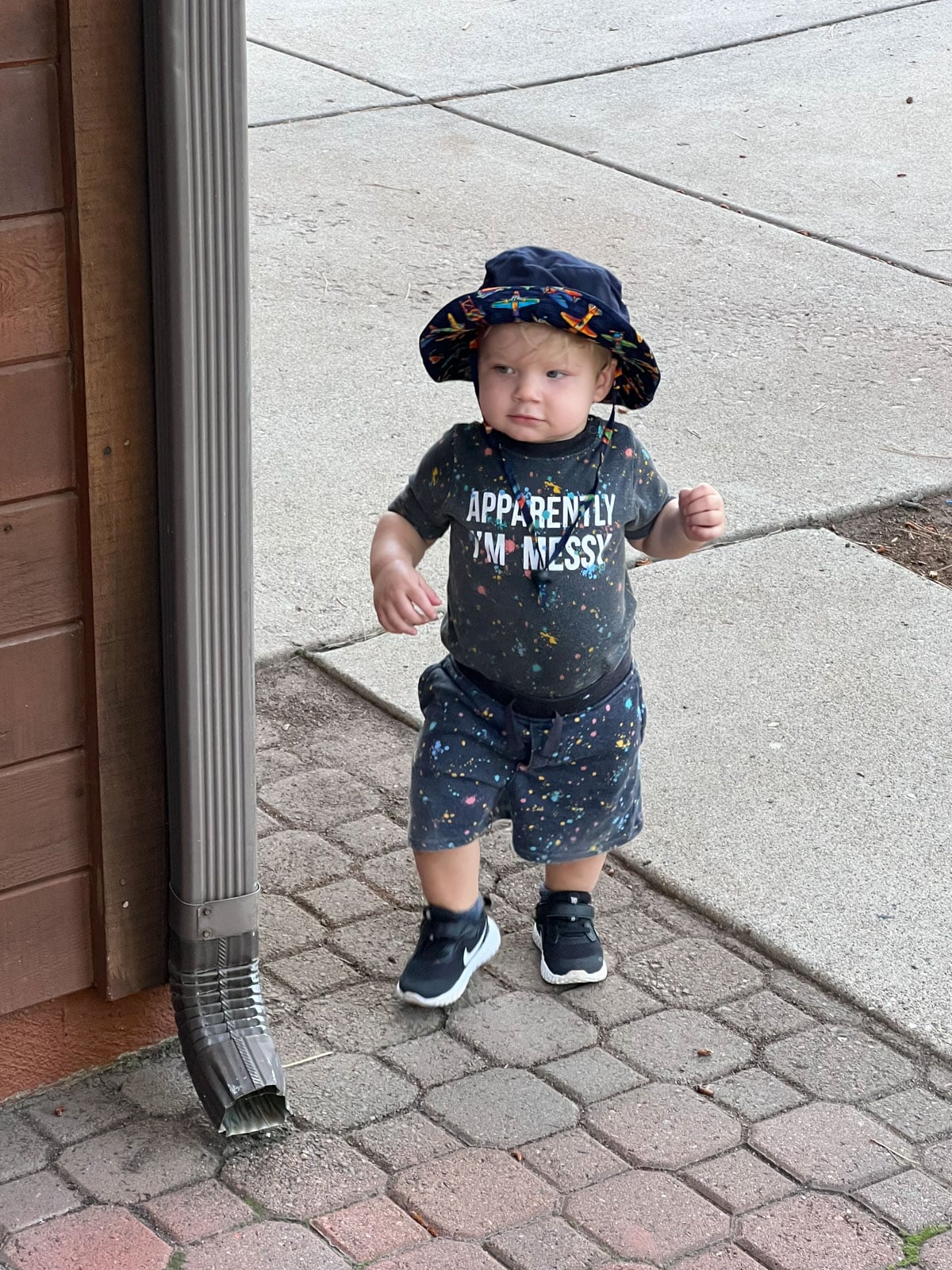 He’s incredibly social.  Whenever we go anywhere, he wants to meet everyone in the room.   He also explores the whole room.  He isn’t easily distracted by books or even baby bum or cocomelon on my phone. When he wants to explore, that’s all he wants! Mr. Hungry spends most of mass in the front entrance area.

He is a happy kid. Except when he wakes up, then he’s either mad or not mad, but never really that happy about it. But the kid loves his sleep and always has, and I’m thankful for that!  (email readers click through to see the rest!) 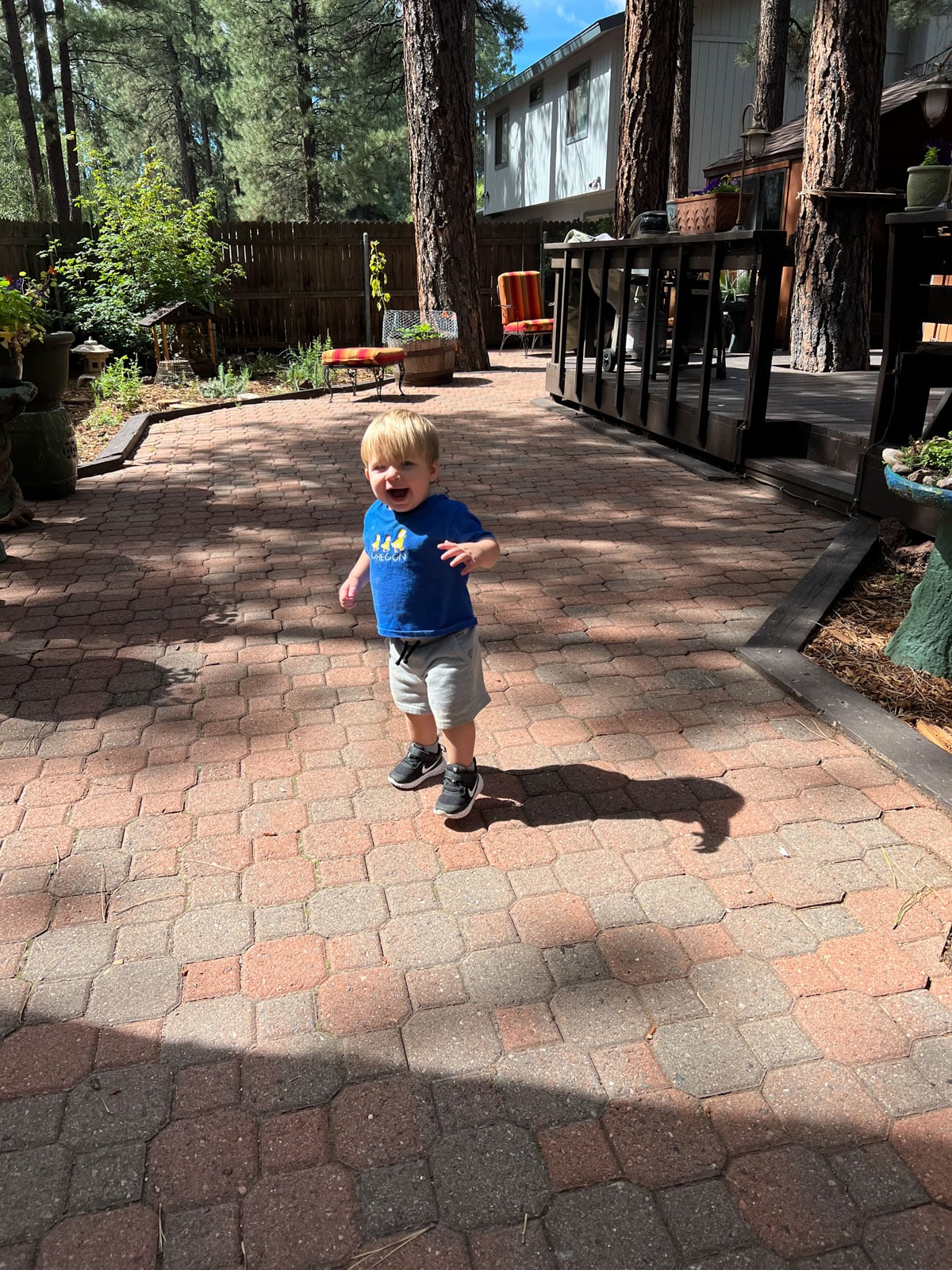 He repeats so much that the amount of words he has blows me away.  I think it’s just in the normal range, but after having a speech-delayed child, it’s cool to have him talk this early ( I was prepared for another delay.) His first words were kitty, dada, and uh for up!  I’ll never know if he just would have talked on his own or if I was a better encourager/teacher since I learned so much in speech therapy.

We did a ton of intentional copying of his facial expressions and noises so that he would learn to copy us.  I also taught him word approximations and sign language more quickly. For instance, one of the first things I taught him was up. He wouldn’t say up, so I taught him, UHHHH, and rewarded the approximation by picking him up.  I didn’t know about teaching approximations with KJ, so I didn’t do any of that.  I also followed many tips I learned in the speech sisters course and what we learned in speech therapy from birth.

So, it’s hard to say, was it nurture or nature that led to KK talking so much earlier?  We will never know, but it’s pretty fun!

He also copies his brother A LOT! For example, the other day, KJ was mad that KK was in his room messing up his “big boy toys” and said, “stay away from my toys” in an angry voice, and KK repeated back gibberish but in the exact same tone.  As if he was trying to replicate him.  In the last week, he will repeat about anything you ask him to. 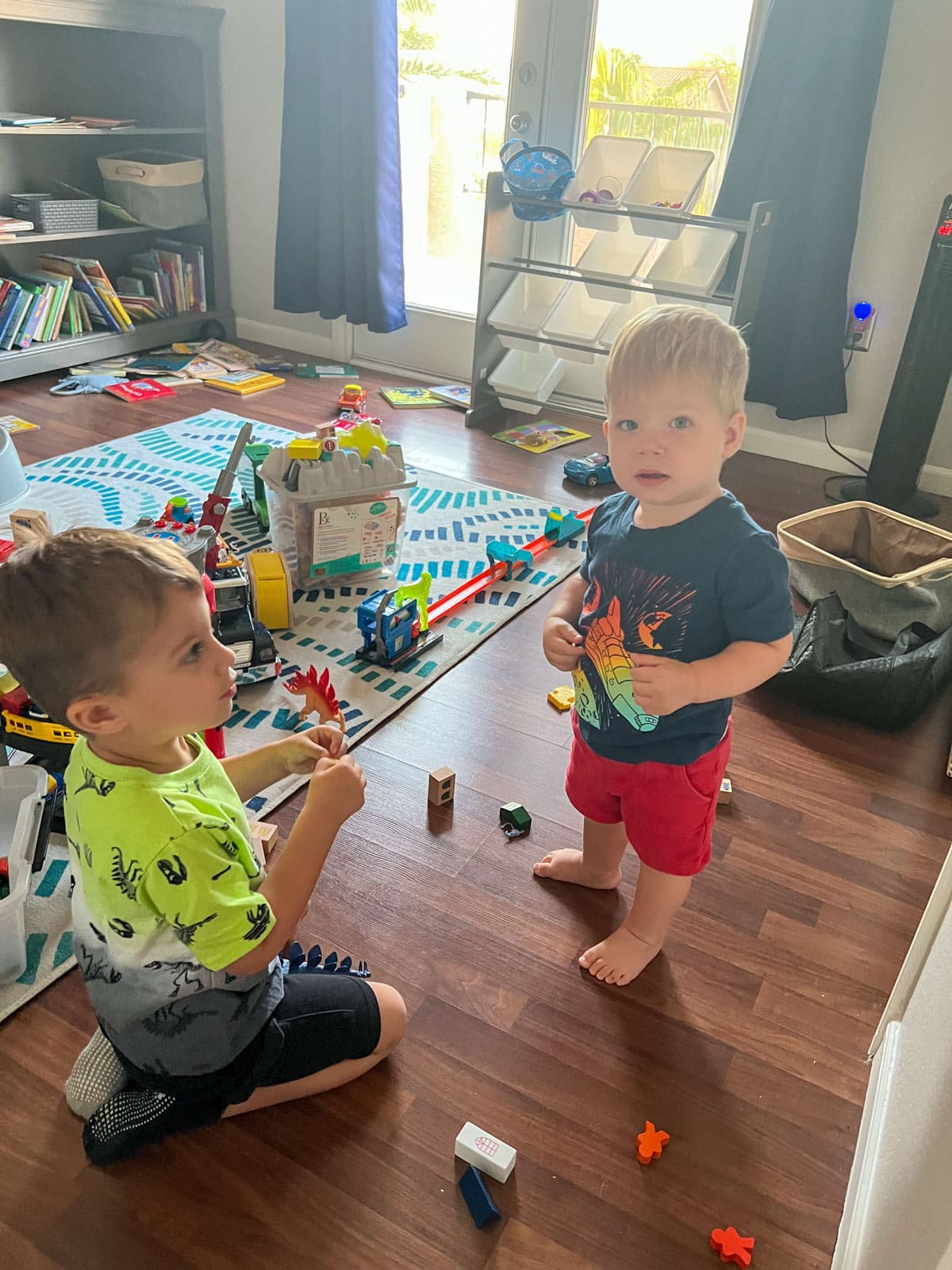 KK was 60th percentile for height and 75th percentile for weight, 31.8 inches, and 27lbs.  He weighs as much as his brother did at 18 months! He’s pretty much in 24-month or 2T clothing now.  The 18-month outfits are TIGHT, but they fit.  Blonde hair and blue eyes.  Those recessive genes won the lottery and seem to be sticking around! (My MIL was blonde as a child, and my grandpa, aunt, and biological father all are blonde hair and blue eyes.) But, I NEVER expected to have a blonde hair blue-eyed child myself, given that my hair is a light brown naturally (similar to KJs) and Mr. Hungry has very dominant dark Chaldean features. Genes are interesting to say the least!

Did the checkout lady at the grocery store ask me if the boys had the same father in front of my mother-in-law? Yes. Yes. She definitely did.  To which my MIL responded, “yes, MY SON.”  I’ll never forget that moment as long as I live, makes me laugh a little every time I think about it! 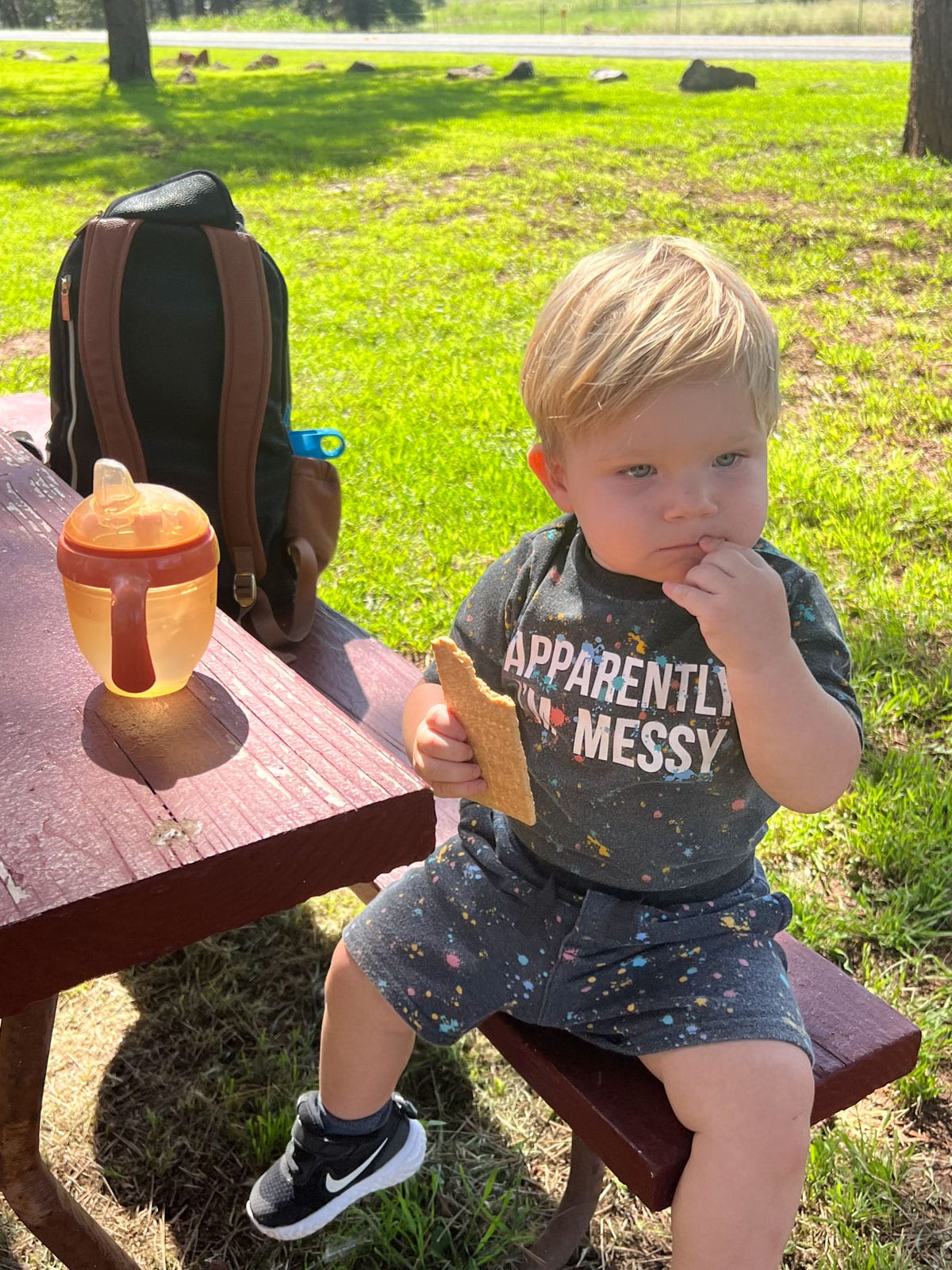 For those of you wondering about KK’s MSPI. This last week we tried to incorporate a little dairy, and so far, so good. He’s had one cup of cow’s milk daily without any adverse effects, so we’ve been offering cheese and other dairy-based foods! I’m excited to be able to start making dinner meals with dairy!!!!

That’s it for now!  Life is BUSY over here, and I wouldn’t have it any other way!