It was our first time traveling with a baby, and we might have overpacked, but it’s hard not too with a little one in tow! 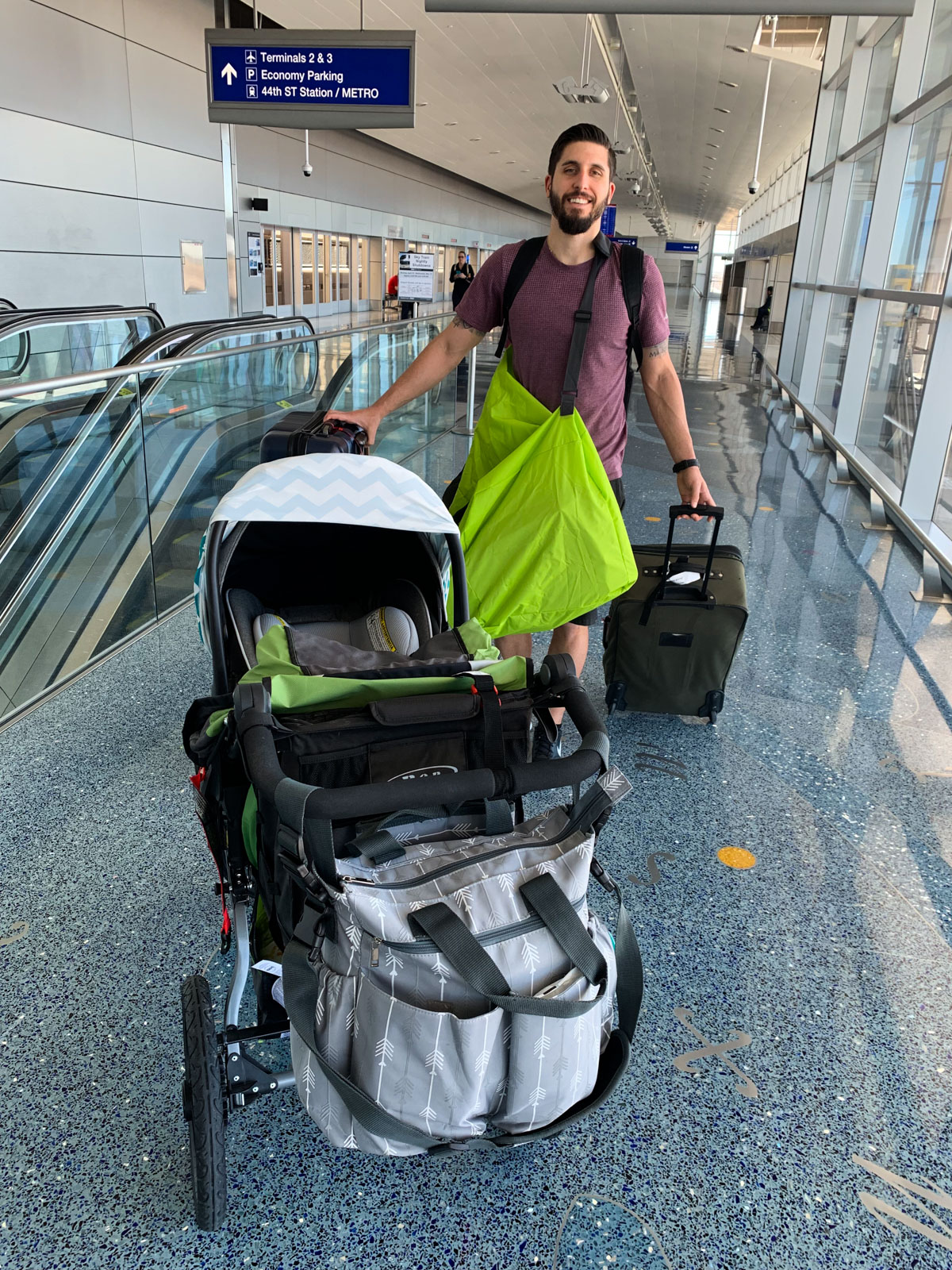 The flight there was pretty easy, and little man did great.  He slept for take off and nursed for the landing and was overall pretty happy in between! 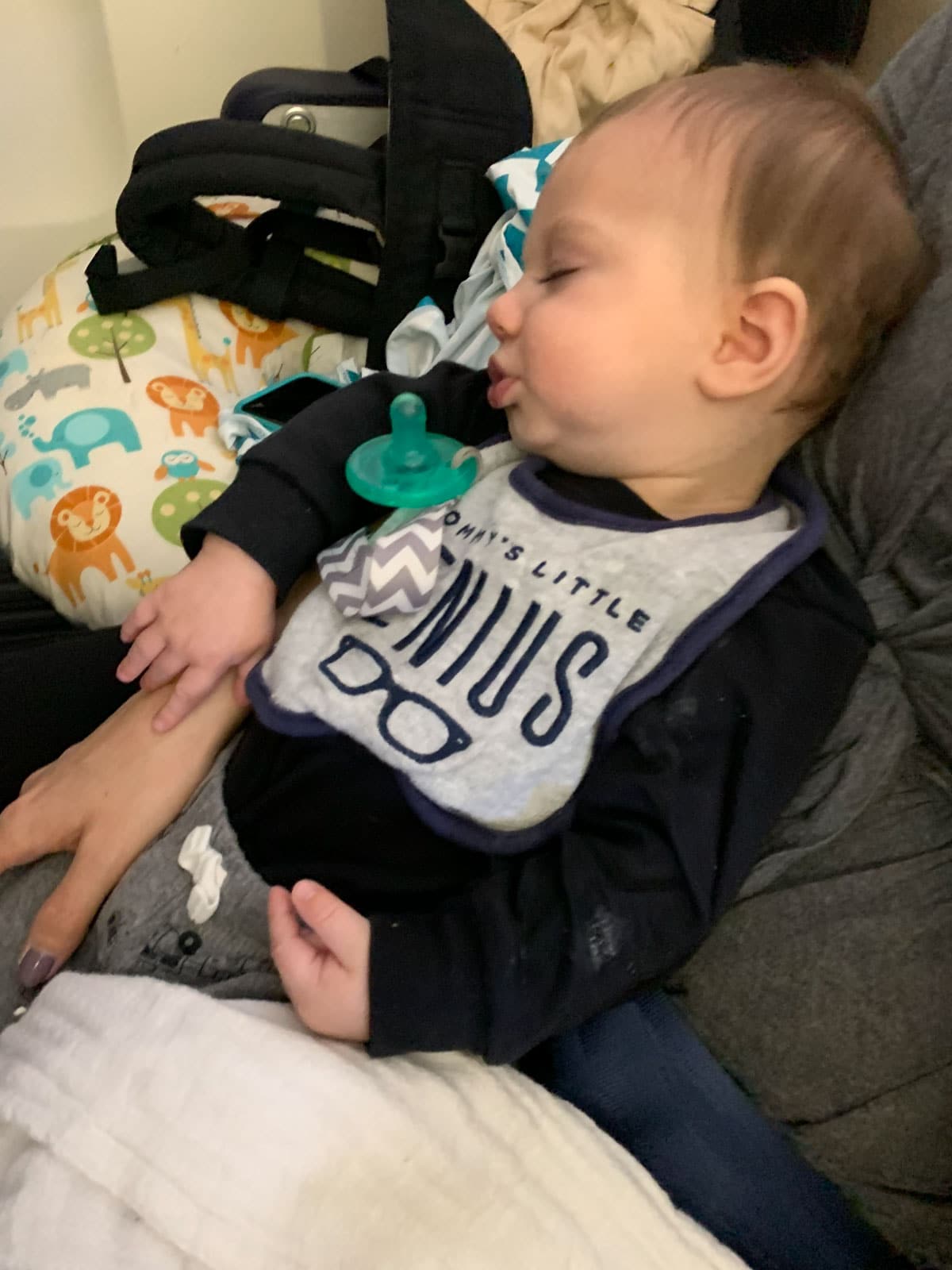 My in-laws live in a little town called Morgan Hill just north of San Jose.  The scenery is picturesque “wine country” full of rolling green hills and beautiful plants.  They also have a beautiful blooming cherry tree in their backyard that made a perfect backdrop for photos! 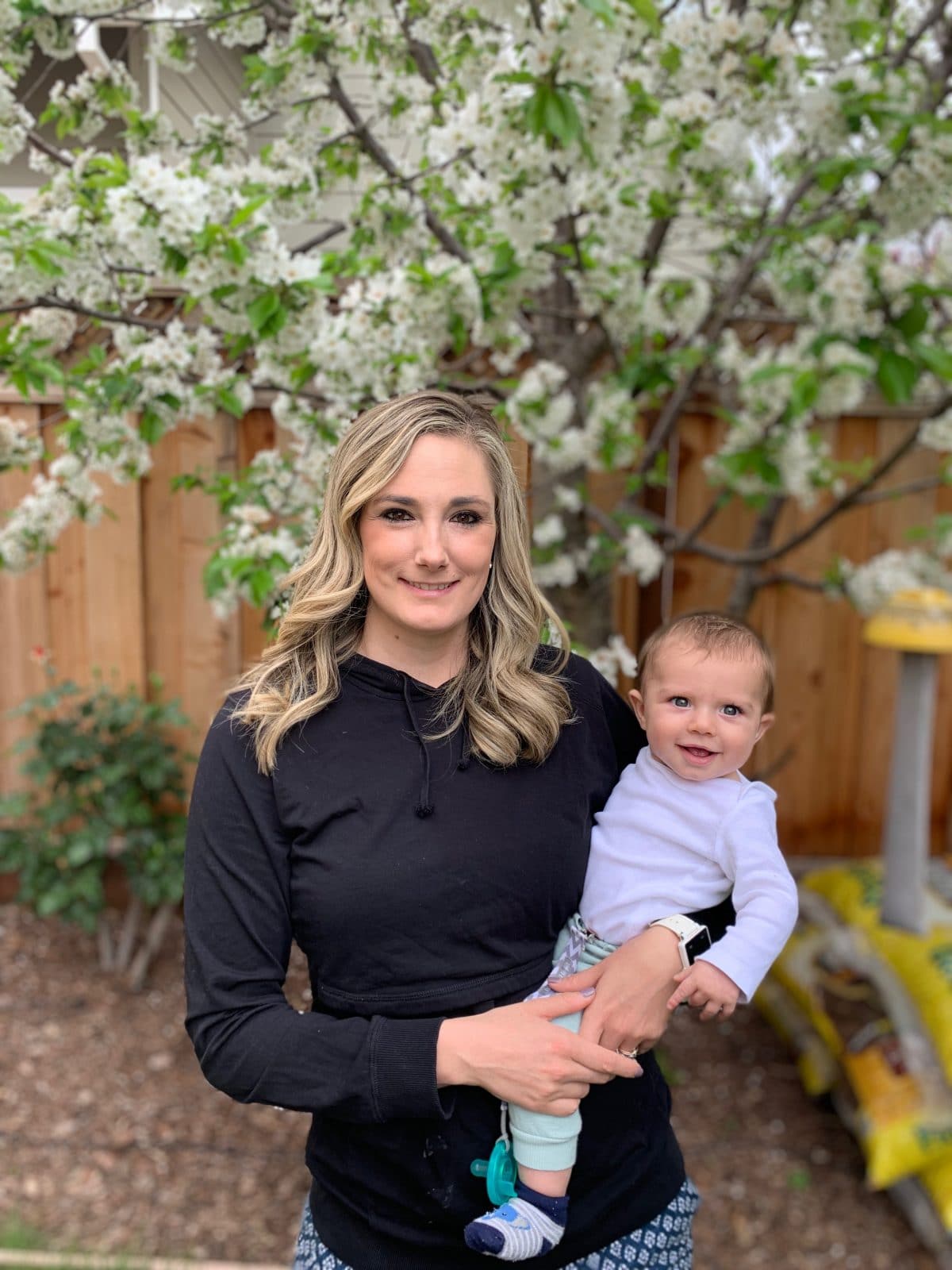 Saturday morning I got my only workout in, a 3 mile run around wine country.  I didn’t get any pictures. Instead, I intentionally decided to enjoy my run without stopping to document it.  Morgan Hill is one of my favorite places to run; it was slightly overcast, with a cool misty breeze and had views of rolling hills and vineyards.

In the afternoon the little man, my MIL, and I headed to a winery while the guys went to see a movie.  It was so pretty out, and little man loved playing in the grass! 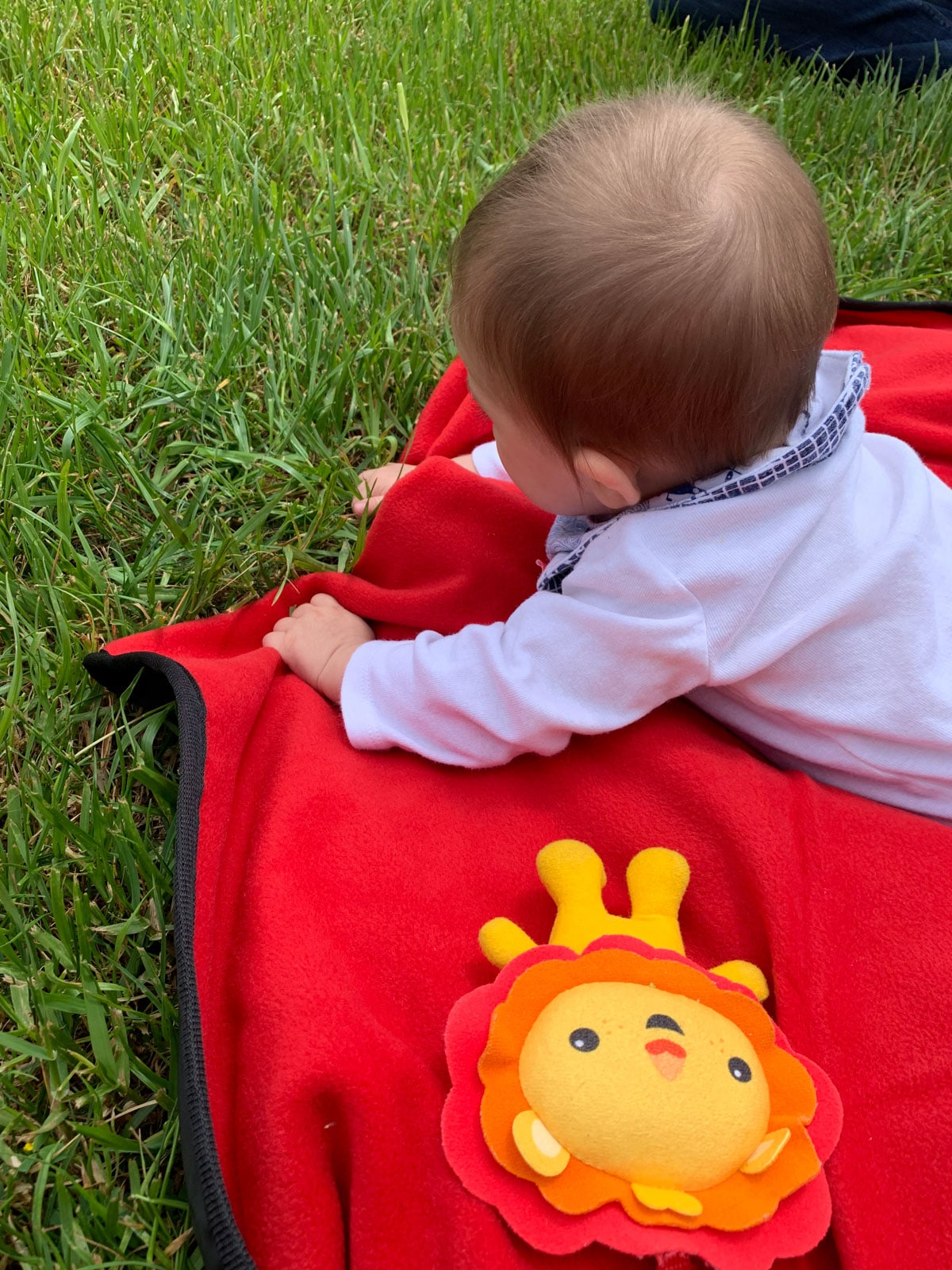 And taking a nap in the vineyard… 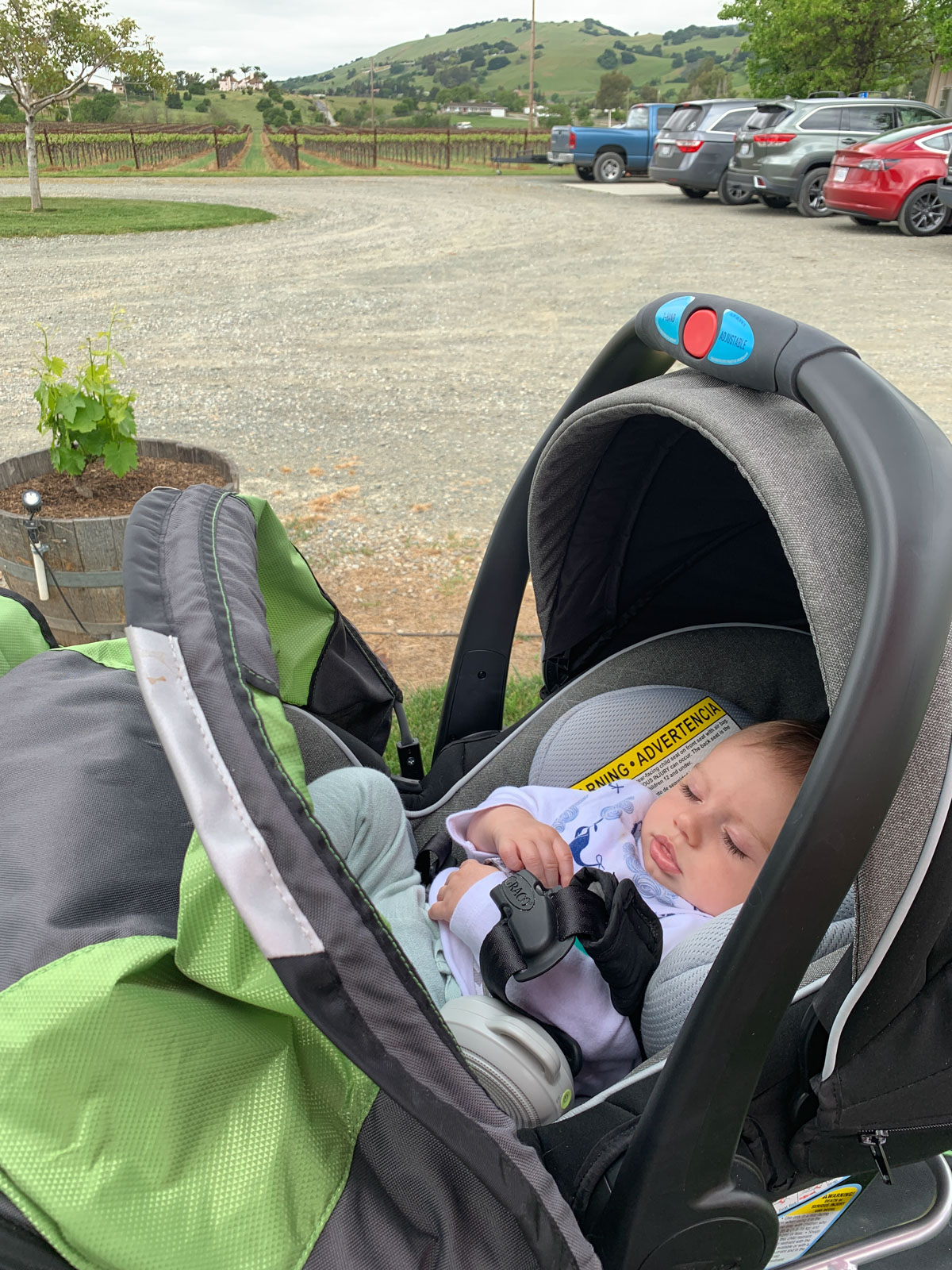 We attended 715 AM mass and then we had the whole day to spend together just hanging out. 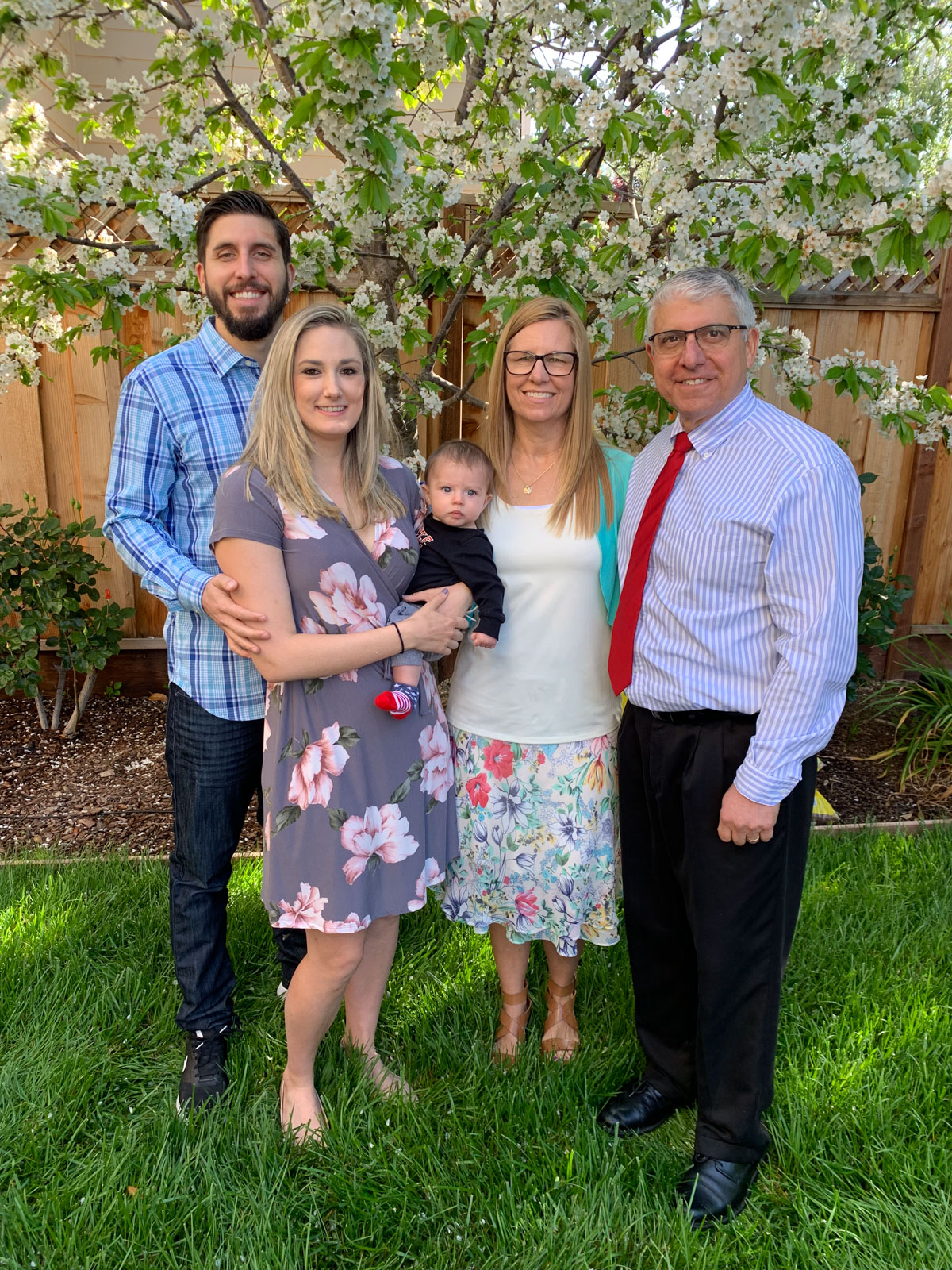 The Easter outfit I brought him was short sleeve, so instead, he ended up in America themed clothing, maybe for Fourth of July I’ll dress him in pastels for Easter.  #outfitfail Some of you asked on IG where my dress is from, and it’s from Stitchfix.  I wore it when I was pregnant too, you can see it in my 26-week update! 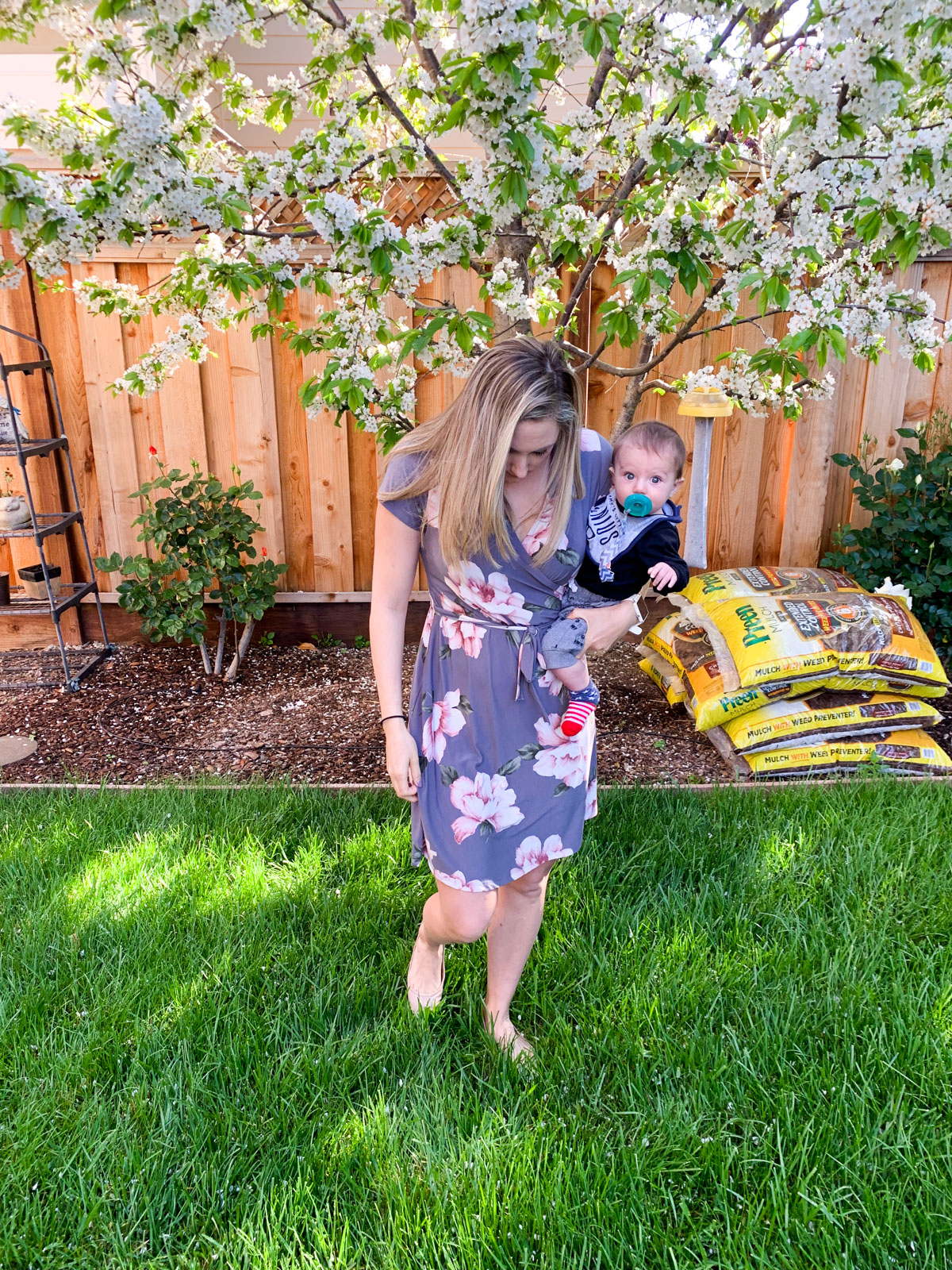 Bacon, vegan blueberry breakfast bake, and veggies for breakfast after church!  Big shout out to my MIL who prepped a bunch of food ahead of time that she knew I could eat without upsetting Little Mans delicate GI tract. 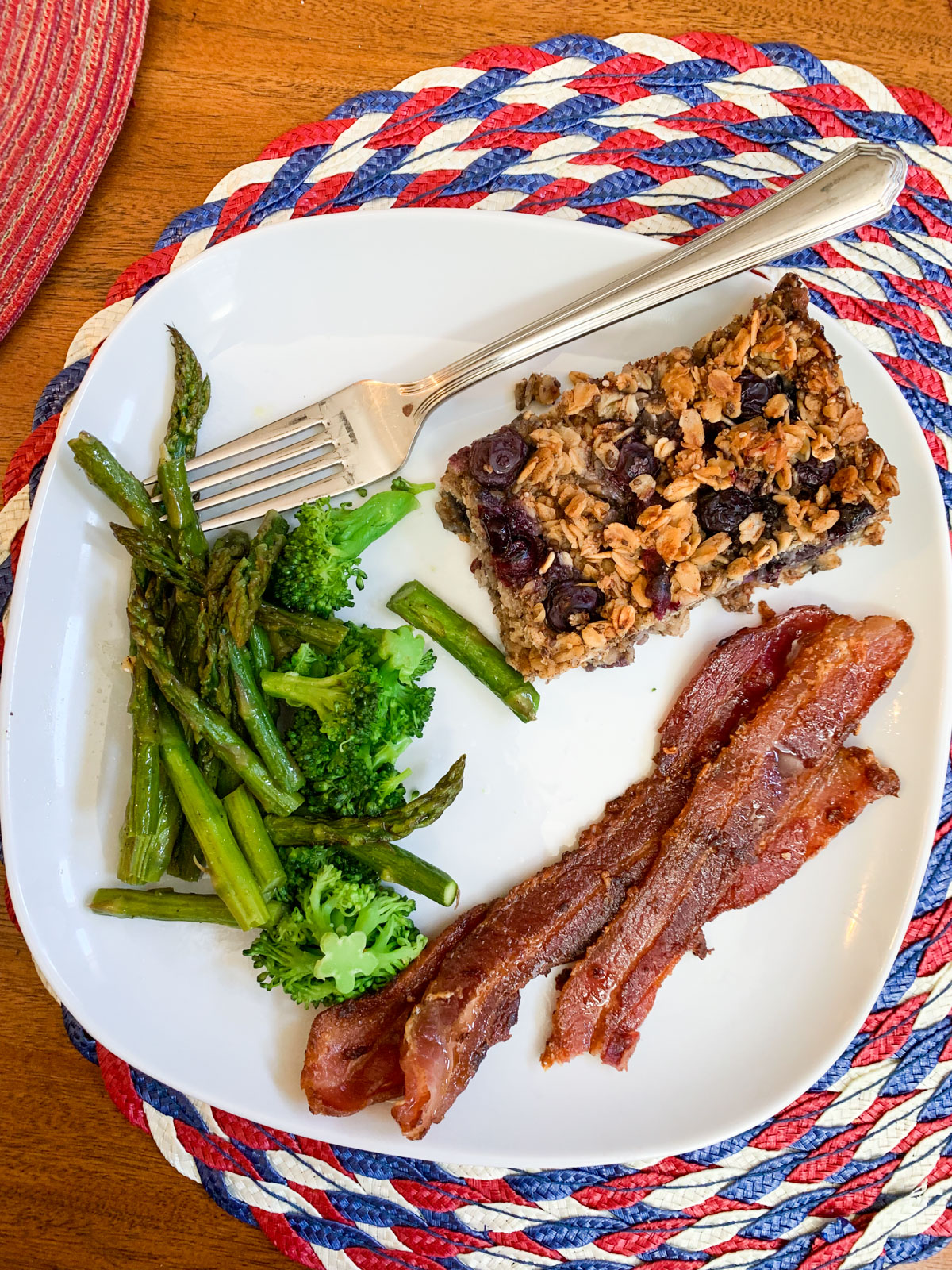 For an early dinner, we had a spiral ham, roasted potatoes, and roasted cauliflower.  I almost forgot to take a picture, so my plate is partially eaten! 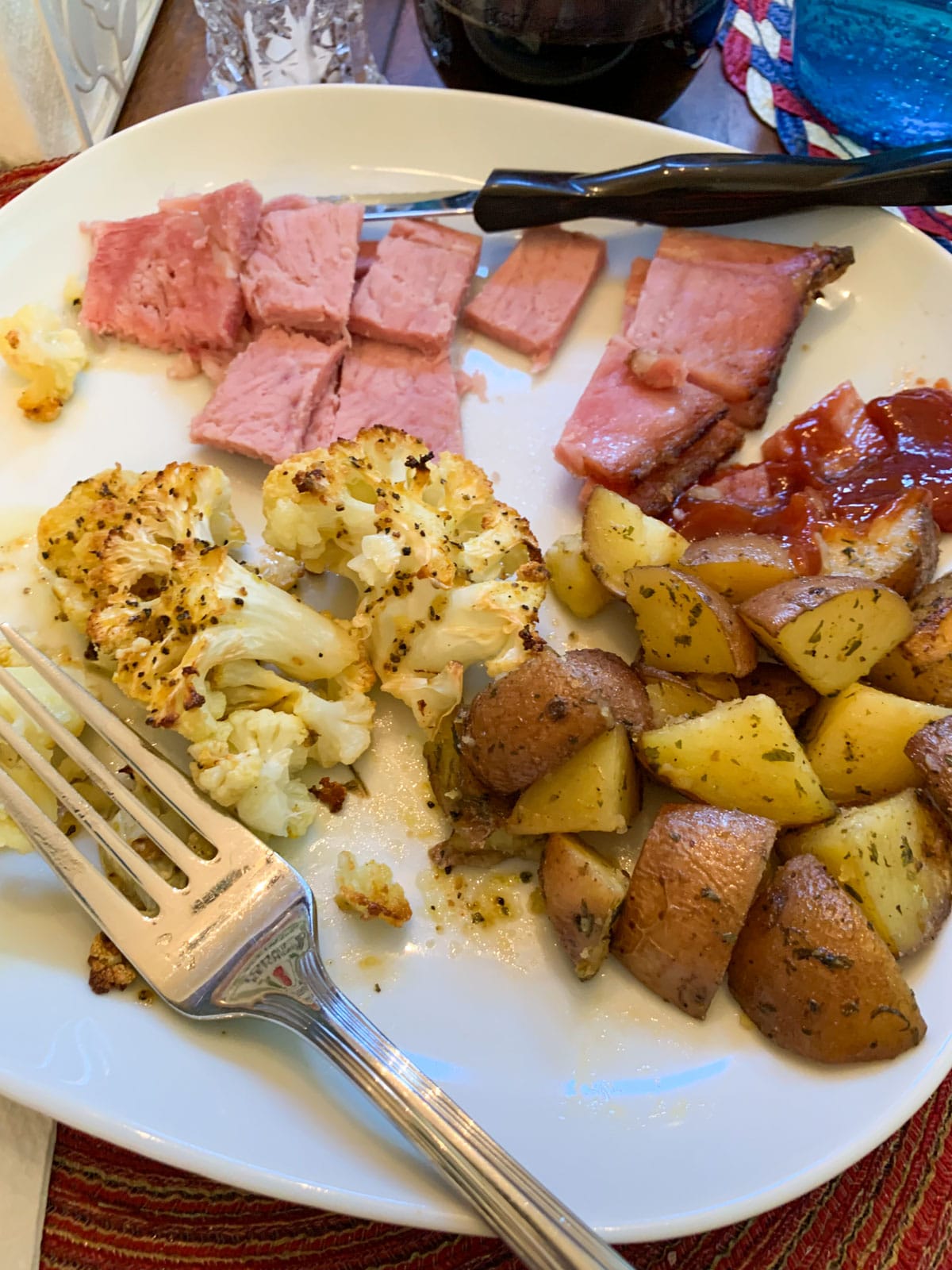 We headed out to the beach after stopping at Pete’s!  Our strategy worked pretty well. We left just as Little Man was ready to fall asleep for his first nap of the day.  He slept the whole way to the beach (a little over an hour) and then nursed when we got there.  Once he was done nursing, we headed to Phils Fish Market for our early lunch! 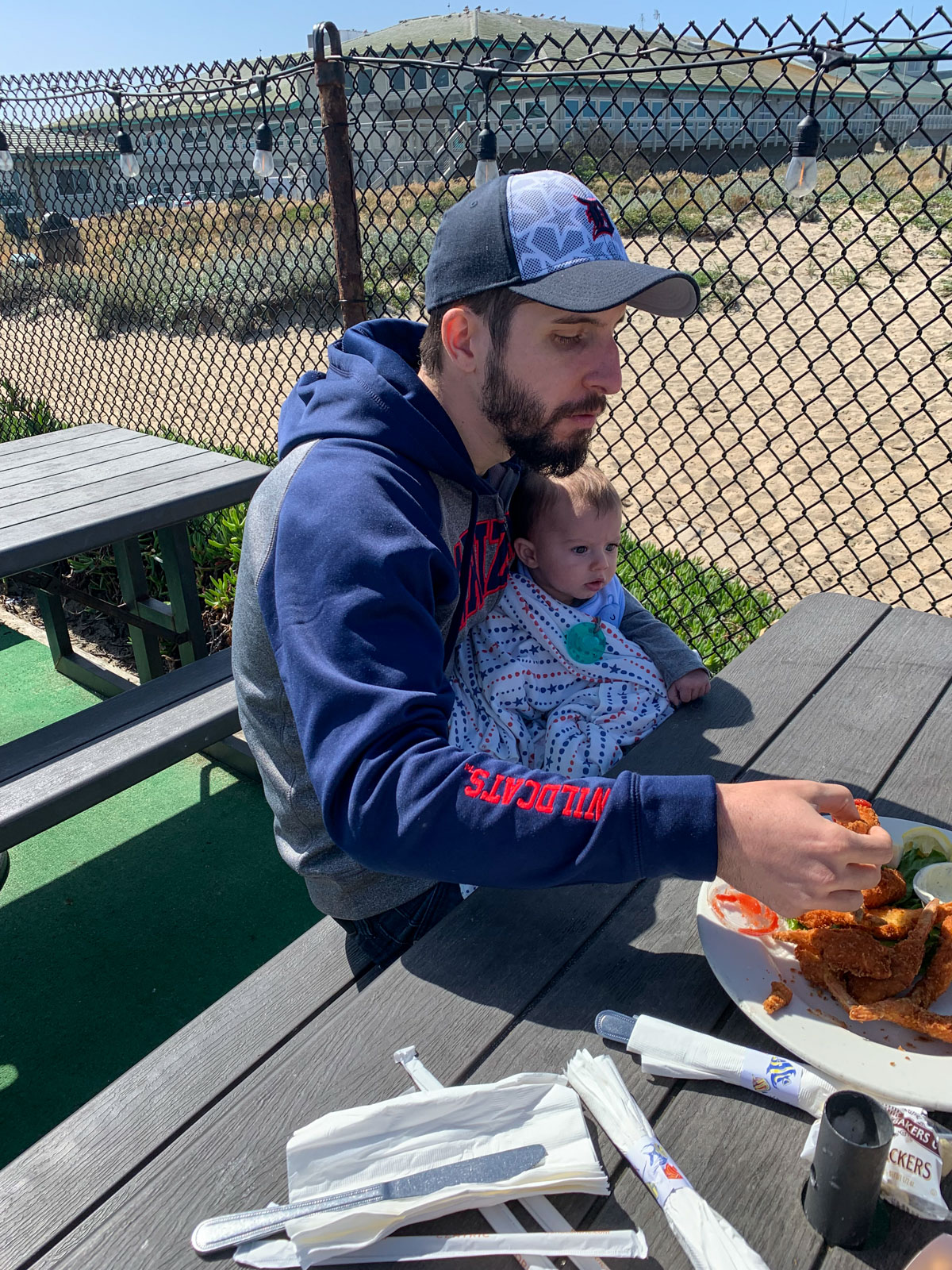 I got the mahi-mahi tacos that were on special which were delicious! (I didn’t eat the rice or vegetables because I wasn’t sure if they were free of allergens that bother the little man.) 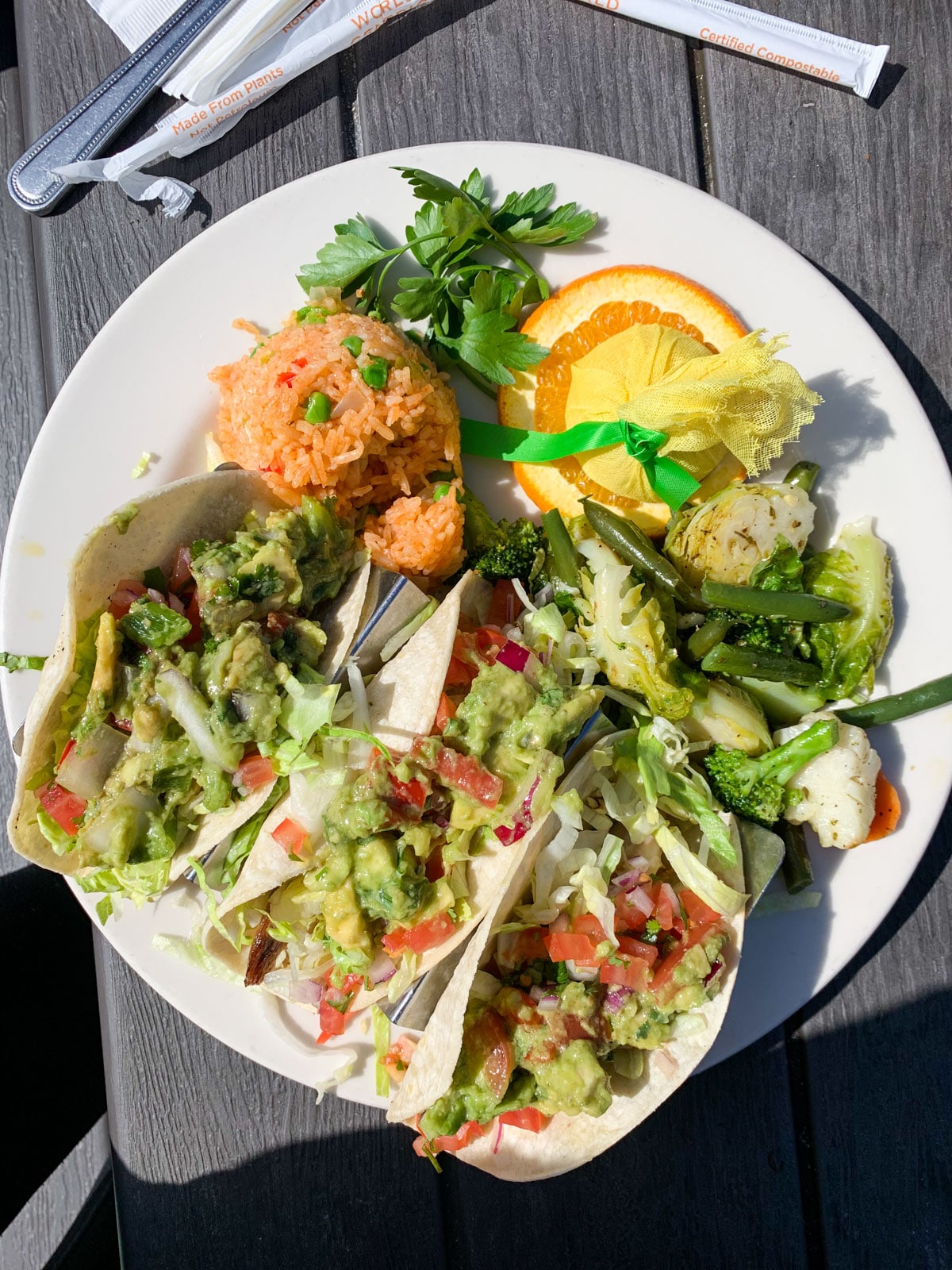 After lunch, we headed out to the beach to walk off lunch! 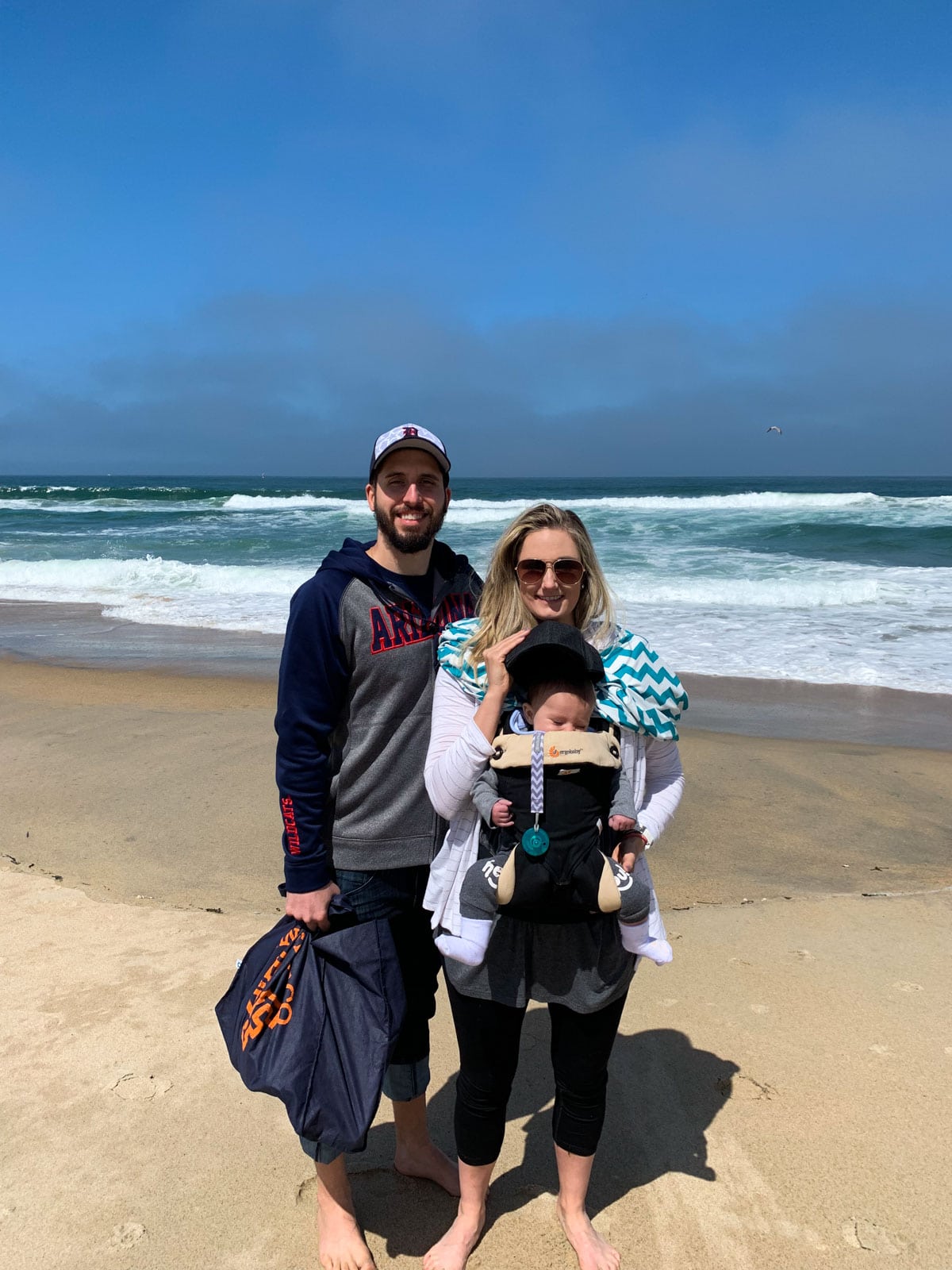 I covered Little Man with my hat or nursing cover to protect him from the sun until he was ready to face in and take a little nap (the ergo 360 has a built-in cover that goes over when babe faces in to protect his little head from the sun).  The ocean made a great sound machine! 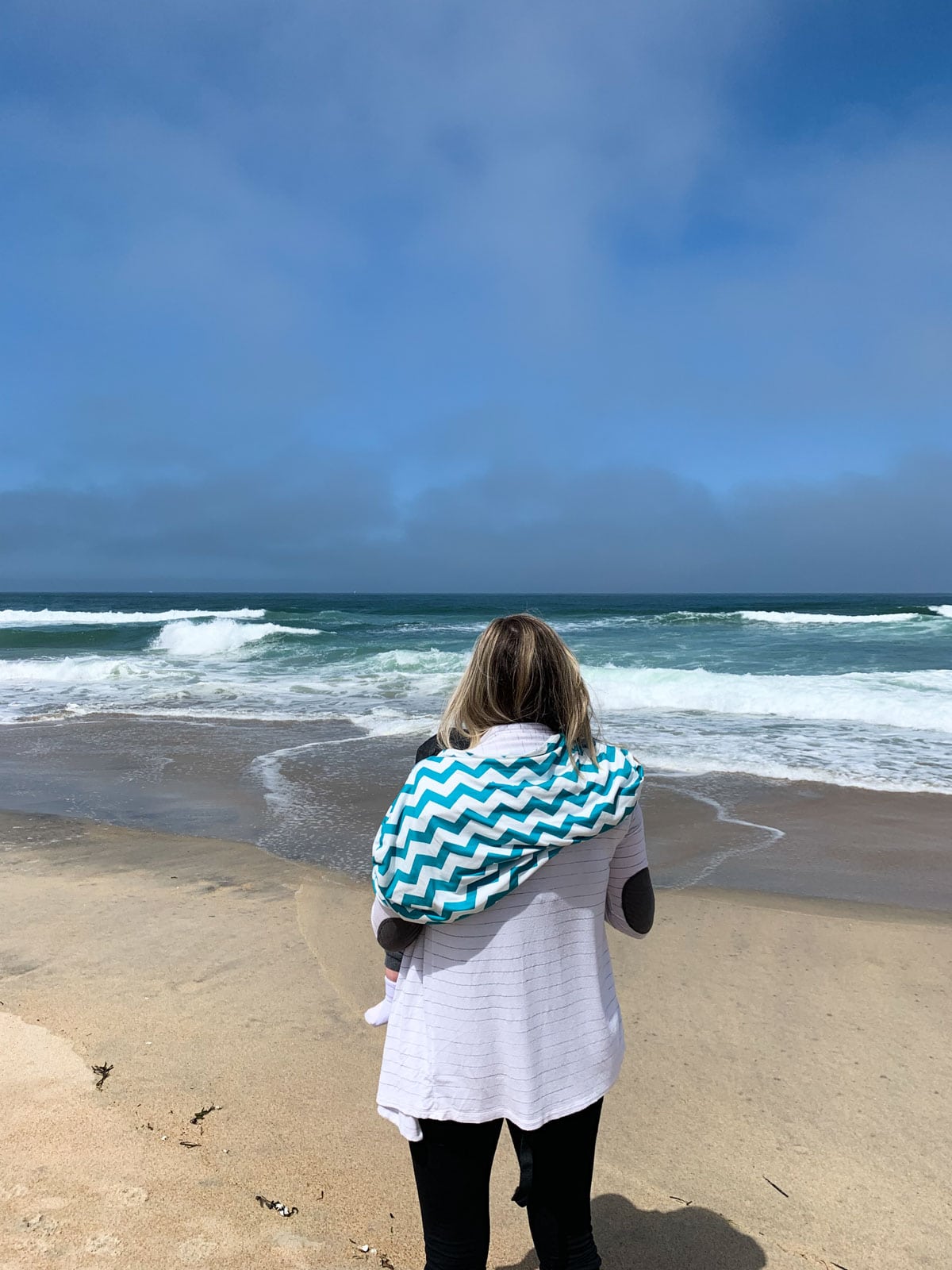 We walked for almost an hour before heading back to the car for another nursing session.  We thought about driving on up to Monterey Bay Aquarium but ultimately decided not to push it too far with the babe.  Instead, we went downtown, unfortunately, almost everything is closed there on Mondays, but we still had a lovely time walking around! 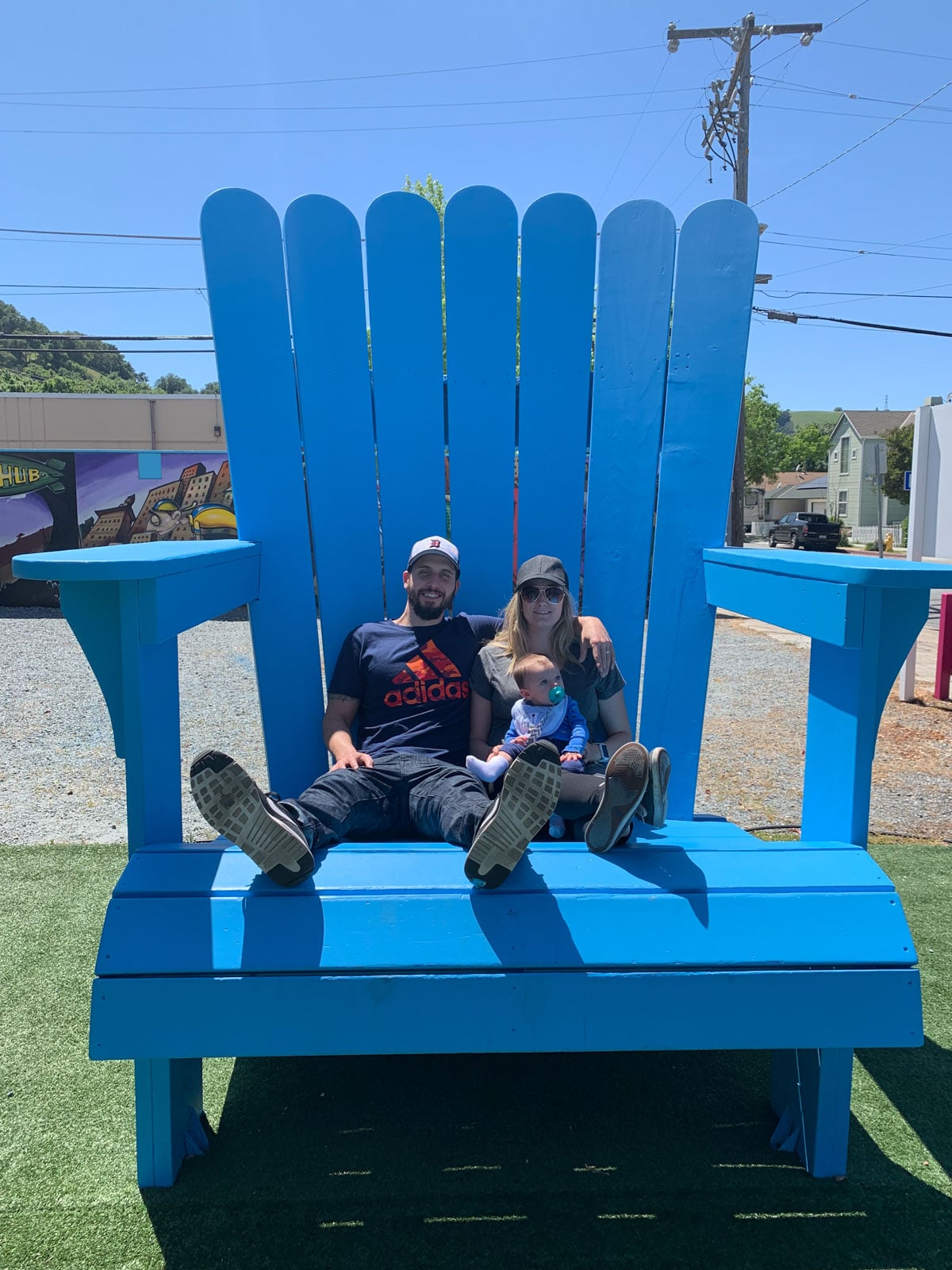 On Tuesday morning we decided to continue with our method of using the car seat for his first nap since it seemed to be where he was sleeping the best for naps.  We decided to walk to Petes Coffee a couple of miles away.  However, right as we were about to leave I got a text our flight for that evening was CANCELLED.  We ended up rebooking for the next day because the available flights on Tuesday were way too late. 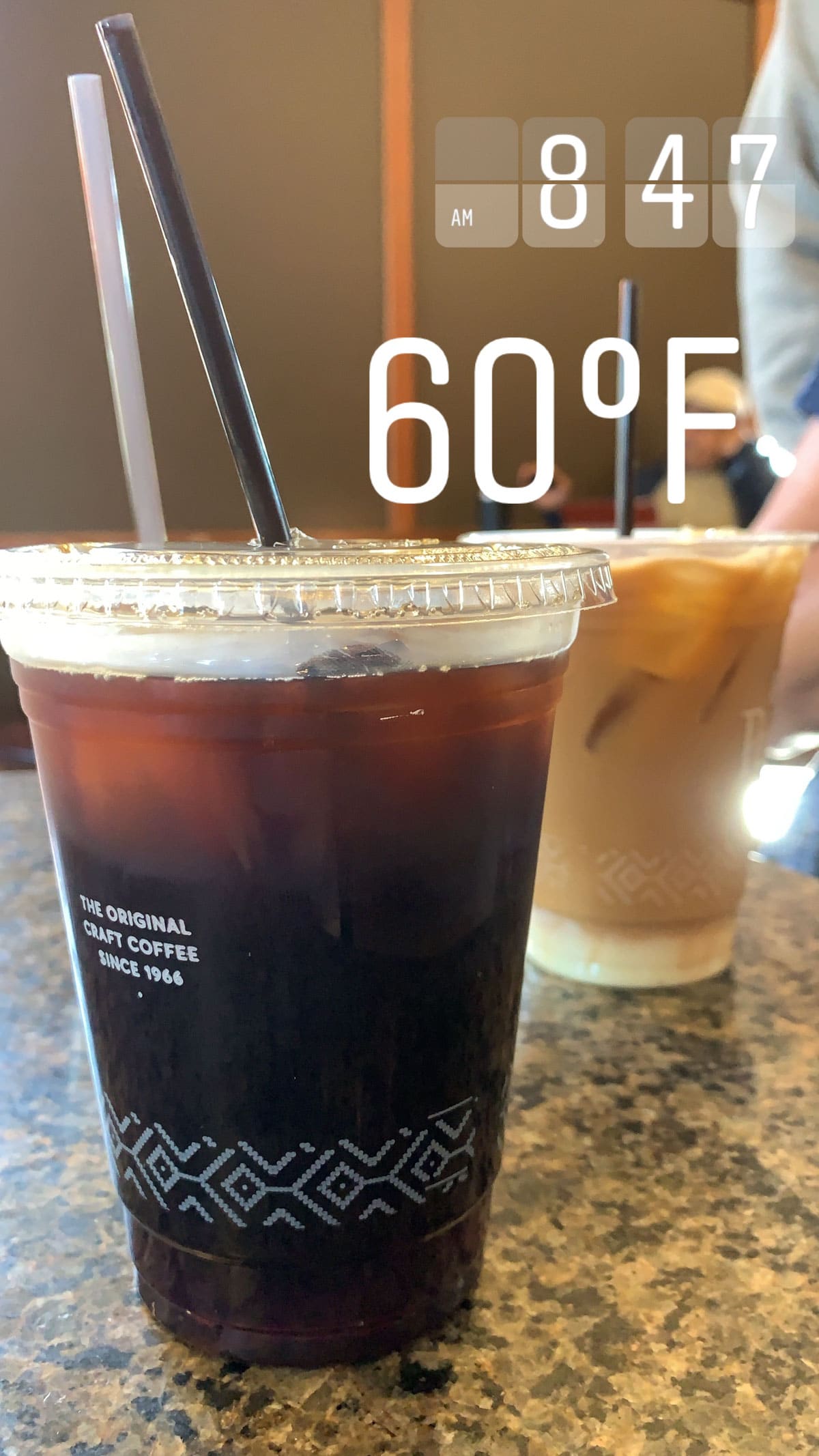 Our bonus day ended up being such a beautiful day!  We walked downtown and ate at Betos, which was DELICIOUS!  I got a Salmon Salad with a lemon basil vinaigrette that I could have licked off the plate!  I let Little Man eat some of my avocados, and he seemed to like it! 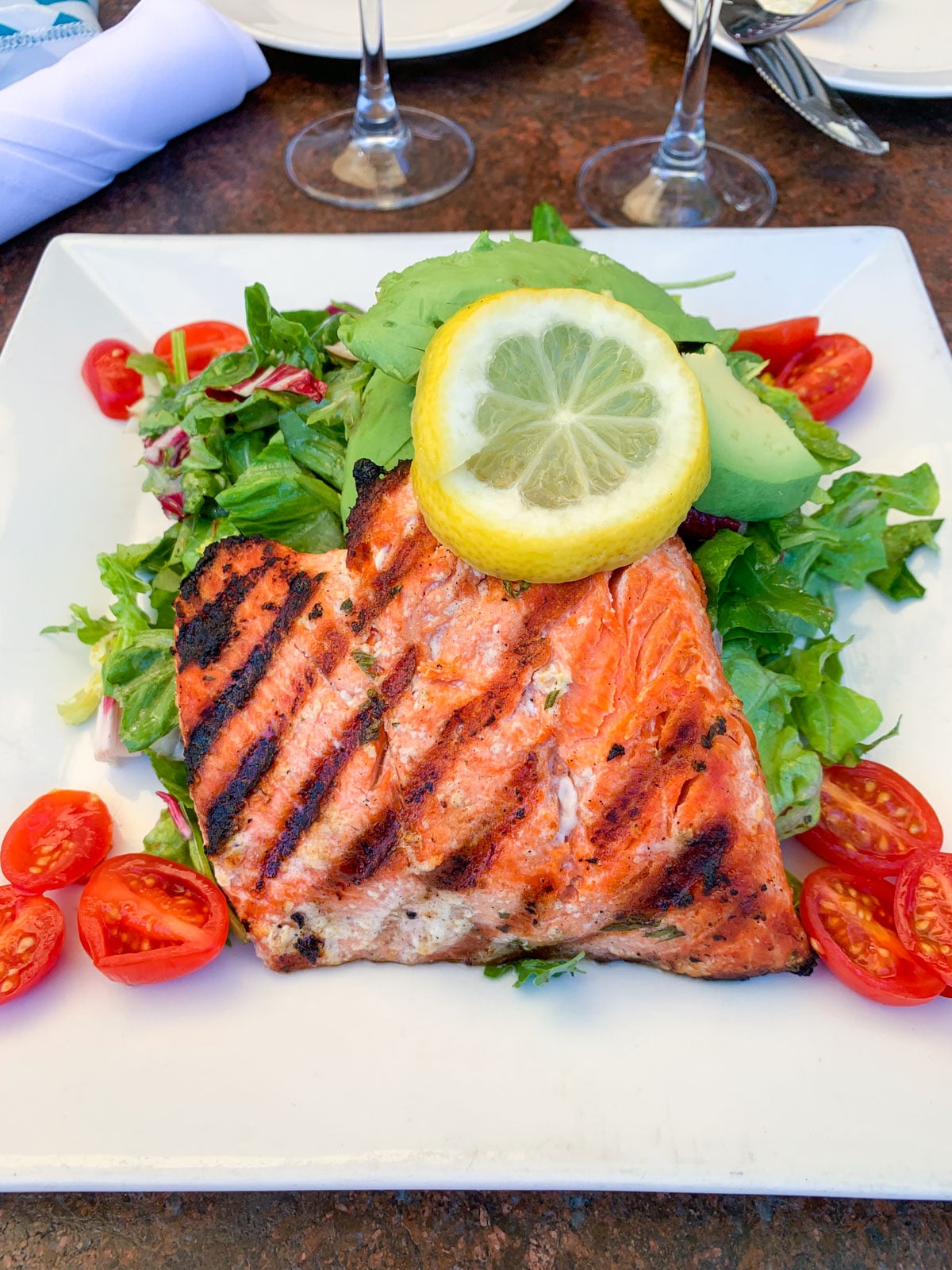 With a side of grilled prawns because I was craving them! 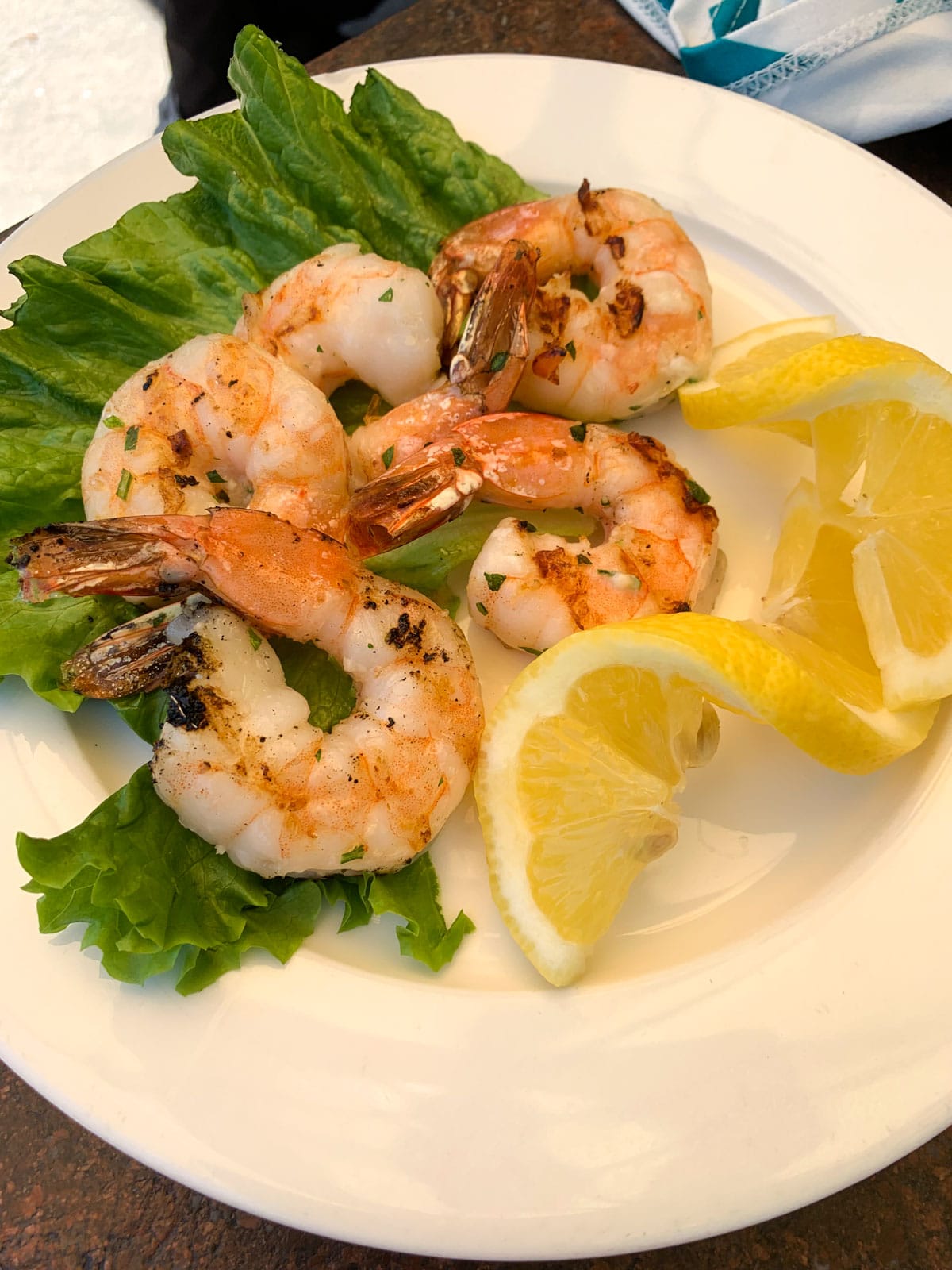 After lunch, we headed accross the street for gelato (sorbet for me!) 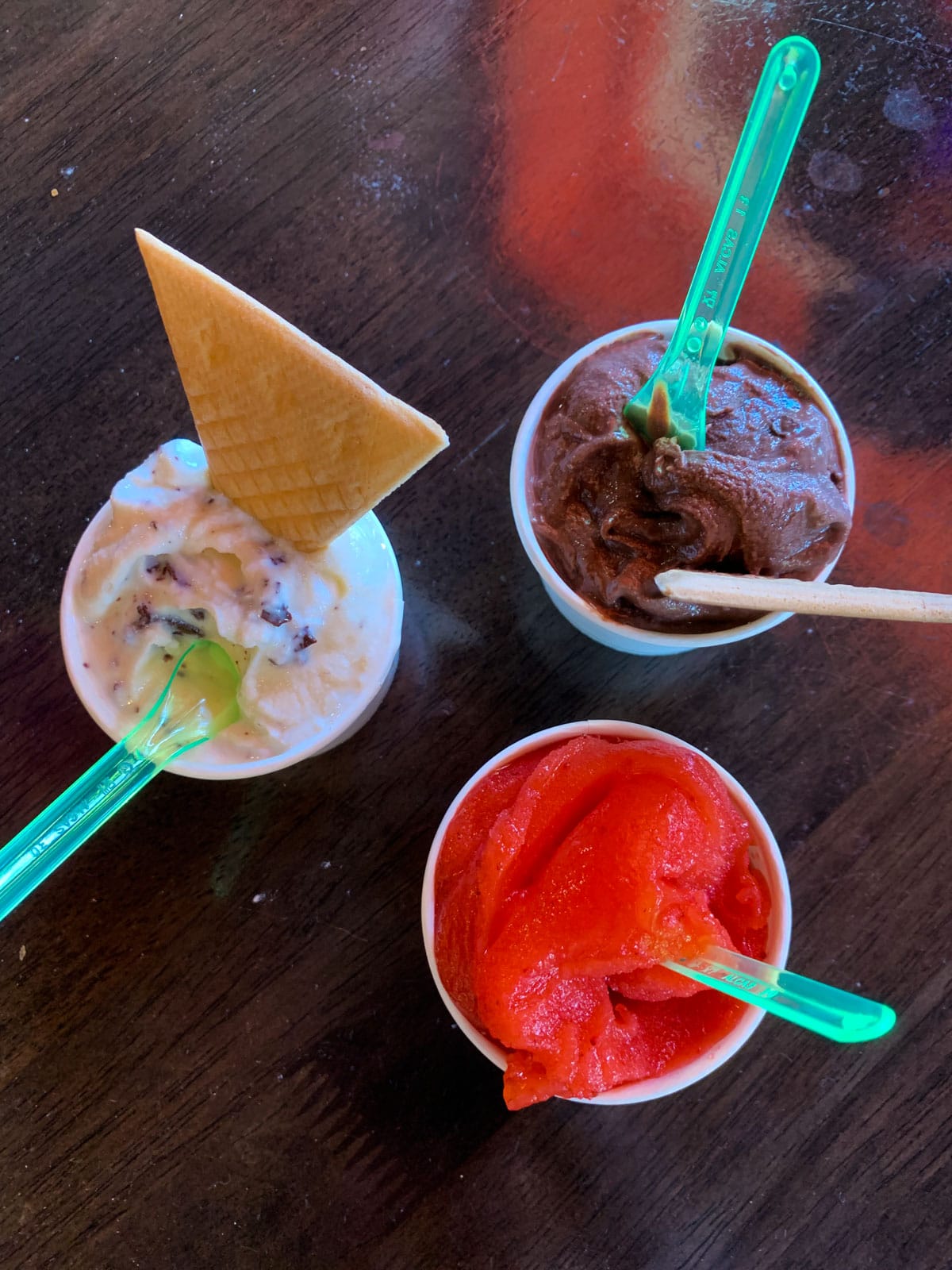 Unfortunately, Baby K peed through his diaper around 4 am, and I had a hard time getting him back down.  He finally fell back asleep with me in our bed for a couple of hours, but it kind of threw off the whole day.  His plane ride back home was far less smooth than the one to our destination, but that’s how it goes with babies!  I figured we got off too easy on the way there!

Would love to hear about your Easter weekend or your first time traveling with a baby!

One thing we learned is that we need to get a stroller bag for the Bob because checking it at the gate is a lot.  (Especially when they make you break it down through security.)  I’m also not sure I would bring the boppy again, I used it a lot, but it was just one more thing!