Happy Friday!  We came home to our rose bush in full bloom, what a nice little surprise! I love the smell of roses.  In fact, my favorite candle from Yankee Candle Company is the rose scent, I haven’t bought in forever, but it’s amazing. 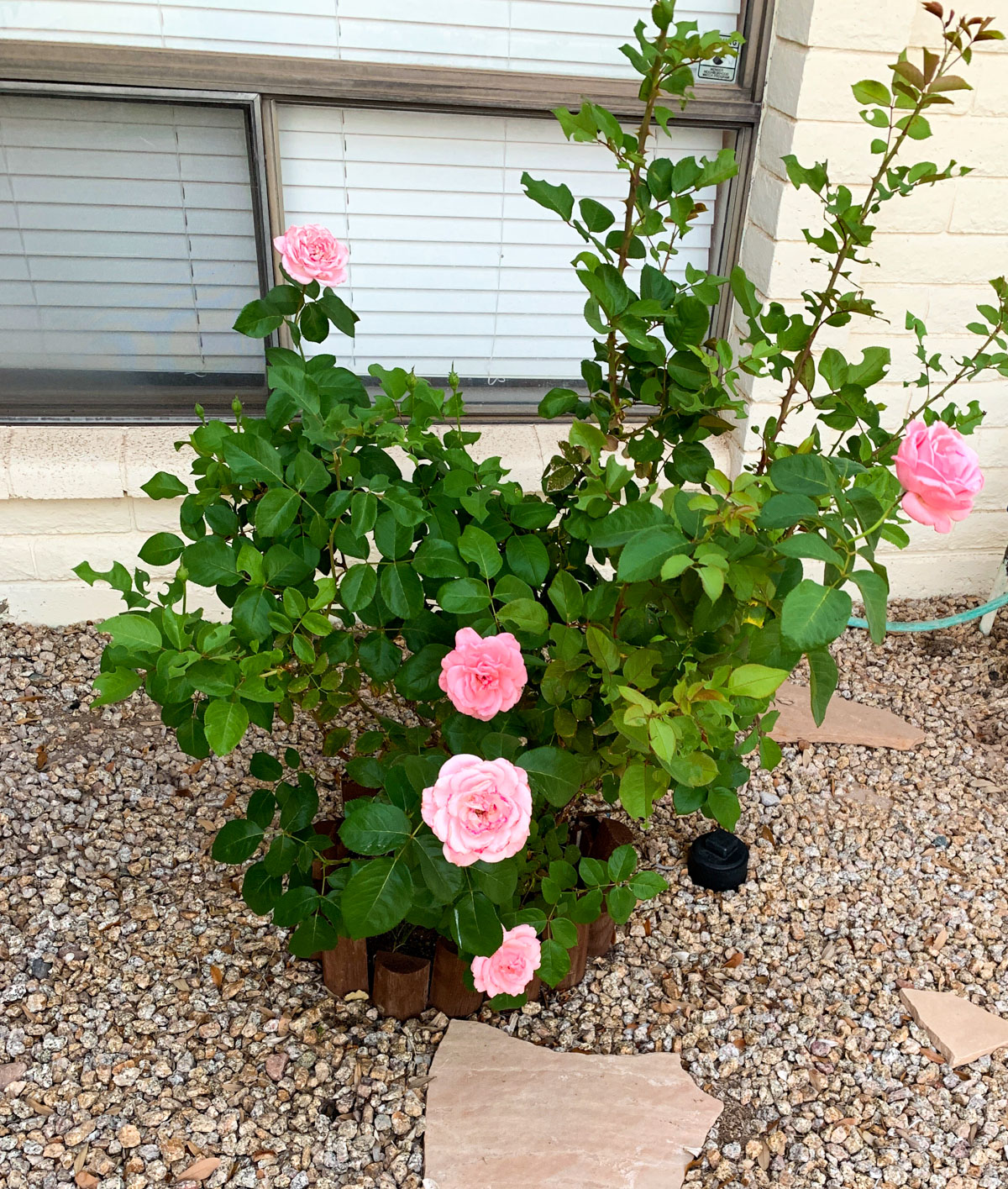 What is your plan for this weekend?  I have one goal, and one goal only.  Get our electronic photo album set up that I received for a Christmas present.  If I can do that then the weekend will be a success!  It’s the little things people!

When we got home Wednesday night I decided it would be worth it to order our groceries from Sprouts.  I felt the same way about it as I did last time I ordered groceries using instacart.  I think it’s great in a pinch, but a couple of the items were “off” aka not quite what I wanted so I still prefer to shop myself. 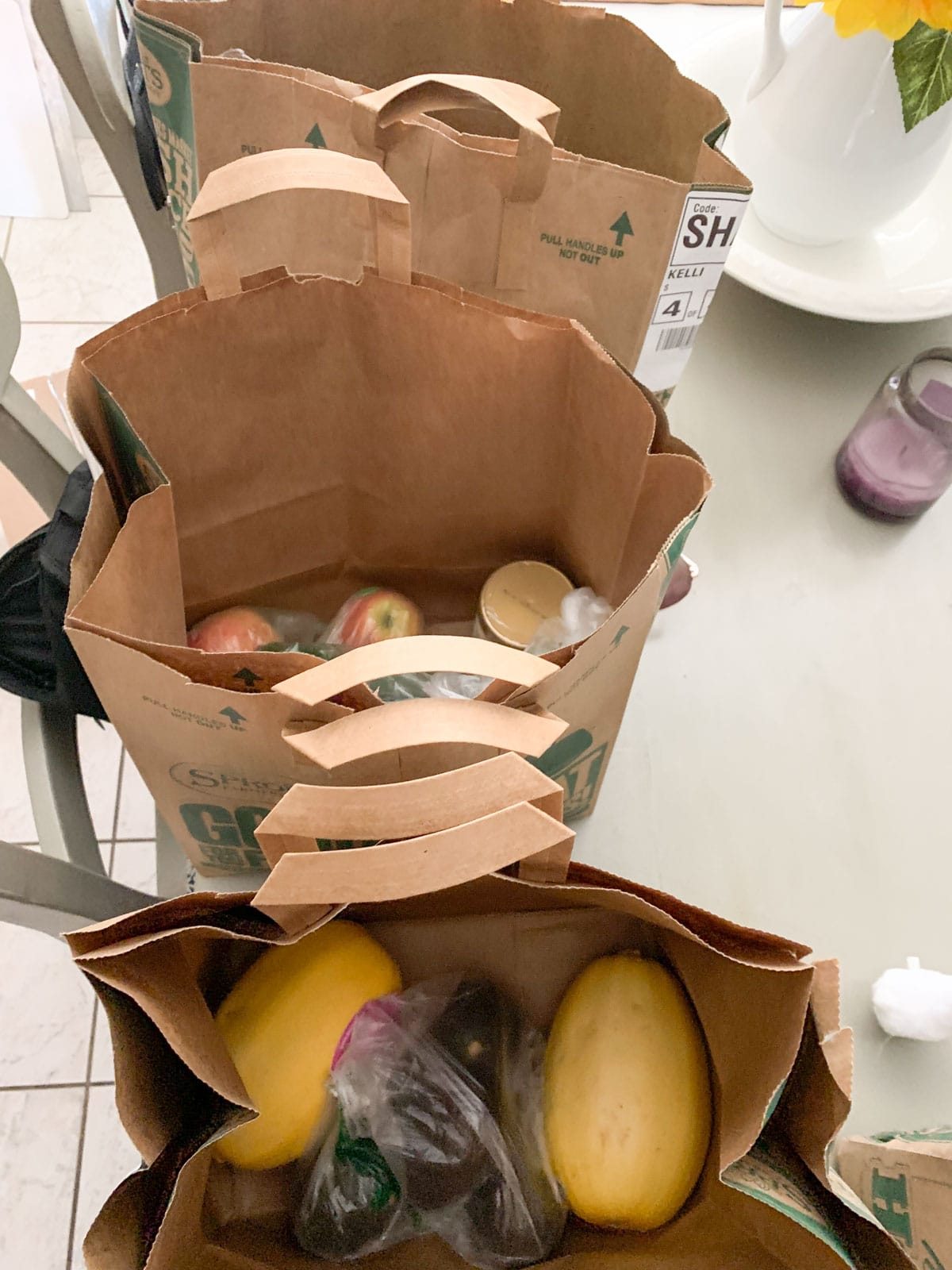 For example, they bought steam in the bag Brussel sprouts but I wanted the regular petite Brussel sprouts that weren’t prewashed.  They also bought flax milk with protein and I like the plain version without protein.  Because I’ve ordered before I knew that might be the case and thought the tradeoff would be worth it this week since we had NO food in the house.

She showed up right before I put the baby down for his nap so I put them away while he was napping.  So much less stressful then dragging him to the store when he was already overtired from traveling.  If you find yourself in a similar bind, you can use the code KSHALLAL1BC to wave the delivery charge on your first order or use this link.

That being said I tried out two new egg-free products I noticed on Instacart that I was really happy with so I wanted to share them! 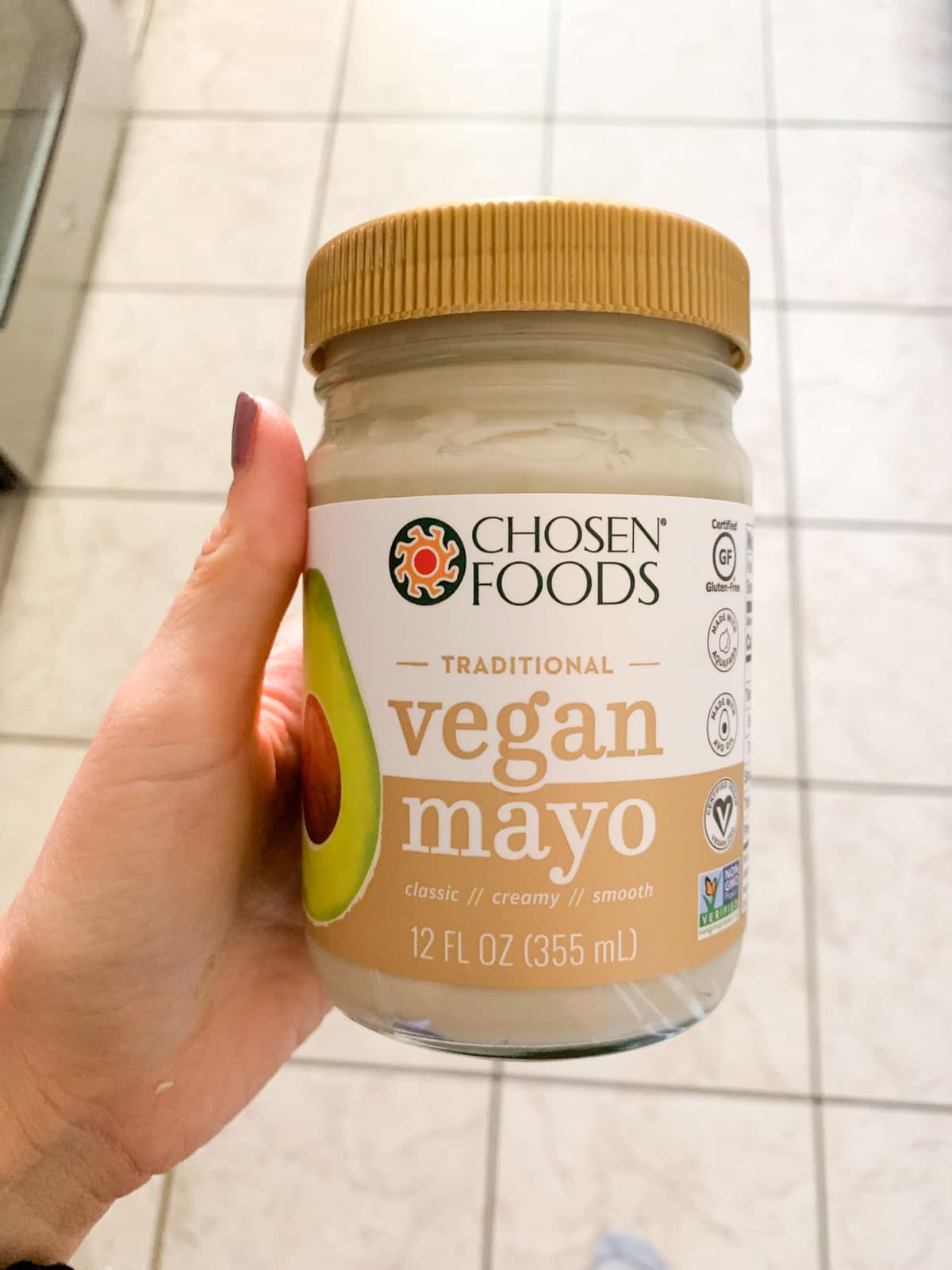 I don’t use mayo a lot, but I do like it.  Finding an egg-free substitute is hard because most products are loaded with soy.  Chosen foods uses aquafaba or “bean water” in their mayo in place of eggs.  Here is what their website says about it:

“Aquafaba is the liquid leftover from soaking or cooking garbanzo beans. The water absorbs proteins and starches from the beans, becoming more viscous along the way. Its viscosity is similar to that of eggs and egg whites, making aquafaba the perfect egg substitute.

We’ve blended aquafaba with our favorite oil, avocado oil, to create a 100% vegan mayo that can truly be described as plant-based. Use our mayo as you normally would – on sandwiches, wraps, or as a base for sauces and dressings.”

I thought it was delicious, pretty close to actual mayo.  I’ll have Mr. Hungry taste test as well and report back! 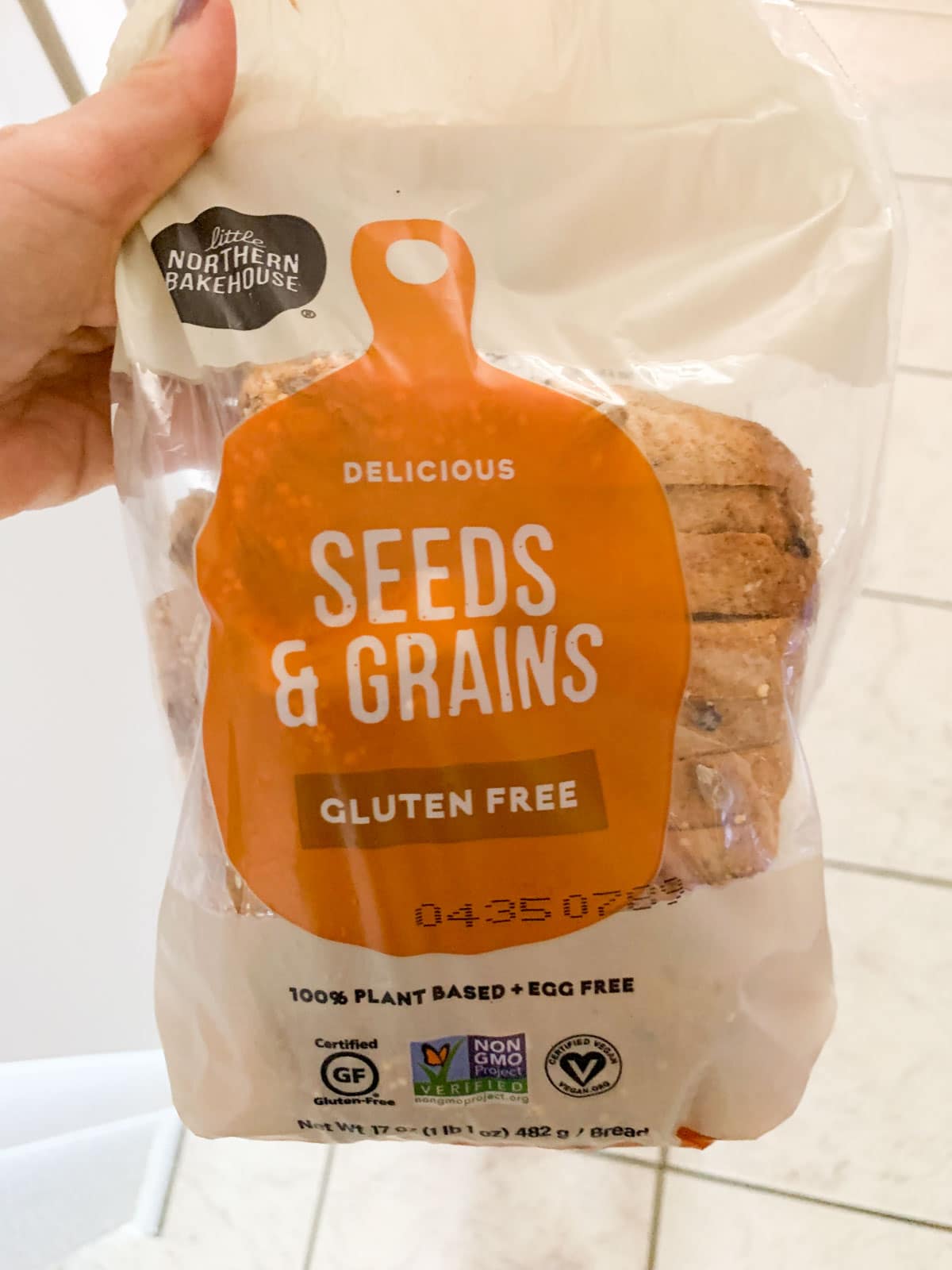 I’ve been missing bread, well mostly I miss things you make with bread like sandwiches and toast.  I actually don’t think I would have noticed this if I hadn’t ordered on Instacart because I don’t even go over to the bread section anymore, no need to depress myself ha ha.  I’m happy I did see it though because it’s pretty tasty!  Definitely better than the gross sponge bread I used to get for Mr. Hungry when he had to be egg free for a while.  I was expecting the worse and pleasantly surprised by this bread!

I made a chicken salad sandwich with 1 can of chicken, 1 avocado, 1 spoonful of vegan mayo, and a squirt of mustard on toasted bread.  It was DELICIOUS!  Made me feel normal again. 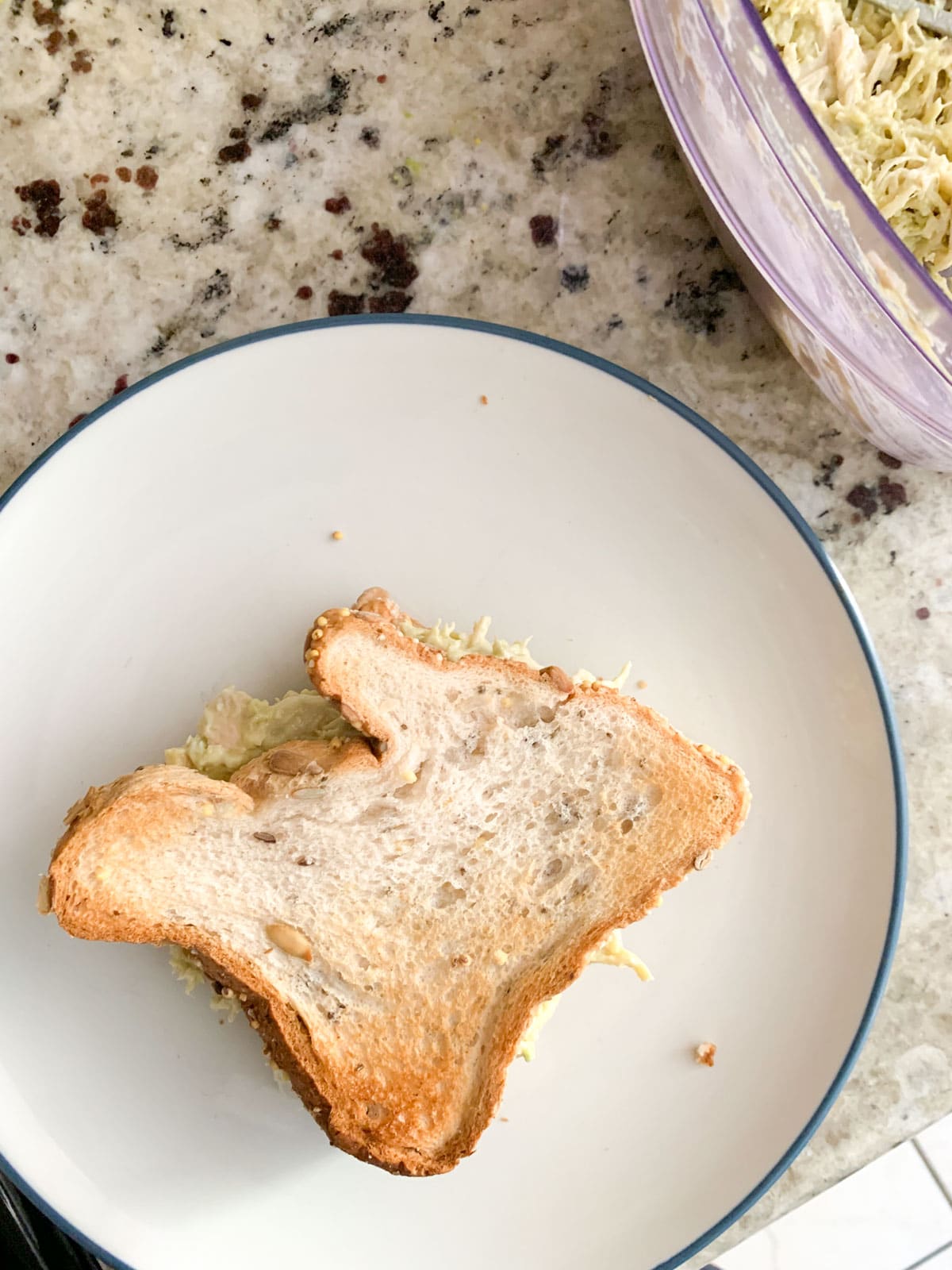 I also updated my list of MSPI elimination diet favorite foods to include these two finds!

While I had grand plans to workout while on vacation, it just didn’t really happen.  My knee was feeling a little weird after my run around wine country and honestly, it was a lot to coordinate with the baby so I decided to just let it go.  We did, however, do a ton of walking while we were there!