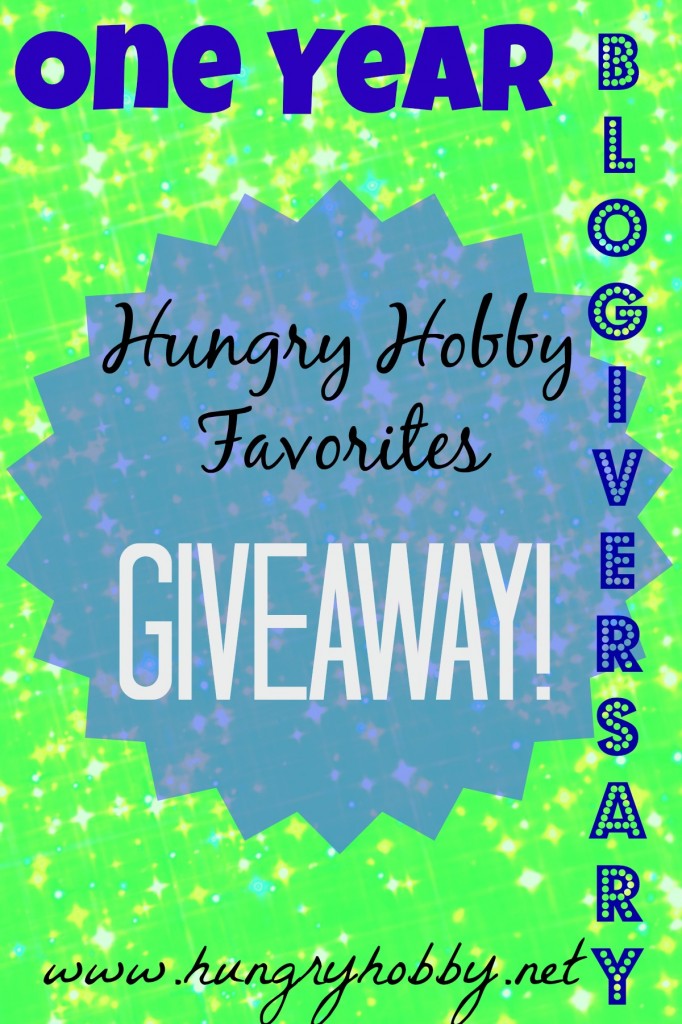 I don’t even know where to start, I’m so excited by this I can barely stand it!  In honor of my first blogiversary, Hungry Hobby now has a Facebook Page! Banner and logo designed by Julie from Blogger Boutique (she also designed Hungry Hobby as you see it today.)

You guys have been with me for so much this past year, you’ve seen me pass the RD exam, become an RD, get married, and so many more milestones in just one year.

I’ve fallen in love with blogging and the blogging community, but it wouldn’t nearly be as much fun without you, my readers!  In honor of you guys that make Hungry Hobby a reality (because if I was the only one reading my blog it just wouldn’t be as fun… I’d pretty much literally be talking to myself…)  I’m hosting my first GIVEAWAY!  The lucky winner will receive favorites from the Hungry Hobby kitchen such as quinoa granola, Sunbutter (sunflower seed butter) and homemade cookies (your favorite kind)!

TO ENTER TO WIN:

2.  A second entry for “Liking” Hungry Hobby on Facebook, leave a comment letting me know you liked the page.

I’ll randomly choose a winner next Friday, good luck and thank you so much for reading and sharing in Hungry Hobby with me, it wouldn’t the same without you!