The last giveaway is under the favorites section, all winners from this week will be announced on the Fourth of July!

(heads up it’s kind of long but the rest of the Friday Favorites is underneath so just scroll past if you aren’t interested.)

Hi friends! So many of you asked about Nala’s vet visit yesterday on IG stories so I thought I’d do a little update here.  Yesterday, before we went on a walk I accidentally dropped a trail mix energy ball on the ground.  I was in a hurry to get out the door so I set it on the counter to throw away later and left for our walk. 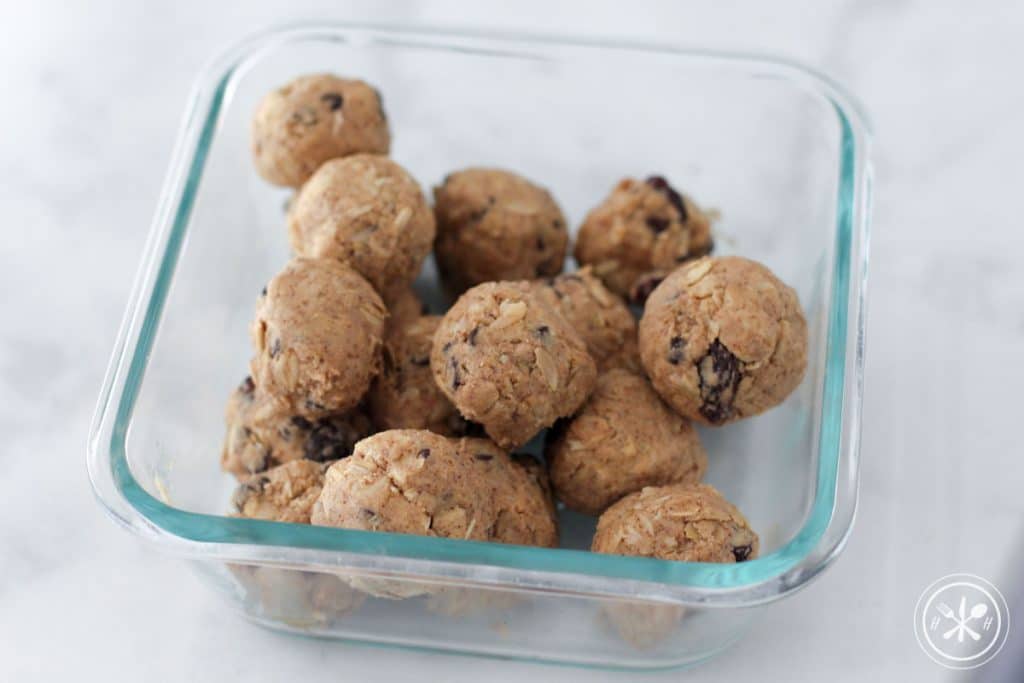 Of course, I forgot about it when we got back but Nala didn’t.  At first, I didn’t freak out because I figured it was fine.  I was more worried about the almond butter than anything. Then I read all this stuff on google about how raisins and grapes are SUPER poisonous to dogs.

I had to wait an hour till my vet’s office opened, they then advised that I make her puke with some hydrogen peroxide, that took a while, but I did get her to vomit about an hour later.  In the vomit (yes I went through it, so lovely) I found four raisins.  In each protein ball, there is probably 3-5 raisins so I was fairly confident it all came up, but not totally sure.  Since I couldn’t get her to vomit anymore I took her to the vet. 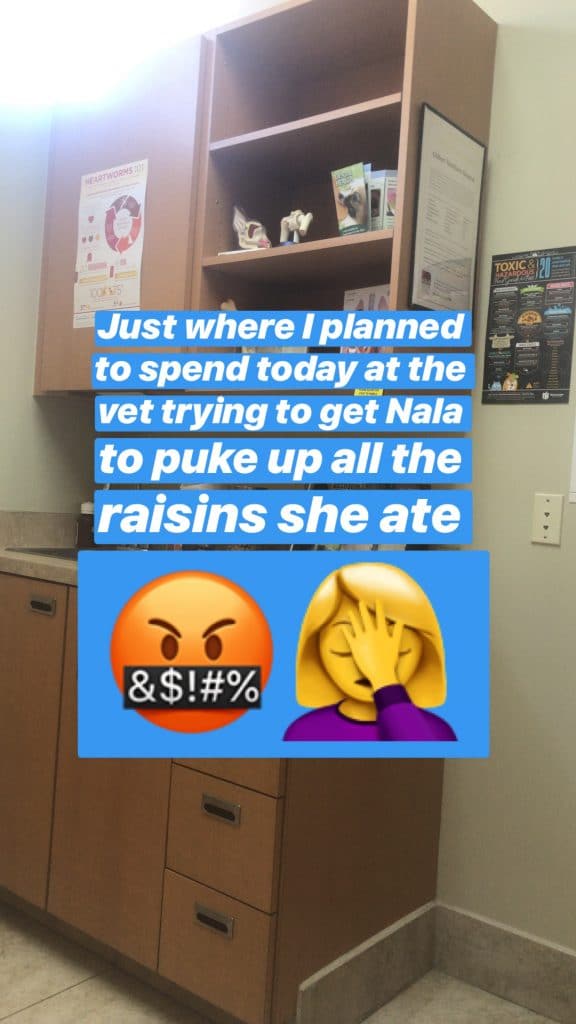 They induced more vomiting and found no more raisins.  They gave subcutaneous fluids and drew baseline bloodwork.  Apparently, raisins and grapes are one of those things that are kind of iffy.  Some dogs eat a dozen or more and are fine, some eat one and die of kidney failure.  We were given the option to keep her on continuous fluids at the emergency room for 48 hours, but as the vet said, they may be an expensive preventive measure for nothing.

I ask the vet what she would do if it were her dog and she said that in my situation she probably wouldn’t do it.  Then again, as she said, she has the ability to give her dogs fluid at home if she got worried about it. Daminit, screw nutrition, I knew I should have been a vet. 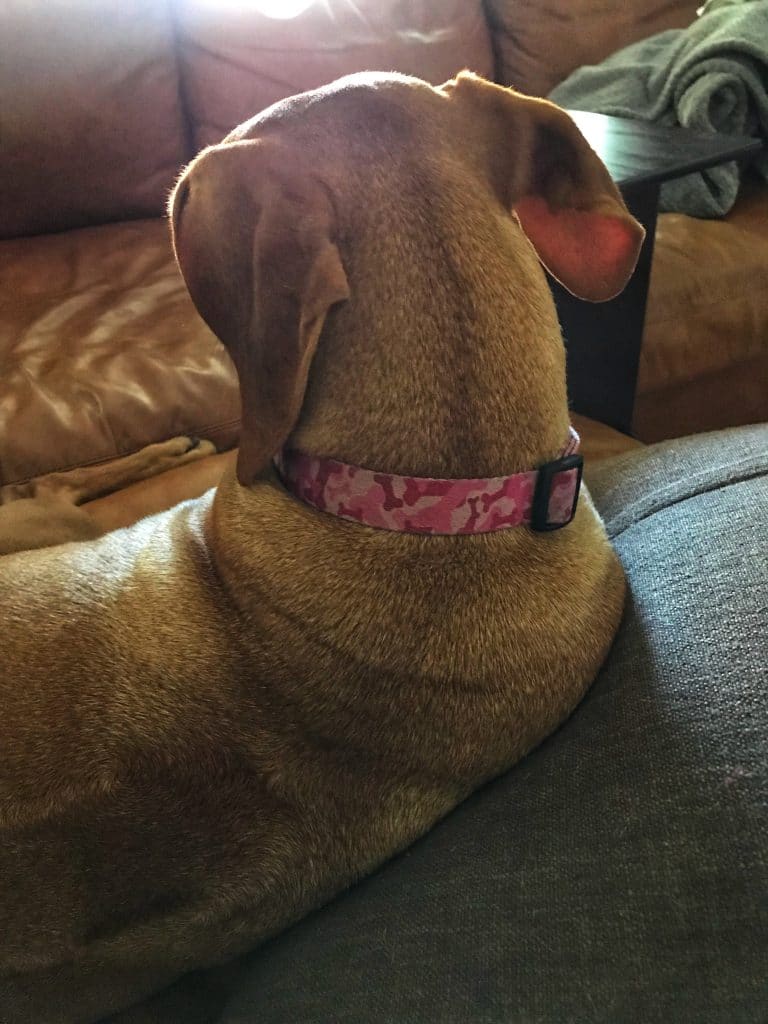 So we opted to do the subcutaneous fluids (you can see them in the picture above around her neck) and hope everything is fine, which like they said it most likely will be they just can’t guarantee it.  She could be one of those dogs that don’t handle the toxin well, or she could be one of them that can eat 50 of them without problems. They don’t know.

She drank a ton of water and we are doing everything possible to keep her hydrated.  Hopefully, we got her to vomit all the raisins out and no damage was done.  We will go back for follow up blood work in 2 weeks to check on her kidneys until then we just monitor her for signs of illness (vomiting, lethargy, etc.)  I let you guys know how that goes.

In the meantime, I literally threw out all the raisins we had in the house.  Raisins and grapes are now officially banned from my house, so don’t expect recipes with those any time soon! Trail mix energy balls will now be made with dried cranberries instead.

Ugh, what a morning and now three weeks of waiting to see if my dog will have permanent kidney damage.  As if this pregnant mama wasn’t anxious enough as is, but that’s life I guess.  Just in case you don’t have the list because so many people told me they didn’t know that about grapes and raisins (me either) here is a list. 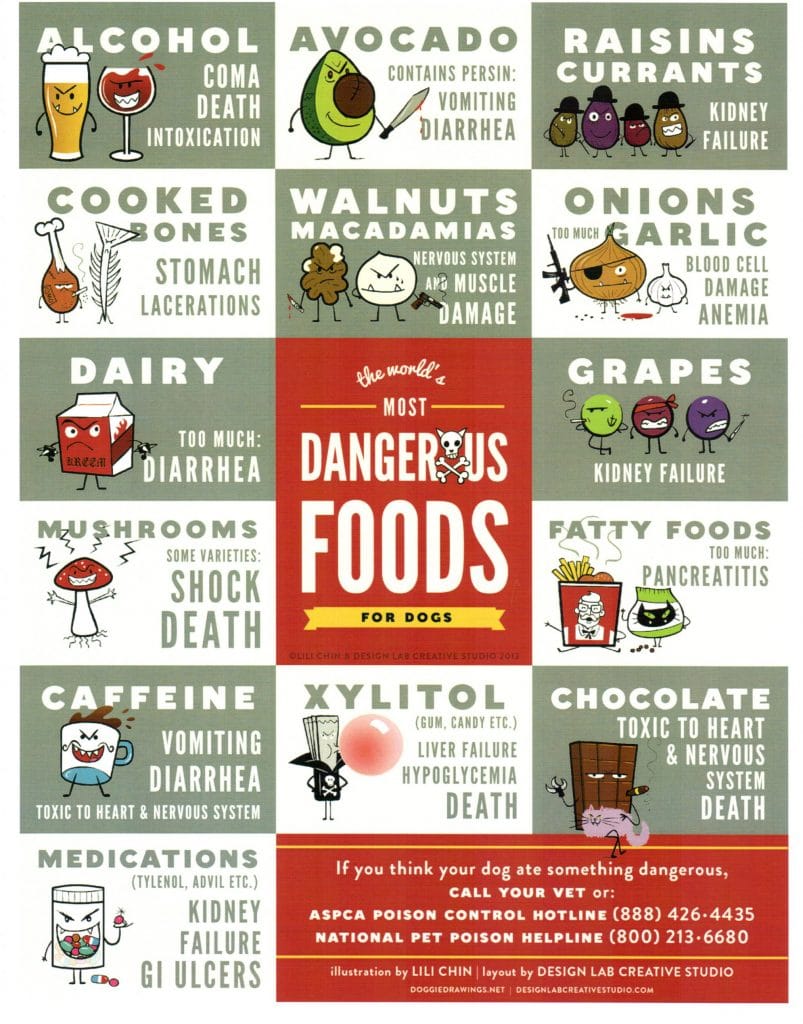 But it’s like Mr. Hungry says, dogs can eat certain amounts of chocolate and usually be fine, especially if they are big dogs.  I feel like there should be more of an emphasis on the fact that raisins/grapes = IMMINENT DEATH *if your dog can’t handle the toxin.  Okay, I’m done rambling, just insert a few inappropriate words here that I’m currently mumbling under my breath and that’s about it.

I’m not being very specific about the weights I use because it changes all the time.  I am getting more comfortable doing all kinds of workouts and less comfortable at the same time.  My shoulder has good days and bad days, mostly depending on how I’m sitting.  Wednesday I was in the car for about two hours and had zero pain, I think that’s because

I sit up super straight in the car (I have a big car and set the seat to perfect posture.)  My doctor did run some bloodwork to rule out gallbladder/liver issues since those are common in pregnancy.  I’m fairly confident it’s just muscular though.  More on that though in the next prego update!

Friday (6/22) – 2.5 mile walk – no workout because we waited a billion hours for our baby furniture to be delivered.  That’s a whole other story though. 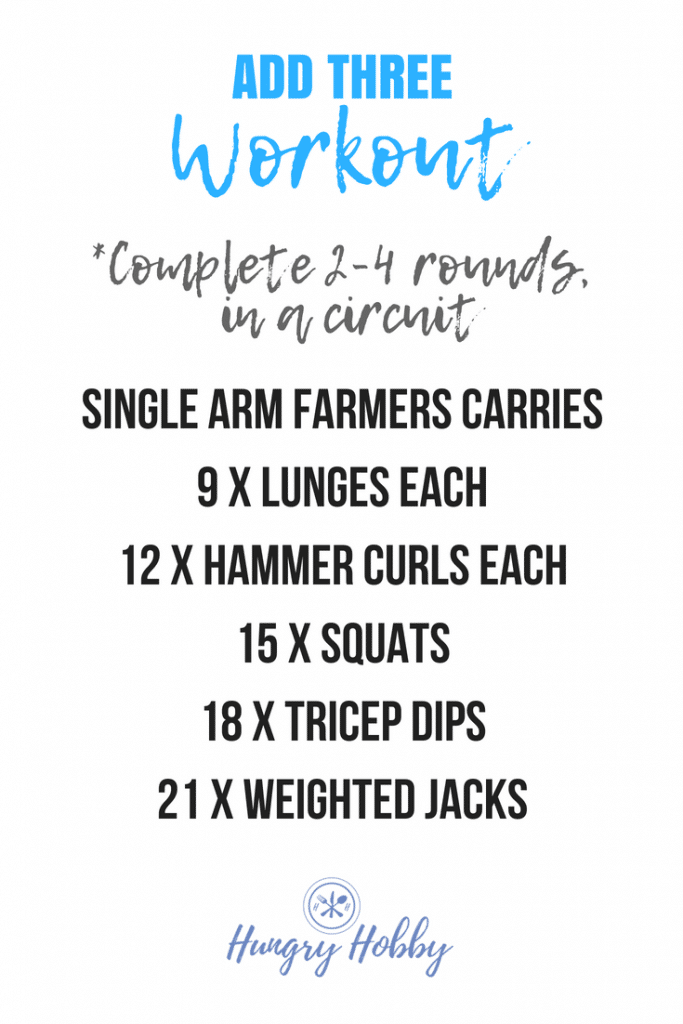 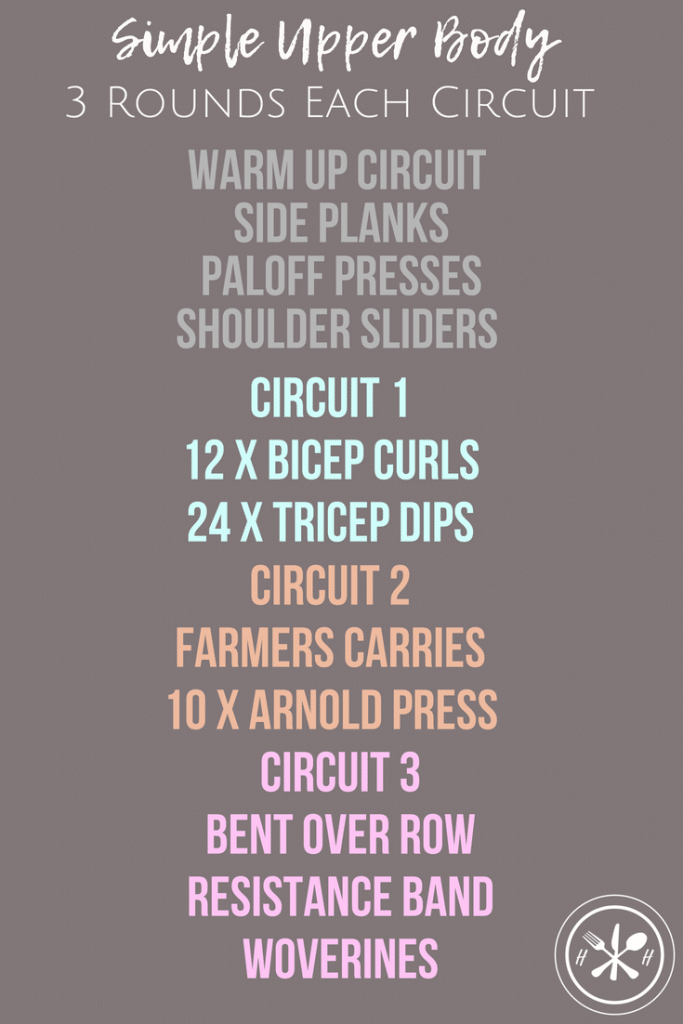 On the food front, I’ve had some really good meals!  Earlier this week I had Zinburger with my RD blogger friend Claudia.  I got the Zinburger and we share some sweet potato fries.  I did also eat a salad which I’m always proud of these days. 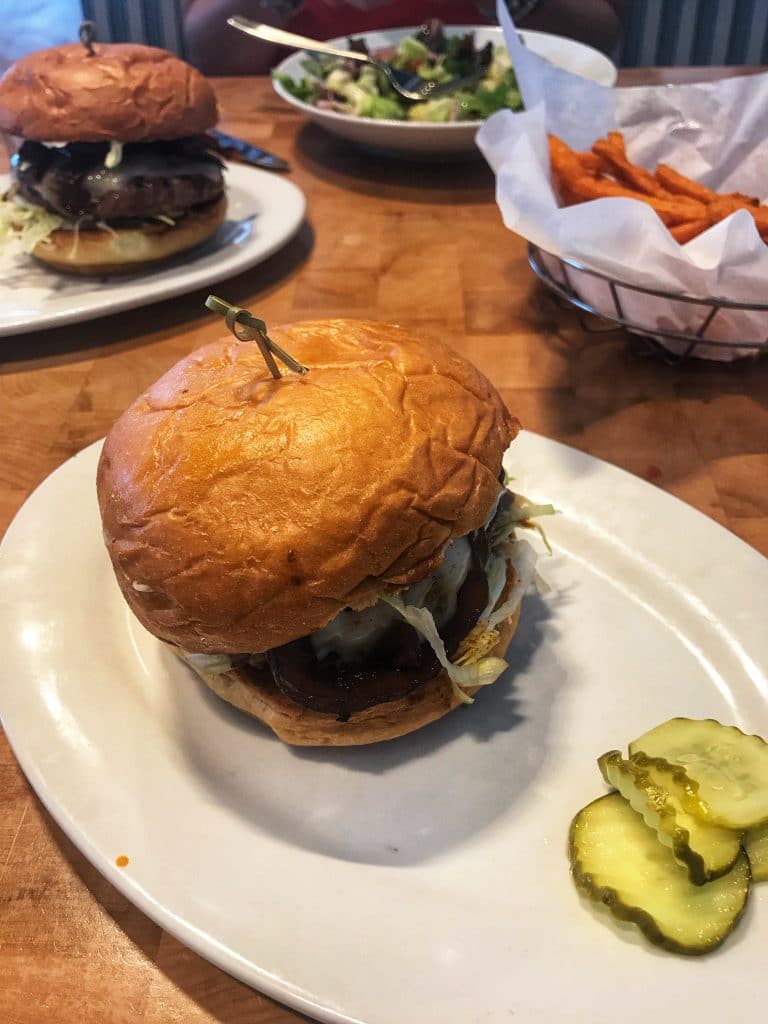 I also had some cooked sushi one night which I felt kind of ish about.  Other favorites this week have been Starbucks feta wraps, Banza chickpea pasta, and the chile lime corn I posted yesterday! 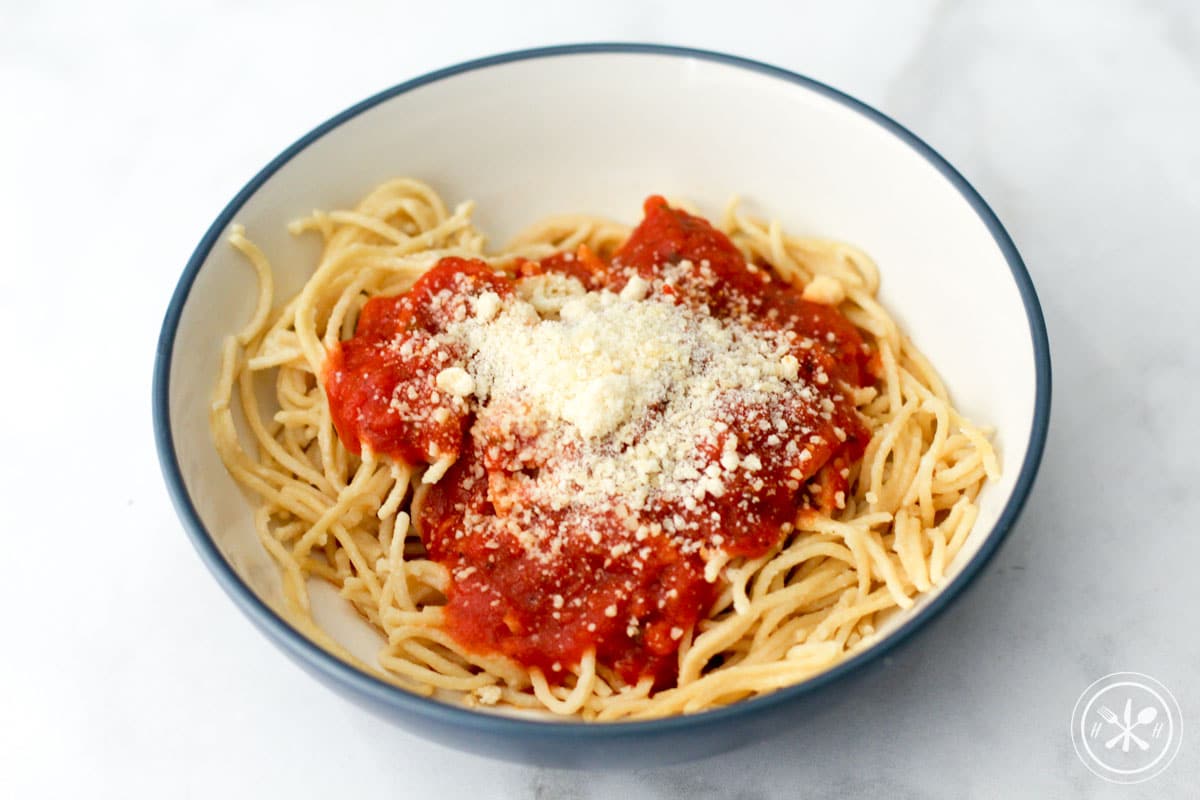 I get this question ALL THE TIME….. How Menstrual Period Differs When You are On Birth Control

Eating can be healthy and delicious – here are 7 recipes that may be new to you!

So the other day I left my thermoflask in the car for two hours, it was 110 out and when I came back my water was ICE COLD.  I love these things so I’m giving away one to you! 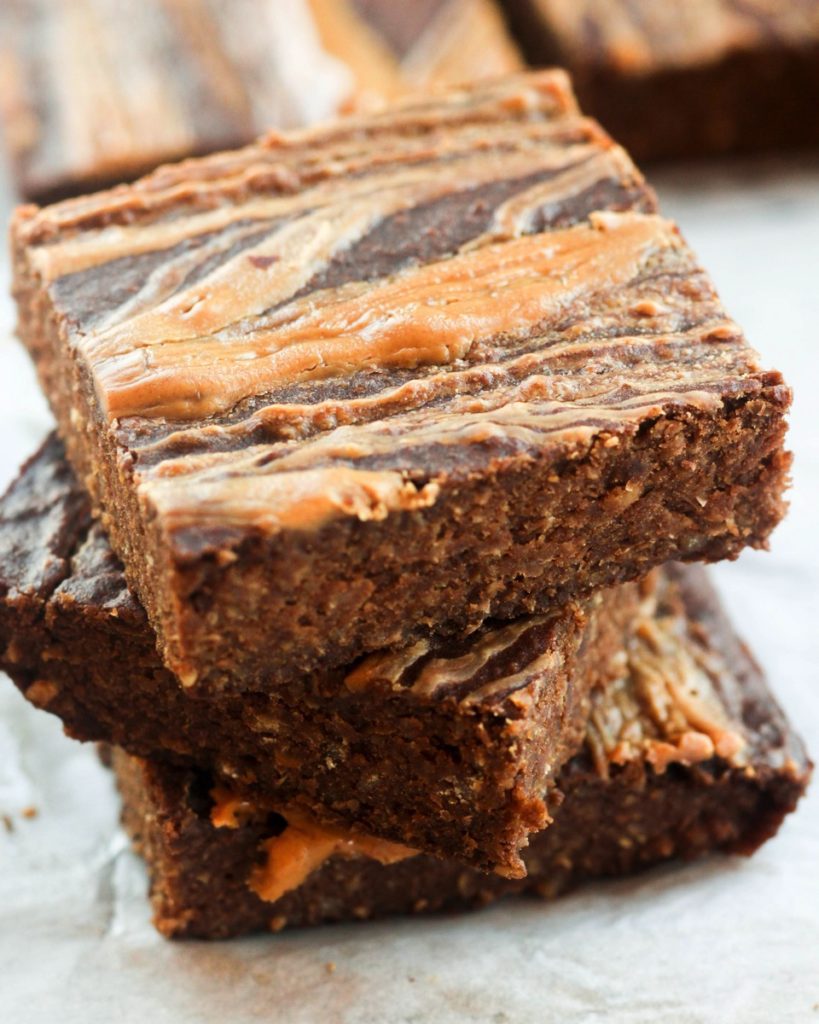 Nourishing Fats for the Gut 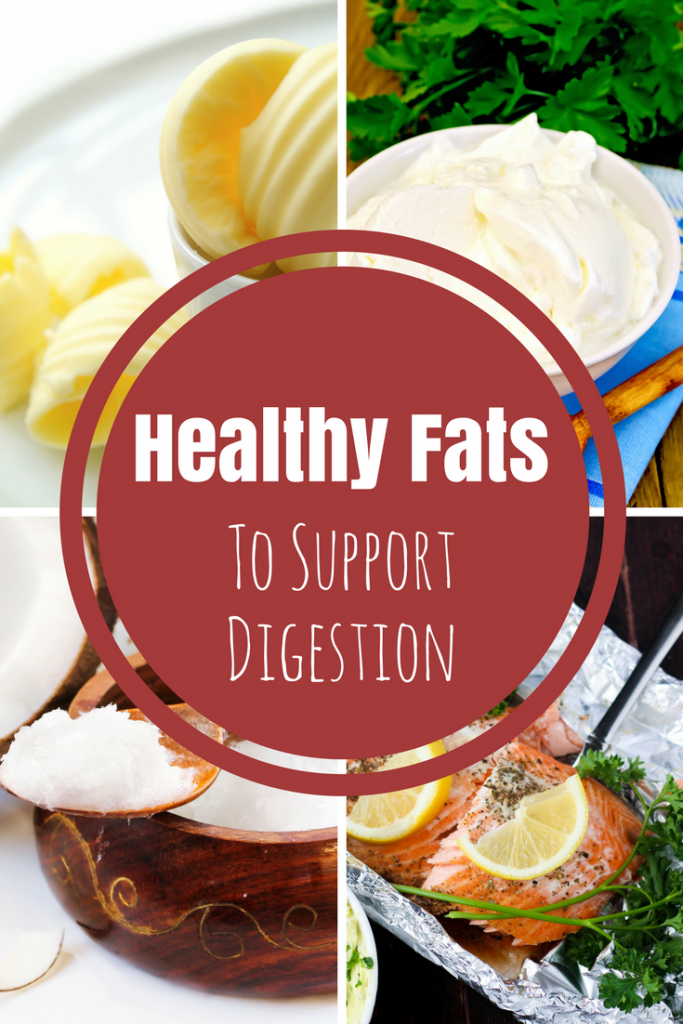