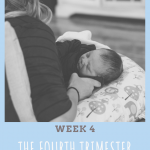 My view as I start this post pretty much sums up life as of lately: 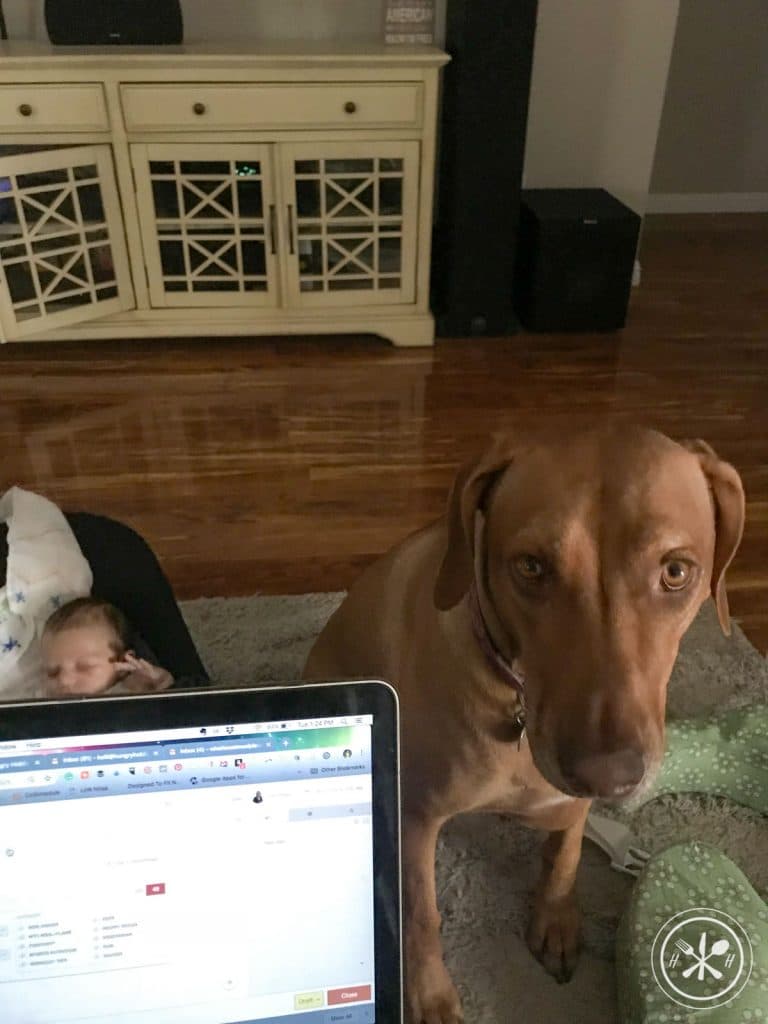 Yes, I’m still bouncing that bouncer with my foot because otherwise, he WILL wake up.  He isn’t a great napper, but we will get to that.  I had to go back and read last weeks post because things change so often I can’t remember one day from the next.  Just like they change from one moment to the next, exhibit A, Take 1. 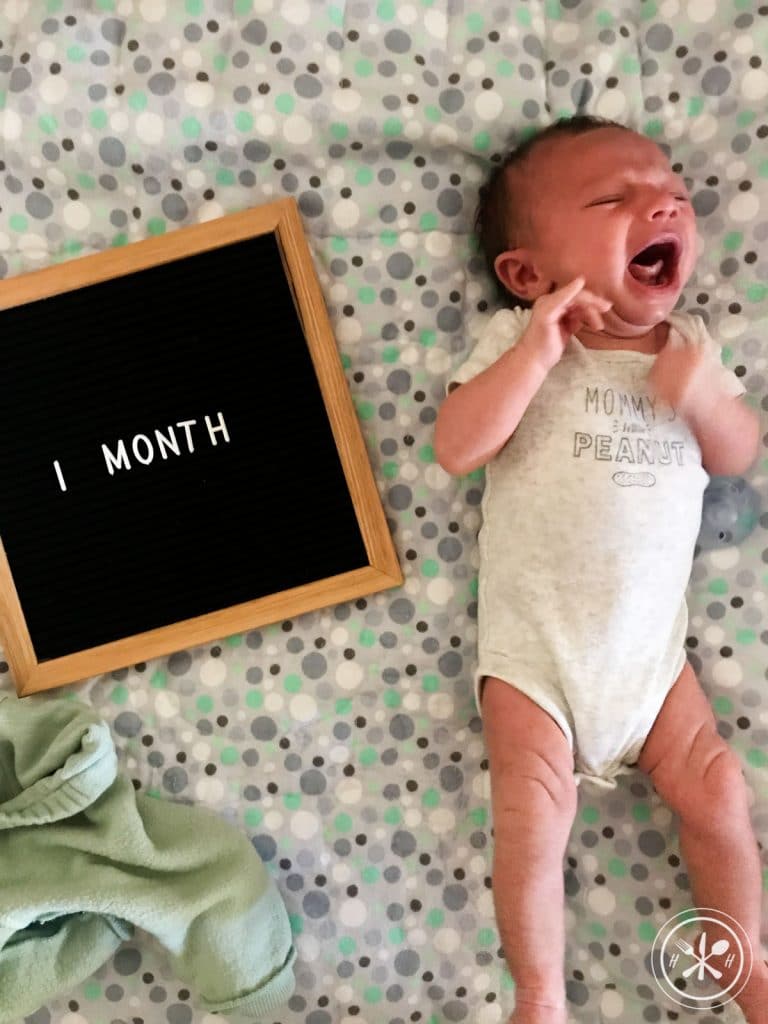 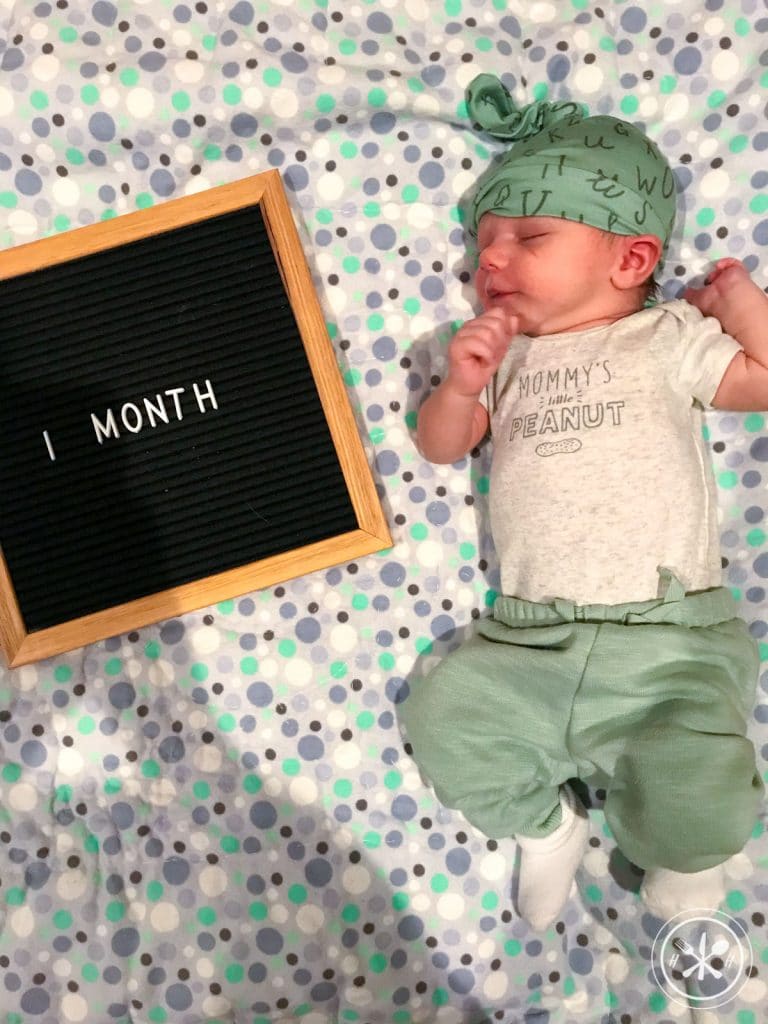 I tried all day to get a nice photo of him, but he kept screaming, I didn’t get the nice one of him sleeping until 630pm which is why it’s so dark.  Better late than never right?

PS that ABCD hat is my favorite thing he owns we always get compliments on how cute it is, my MIL ordered it from Copper Pearl.  (Link)

Since it was Thanksgiving week, I made a special note in my mind to be kind to my body.  To thank it for all the crazy journey it’s been on the last year.  My boobs have seemed to gradually increase in size over the last week, and as the slight stretch marks on my sides fade I’ve started to get some on my boobs.  I wear the same clothes every day.  Shorts or pants and my nursing tanks.  Sometimes I think they fit a little looser; sometimes I can’t tell the difference. 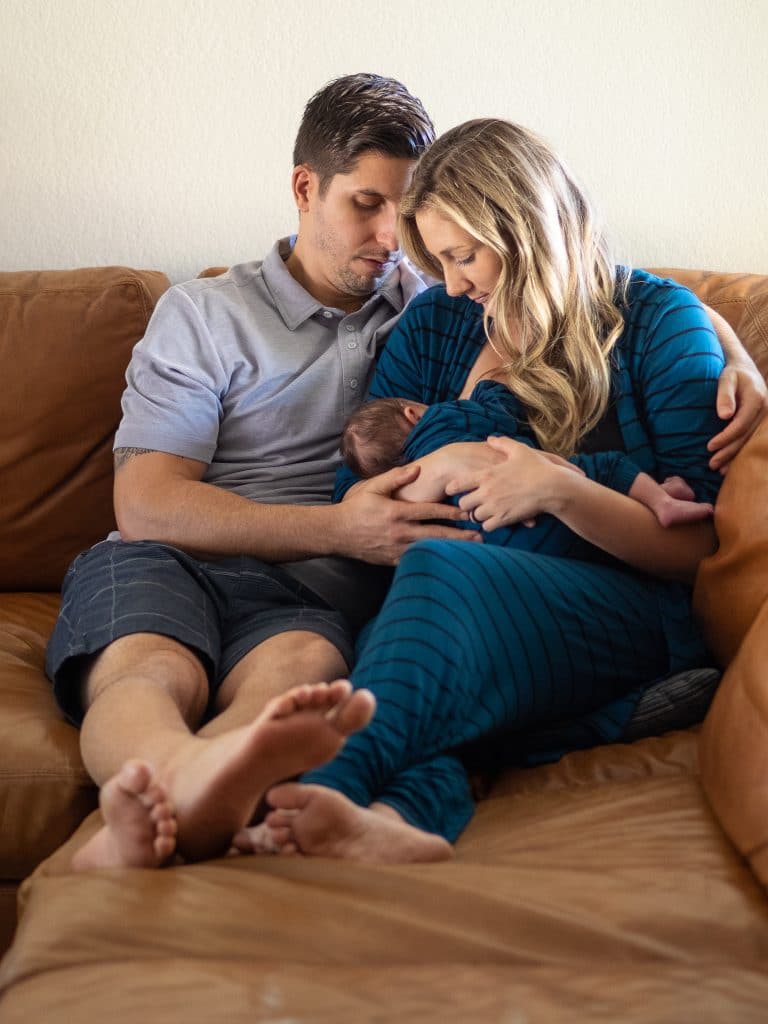 Thrush:  I was treated with one dose of oral Diflucan (from my general practitioner’s office), and the baby was treated with oral nystatin and nystatin for his diaper rash (from the pediatrician).  Since the last update, my breast pain kind of came and went.  I wasn’t sure if it was thrush still or if it was soreness/redness from starting to pump.  After reading some of the thrush handouts given to me by the lactation consultant at the breastfeeding group I attended I realized it said the protocol was oral Diflucan for two weeks, not one dose.  I called my OB, and I’m waiting for a callback.  Overall my pain has decreased, but my nipples are very red and sore.

As far as the baby goes, I noticed after two weeks on the nystatin his tongue still had that white residue on it that could not be scraped off.  So we tried Gentian Violet which I will never do again.  Not only is it messy, but he also hated it and refused to nurse for a full two hours after application.  It was HELL on wheels, my worst experience as a mother yet.  I’m crying; he was crying, Mr. Hungry was helplessly watching …it was horrendous. I think he was unable to kick the thrush because I wasn’t treated properly at the same time.  Hoping we can get this right this week!

Pumping:  I started using the haaka silicone pump during my early morning feeds.  I get somewhere between 1/2 to 1 ounce at a time.  Then I broke out the real pump, and I’ve been trying to pump after my midmorning feed (I back to sleep after the early morning feed, so I don’t want to pump then.)  At first, I got nothing; now I get about 1 ounce total which doesn’t seem worth it. I think I’m going to switch around that protocol.  If you have tips on pumping, I’m all ears! I’m planning to make sure my flanges are sized correctly at my next BF support group meeting.

Lump: I mentioned a lump last week that increases when my breasts are full and decreases or disappears when they are “empty” that I had my OB check out.  She had a name for it galacta something, it’s just tissue that fills with milk.  She said she would re-evaluate at my 6-week visit and order an ultrasound then if I want.  But, she said she didn’t feel anything that was alarming or concerning.

Latch: I’m going to discuss this with the pediatrician this week.  The LC thought maybe his tongue tie had grown back or was not cut enough to begin with so we will see what he thinks and go from there. 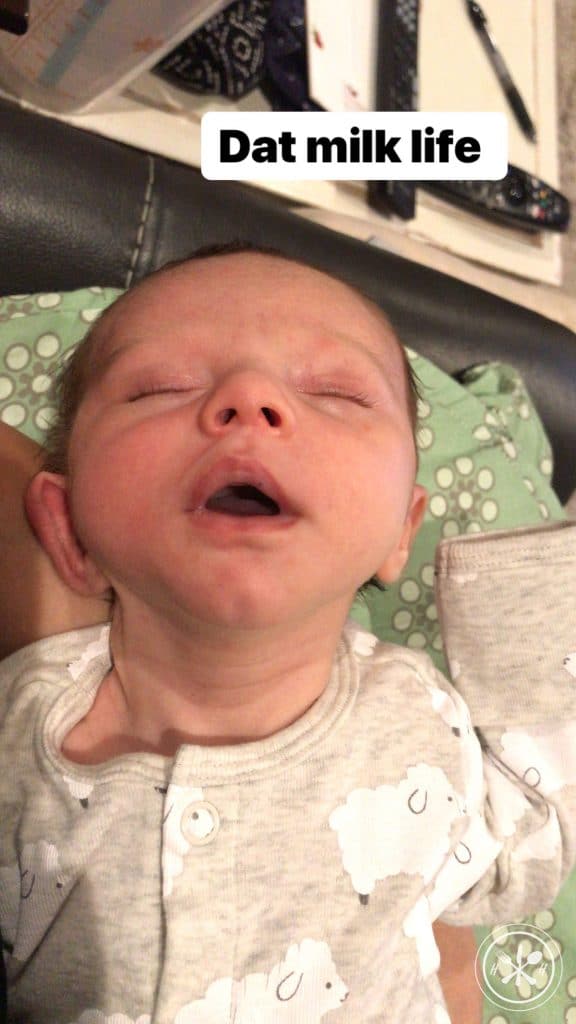 I’m still considering the 2-3 hour stretches of sleep at night in his bassinet a win.  I’ve heard about babies sleeping through the night or sleeping 5-6 hour stretches, but KJ isn’t one of them.  It is what it is; I’m still thankful for those 2-3 hour stretches at a time because it was so bad before.  I’m also grateful that if he has trouble getting back to sleep after one of the feed Mr. Hungry wakes up and helps him get back to sleep, so I don’t have to be up breastfeeding and trying to rock him to sleep.  Most nights I’m getting 7-8 hours of rest between the hours of 930pm and 9 am.

Appetite.  Up and down. 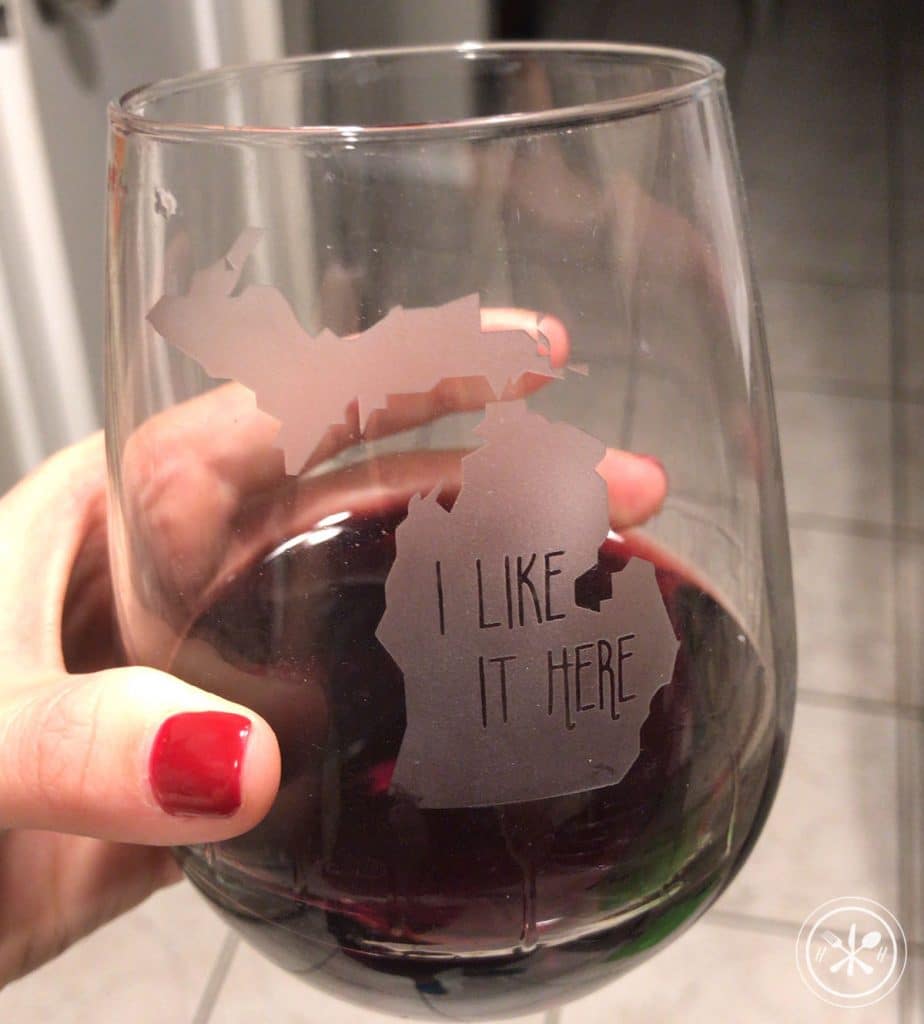 Now that I’m getting more sleep I feel better.  I try to do one thing for me each week like last week I got my nails done which made me feel like a new woman.  I shower every night and put makeup on every day.  That makes me feel like a human being ready to meet the world.  Taking baths a couple of times a week is everything.

She is still doing well.  She still shows mild interest in the baby.  It’s unfortunate when she decides to shake off right next to the baby that I’ve just gotten to sleep (and sleep doesn’t come easily in our house.)  But, I know that isn’t her fault she is just being a dog, and I try to give her extra love whenever I can.

Walks are 2-3 miles about 45minutes to 60 minutes.  I’m itching for a more intense workout though.  Just a little sweat would be great to release endorphins. I’m not sure when or how I’ll fit that in but I can’t wait to do it in a couple more weeks!

What I’m Loving This Week