So working out this week?

Well, better than last week.  I walked three times with Nala ha ha #winning.  My back/hip issues still suck if I sit pretty much anywhere but the couch, surprisingly though, that’s not whats limiting me.  I switched to the new Brooks Glycerin’s a couple of weeks ago thinking that it would help my back/hip (right side) flare to get into new shoes.  Turns out this new version of the Glycerin’s, which I have worn for years, are not for me.  They caused some super shitty hip pain (on the left) that made me have to stop even walking.  I thought it was just a coincidence but then I wore them again on walks with Nala and they gave me shin splints on the left side only.  I’ve only ever gotten shin splints on both legs, never just one at a time.  That’s how I knew Dr.K was right, yet again.  Today I’ve actually got to return them and see what I can find to replace them.

PS a number of you have asked what the heck is going on with my back/hip.  Here is the quick story: about four years ago I developed issues sitting after a long run.  One chiropractor, two physical therapists, prolotherapy (technically chiropractor #2), two injections and two years later I still was in a lot of pain.  I relied daily on strong anti-inflammatories, it was terrible.  Dr.K was doing a presentation on piriformis syndrome at Life Time and when he saw me stretching, so he used me as an example only to find out it was a back issue not piriformis syndrome.  I was reluctant to see him but I’m glad I did.  I was able to get off medication except when sitting long periods of time.  Then, when I started working from home and could basically not irritate it by sitting on the couch or standing, it basically resolved over the course of a few months.  The last time I gave a full recap was a while ago but here it is.

Someone commented on the blog survey that they liked I don’t seem obsessed with working out.  Which I thought was hilarious because I actually am pretty obsessed BUT I get injured so frequently (shin splints, hip issues, SI joint issues, shoulder problems, QL issues, chronic back pain, you name it) that I basically have learned how to live without it when needed and not lose my shit when I can’t work out.  So there is that.  Speaking of the blog survey, have you taken it yet?  I’m giving away two $25 Amazon gift cards to thank you for your time and responses!

aka what I ate yesterday

I woke up and had coffee with two scoops collagen.  Ugh, trying to bring down my caffeine consumption so I’m doing half decaf and half full strength with 1/4 cup chocolate peppermint almond milk. 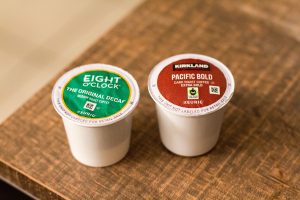 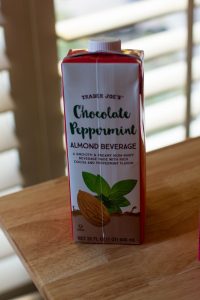 I also had a slice of healthy pumpkin bread for seed cycling.

(No picture because I fail at recording again.) 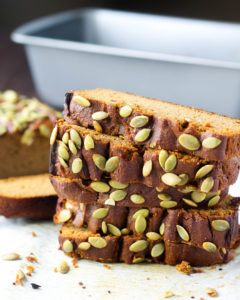 I was super hungry yesterday so I ended up having my morning snack a lot earlier which was a banana and a half of a (amazon affiliate link–>)health warrior bar (again for seed cycling.) 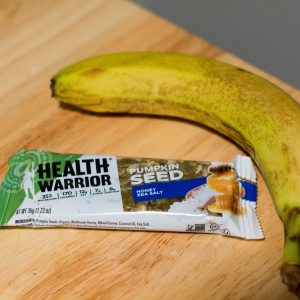 Then I got to photographing my version of Starbucks cranberry bliss bar which basically meant a ton of snacking.

Eventually, I had lunch of a few Aidells chicken meatballs, arugula, primal kitchen green goddess (my favorite I get it off Amazon) and sauerkraut.  PS These meatballs were on sale at Costco or roadshow or whatever, but they are awesome because unlike the teriyaki version these are gluten and wheat free! Mr. Hungry took the caramelized onion ones in his lunch with brown rice pasta and zucchini all week.  I’m working away at the spicy jalapeno and mango ones, so good!

After my chiro appointment, I snacked on a handful of cherry tomatoes and some random stuff from my Love with Food box (see below).  I was kind of stressed,, not gonna lie and sometimes when I’m stressed I stand around the kitchen delaying.  Eventually, I got a hold of myself and made some chai green tea. 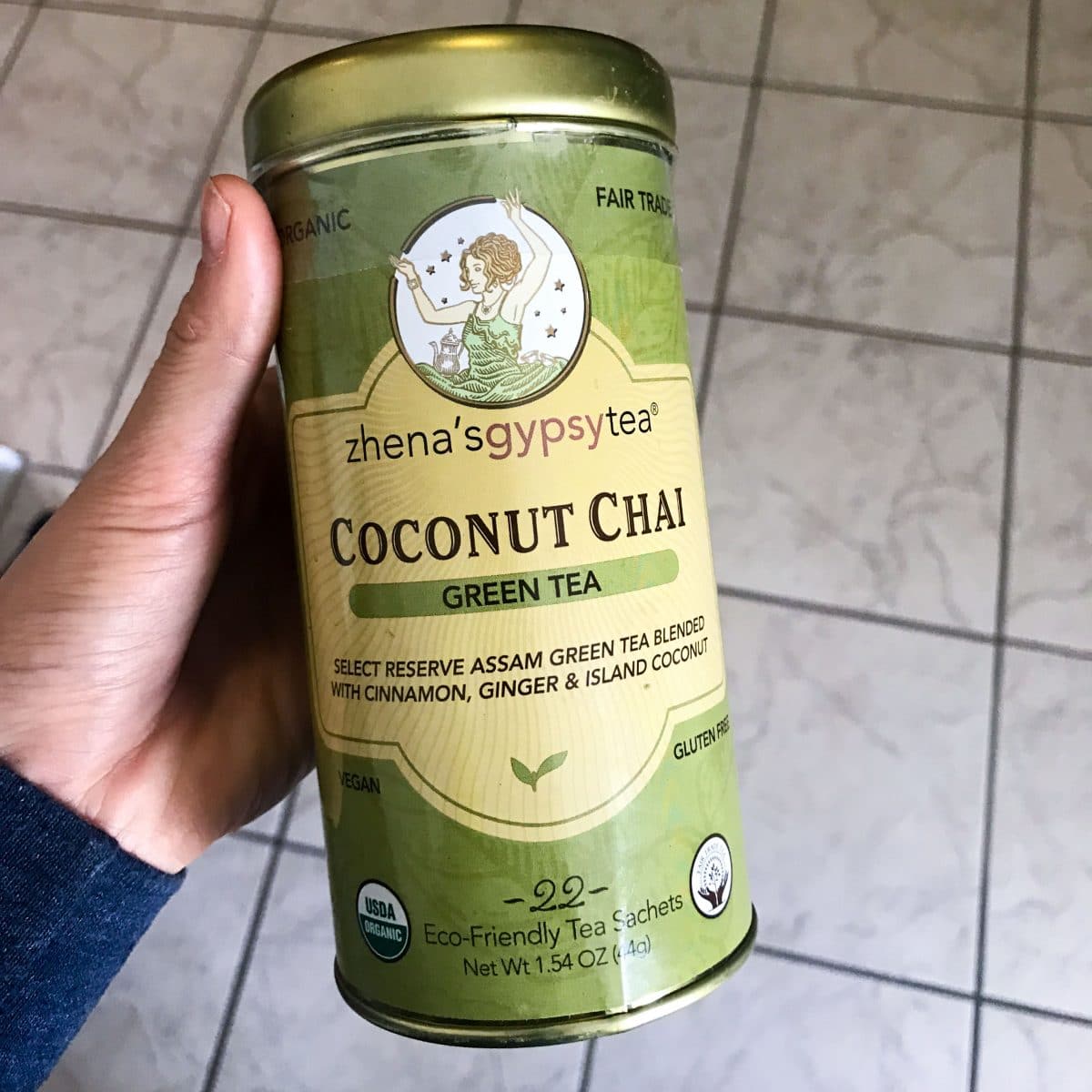 For dinner, we had rosemary lemon chicken (chicken baked in a cast iron skillet) and broccoli.  No picture because it was leftovers but here is the recipe!   Loved the method of cooking it in cast iron, not sure I was in love with lemony sweet potatoes.  But, Mr. Hungry LOVED it and he hates sweet potatoes so there ya go!

For dessert, we split a cranberry bliss bar and I ate a spoonful of manuka honey! 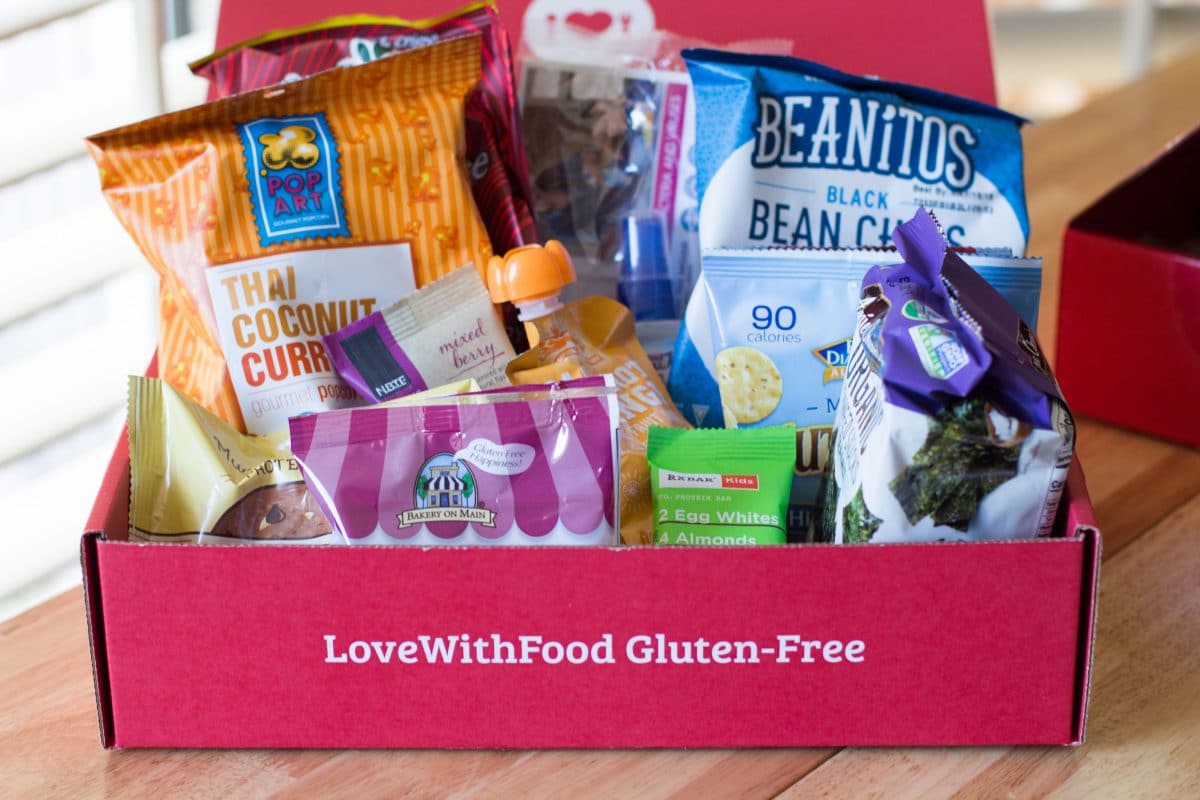 Love with food sent me some goodies to try out!  I shared a little bit about them on my IG channel but they are a super cool company that sends organic, all- natural or gluten-free snacks to your doorstep.  You guys know I’m am all about the subscription services (bark box, stitch fix, and butcher box)!  This one is the perfect gift for your philanthropic foodie friends!  They donate a portion of the proceeds to help fight childhood hunger in the US and around the world. They donate to organizations like Feeding America and The Global Food Banking Network.  Snacking and giving back at the same time!

some interesting links from this week:

How much Choline do you need?

Creating a special space in your home

Previous Post: « The ULTIMATE Healthier Holidays Recipe Round Up
Next Post: When It’s Over Before It Really Begins – Our Pregnancy Loss »