Hey friends, I’m popping in today with another day in the life post!  This one is from last Tuesday. No work this day for me, just hanging out with the babe and the dog and the cat! 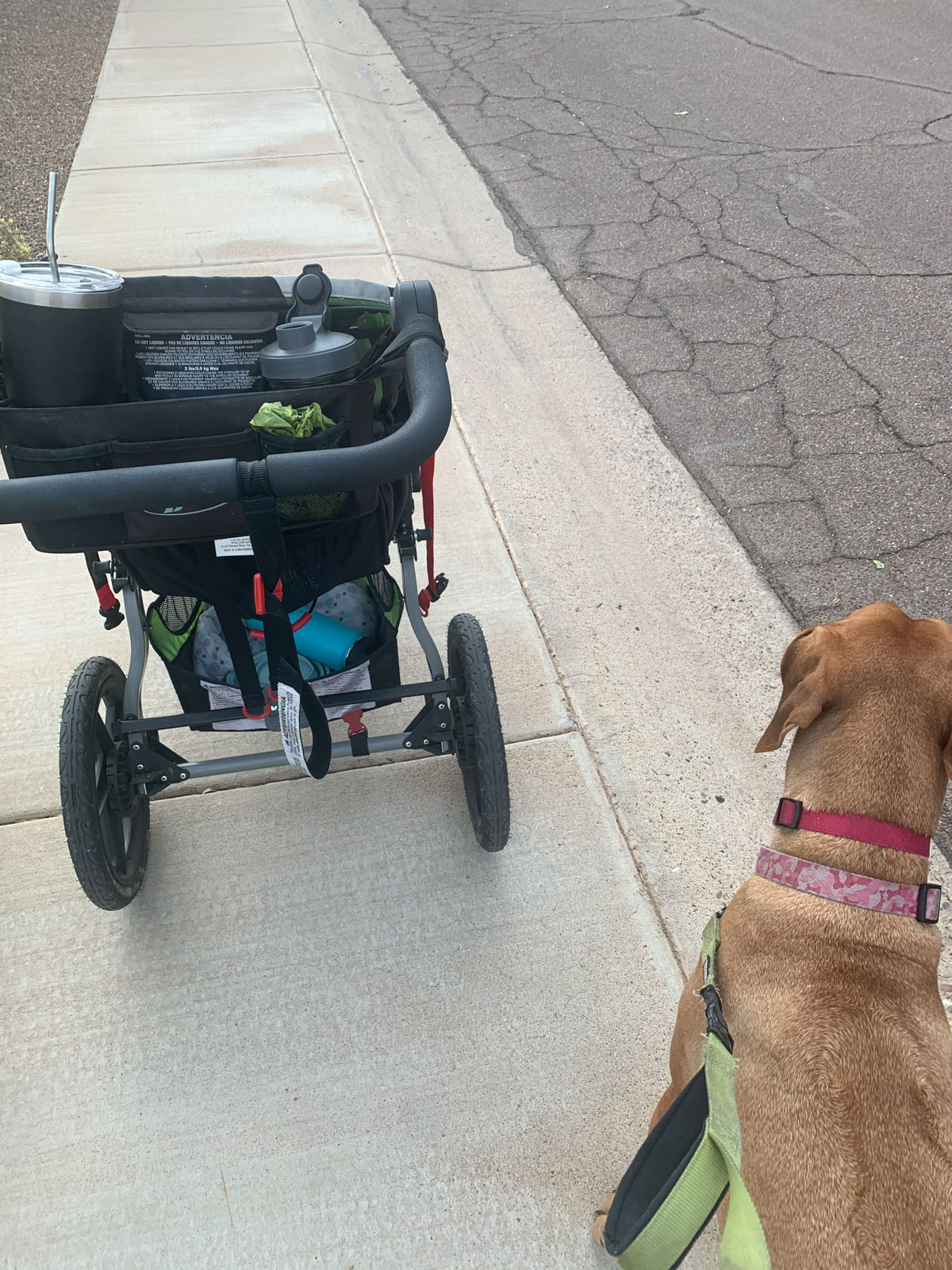 When we came home, we made smoothies, and KJ played with mandarin oranges. 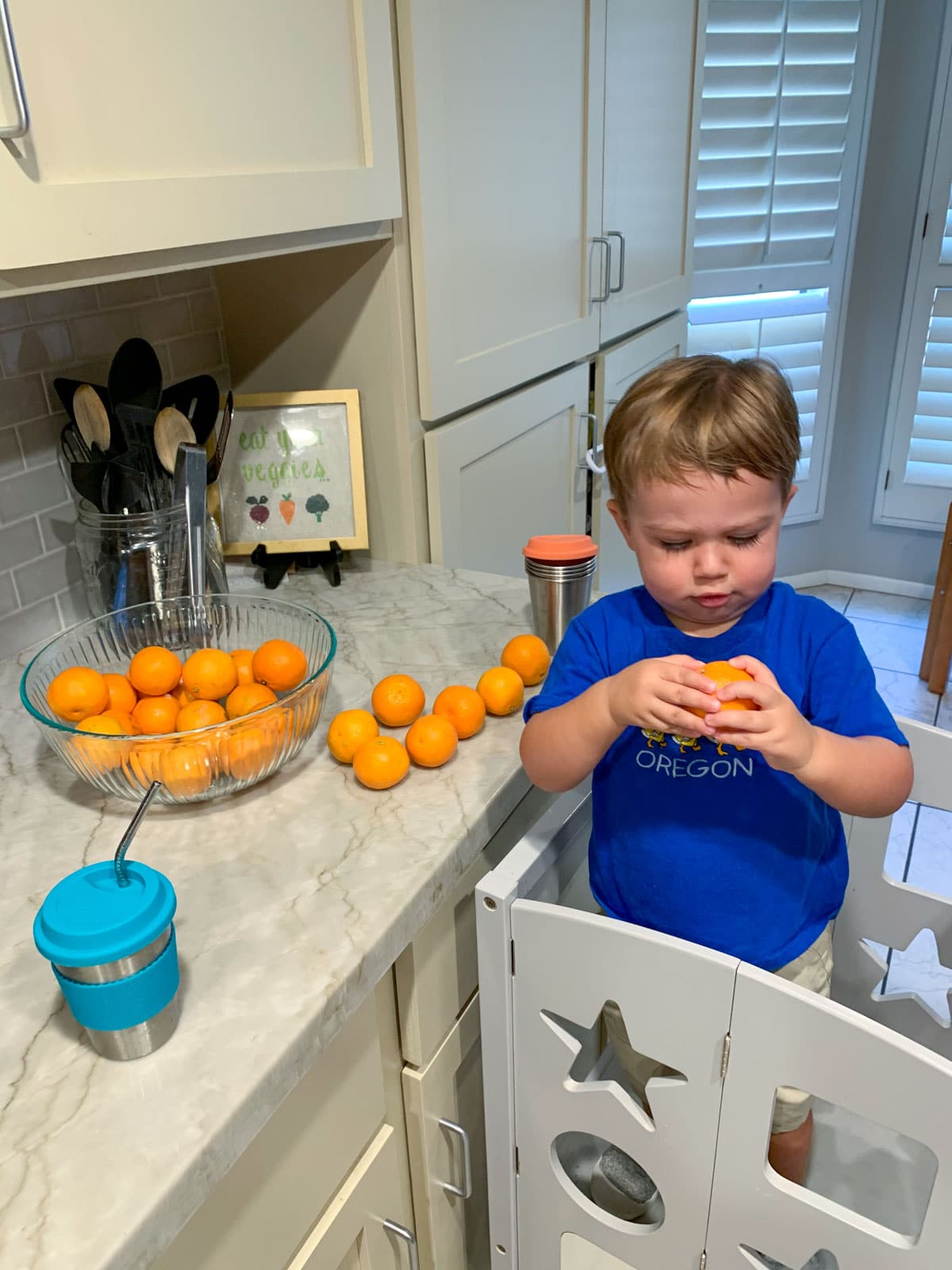 Around 7:45 AM, we went on a “nature walk” aka walking down the street with a toddler saying no no no don’t pick that up over and over and over again.  On occasion, I let him pick flowers, etc. that he makes me hold for him. 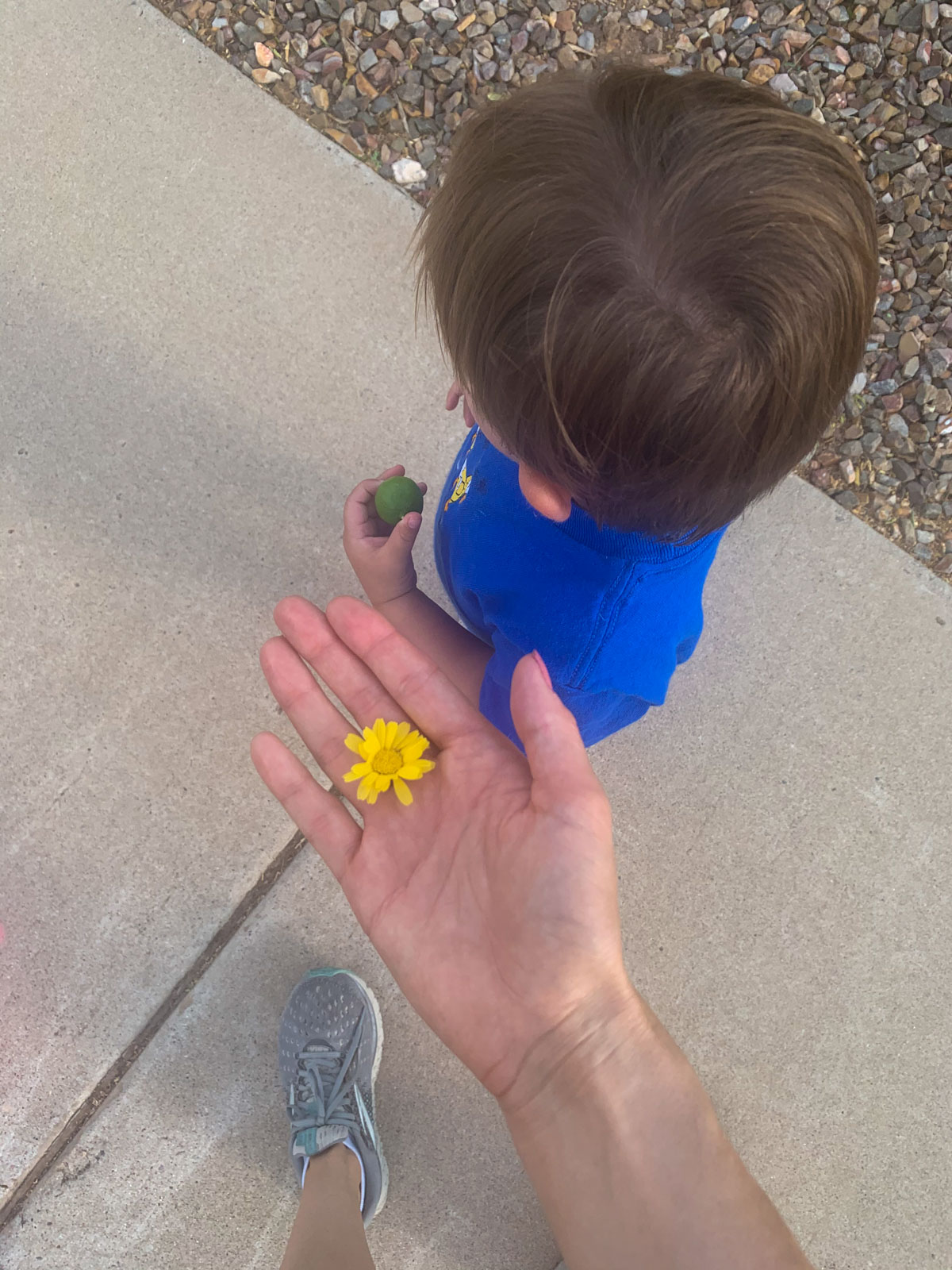 And when we got back, I did some reorganizing!  This little wooden dresser with wicker drawers was in KJ’s closet, barely being used.  I decided to pull it out to make a toy station in the kitchen area where his kid table (that we scored at a garage sale) is at. 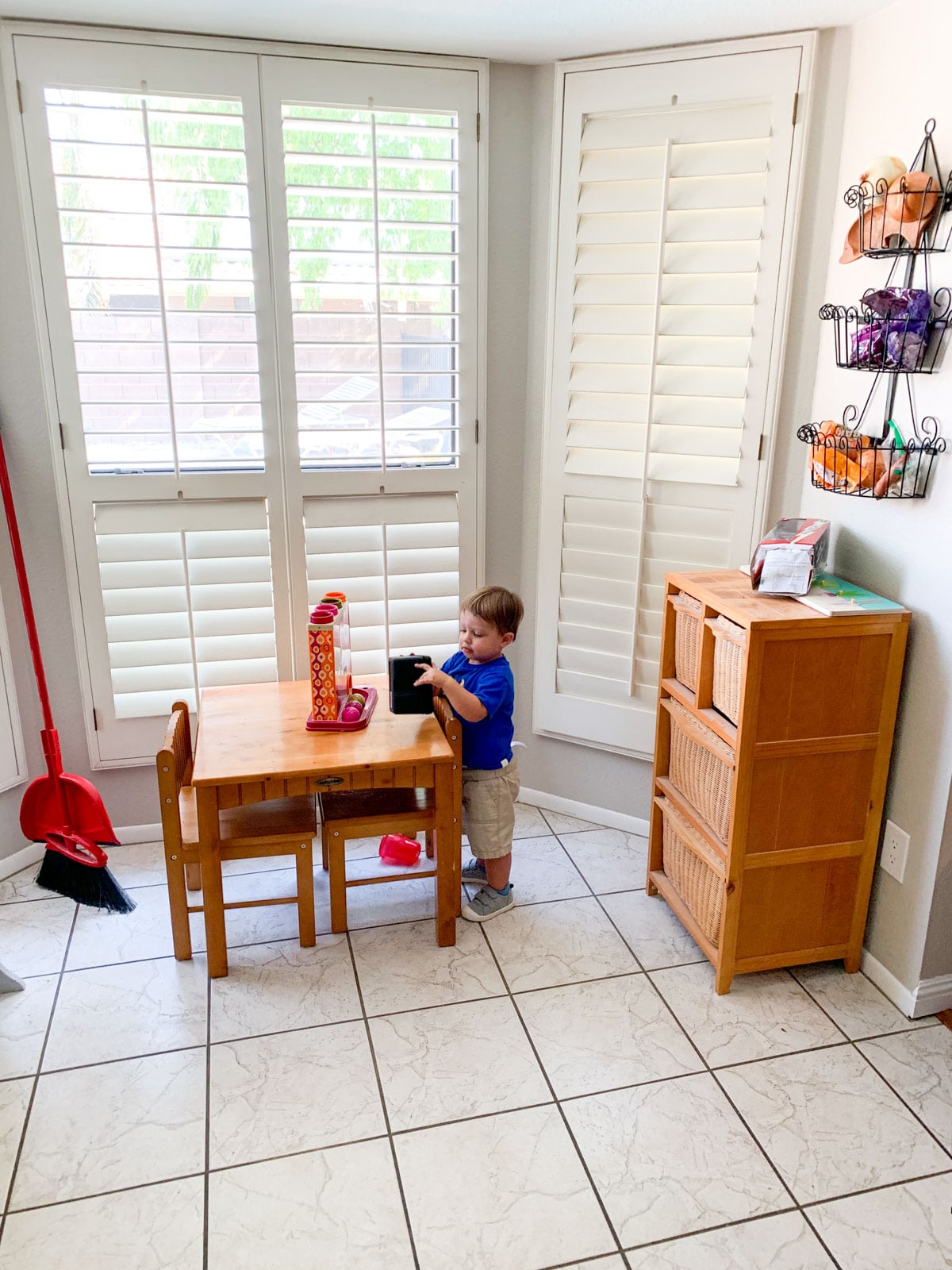 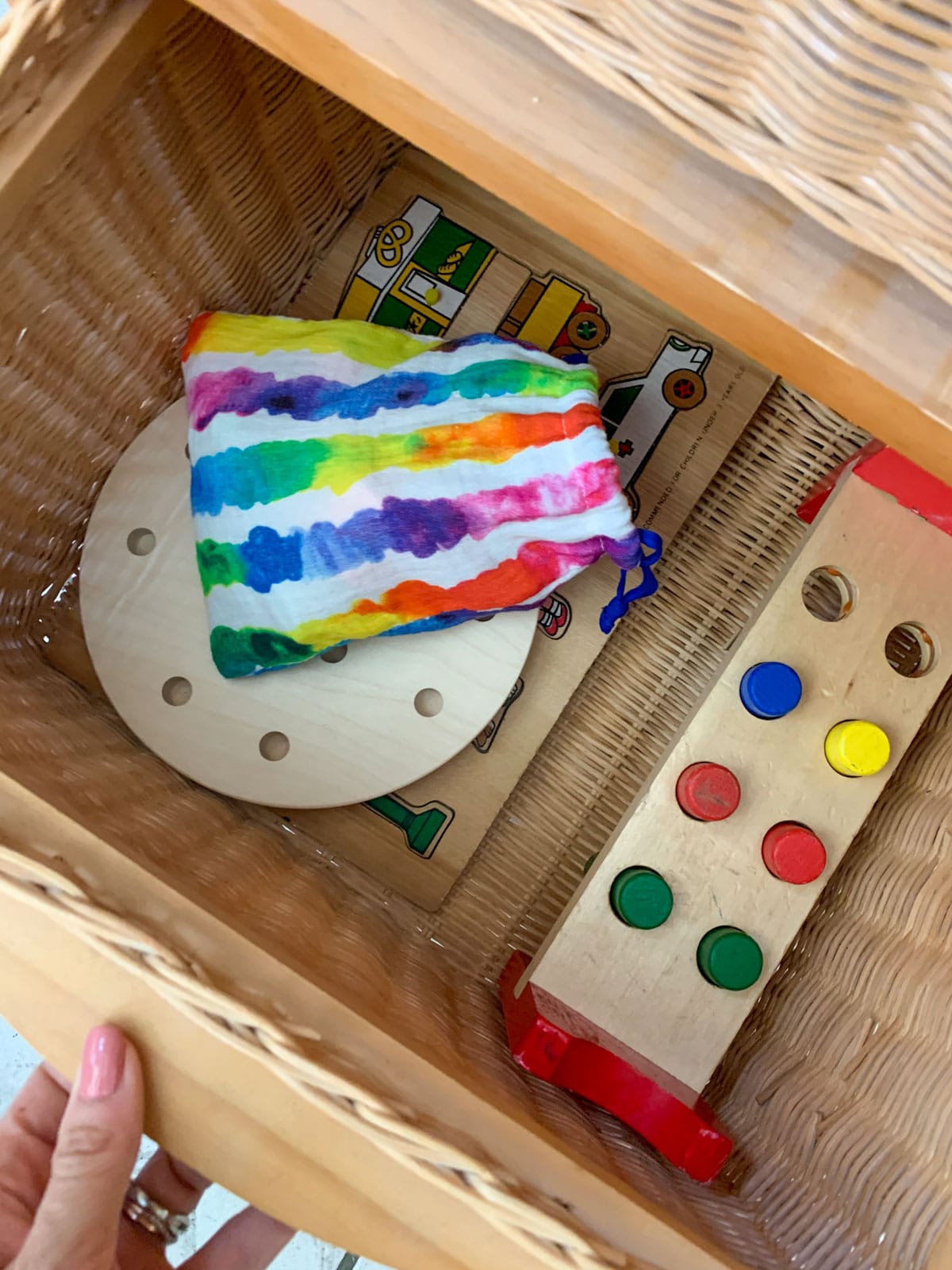 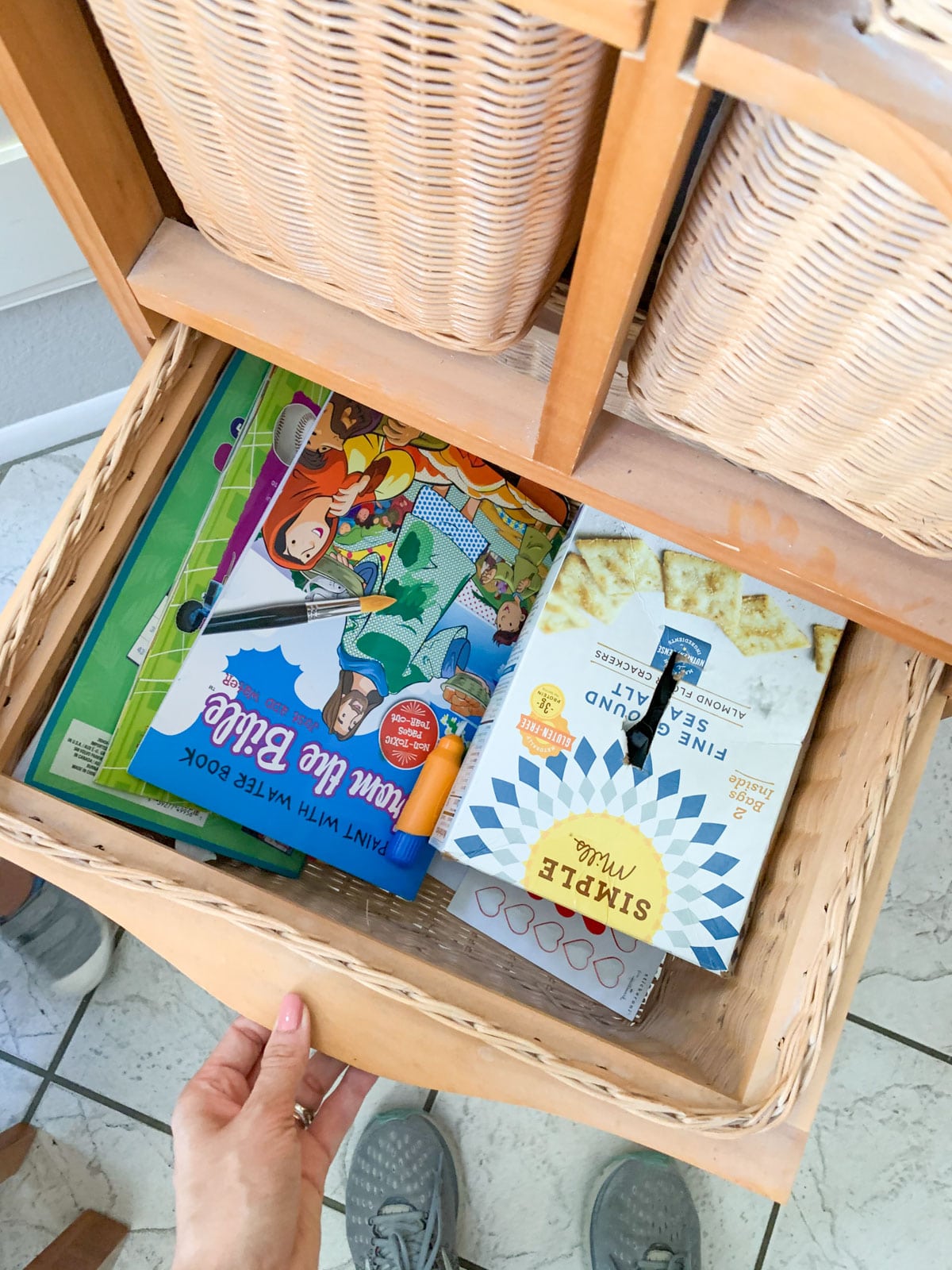 We played with the toys for an hour or so until I decided I needed a workout!

But first, I realized I never ate, so I had some almond butter and banana really fast! 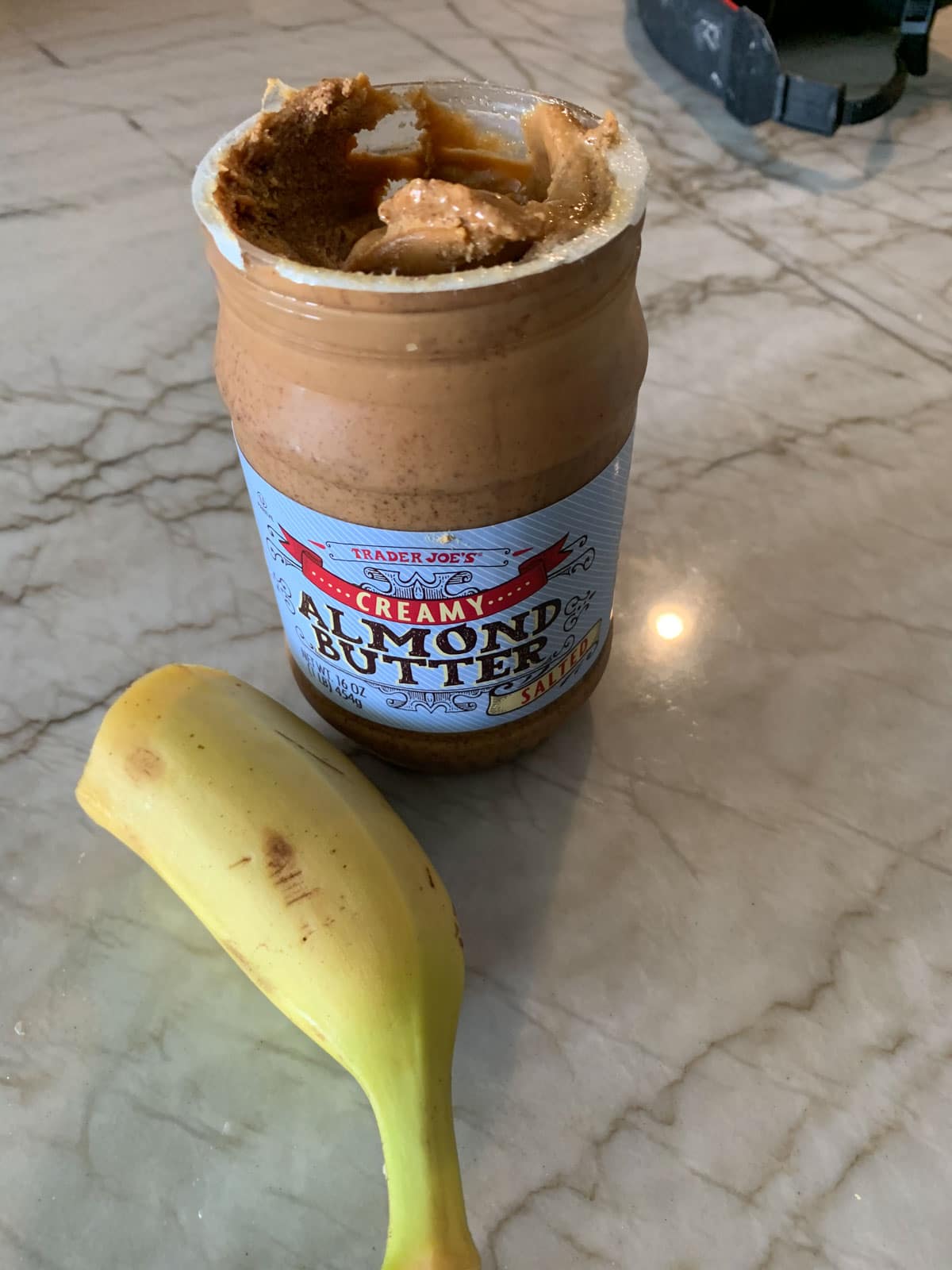 The workout was fast and efficient, and I was a sweaty mess at the end! 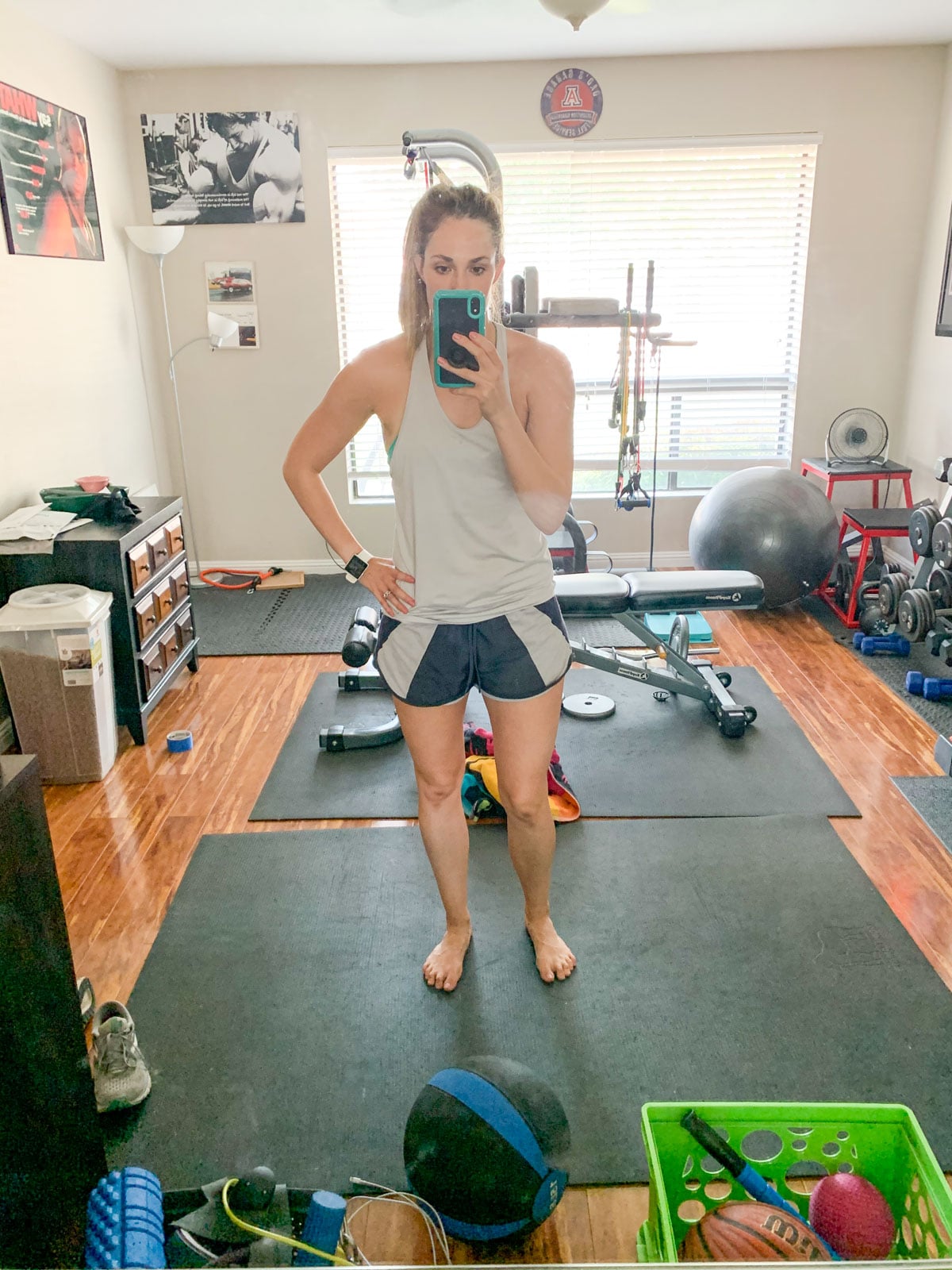 When I was done working out, we played outside for a little while before it was time for KJ’s lunch around 11 AM. This toddler lunch was Banza pasta with applesauce, veggie bites, and salmon burgers.  He ate all of it, which was surprising because he hasn’t loved those foods recently. 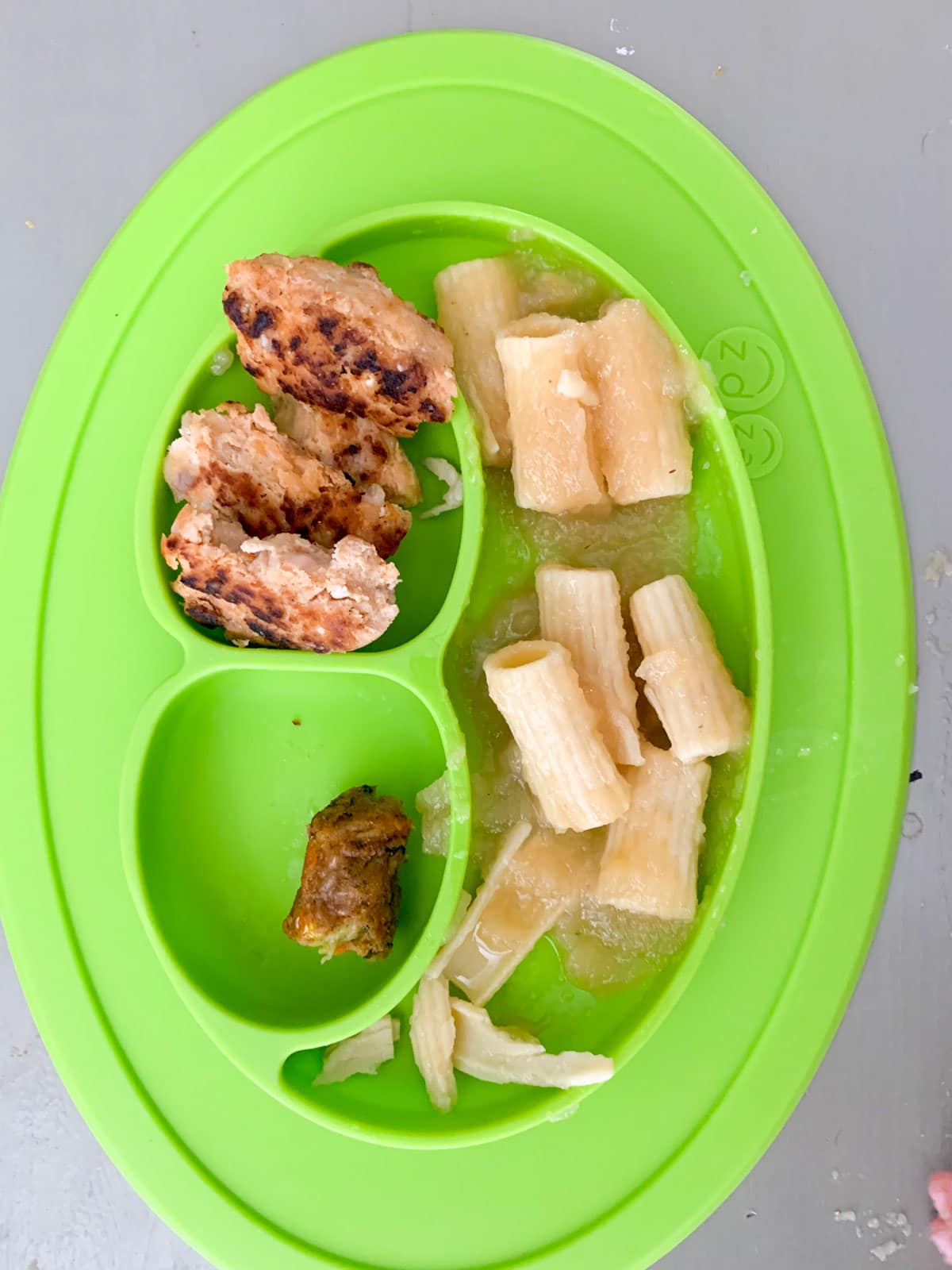 And for Mama’s lunch, I used my new Ozeri skillet to cook up two eggs for an egg sandwich! 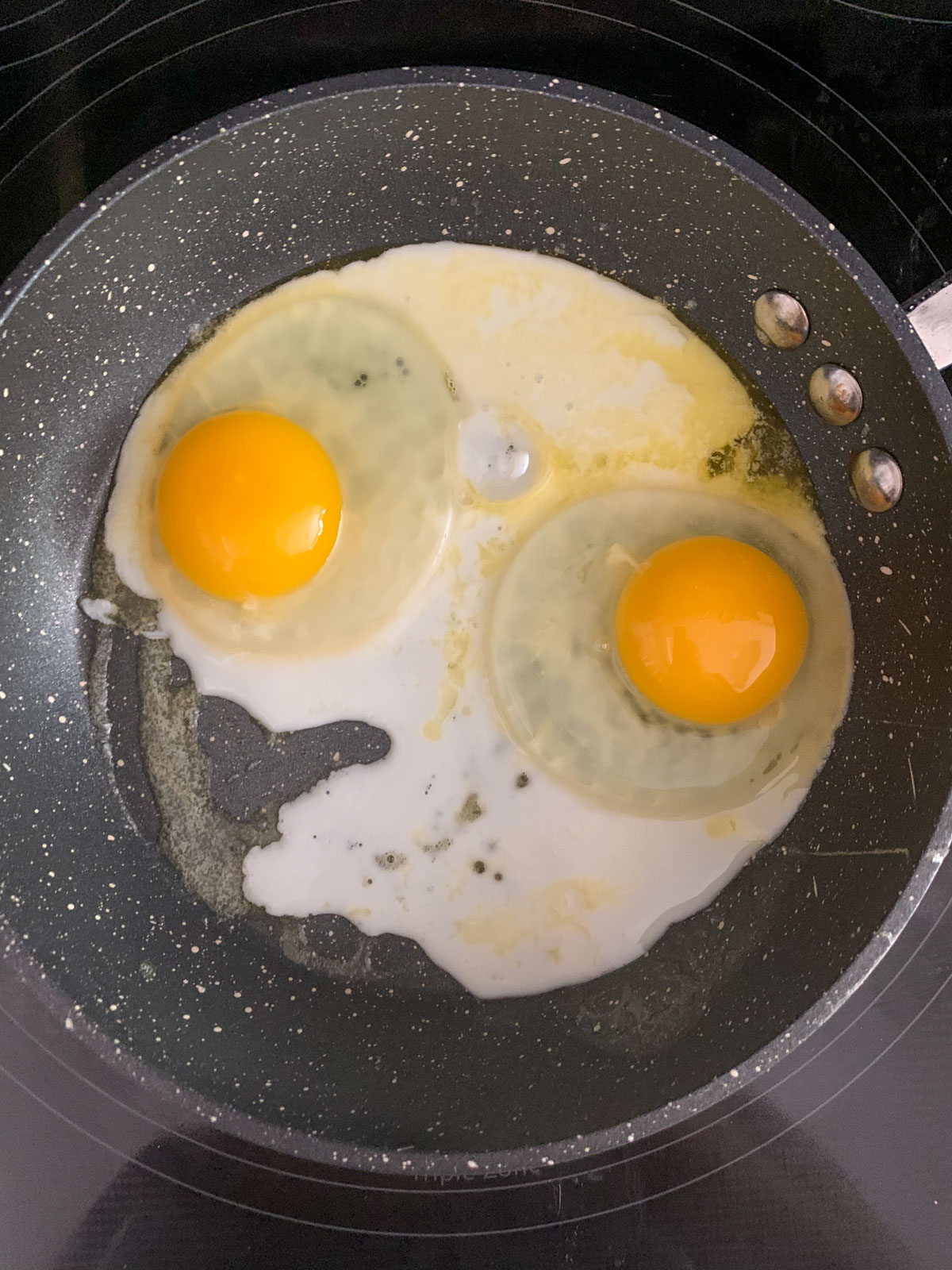 Isn’t she a beauty? 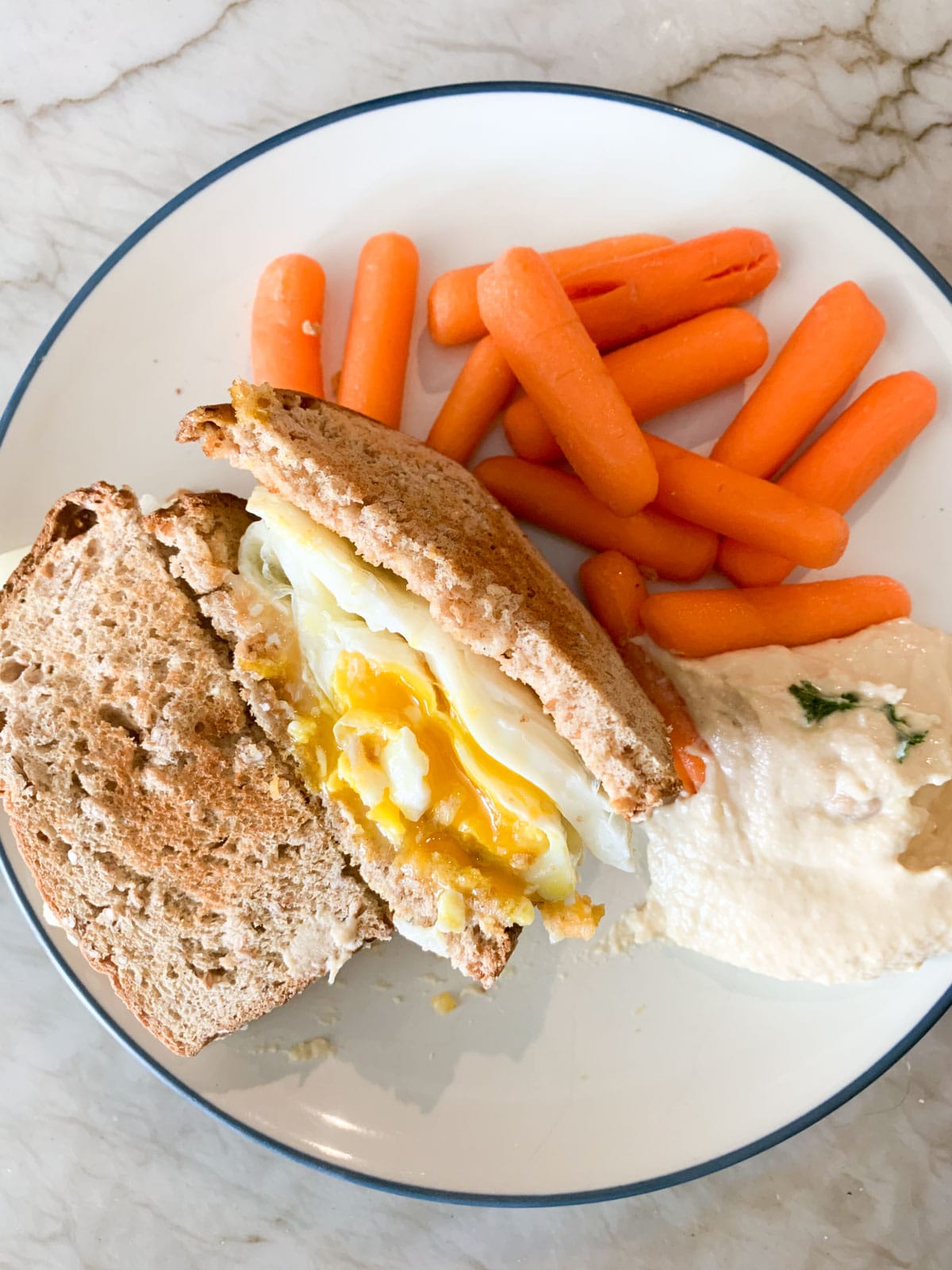 I also had a Lemon Lime Zevia! 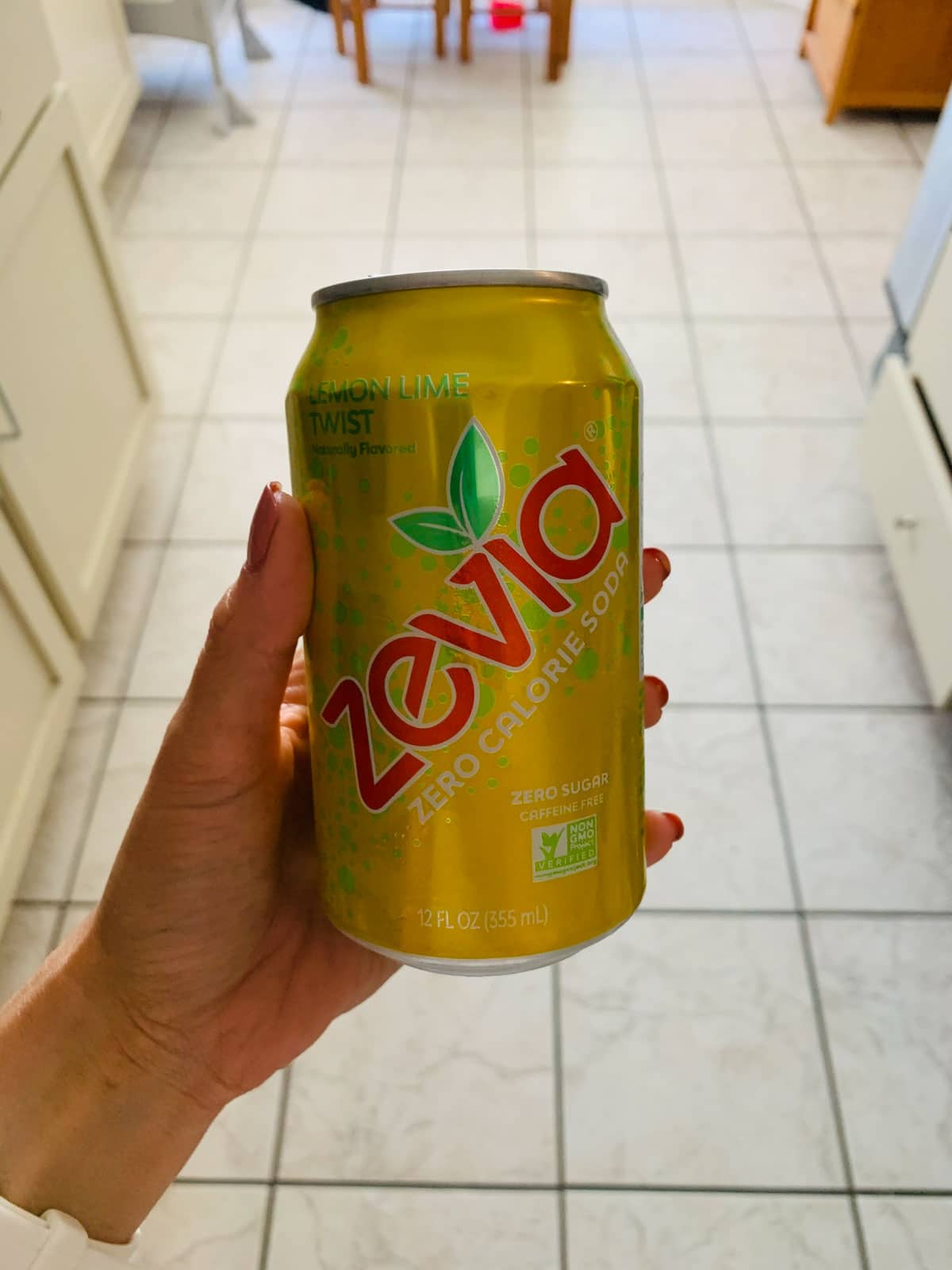 It was work blitz time till KJ woke up, and right before I went in to get him, I powered up with some Orgain protein (I get mine at Costco.) 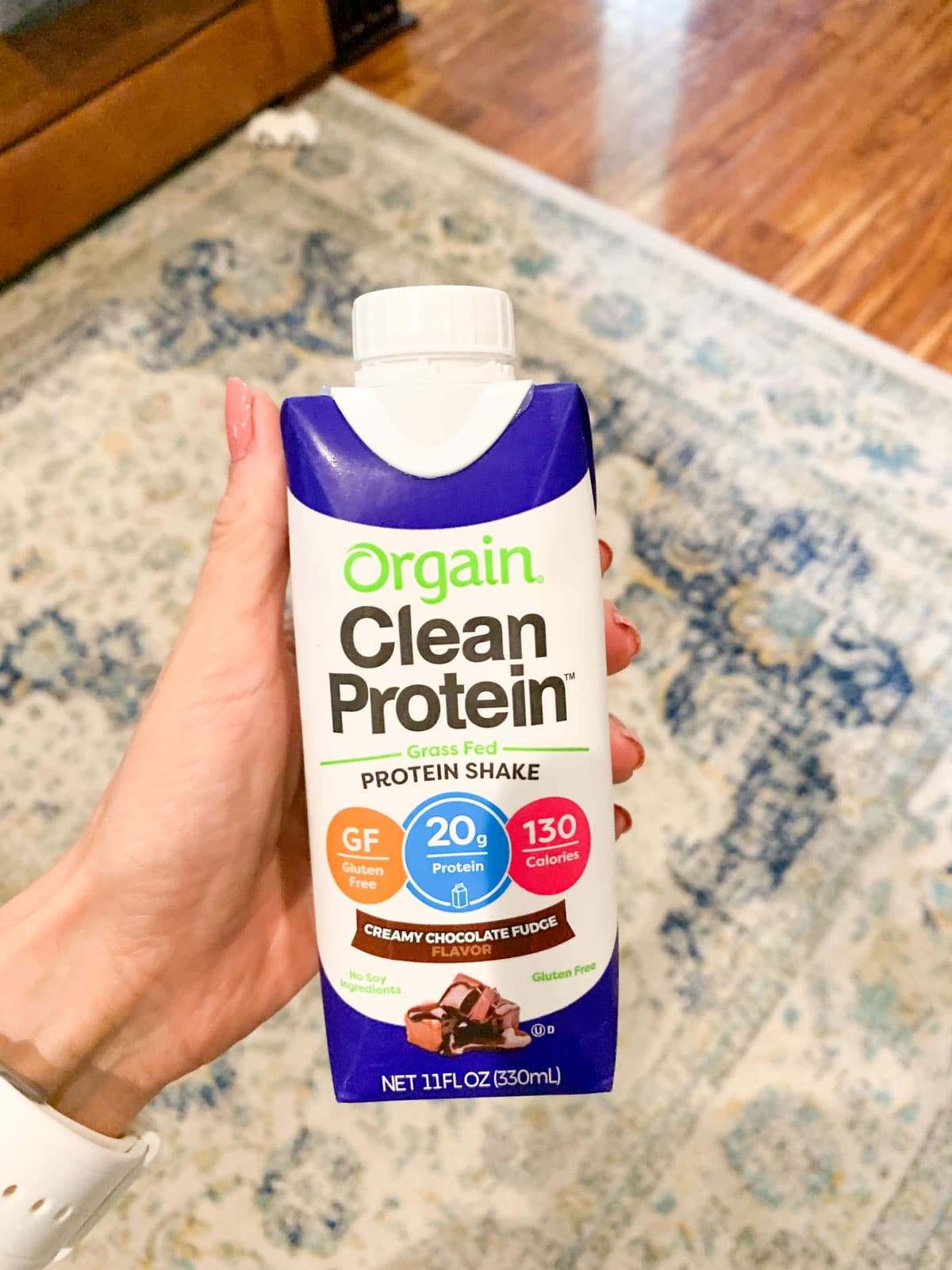 KJ usually has a snack when he wakes up, but it’s not his favorite meal of the day.  So, I let him have some of his favorite snack of all time, Trader Joe’s Bamba’s!

And he wanted some of his fish oil! (PS I follow the weight recommendations on the bottle, he’s 29lbs, so he gets 4mLs)  He doesn’t get this every day, but a few times a week, whenever I remember to be honest.  He gets his Smarty Pants Toddler Vitamin almost every day as well (just one gummy.) 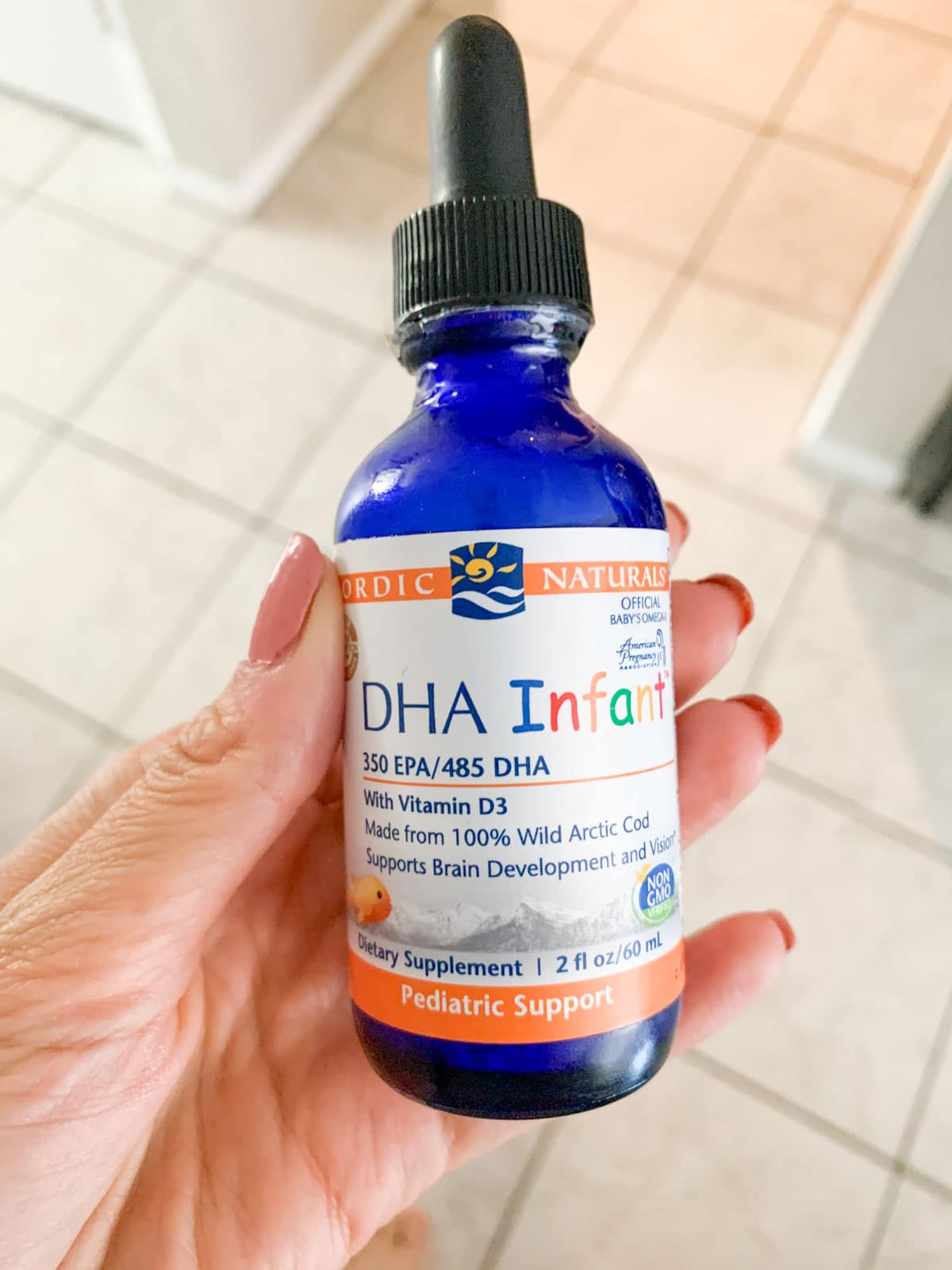 And I had a handful of barbecue chips.  I do better if I let myself have a handful, then if I tell myself I can’t have any! I bought another bag from Costco and Mr. Hungry, and I have barely eaten any of the second bag. 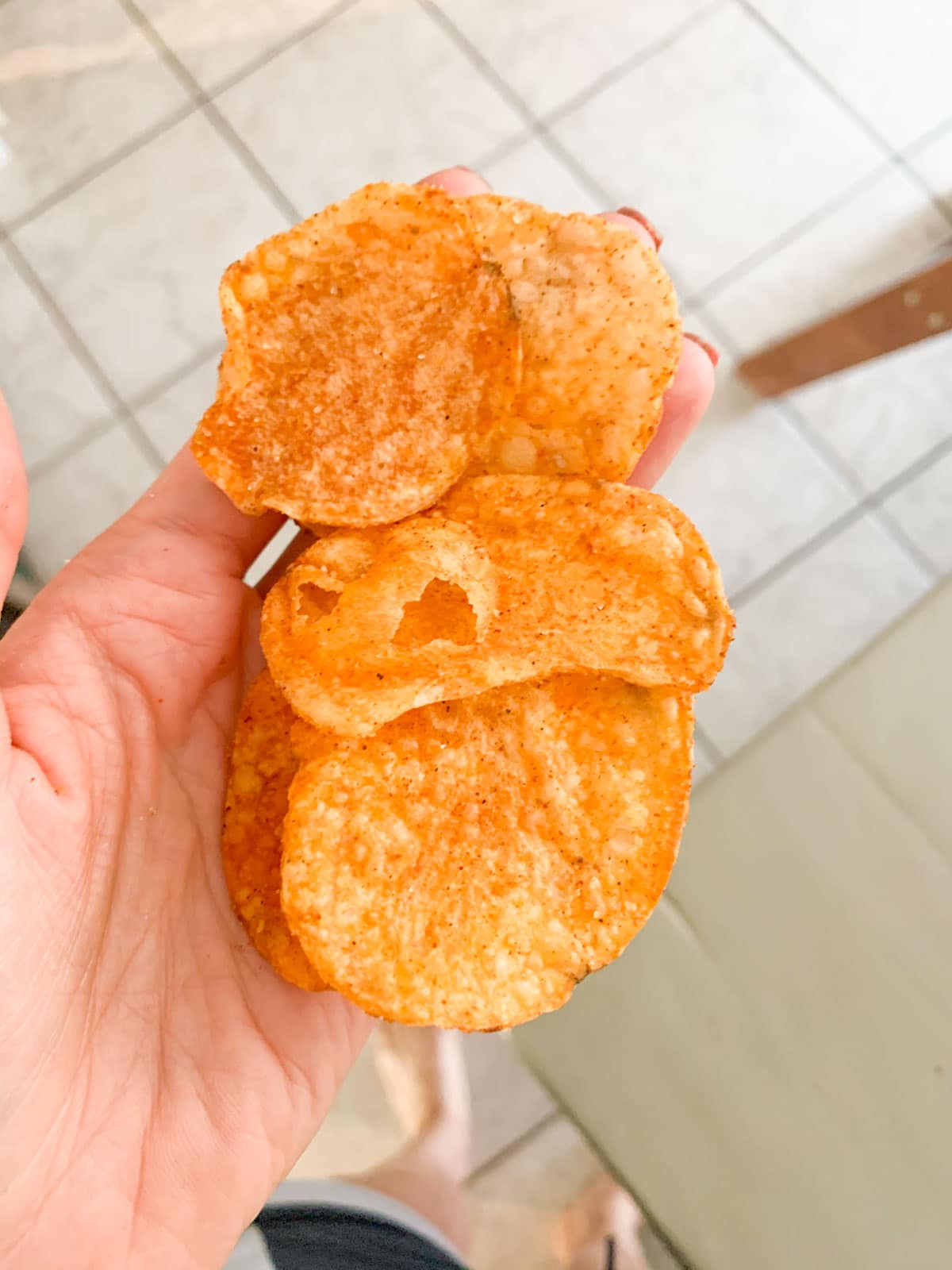 We spent most of the afternoon playing with toys inside and out, cleaning, and rearranging.  Mr. Hungry thought he’d be home around 5:30 PM, but ended up working past 6:30 PM, so I started dinner.

Dinner was an interesting concoction. I sauteed onions and red bell pepper with some butcher box pork sausage that I had. 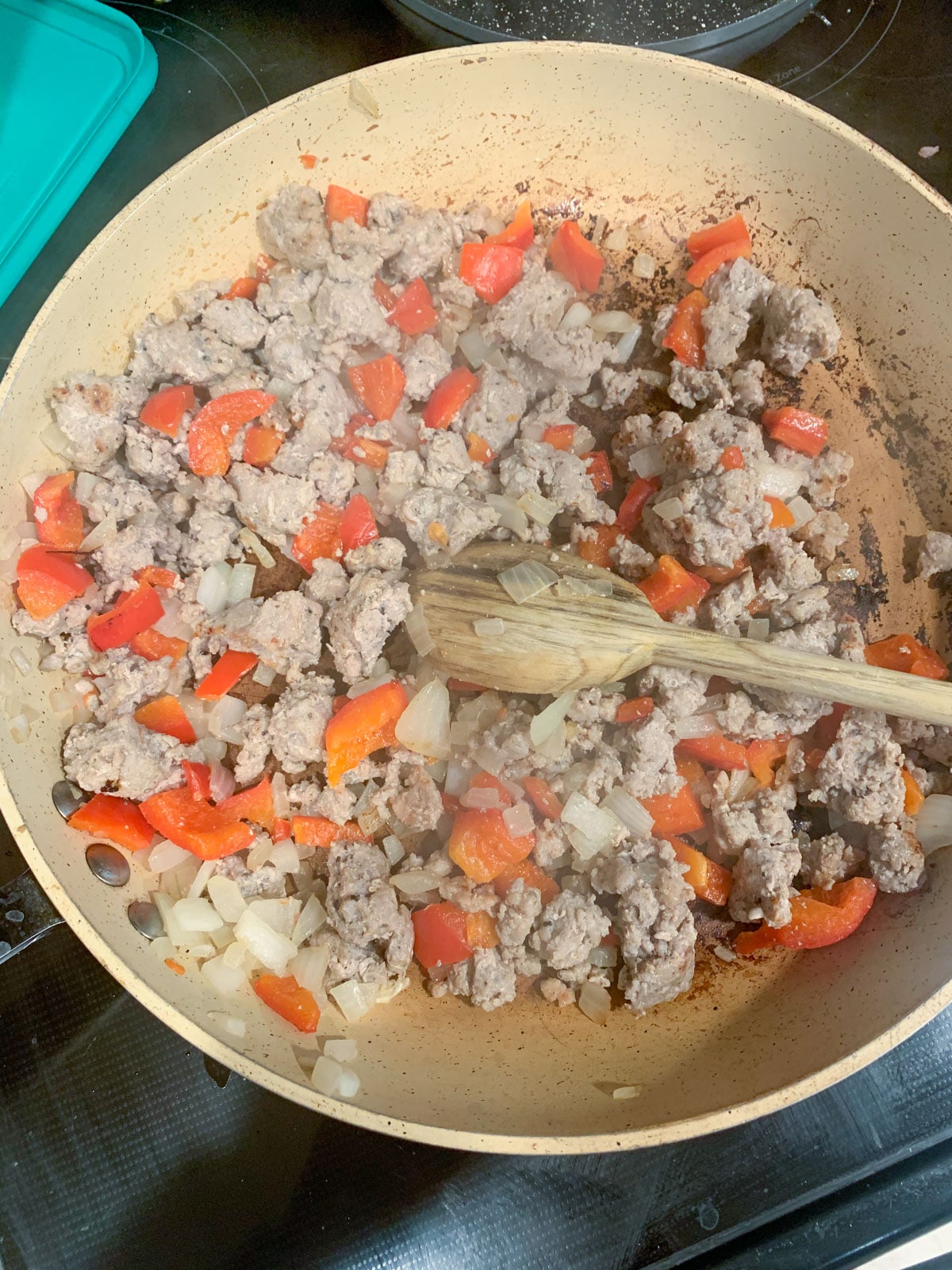 Then, I cooked up some cauliflower rice on another skillet. 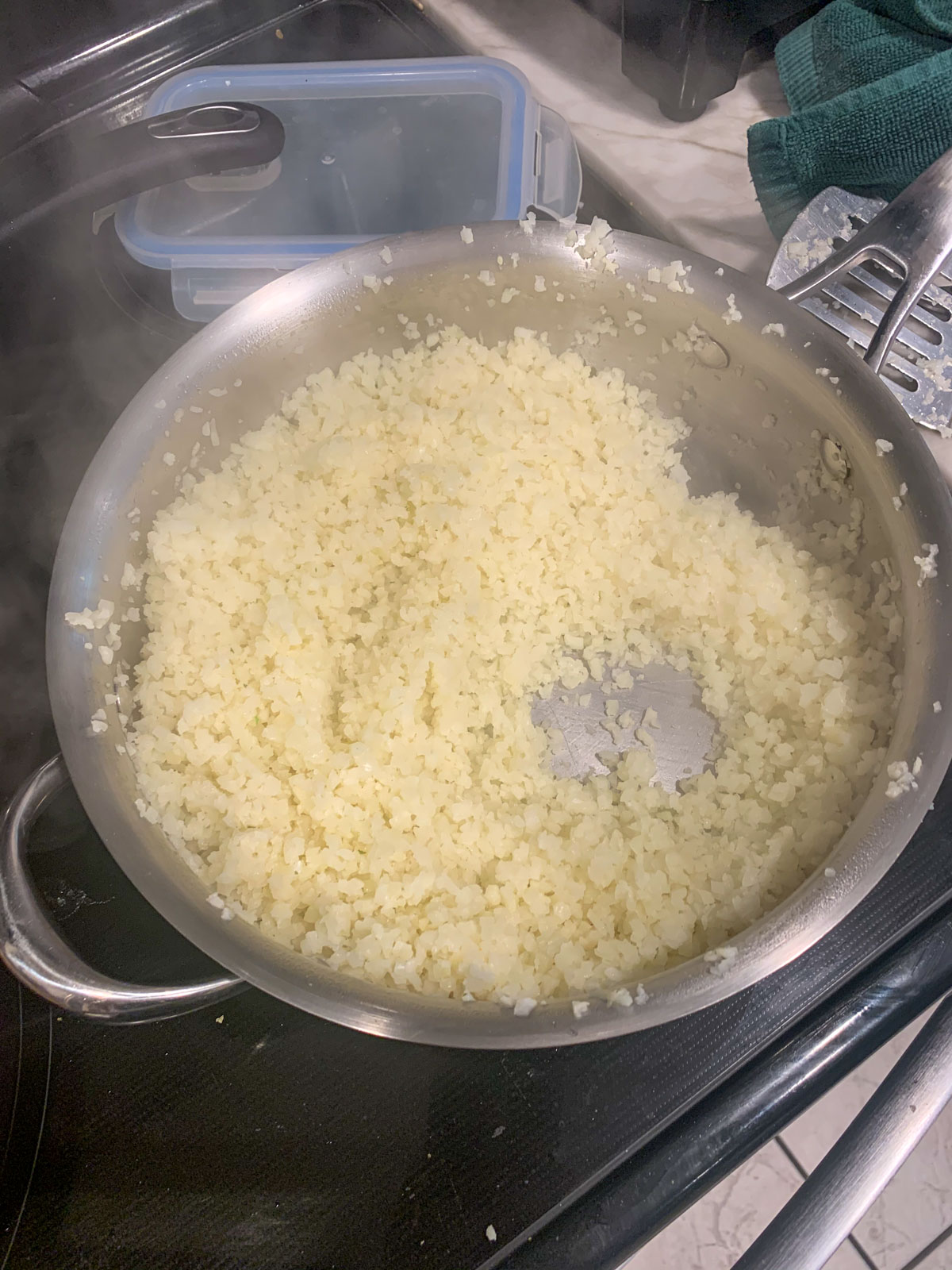 Then I combined it all, topped with cheese and salsa! 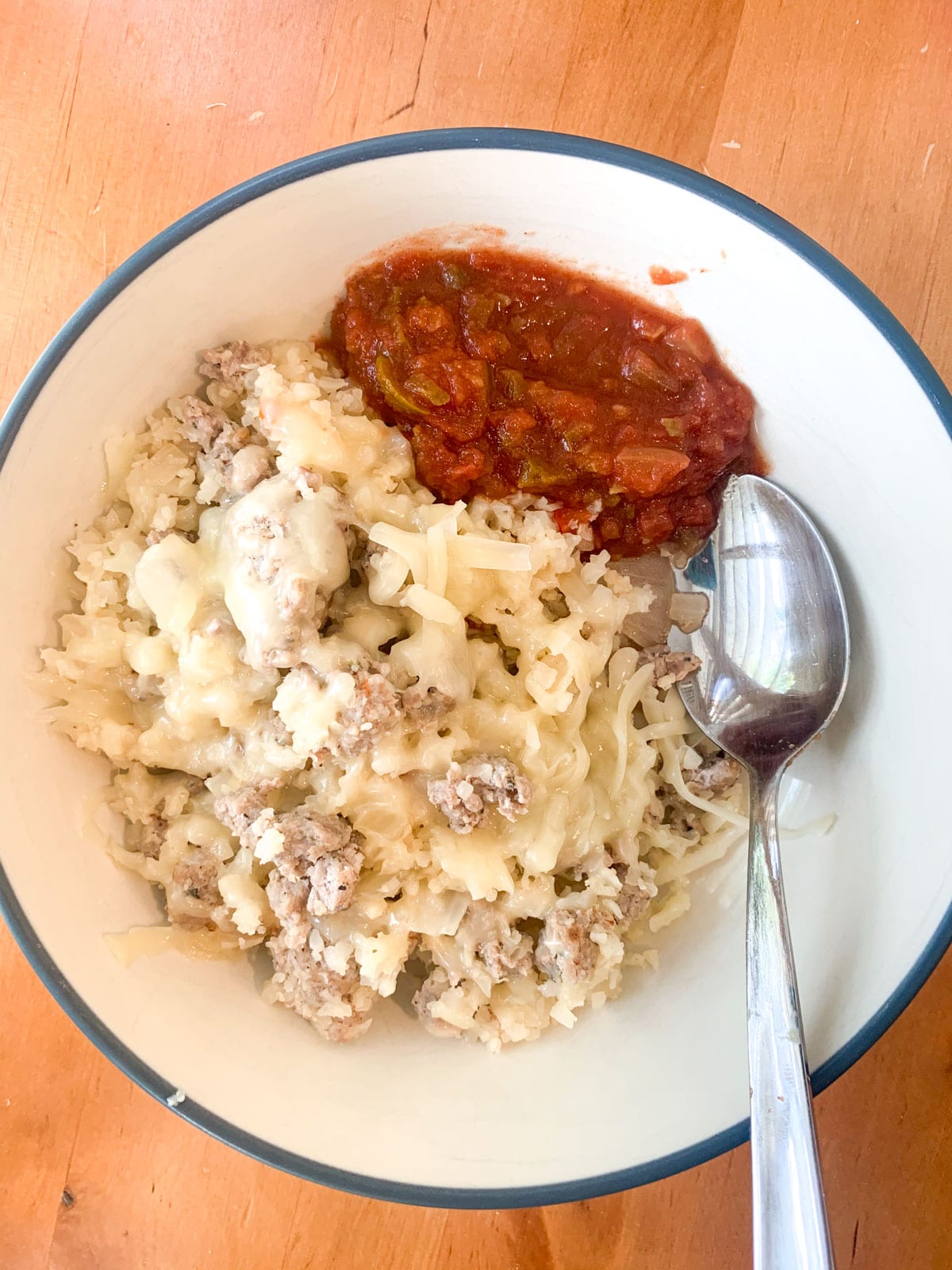 I was pretty hungry, so it did the trick, but I wouldn’t make it again for me.  Funny enough, Mr. Hungry ate it for lunch two days in a row after this and loved it! Figures ha ha 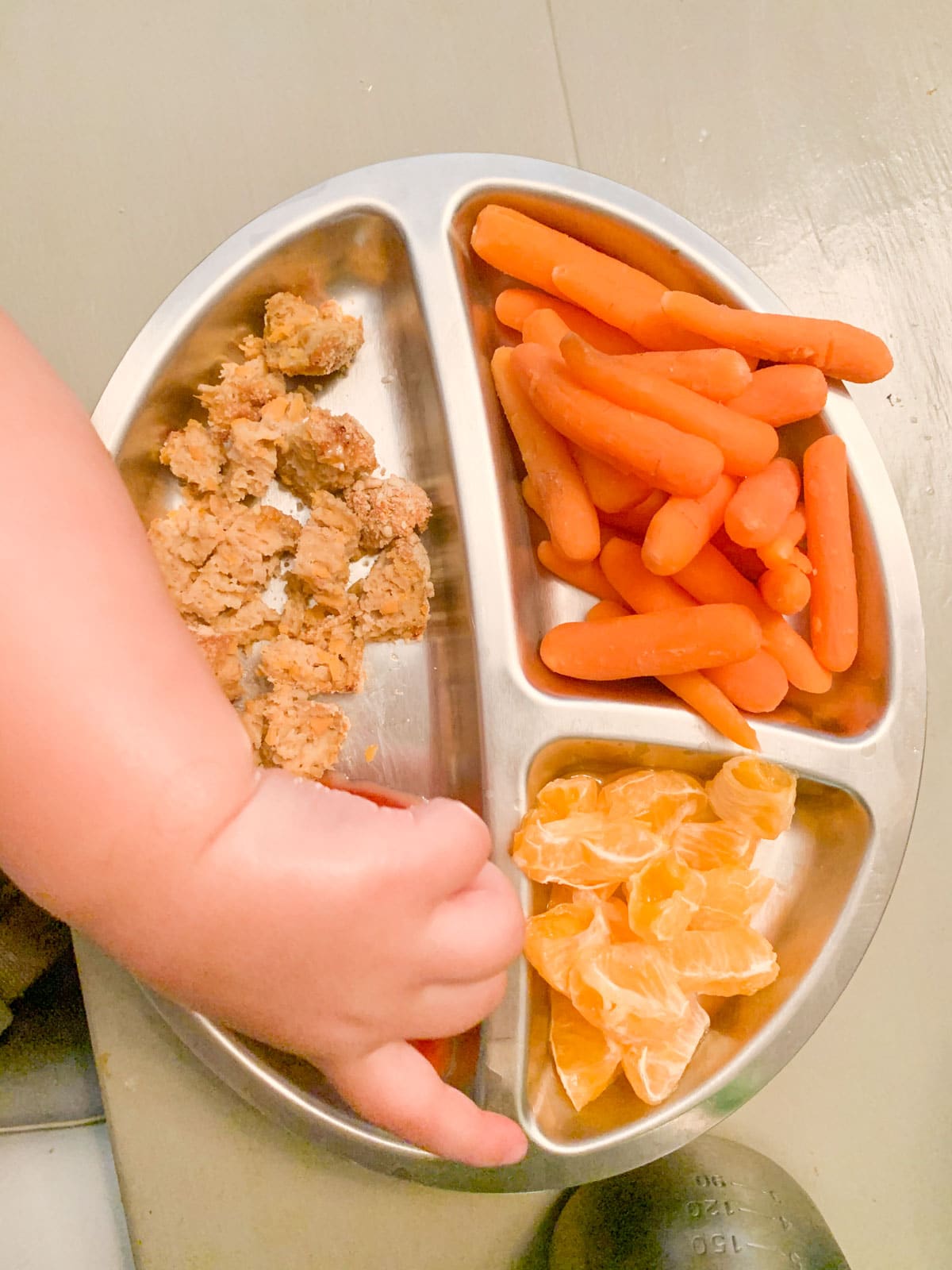