Today was another crazy day of unpacking and trying to get settled in. I started the day bright and early with a Run-Burpee-Run workout from carrotsncake.com, a 3 mile run with some functional training worked in. I ran outside so when I got back I also did an arm burner from another workout queen at the fitnessista.com, which I found on my pinterest workout board. I followed my workout with a small protein shake with vanilla unsweetened almond milk. 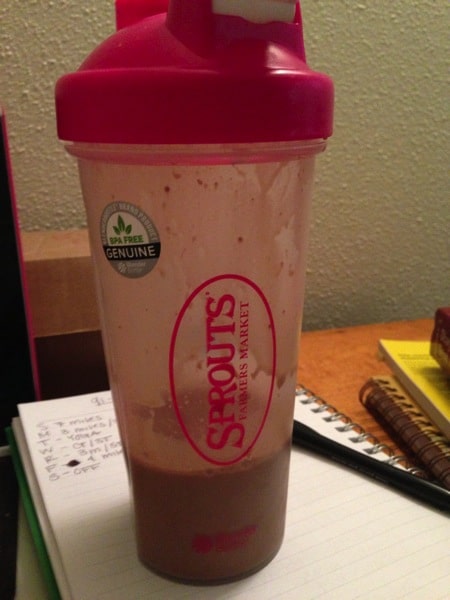 A couple hours later of unpacking and organizing I took a break for a delicious breakfast. 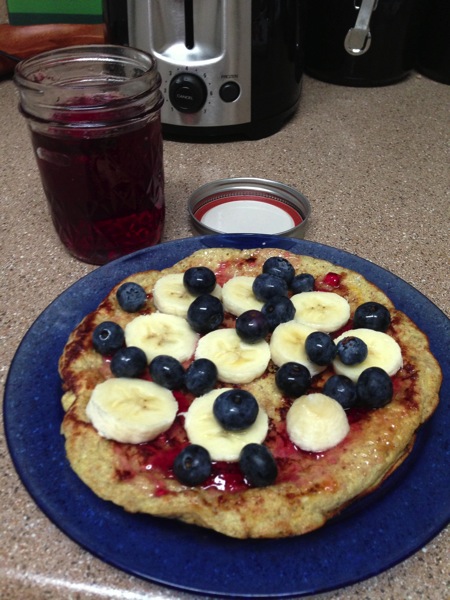 I made a flour free pancake with 1 egg, 1 egg white, 1 tbsp ground flax and 3/4 of a really ripe banana. I topped it with the rest of the banana, blueberries, and homemade wine jelly we got from Paul’s mom. PS the Wine Jelly was so so good!

After breakfast I started prepping some of our produce I picked up from Costco, so it would be easily accessible all week. 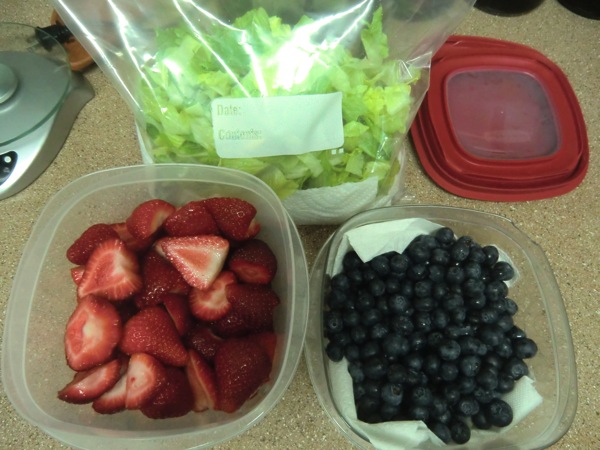 After a couple more hours of unpacking and organizing I got hungry again but I was on a roll and didn’t want to stop for lunch. So I fixed myself some sugar snap pea pods and hummus with a date. 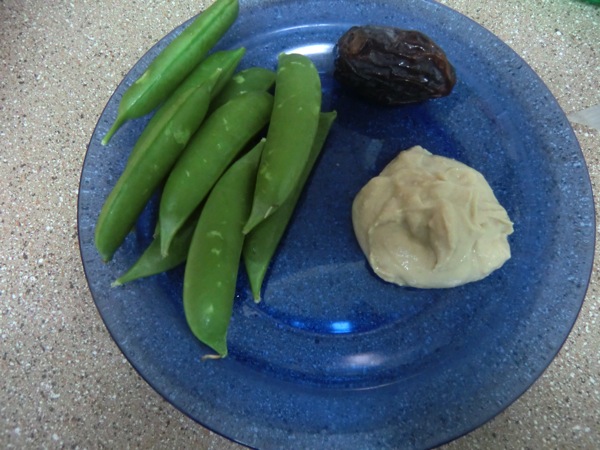 When I couldn’t stand seeing the crazy tornado of unpacking and boxes everywhere anymore I decided to head to the store. Before I left I quickly made a turkey wrap using a small low carb tortilla, southwest spicy mayo and lettuce. 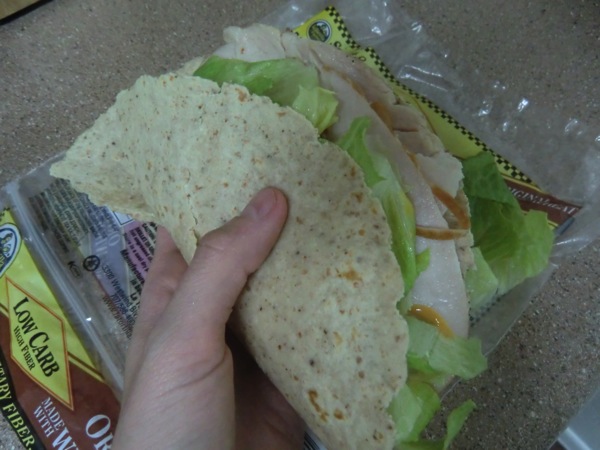 More organizing, more unpacking, lots of country music and FINALLY Paul came home from his long bachelor party weekend. We immediately headed out in search of a bookshelf so that I could get the many boxes of books off the floor of the office. After we got home I made mahi mahi lettuce wraps (made from Mahi Mahi frozen burgers) and asparagus while Paul assembled the bookshelf. 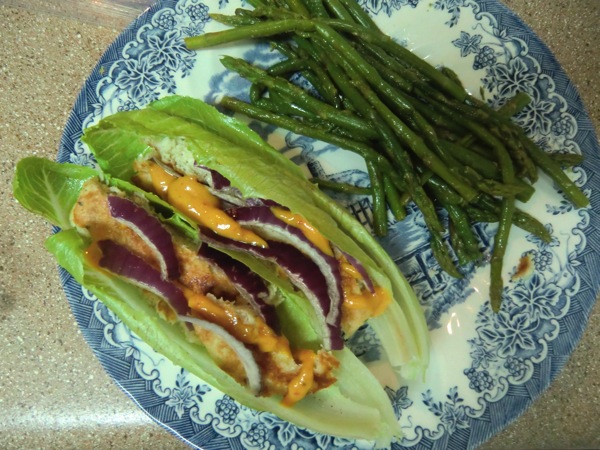 I had another date for dessert… I’m seriously obsessed with them, I can’t believe I never had one till this year. 80% of the way there on unpacking and settling in!