I start every day with a cup of coffee with Fairlife whole milk in it. 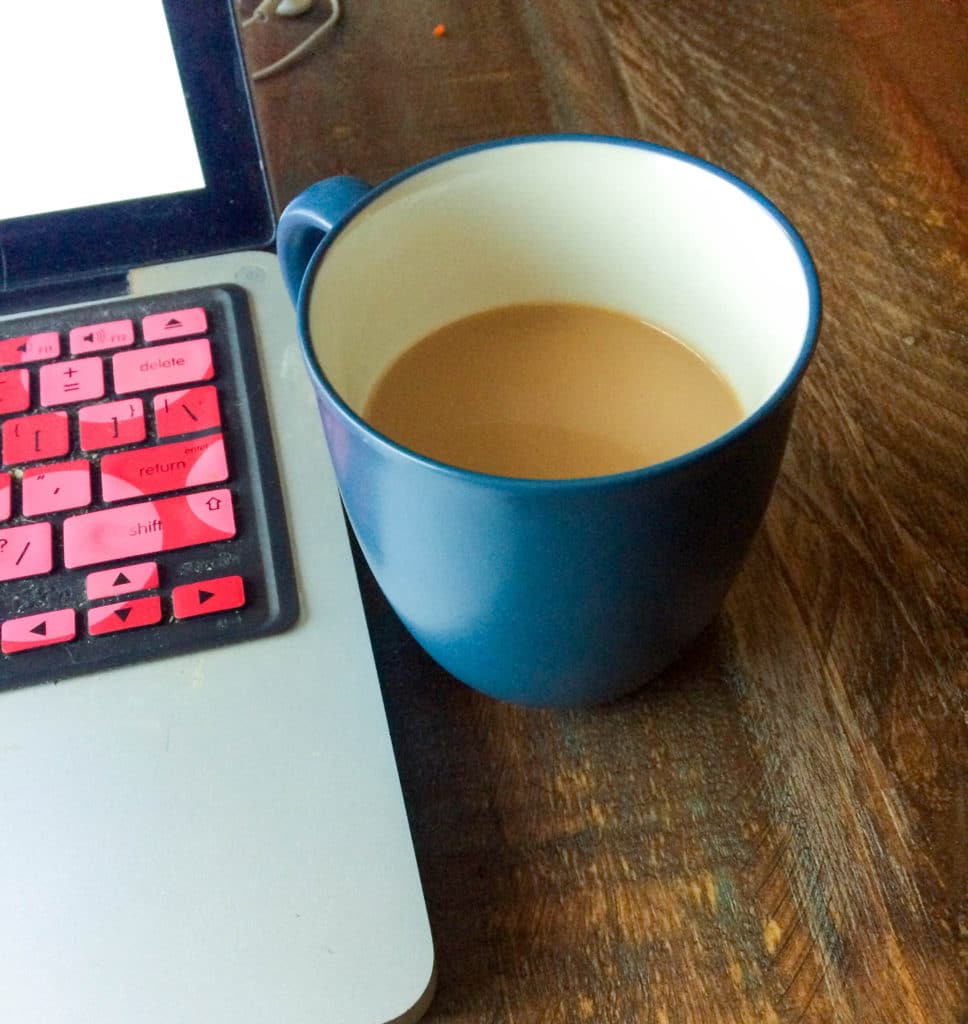 Lately I’ve been into “real food” non-egg breakfast.  I had a chicken apple sausage and broccoli around 7:30am then took Nala on a 3-mile walk. 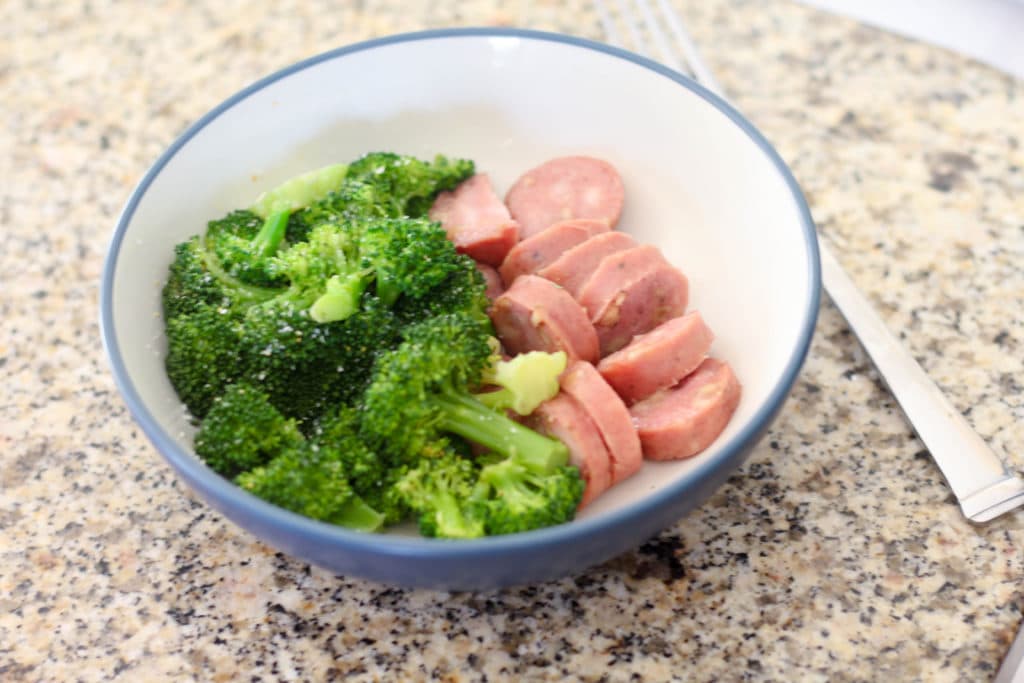 Around 9am I had a goat milk plain yogurt with stevia and pb2 powder.

I worked away till I left to get a workout in at 12.  It was kind of a fueling fail, I was SUPER hungry during the workout and couldn’t wait to finish just to eat. 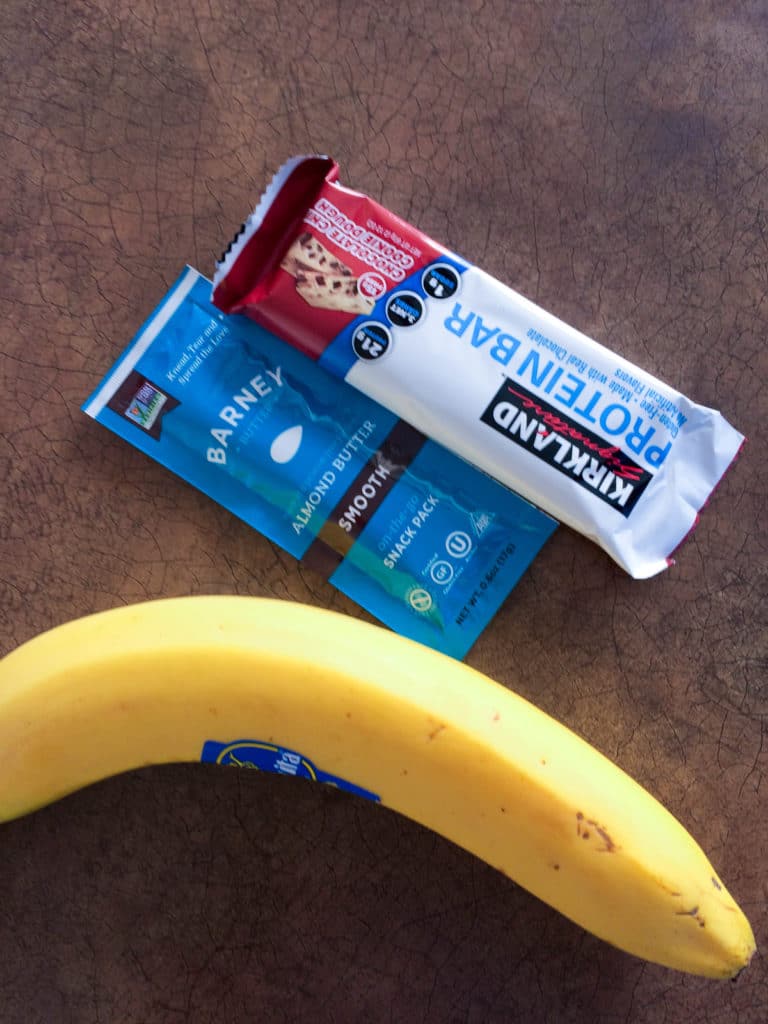 I literally finished my workout and went straight to eating a protein bar, banana, and Barney’s almond butter while I started the Nicole Culver webinar on Facebook Ads.  Very helpful!

Afterward, I had a meeting at the gym for a couple of hours and worked on some client stuff during the meeting.  I got home around 4:15pm and ate some guac & snap peas. 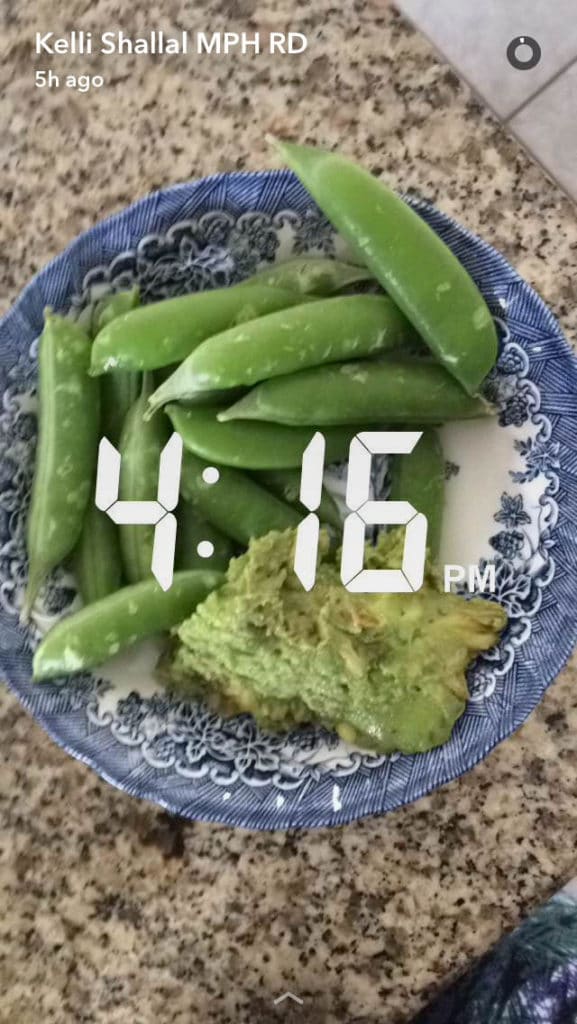 Dinner was around 7pm I had 2 fried medium eggs on a piece of Dave’s Killer Bread.

I snacked on 1/4 of an apple with Formulx Date Caramel sauce to satisfy my sweet tooth for dessert. 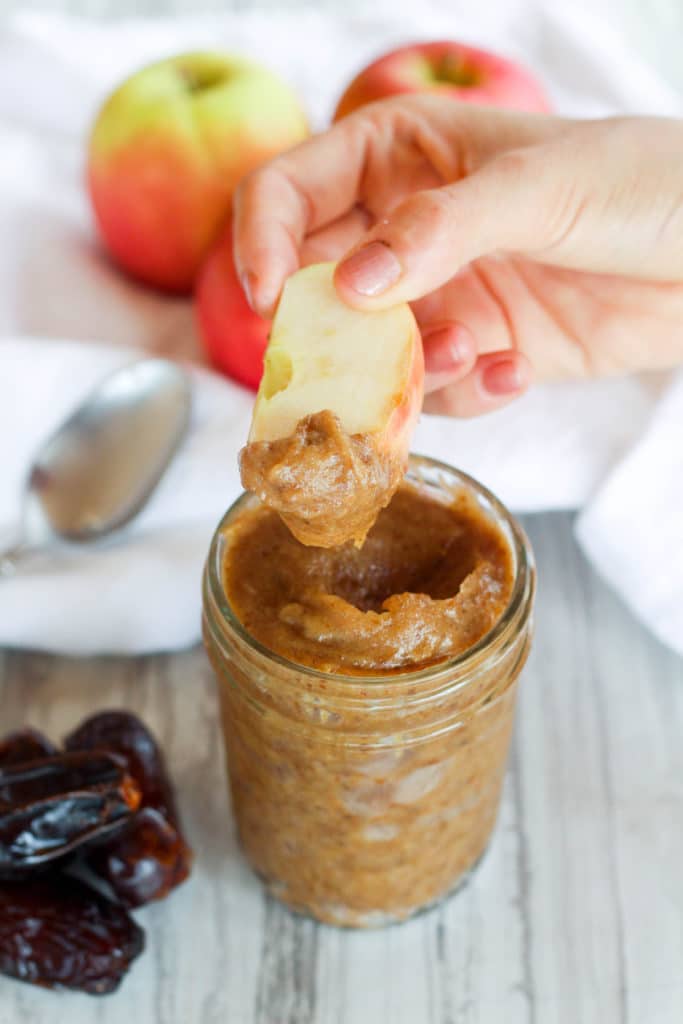 I was still pretty snacky after that so I snacked on some tuna mixed with laughing cow wedges while I made my lunch for today! Finished the night with a teaspoon of Natural Calm! 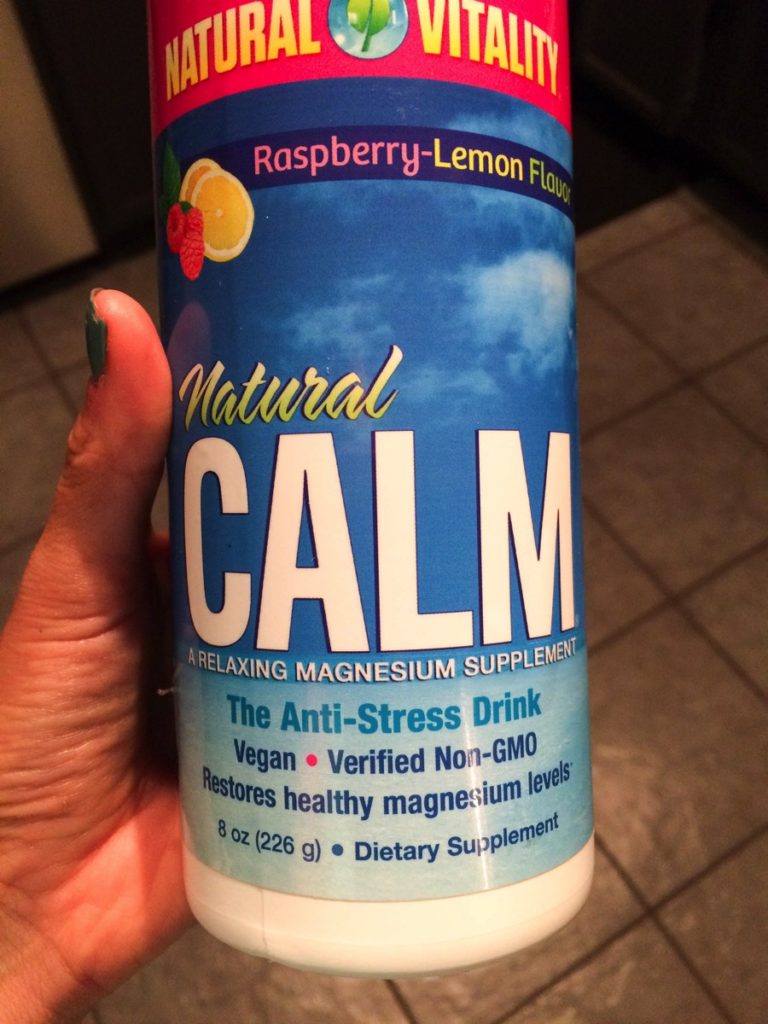 This past weekend was really fun so I also wanted to share with you guys some of the highlights.

My mom and I kicked things off Friday afternoon with a late lunch at Postinos in Arcadia. 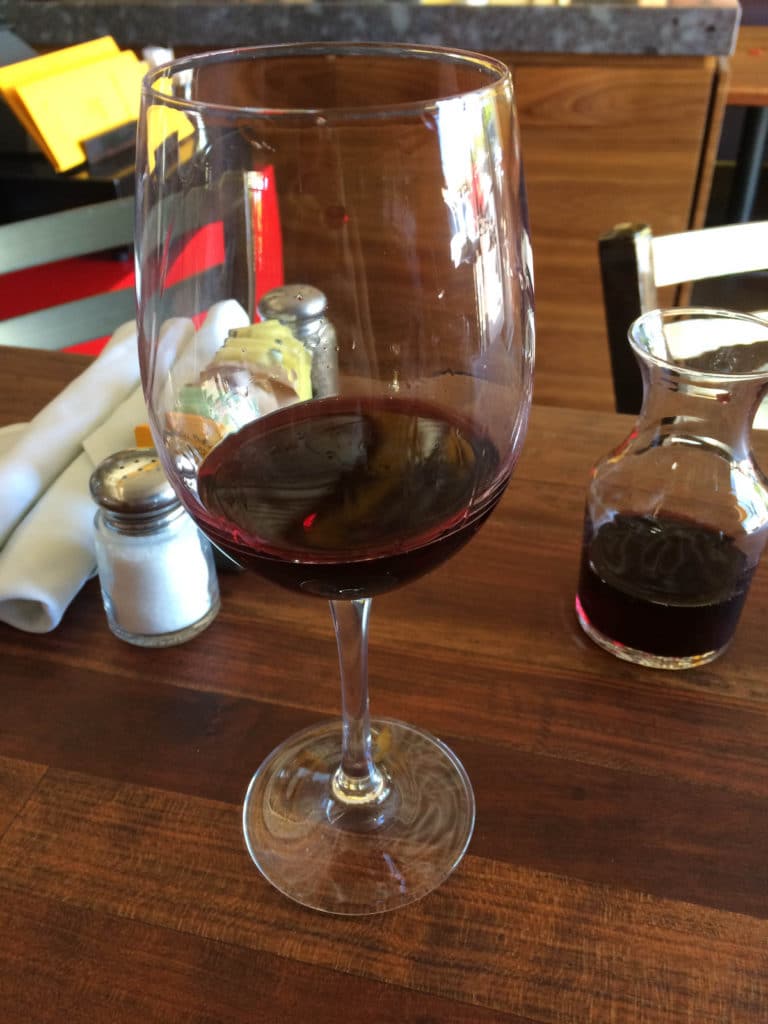 We shared a Butcher’s block, grilled cheese (not pictured), and a Brussels sprouts salad with turkey. 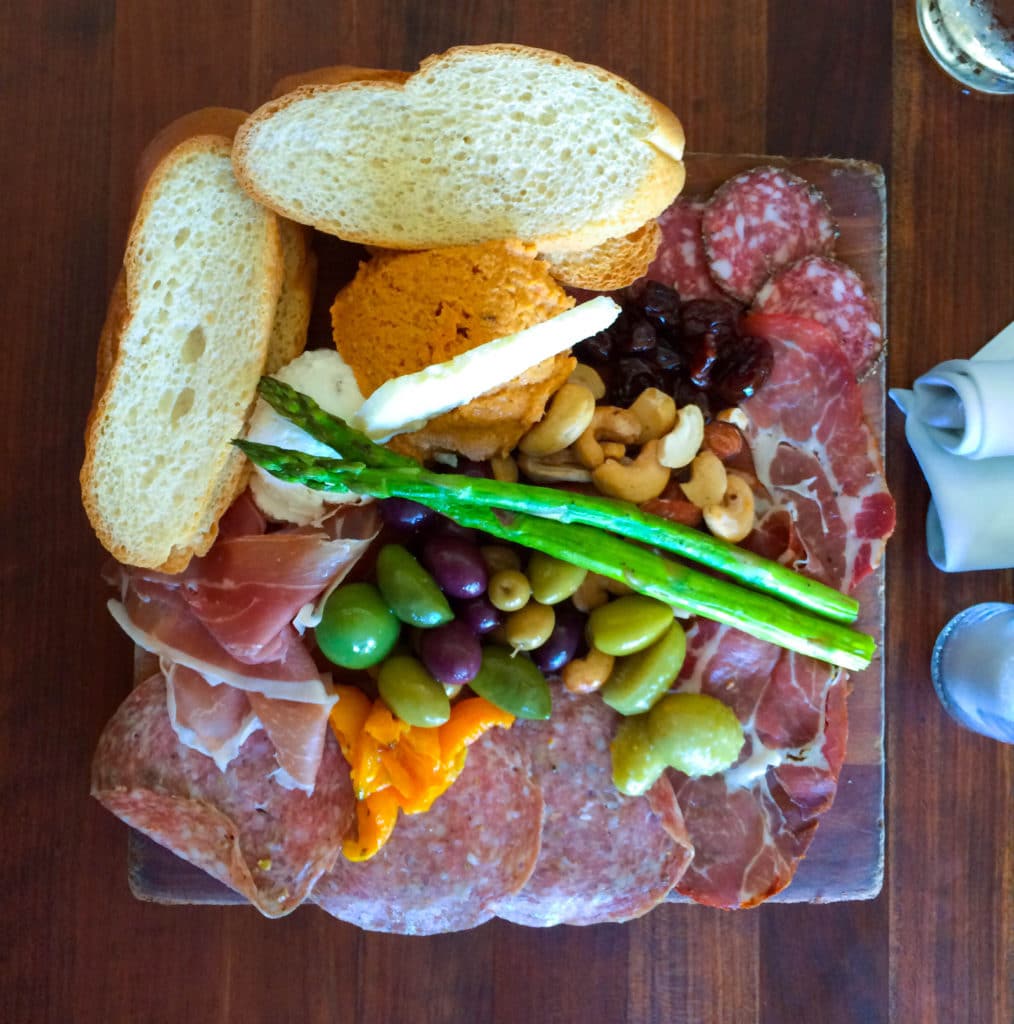 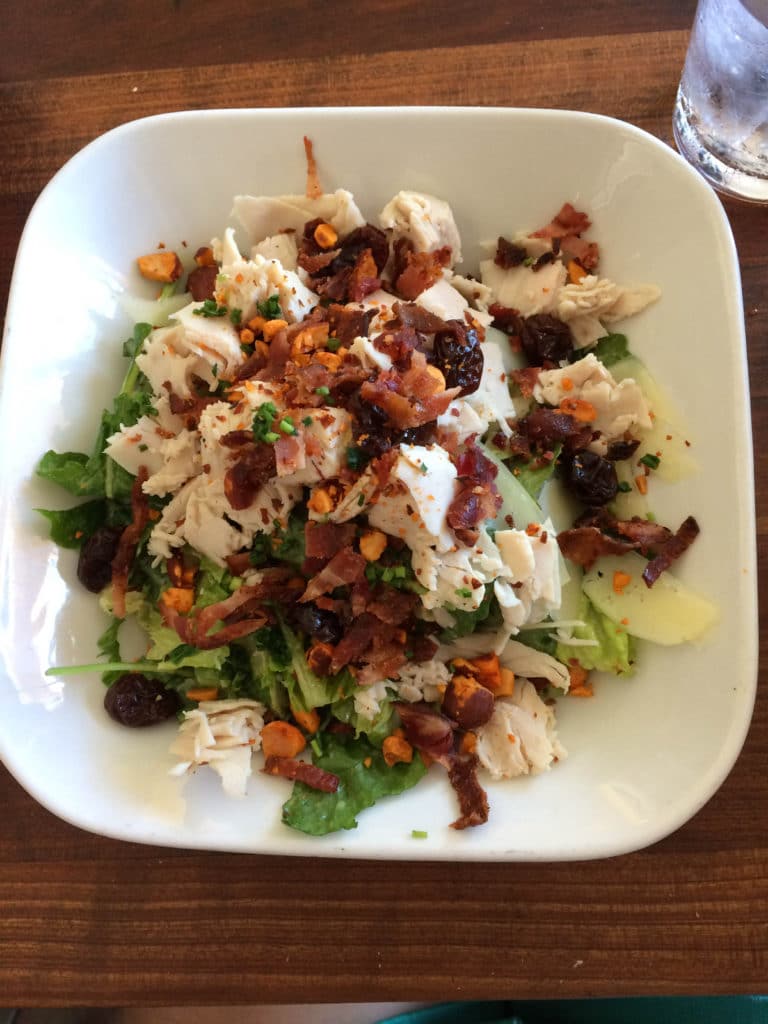 I took Nala with me to meet the run group.  I was nervous she would be out of control but she actually did pretty well and we covered 4.5 hot miles. 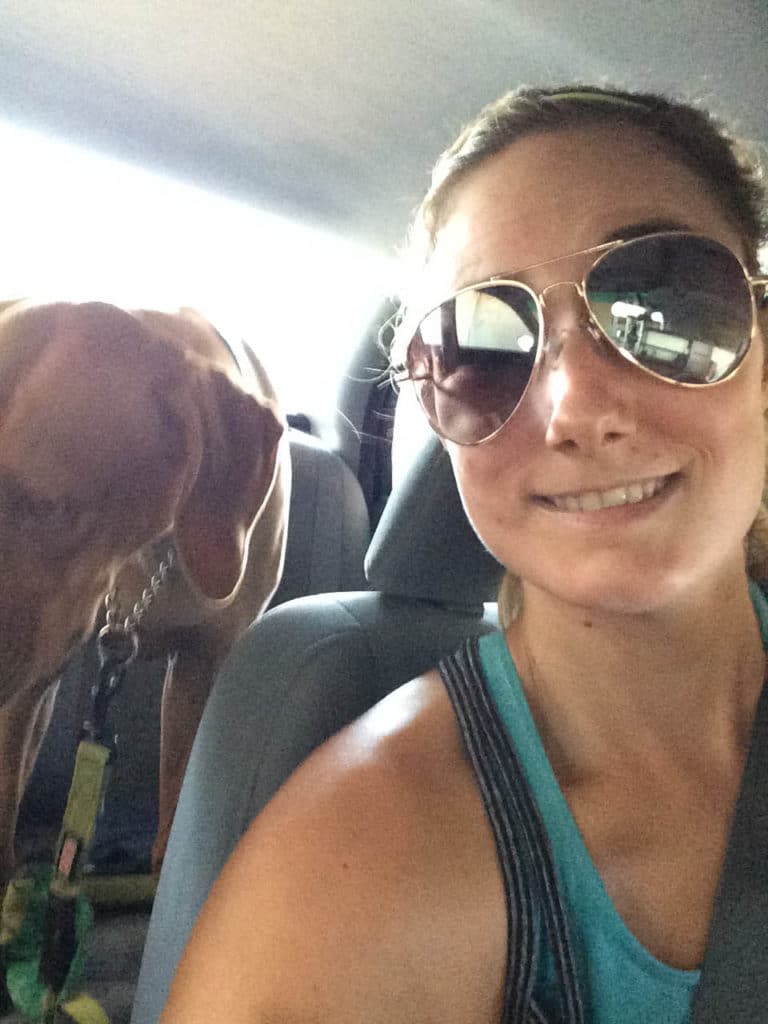 We stopped by Starbucks before heading to Mr. Hungry’s three on three tournament. 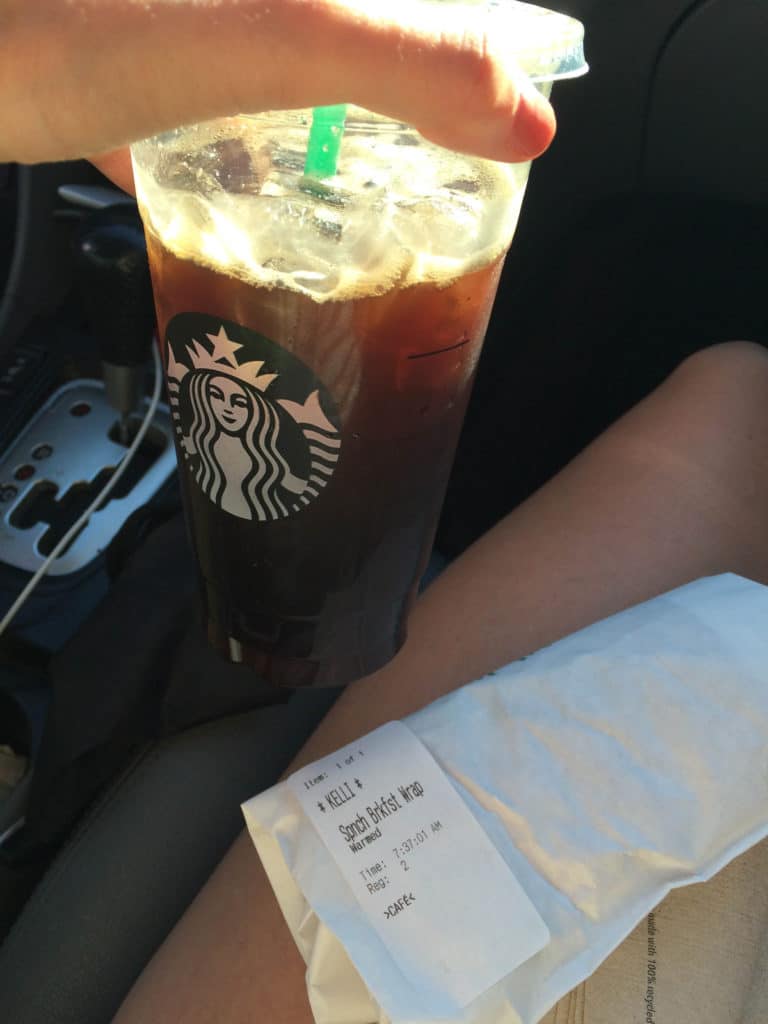 Each game was about 5 minutes but we had to wait an hour in between games. Luckily I brought snacks! 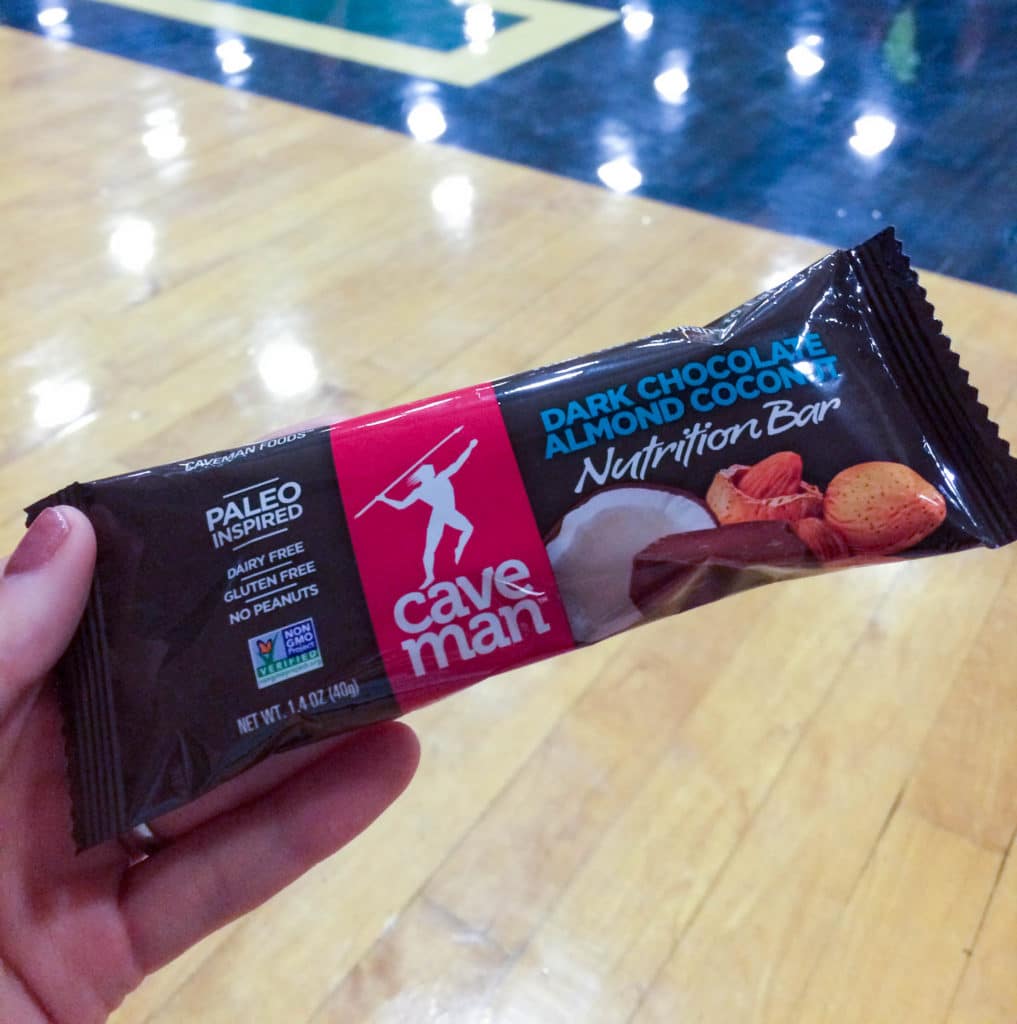 Saturday night Mr. Hungry and I went out for a date night!  We walked around the mall and then went to get some Mexican food! 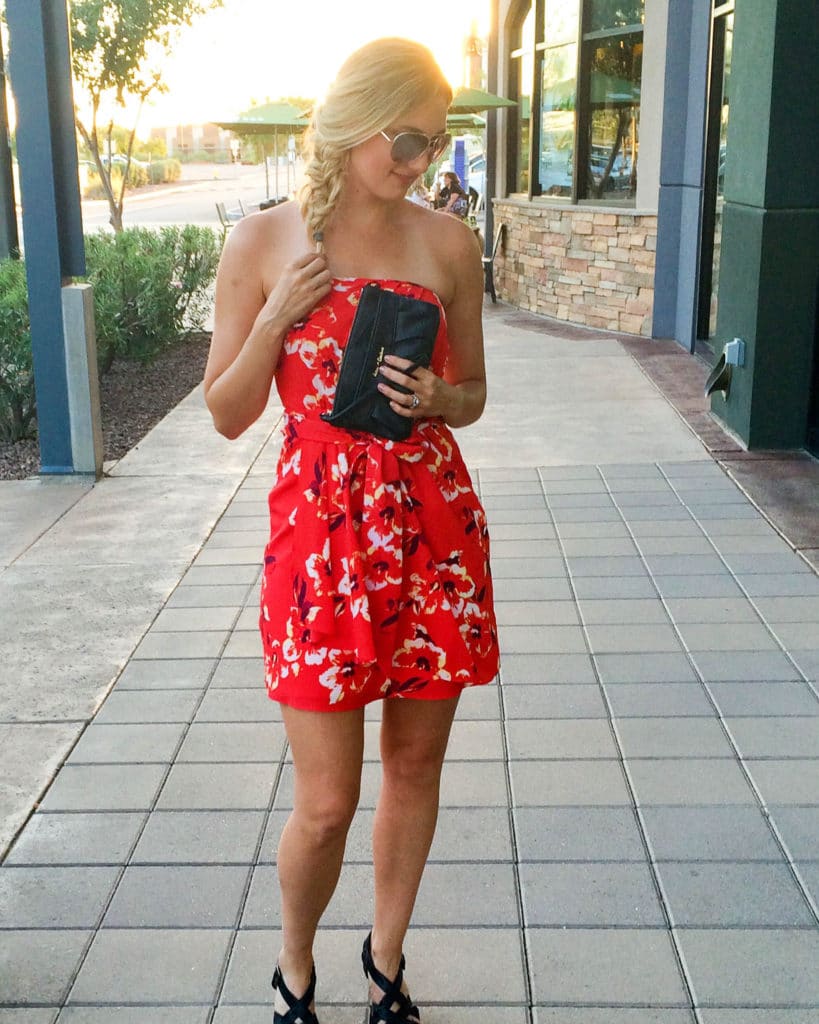 We started off the night with some guacamole which is made table side. 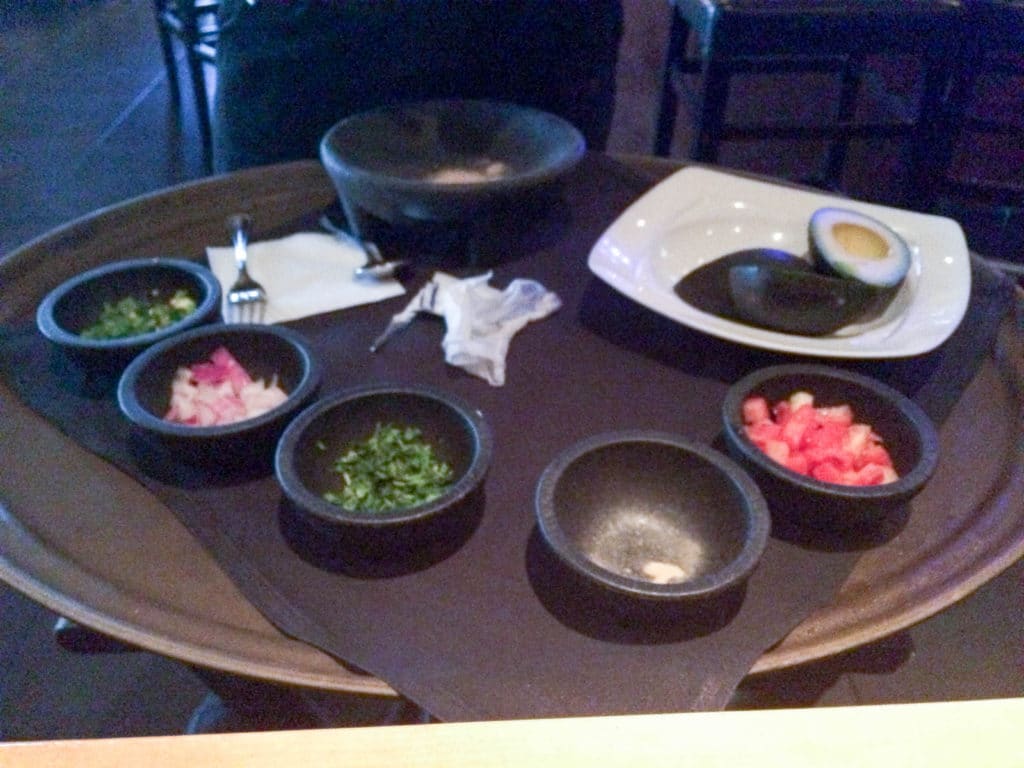 Sadly it was pretty unimpressive and kind of bland. 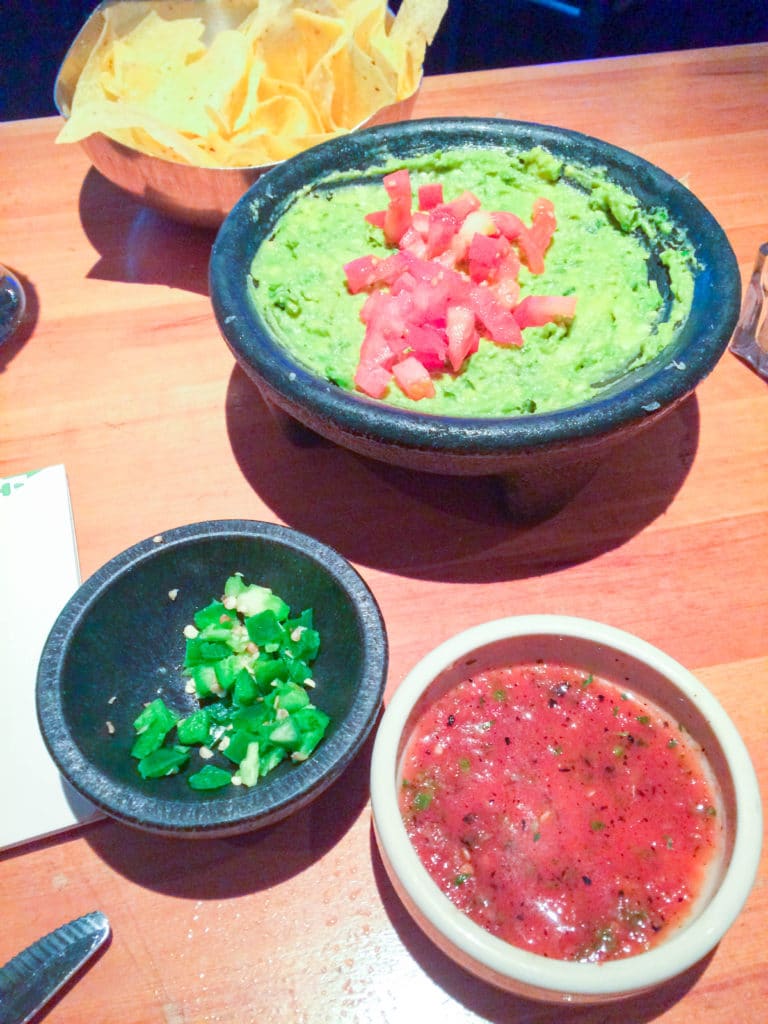 Is it just me or is it just not the same when tableside guacamole comes from a 19-year-old white kid instead of a “grandma” Hispanic lady?

Luckily the drinks were good, I had two skinny hornitos which was exactly 1.5 too many. 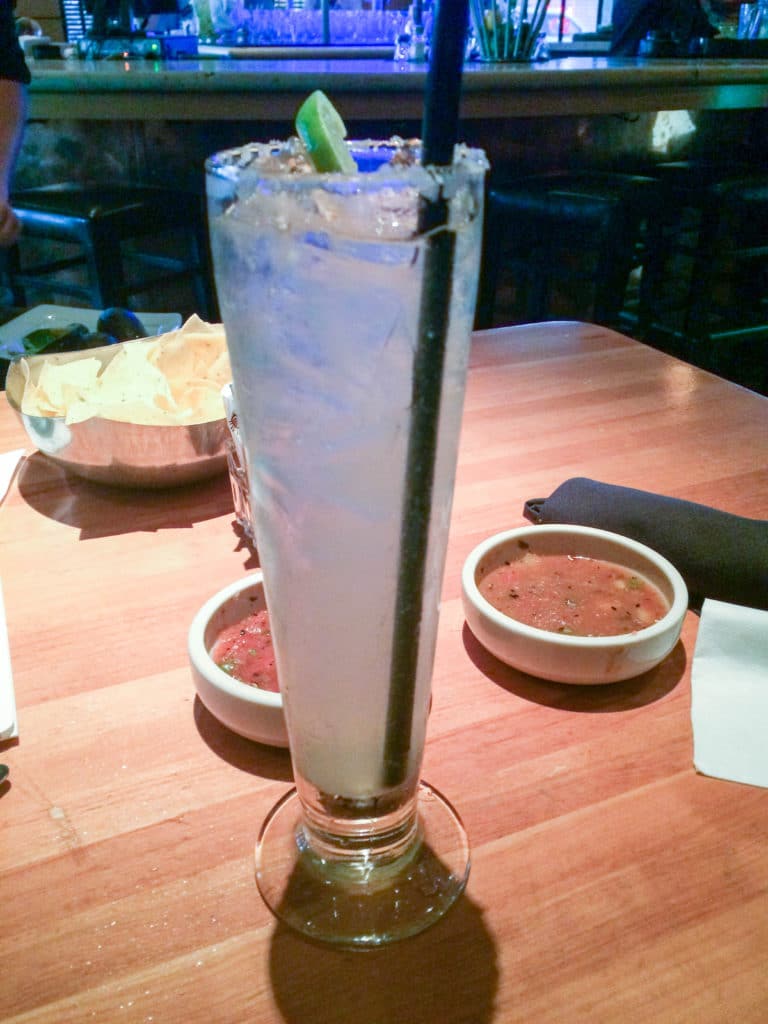 Luckily I wasn’t the only drunko though, we really couldn’t tell if our waiter was wasted or just kind of out there.  Either way, the waiter was hilarious and probably the best part about the experience.  The food really was just kind of not spectacular overall.  I got a salmon dish. 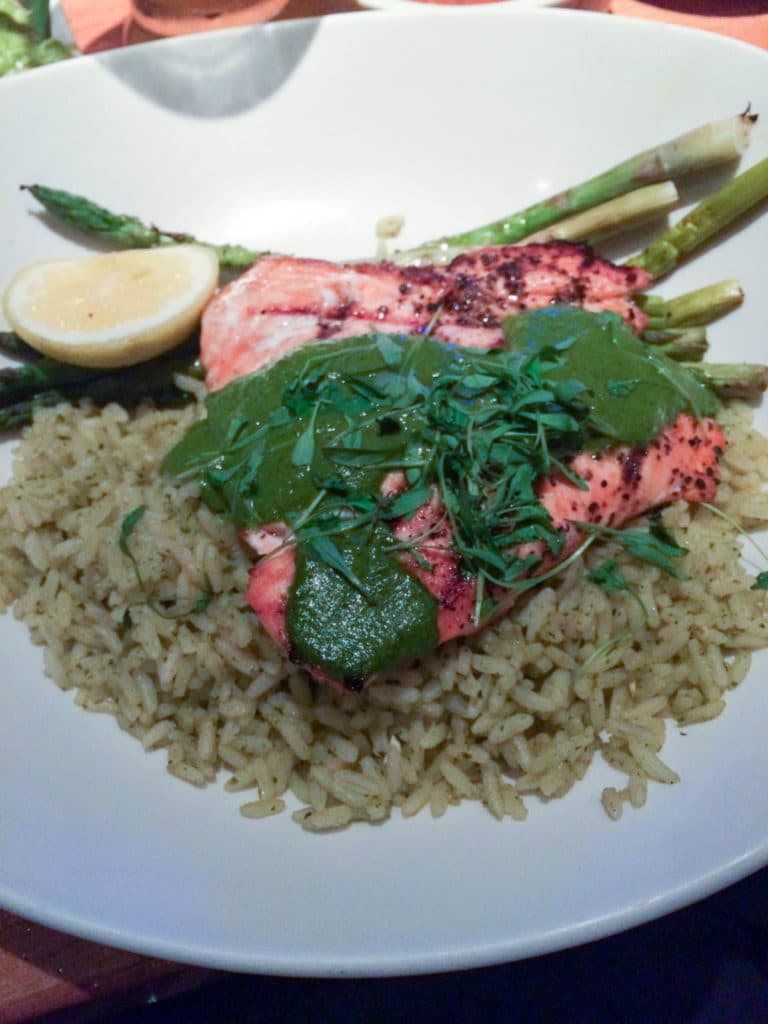 Mr. Hungry got a trio of stuff, the best part of which was the enchilada but again just kind of blah. 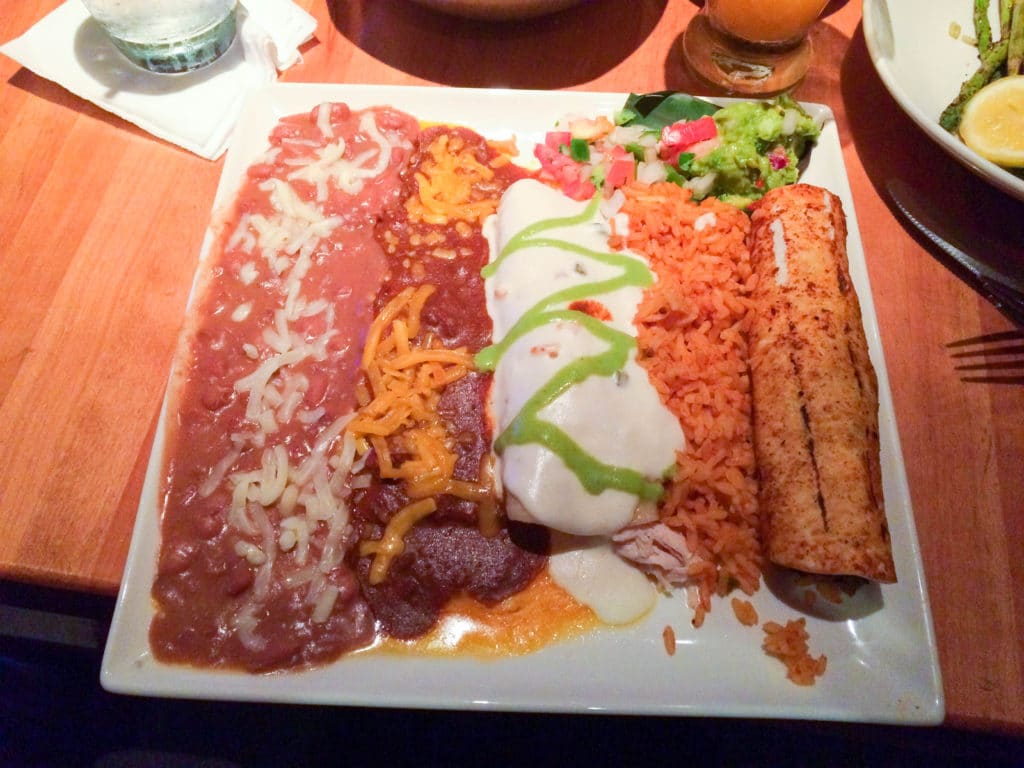 Doesn’t mean we didn’t have fun though!

Sunday I woke up at 2am and drank a bottle of water so luckily I avoided the worst of the hang over.  I drank another bottle while I was getting ready for church.

After Mass we headed to Tempe to give blood in honor of 9/11.  I had never done it before so I wasn’t totally sure what to expect.  They tested my iron, which was fine and then hooked me up.  The needle burned for like 5 seconds and that was pretty much it.  Then it was snack time! Not going to lie I wanted to grab the oreos but the guy before me made a comment about chosing the “healthy option” so I did too.  I did have a couple of Mr. Hungry’s oreos though! 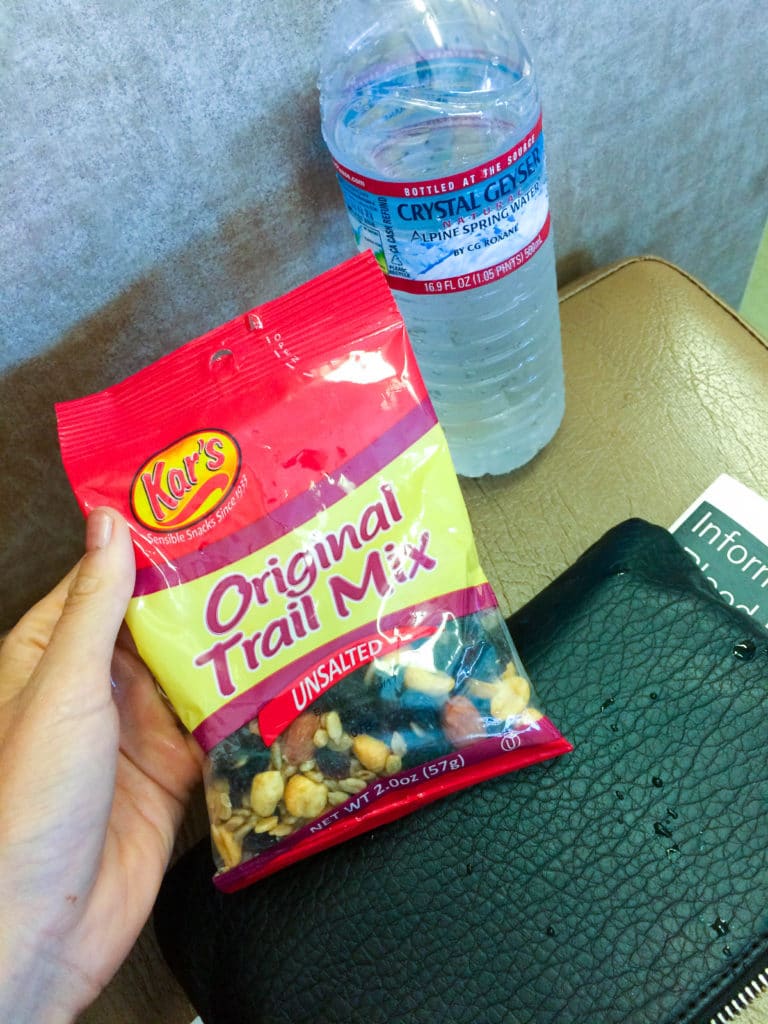 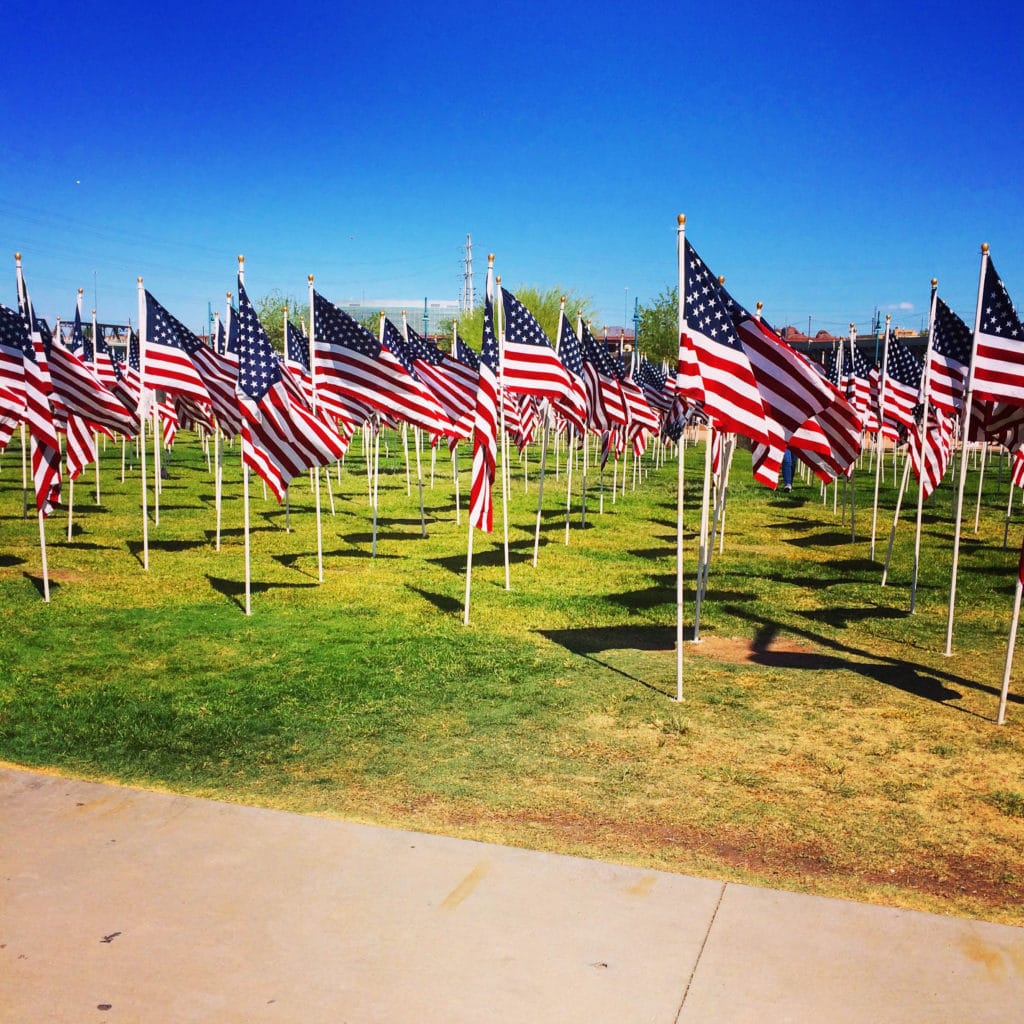 BUT MAKE SURE YOU DIDN’T MISS YESTERDAY’S OPPORTUNITY TO WIN A FULL MONTH SUPPLY OF SIGGI’S YOGURT!

Linking up today with Peas and Crayons for WIAW!