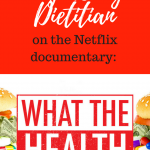 Alright, so I promised it was coming, and here it is.  But, before we get down to business, a few clarifications need to be made.

This review is not intended in ANY way shape or form to bash a plant-based or vegan diet.   It is not meant as medical advice, and I am not a Doctor, I am a Dietitian.  I am subject own personal biases and life experiences which are likely to be a HUGE part of this review.  Lastly, if you’ve been an HH reader for a while, you already know that I’m not the grammar queen.  Read at your own risk; if I don’t engage you with my opinions, I might boil your blood with my grammar.  Again, read at your own risk. 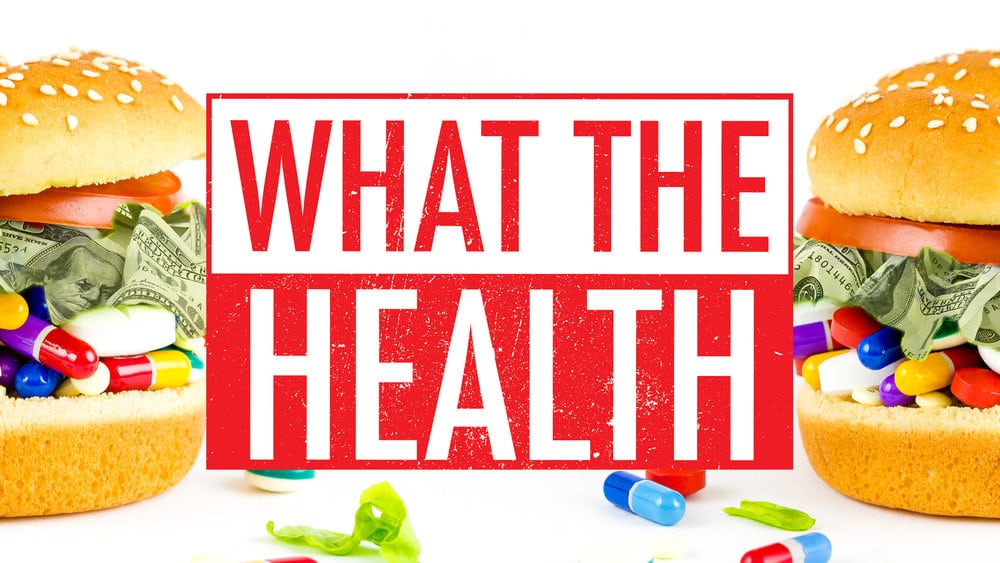 I almost don’t even want to write this post.  The more media attention this film gets, the more it takes away from documentaries that are worth your attention (both vegan and not vegan.) At the end of this review, I have included a plethora of reviews I found to be insightful, some are by Dietitians and some not I recommend you read them all.

If you are looking for detailed information assessing the validity of the claims made in this movie, check out those posts.  They get far more scientific than I will. This blog has never been a nitty-gritty science blog.

It’s for those of you just trying to make sense of nutrition in the little time you have.  For those of you scared out of your mind by this documentary, this is to calm your fears. 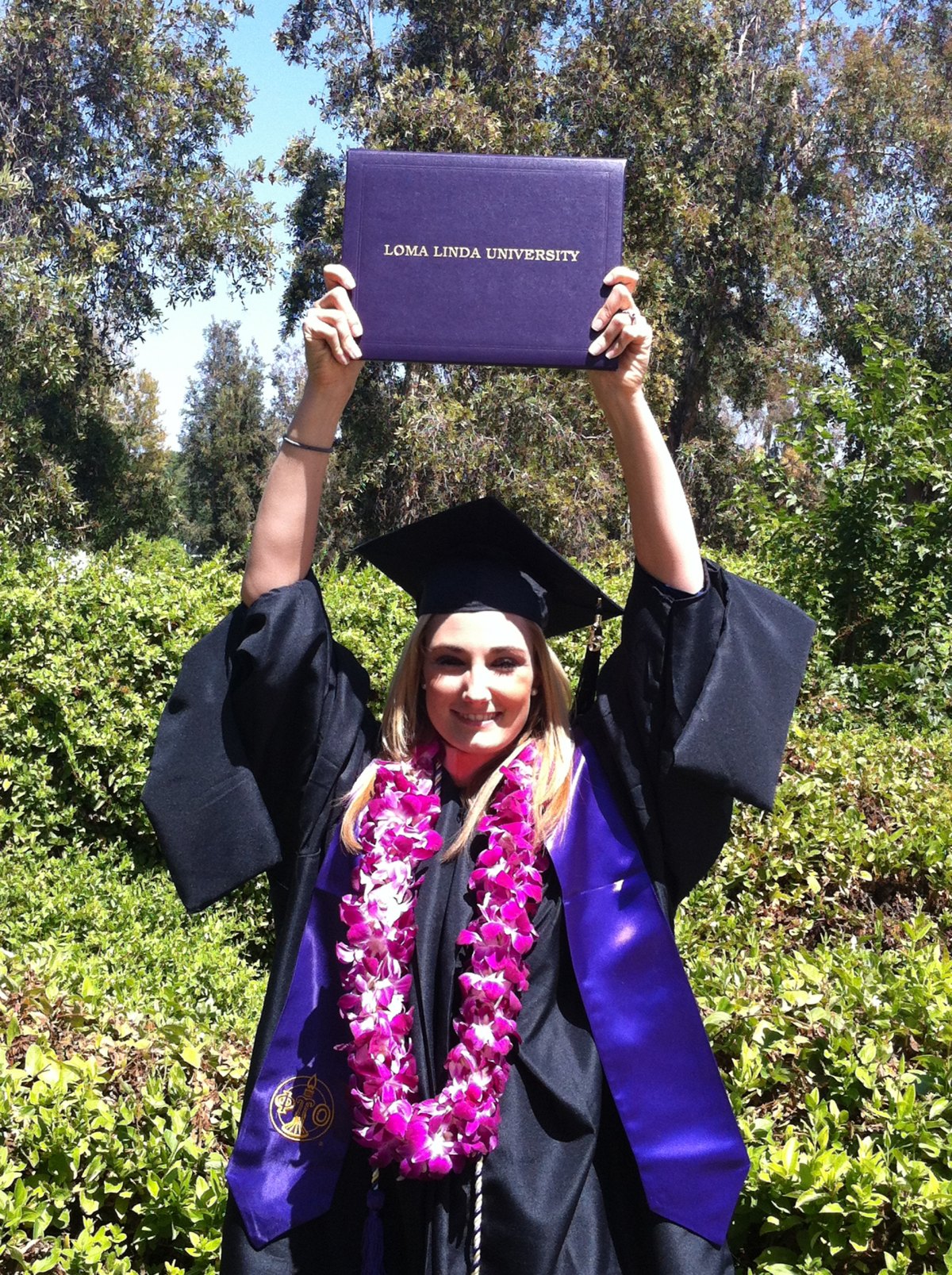 I said I was biased, and I am. I also feel that I’m more than qualified to dissect this movie for the fraud that is.  Why? For starters, because I received my Master’s of Public Health in Nutrition from Loma Linda University.

If you are unfamiliar with this college, it is a private Seventh Day Adventist (SDA) institution.   You should know that SDA’s recommend a vegetarian and vegan diet.  The institution is one of the leading research institutions on plant-based diets particularly the health effects of nuts, soy, and vegetarian/vegan diets overall.

I had an entire class devoted to learning about vegetarian/vegan diets, and the entire program emphasized this type of dietary pattern.  The entire campus is meat-free and caffeine free.  (The second issue bothered me more than the first. )

You should also know that Loma Linda, California is one of five and the only Blue Zone in the United States.  There are currently five areas in the entire world where people live to be centenarians (over 100) disproportionately to the general population.  The SDA community in Loma Linda California is the ONLY United States, Blue Zone.  If you are looking for a REAL professional documentary by a professional journalist with actionable steps to improve your life and health, I highly recommend you read this book as soon as you can!

So, if I spent two years immersed in learning about the benefits of following a vegetarian or vegan diet why I am not a vegetarian?  Because in my training, my professors, many of whom were vegan and the rest were vegetarian, didn’t use scare tactics or attempt to misrepresent the research blatantly.

They taught us how to decipher research on our own, and they presented us with ALL the relevant research, not just the parts of it that backed up their viewpoint or chosen dietary pattern.

Can you see where I’m going with this?  I sat down expecting to see a vegan documentary like I’d seen a million others that presented clear, well-rounded arguments for a vegan lifestyle.  Something maybe I could learn from, that would encourage me to eat more plants.  Instead, I just got a plethora of shady research interpretation if you could call it that, misinformation, and blatant lies.

The Things That Bothered Me Most

Discussing One Thing and Showing Another

Not Telling The Full Story

An omission is another form of blatant lying and another way of misrepresenting the research.

Examples of significant omissions in this film:

Several times in the film they blatantly misrepresent the research with shady “interpretation” tactics.

The one line that got me fired up the most: “carbs cannot make you fat, in human cells, when we eat carbs we either store it or burn it.”

Yes, this is true, we store it or burn it.  They go to lengths to emphasize the point that we store sugar as glycogen.  Yes, this is true. However, we have a finite number of available storage, about 1500-2000 calories that can be stored as glycogen, and athletes may have a little bit more.

However, we have an UNLIMITED amount of fat we can store. What happens if your glycogen stores are full and you don’t need it for fuel?  A magic carb fairy comes and takes it away from you?  Can I get me a magic carb fairy? Last I checked you store the extra sugar AS FAT.  I could go into the mechanism but I won’t, not today at least.

Positive Points of the Movie

Let’s end on a somewhat positive note, ff you didn’t know these things, I hope you do now!

Here they are.  My own opinions, take them, leave them, agree with them, burn them, that’s entirely up to you.  I promised to share them plus many friends and readers have repeatedly asked for my thoughts so here they are!

Remember, this is not a bash on a vegan diet.  I 100% believe both a vegan and vegetarian diet can be an extremely health promoting.  Just like a diet including animal protein, dairy, and gluten can be healthy.

I also don’t think vegan diets are for everyone such as Mr. Hungry who does not do well with beans or soy.  Just like I don’t believe a vegetarian or Paleo diet is right for everyone. Just like any diet, a Vegan diet can be done wrong, like when I did it in grad school and ended up iron as well as Vitamin D deficient (health problems that I fought for years and had other consequences on my hormones).

Oh and gained 10 pounds from all the peanut butter and bread I ate.  I apparently could have used more guidance.  Peanut butter and processed bread isn’t a good mainstay no matter what kind of diet you are on.  It’s about planning your meals, eating mostly real food that tastes good (I don’t force myself to eat beans because I don’t like them) and a ton of non-starchy vegetables.

All the other stuff is highly related to your activity level, your genetics, your preferences, your gender, your current health status, your goals, your ethical concerns, your religion, your budget, and a million other components.  Those are my thoughts; I hope it helps!

To follow this post I’m planning to do a quick post reviewing the benefits and shortcomings of the three most talked about diets right now:  Vegan, Vegetarian, and Paleo.

If you followed this review this long, I’d love to hear your thoughts!  Did you see the movie?  Have you ever tried a vegan diet? Are you vegan now?   (Warning: Be respectful as I will be to you.  If you troll me I will save it for my troll file, and then I will block you, just warning you now.)