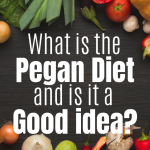 Have you heard that the paleo diet and the vegan diet got together in a slightly scandalous relationship and produced a baby they named the pegan diet?  It’s true!

Ever since Mark Hyman published this blog post coining the term “pegan diet” or Paleo-Vegan, the pegan diet has risen in popularity and is now one of the top searched terms on Google and Pinterest.

I actually kind of thought it was a joke when I first heard the term “pegan diet.”  Immediately, I figured it was just a dairy-free gluten-free healthy diet and that is basically true, but that isn’t the whole story. 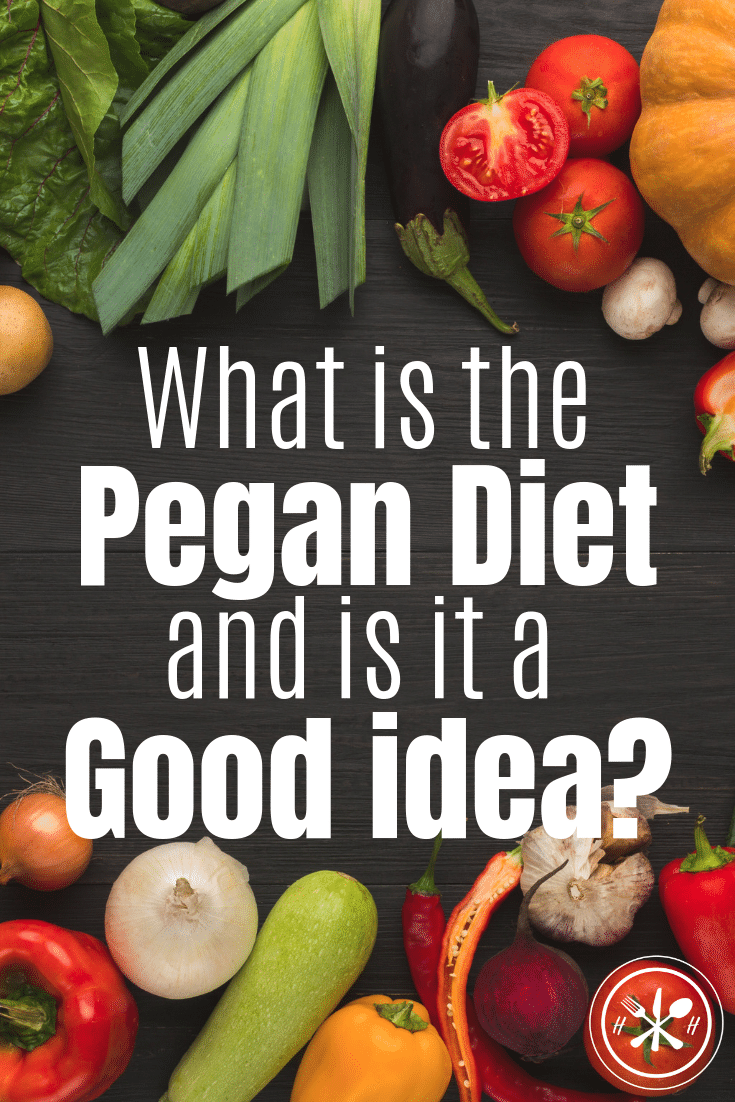 Before we go any farther, let’s do a quick little recap of the “parent” diets of this new fusion.

Paleo Diet aka “the caveman diet”

The paleo diet has a few guidelines:

The Pegan Diet or Paleo-Vegan Diet

Dr. Hyman makes the point, which I 100% agree with, that so many “diets” have the same themes to them. Almost every diet (except keto – insert eye roll) emphasizes you should eat a billion vegetables and some fruits.  They also emphasize limiting processed foods such as refined sugars and flour.

Dr. Hyman goes on to emphasize the following as part of the Pegan diet:

The organic and local thing, eh, I mean research hasn’t shown that organic pesticides (yep, they still have pesticides on them) are any better than conventional.  I try to eat the dirty dozen organic and leave it at that.  Local is good, but I don’t have time to hit up farmers markets every week so I don’t stress about that either.

As for the meats thing, yes, I think meat quality is very important.  Meat quality does affect the nutrition profile of the product (you can read about that here.) I think we are all overeating meat because it’s too cheap (relative to prices around the rest of the world).  Buy the good stuff and eat less of it.

As for the mercury level in fish, I agree on this point as well.  Swordfish and other big fish probably shouldn’t make up the majority of fish intake unless you want mercury poisoning.

Now for the more controversial recommendations:

– I’ve also been equal opportunity dairy and non-dairy if you can tolerate it then go for it. Why? The research is mixed, for every negative study I can find a positive one. I’ve included some resources below if you want to read further into that.

– Beans have lectins in them that can cause digestive upset in some people.

My thoughts: First of all, sprouting can reduce lectin content. Second, not everyone is sensitive to lectins. If you aren’t sensitive to lectins, then beans have been associated with numerous health benefits. If you are, like Mr. Hungry and many of my MRT/LEAP clients then you should avoid them. I don’t like them (wish I did!), so I avoid them outside of hummus, chickpea pasta, and blondies. More resources below.

And I quote, “If you consume flours made from grains you might as well be drinking soda.”

I think that is dead on because the blood sugar response will be similar whether you are consuming all-purpose flour (including gluten-free 1 to 1 flour) or soda.

But what about things like quinoa flour, brown rice flour, or my beloved oat flour? I don’t think they are like drinking soda, but they aren’t as healthy as eating unprocessed quinoa, brown rice or oats because the blood sugar response will be faster and more dramatic in flour versions (leading to weight gain.) Overall, I do tell my clients to eat things in their most unprocessed form aka original form.

I agree with many of his recommendations, but I found them hard to summarize because each recommendation has a stipulation to it.  For example, limit beans – chose lentils only and avoid large starchy beans.  Whaaatttt?????? Makes my head hurt trying to memorize it all.

I got the impression that he was recommending the diet that works for HIM personally.  He even says it: this is how I eat. “I’m a Paleo-Vegan and you should be too.”  Sure, he is a trim looking guy with an MD, but just because it works for him doesn’t mean it is the end all be all.  He is an individual just like all of us which means you may prefer and tolerate certain food groups differently than him.

Overall, I found this diet to be more of a modified paleo diet that includes some grains and legumes then a paleo-vegan fusion.  I like the basic tenants of this diet and the paleo diet for their focus on lots of unprocessed plant foods as well as the focus on blood sugar control when choosing starches.  If you want to try and follow every single recommendation for all food groups, I don’t think it will hurt you. I just think it will be annoying and difficult to remember which seems like it would be difficult to stick with long term.

Have you heard of the pegan diet?  Do you eat paleo? vegan? or pegan?

A big thanks to my intern, Mindy, for putting these resources together for this article and doing the bulk of the research!

Studies that support dairy as “unhealthy.”

Sources that support how dairy is healthy and advantageous:

Meat should be a condiment and should be grass-fed

Limiting bean intake will reduce digestive issues according to Hyman: