Hi Friends!  You were supposed to get a yummy Buffalo Butternust Squash Dip recipe or a quick delicious dinner involving stuffed Delicata Squash today, but instead you’re getting a recap of my rather uneventful weekend.  I promise those yummy things will be coming soon though (apparently it will be squash week)!  Fact is I spent way too long researching hip injuries last night instead of putting together the right posts.  Whoops!  My research was good though and I’ve got a new plan,which we will get to in just one second.  First, a quick recap of the weekend happenings.  For starters, I had a lot of scrambled eggs using the new to me KERF technique to make them, so addicting! 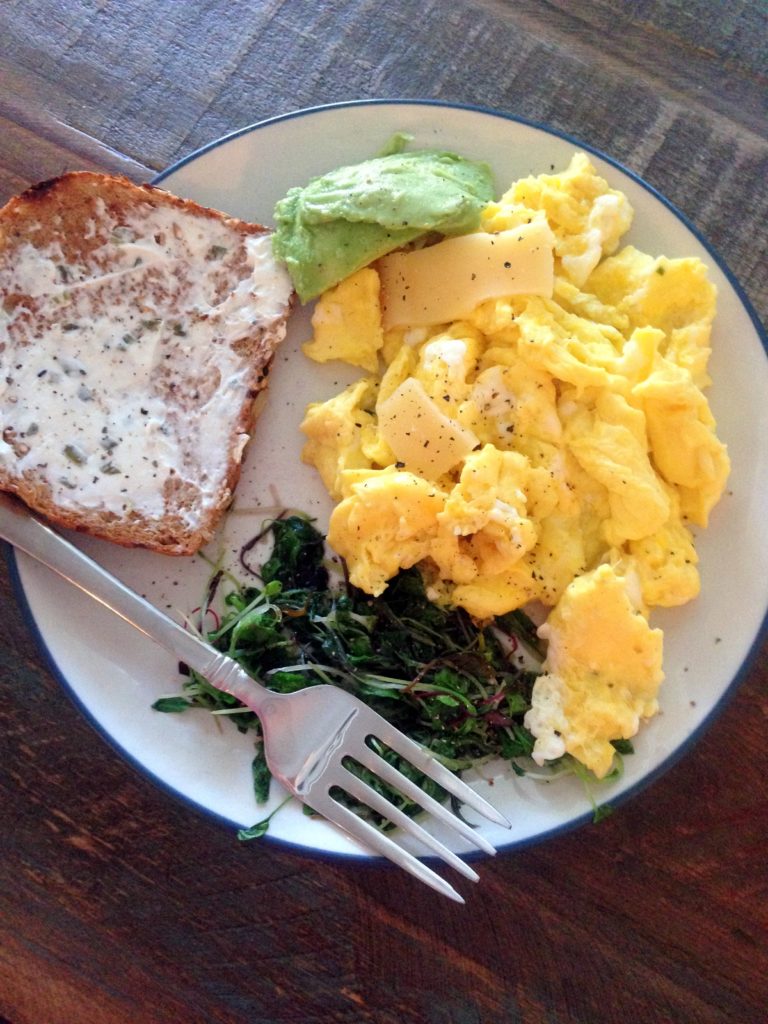 And the Original Burrito Company made it back in my life, egg white and green chile breakfast burrito on a whole wheat wrap which was soooooo good. 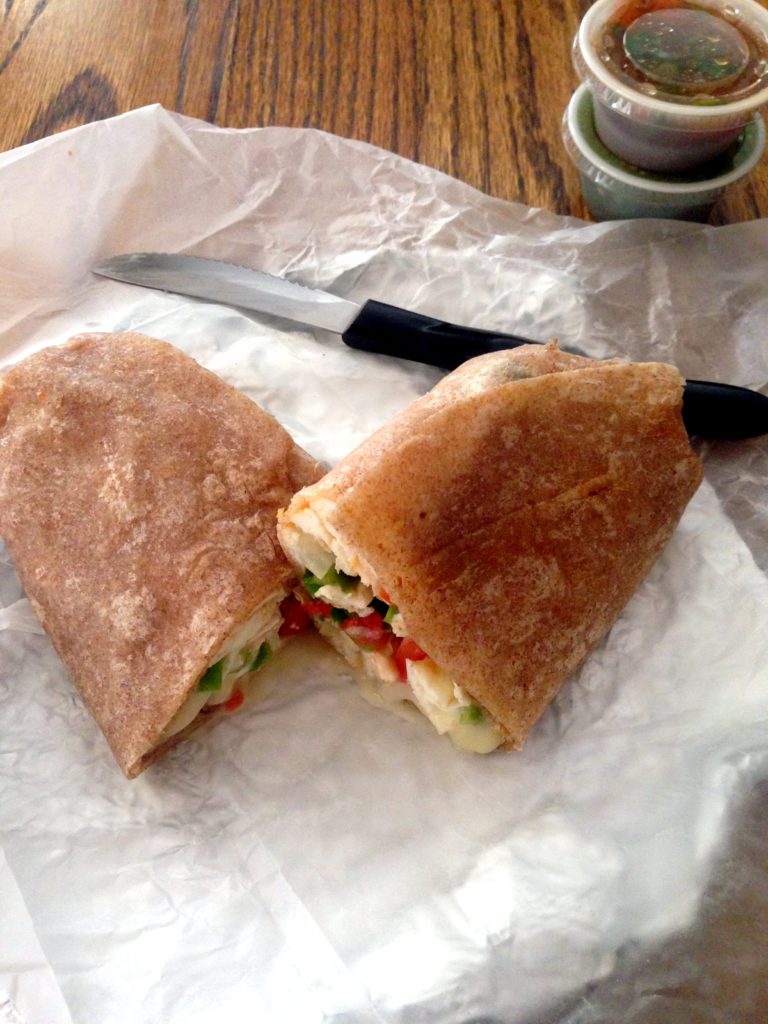 We spent Saturday helping Mr. Hungry’s parents get ready for their move to Nor Cal.  We started by picking up his Dad’s Camaro which is finally finished after working on it for years!  I’m not sure how long but at least as long as I’ve been around…. so more than 5 years?  Mr. Hungry had SO MUCH fun driving it! 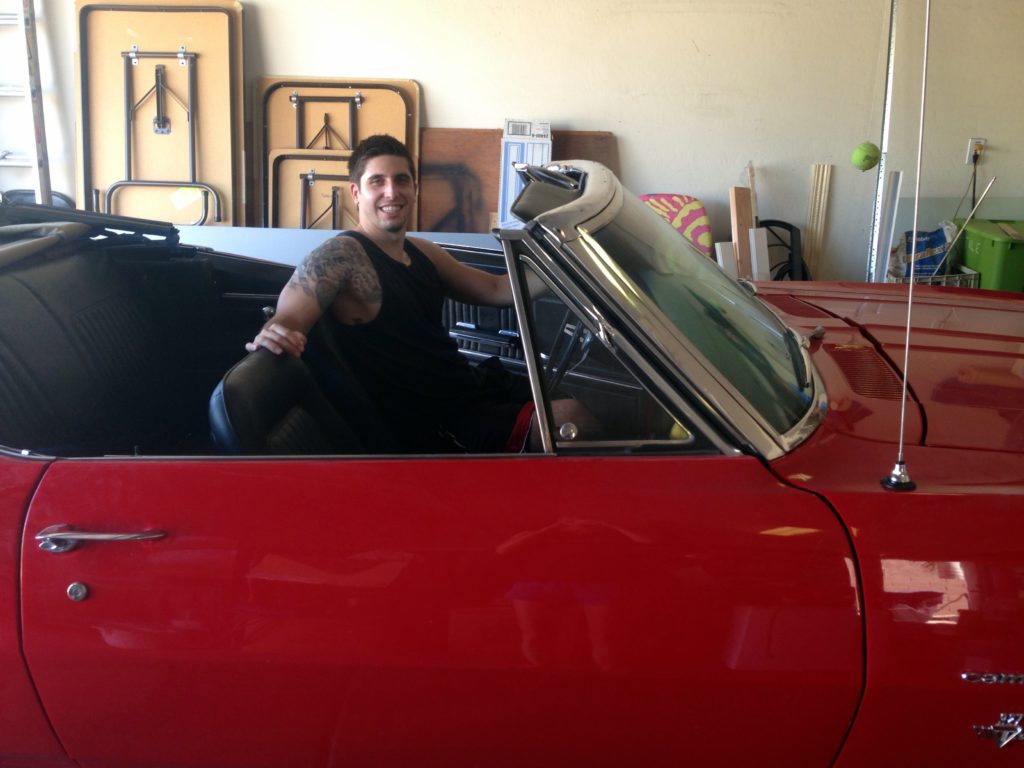 Then it was time to shovel rock!  6 Tons of rock were sitting in the driveway and we got to work shoveling and raking it all over the front and back yard.  It was a crazy amount of work but also a really great work out!  We rewarded ourselves with a dinner from Cheddar’s! 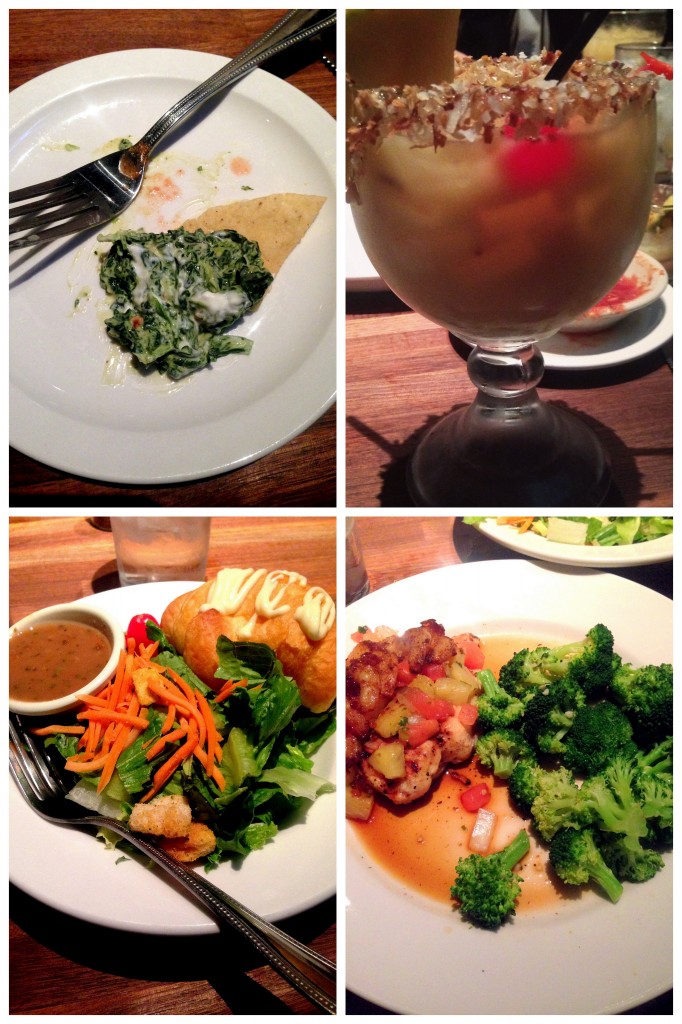 My hip flexor (along the front of my leg) are definitely sore, so Sunday ended up being a rest day which was glorious like any other rest day!  Complete with this amazing fall themed dessert, baked apples stuffed with almond butter, so good! (We had this on Friday night too, so goooood.) 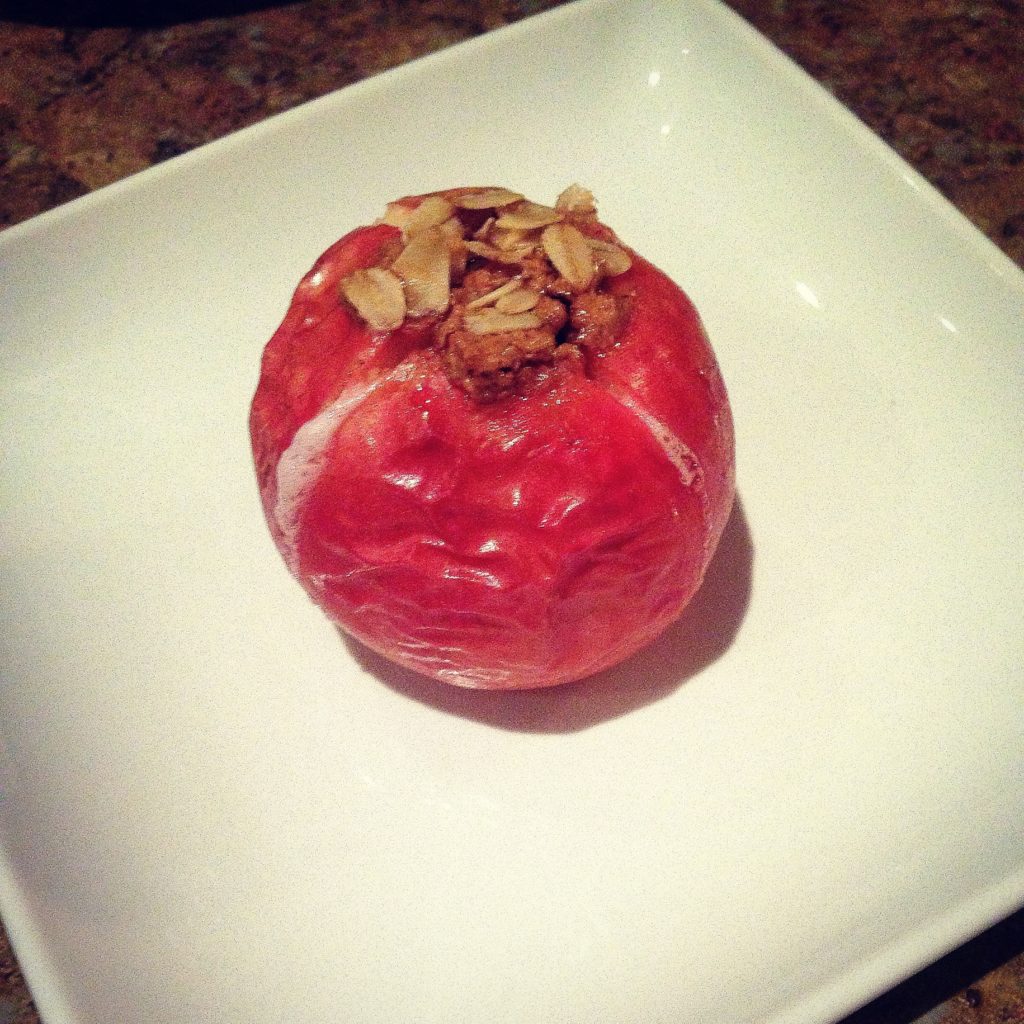 Well for one thing I decided I’m taking a break from running.  In June after an almost 6 month break from running, I was going on runs with no pain and it was awesome, I thought for sure I was getting better.  The minute I started to increase the frequency/duration the pain came back.  I kept running and blaming the shoes (which I’m still not totally convinced about either) because I was afraid to stop and lose my endurance.

I have decided that is an irrational fear, so far I’ve been pretty amazed at my ability to maintain my fitness level without running, especially if I strength train.  I was also surprised how quickly I recovered a decent pace for running after such a long break.  My plan is to wake up in the morning and do strengthening and stretching on the days I don’t go to yoga.  If I have yoga I’ll do it after, I’ll also be foam rolling before and after all exercise.  More strength training and plyometrics more times per week, I might go back to crossfit but I’m not totally sure yet (SO EXPENSIVE).  If not I’ll need to sign up at a gym with a Bodypump class or something. I’ve been pretty down about not being able to run lately, it’s REALLY frustrating.  However, instead of finding horror stories on the internet, last night I found a success story, right when I needed it the most.  I know that I can beat this and get it not just under control, but out of my life.  I just need to really commit to stretching and strengthening before I start running again.  So at minimum I will be taking two weeks off of running while I focus on strength.  I’ll also most likely be getting orthotics in the mean time as well.

Hope you had a great weekend and Happy Monday!