This weekend I shared a few extra goodies like how to make heathier dips and how to fight inflammation with food (all about Omega 3s) in case you missed it!

Friday night we had a Jessica Jones marathon, I really liked it at first but I decided by the end of the marathon it wasn’t for me.  Blood and guts = not my thing, I’ll add that to the list of Mr. Hungry favorite TV shows I ignore, along with Walking Dead and Sons of Anarchy.  My thing?  Once Upon A Time and Empire. Give me some make believe and rap music any day.  Saturday morning Mr. Hungry went to play basketball and I headed to the store to get our meal prep going. After last week kind of lame eats, I wanted to be on top of it this week!  Anyone else decide their grocery trips according to who has coffee samples available? 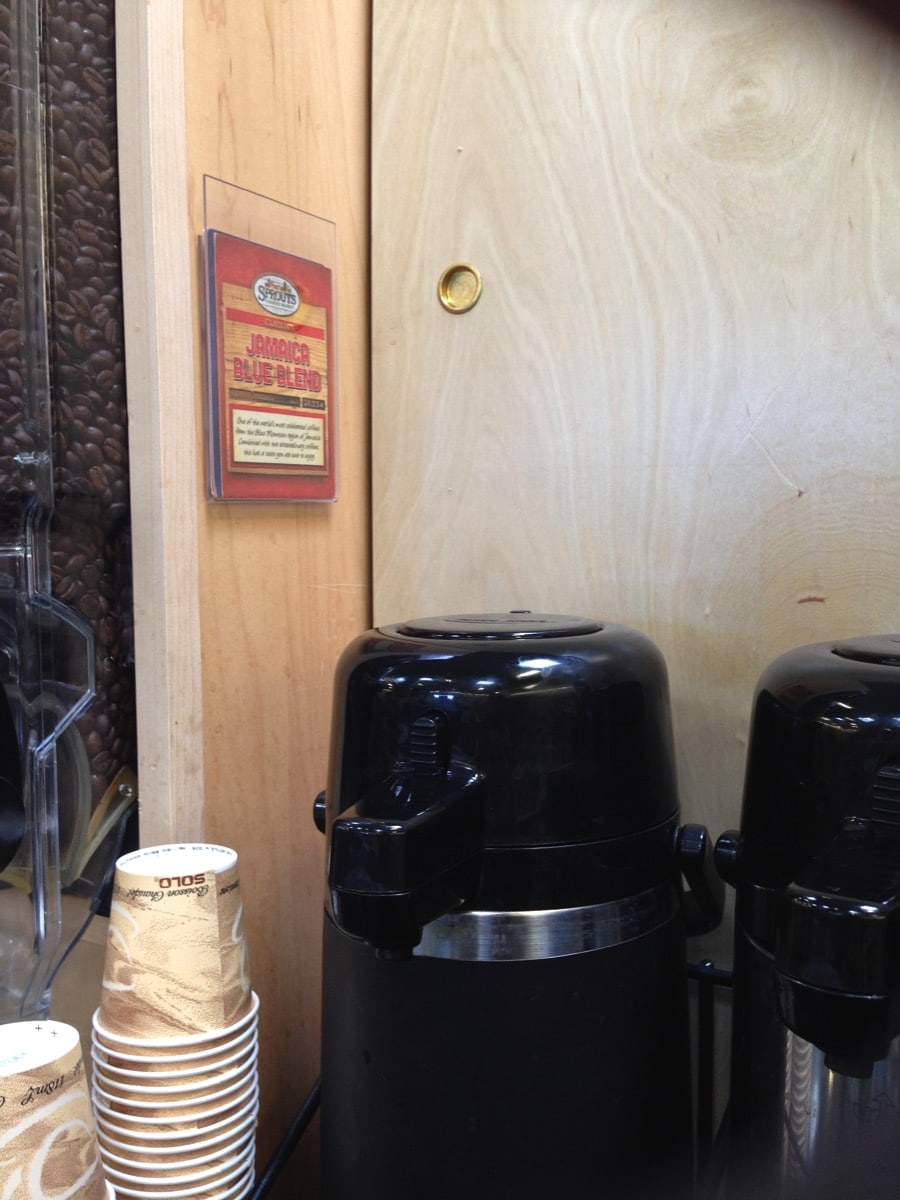 Then I got a workout in thanks to Nike Trainer! 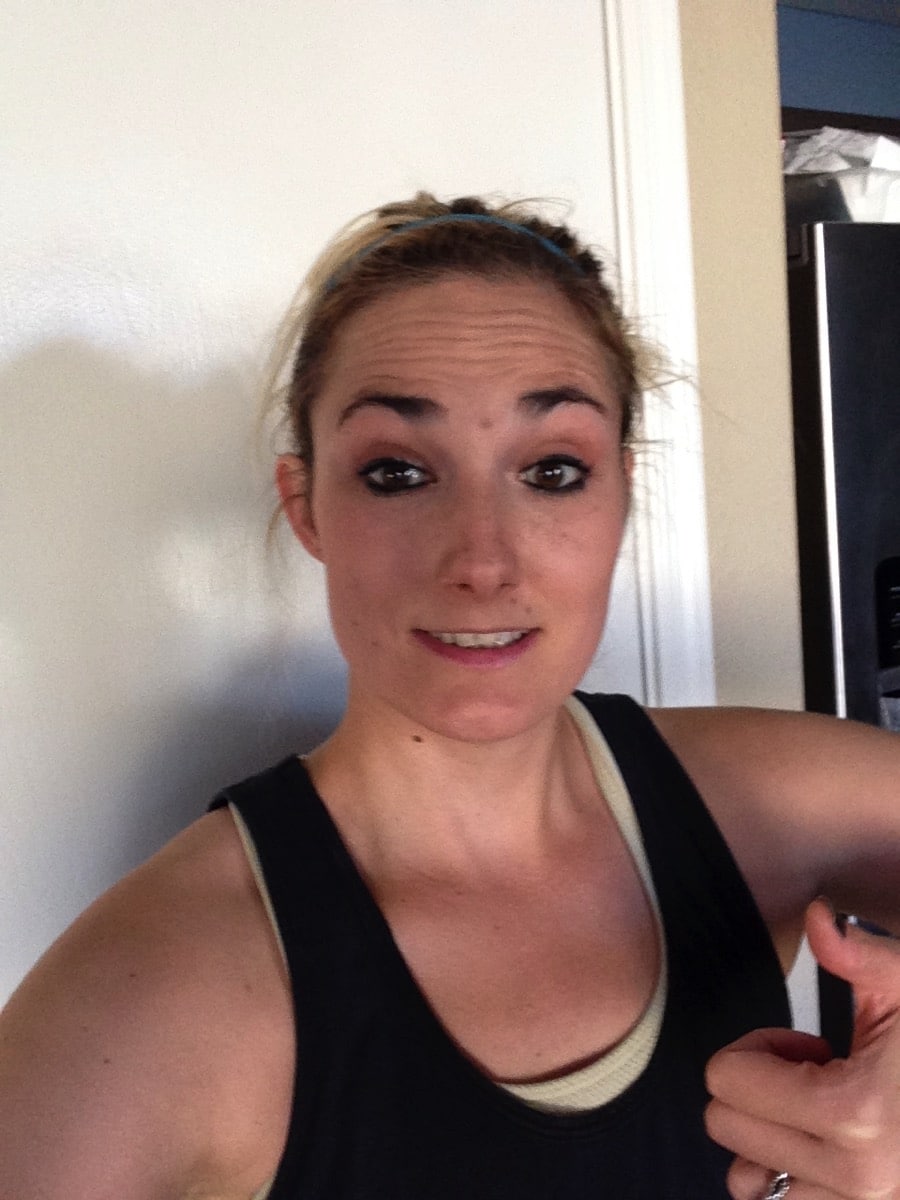 After being kenneled all morning we thought it would be a good idea to take Nala to her favorite place in the world, the dog park! 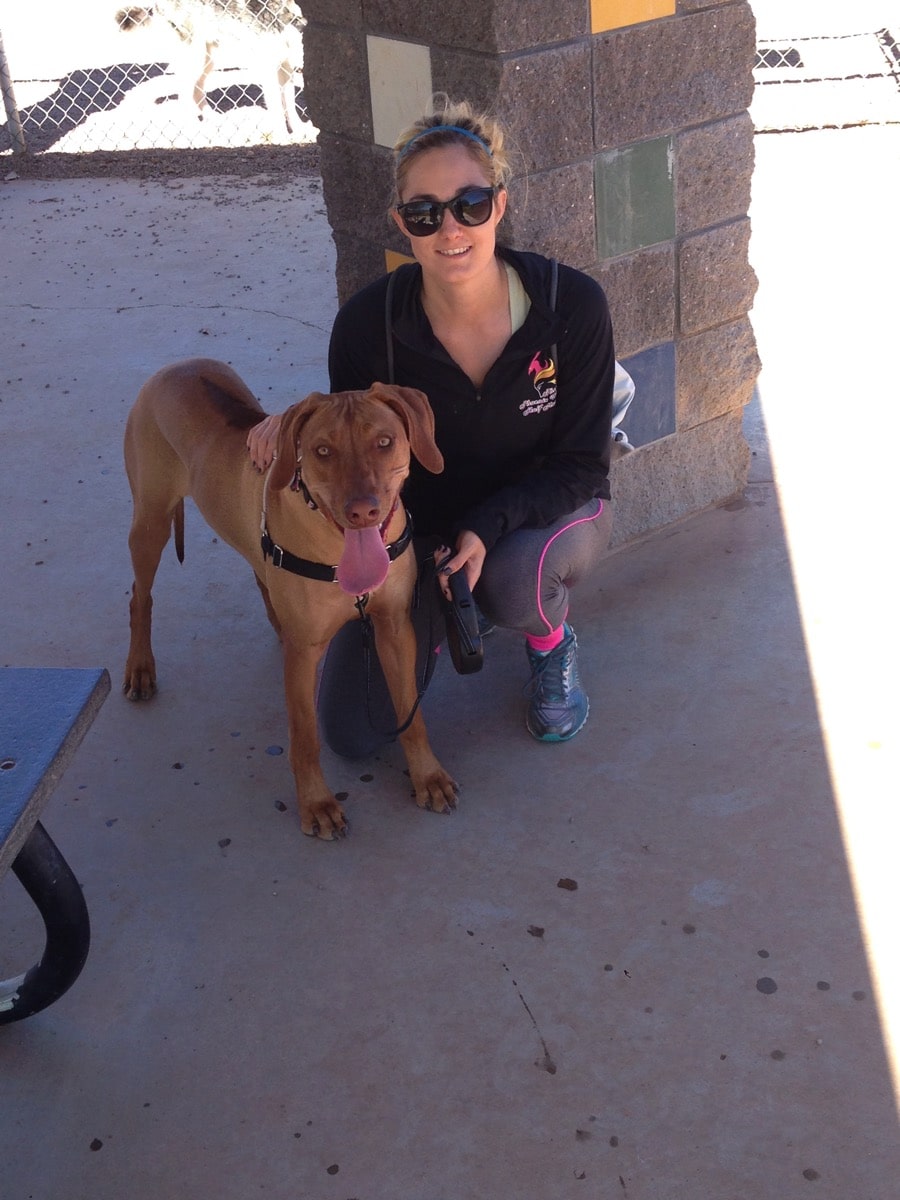 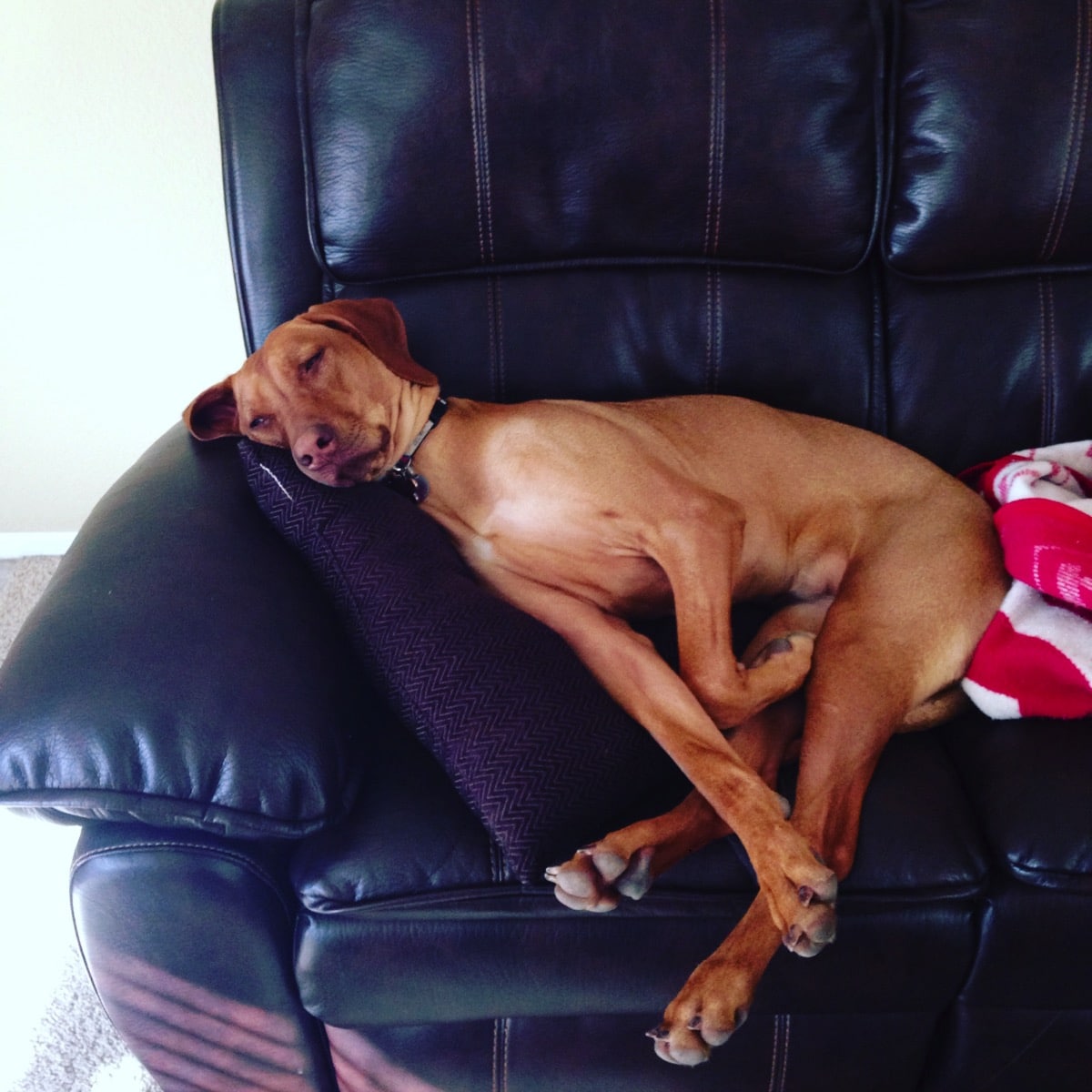 We went to church Saturday night so that we could go hiking in the morning. Same dress I wore in Colorado from stitch fix. 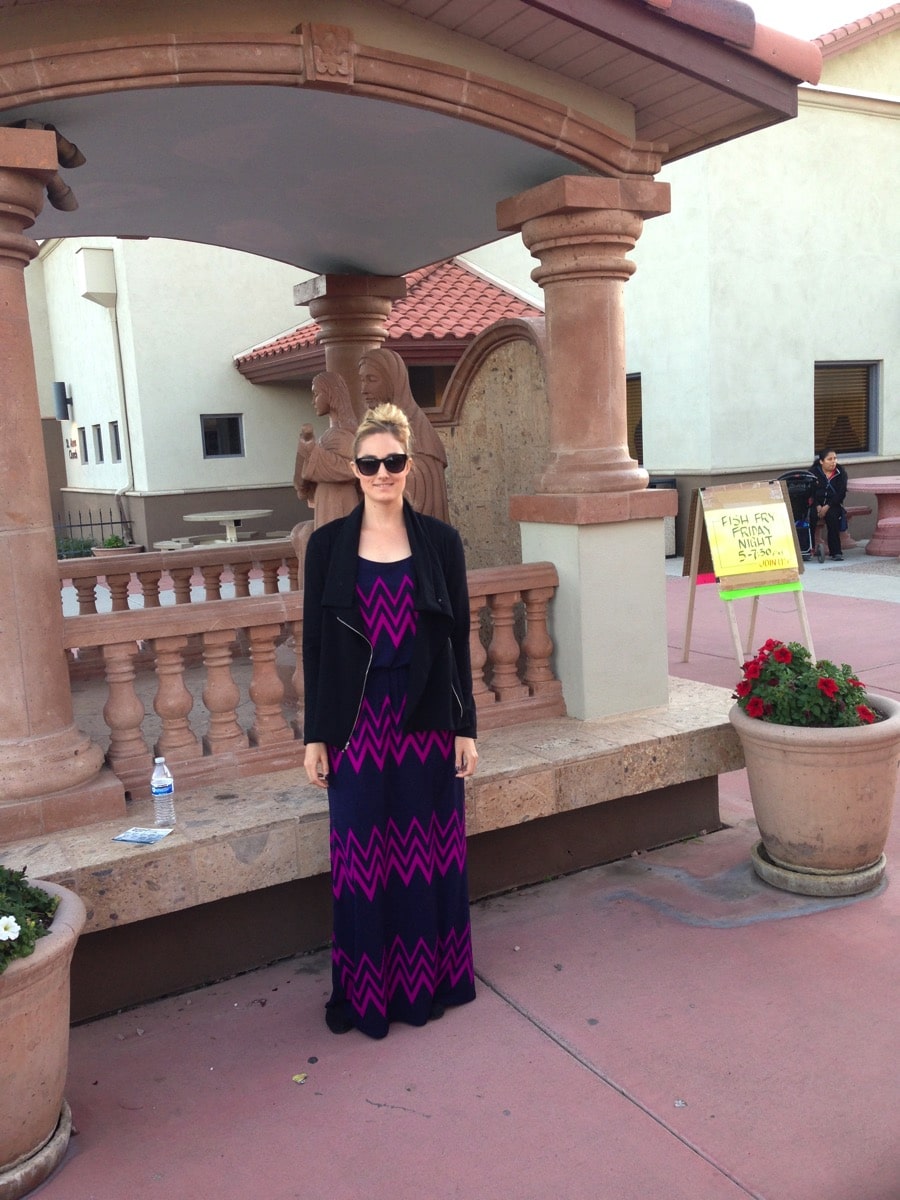 We watched Christmas With The Coopers which was SUPER funny, much more my style.  No blood, guts, or anxiety.  Just pig puppy paws and a glass of wine cuddled on the couch with Mr. Hungry.

Sunday morning we went for a hike at the Superstition Spring Mountains. We took the Treasure Loop Trail to Prospectors View Trail to Jacob’s Crosscut Trail  and back to the parking lot. I didn’t time it exactly but I think it was about 3 miles. 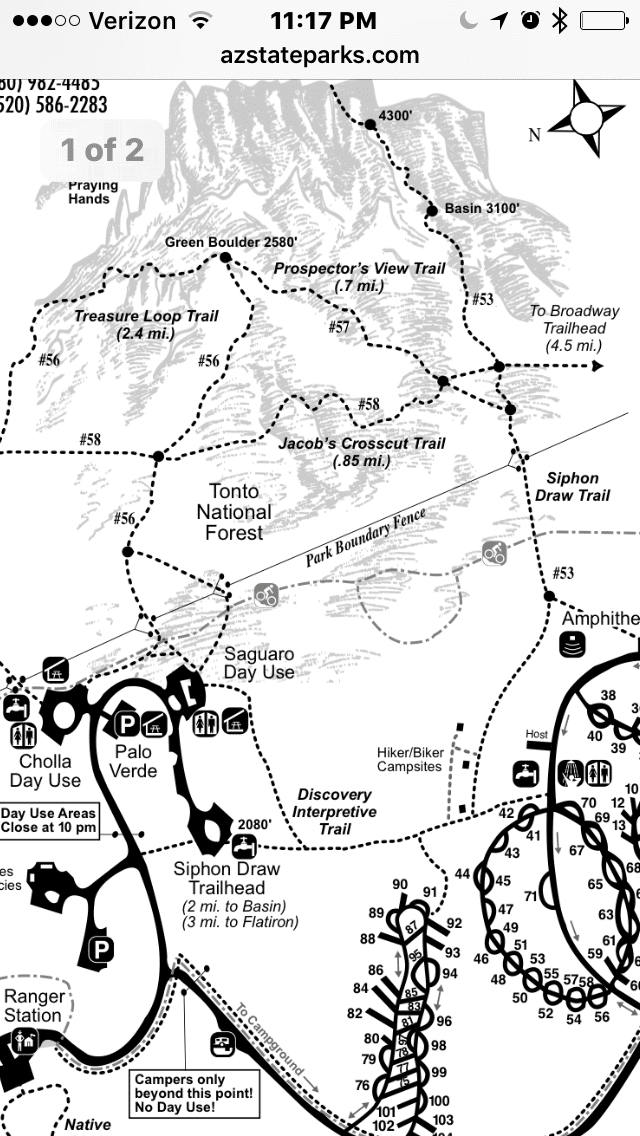 We had originally planned to do the siphon draw trail but the park ranger suggested that the other route would be more scenic so we went with that! 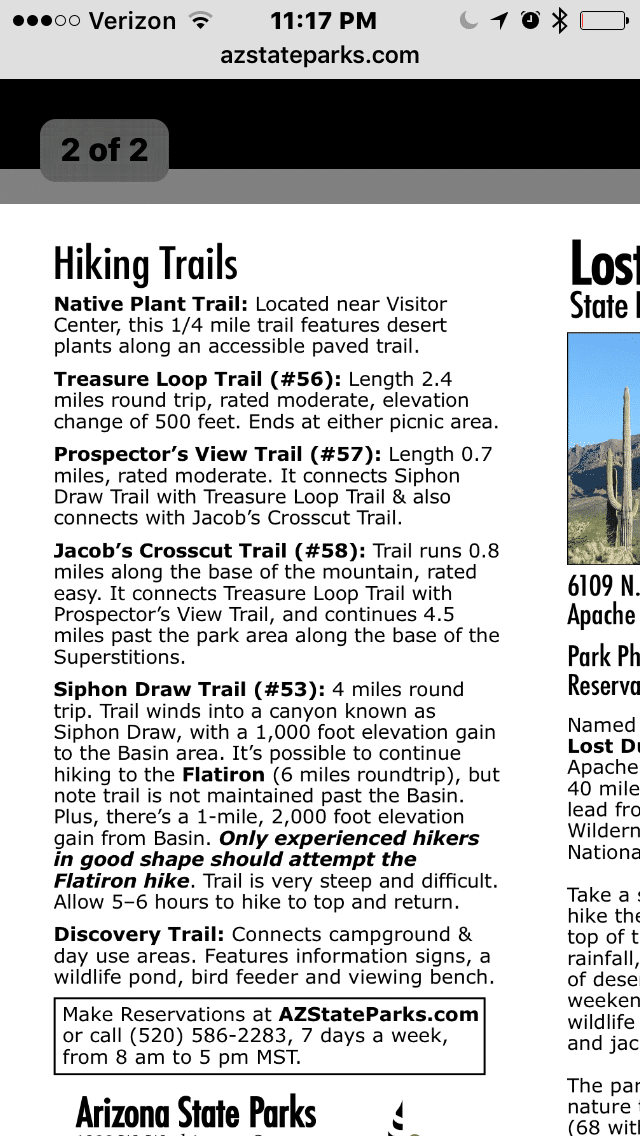 This might be one of the prettiest and nicest trails I’ve ever hiked in Phoenix.  The scenery was absolutely beautiful! 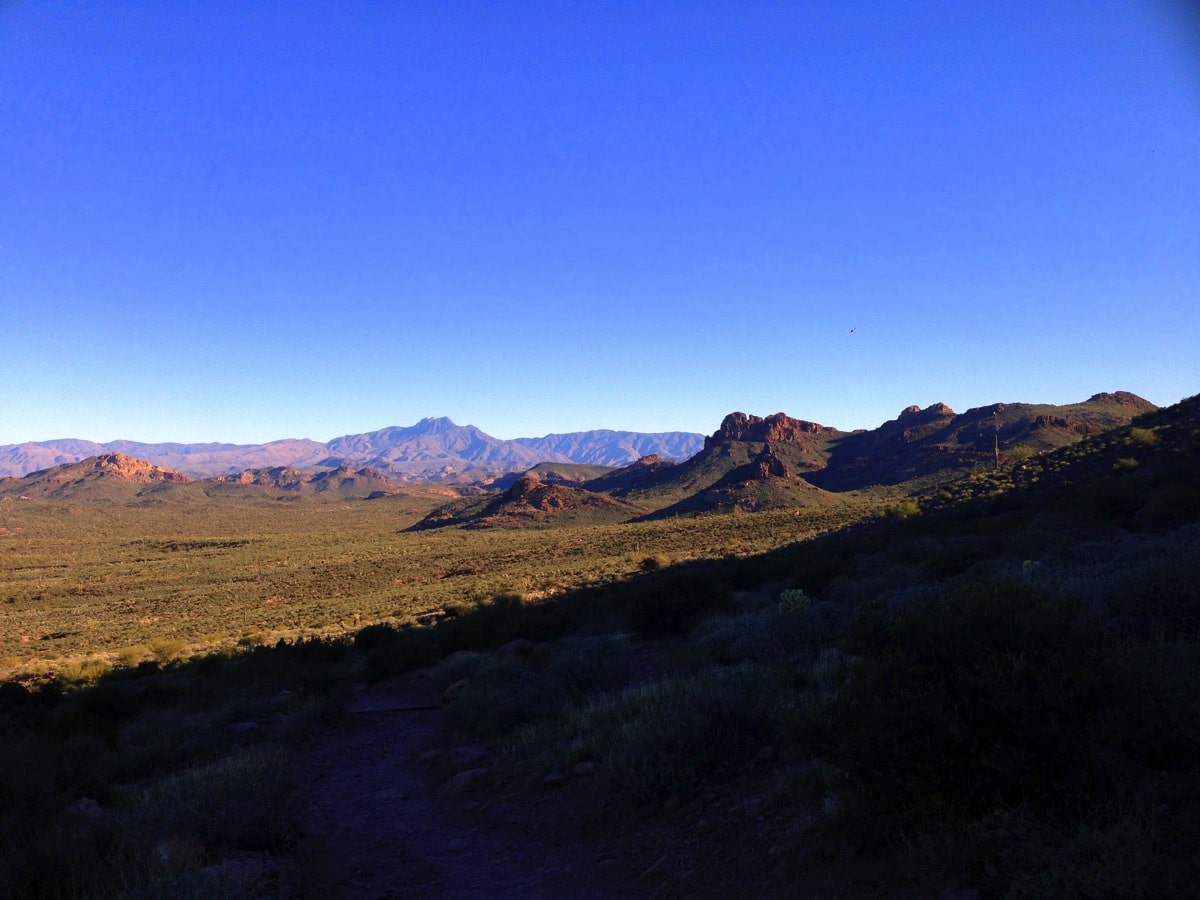 Nala did really well on the hike too!  Last time we took her hiking I was a bit annoyed with the pulling but we got her this new front harness which really helps.  We also used a retractable leash which gave her just enough freedom to explore without her pulling, this time went much better! 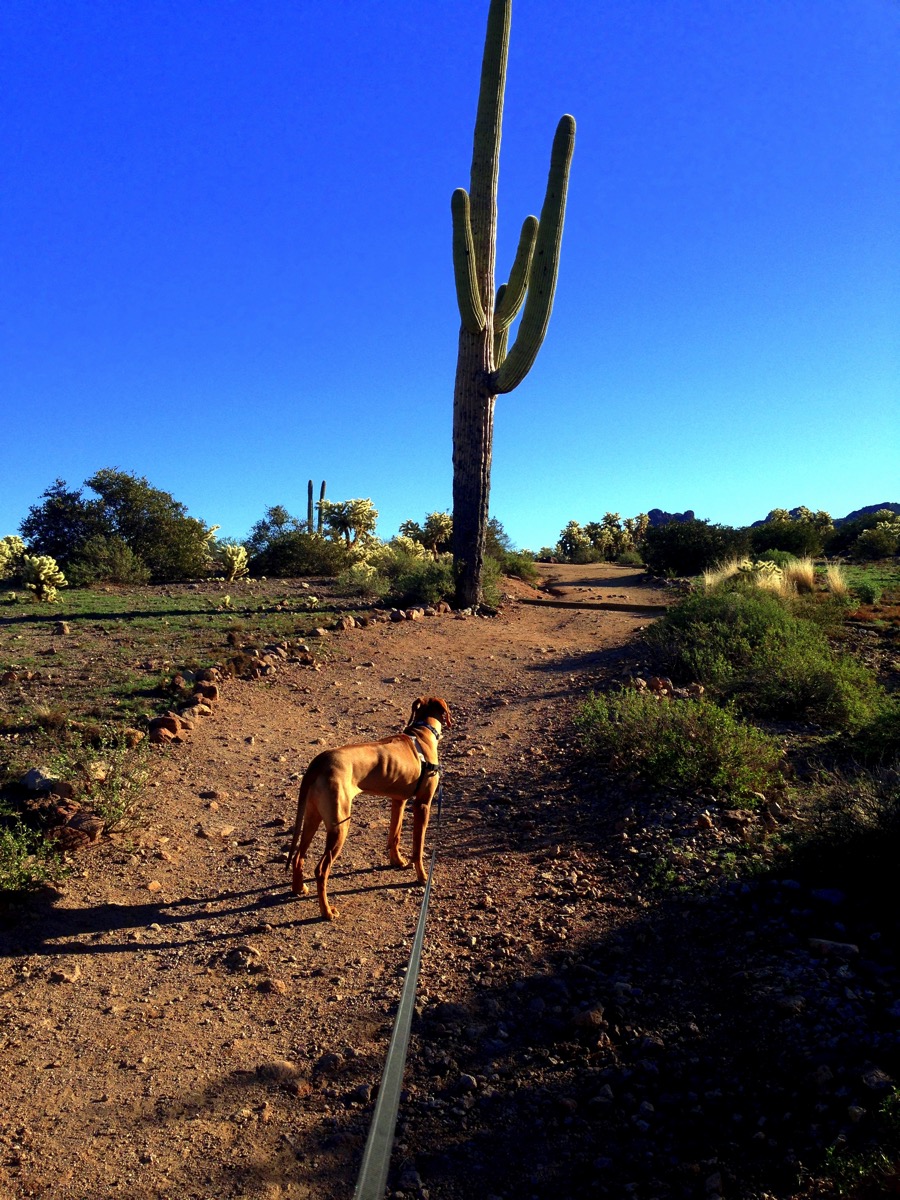 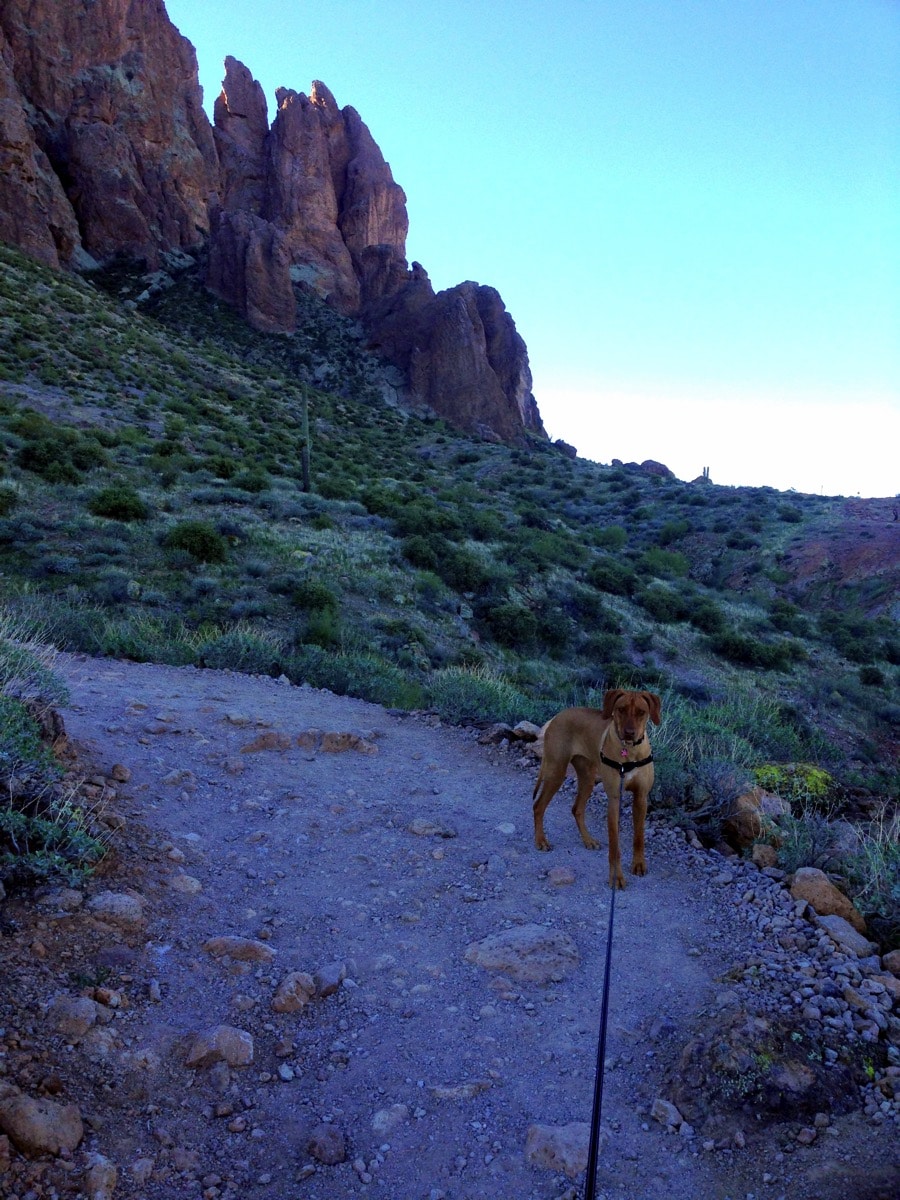 We just had to watch out she didn’t get into any jumping cactus. 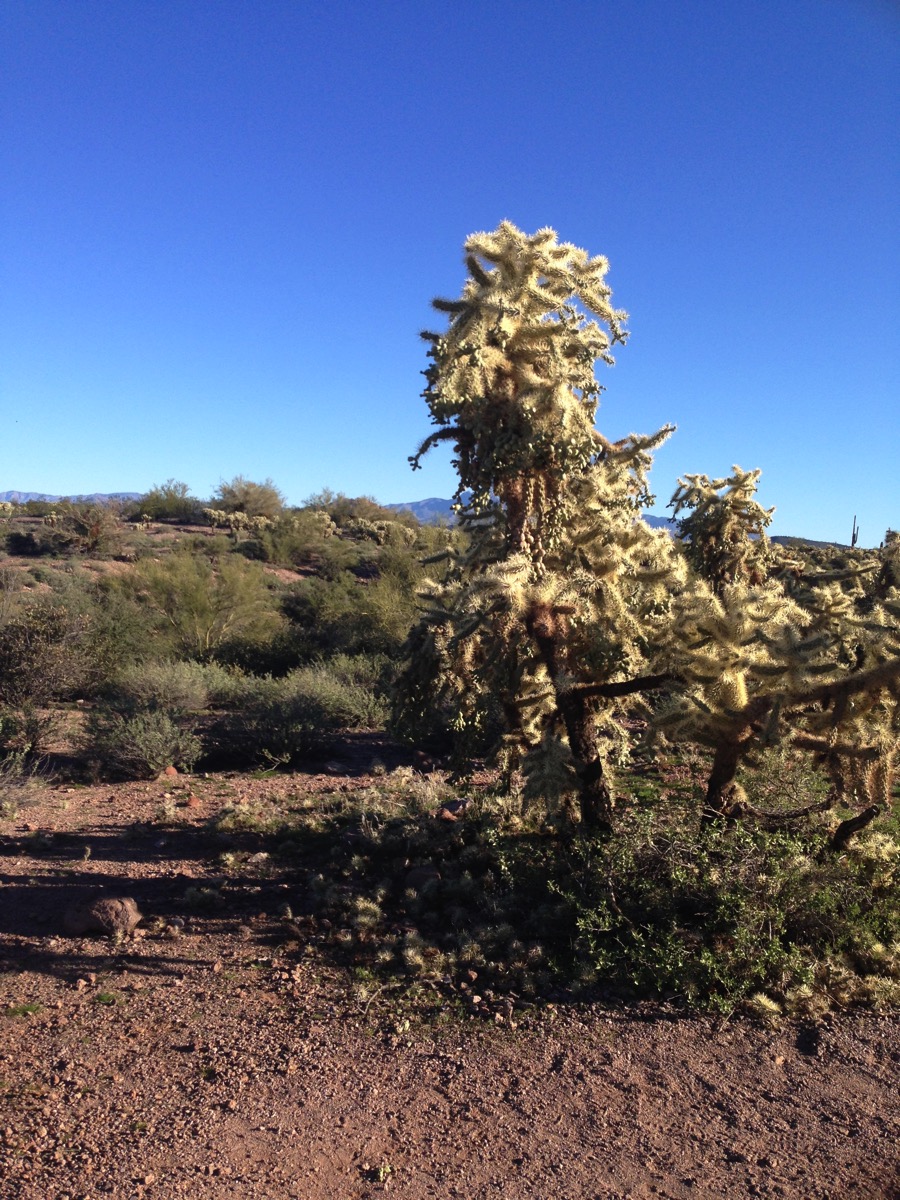 We actually planned to go up Siphondraw trail but I read the map wrong so we ended up looping back, no problem because that gives us a reason to go back soon! 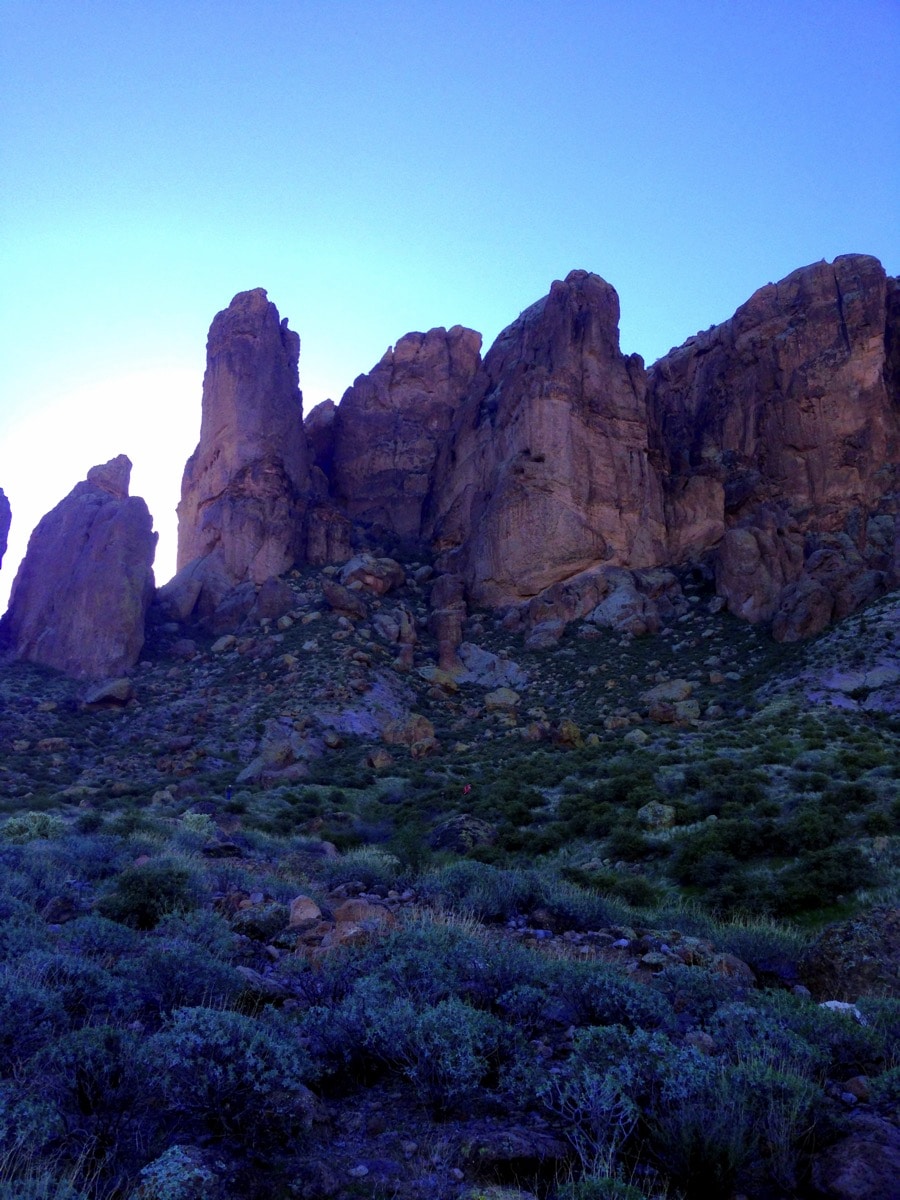 I spent the rest of the day meal prepping, working, had a meeting with a potential client, and of course cooking up for the super bowl.  I made chicken meatballs and doused them hot sauce, I also had a couple of Mr. Hungry’s TJ’s Mini Tacos, guacamole and green beans.  For dessert I had a couple of cookies.  I meal prepped and I’m ready to go for this week of healthy eats and workouts! 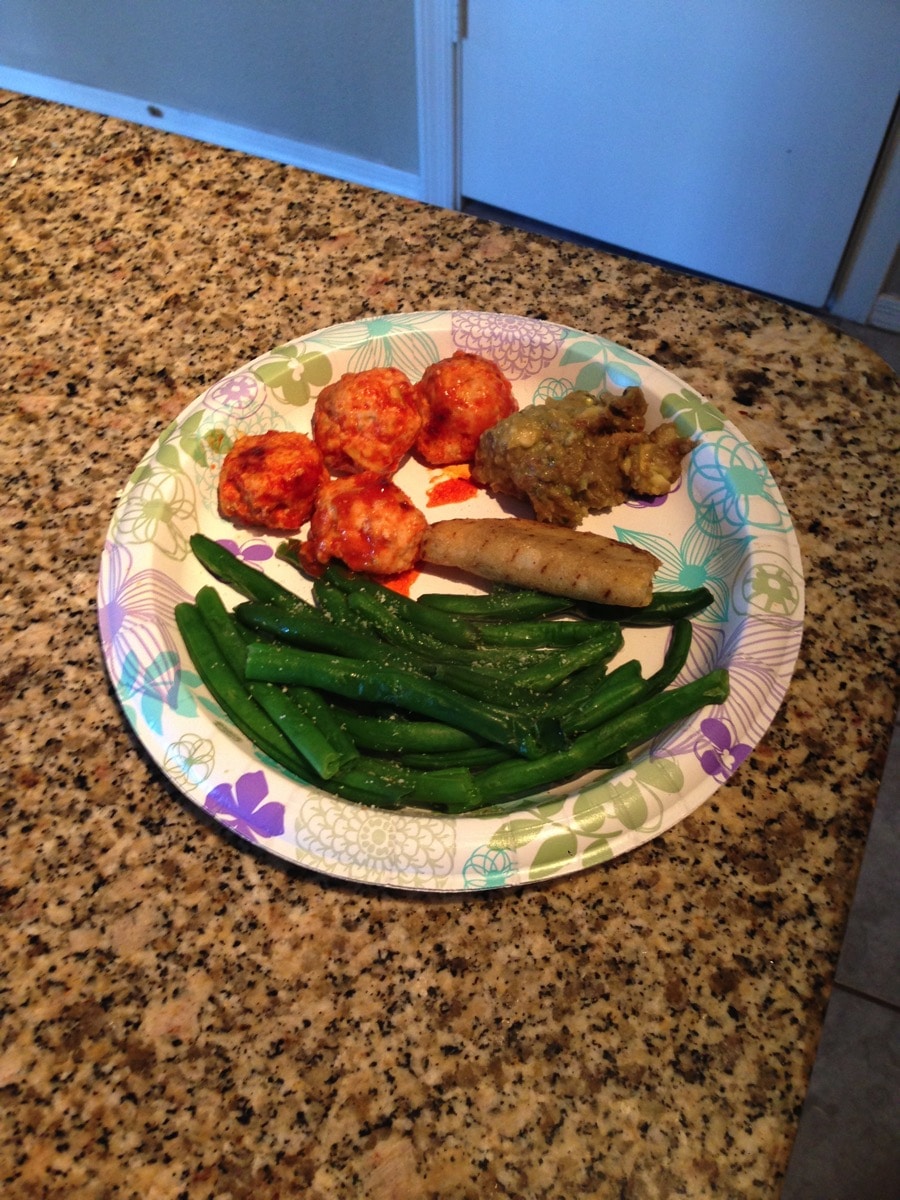 How was your weekend?  Any fun adventures lately?

Did you watch the Super Bowl?  What was your favorite commercial? Did you like the half time show?

Love Beyonce, didn’t love the half time show.  My favorite commercial that I saw was the Weiner dog commercial by Heinz I was CRACKING up!

Have a great day!