Happy Wednesday Friends!  This week is flying by, I can’t believe it’s already almost half over!  As promised I took more pictures of my meals the last couple of days to share with you!  Yesterday started with shadowing/administering a metabolic test at 5am (I have to practice four with supervision before I’m certified), then my workout looked like this: 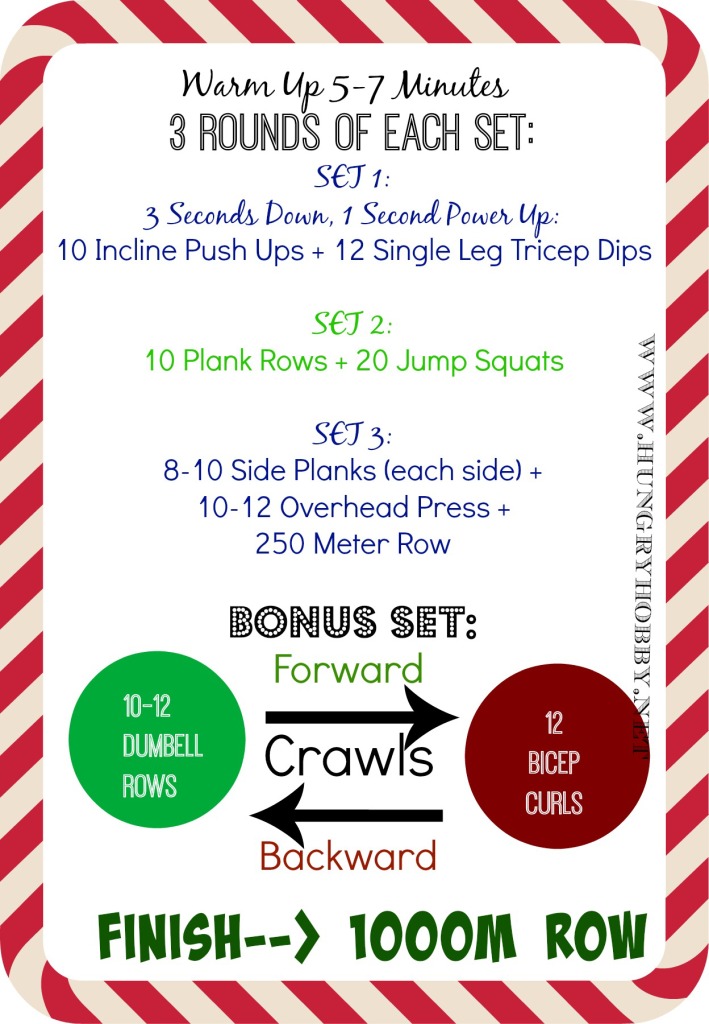 Right now my workouts have focused a lot of building stability, core strength and upper body strength.  It’s a hard road but I’m climbing and making progress!  When I got back home I was SO ready for food, but I forced a shower and make up out of myself before I breakfast.  Flour free high protein pancake (similar to high protein pumpkin pancake with banana instead of pumpkin) with a big old scoop of coconut peanut butter from my friends at Earth Balance. 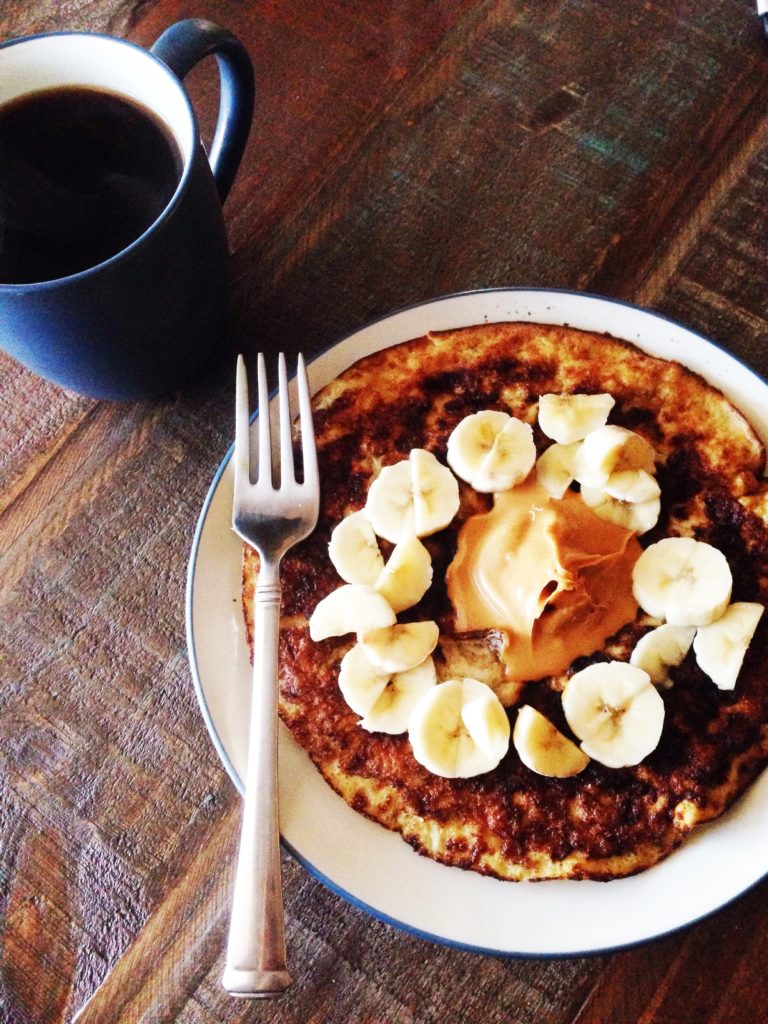 This stuff is seriously insanely addicting.I mean you guys know that I love my peanut butter and other nut butters, but this takes it too a whole new level.  Maybe it’s just in my head but I felt like the coconut oil part of it made it more filling too?  Maybe it’s just placebo, I don’t know but I’ll take it because it’s DELICIOUS!  I can’t wait to try it mixed into my vanilla greek yogurt. 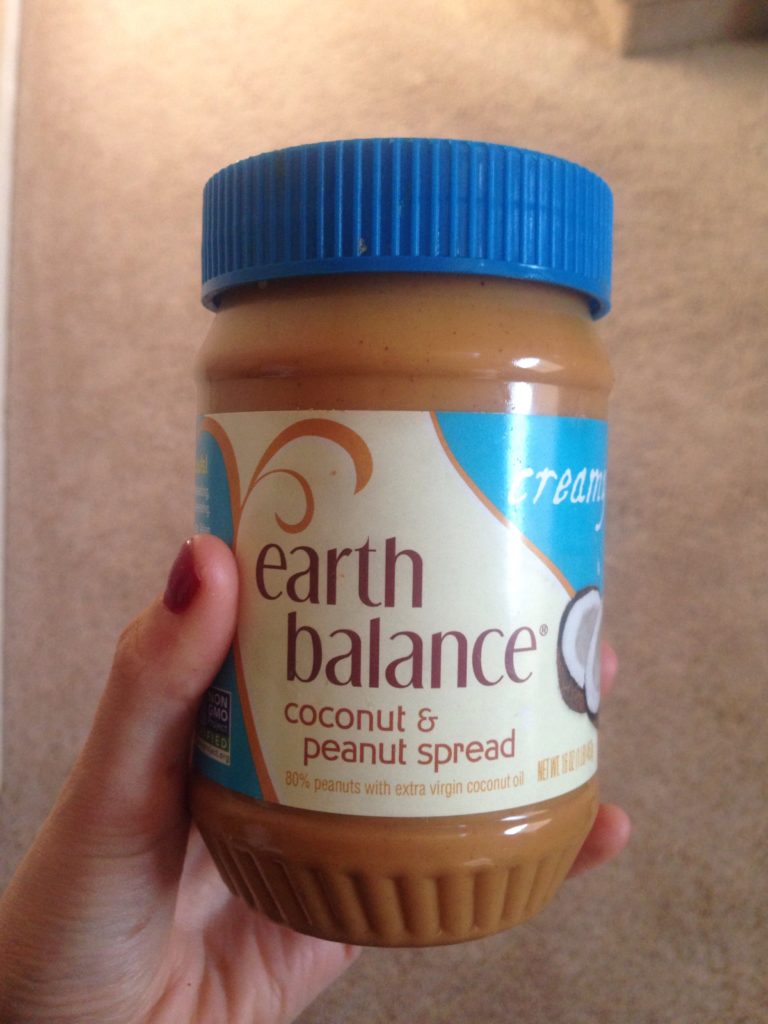 I spent the morning, well much of the day actually, in meetings.  Lunch came at around 1pm during our leadership meeting.  I thought I could discreetly take a picture of my adult lunchable (just like what I mentioned in this weeks meal plan, I’m totally on track so far wahoo!) but my phone wasn’t on silent and everyone figured out what I was doing.  Wow, holy embarrassing, I tried to play it off as normal as possible.    Yes I take pictures of all my food… that’s totally normal #lifeofafoodblogger.  Anyways lunch was organic grassfed bison meat from Whole Foods, organic grassfed cheddar, and baby carrots. 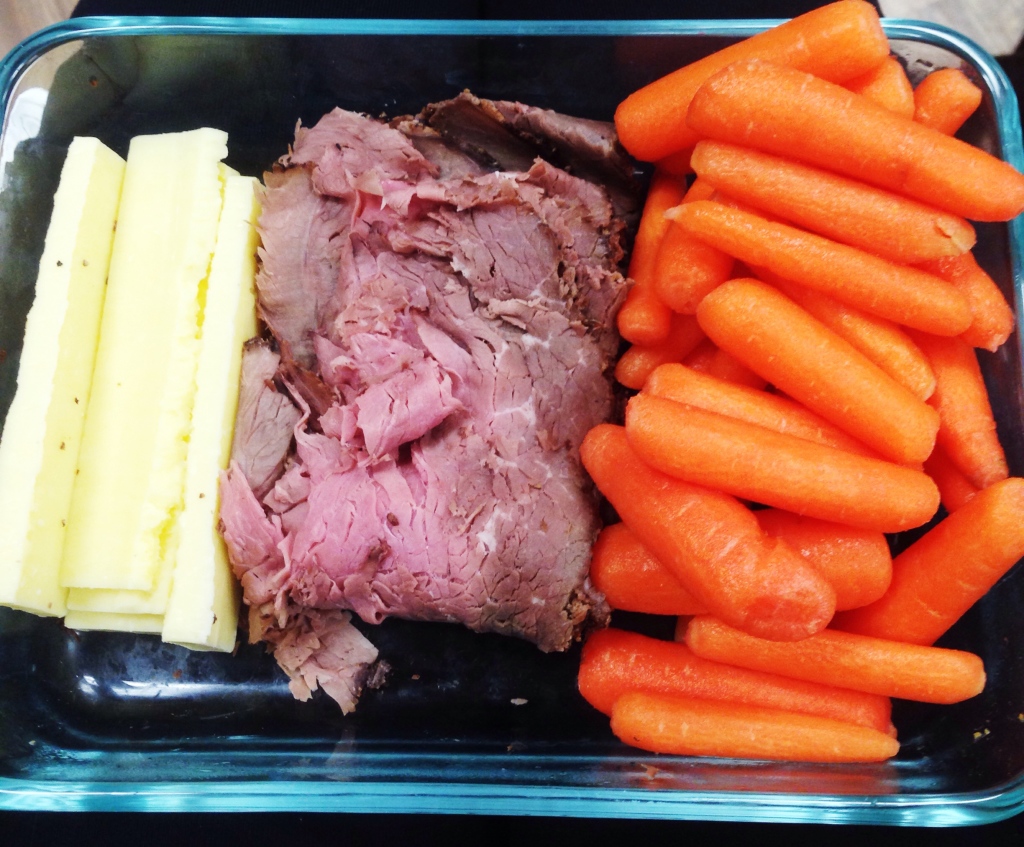 After the meeting I took a break, which was really me catching up on the leadership reading from the Think and Grow Rich book, we read the chapter on perseverance which really hit home to me.  While I was reading I had a little bit too much coffee… caffeine = super productive Kelli.  However, I had a hard time engaging and focusing on the conversation in the meeting because I was so wired on coffee.  Whoops.  I did however make a master study schedule for my NASM CPT cert.  (Hoping to knock it out by mid-Jan!)  Snack time rolled around 415pm, peanut butter chocolate protein bar kept me full till I got home at 9pm.  These Quest bars have been life savers at the gym.  (Thanks Marcy for my Amazon gift card!) 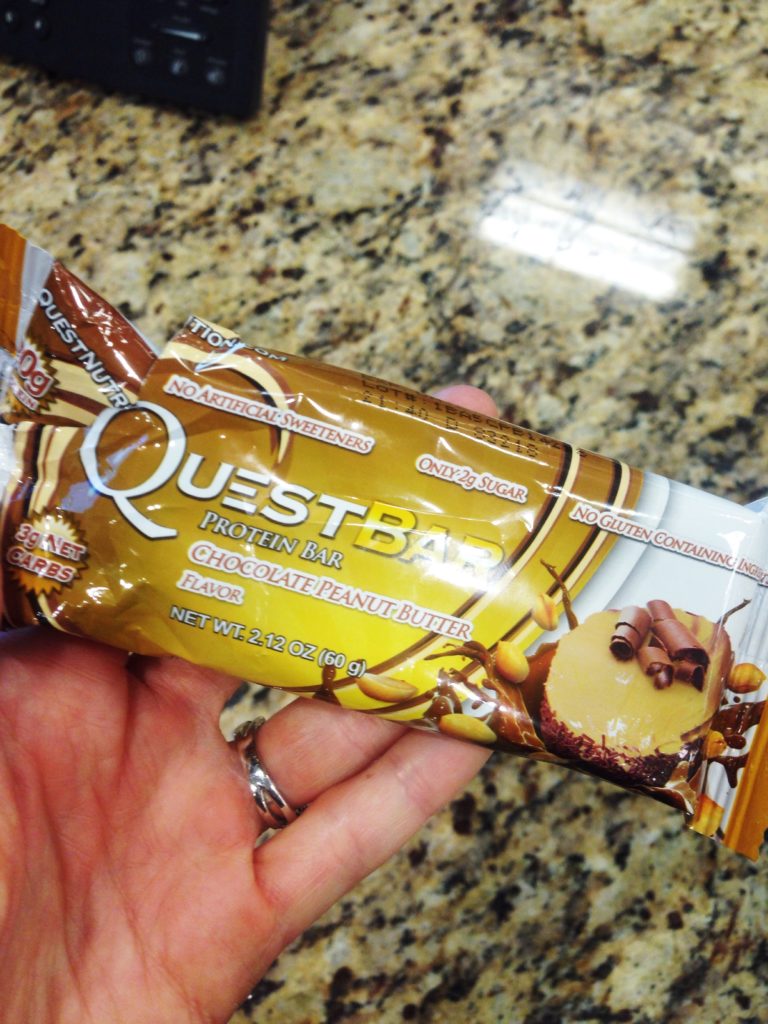 I’ve got to stop running over with my late night appointments!  I was really hungry when I got home so I heated a bowl of leftover asparagus, topped it with chicken mixed with barbecue sauce and called it dinner.  It was actually really good but I’ll spare you the picture and show you delicious dessert instead which was paleo cinnamon raisin bread topped with more peanut butter of course! 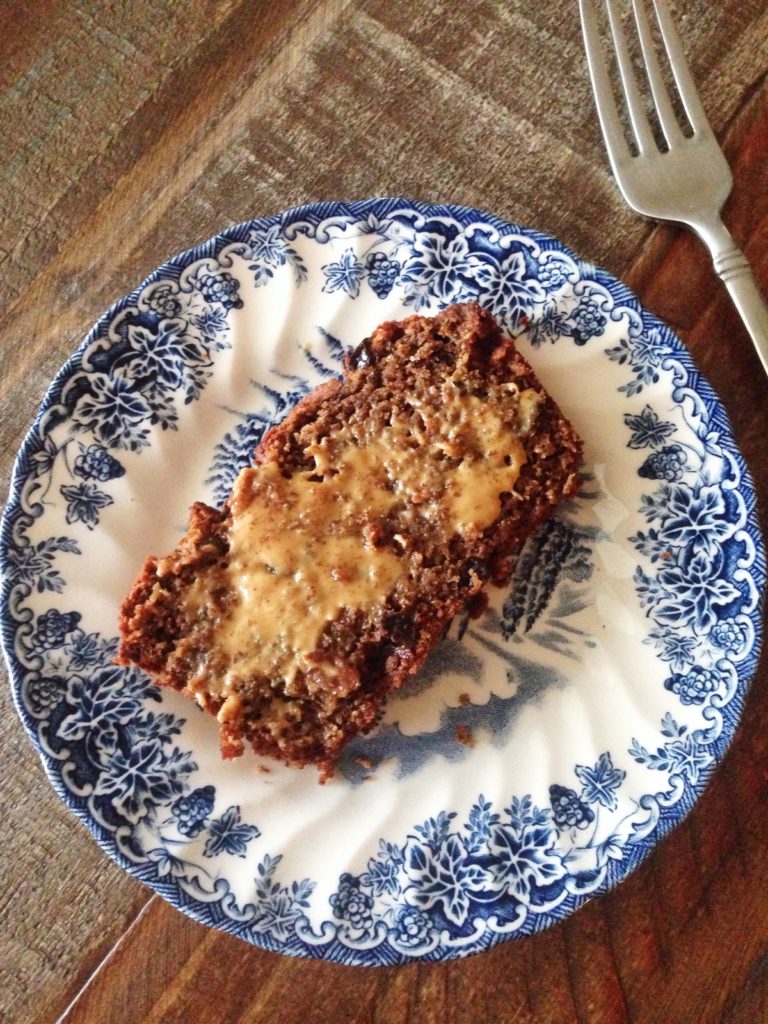 Also a reused picture because mine was on a napkin which isn’t that classy!