Recently, I’ve had several conversations about pain with my neighbor who is a Physical Therapist (and Rhodesian Ridgeback enthusiast like us).  He has given me some very insightful information and a new way to think about chronic pain.

Pain Does Not Equally Severity

For instance, have you ever stop to think that the things that will genuinely kill us give no pain warnings until it’s too late?  Cancer, heart disease, etc.. That’s why we have to implement so many early detection measures and screenings because otherwise, we would have no idea until it was too late.

You can have a herniated disk, and despite being in debilitating pain, you will not die from that condition.  In most cases, it’s painful but not life-threatening.

So then, we can say pain is often not correlated with the severity of the injury.  We often think if the worse something hurts, the worse the prognosis. The truth is, it’s doesn’t always work like that.

My Back Pain Story

Those of you have been reading this blog for a while, know all about my chronic back pain.  For those of you are new, here is a quick recap:

In Jan of 2014, I went out for a run the morning after a CrossFit class.  My back had been feeling tight and achy, but I thought a run would “loosen it up.”  After the run I had a deep achy pain in my but that I iced to no avail.  I spent four months going to the chiropractor religiously, stretching my hips, and resting to no avail.  To make a long story short, I ended up on prescription anti-inflammatory medication. Eventually, after multiple rounds of Physical Therapy with three different physical therapists as well as a round of prolotherapy, I finally found someone who helped me.  (Well actually he found me, you can read about my healing journey here.) It took a long time, and the progress wasn’t perfect.  I still needed to take the medication about once a week, but things vastly improved. The pain went from being in my back, hamstring, glutes, and hips to centering in my right SI joint (very low toward my tailbone almost). I went from being able to sit less than five minutes to tolerating up to an hour. Although uncomfortable it was better. 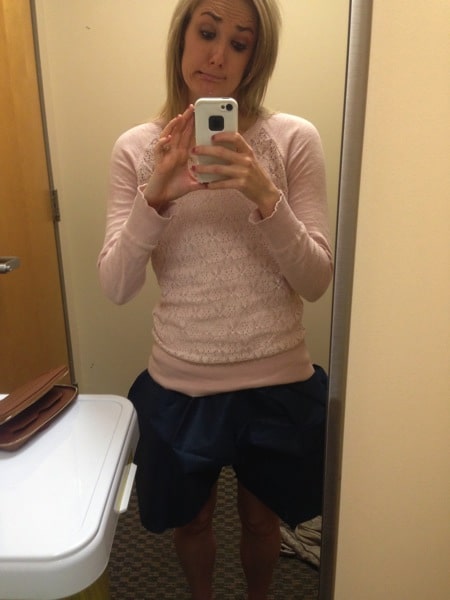 (photo from my first hip MRI)

I still needed the medication for long runs, long car rides, and any plane travel but I figured that was a vast improvement.  Things were rolling along until I pushed things too far and I had a major flare up in October of 2018, the four-hour flight home from Chicago was excruciating despite the medication.  It took me about ten weeks to somewhat recover (again with the help of Dr. K) and then I had to learn to live without the medication because I got pregnant. 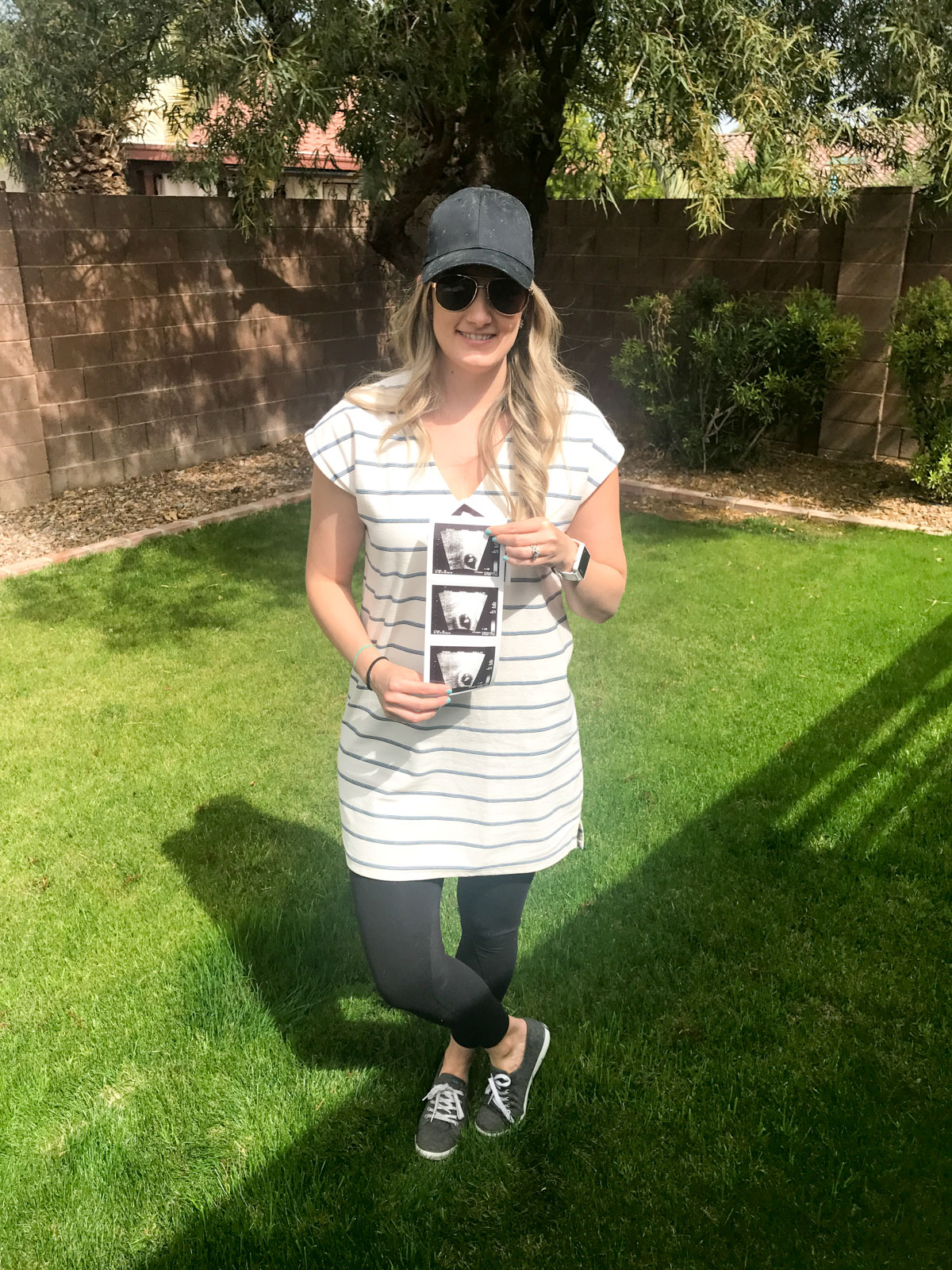 We didn’t go anywhere during my pregnancy.  I had to bow out of being in a friends wedding. We didn’t go on a babymoon. I avoided movie theaters (2 hours of sitting). Friends who lived farther than 20 minutes had to drive to visit us. We stayed at home, ALL THE TIME.

At home, I had the seats I knew didn’t cause me pain, and I could get up whenever I wanted.  I was TERRIFIED of causing a flare during pregnancy and not being able to take medication.  I did have SI joint pain during pregnancy, but it was when walking around cooking or bending a lot which wasn’t that bad and wasn’t all the time. Actually, for once in my life sitting felt better but I was still too scared to go anywhere. So, I made it through pregnancy without a flare by locking myself at home.

I was terrified when I started working out at six weeks postpartum because I knew I couldn’t take any medication while breastfeeding.  The pain slowly crept back at random times, but I mostly ignored it because I was honestly too freaking busy learning how to be a mom to focus on it.  Around four months postpartum I read a book that I saw on Tina’s blog that changed the way I thought about my SI joint pain forever. 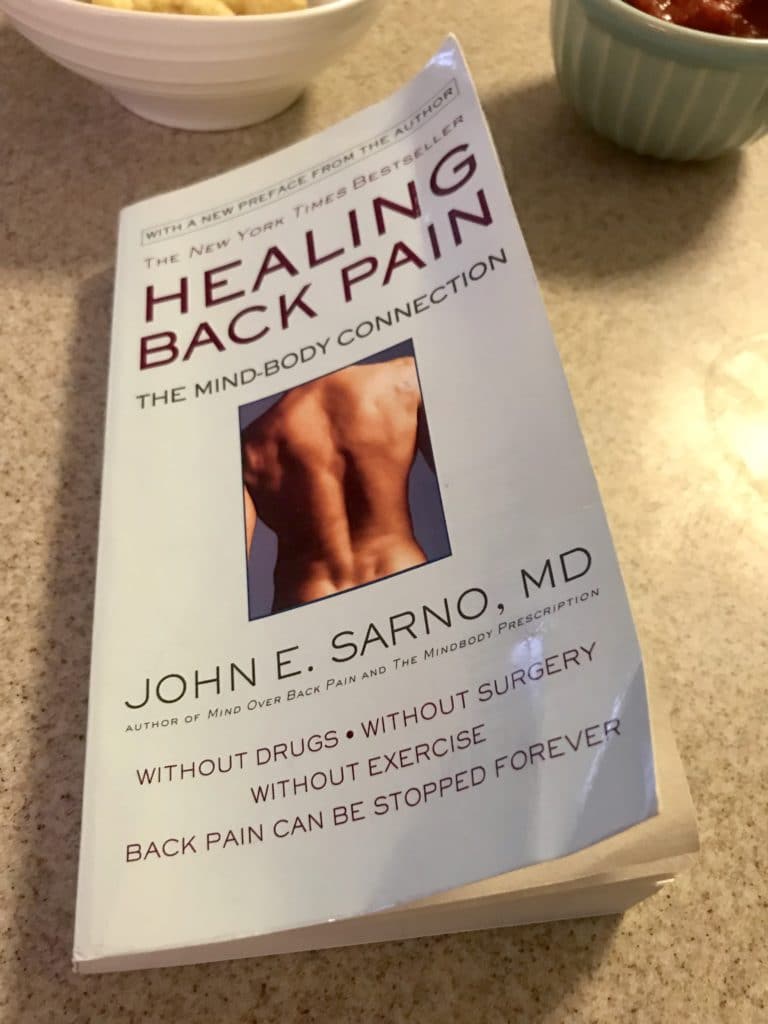 (I bought the book on Amazon Kindle, so thanks to Tina for letting me use your photo!)

Healing Back Pain by Dr. John Sarno makes the mind-body connection between your brain and back pain.  The book was truly fascinating and opened my eyes that the last 10-20% of my pain may be in my control.

Many of the recommendations in the book I was already doing, such as ignoring advice like “don’t run or do high impact exercise.”  However, the book did help me change my mindset regarding my pain and work through it.  Now when I feel the pain, instead of asking myself what “exercise” I did to cause it (which was never consistent anyway), I ask myself different questions.

Usually, within a few minutes of asking myself those questions, my pain resolves 95%. It’s kind of incredible to me.

When it comes to exercise, long car rides, or traveling I kept telling myself – I don’t have anything physically wrong with me, and my body was built to do those things.  And you know what?  I traveled to and from California with no medication (still breastfeeding so I can’t take it.)  We also went on several long car rides, and I went on a run.

But it wasn’t any worse than any other normal ache and pain, so I kept downplaying the significance of it instead of focusing on it.  And you know what?  It worked!  I was comfortable most of the trip and had a great time!

Slowly I’m letting go of the fear I’ve developed in association with my pain, and I’m acknowledging the power my brain has in controlling my pain.  I think the fear feedback loop contributes to the pain as do repressed emotions.  I highly recommend the book or like Tina, I recommend you at least watch the You Tube video if struggle with any chronic pain, especially back pain.

Do you struggle with any type of chronic pain?

Do you notice an increase in pain tied with emotions?