Hey, friends!  So we are all moved into the apartment that we will be at for the next 35 days.  The move went really smoothly thanks to the movers we used. Adjusting to living somewhere temporary has been fine for the most part and kind of not fine for the other parts. (PS I love my new JUNK headband, Mr. Hungry says I look like a female wrestler, HAHAHAHAHA) 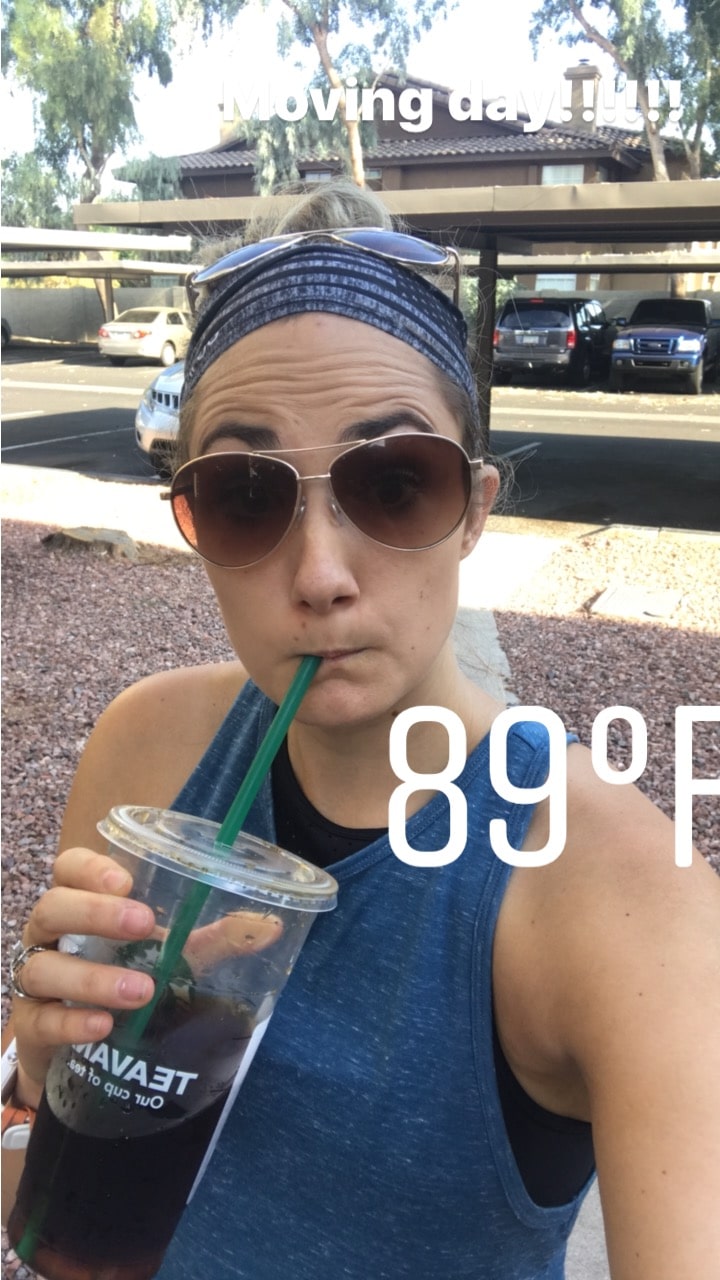 One thing I’m loving is the apartment complex Mr. Hungry picked.  It’s right next to a giant lake to walk Nala around, one of my favorite local coffee shops, and a grocery store!  I’ve been loving walking up to the complex to pick groceries up, do work at the coffee shop, or get my nails done.  It’s like college when you didn’t need a car and walked everywhere!  If I could live like that for the rest of my life I totally would, but, that’s kind of just not how Arizona is set up.  If all goes well there will be a little complex about a half a mile away from the new house, not quite as close but definitely still walking distance.

So every day basically starts with a walk with Nala around the lake and through the neighborhoods around 5 am or so. 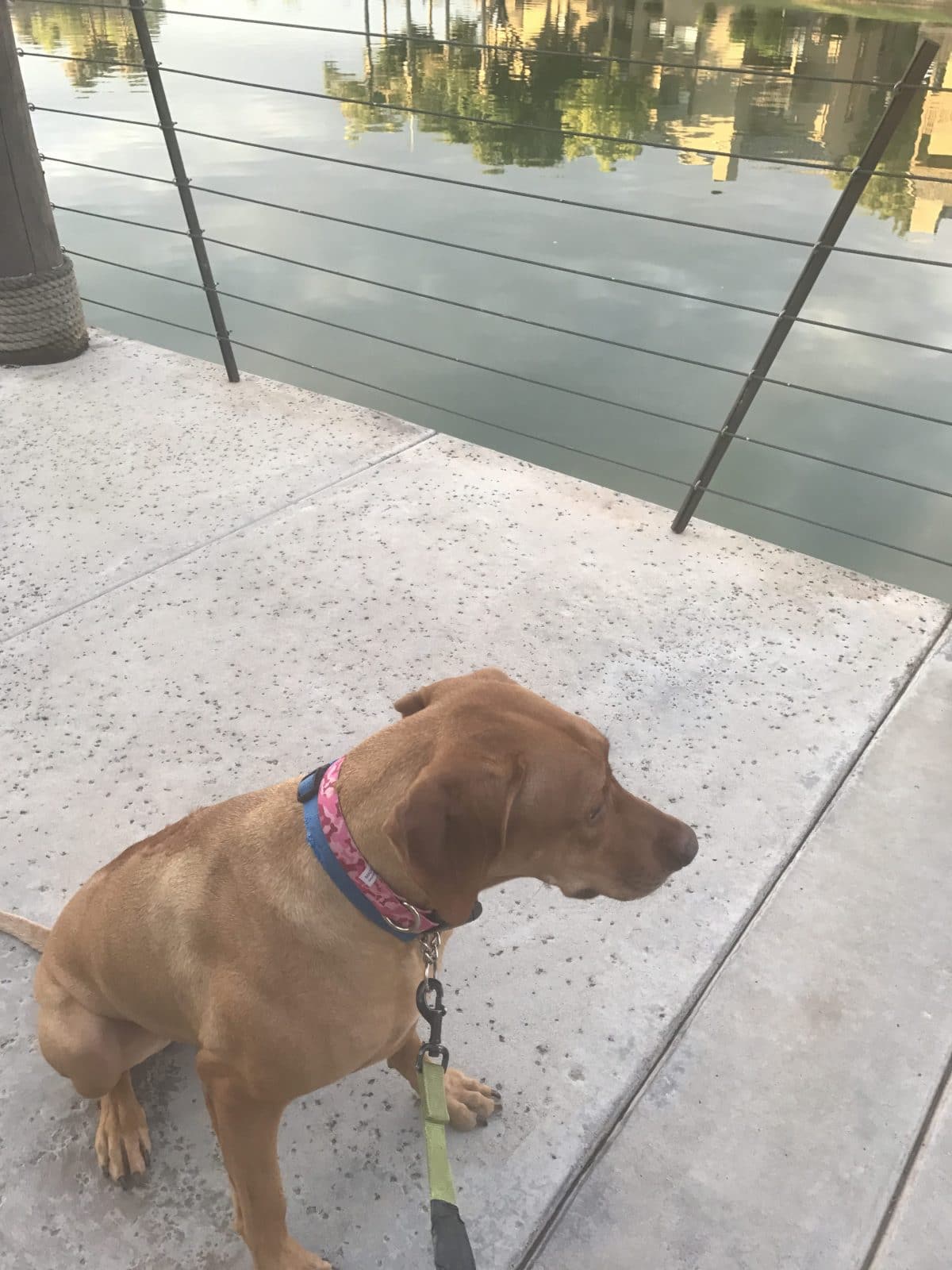 Nala isn’t really sure what to make of the ducks or the lake in general, she really isn’t a fan of water.   Then we usually stop by the tennis/basketball courts to get some off leash sprints in.  Normally I wouldn’t do that but the leasing agent suggested it as long as she didn’t do her business on the courts.  I make sure she does that before we go in so we are good. 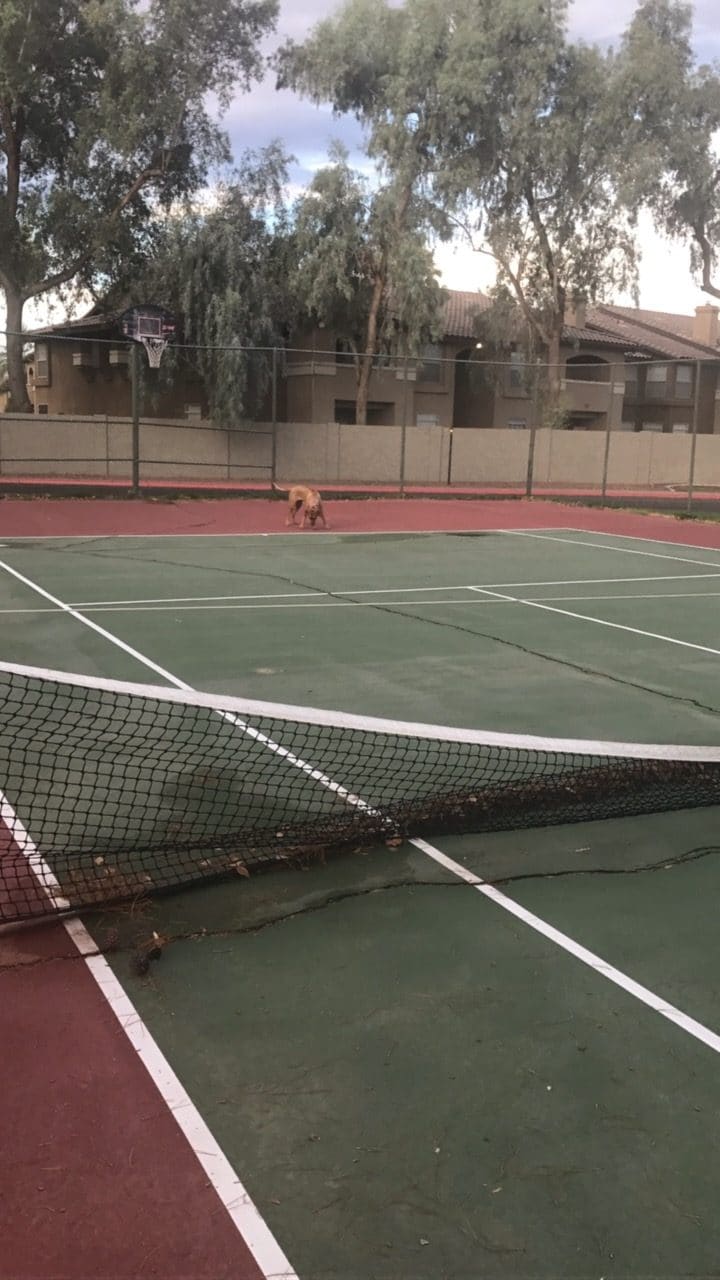 Can you tell it’s been dark and stormy outside?  Monsoon season is HERE! For all you non – Arizonians this means the temperatures get cooler but the humidity goes way up.  Sometimes it’s amazing and sometimes you pray for the 120-degree weather with zero humidity to come back.  Speaking of that the weather, I don’t know if it’s that or the stress of the move but man has my stomach been way off.  The only I can get down is little carbs and protein (no I’m not pregnant- will I have to write that disclaimer from now until I’m 50?) Yesterday started with a banana in between my walk with Nala and Week 2 Arms & Abs BBG, KILLER.  Followed by some sweet potato protein pancakes that I pulled out of the freezer on paper plates because that’s how we are rolling for the next couple of weeks. 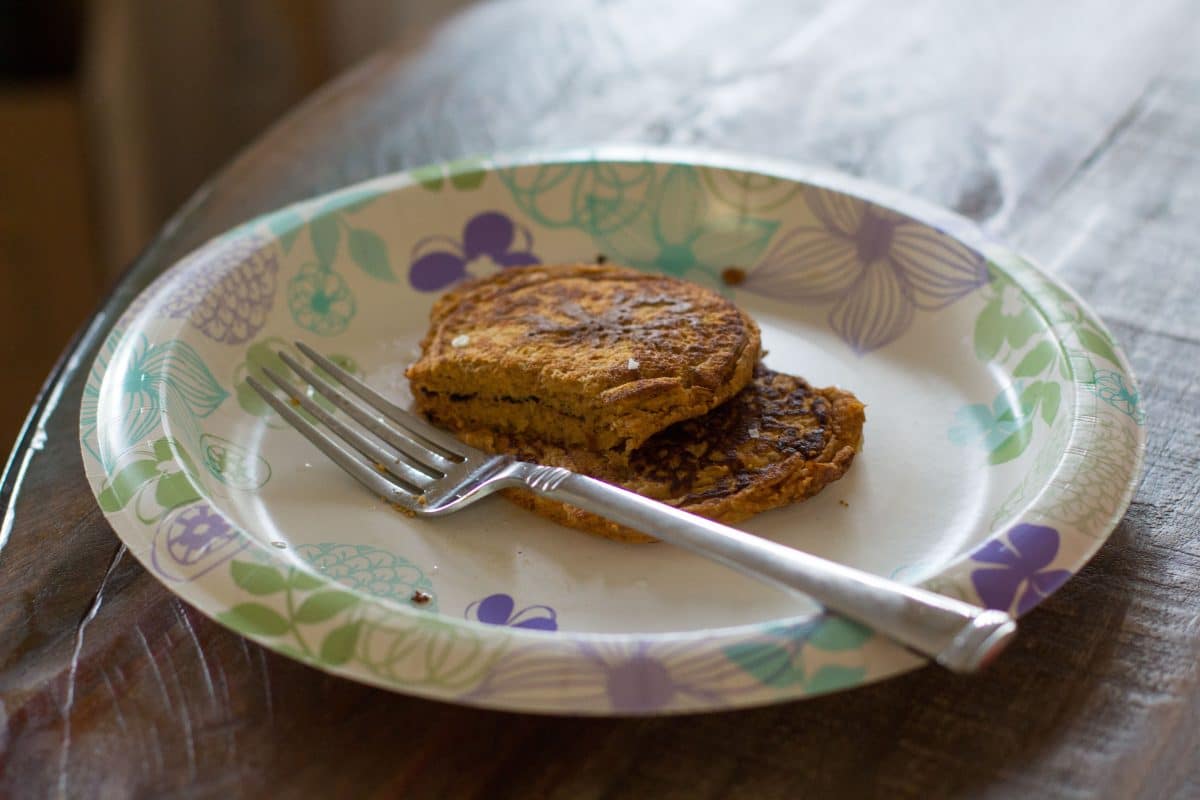 After working at the nearby coffee shop I came home for lunch which was simple eggs, turkey meat, power greens and a side of Dave’s Killer Bread Toast!  I didn’t quite finish it, maybe because I snacked on a handful of cashews while I was making it. 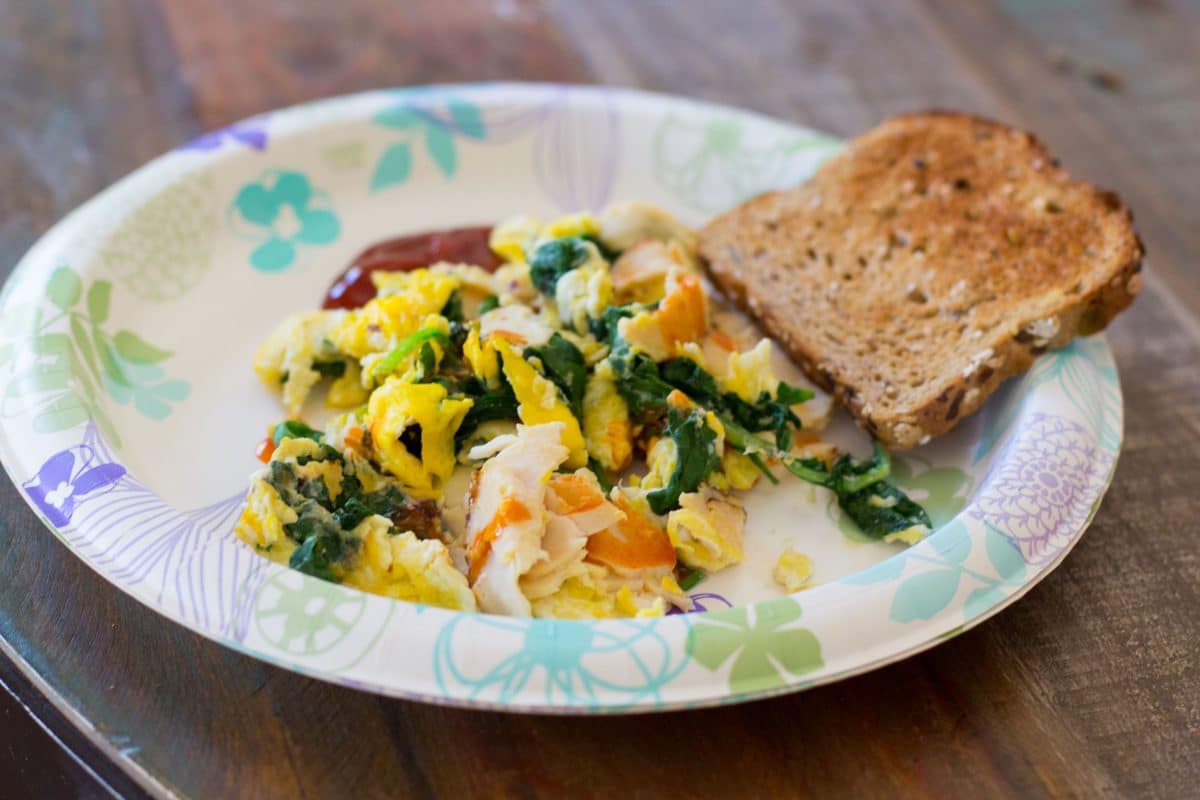 I worked some more then I ran out for a chiropractor appointment.  I always stop by Trader Joe’s after because it’s so close to there.  I snacked on an RX baron the way home and a rice cake with almond butter and jelly before I left to get my nails did!  Dinner was an instant pot meal I shared on IG.  It didn’t look pretty but OMG it tasted so good!  I marinated the chicken in Annies Honey Mustard Lite, cut it into cubes and browned it  with some onions on the saute mode of the instant pot.  Then I cooked it for 6 minutes under pressure, let it quick release, and then browned it some more before serving it with some random veggies.  That’s how dinner is done in our house on random nights!  No pictures, like I said it wasn’t very pretty but I’m going to try and share more random weeknight meals on IG stories!  Then it was time for Game of Thrones!  AKA the only show I really like besides Friends.  Dessert was a half of a stuffed baked apple pulled from the freezer, recipe coming soon!  This morning has basically been the same as yesterday except I had a grocery store tour with a Hungry Hobby RD client which is one of my favorite things to do.

Alright, I’m off!  I’ve got to get packing for the Idea World Conference and Blogfest!  Anyone going?!?!  Can’t wait to meet some new blog buddies and reunite with buddies I haven’t seen in a while, like Megan!