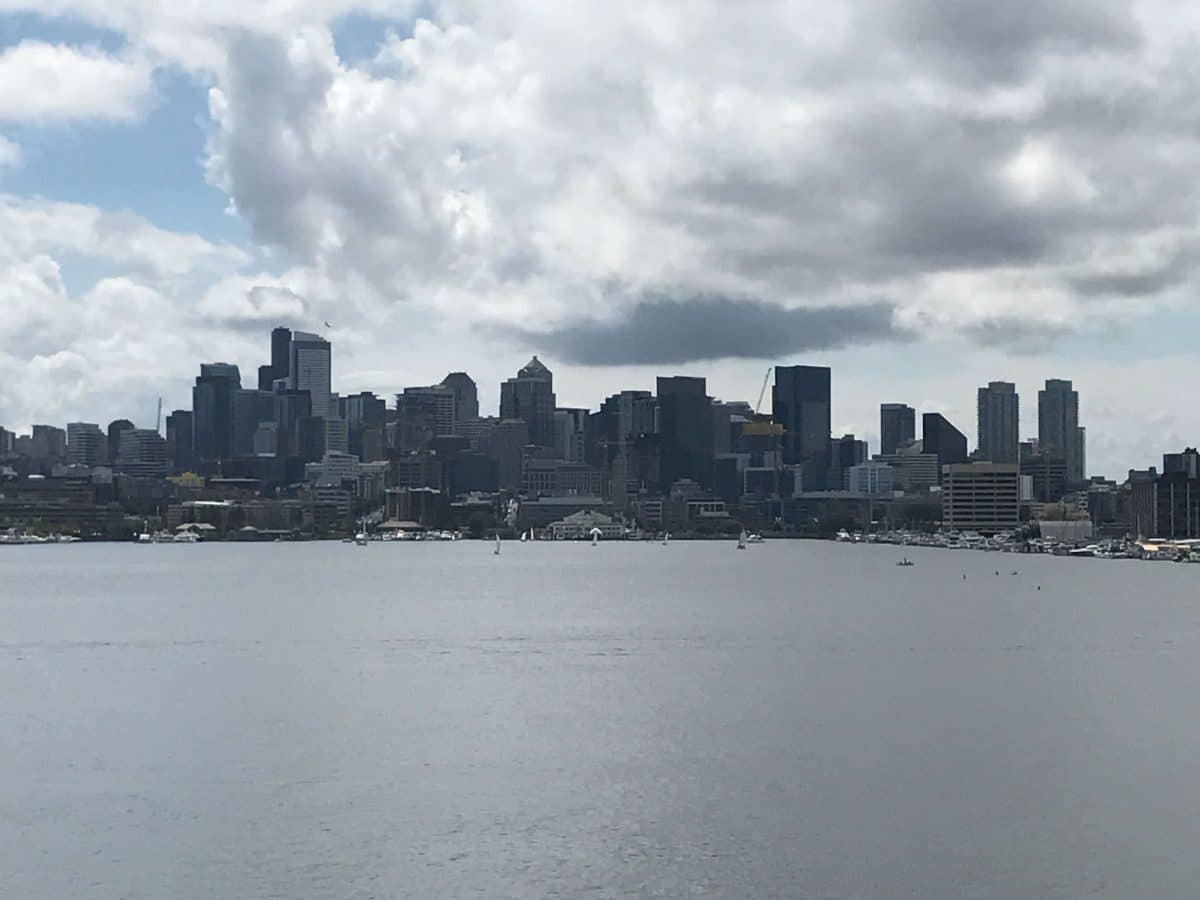 I promised a little recap of my recommendations for Seattle, so here it goes!

First up, due to the weather and hazy conditions from the Canadian wildfire every single flight into Seattle was delayed.  That means every single member of our party was delayed, some more than others but we all made it by 1 pm (originally was 11 am so not SUPER bad.)  Needless to say by the time we got off the plane we were ready to eat!  We headed to Pescado Bueno for lunch which did not disappoint.

We headed to Pescado Bueno for lunch which did not disappoint.  At the time we went it was early afternoon, so there was no line, we just walked up to the counter and ordered! Heads up the whole crew was from Arizona, so we LOVE Mexican food!

We started with house margs made the way I like (tequila, lime, agave). 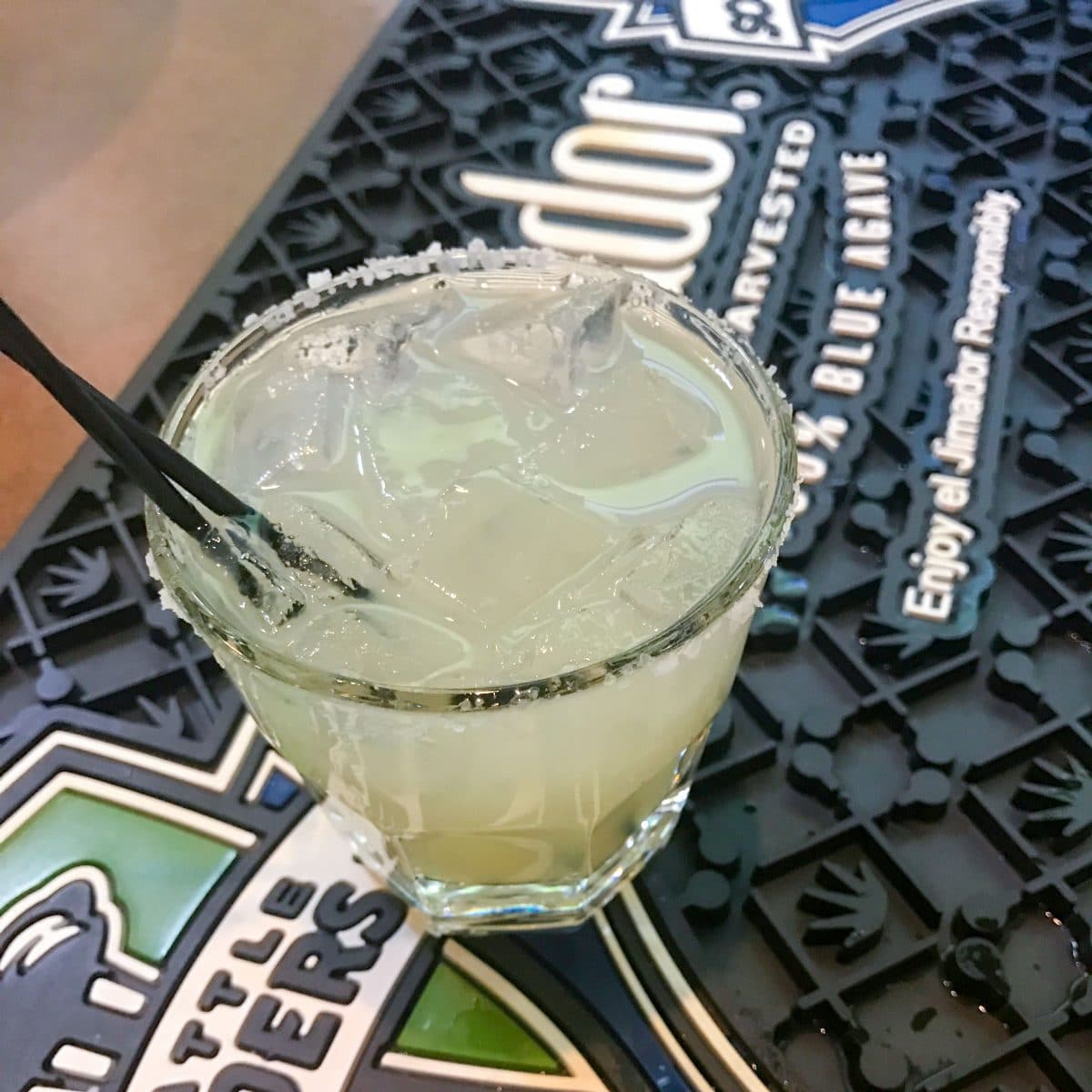 And I got the chop chicken salad with no beans, I ended up using salsa as my dressing. 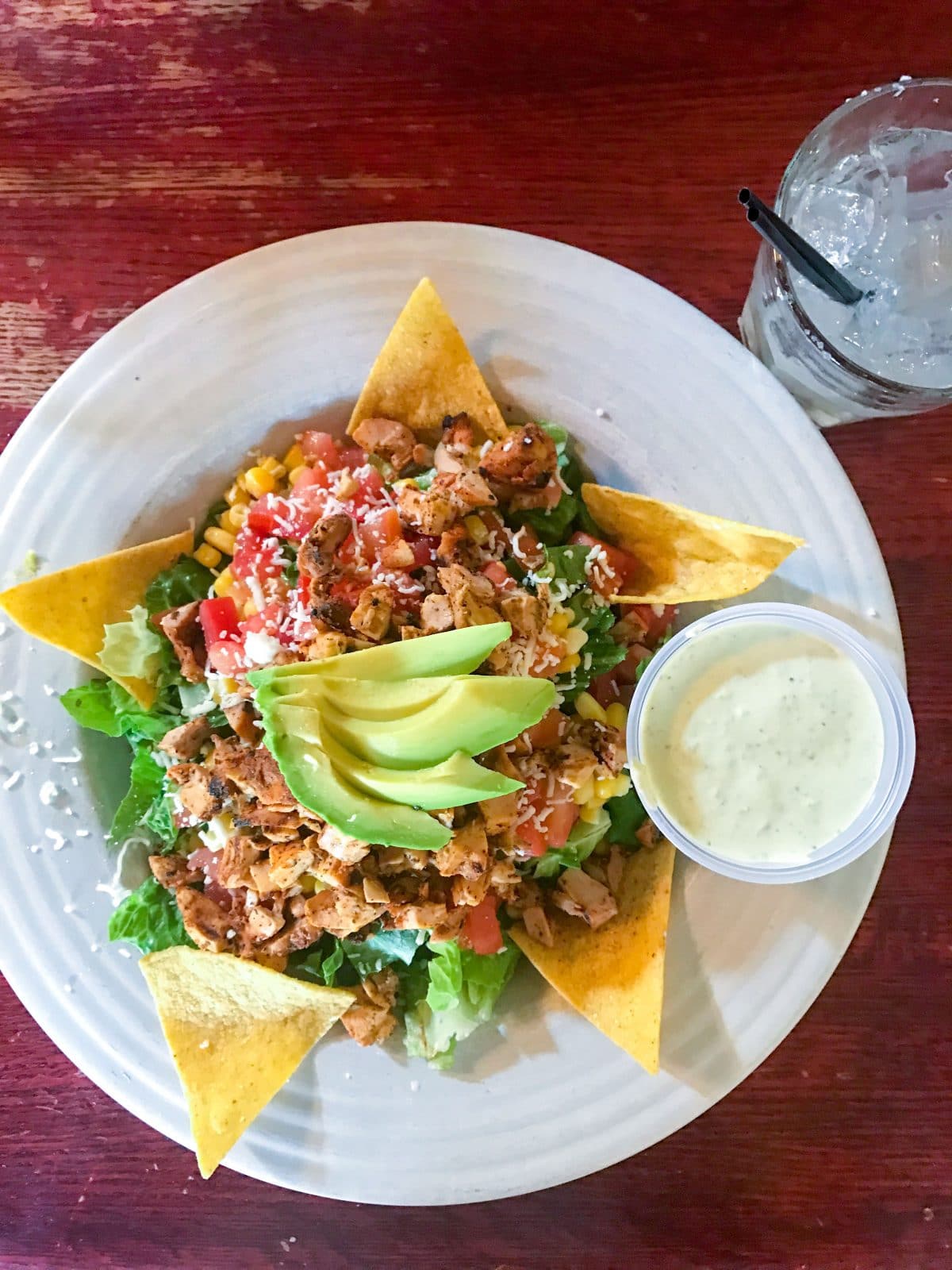 Then it was time for some of us to run back to the house for decorating and some of us to stock up on the essentials (drinks, mixers, snacks).  Apparently, we had to decorate strategically because we stayed in an Airbnb and there was a child’s birthday party at the house behind us.  We positioned all inappropriate bachelorette essentials where little eyes couldn’t see ha ha 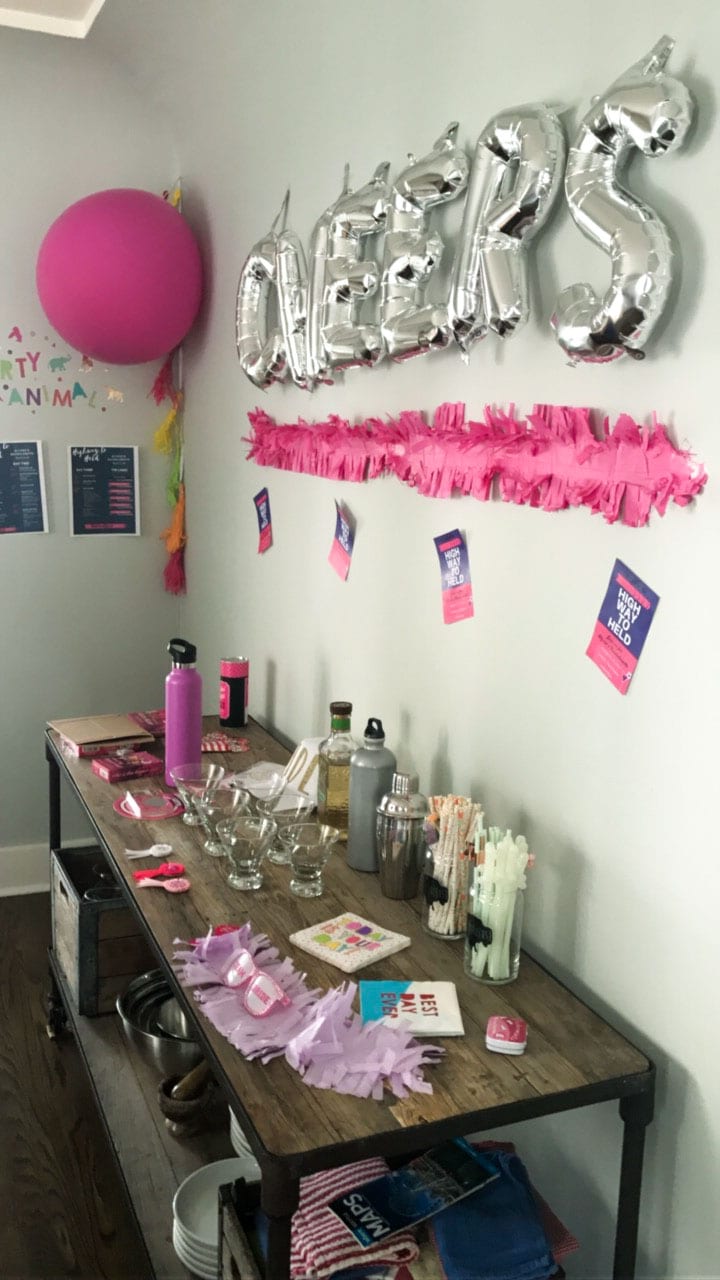 For dinner, we went to Mezcaleria Oaxaca on Capitol Hill.  We thought we had reservations, but apparently, we booked for the place down the street (the hostess says it happens all the time, but they don’t take reservations.)  So we headed upstairs to the bar but ended up eating chicken tostadas there too and of course, more Mezcal Margaritas! 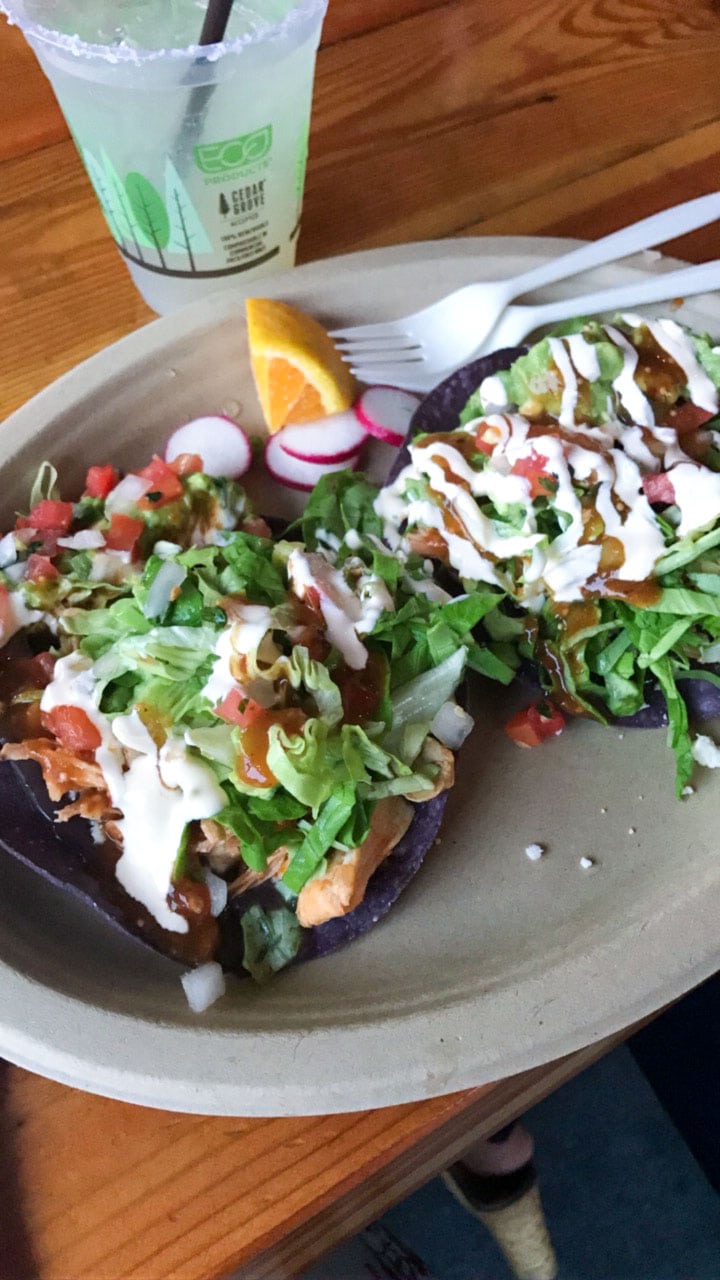 Then we went to a speak easy which I don’t have any pictures of, well not any I can share (it was a bachelorette party after all)!  However, I highly recommend it; it’s called Needle and Thread.  You go in, and there is no drink menu, the bartenders come over and ask what kind of drink you like then hand crafts a cocktail based on what you tell them.  It’s rather pricey but definitely an experience to remember!  I basically drank the strongest drink of my life ha ha it was GREAT!

The bride and I are early risers so the next morning we woke at 6 am and went in search of coffee.  Of course, it’s Seattle so there was a minimum of 5 shops in any direction, okay maybe not that many.  However, we stumbled on the cutest little donut shop and just had to stop.  When I think of Seattle I think of coffee and donuts, even though I’m not normally a huge donut fan I couldn’t pass it up! 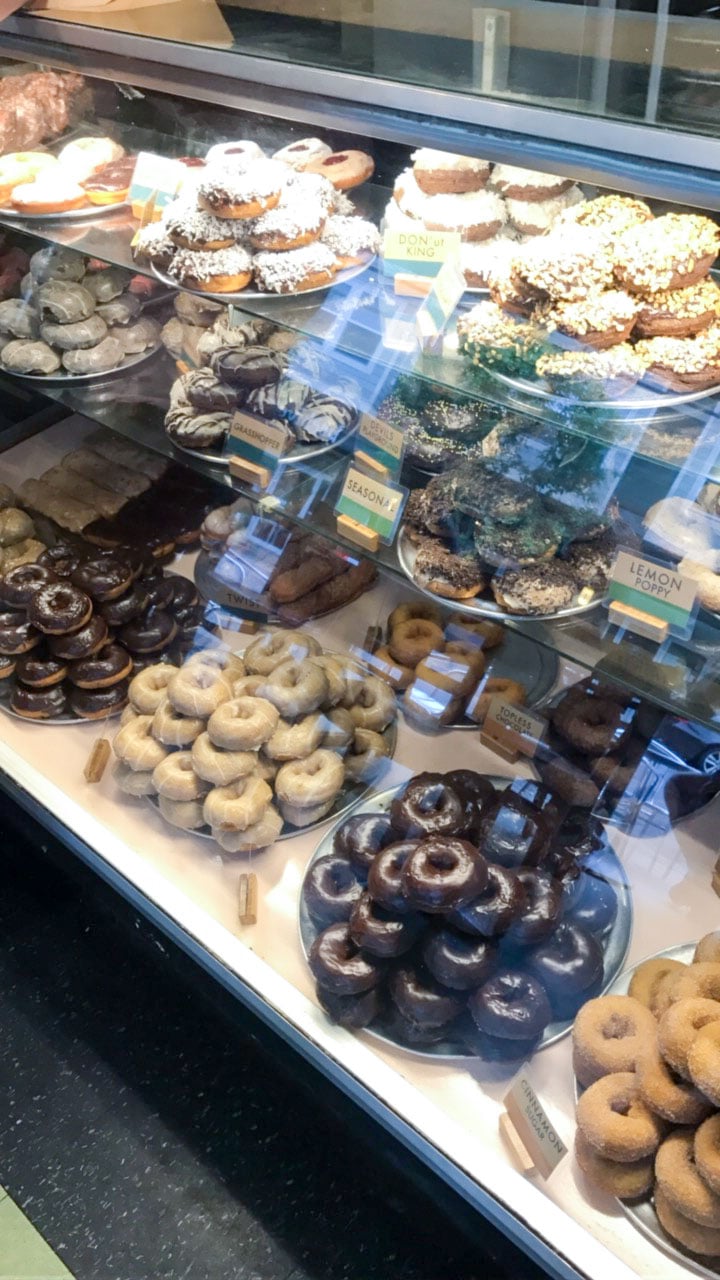 We ended up sharing a maple bar and a raspberry donut which were of course, freaking amazing.  Although I will say I was sadly slight too hungover to finish my halves lol 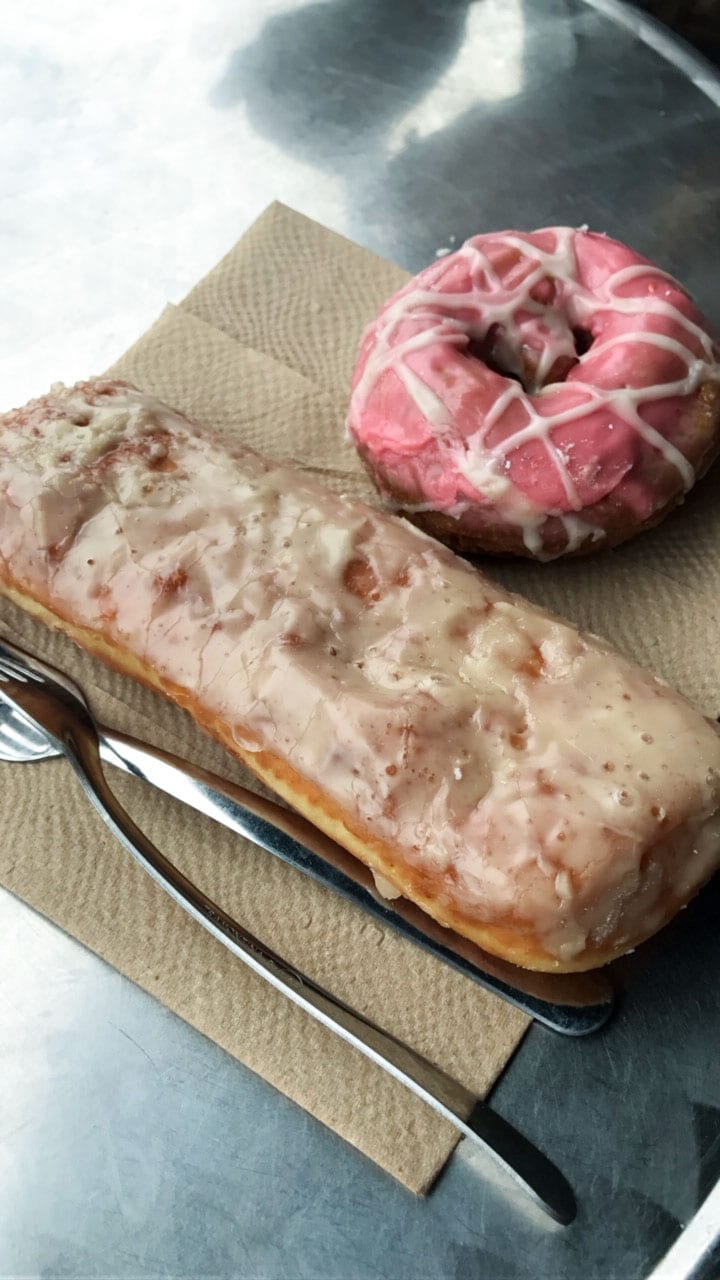 We got a good 2-3 mile walk in before heading back to the homestead and getting ready for the day.  By the time brunch rolled around I was definitely ready to eat.  We walked over to Portage Bay Cafe where we had reservations at.  I got the Migas which was basically a breakfast quesadilla with an egg, basil, sour cream, cheese filling.  So delicious, I definitely want to recreate a slightly healthier version soon! It also came with potatoes, but they were sadly way overcooked, so I didn’t eat very many of them. 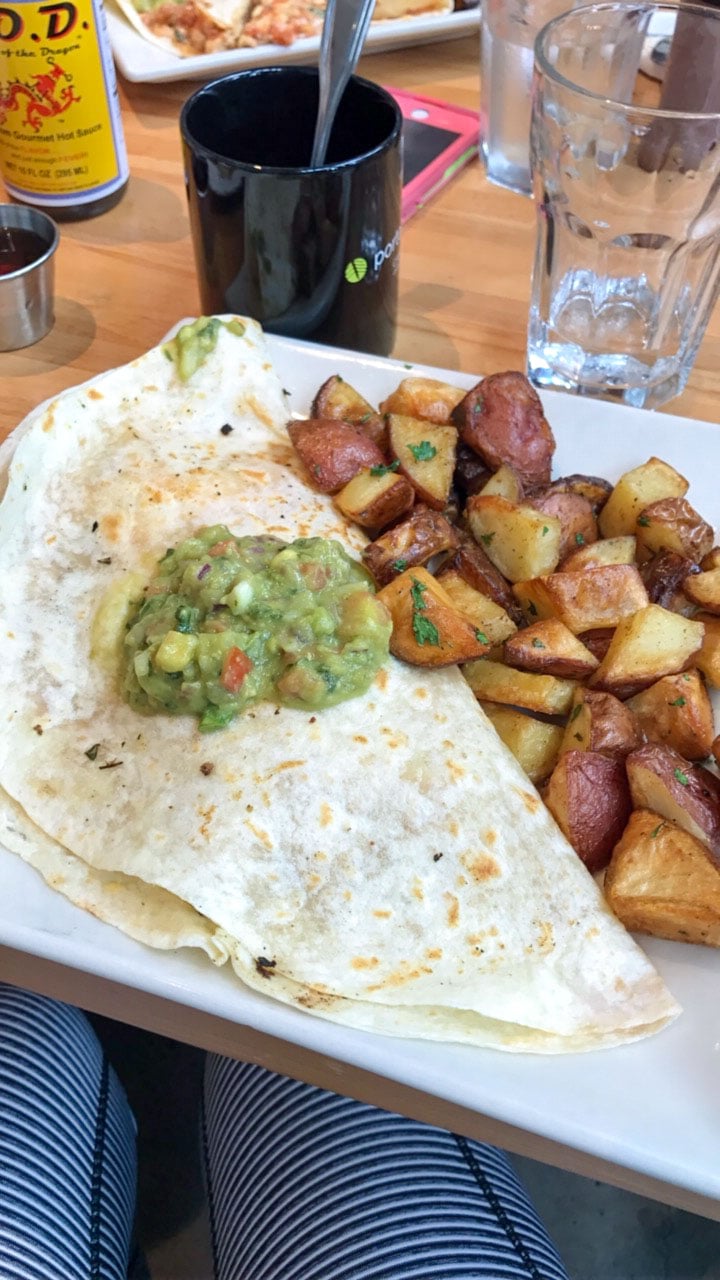 The place is known for their french toast and breakfast bar, so I ordered a side which we all shared. I wanted to try it because everyone raved about it on yelp but I wasn’t impressed, then again I don’t really love french toast so not sure what I was going for. 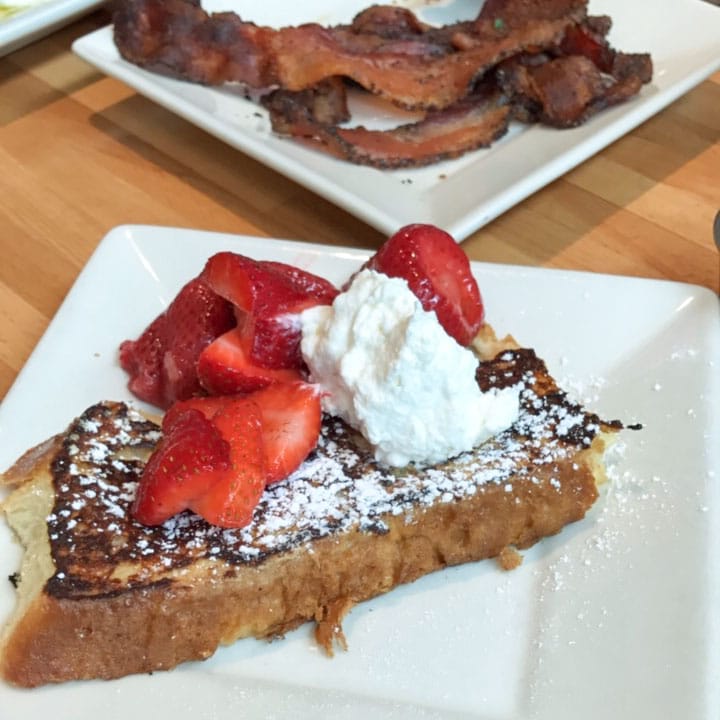 Next up was a poll dancing class which was so much fun!  That footage is of course off limits, but if you have a bachelorette planned in the area, I would highly recommend enchant verticle dance.  Some of the girls knew the instructor from high school which is how they found out about it.  I thought the instructor did a great job at encouraging and including everyone regardless of their dance background.

After the pole dancing, we headed to the booze cruise which we booked via Argosy Cruises.  I actually found the tour really interesting.  Even though I generally have a no wine rule, I did end up drinking the wine because the chairs on the boat really hurt my back.  It’s weird, most of the time I forget I ever injured my back and then every once in a while I will sit somewhere (usually a really hard surface or on a plane) it will all of a sudden flare.  I can either stand, take a prescription anti-inflammatory, or drink some alcohol.  So I broke my wine rule and had some wine.  Some of the fun things we saw were Captain Hook ships from Once Upon A Time 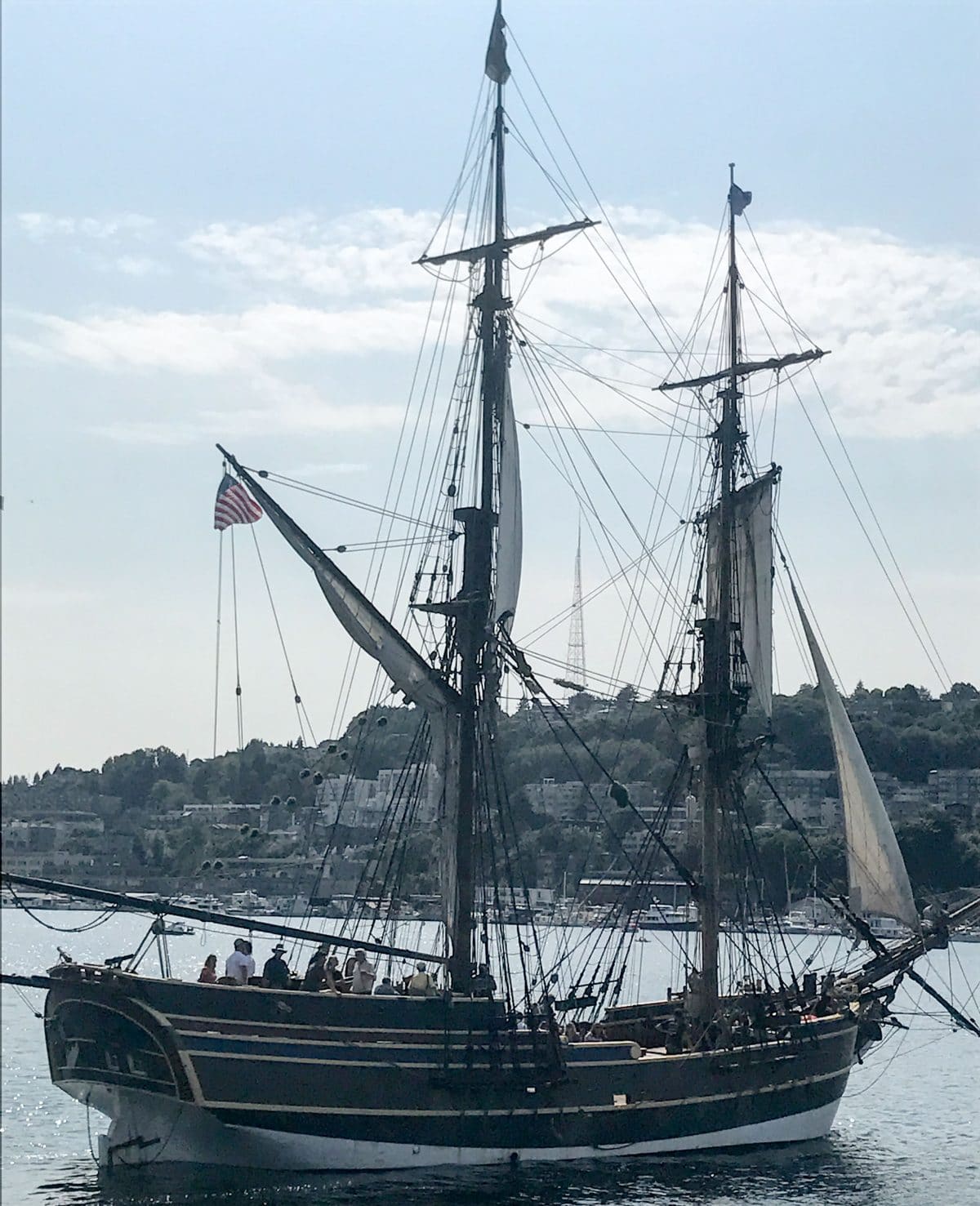 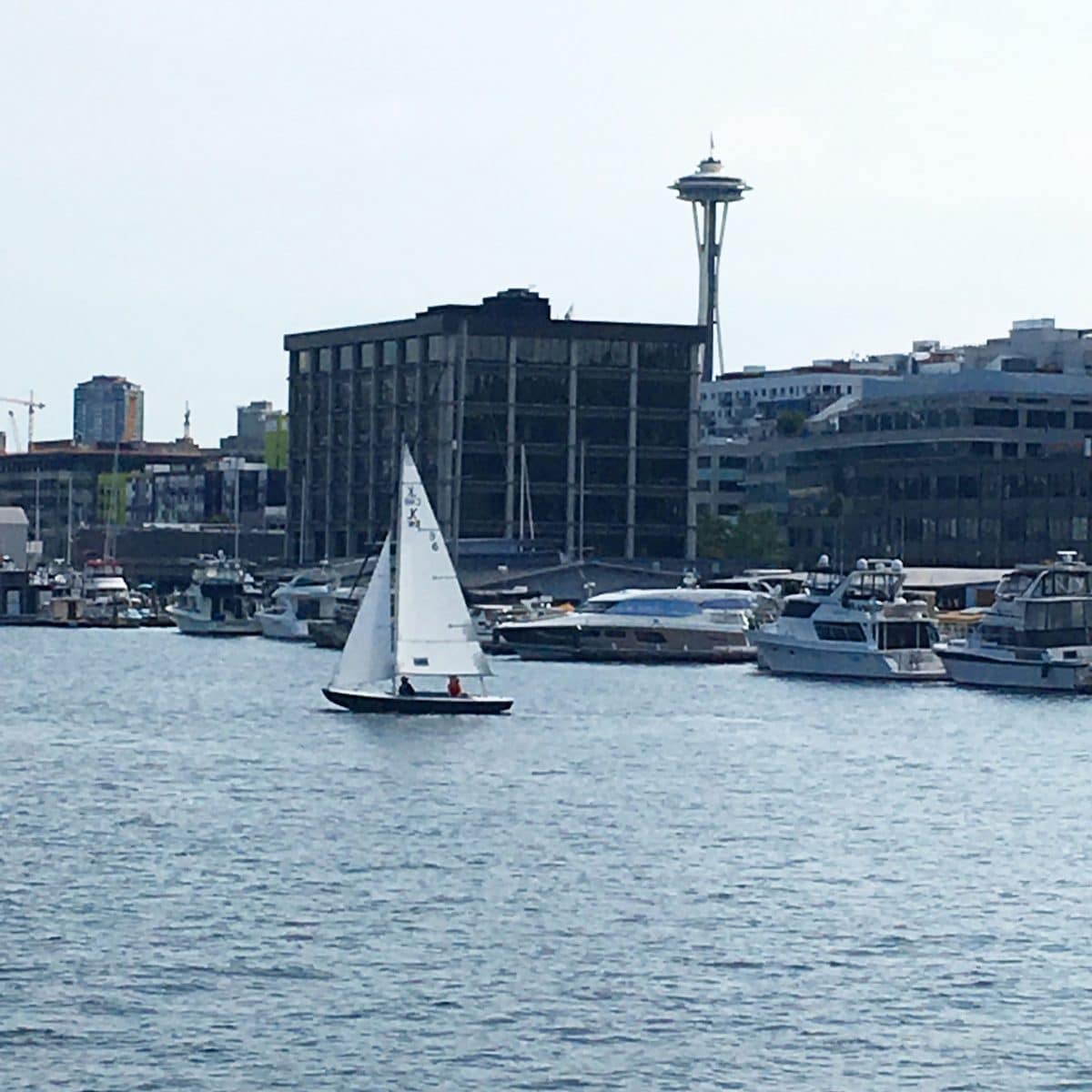 After the booze cruise, we headed home and hung out for a little while (I slept, pretty much what happens when I drink wine which is why I typically avoid it.) Then we got ready for our fancy night out.  We got dressed up and headed to Bastille Cafe and Bar, where the service and food were unbelievably good.  I got the salmon for my dinner and a couple of drinks called Pastry Wars which were great, not to sweet but strong. 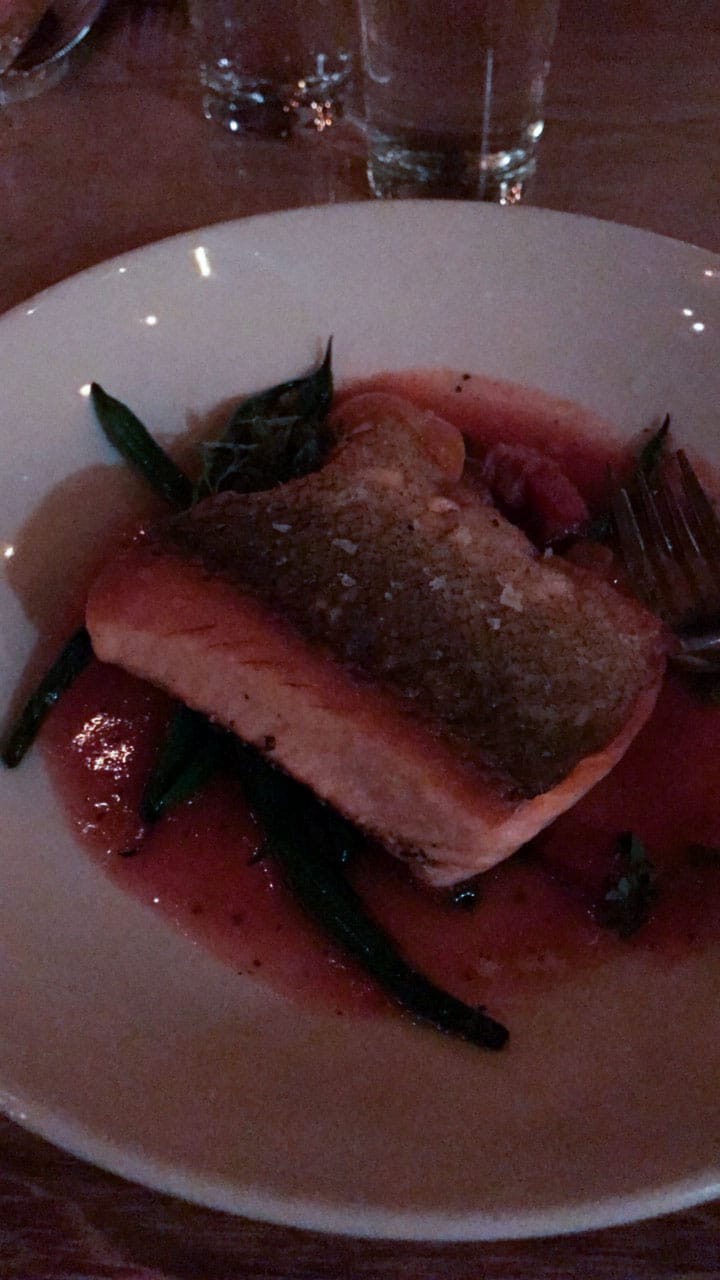 The highlight of the night was dessert at Hot Cakes Molton Chocolate Cakery.  I got the chocolate chip cookie dough molten lava cake, and holy crap it was delicious! 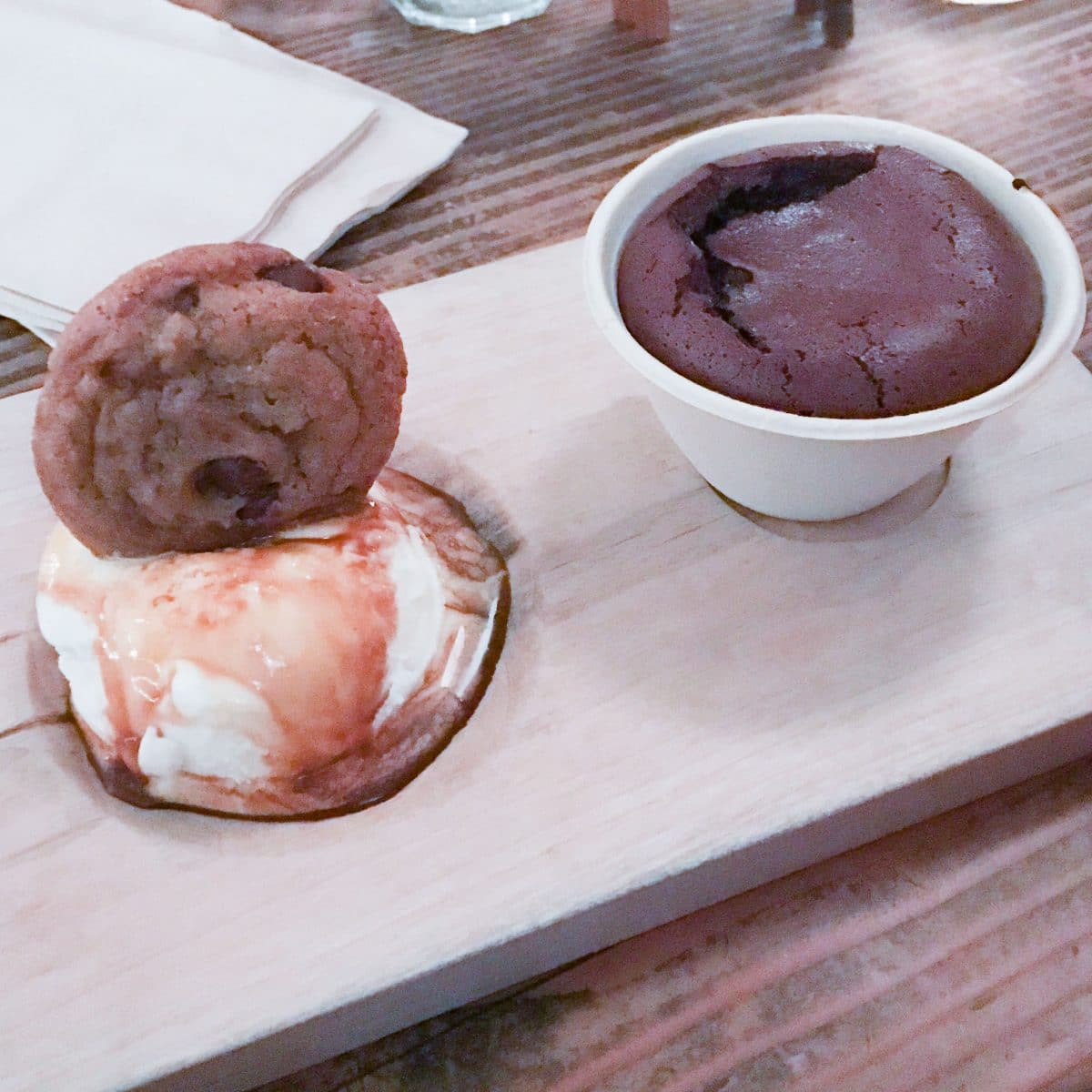 The next day started with an hour walk around the area with coffee, no donuts this time though!  It was beautiful out, misty and cool but not too cold.  When we headed back we packed up and cleaned up then headed up to explore.  We stopped for bagels and a random little cafe and then we walked at least four miles touring the area.  We stopped at the Fremont Troll which you may remember from 10 Things I Hate About You. 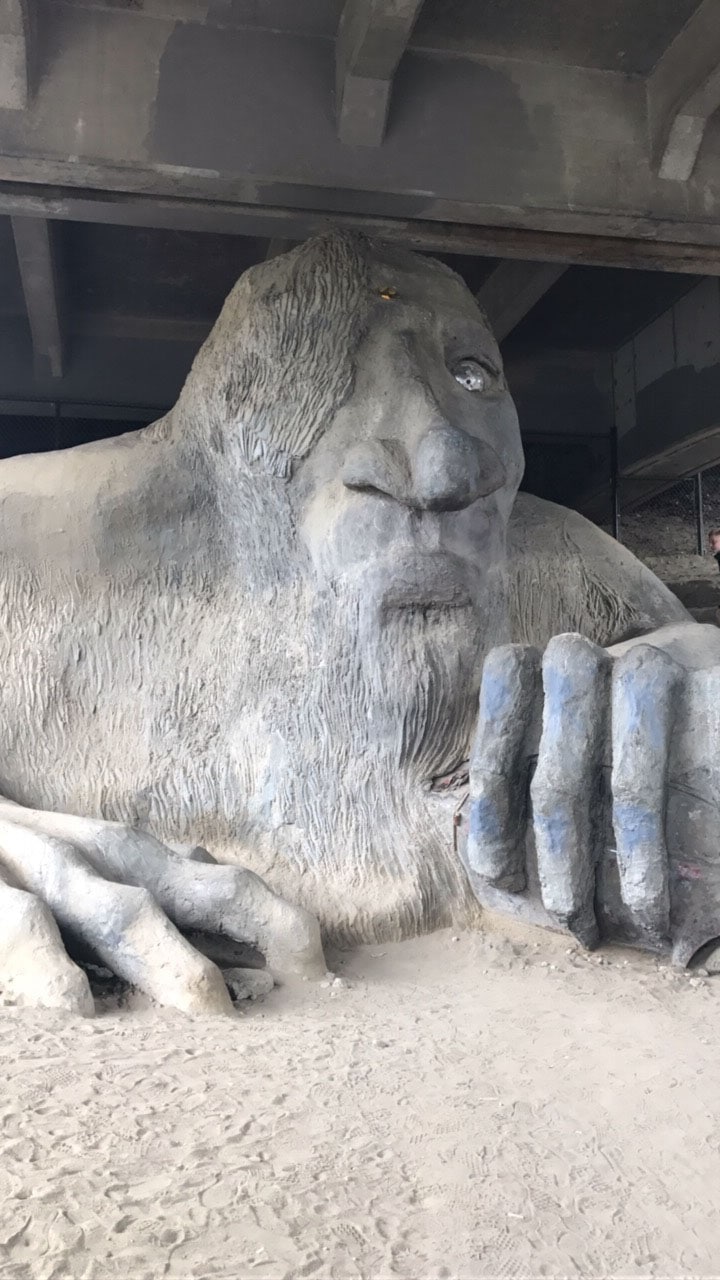 I swear, Seattle is a giant outdoor garden.  My mom grew up in Seattle/Tacoma area and always talked about gardening and picking berries but I never understood until this trip.  Everywhere we looked there were berries, apple trees, peach trees, zucchini the size of your head it was incredible to this Arizona girl.  I couldn’t get enough of the water either! 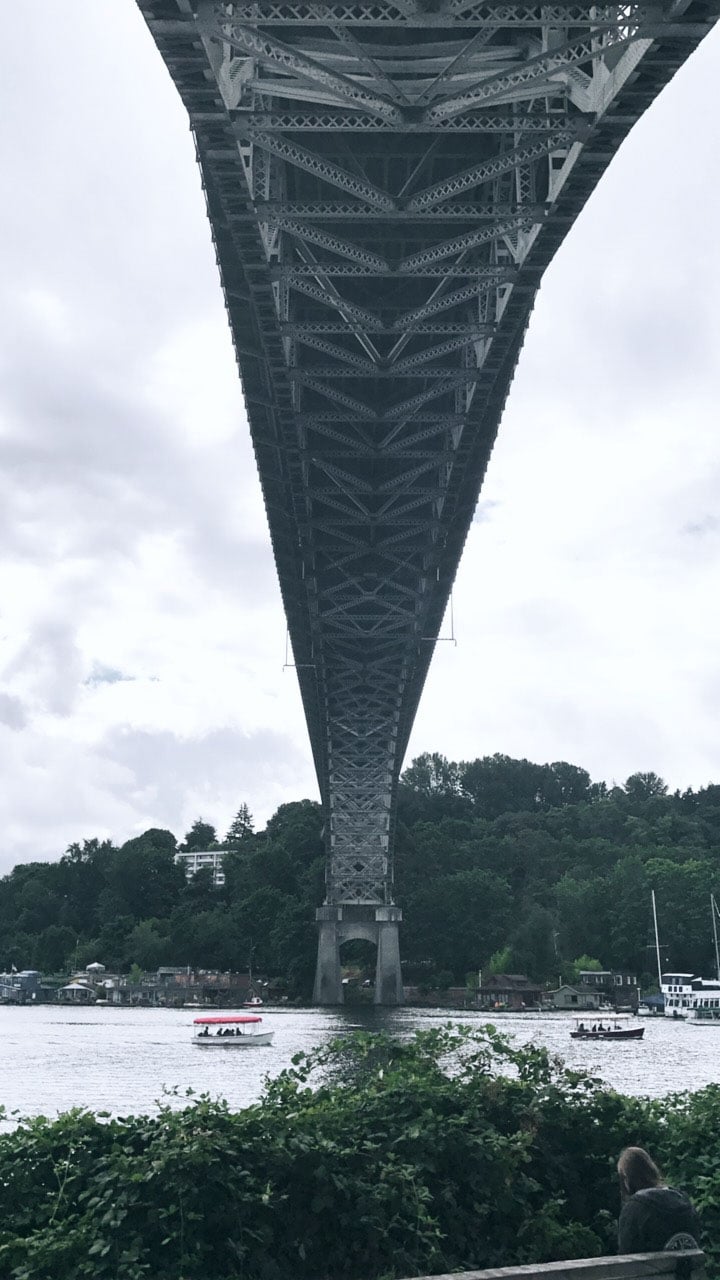 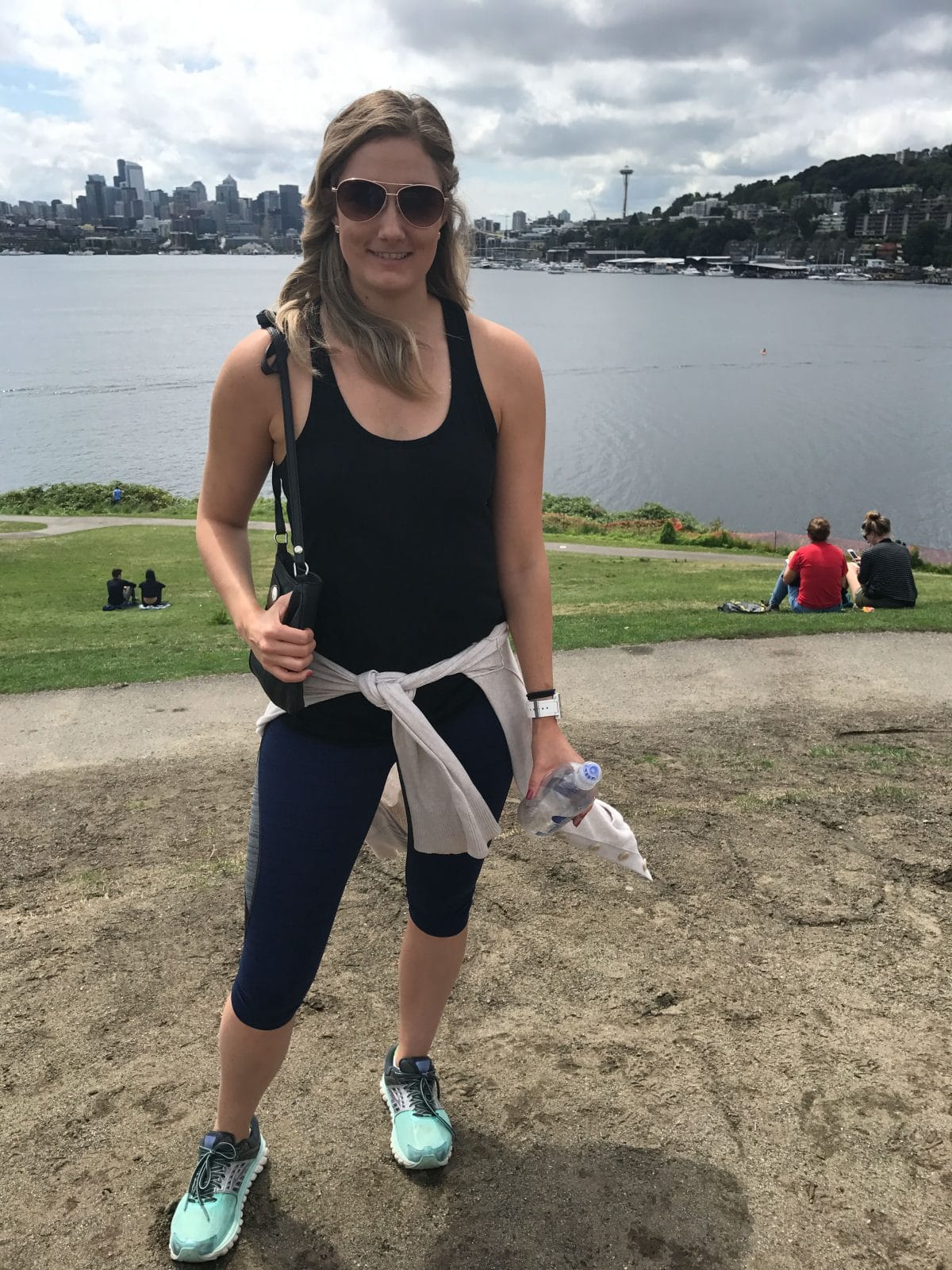 Got to throw in one picture of me right?  After touring the city on foot, we headed back to the Airbnb to grab our stuff and head to lunch.  We had reservations at Tilikum Place Cafe for 1:30 and ended up leaving at 3:45 so plan extra time if you want to eat here, the service is SLOW.  They are known for their Dutch babies, so we started out with one of those for the table. 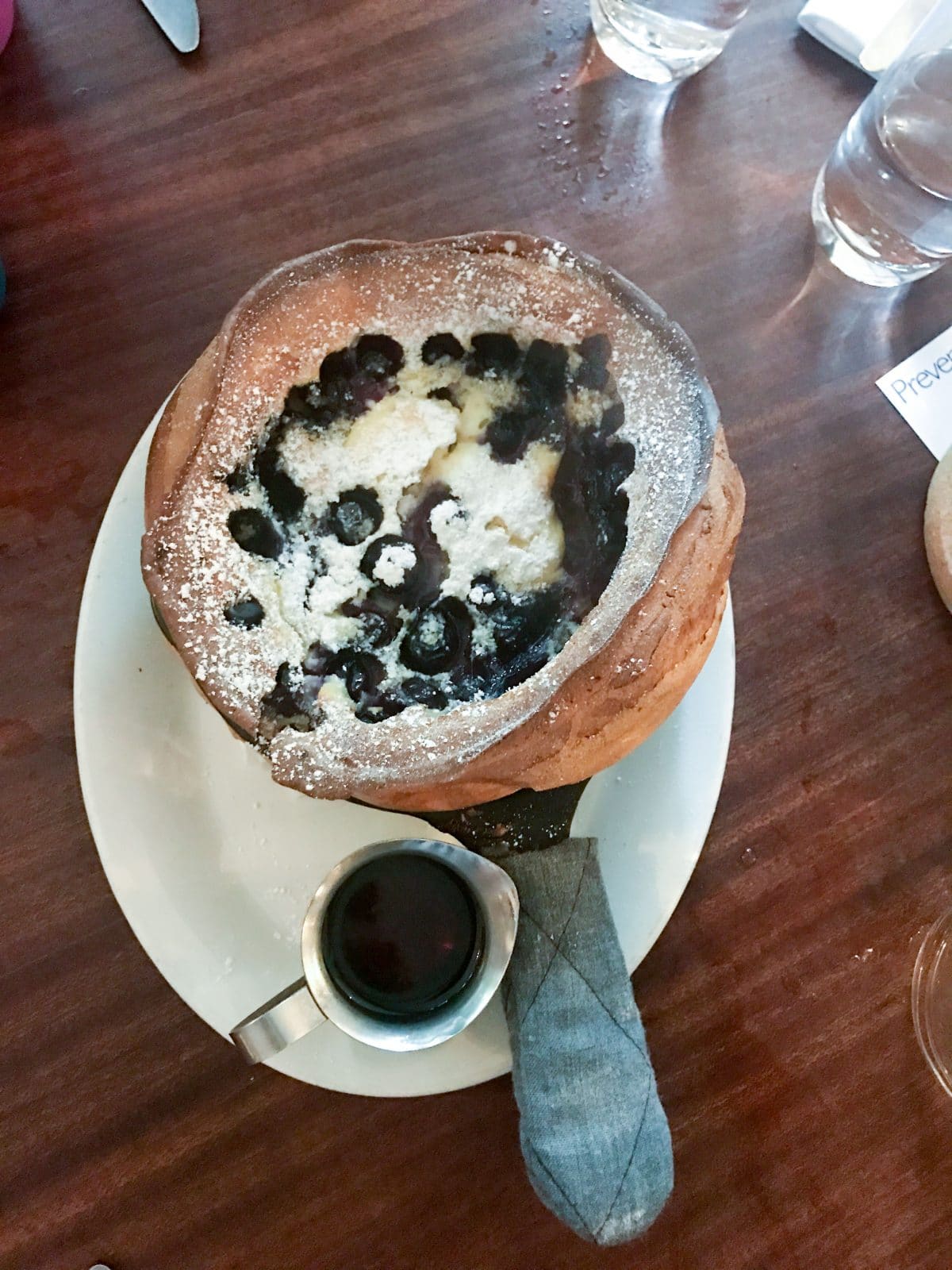 I’d never had one before, so I was excited to try it.  Verdict?  It tastes like a giant pancake with lemon ricotta filling.  For my meal, I got the omelet filled with artichoke and feta as well as a side of house made sausage. 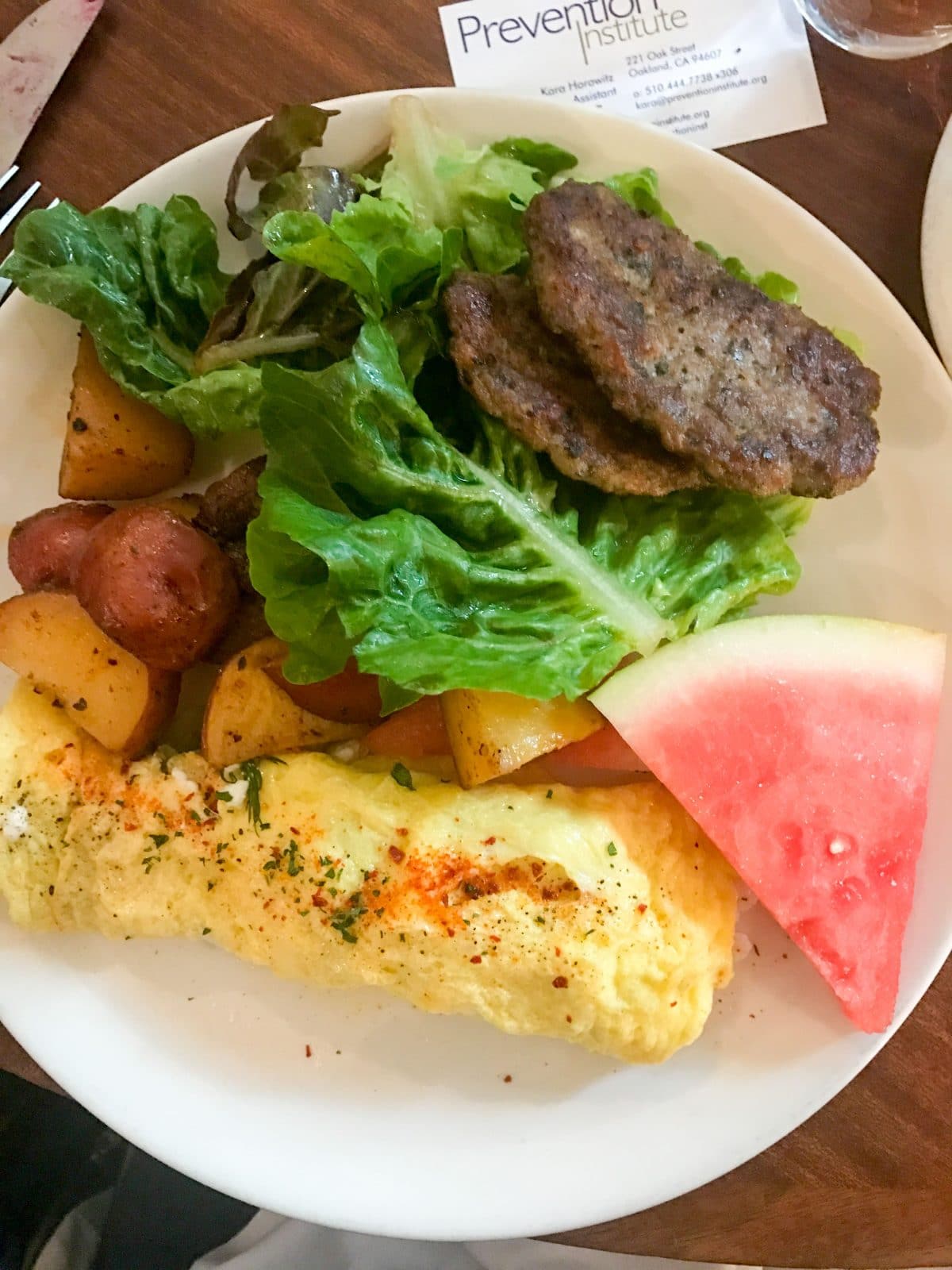 Right after lunch, we headed to the airport!  The flight home was really uneventful, and I was grateful for the new plane which meant more leg room, more head room, and the chairs didn’t hurt my back!  It’s the first time in four years I’ve flown over an hour without taking medication or drinking, so that was a huge win!

Now that I’m home, the rest of this week is about getting out of this apartment and finally into our permanent home.  It’s gonna be a crazy week, I probably won’t be caught up with my life until the end of September but it’s all good right!?!?!  I’ve actually got to run so I can get the keys from the realtor!  So excited!  Have a good one!