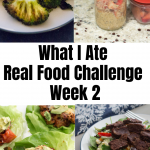 I’m not gonna lie, I’ve been on the struggle bus with breakfast lately.  I’ve always been the type of person who was super hungry for breakfast, it was my favorite meal of the day.  Lately, though, nothing sounds that great and my appetite is super low. A few days I had a couple of lactation bites and called it good.

Yesterday I made this breakfast which I was super proud of but was only able to eat one of the two eggs, the sourdough toast, and half the broccoli.

If I’m able to work out in the morning my appetite is MUCH better, that’s when I down some loaded PB oats. 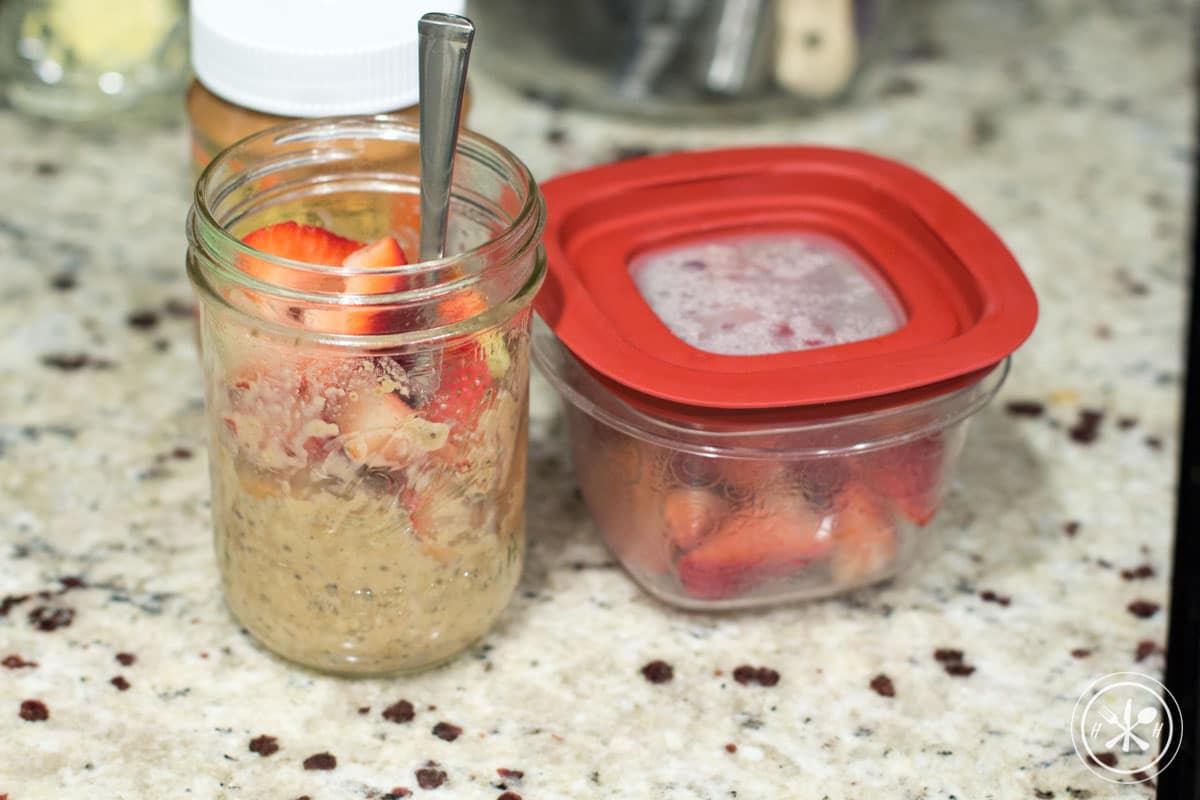 I’m not really sure what’s been killing my breakfast appetite other than pure exhaustion.  I need a full cup of coffee in me before I can even start to think about food. I’m also having a pretty substantial night time snack and that’s because I feel like I need fuel for the night and I’m hungrier then probably because I mostly workout at night.

Right now my life is all about going with the flow so I’m going with it, I’m not forcing breakfast when I don’t feel hungry.  I’m at least getting a cup of coffee with collagen and a lactation bite.  Then I’m typically really ready for a substantial lunch by 11 am.

Dinners usually become lunch leftovers so I’m combining this section.  Over the weekend we had this epic salad from the real food challenge meal plan.  It is similar to my chop chop salad but with steak on top of even more greens.  It was SOOOOO good. 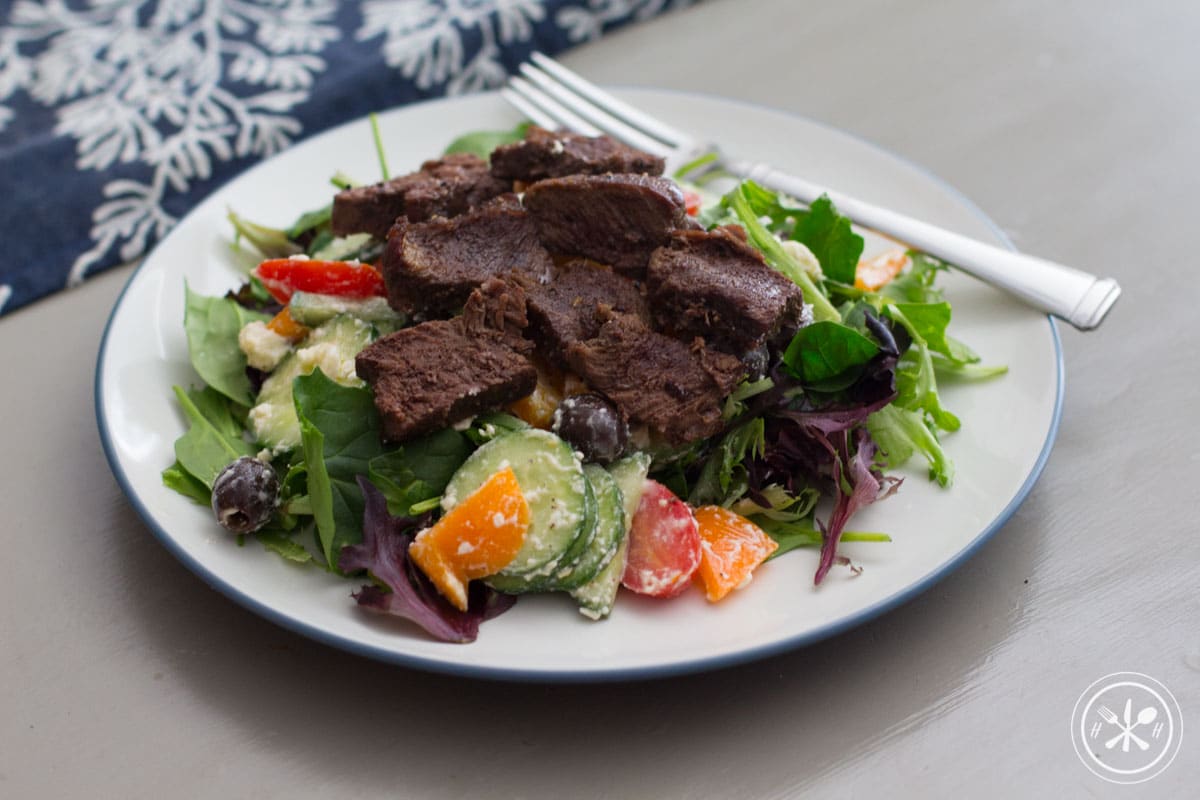 We also had Mr. Hungry’s official birthday dinner over the weekend since on his actual birthday he was too sick to celebrate.   We couldn’t go to Red Lobster so we brought the restaurant to us!  I made him two lobster tails (I followed this recipe.) and I also bought crab meat because I’m not a fan of lobster.  For side dishes, we made Red Lobsters Cheddar Bay BiscuitsRed Lobsters Cheddar Bay Biscuits and roasted broccoli. The biscuits aren’t exactly “real food” approved but it was for a celebration!  Plus I somehow stopped myself from eating the whole box and only had two! 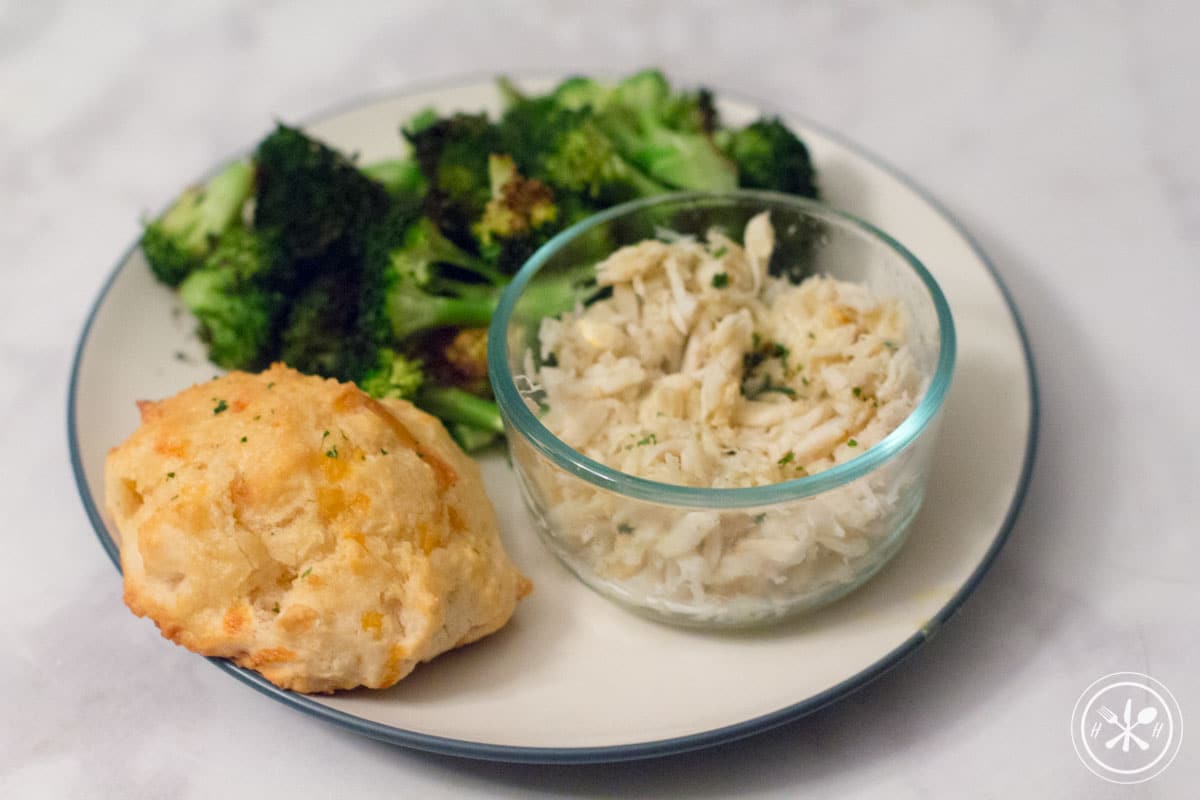 This week it’s been a fiesta around here!  I started off the week with Turkey Lettuce Tacos, another recipe from the real food challenge meal plan. 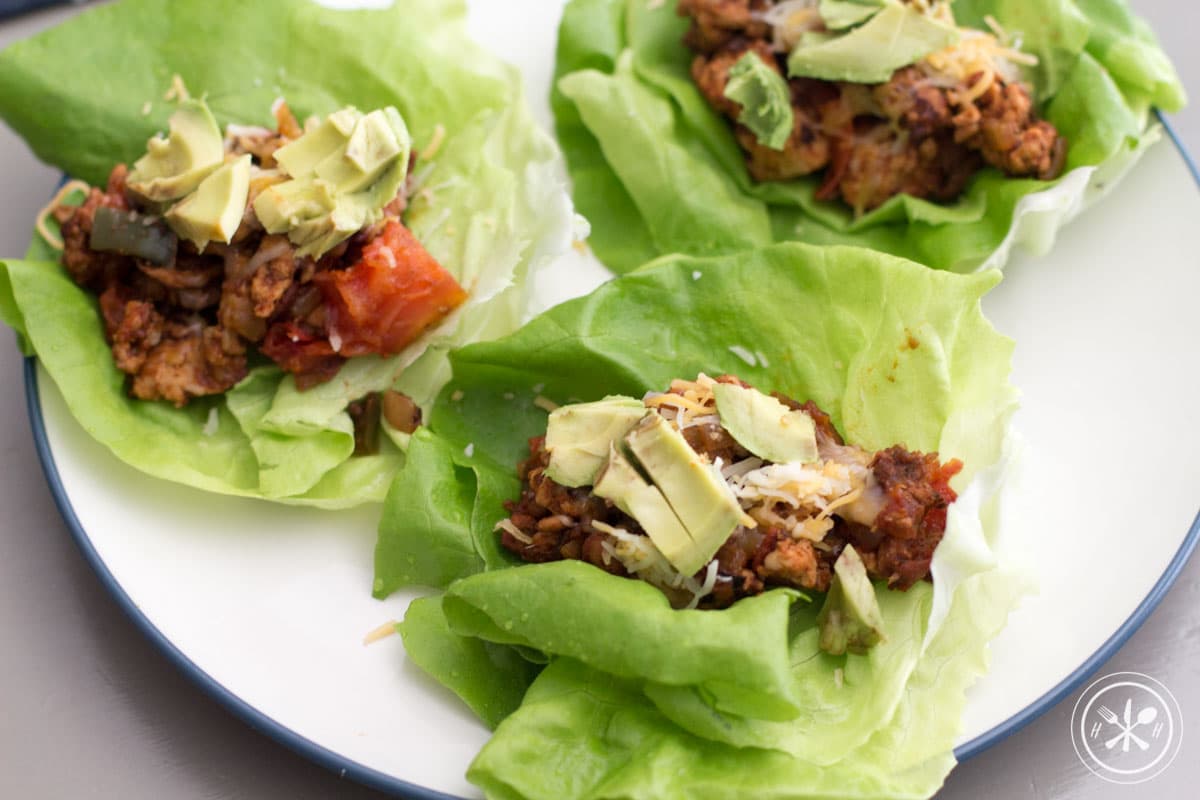 And I worked on a sponsored Quinoa Enchilada Chicken Skillet recipe! (coming soon!) 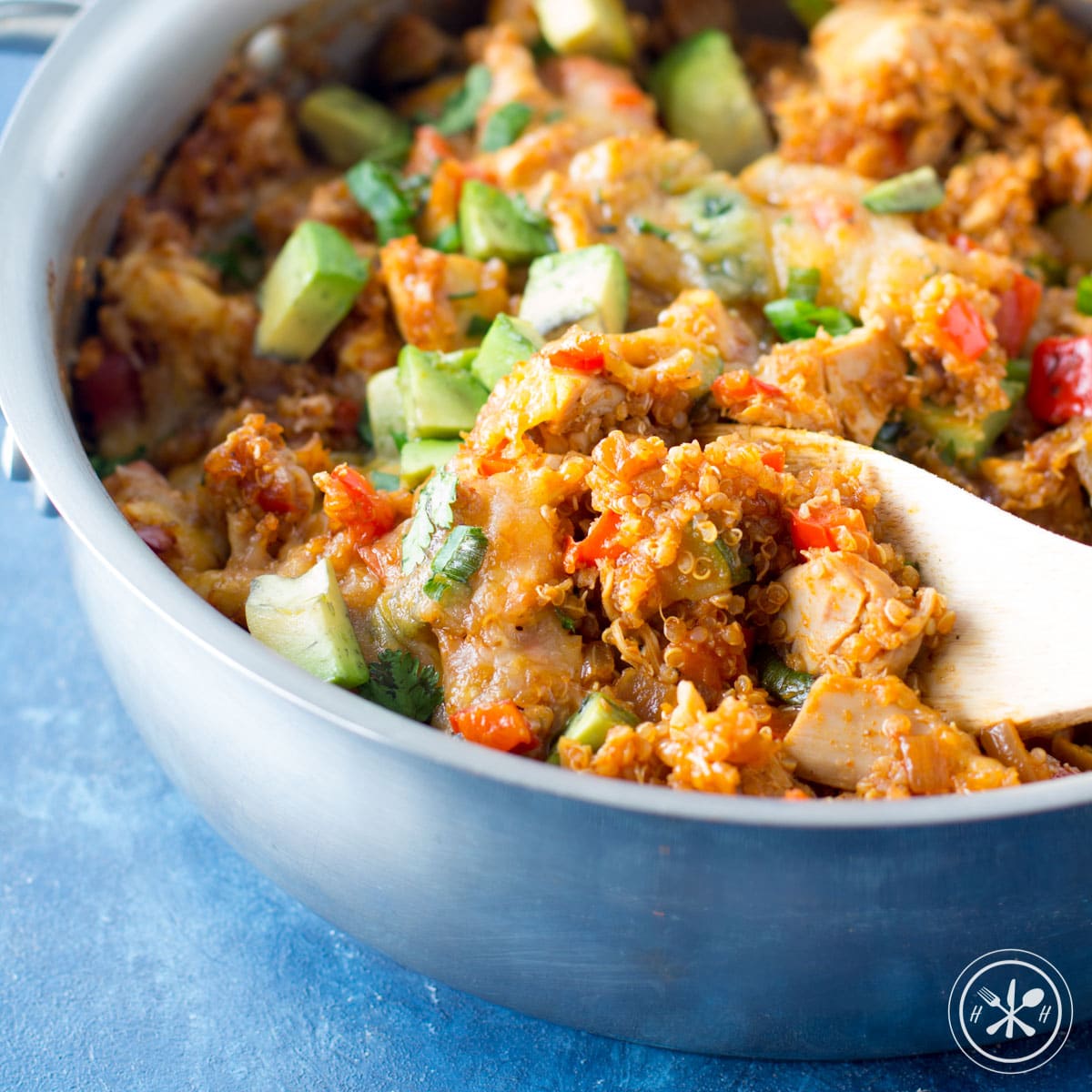 It was SOOOOO nice to have the meal planning and shopping list is done for me.  After weeks of being pregnant and not wanting to use the meal plans I am creating, it’s fun to finally be participating with you guys!

What have you been eating this week? 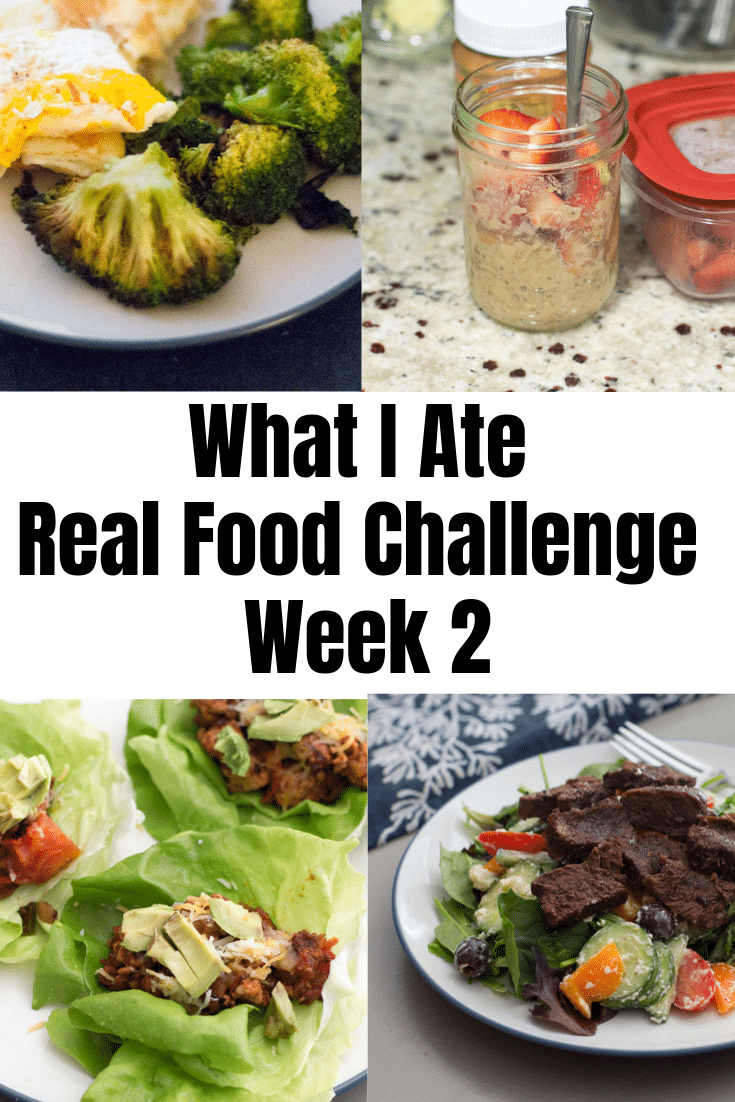