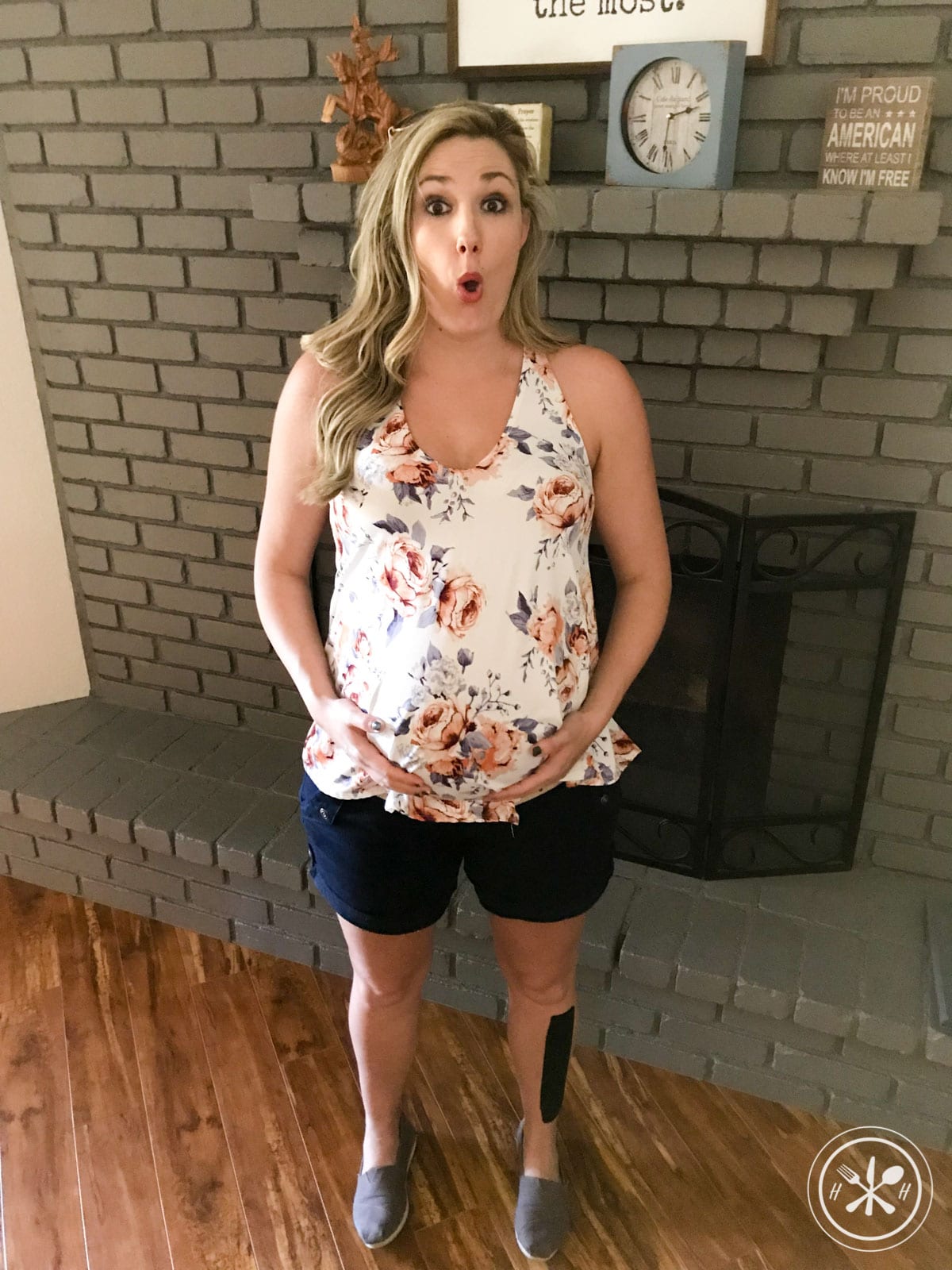 (I know a bunch of you will ask, the tape on my leg isrock tape it helps with the shin pain I sometimes have. )

I stopped taking any progesterone last Saturday, which was super scary but no baby yet so we are good!  Starting this week I’m on weekly appointments, that’s crazy pants!  I had this week’s checkup yesterday, and she told me the baby dropped, but my cervix is still closed.  This didn’t surprise me, although I don’t feel like my belly looks lower the need to pee is FOR REAL.  She also did the Group B Strep Test or whatever the hell it is, I guess I find out those results next time?

Baby’s fundal height was 35 weeks, which was news to me since she forgot to tell me what the fundal height was the last couple of appointments.  She seems unconcerned, so sounds good to me.  She also mentioned to me that there is one day in October she will be out of town, Saturday, October 6th.  So, hopefully, the baby doesn’t come then, but if he does, he does.  Let’s be honest. It’s not up to me.

I spoke with her about my preference for a female doctor, and she said she would do everything to make sure that happens if she can’t be there.  I mean I’m not gonna freak out if it’s a male doctor, I’ve seen male gynecologists before plenty of times I just don’t prefer it.  I prefer someone who UNDERSTANDS the pain of labor, or at the very least a period. 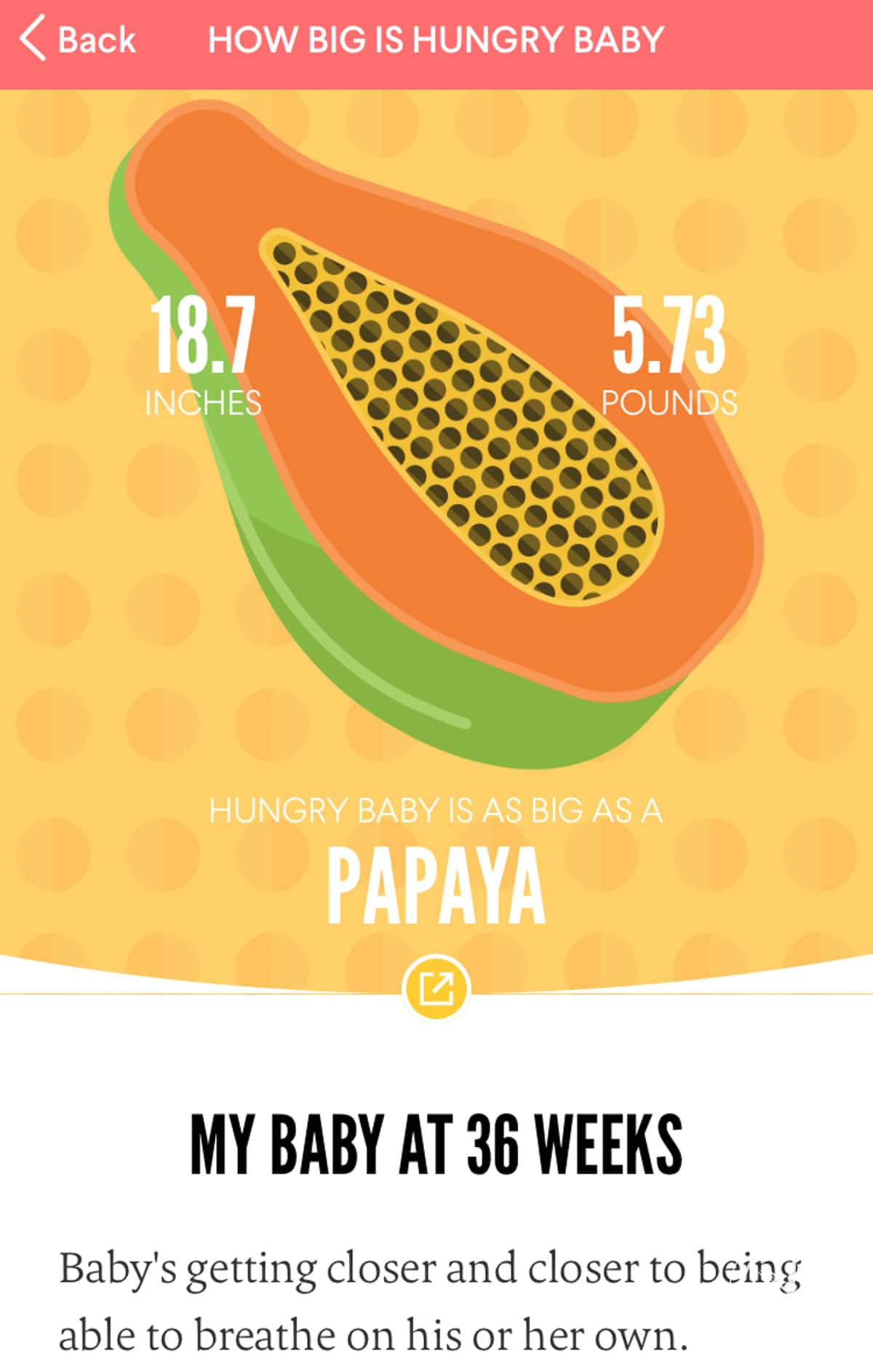 I’ve decided my post-baby meals will be REAL sushi (spicy tuna roll calling my name) and a Capriotti’s Capastrami sandwich.

Mr. Hungry has been informed and has my order on his phone.  Capriotti’s is his FAVORITE so I knew he would be excited about that.  I’m not usually into it, but after months of cheese sandwiches or BLTs, I want a real sandwich! ha ha

Preggo insomnia, exhausted during the day and wired at night.  This is hit or miss, every night is like Russian roulette.  Sometimes I lay awake for hours and sometimes I fall right asleep.  I do my best to avoid afternoon naps because that definitely contributes to insomnia at night, but sometimes I’m so tired I can’t help it and the cycle repeats.
Every once in a while I get to sleep all night and it’s heavenly, but it’s rare. 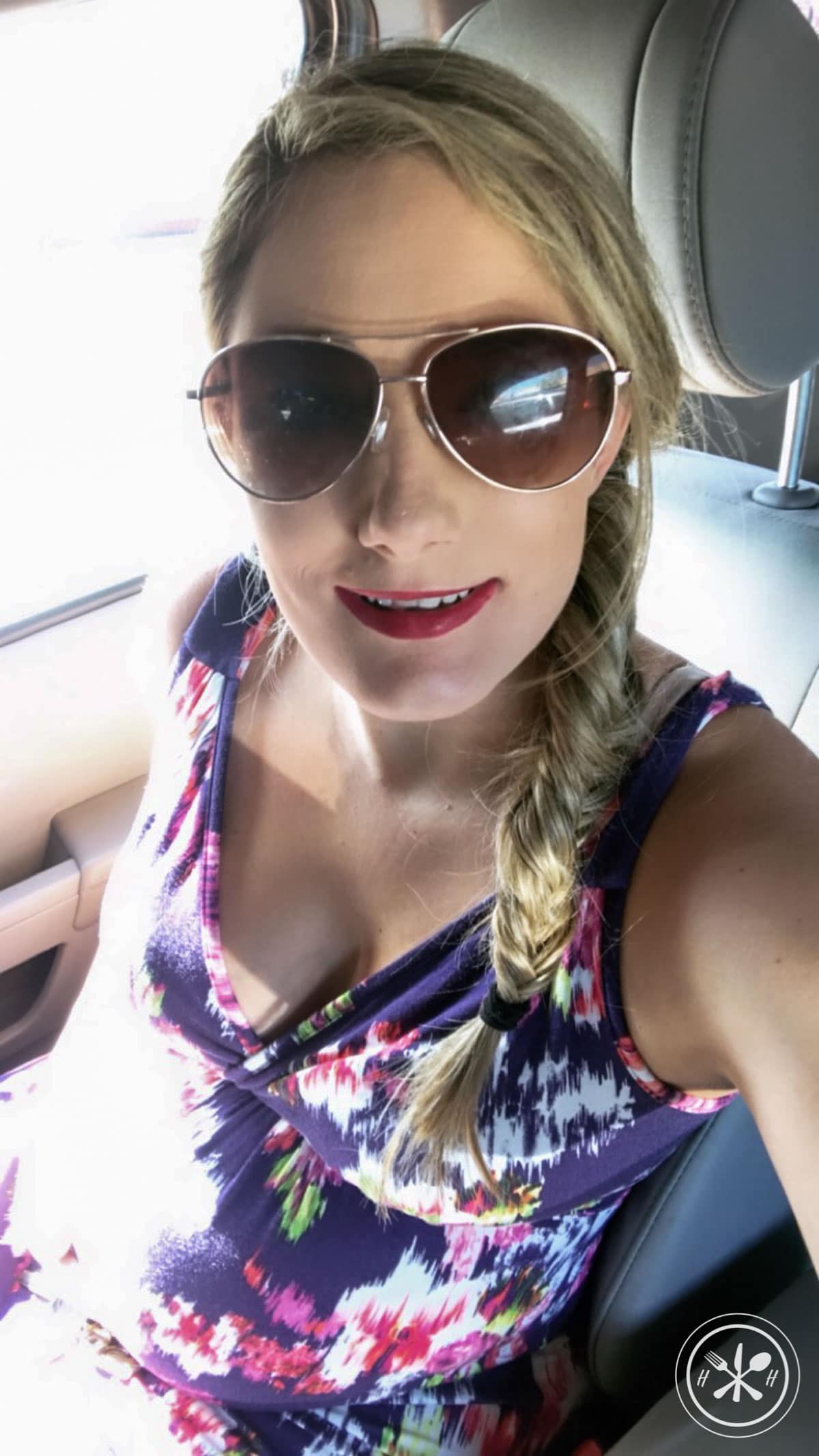 Every day is a little better.  I mostly am adverse to cooking, sadly.  I love cooking and producing wonderful things to eat.  I’m still just not that into food at all.  I can’t explain it but I’m the type of person who lives to eat, and during pregnancy, I’ve been the type of person who could care less when the next meal is.

I don’t know I get a craving for something and then I go to get it, and it looks repulsive. Pretty much the same as the rest of the pregnancy.  My go to foods are:

Last Thursday I started with short walks.  At first, they were pretty uncomfortable but when I used a support band, they were a little bit better.  I try to do multiple loops close to home so I don’t end up far away from the house with the dog unable to make it back.  I mean I could always call my mom to come to get me, but I doubt she’d be pleased with that scenario. 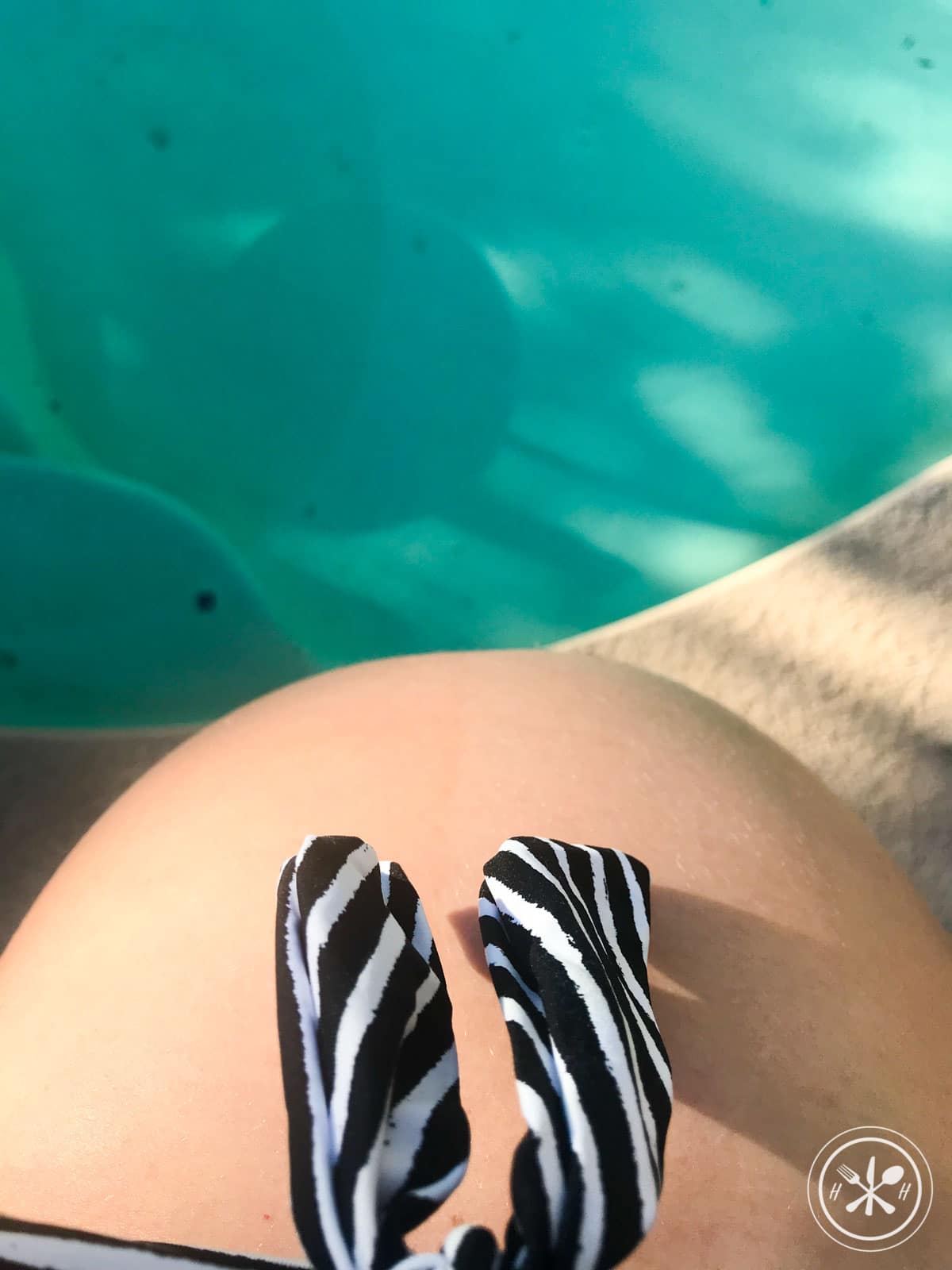 I’ve been thinking about buying a portable bassinet (like this one or this one) or newborn lounger but haven’t pulled the plug yet.  I have a bouncer and my mom just sent a swing, but I feel like I need a SIDS safe place for baby to sleep out in the living room or in the office while I’m working.  I’d like to keep the baby close to me most of the time for the first few months, and although I’m not planning to do a ton of work, a little while baby is sleeping would be nice.  I know Dockatots are popular but so pricey, I don’t want to spend $$$$$ on a pillow unless it’s 100% worth it. If you have one and think it’s worth it, let me know!
But, as my friend said, a blanket on the ground would work too if the area is carpeted!
That’s it, until next time!  It’s weird to think, maybe I’ll be checking in again in two weeks and maybe I won’t be!  I know that most likely yes, but you never know!
I plan to post on IG when we get admitted to the hospital, but I do want to keep the experience mostly private while we are experiencing it.  I’ll share a post on IG and on the blog when baby makes his entrance into the world.  Soon after I will share his birth story (*gulp).
Alright, see you tomorrow with a delicious new recipe!
And in case you missed any of these posts:
What I Packed In My Hospital Bag
Weeks 33 & 34 Update
Safari Nursery Reveal!
Weeks 30-32 Update
Slam Dunk Baby Shower
Weeks 28-29 Update (Modified Bed Rest)
Second Trimester Favorites & Essentials
Weeks 26-27 Update
Weeks 24-25 Update + Supplements I Take
Weeks 22-23 Update
Weeks 20-21 Update
Weeks 18-19 Update
Hungry Baby Is A…
Weeks 16-17 Update
Weeks 14-15 Update
First Trimester Essentials
First Trimester Pregnancy Recap
Guess What?????