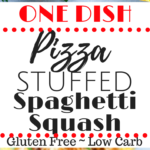 Craving pizza?  This pizza stuffed spaghetti squash is full of all the pizza flavor & made in ONE PAN!  Gluten Free, Low Carb, & High Pro 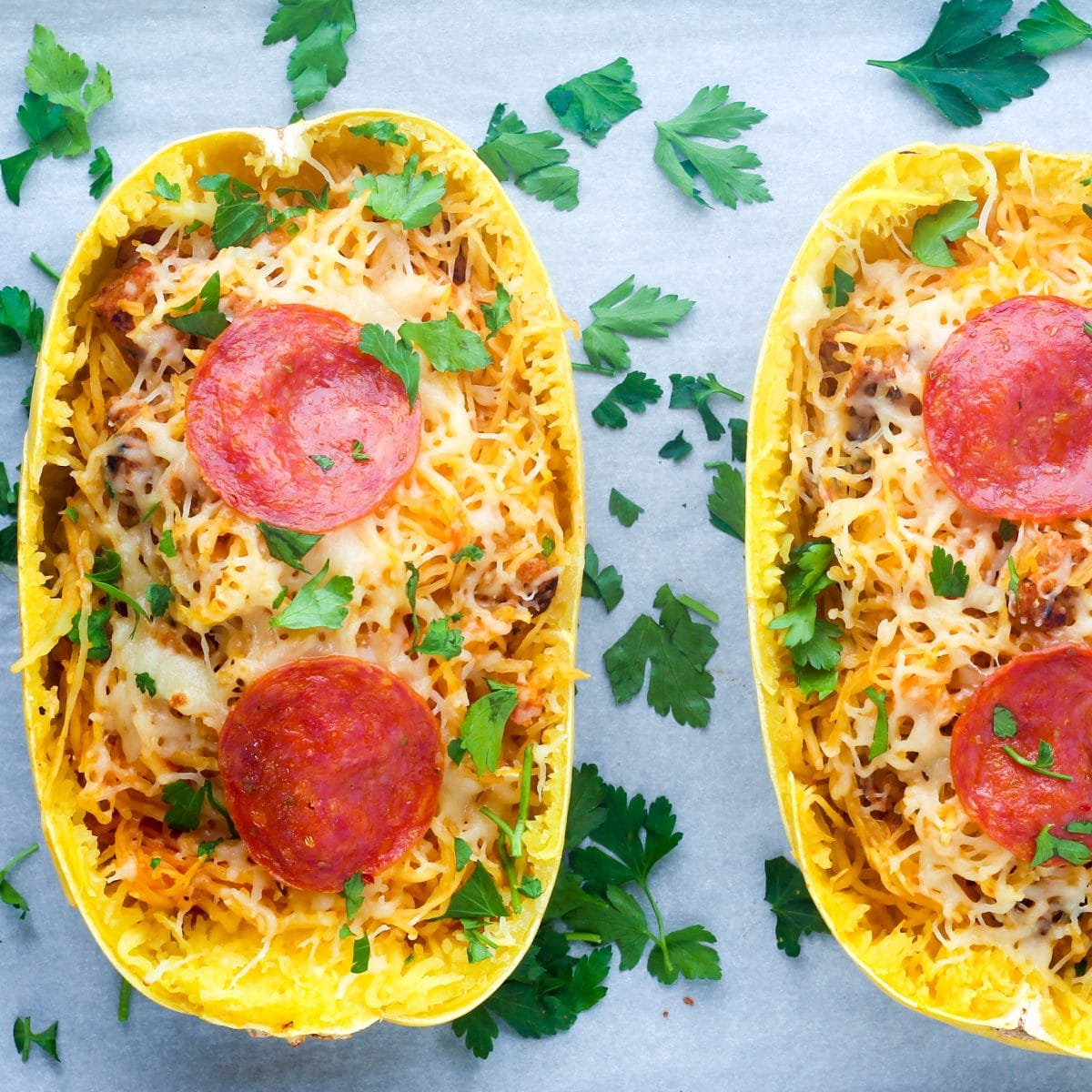 It’s one dish Monday and many of you are probably like, there is no way that spaghetti squash was made in one dish.  Your right, kind of, but if you read on I will revolutionize your life and I promise you will only have to wash ONE dish.

Recently, one of my healthy habits challenge participants at the gym told me she makes her spaghetti squash in the microwave.  This mysterious cooking method was something I had heard about in the past but was too scared to try it because I had visions of an exploding spaghetti squash ruining my microwave. 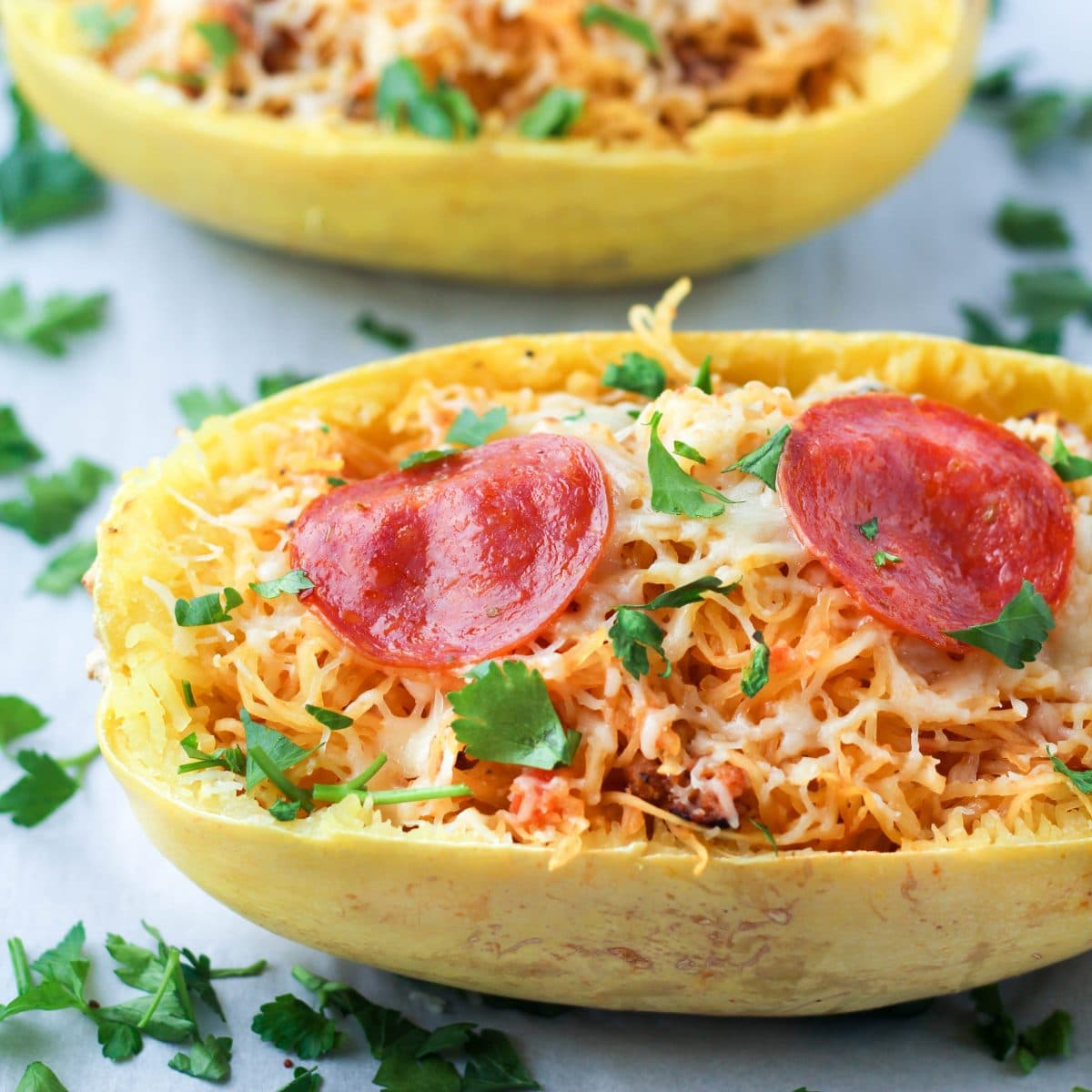 The thing is, I freaking love spaghetti squash but I hate the process of cooking it.  You generally have two options, both involve trying not to stab yourself while you cut a raw spaghetti squash in half.  I bet spaghetti squashes are the number one vegetable responsible for kitchen injury, right behind butternut squash, which I gave up dealing with eons ago

I only buy the cubed stuff, because I don’t have time for that nonsense.  Spaghetti squash though is like gods gift to those of us trying to a bit a healthier.  You can treat it like pasta, add tons of flavor, and still eat a boatload of vegetables, pun intended.

Of course, that little gift comes with the consequences of trying to pry it apart without killing yourself, even with a really sharp knife it’s challenging. 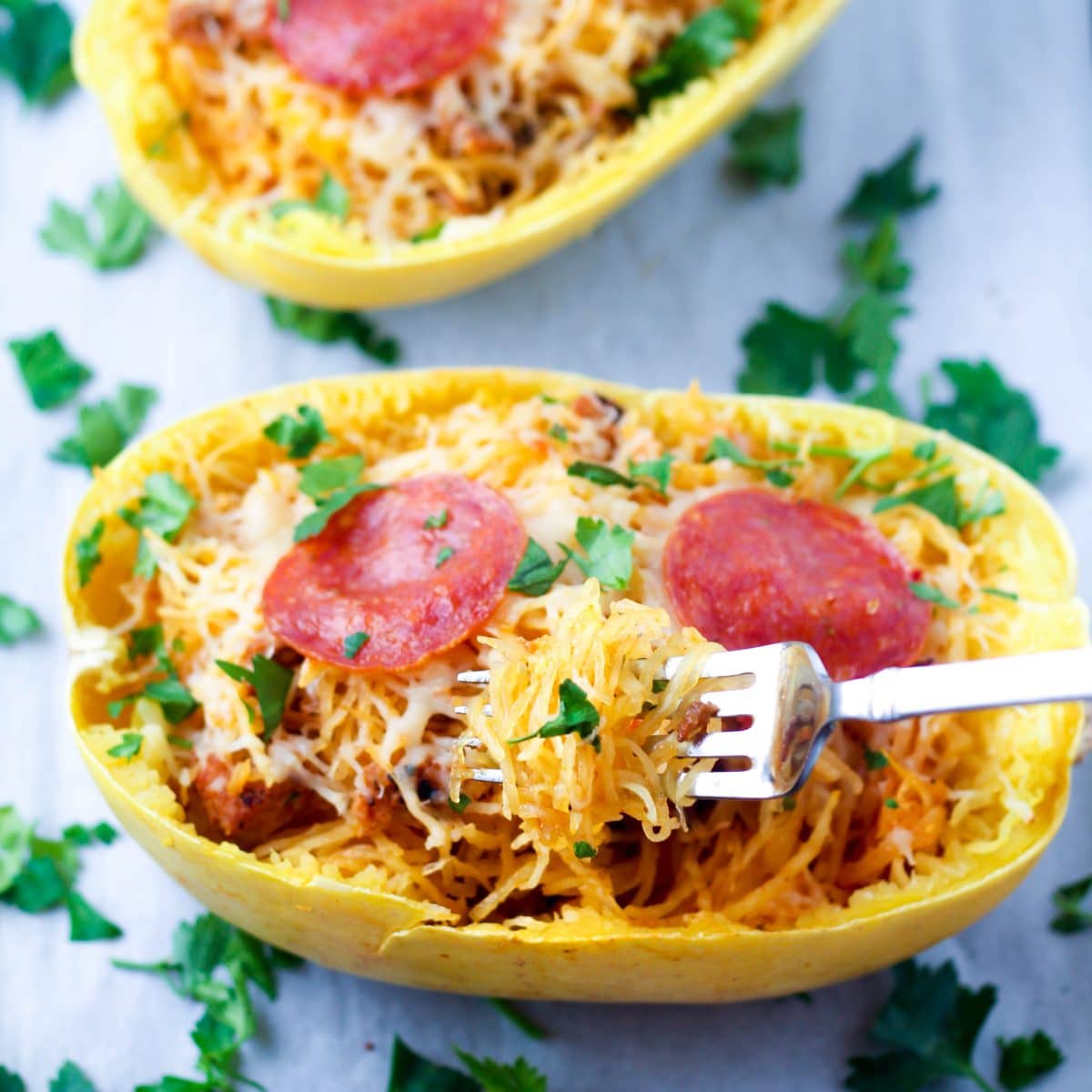 So, in the effort to make spaghetti squash a little more manageable, I did some research to see if you really could make the whole thing in the microwave.  I mean you can microwave a potato right?

I found this post explaining how to do it and then kind of did my own thing to ensure I had super pretty halves.  I was so excited it worked, I was practically gitty, like a little kid that had just discovered some secret they were previously forbidden from, like where the candy is hidden.

From there it was smooooooootttttthhhhhh sailing….to pizza spaghetti squash land.  So there you go, one dish Monday WITH PIZZA FLAVOR! 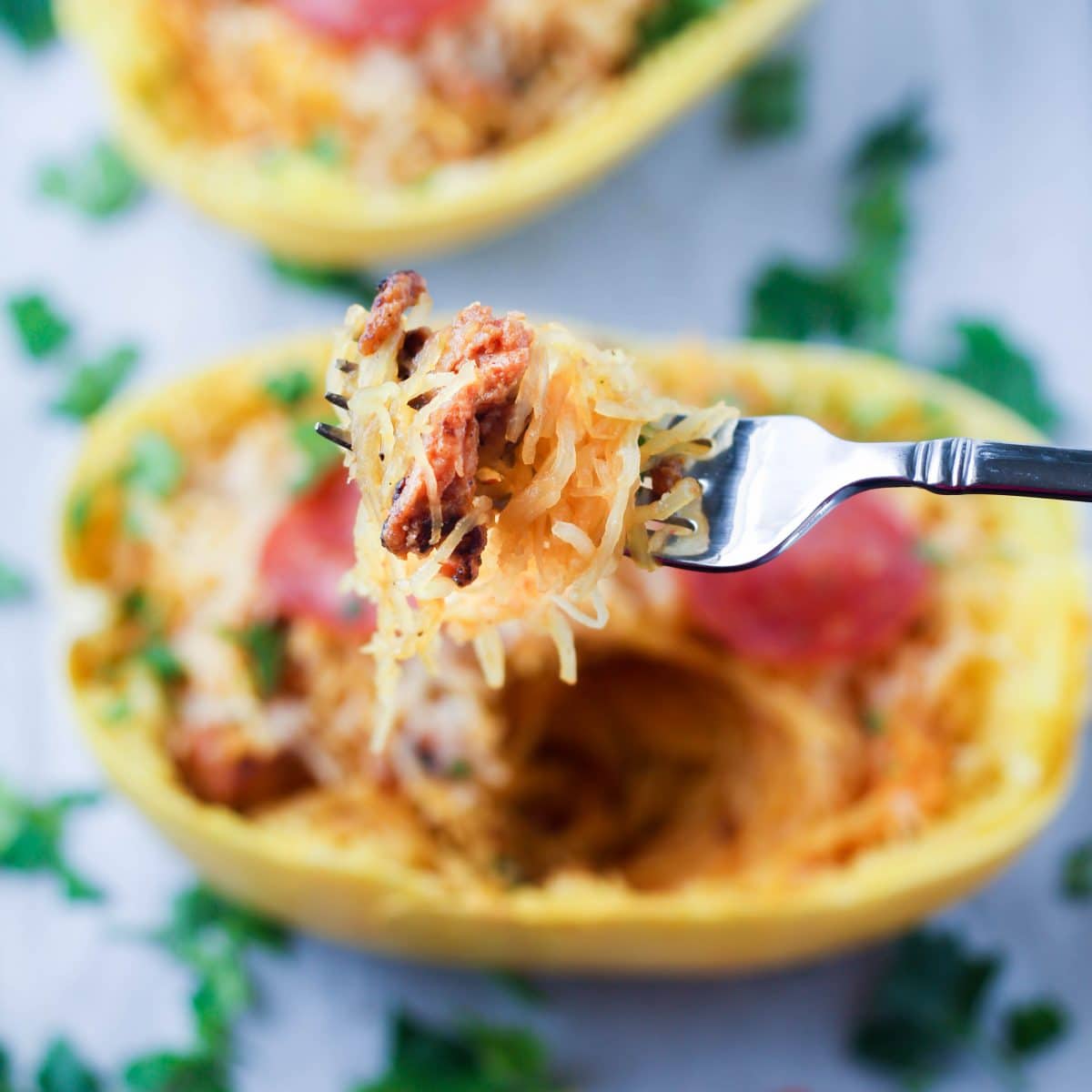 So we had the southwest gas guy and the appliance guy walking through our extremely messy house, seriously so freaking embarrassing, we look like total slobs.  Why do things like that always happen at the worst possible times?

Then we rearranged our living room, including condensing a million of Mr. Hungry’s DVD’s into one DVD case which took FOREVER!  Post water heater replacement I did finally rearrange my blog cabinet to a more accessible cabinet space.  Oy Vey!

Not signed up yet? What to Eat? Meal Plans! are balanced, healthy, gluten-free meal plans designed by a Registered Dietitian (that’s me!) to make healthy eating more convenient. Plus they include delicious recipes from Hungry Hobby like this one! Learn More and Sign Up for a FREE Week!

Print Recipe Save RecipeSaved!
5 from 5 votes

*If you can’t find ground chicken or turkey that is already flavored, use plain and add 1/2 tablespoon Italian seasoning. 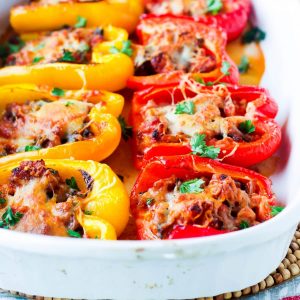 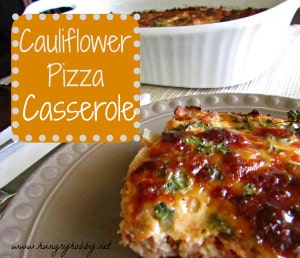 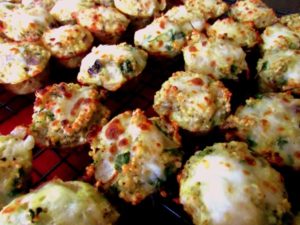