Man I can’t believe it’s Thursday already, I don’t know why but I feel just as relieved as if I had a full time job. I woke up this morning and took Paul to the airport around 6:30am. Yep, we’ve been living together since Sept 1st and still have not spent a full weekend together! Bachelor Party one weekend, bachelorette party the next, and now he is on a work trip. On one hand that has been tougher, but on the other hand easier. We are both pretty strong headed and having been living the “long distance relationship” life for so long now it has been a little tough adjusting. Although, to be honest, not quite as tough as I had expected. Maybe because we have lived together before or because I was prepared for it to be a little challenging, but either way we are doing well. In any case, I am by far happy to be home and will miss him this weekend that is for sure. After I dropped him off at the airport I went to Starbucks for a study session motivated by coffee and breakfast. 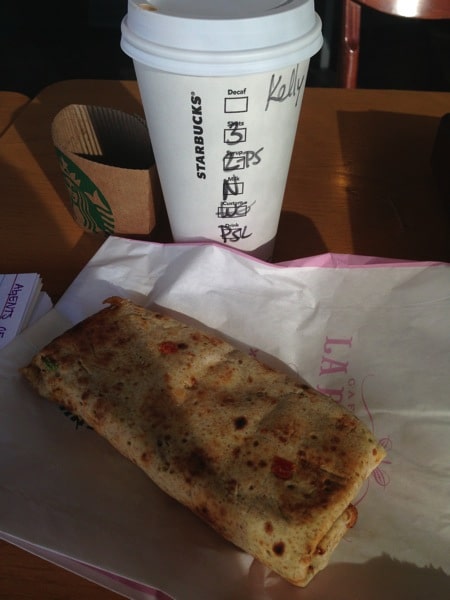 Can I get a “spinach feta wrap” and a *inhale* “Grande Non Fat No Whip 2 Pump Pumpkin Spice Latte with an extra shot…” yep, I’m one of those people. Oh well, thats the price you pay to take a 380 calorie drink down to 200. 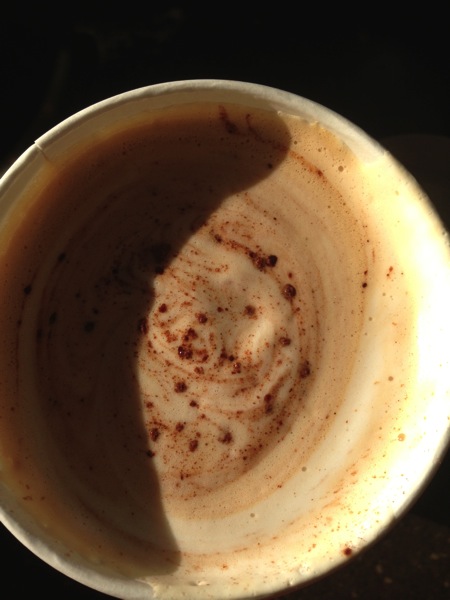 The breakfast was actually a little too filling for me, it lasted me through 4.5 hours of studying plus an hour of yoga (60 minute Hips and Hams class from Yogadownload.com)

Then I heated up the last little bit of leftovers from dinner the other night.

I did not snap a picture of todays meal because I am not about to subject the blog world to pictures of three day old leftovers (although it still taste bomb), but I have the pretty pictures of when I first made it! 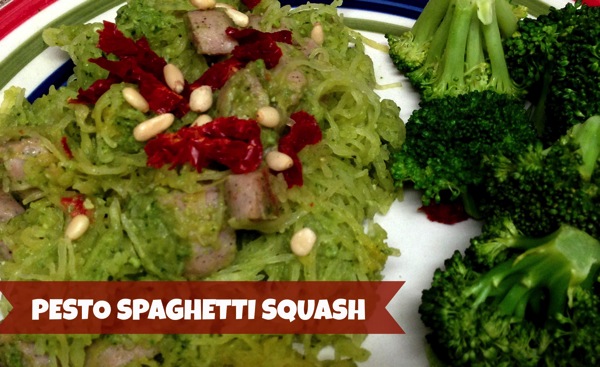 – 1 package broccoli or about 2 cups florets

1. Preheat oven to 350 degrees while you work on cutting in half one large spaghetti squash. *Tip microwaving for one minute can make it easier to cut!

2. Once you get it cut, place each half face down in a quarter inch of water in a baking dish and stick in the oven for 30 to 40 minutes. You want a fork to easily pierce the tough outside when they are done.

3. In the meantime make your skinny homemade pesto sauce (link to recipe here).

4. When spaghetti squash is done remove it from the oven and let it cool on a rack (good luck trying to handle a hot one of those anyways, it is impossible!) 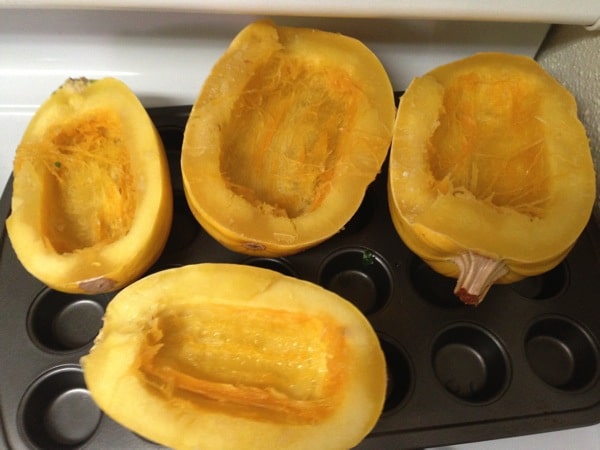 I was lacking a pan/cooling rack clearly, muffin tins work well in the meantime! I made two so I could eat one later on in the week, cook once eat and eat all week that is my motto.

5. Meanwhile, steam your broccoli (or whatever vegetable you want, mushrooms would be good in this recipe.) 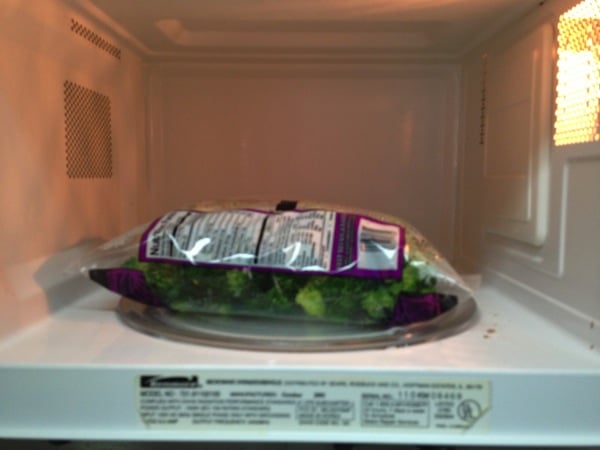 and slice your chicken sausage in half and then in pieces to brown using a tablespoon of canola oil. I like TJ’s because it is pork casing free (but not all of the chicken sausage flavors are so read the package if you are curious.) 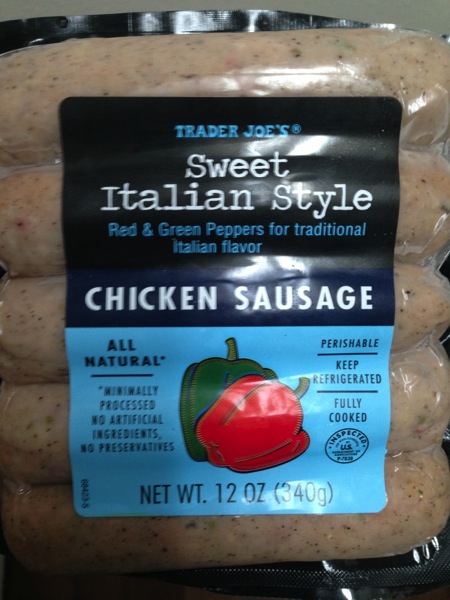 —> so missing my camera I lost last weekend, phone pictures are definitely not as good!

I have to keep medium heat since I have a stainless steel pan, so it took me around 10 minutes (including heating the pan time).. should take a non stick pan less than that. 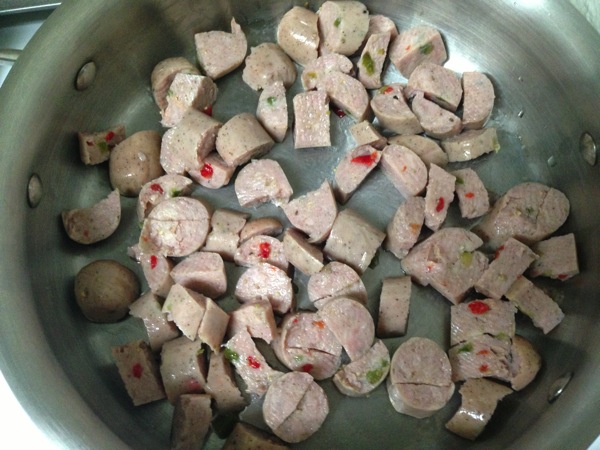 Once chicken is browned (sorry no pic) remove from heat and scoop in strands of spaghetti squash to your pan, toss with pesto and 1/4 cup of sun dried tomatoes. My intent was to mix in the broccoli with it, but the pan would not hold anymore so it became a side dish! Serve it up topped with more parmesan cheese, sun dried tomatoes, and/or pine nuts. Bon appetit!