Have you ever experience a weird mood, body, or hunger change mid-cycle and thought to yourself, “what is going on, I’m nowhere near my period?”

Being a woman is fun, isn’t it? 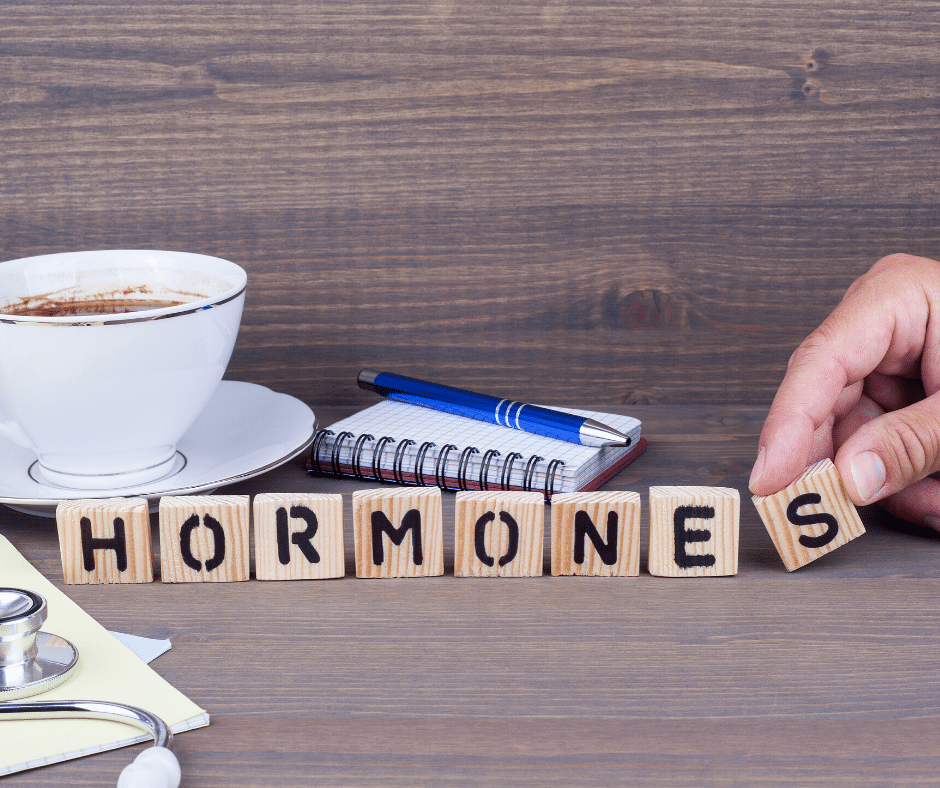 Sometimes ovulation can kind of mimic period like symptoms having you checking your dates and wondering why you feel, well, like you are going to start your period.  For me, personally, I don’t notice it too much anymore.  However, before I had my son (after not having a cycle for four years thanks to the pill and other factors), ovulation would knock me on my butt, literally.  I would need a 2-3 hour nap to get through the day.

If you’ve ever been pregnant, the fatigue I had during “ovulation” was similar to the soul-shaking fatigue you may have felt at the beginning of pregnancy.  The type that makes you lay down on the floor wherever you are and go to sleep.

After four years of amenorrhea, I experienced that same unfathomable fatigue for ten months every ovulation until I got pregnant with my son.  Then I experienced it all the time for close to 20 weeks, ya me!

Despite having some challenges with weaning, I’m so glad things have balanced out a bit since then.  Still, I get asked all the time about changes my clients experience during ovulation and how to handle them or even get rid of them.  So, let’s talk about what’s normal first.

The chart below explains why ovulation can feel like a period before your actual period.  But first, let’s talk about what we mean when we say “ovulation.”  What science means and what women mean when they say “I’m ovulating” are two different things.

Many women I work with will say statements like “when I’m ovulating, I feel X.” X could be tired, sore boobs, hungry, not hungry, etc.  Technically, ovulation refers to the release of an egg from a follicle on your ovaries.  It’s a second long event, not a couple of days like we commonly refer to it.

Instead, what we mean when we say “I’m ovulating” are the two days before and after the hormone surge (including LH, FSH, and Estrogen), because we can only confirm when ovulation has occurred after the fact by checking the Basal Body Temperature.  However, the two days building up to ovulation and the two days after are very different hormonal profiles.

Depending on if you are right before or right after ovulation, you might have different bothersome symptoms. 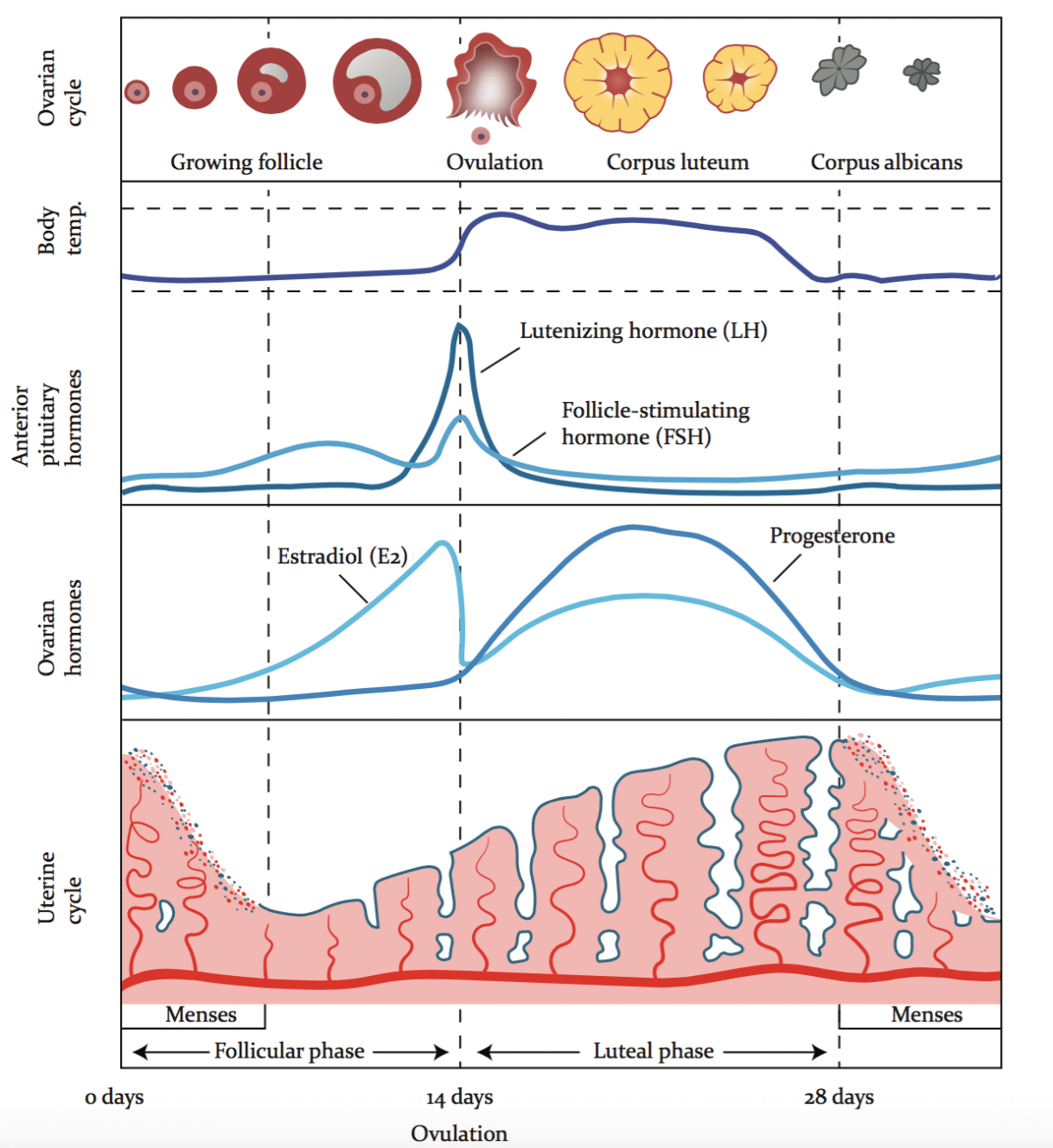 As I explained in my menstrual cycle changes post covering appetite, training, and nutrition tips throughout the menstrual cycle, estrogen is an appetite suppressant and mood lifter. Estrogen’s job is to promote activities that lead to gene transmission.  AKA sexy time activities increased, and all other activities, like eating, are pushed to the back burner.

Therefore, you may experience less hunger as you approach ovulation.  However, as I already mentioned, it can take 24-48 hours for ovulation to occur.  If you continue to feel less hungry, even if you’ve seen signs of ovulation, you probably just haven’t quite ovulated yet, or the estrogen is still high in your system. 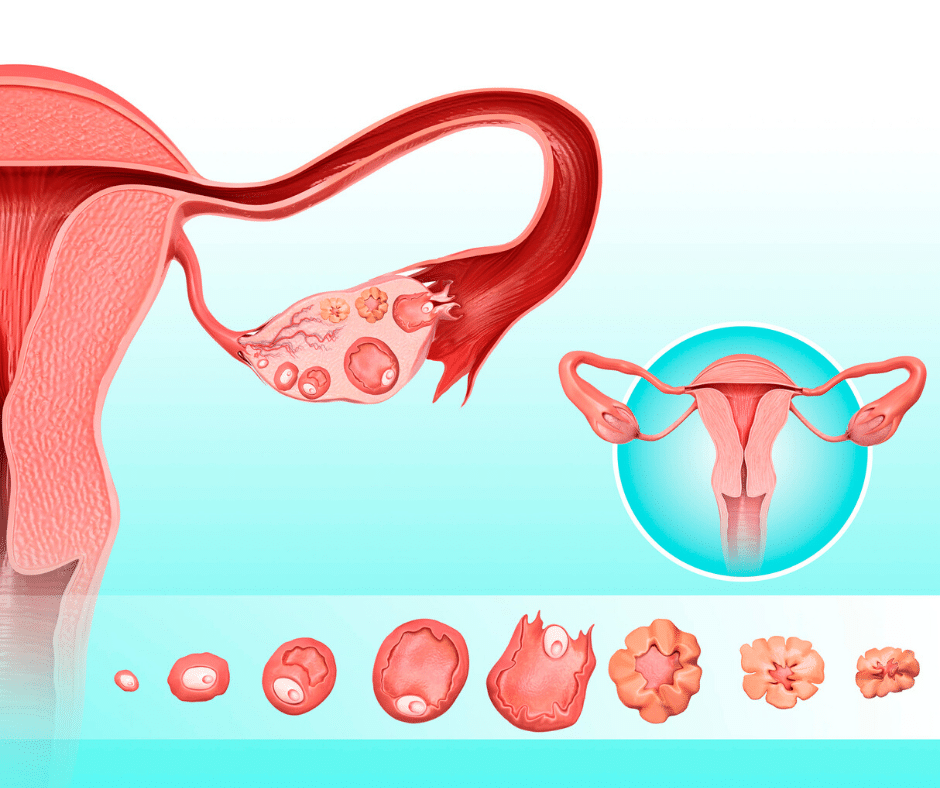 Then, the drop off of hormones that occurs after ovulation can have different effects in each woman. Fatigue, headaches, nausea, increased or decreased appetite, breast pain, and spotting are all 100% normal as long as they don’t last for longer than a day or two. In other words, if you google whether ovulation causes a PMS like symptom, the answer is probably yes.

Hormones have universal effects in the body, which means they don’t just act on our reproductive system.  Hormones work in different ways throughout the body on many different body systems influencing everything from metabolism to mood, smell, and more.

I recommend the book This Is Your Brain On Birth Control if you want a clearer picture of this.  I recently listened to it on audiobook, and it was like, MIND BLOWN type info.  (For the record the book is by an evolutionary psychologist that’s neither for or against birth control, her research is pretty interesting. She is clearly unbiased in her presentation of research findings in her field.)

Right after ovulation, progesterone begins to take over.  Progesterone is an appetite enhancer, and its job is to nurture a potentially implanted embryo.  So it’s going to tell your body to find food, shelter, and rest to support that growing embryo.

By a few days post ovulation, the estrogen and progesterone ratio should balance out a bit, though making you feel more balanced and centered.  At least until week 4 when you get close to your period again, and round 2 on the hormonal drop off occurs.

Can you do anything to balance them out?  To my knowledge, most of the research focuses on increasing odds of ovulation occurring, not on alleviating corresponding symptoms.  My advice is to recognize your patterns and what’s normal for you.  Seed cycling might be an option and definitely won’t hurt! Also, BE CAREFUL!  Studies have found women to be stronger during ovulation, but more prone to injury!

If weight loss is the goal, you still need to listen to your body. If you find your dealing with crazy hunger levels, focus on getting enough rest, protein, and produce.  Don’t try to “just ignore” you can’t fight mother nature and win.

Their use of carbohydrates and fats will vary as well. It’s pretty remarkable. For women who are naturally cycling, intuitive eating is an incredibly vital tool to have in their belts.  Allowing yourself to eat more when hungrier and eat less when you aren’t as hungry is a simple research-backed way to maintain weight.

Taking care of yourself and honoring your body will help you keep everything in check more than fighting it.  What you do over that 48 hours is less significant than what you do over the whole month.  Also, keep in mind that ovulation, albeit annoying if you have a ton of symptoms that are coming along with it, is a good thing.

Whether you are trying to get pregnant or not, ovulating monthly says that you have a working reproductive system and healthy hormone levels.  That’s a good thing for overall health, not just your lady parts!  Remember, those hormones act on more than only one body system!

Do you experience weird symptoms during ovulation?