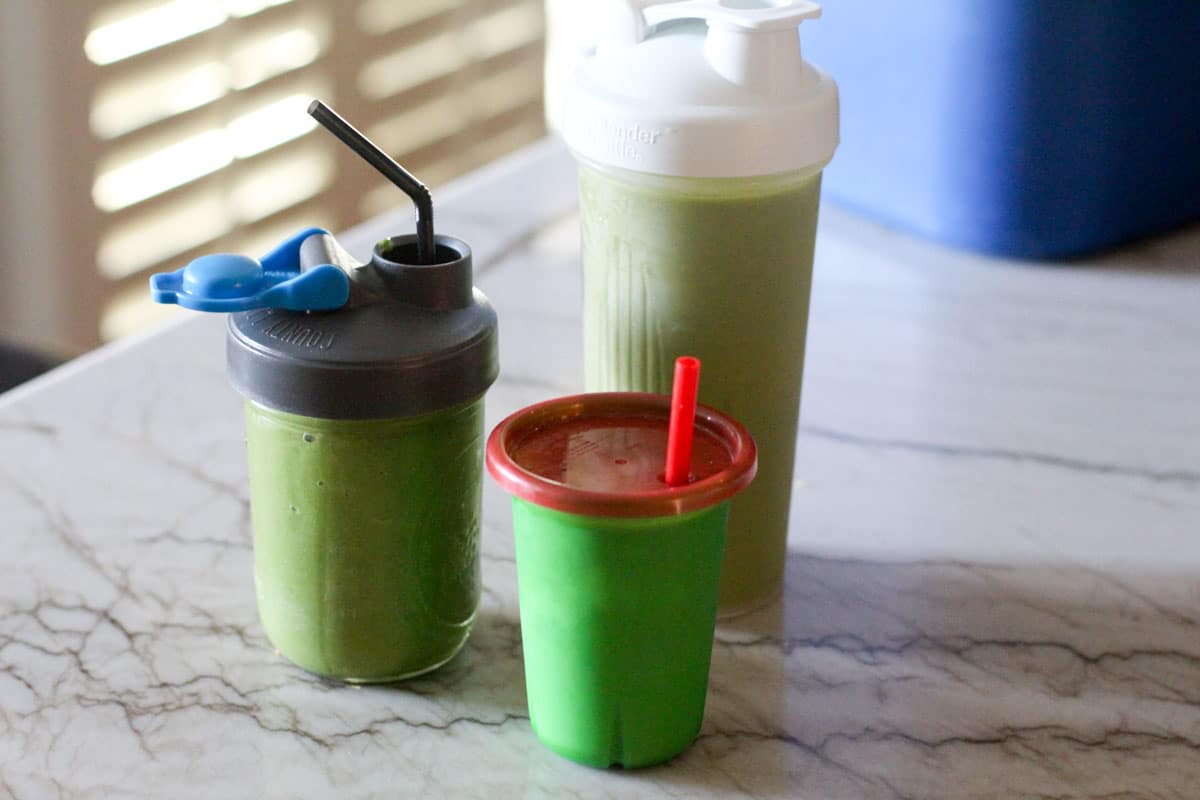 Happy Memorial Day friends! I’m just popping in with this little round up of smoothie recipes, then heading out to the pool.  Thanks for stopping by today!

Whenever I talk about Smoothiebox, the most common question I get is, “do you add anything to the smoothies?”

For myself, no, I don’t alter them.  I add stevia drops and an extra handful of spinach, but other than that, I drink them as is.  I think the point of it is that it’s easy to add a boatload of veggies and fruit to your smoothie in one swoop (the packet) without getting a million things out of the fridge. Convenience is a huge draw to them for me.

That being said, they aren’t super sweet, hence the stevia drops. You’ll notice this more if you use the collagen packets vs. a flavored protein powder.  Flavored protein powders can add a lot of sweetness to a smoothie without you even realizing that’s what’s doing it.  On the flip side, many people hate the taste of protein powder and prefer collagen.  It’s totally your preference.  For me, I like it either way!

And the extra spinach is because Mr. Hungry insists I add extra spinach to his, so why not add it to mine too?  Now that I’m back on the seed cycling train, you may find me adding in flax seeds or hemp seeds in the first phase of my cycle, but usually, I just make my seed cycling energy balls. 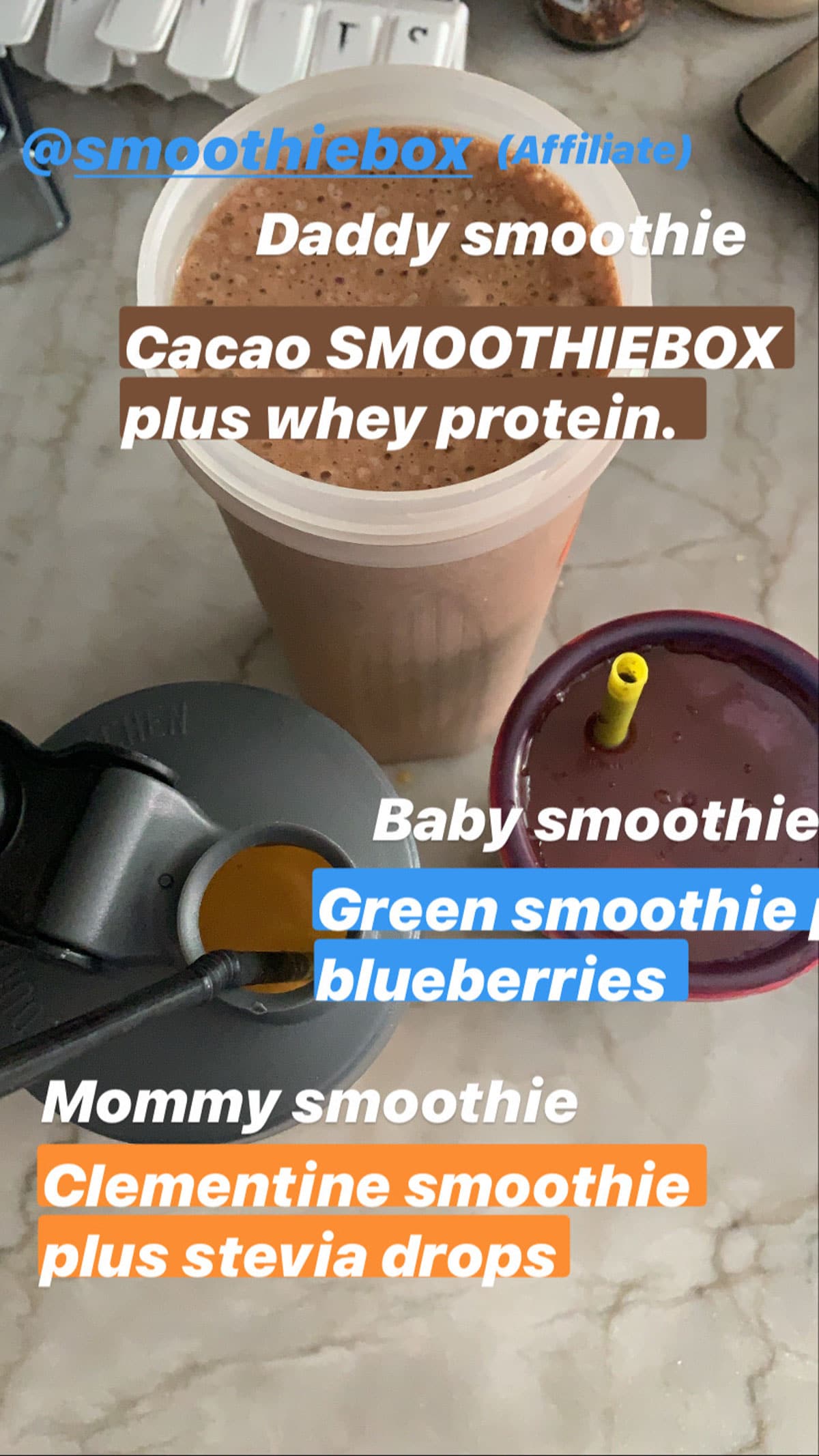 However, when I make the smoothies for Mr. Hungry or the Baby, I do add more things to the smoothie packets.  So I thought I’d share those “recipes” for y’all and for anyone who asks me in the future so that I can direct them to this post.

First, for those of you who are like what the heck is she talking about?  Smoothiebox is my favorite smoothie kit delivery company.  I love it as a Dietitian because of the balanced macros and nutrition punch it offers. I also like them as a person like anyone else that wants convenience and good tasting food.

For more questions on Smoothiebox, check out my full review.

Okay, now that we have that out of the way.  Let’s get to it.  Here are my “non-recipe” recipes for my Smoothie Box Packets.

The extra protein really makes this smoothie a HUGE smoothie! 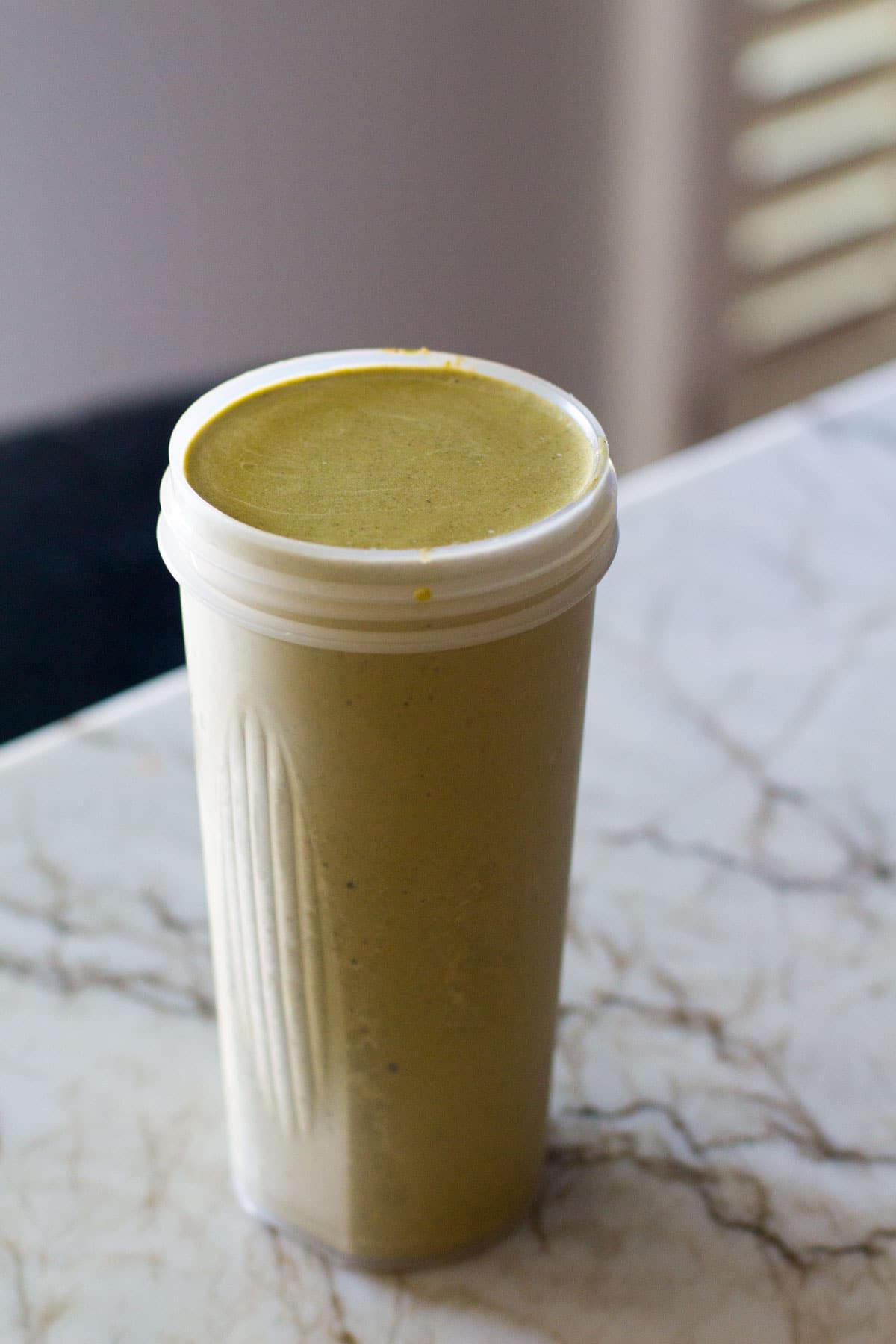 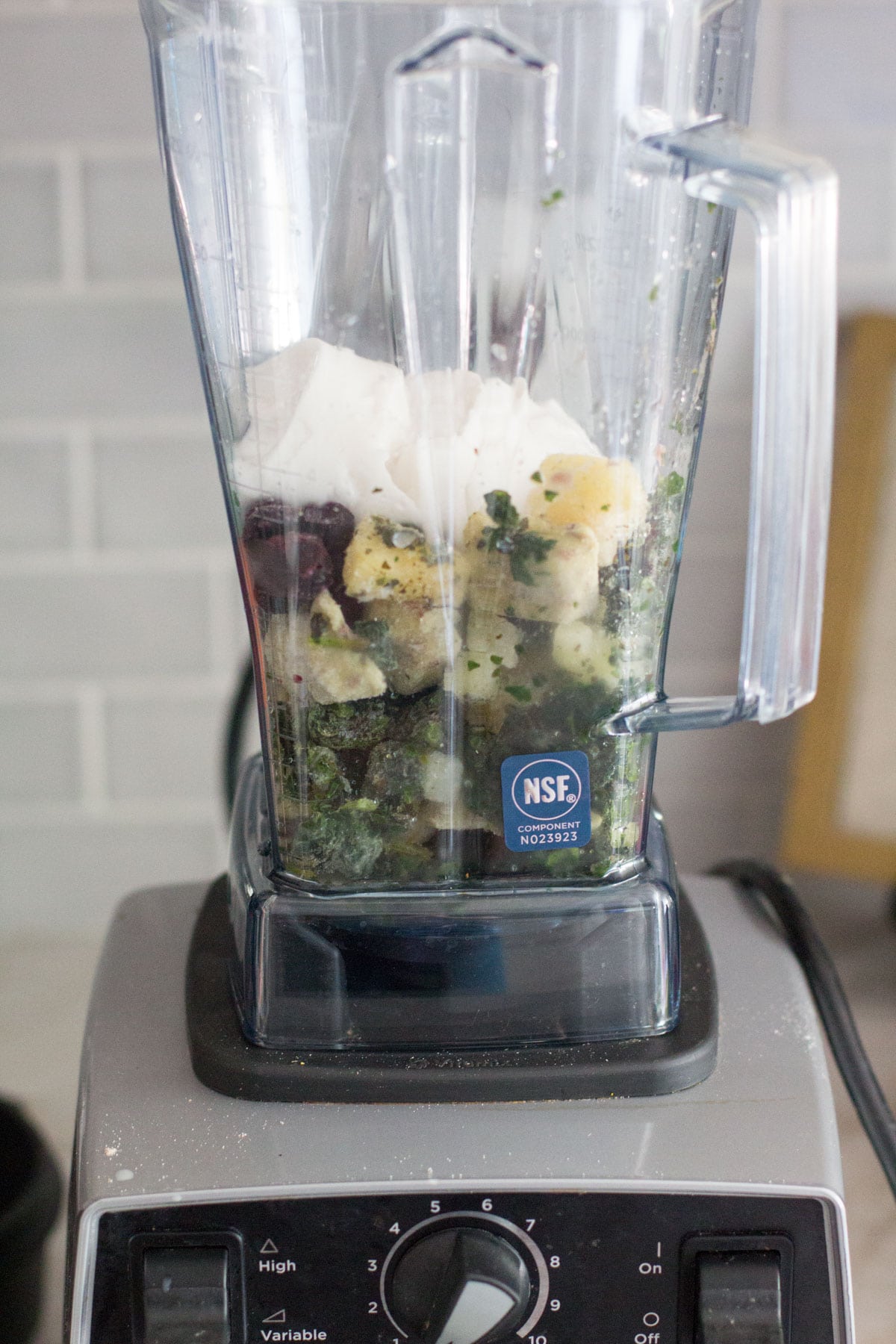 This recipe makes two smoothies – he eats one, and I freeze the other in a small glass jar.  When he is ready to have it on another day, I just pop the lid off and microwave it for 45-90 seconds, stir and pour it in his cup! 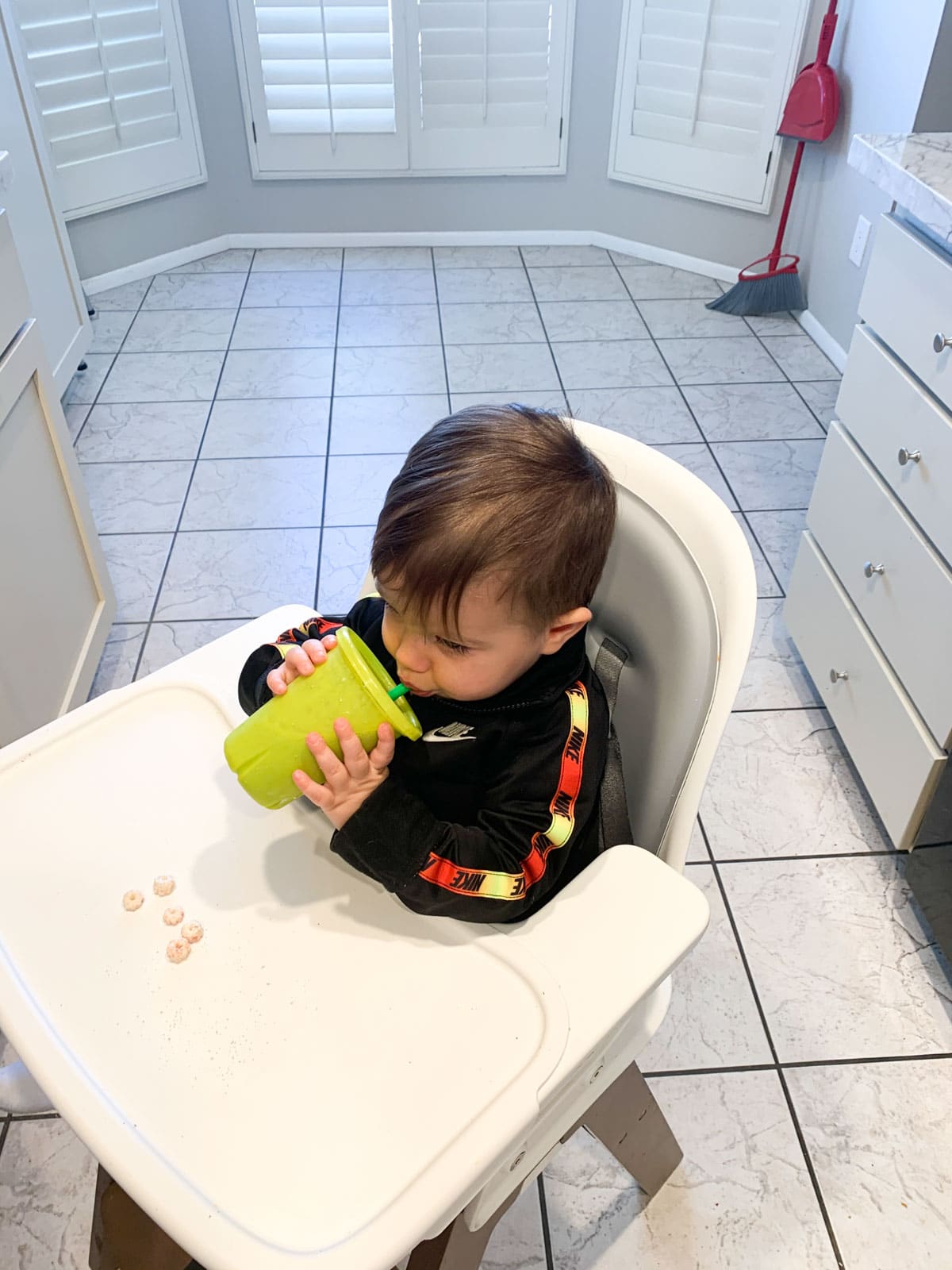 This recipe makes three smoothies, and I freeze the other two the same way as before.  I make this one when we are out of yogurt. 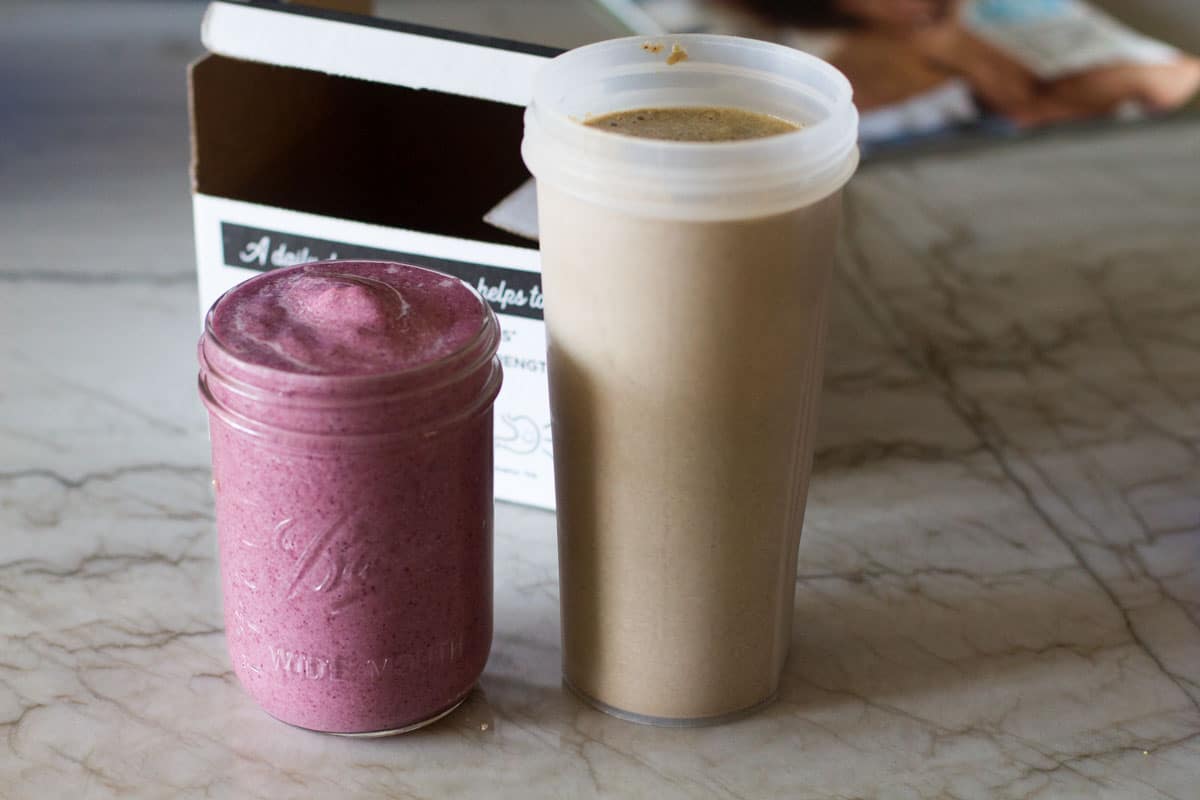 I like them all but, my favorite smoothies are the berry smoothie and the cacao smoothie.

That’s it! If you order from SmoothieBox, do you have any Smoothiebox “recipes?” Share in the comments!