Over the weekend Nala turned two years old, I can’t believe it. 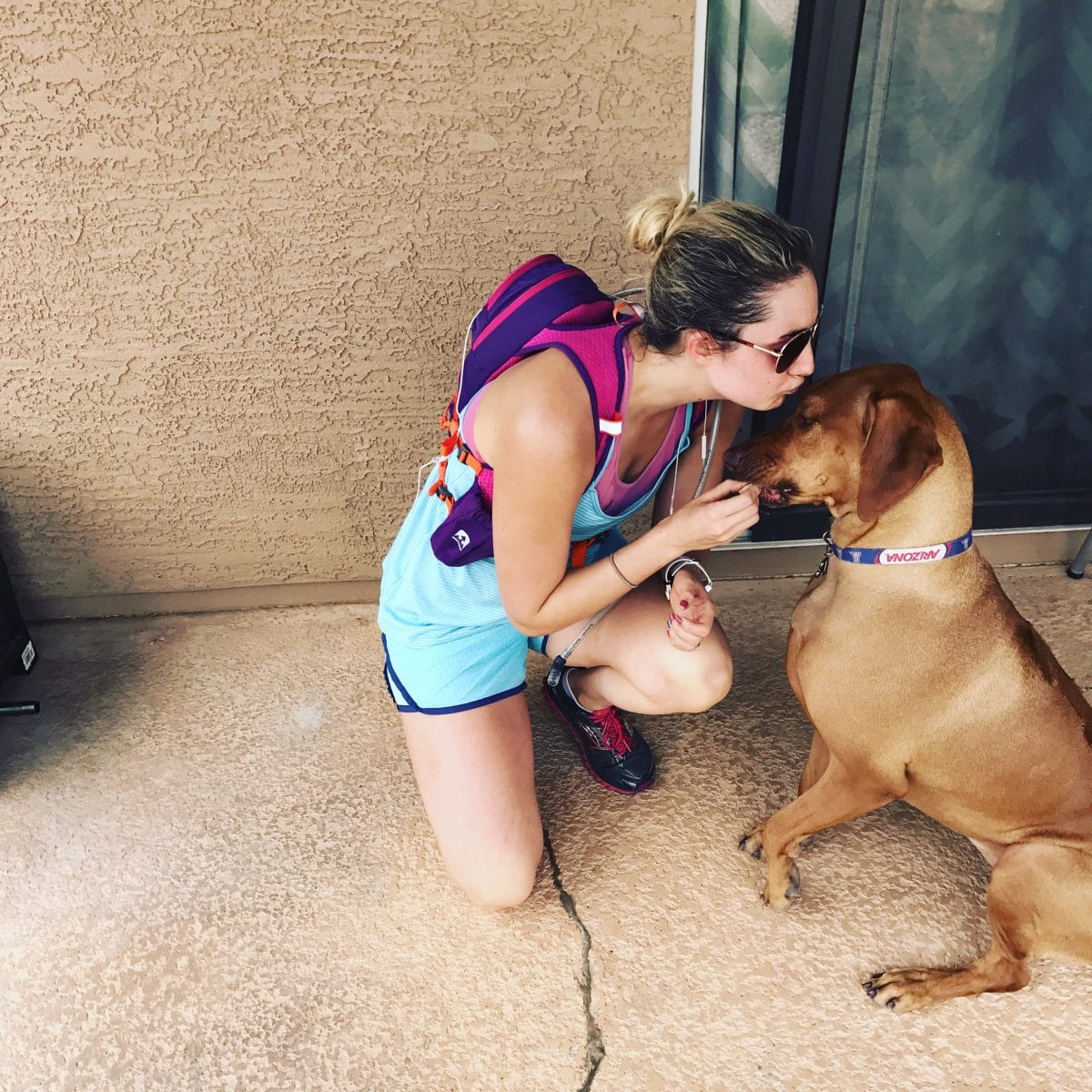 My little buddy has turned into an 80lb gentle giant that I couldn’t love anymore.  Who else enthusiastically wants to go with you on a long run on THEIR birthday?   Only a dog. 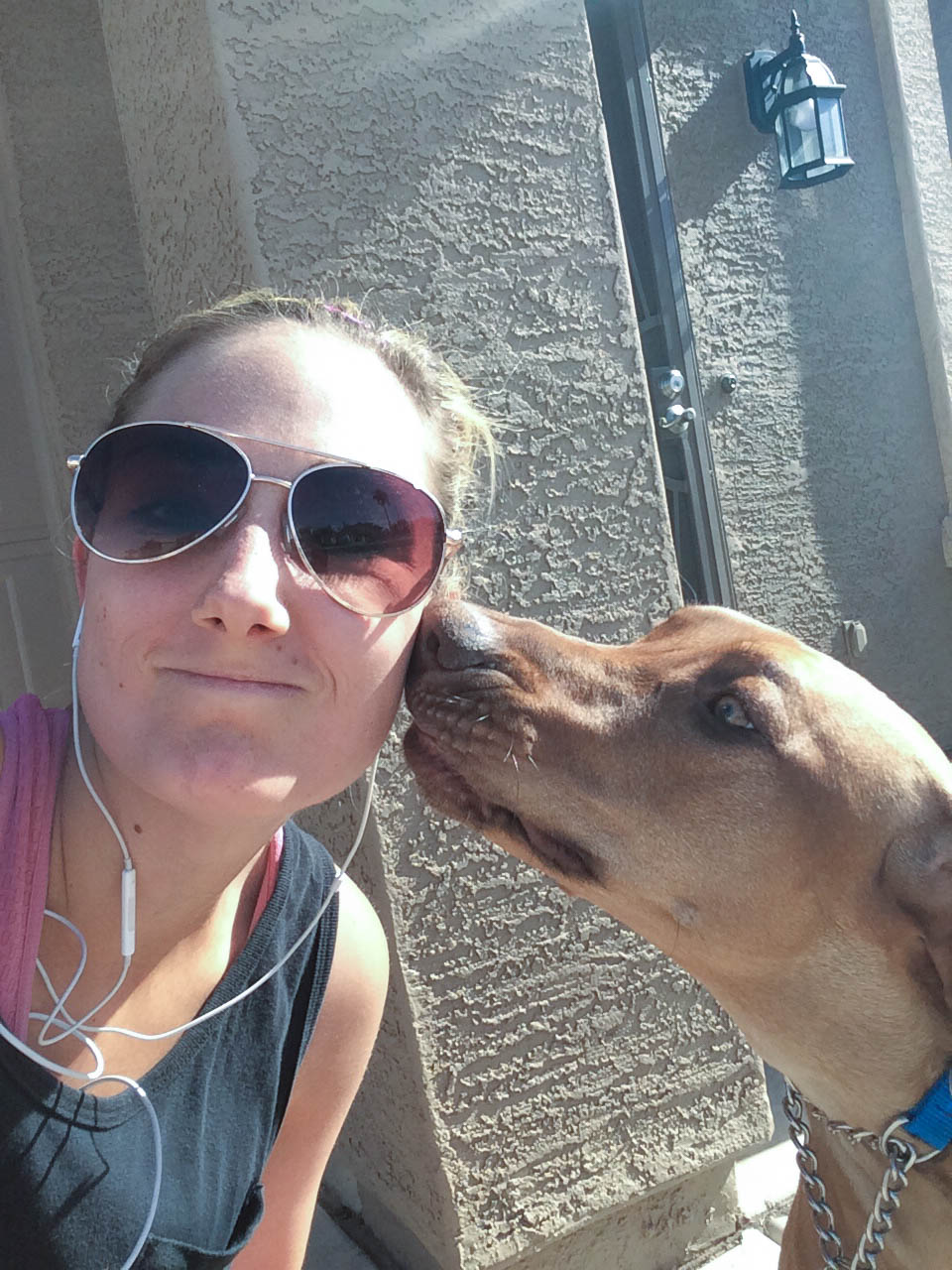 She transformed from an energetic puppy to a lazy dog before I even knew it.  Although it seems we may have had our hands full from the start.  I’ve met a few puppy Rhodesian Ridgebacks at the dog park who were NOTHING like my Tazz maneen devil of a dog. These puppies were more reserved and less interested, nothing like my Nala.  Nala is interested in everything, she loves people and dogs so much she can barely contain herself since she was a puppy, and nothing has changed. 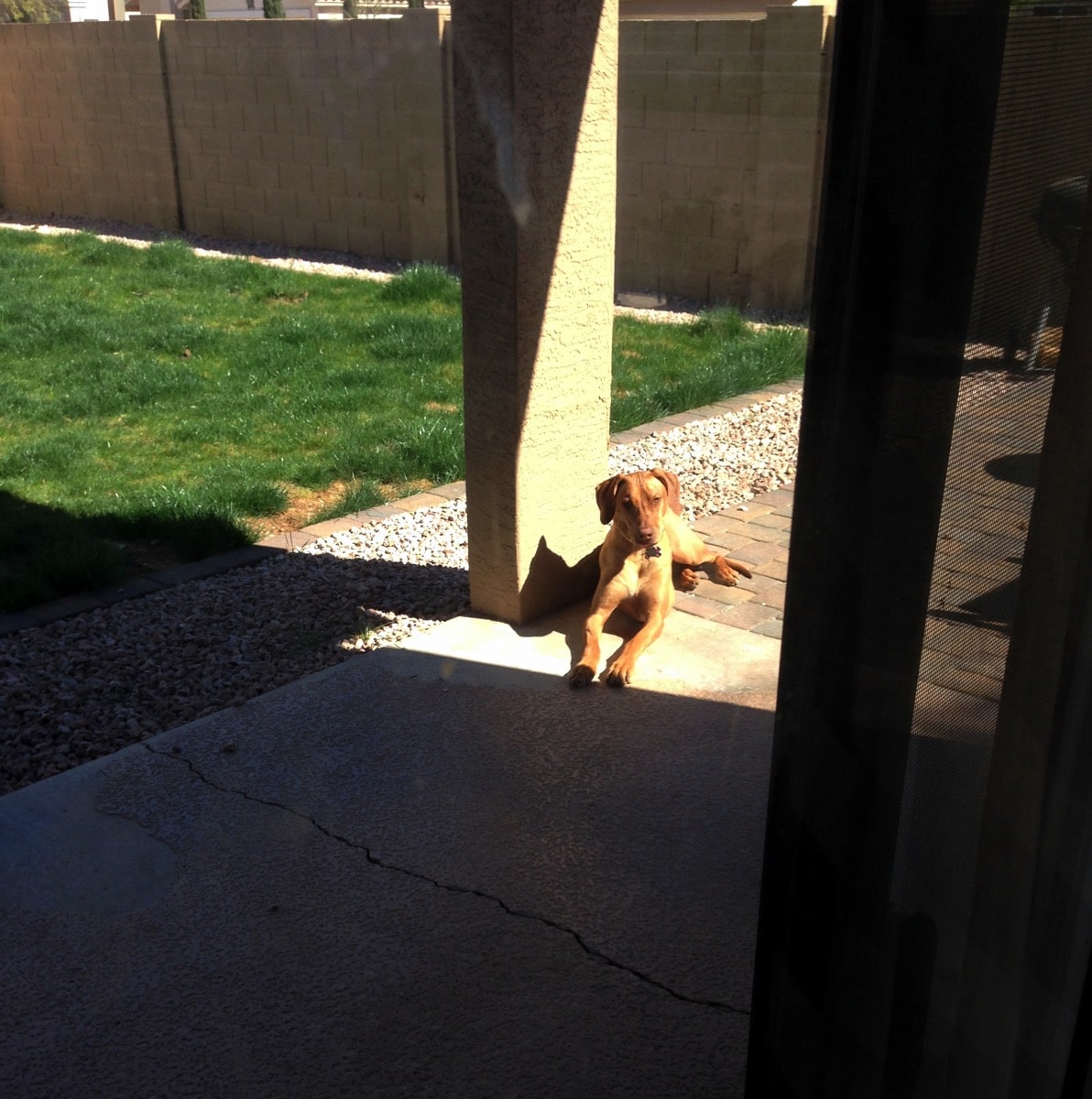 Except now she does more lounging in the sun and on the couch than she used too.  She saves her excitement and lets it explode all at once instead of consistently bounding around like she is possessed.  You may remember that last summer she went back to training, which was more than challenging but totally worth it.  She learned to get a hold of herself on a leash and stay close to me when I ask her too. 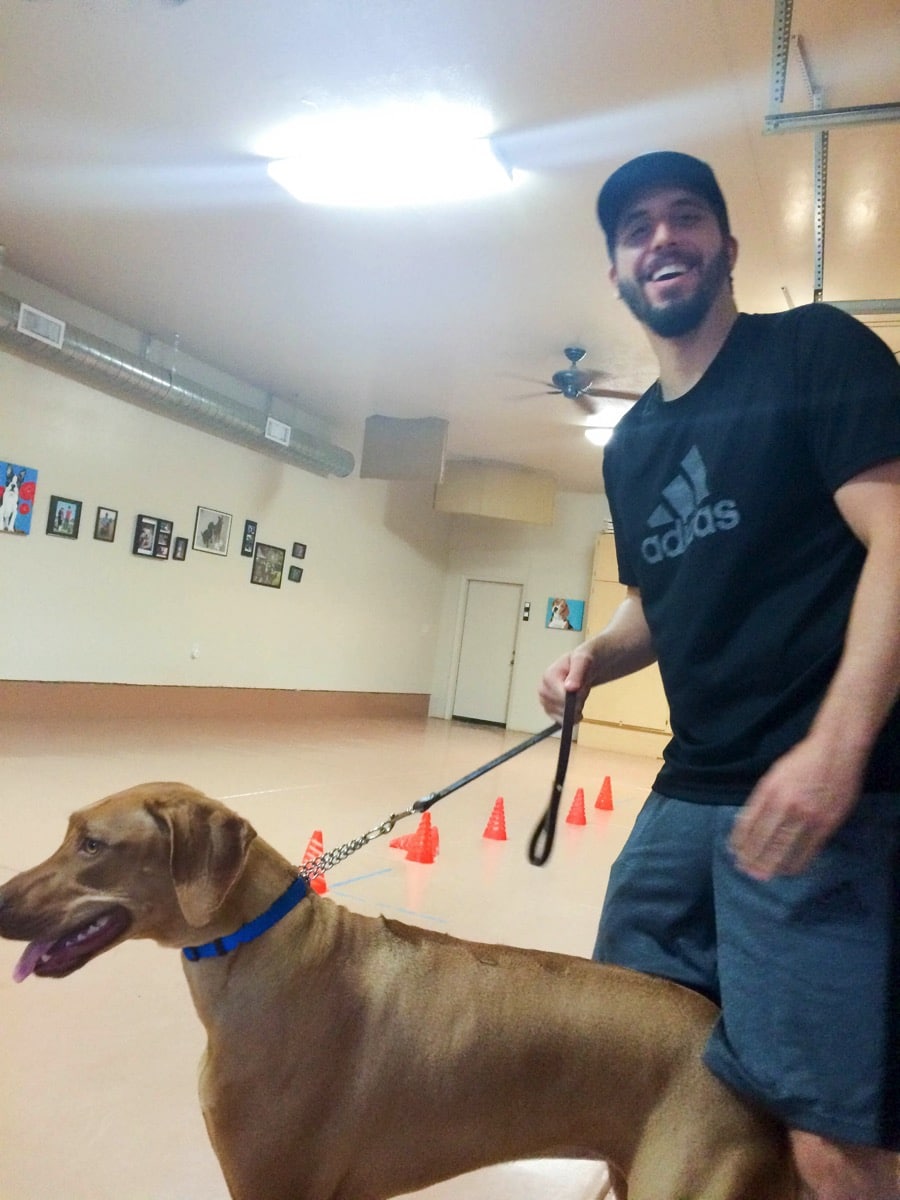 I wouldn’t say she is perfect, she’s 14 in dog years and she acts like a rebellious teenager, especially around Missy.  It seems that Missy has figured out Nala is not going to hurt her and isn’t going anywhere.  In fact, I think she might have figured out Nala is a bit afraid of her, so Missy is doing less hiding and hissing.  She comes downstairs and hangs out with us at night, Nala is passed out without a care about the cat. 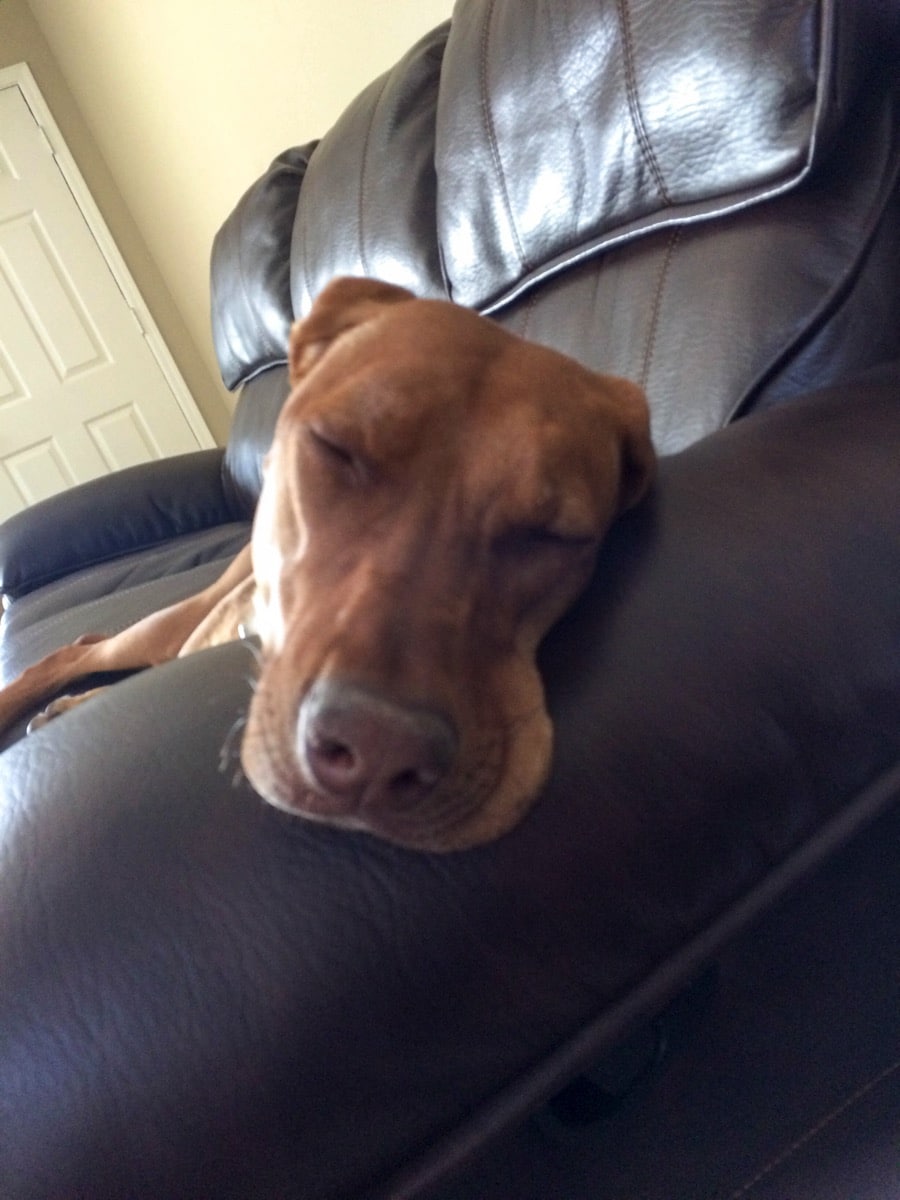 When she is awake enough to care about the world, not sunbathing, or bothering the cat, she loves wrestling with her daddy.

Or taking everything out of her toybox just to put it back in.  (All toys from Bark Box we love it.)

Every night she tries to sleep with us, but we don’t let her because Missy needs a haven at some point in the day.  So, most nights she now sleeps on the couch where she doesn’t move until I feed her in the AM.  Some nights she sleeps in the kennel because she is too anxious to sleep by herself on the couch.

She still doesn’t do a ton of tricks, but we’ve got shake down still.

She barks about once a month; it always surprises me when it happens because it’s so deep and scary.  Usually, it’s at a car driving by, why that car and not the billion others that drove by that month, I have NO idea.

She still occasionally grabs things she shouldn’t, like shoes.  She does this more when we have company because she wants attention, other than that we seem to be mostly past that phase. Thank the Lord.

Her favorite foods are peanut butter and banana, just like her momma.

Her favorite hobby is sleeping and snacking, just like her momma. 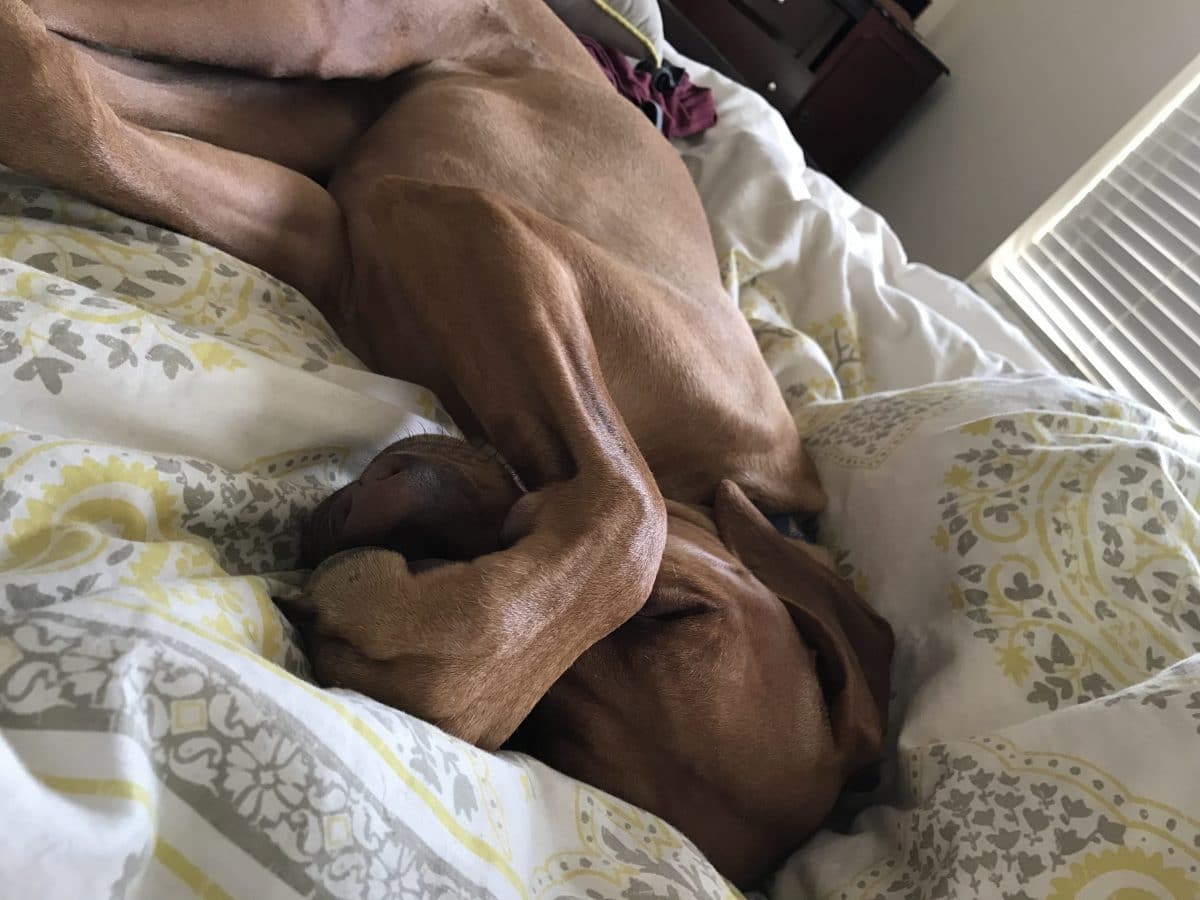 Mostly she is my gentle giant and cuddle bug; I don’t know what I would do without her.  I can’t wait for many more running birthdays to celebrate!

+ every business book in the world says my Ridgeback Pinterest Board has nothing to do with my business and I should delete it or make it private, but I refuse.