So here is something we haven’t done in a while, a coffee date! 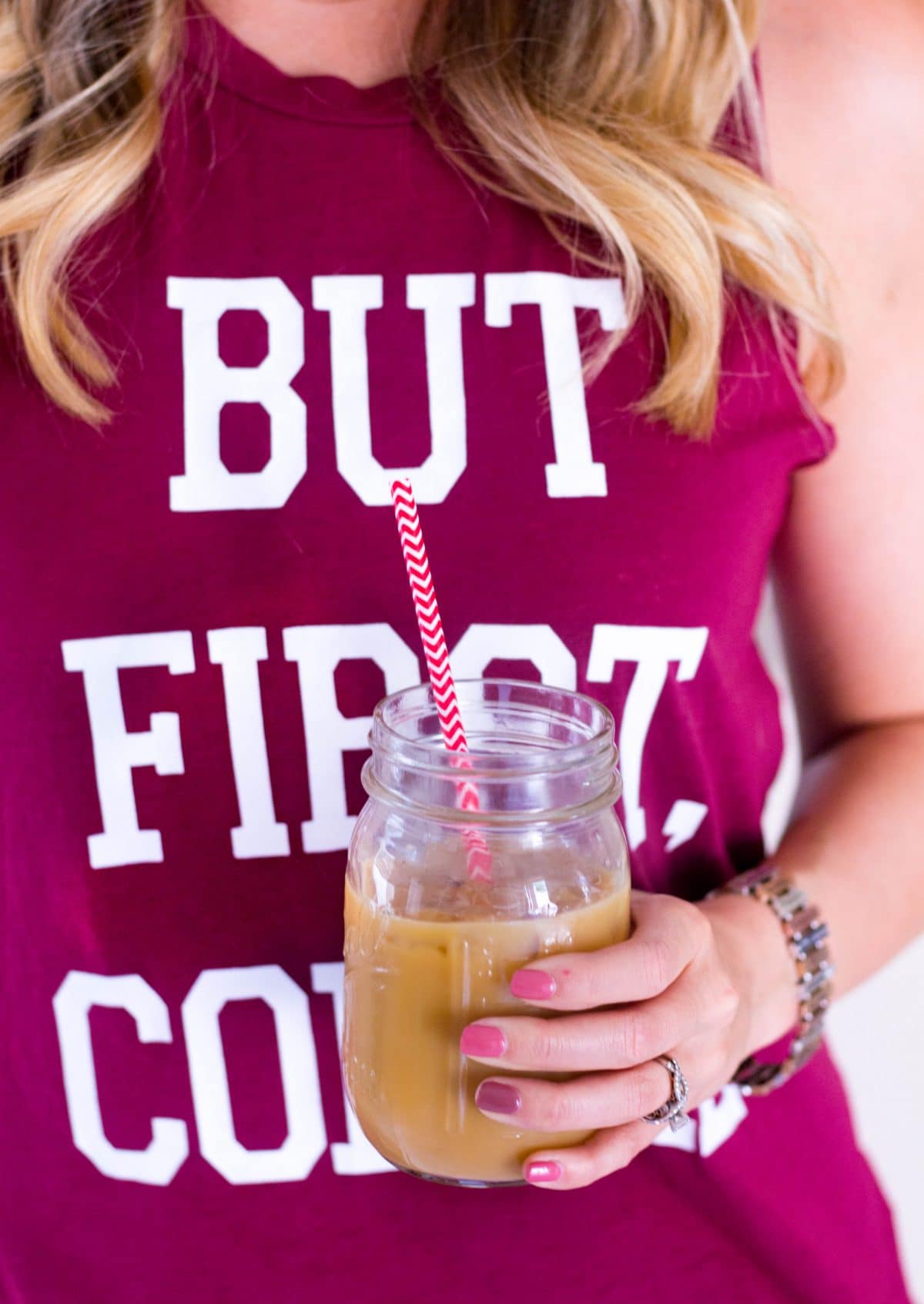 Still drinking iced coffee over here, but thankfully the weather is finally cooling down!  What about you?  Hot coffee or iced?  Do change depending on the weather?  I’m ALMOST ready for hot coffee.  However, my Keurig isn’t accessible quite yet.  Well kind of… 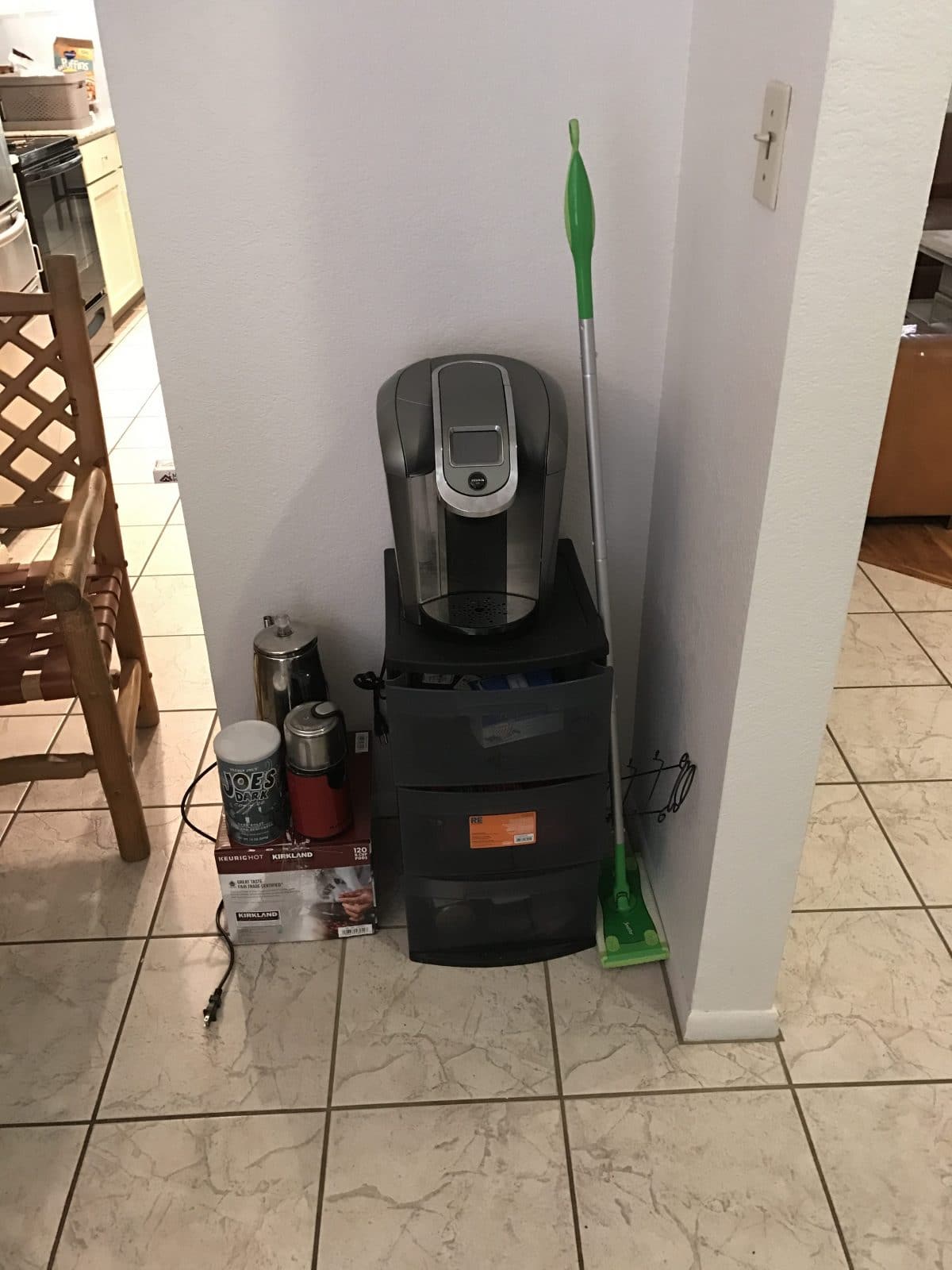 I know, I really outdid myself right?  That shit is gonna go viral on Pinterest.  Just kidding, but maybe someday when my dream coffee station is in this little nook. Overall the move went, okay.  Thanks to all of you who sent well wishes and good luck our way, we needed it a bit more than I thought.  The move itself went smoothly. We used Just In Time Moving which I highly recommend.  They were efficient, professional, and the only thing that broke was one glass I packed like an idiot.  Keep in mind they moved us to the apartment and stored most of our stuff, then moved us from the storage unit and apartment to our new house.

Everything went well with them.  We had a couple of catastrophes during the move.  The main sprinkler valve blew which meant we had to turn off the water to the house.  The main sprinkler is hooked up to main water line = not so fun time without water in the house.  That actually happened on Friday the day before we moved in.  We thought we’d never find someone to get our water back on but yelp came through with the sprinkler company that saved the day.  The other thing that happened on Sunday was the guy came to clean the air ducts and apparently, the duct disintegrated on him because it was ducked tape together.  Fantastic, so now we have no dryer.  The worst of it all is the mosquitos though.  WTF, there are SO many!  I mean don’t get me wrong I’ll take mosquitos over demons (aka scorpions) hanging out in my closet, ANY day!  That being said I’d prefer not to contract Zika at this time.  If I was gonna, do that I’d go somewhere fun, like the Caribbean which we’ve been avoiding due to Zika.  Those of you that live in hot, humid places give me all your tips!  We are calling the guy to fog the crap out of everywhere soon.  They clearly don’t bother Nala though. Nevermind it’s 107 out, you just keep laying out there with the skeeters, knock yourself out. 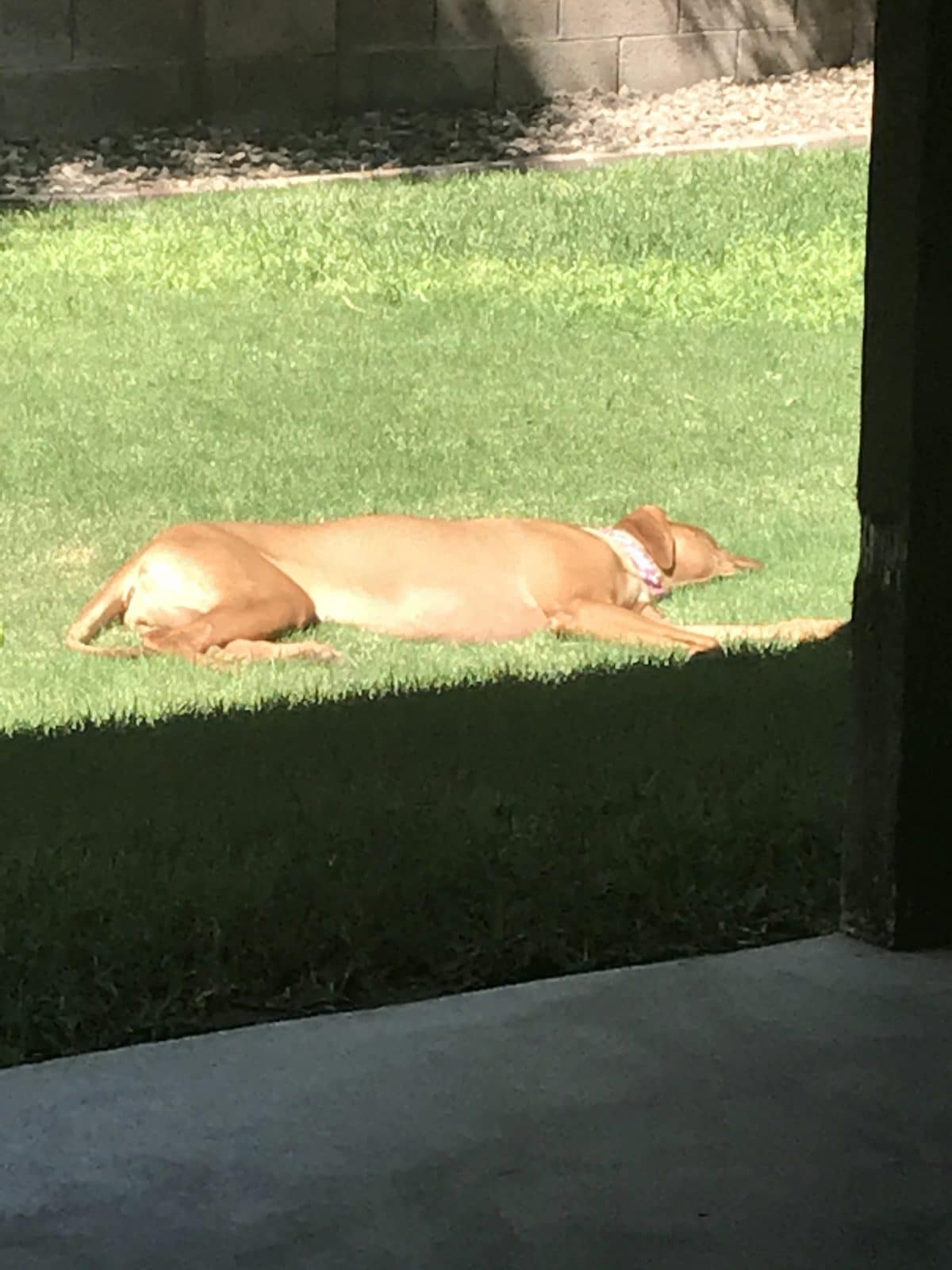 So all and all pretty good. Now we just have some renovations to finish up with.  We planned the whole time to build in an extra pantry in the kitchen and another structure in the dining room.  Almost like a bar area or built in the china cabinet for storage of blog stuff and nice glassware.  So right now, as I mentioned the other day.  The limited counter space (it’s a galley kitchen) is serving as a pantry.  Not exactly ideal but I’m making it work.  I’ll try to remember to take before photos, so I can share before and afters with you guys as we finish different rooms.

While we moved we ate out a TON, definitely more than what I would have usually considering just coming back from a bachelorette party in Seattle.  It’s whatever though; I ate mostly healthy.  There were veggies, so I’m good.

One day we ordered chipotle using the app, always a win! 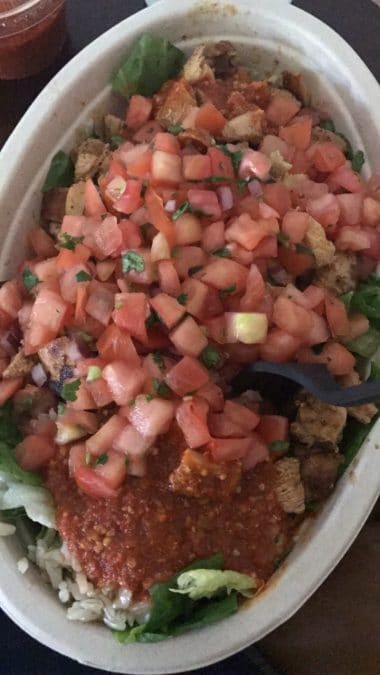 Another day we got Wildflower Bread Company – I got a Thai salad (or something like that) which was delicious, I downed the WHOLE thing! The bread wasn’t that exciting, but I did eat a few bites of Mr. Hungry’s rye bread. 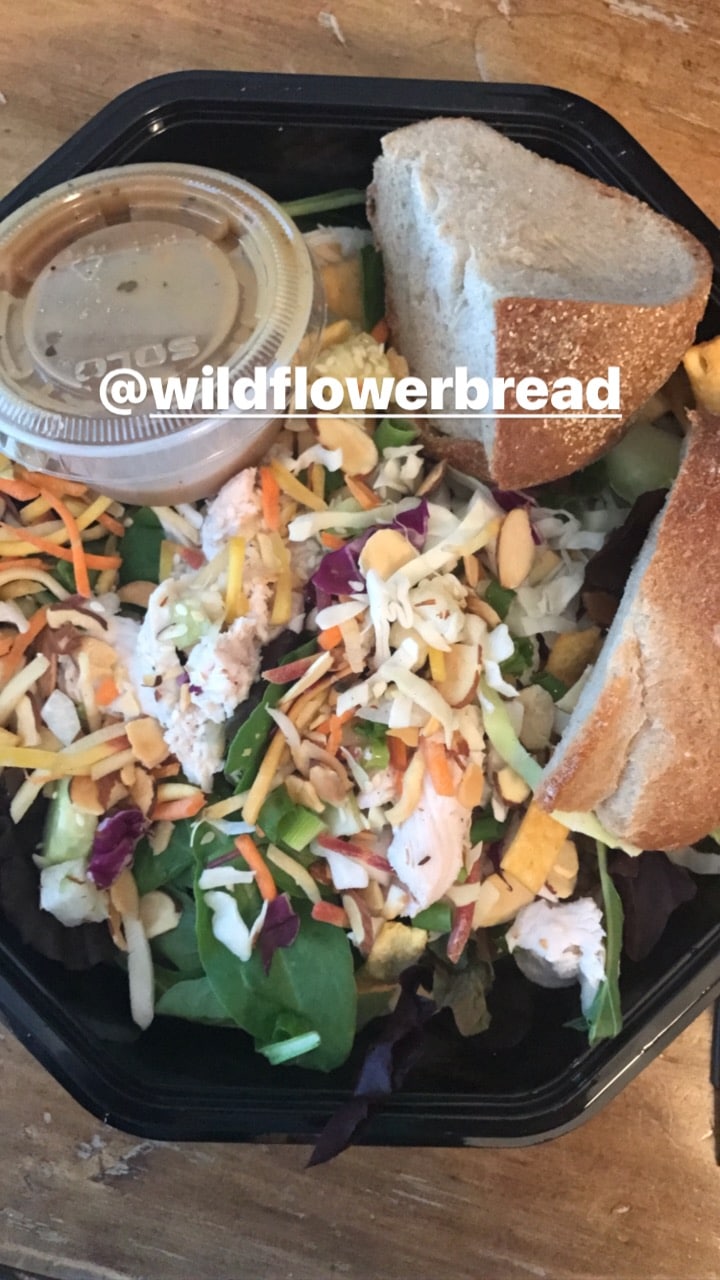 Of course, we had to eat at Pita Jungle one last time (there was one across from the apartments).  I’m totally recreating this salad for the blog, I won’t be able to live without it in my life ha ha 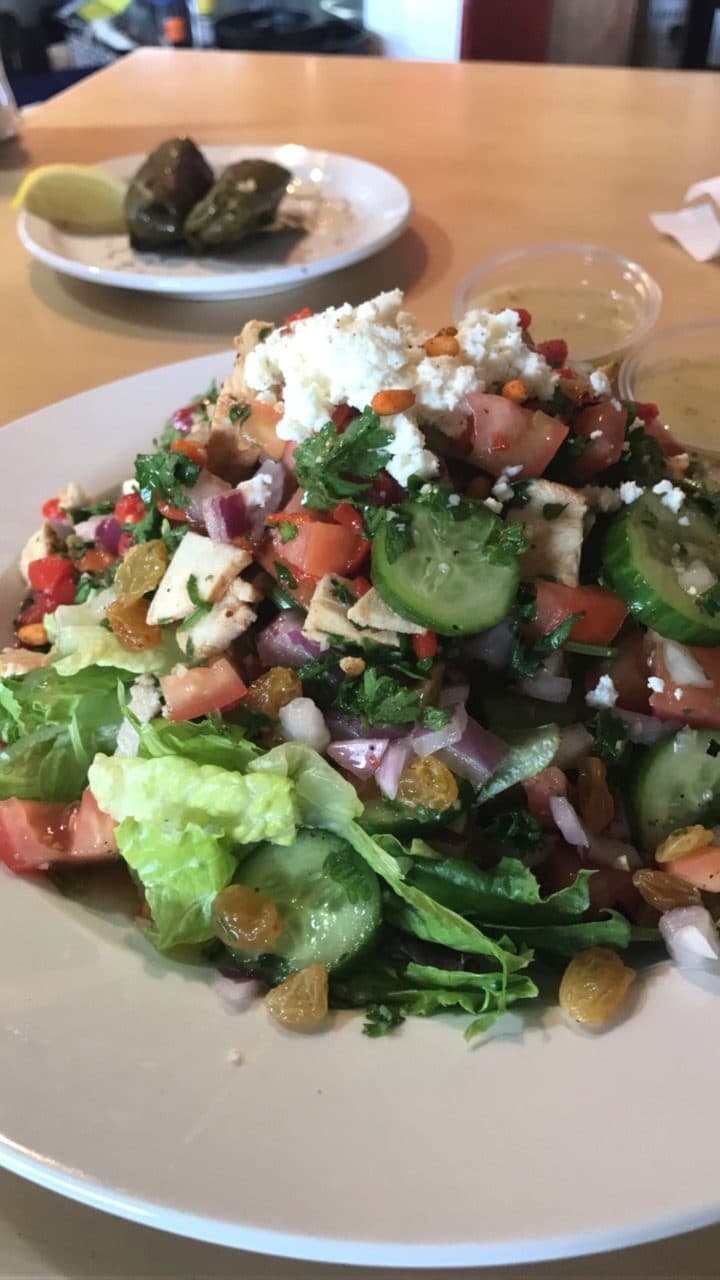 Mr. Hungry and I shared that salad and we still had plenty of leftovers it’s epic!  We also had Starbucks feta wraps in the morning, plus Mr. Hungry go their sous vide bacon bites.  They were a little wiggly for me but he liked them!  I got a bagel at Starbucks which I ate over the course of four days, one-quarter at time with peanut butter or sun butter.  On Sunday we got Panera while out running errands, I got their strawberry chicken poppy seed dressing salad and we shared some “chippers” aka mini cookies.  Wow, looking back I ate a lot of salad!  I guess that’s good?

I’m definitely excited to get back to cooking, even with the limited space at least I have all my appliances.  I’m definitely excited to get back to recipe development and shooting recipes; I miss it!  Now that I’ve spent the majority of the time talking your head off about our move tell me what’s been going on with you?  Some of you have kiddos going back to school?  Some of you are just adjusting the fall?

I love the fall, I love the hearty meals, I love the cooler weather (because it doesn’t get that cold here) and I love working on my computer while pretending to watch sports on the weekend.