We had a lovely weekend and I hope all of you did too!!! We kicked off the weekend with some Thai food, which was sadly a bit of a letdown.  Both of our dishes were really really sweet, but the spring rolls were good. 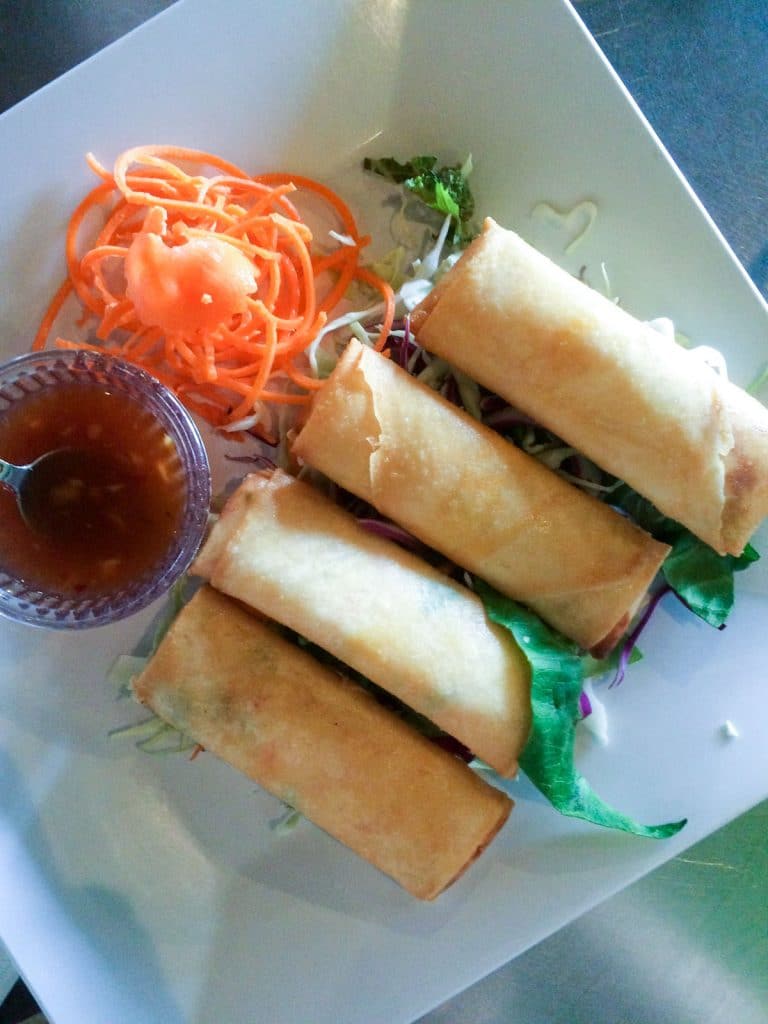 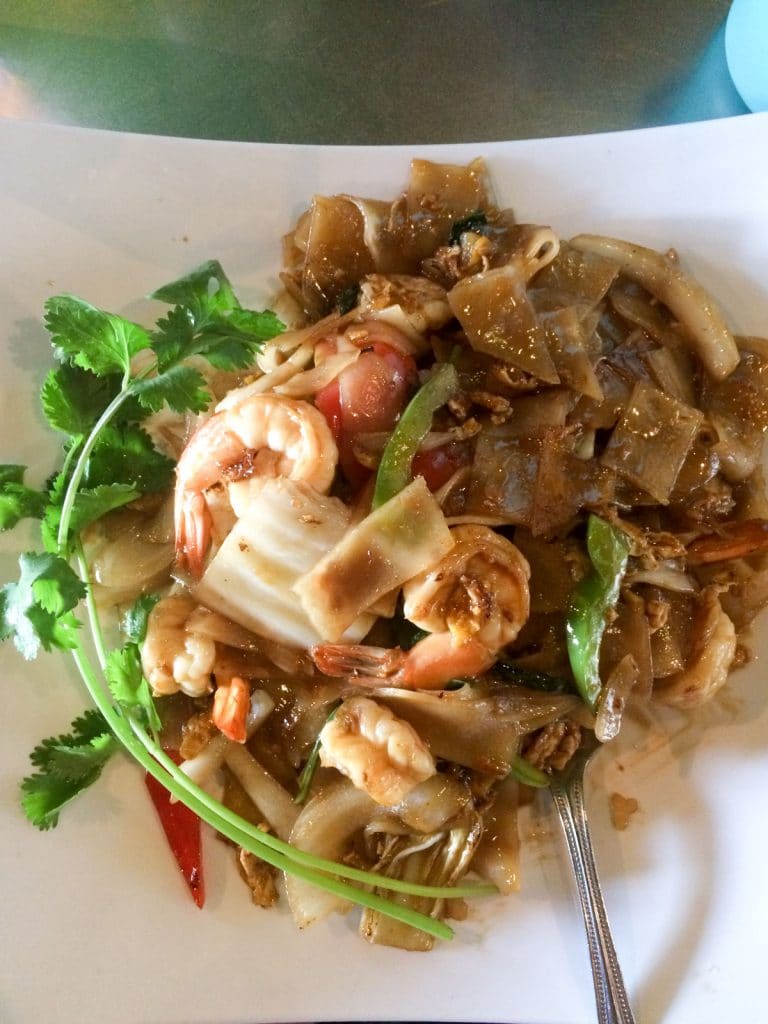 After eating we went to the store to pick up dessert.  We had friends coming over for drinks and dessert (dessert only for me of course) later that night.  When we got to Safeway I was looking around and all of a sudden I decided I wanted an ice cream cake.

So we drove to Baskin And Robbins and got an oreo ice cream cake!  SOOOOOOO good!  I 100% blame this post from my RD friend on Insta for the idea. 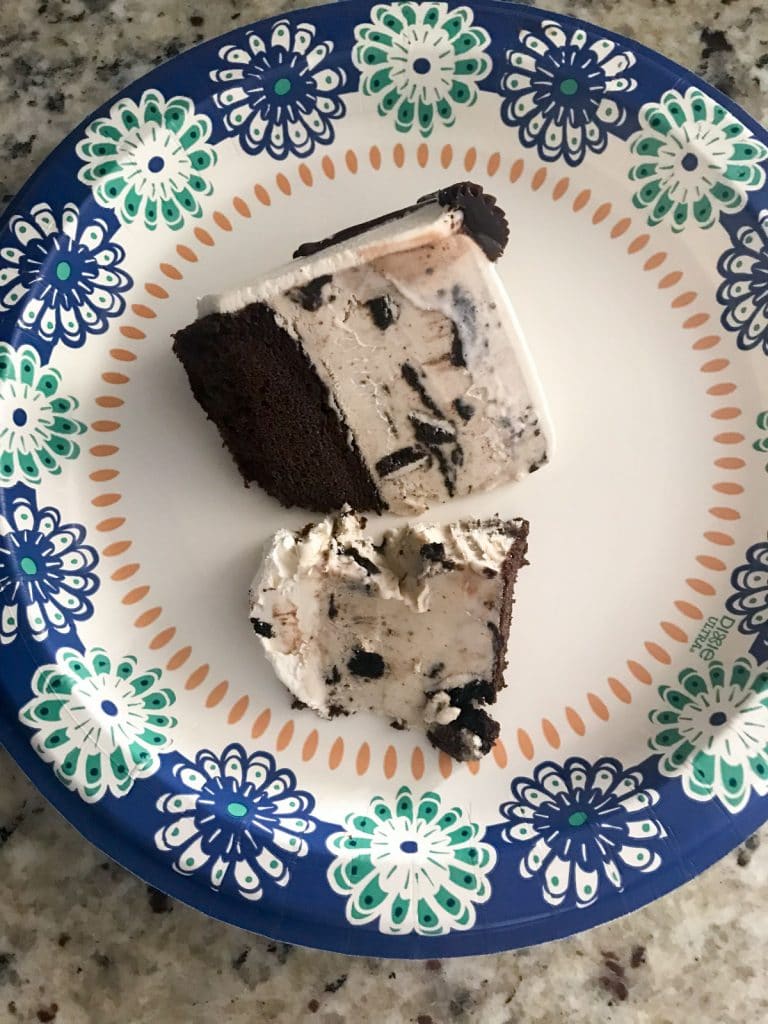 Saturday is usually dog park day but because I was up so late (11 pm) chatting with friends, I slept in until right before Zumba, which I was late too.  It was totally worth it though because our friends have five children and they gave us some great advice and things to think about it! Zumba was great as always, someone finally got the courage to ask about my shirt.  So now they know why I sit out a few songs or drink an excessive amount of water in between EVERY song. (Picture was taken a few weeks ago.) 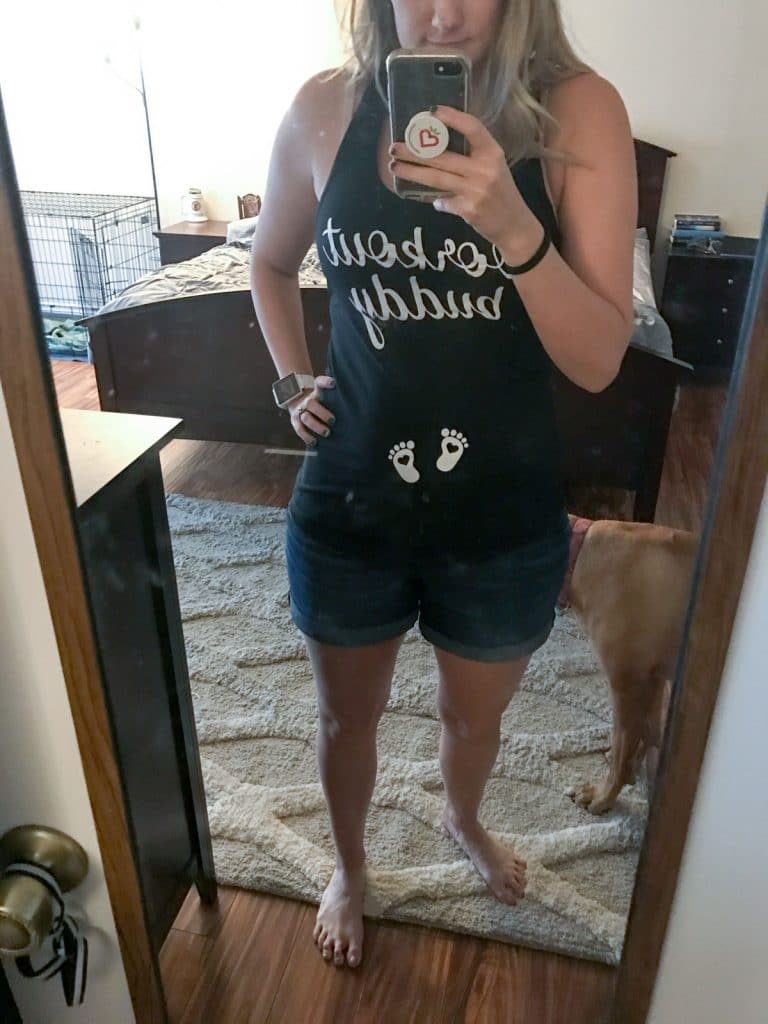 The rest of Saturday was spent working and watching season 10 of friends.  Mr. Hungry was out all day hanging out with his Grandma and running errands so it was basically another work day for me.  With less work though ha ha.  You better believe I had another piece of cake!

Sunday morning had a bit of a rough start, but we made it to church just a few minutes late.  My nausea in the morning has been really bad but we made it.  At the end of mass, they asked all the mothers to stand so that they could give a blessing.

I did not stand, mostly because I was feeling too sick/hot to stand but, it made me think of how I would feel if I wasn’t pregnant.  Then I saw this quote, and I knew how I would choose to feel not forgotten.  Even now, I’m acutely aware that nothing in life is guaranteed, even at 17 weeks I don’t feel “safe.”  I hope any of you that were struggling yesterday find comfort in this and know my prayers are with you.

After mass was over they gave out the prettiest little pink carnations, so Mr. Hungry snapped a 17-week photo for me before we took off! (PS at night I feel so big at night already, I can’t imagine getting any bigger and yet I know it’s coming!) 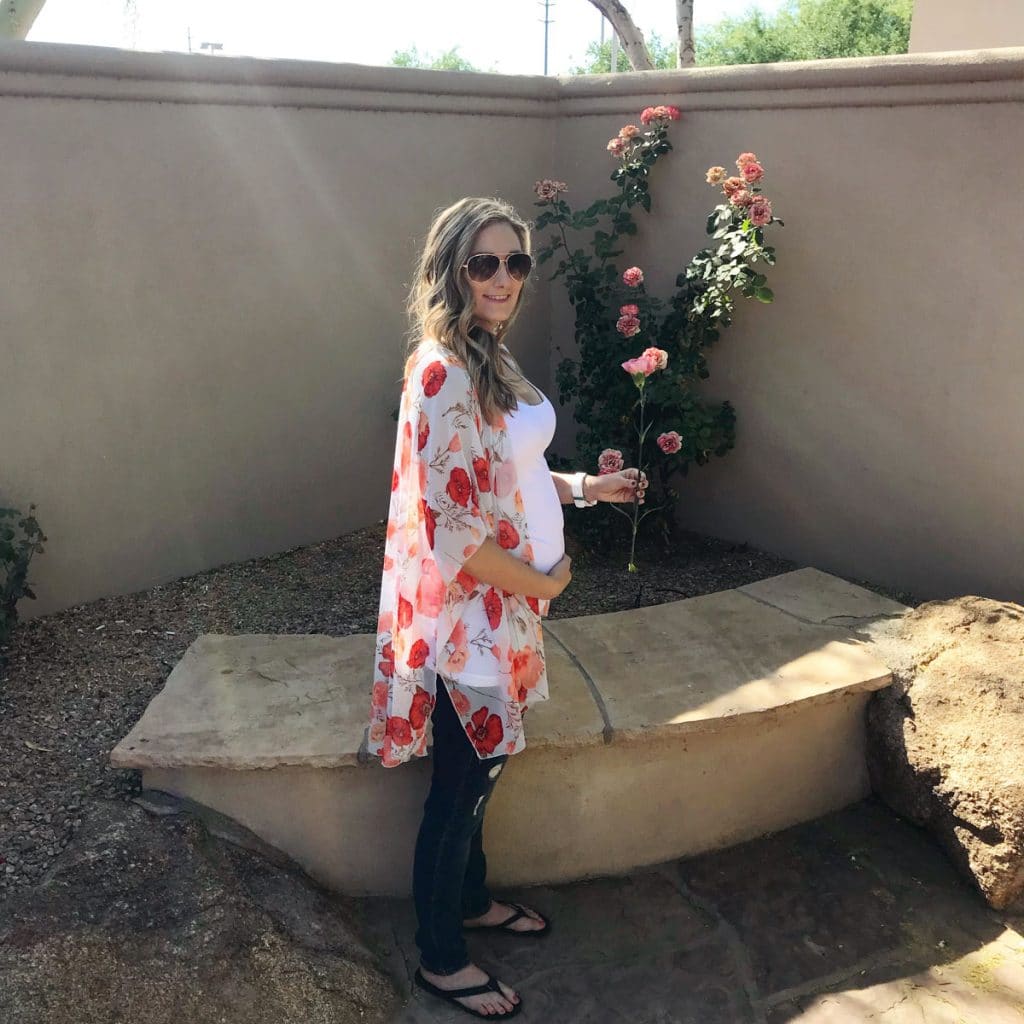 The tank top and cover up are from Stitchfix  The jeans, which I just bought and LOVE are Jessica Simpson Maternity Jeans.  I’m wearing a medium which is comfortably loose, but not baggy.  Unfortunately, I can not find them online ANYWHERE, I looked for a solid 30 minutes to link to them for you guys and can’t find them.  Here is what I can tell you, they are Jessica Simpson Maternity Jeans from Macy’s, they were 39.98, and the tag says Indigo Blue (which I assume is the style?).  They are side panel style as well, hope that helps because I love them!

After mass, we went out to one of our FAVORITE breakfast spots, hillside cafe in Ahwatukee.  I got a breakfast burrito, subbing avocado for chorizo. 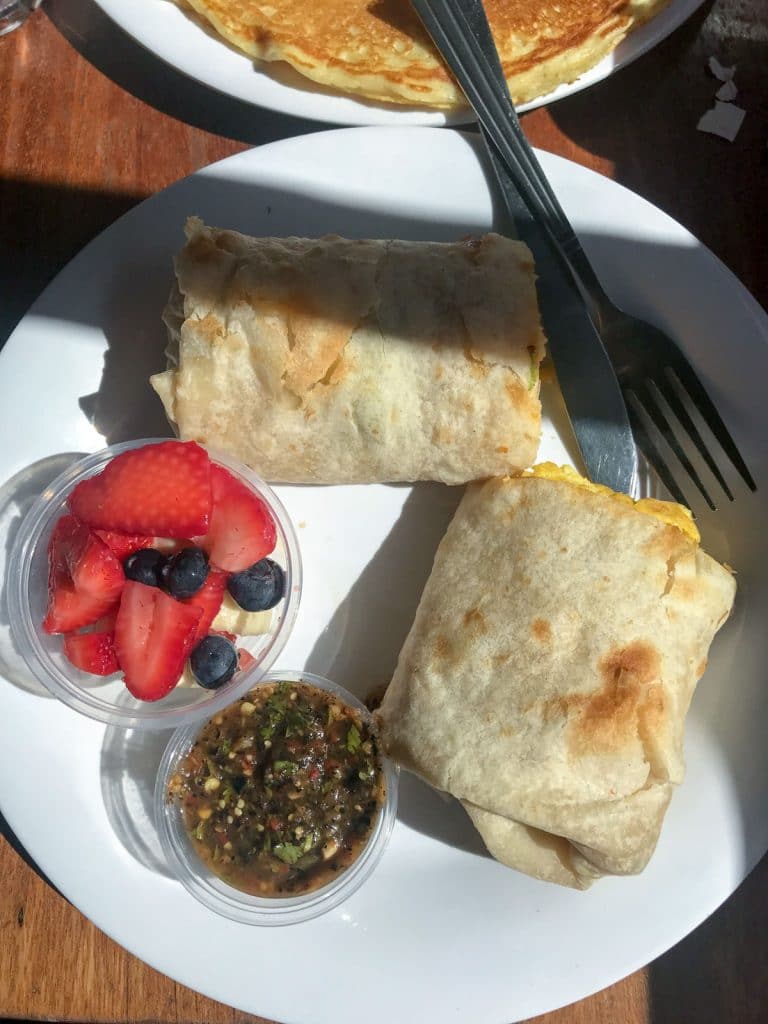 Then I came home and slept two hours, so there is that!  I didn’t wake up until 1 pm, then I ate my breakfast leftovers and did some random “get ready for the week and work things.”  Meal prepped some trail mix energy balls, took some recipe photos and started this post.  More ice cream later on, which ended up kind of being dinner (whoops) and went to bed EARLY so that hopefully I can get back on track with 6 am walks this week!

Hope you guys have a wonderful week!  Be back tomorrow with coffee and an awesome giveaway!