Hi, friends!
I just got back from Michigan and now I’m playing catch up.  I think I might have mentioned Mr. Hungry’s grandmother passed away last week.  I appreciate all of the reader concerns and messages when I mentioned I was at a funeral, you guys don’t know how awesome that is to hear from you.  The last time I was in Michigan was right after Mr. Hungry and I got engaged, almost four and half years ago.  We went over labor day in 2012, when his Grandpa (who passed away shortly after) fell sick.  We had just gotten engaged so Mr. Hungry’s parents flew me out with the family so I could meet his grandparents, aunts, uncles, and cousins on his Dad’s side.  Mr. Hungry is half Chaldean, the best way to describe to people who know nothing about them is a catholic middle eastern.  Mr. Hungry’s Dad is the youngest boy of 6, that means lots of aunts, uncles, and cousins.  Coming from a family of 7 people total, including aunts, uncles, and cousins I wasn’t sure what to expect.  I have to admit I was a little nervous. 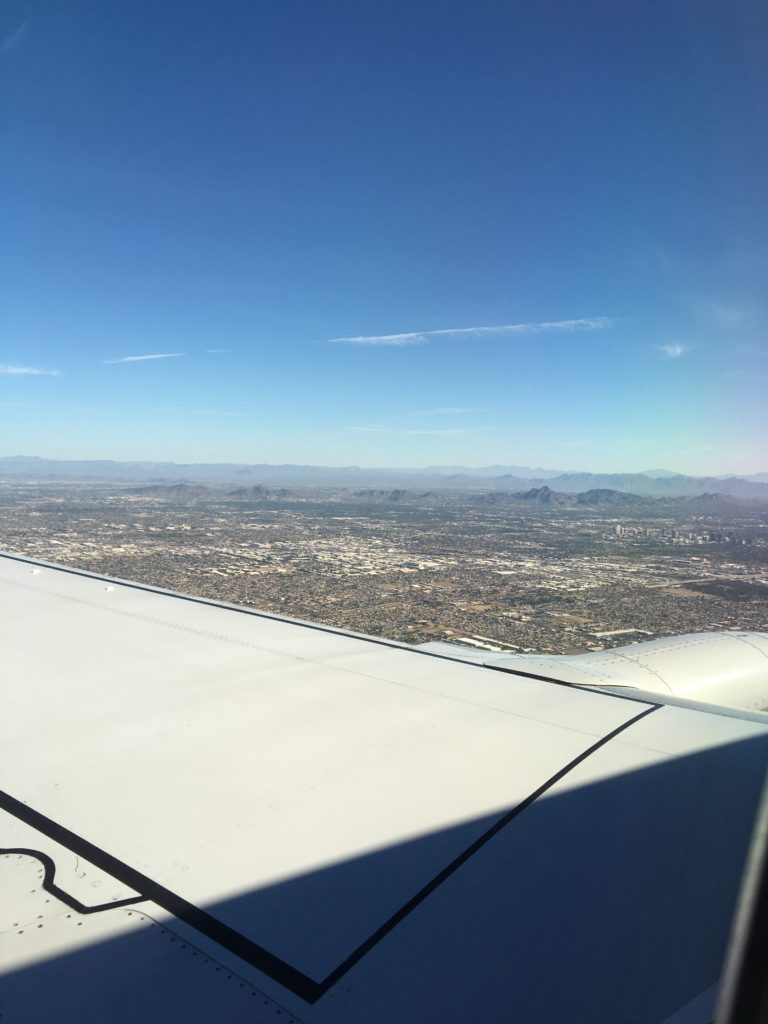 Turns out, I had never in my life met a more welcoming kind-hearted group of people in my life (except for Mr. Hungry’s immediately family).  They quite literally embraced me with open arms hugs and kisses, it was truly amazing to me.  His grandparents were especially kind and welcoming.  I feel so grateful to have gotten a chance to meet them and with this past trip a chance to mourn their loss and celebrate their lives with the family they created. 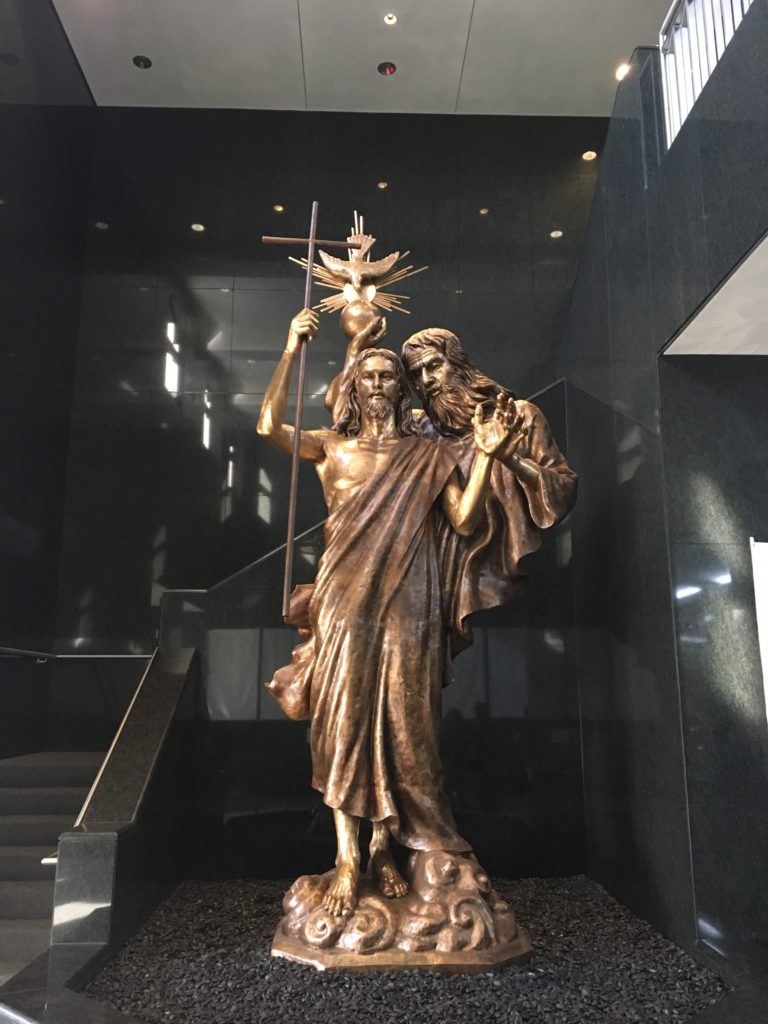 I flew in late Thursday night and Friday morning was the funeral.  I didn’t take many pictures during the event or the reception, but afterward my SIL, nephew and I went outside to take some in the beautiful scenery. 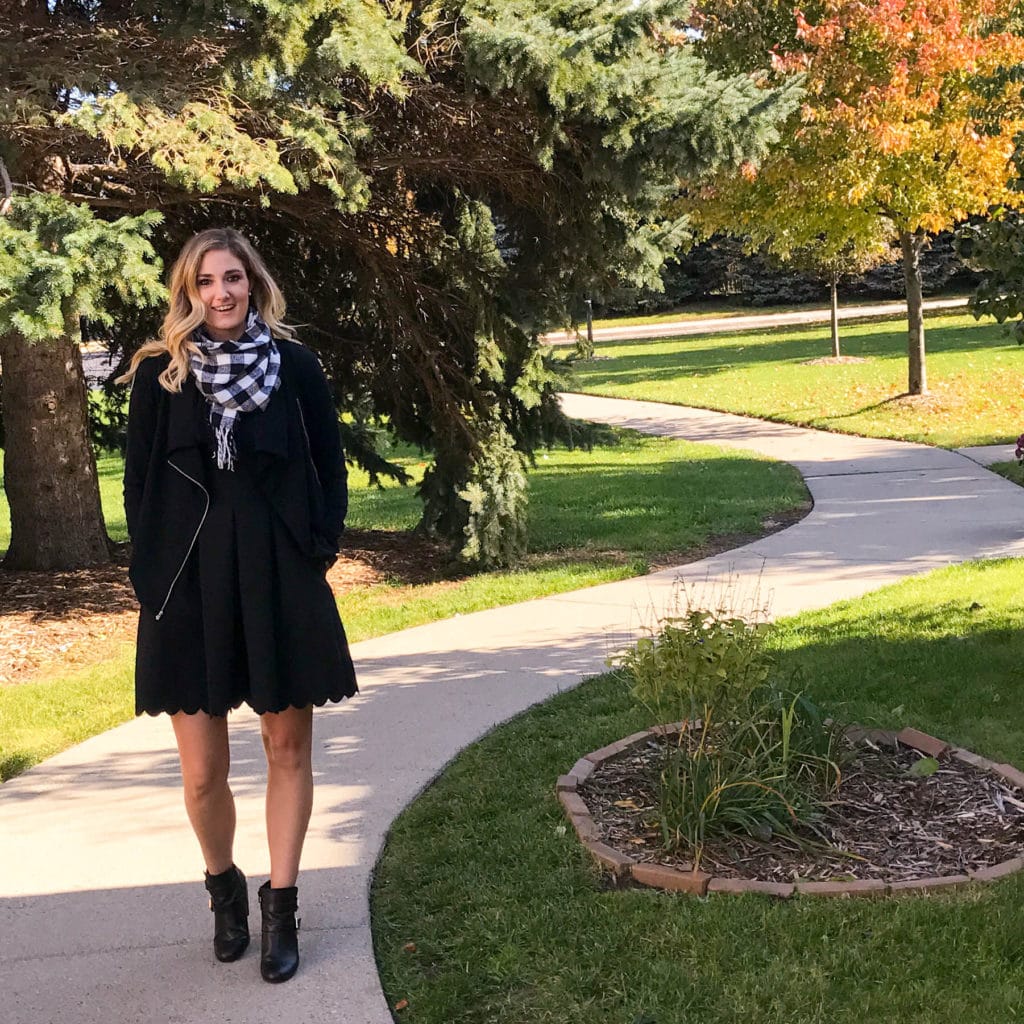 I got a new dress from Banana Republic before we left because the one I wore to my Granpa’s funeral was from high school and ripped, it was time to treat myself.
I was nervous about the ruffles being to foo foo for a funeral but the lady at BR and Mr. Hungry assured me it wasn’t.  I LOVED that it had pockets.

The rest of the day was spent hanging out with the family at Mr. Hungry’s Aunts house.  The next day I started the day with a 4 mile treadmill run (I’m not about to run in the dark) followed by a 6.25 mile run outside. I only got lost twice, but the scenery was so beautiful I didn’t even care.  I mean, I’ve been having some SUPER crappy runs recently so it felt good to finally get a good training run in! 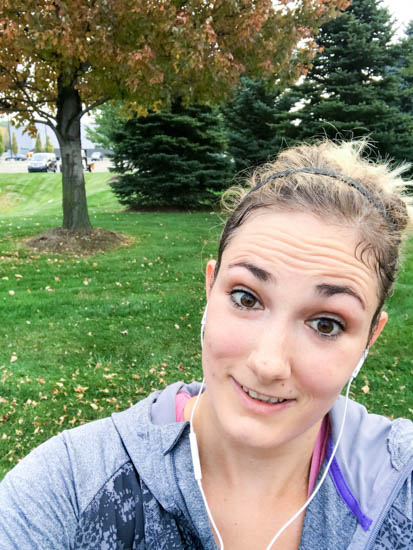 After I showered and got ready we went with Mr. Hungry’s Aunt shopping at the outlet mall.  I got two pairs of jeans $30 bucks each, a wallet for $15 bucks, and then we all bought matching real leather Emma Swan jackets because they were amazing.
In the photo below I’m wearing the jacket and new jeans! 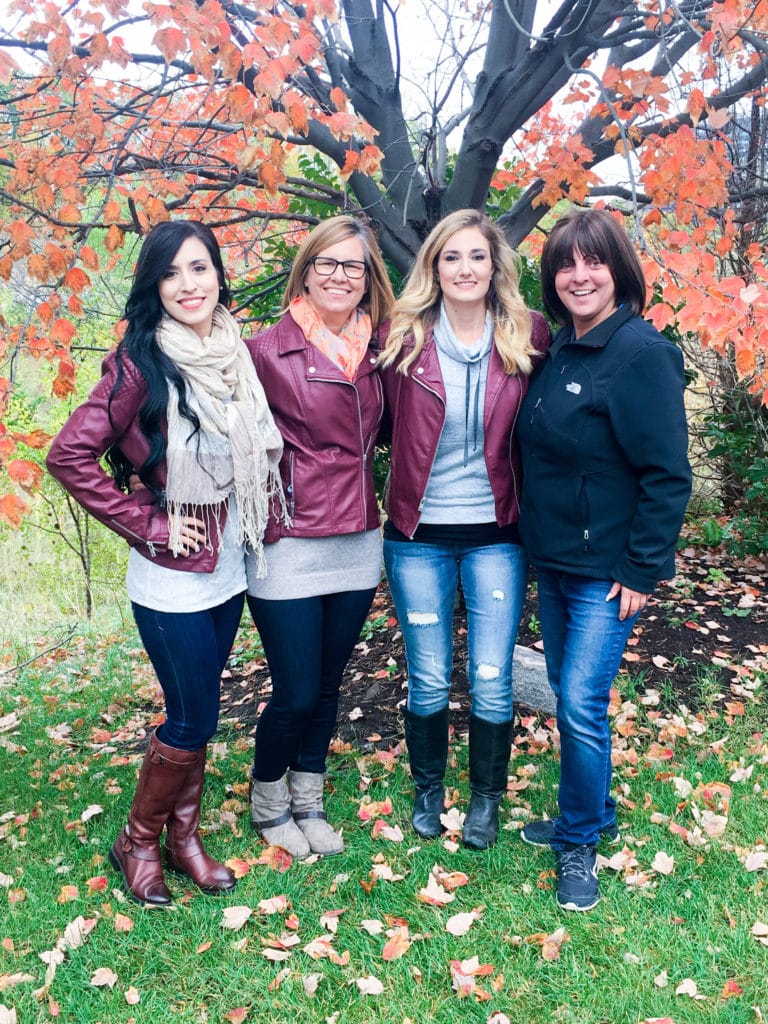 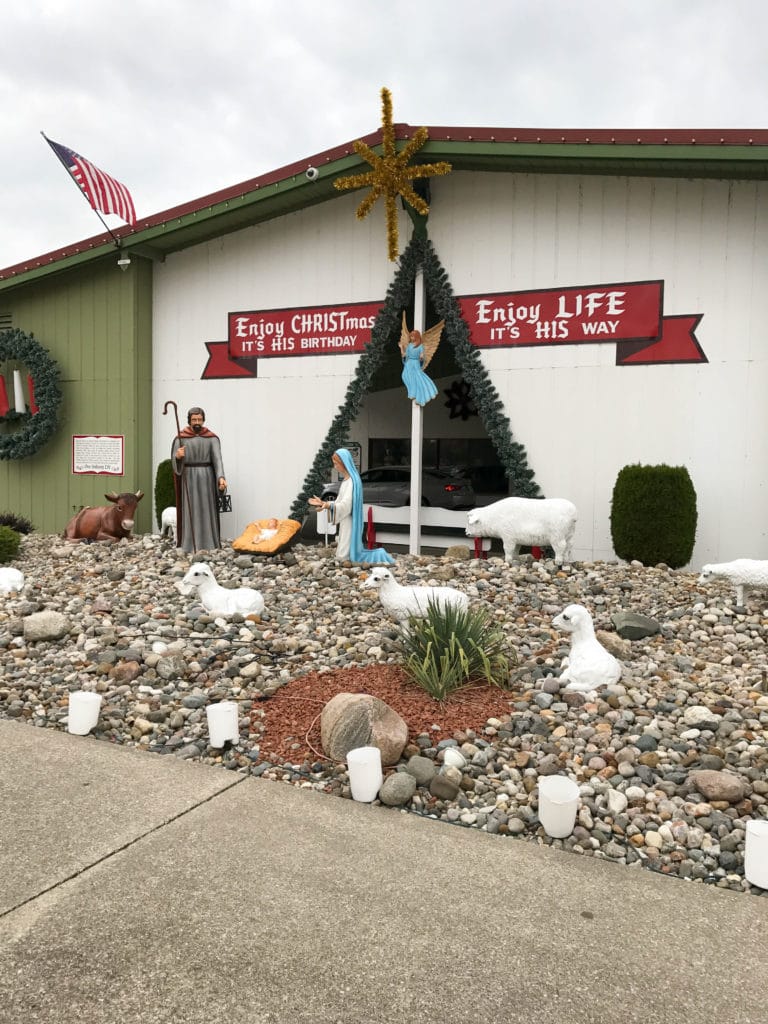 They basically have anything and everything you could ever imagine as related to Christmas.  My favorite was all the cool ornament they had for just about everyone: golf, weight lifting, runners, music, band etc… 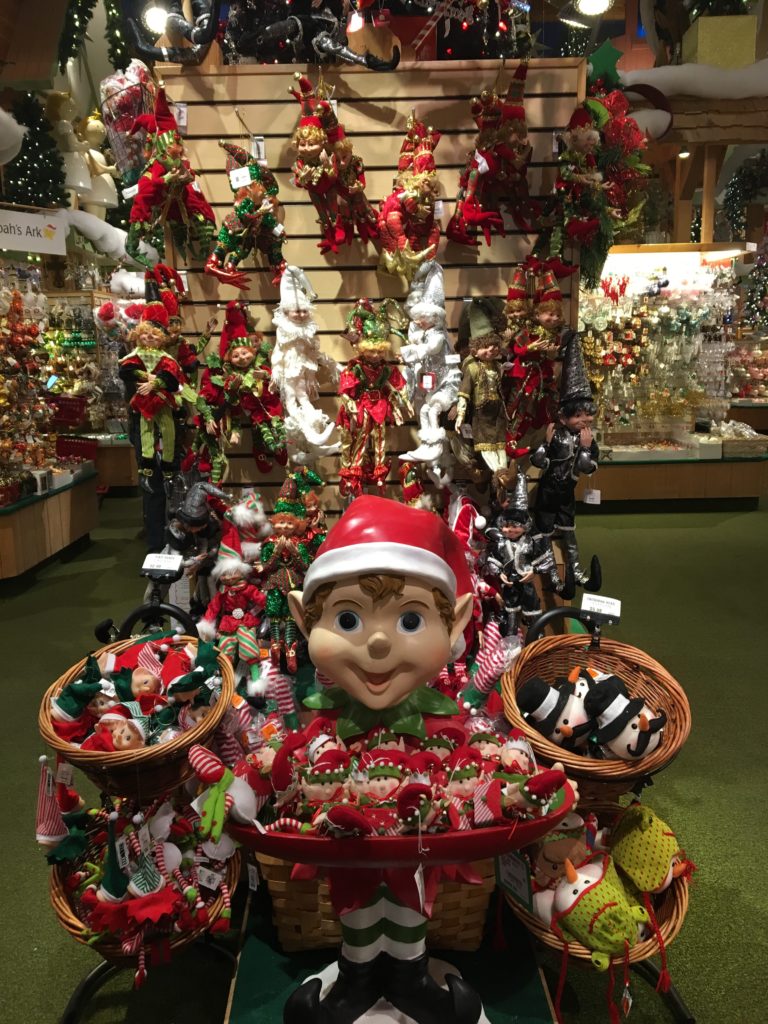 I foam rolled and worked out Sunday morning.  I love my travel foam roller, it is freaking amazing I bring it on every trip! 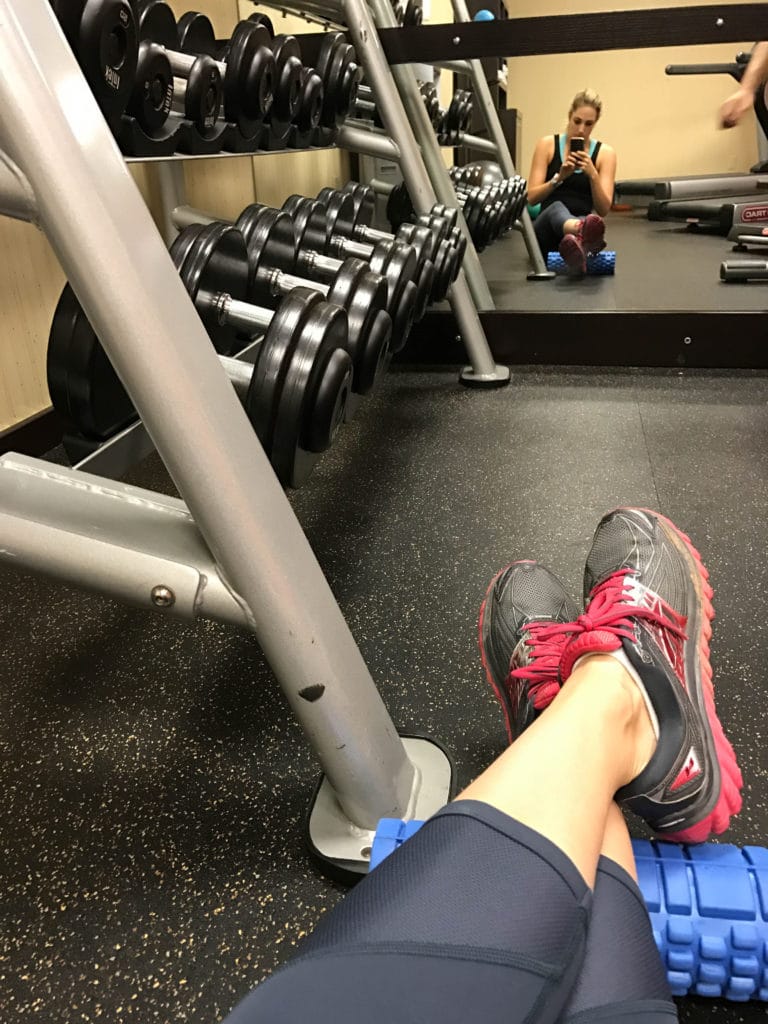 Here is the workout I did!  It was a good one, I kind of got distracted talking to Mr. Hungry and his Dad during it so it took me a little longer than I think it would normally take. 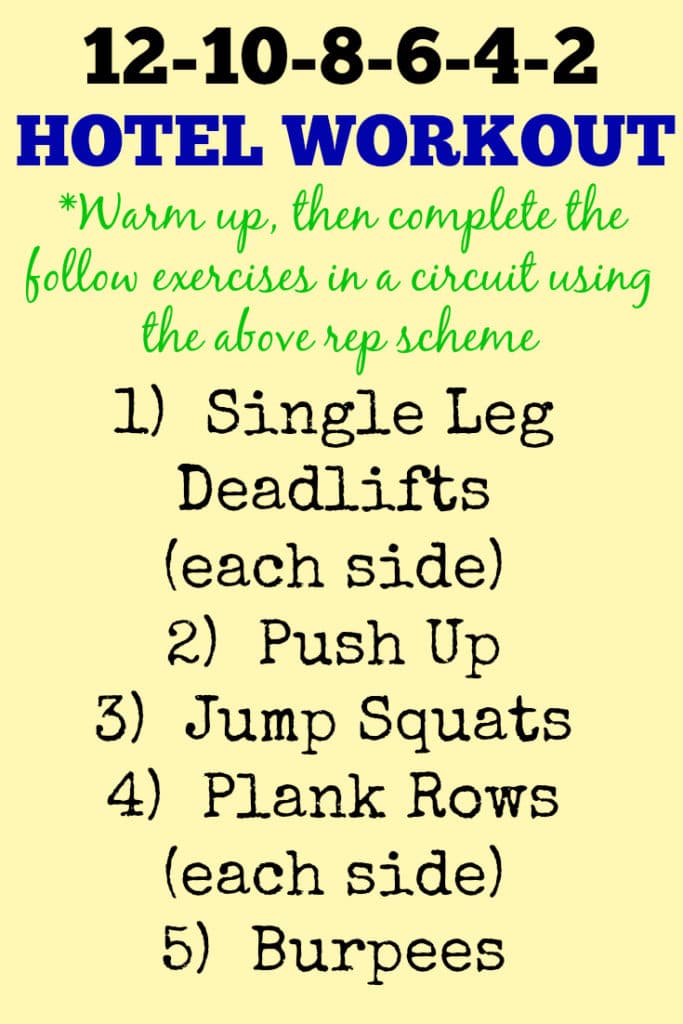 I used 15lb dumbbells for deadlifts and plank rows but I think I could have gone a little heavier on both.  Let me know if you try it!
Sunday mass was absolutely beautiful followed by hanging out at Mr. Hungry’s uncles house and eating catered Middle Eastern food – kabobs, sharwma, and baklava which was amazing!
Monday was a travel day!  Now Mr. Hungry and I are on a much needed mini sugar and alcohol detox.  Have a wonderful day!