Hi, friends!  I’m just popping in to share with you our 3-day weekend fun!  We got to go up to Northern California to visit Mr. Hungry’s parents, which was awesome because they are awesome but also because the weather was AWESOME with a capital A. We flew on Thursday night so Mr. Hungry and I could work from home on Friday.  I did go for an epic 4.25-mile run though!

I LOVE running in Morgan Hill. The weather is so beautiful, it’s usually in the sixities (perfect for running) plus the scenery is amazing.  I still remember the 9-mile training run Mr. Hungry, and I did a few years back; we always talk about how awesome it was.  Sadly, since Mr. Hungrys knee is injured (a bone bruise), I had to take this one solo.  It was so nice though I didn’t even care. 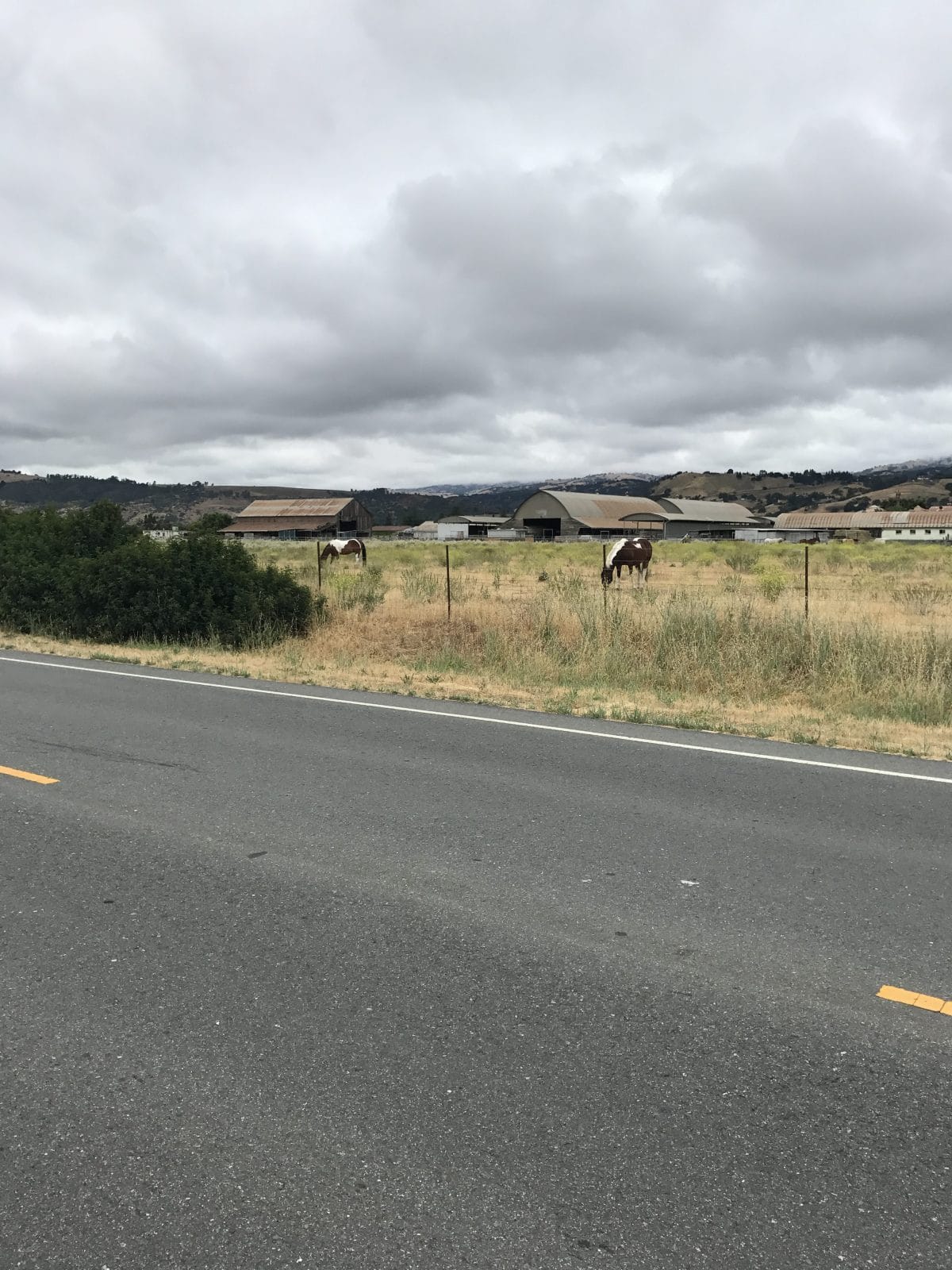 Well, I always care about the hill of death, but at least the beautiful mountains in the background are somewhat distracting. 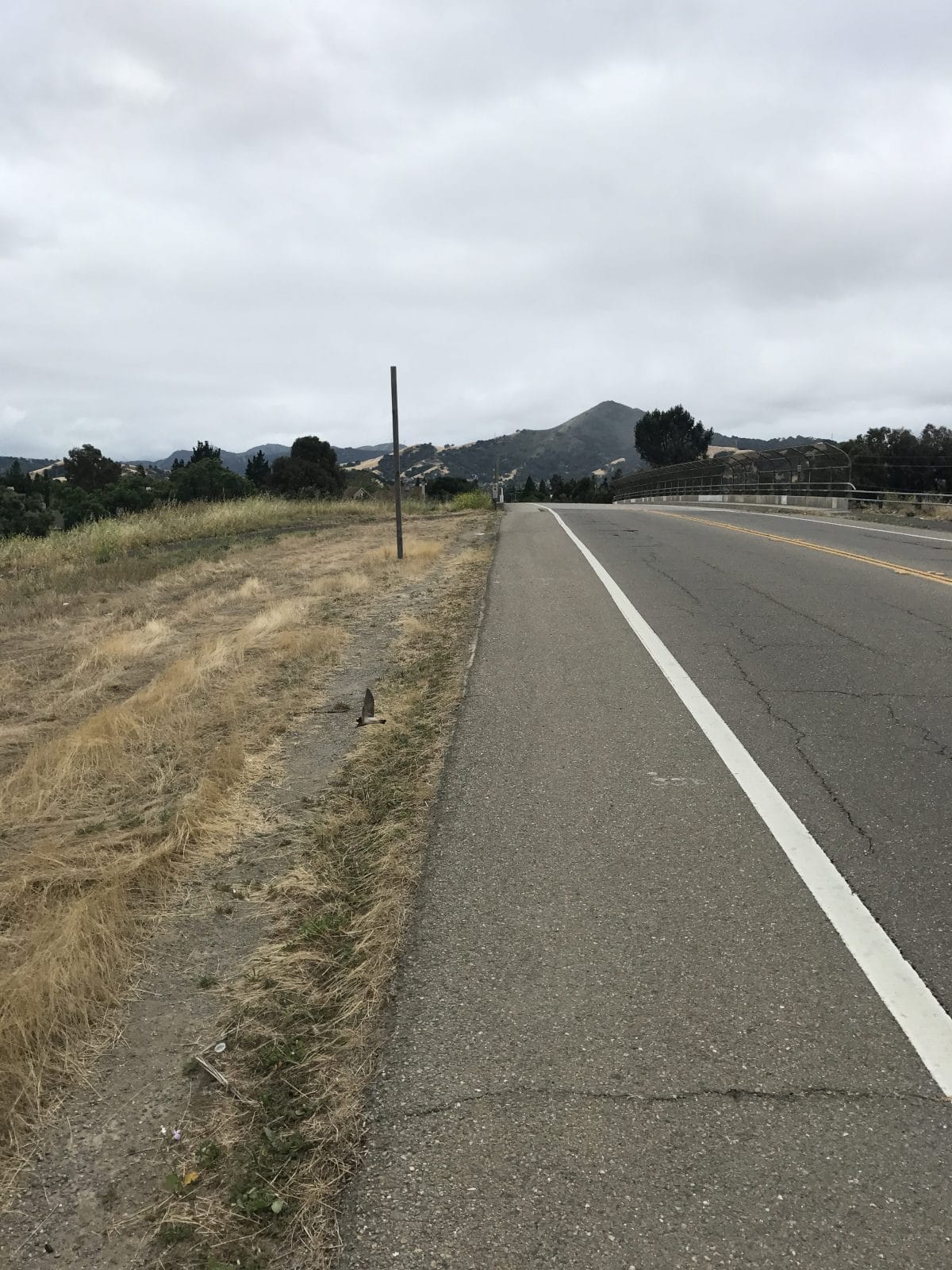 We spent the rest of the day working on stuff until it was time to go out for dinner!  We got to walk downtown to dinner which was nice.  We ate a Ladera Grill; I ordered the macadamia nut crusted halibut which was out of this world! It was topped with two giant shrimp covered in honey mustard sauce. 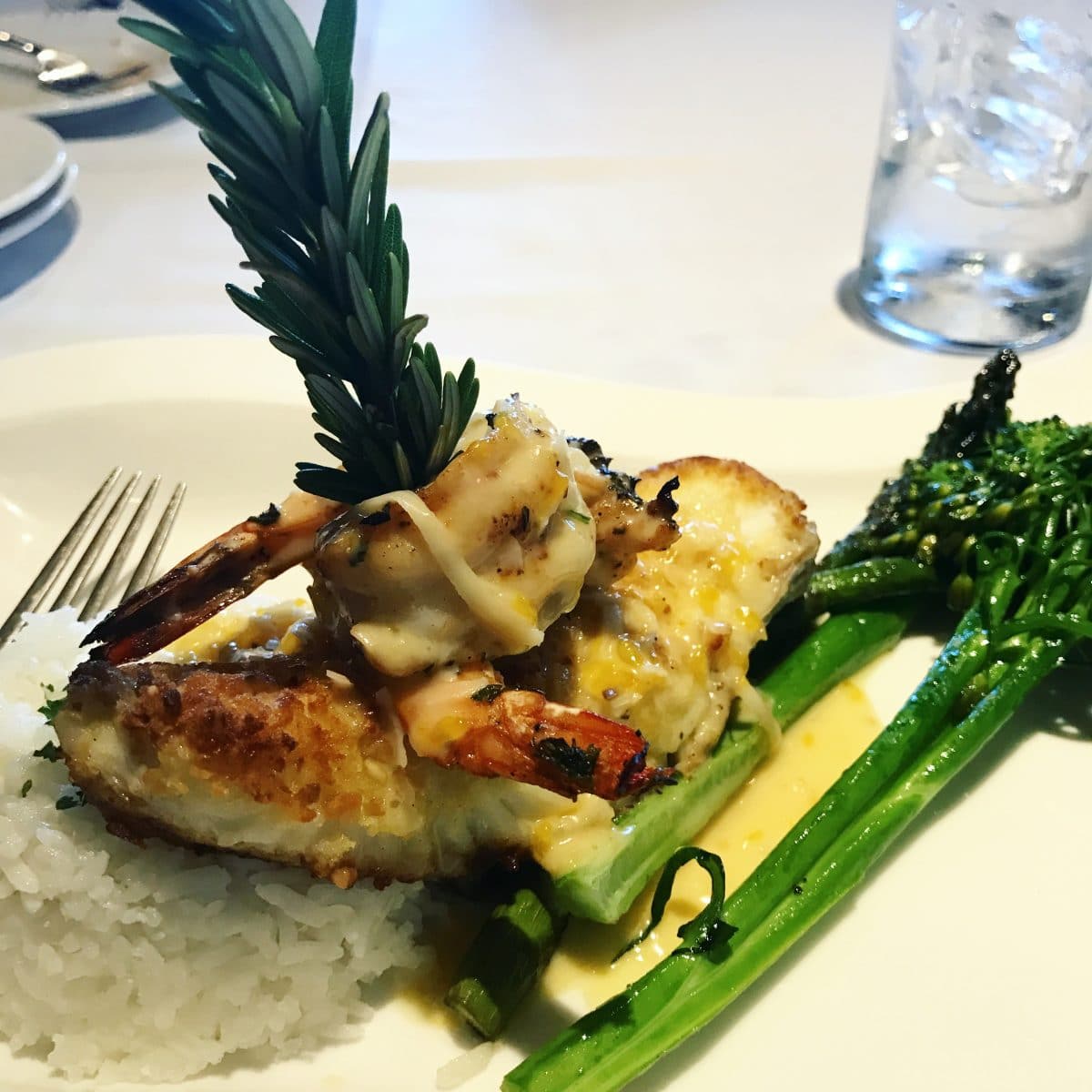 Afterward, we stopped for Gelato for Mr. Hungry.  He got a super rich peanut butter gelato which I was more than willing to help him finish. 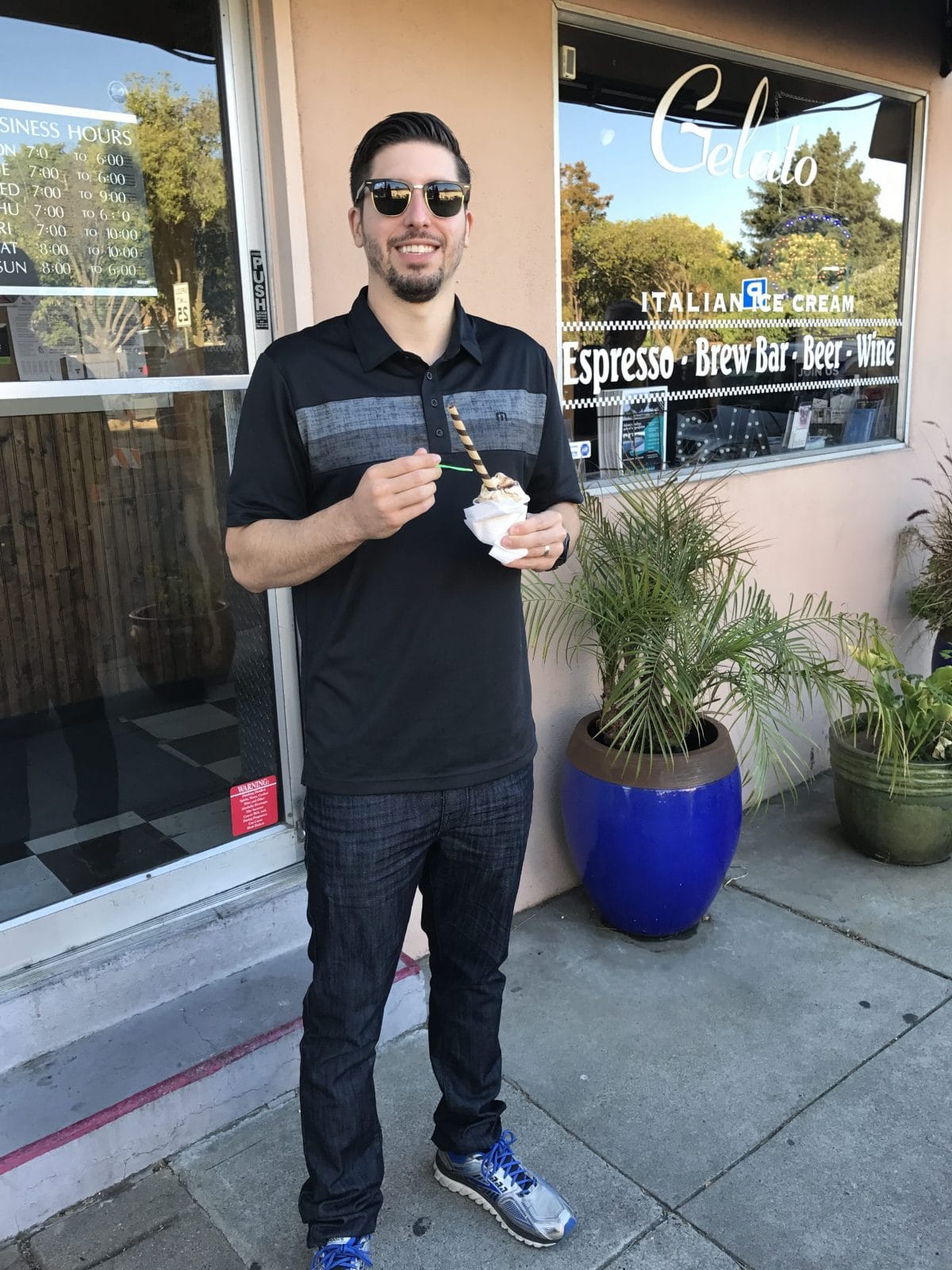 The next day I got a quick HIIT workout in (I modified this one to be shoulder friendly by doing box jumps instead of froggers and v ups instead of mountain climbers), then we headed to McLaughlin Eastshore State Park which was beautiful!  I was initially wearing shorts but was so glad I brought pants to change into because it was pretty chilly!  We stopped at the Doubletree on the marina for drinks and appetizers after about an hour of walking.  Then, we walked around some more until it was time to meet up with my SIL at UC Berkley. 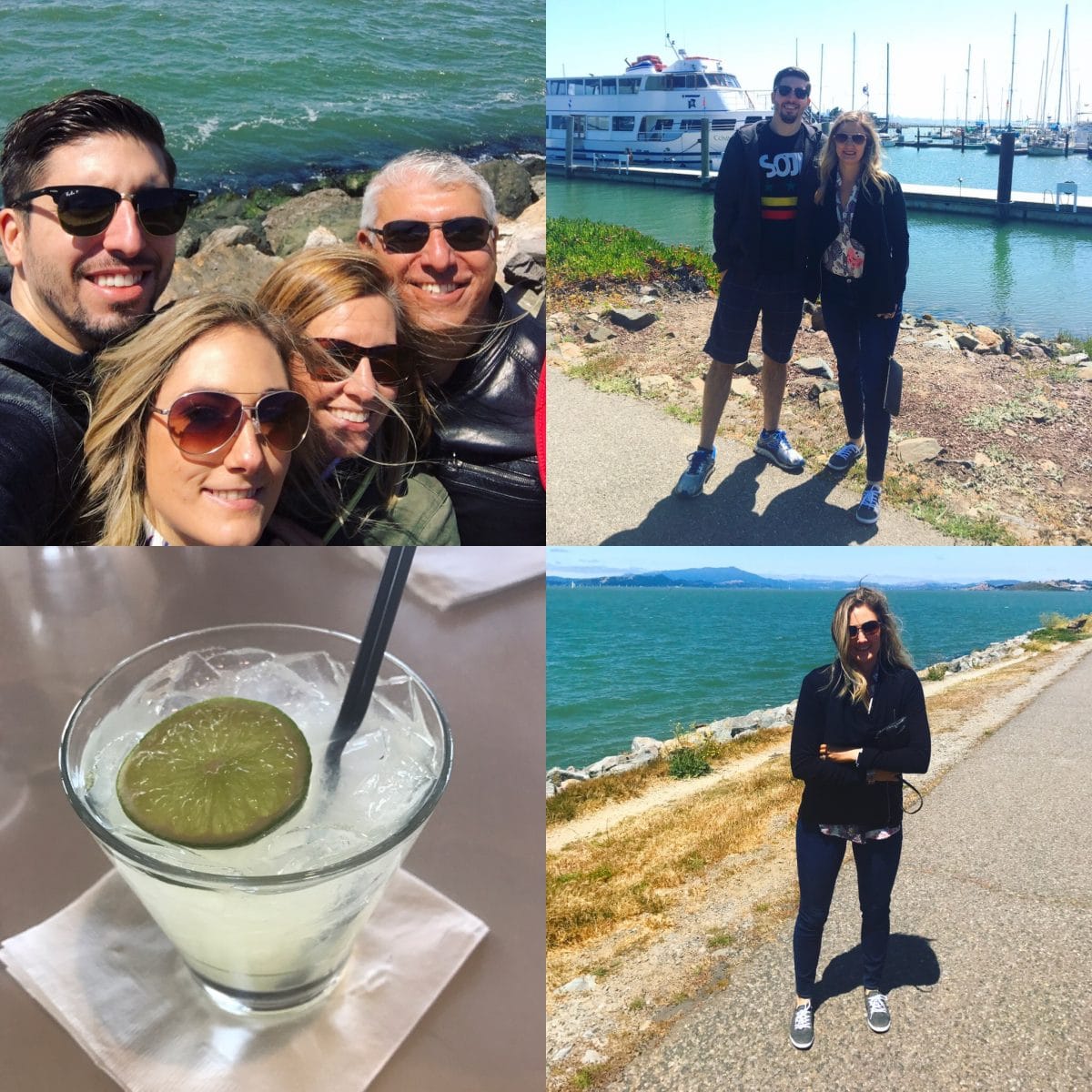 We had dinner at a random kebab place in Berkeley followed by ice cream.  It had been so long since I had a real ice cream cone I decided to go big with a cookie dough ice cream scoop in a cone. 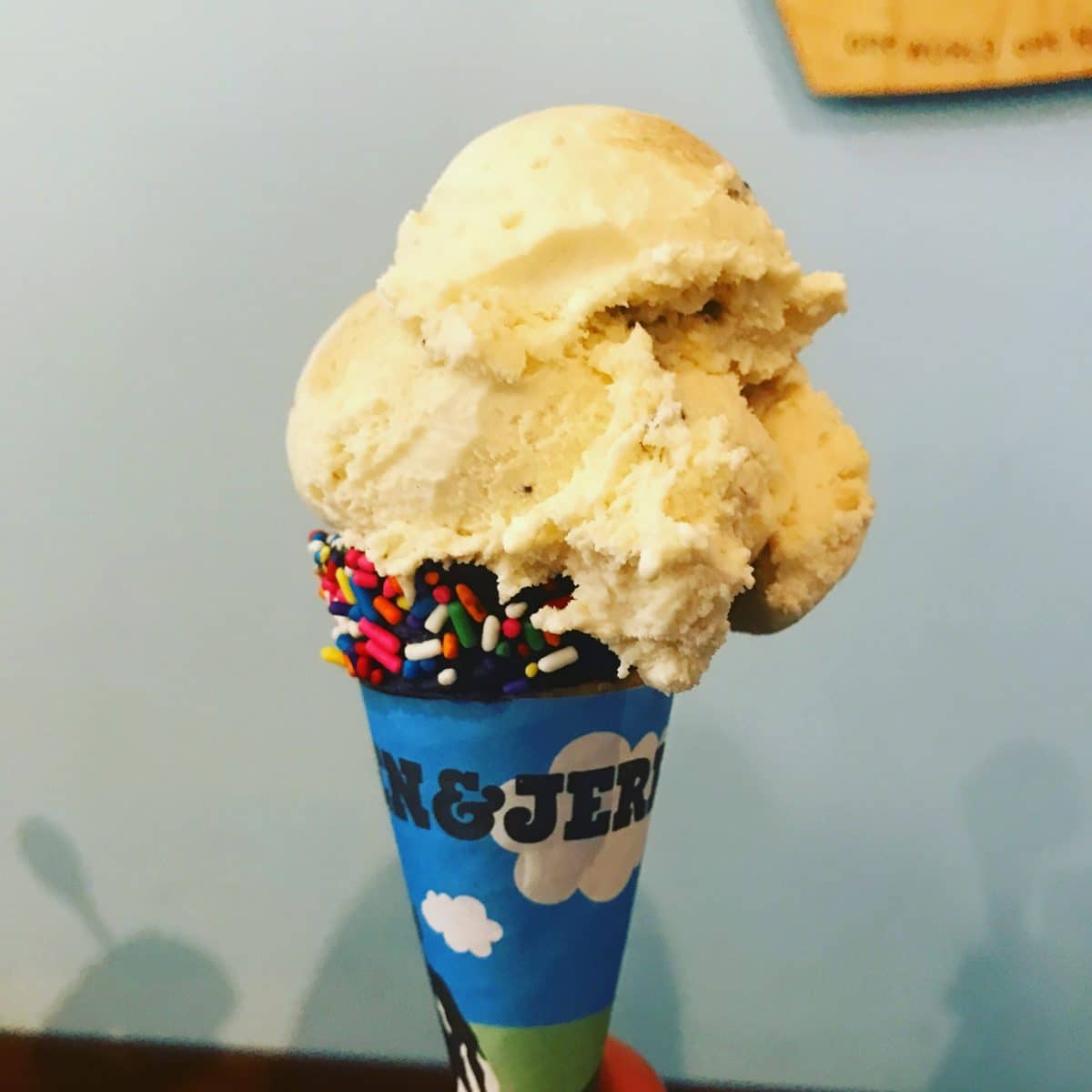 Sadly, that ice cream shall forever be known as my last ice cream scoop ever.  Between the gelato the night before and this cone, I found out ice cream doesn’t agree with me anymore.  Meh, I’m not a huge ice cream person, but it does give me an excuse to order an ice cream maker so that I can make dairy free ice cream (although Halo top usually sits just fine with me so I could stick with that). If you follow me on IG you know, I had a terrific time walking down to one of the local wineries on Sunday.  First, though, we went to church and then got an epic breakfast at Bill’s Cafe in San Jose. My omelet was GINORMOUS!  Again, I had no problem helping everyone out with their pancakes either! 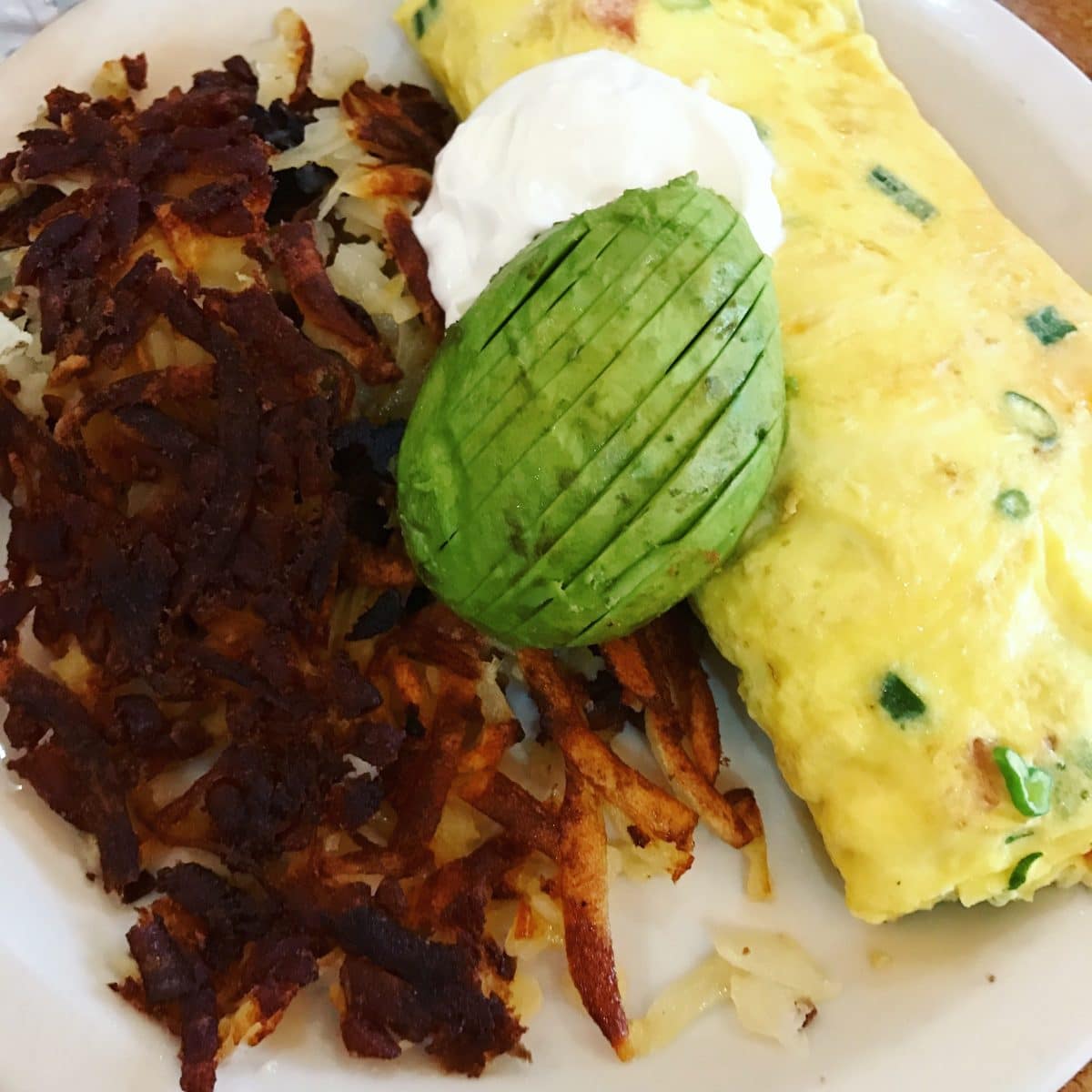 Then it was winery time! I didn’t workout that day, so it was nice to walk 1.5 miles down there! 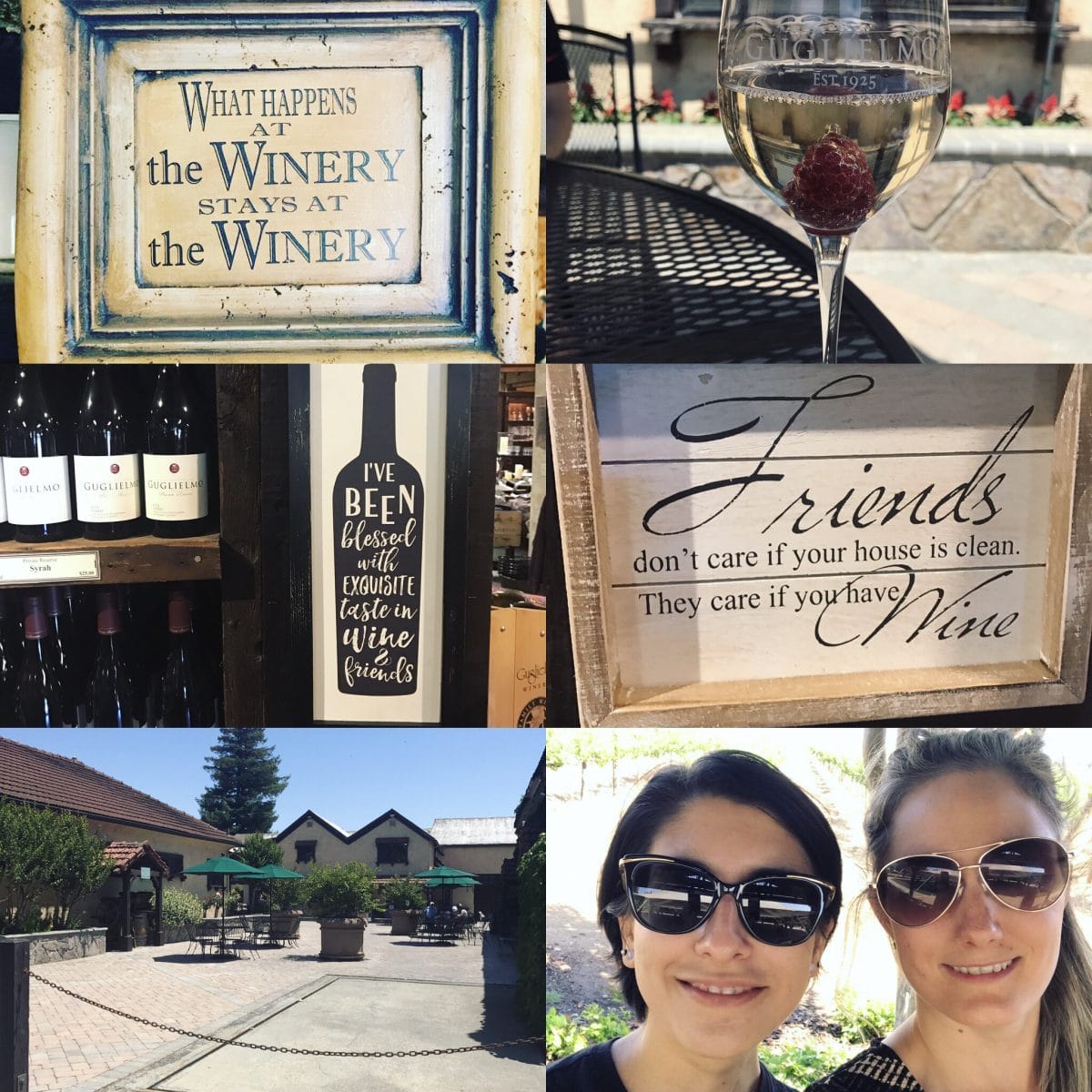 When we got back from the winery, we spent some time munching on pretzels and then grilling.  Then I ate a billion handfuls of zebra popcorn, whoops!  Those of you who know my feelings about wine know this is a wine related incident for me.  I got back on track on Monday though, which we kept very low key.  I went for a jog for a couple of miles in the morning then we hung around the house until we took Mr. Hungry to the airport.  I’m taking a little mini vacay and hanging out up here in Northern California for the week. This weekend I’m headed to San Francisco to see a good friend then I’ll head back home.  I’m very excited to be in the cool weather all and see my friend Kelsey this weekend.

Enough about me, how was your weekend?!?!

PSSST Don’t forget you can catch me on FB Live at 10 am MST today!