How was your weekend?  My Labor Day weekend was long and fantastic!  Except I felt like I had an unlimited amount of time until Monday evening when I realized I had neglected to do all the things on my to do list.  Whoops!!!!  Oh well! 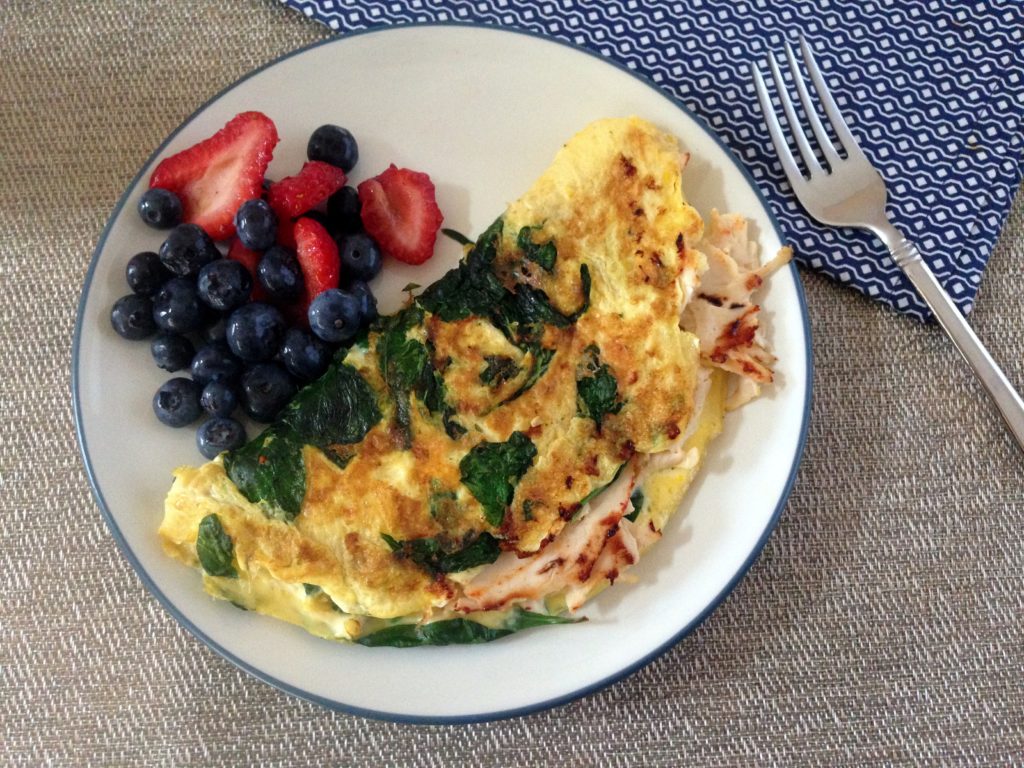 After my doctor’s appointment I proceed to run lots of errands including stopping by the running store for compression socks and arch support inserts.  Somehow that omelet held me over all the way to dinnertime, but by the time it rolled around I was definitely ready to eat.  We went with some friends to Spinatos again because we LOVE their $8 dollar speciality pizzas at Happy Hour.  Starting with their awesome side salad. 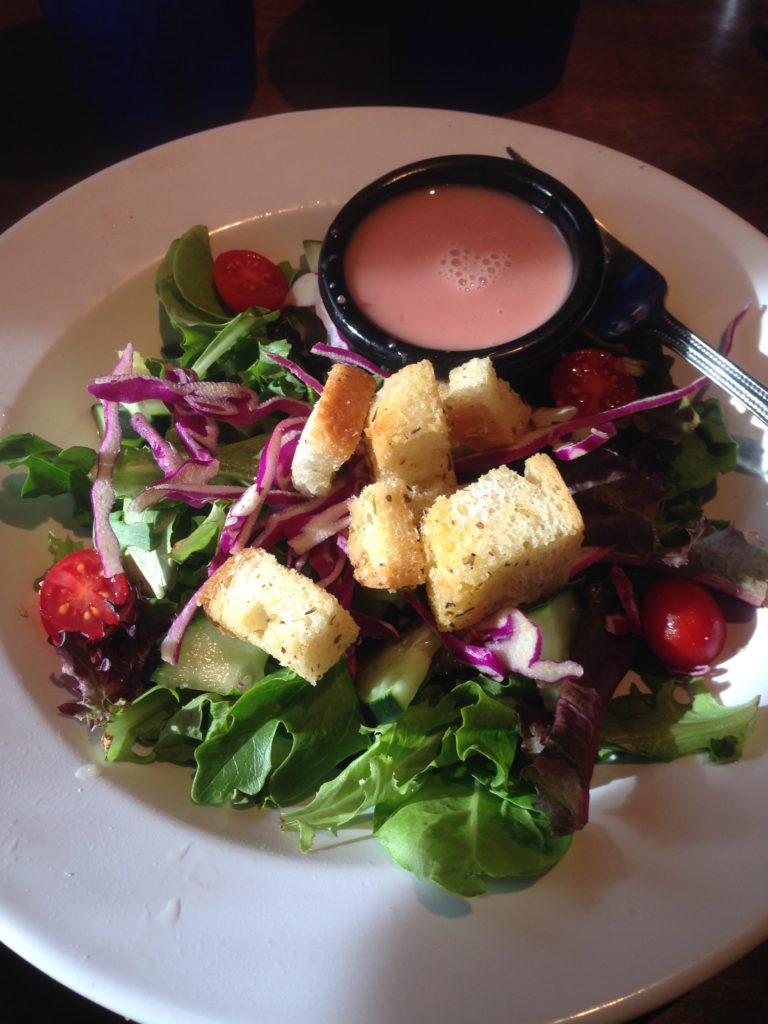 I got the Mama Spinatos “Signature” Fresh Spinach with a mound of spinach, cheese and tomatoes on thin crust- my favorite! 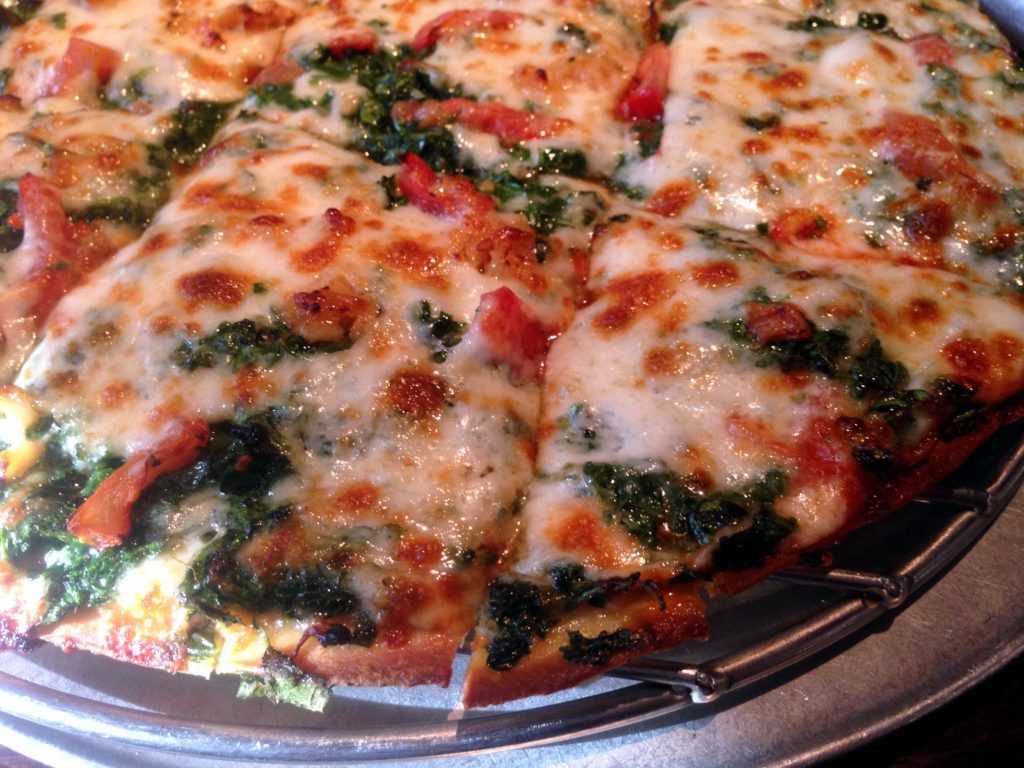 I also had a piece of Mr. Hungry’s “Get Meaty” pizza which was deep dish and fantastic! 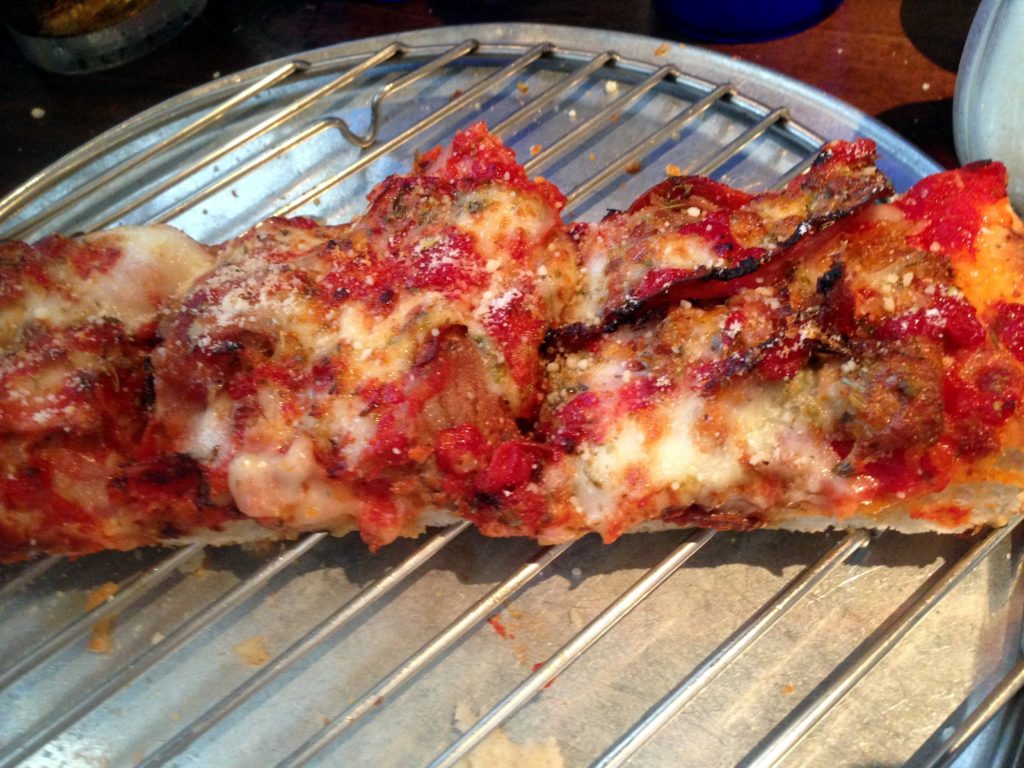 After dropping the guys off at home for their fantasy football draft I headed out to get the farmbox from Whole Foods.  The guys all had cannoli’s which is not my favorite so I also stopped for frozen yogurt on the way back.  Which I was really excited for and forgot to take a picture of and also forgot to get the farmbox out of the fridge till 2 hours later.  #frozenyogurtaholic

Saturday morning, while Mr. Hungry went golfing I slept in, like 11 hours slept in, I can’t even remember the last time I did that!  The rest of the day was a blur, I’m pretty sure there was leftover Pizza involved and a stop at Dutch Brothers?  The only picture I have is of this cookie, gelato, and wine we had at a friends house that night. 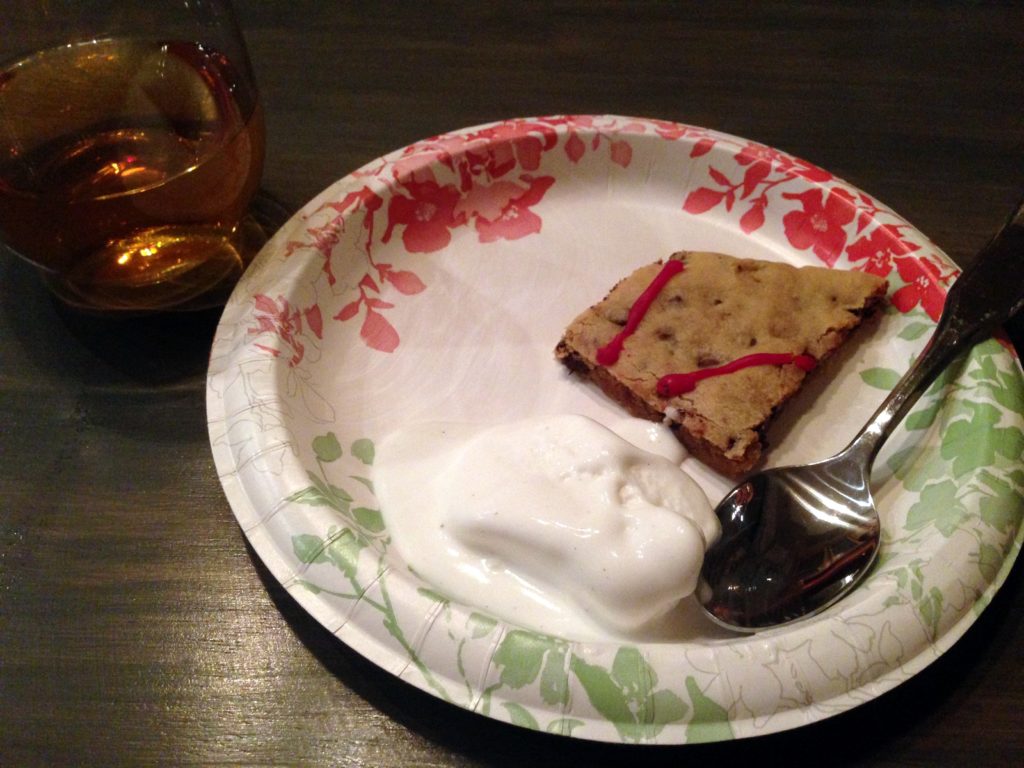 We slept in again, then got up to do a workout together.  We did an at home workout in the gym with lots of upper body sets.  I was complaining the whole time about how my heart rate wasn’t getting up and I wasn’t sweating, but I have to say I woke up Monday morning REALLY sore.  I’m just not use to constant weight lifting like a guy would do.  Most of the weight lifting I’ve done has been in circuit style or CrossFit.  Afterwards we made breakfast and did chores, I made another deli omelet like above.   A little while later it was pool and grilling time! 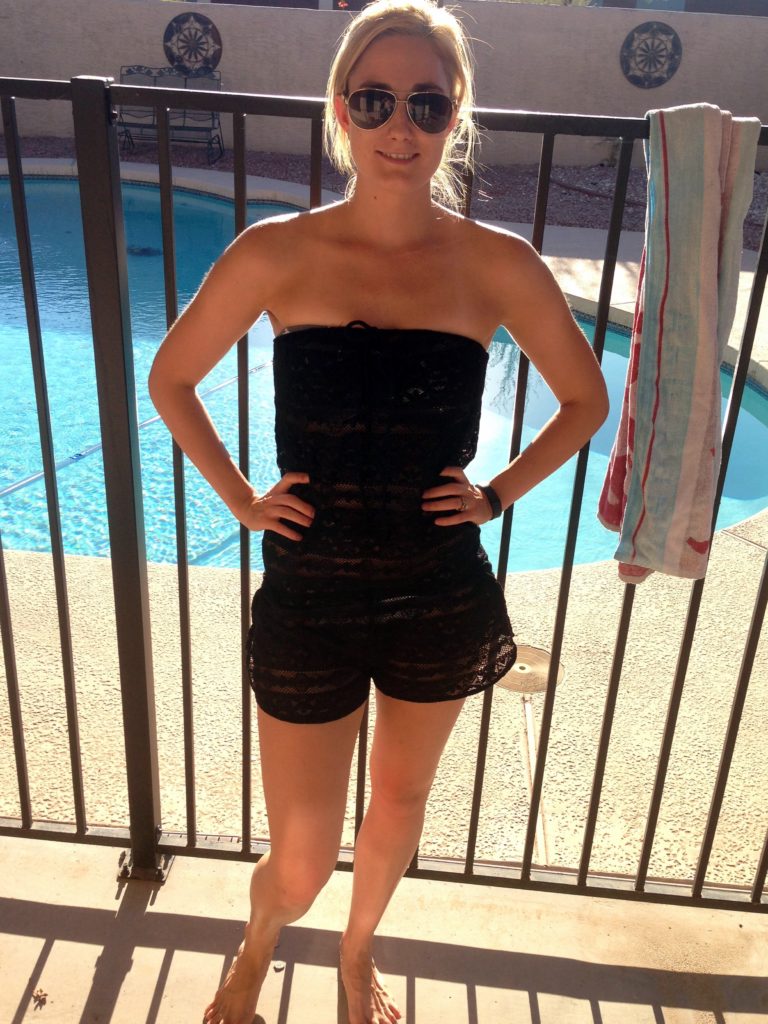 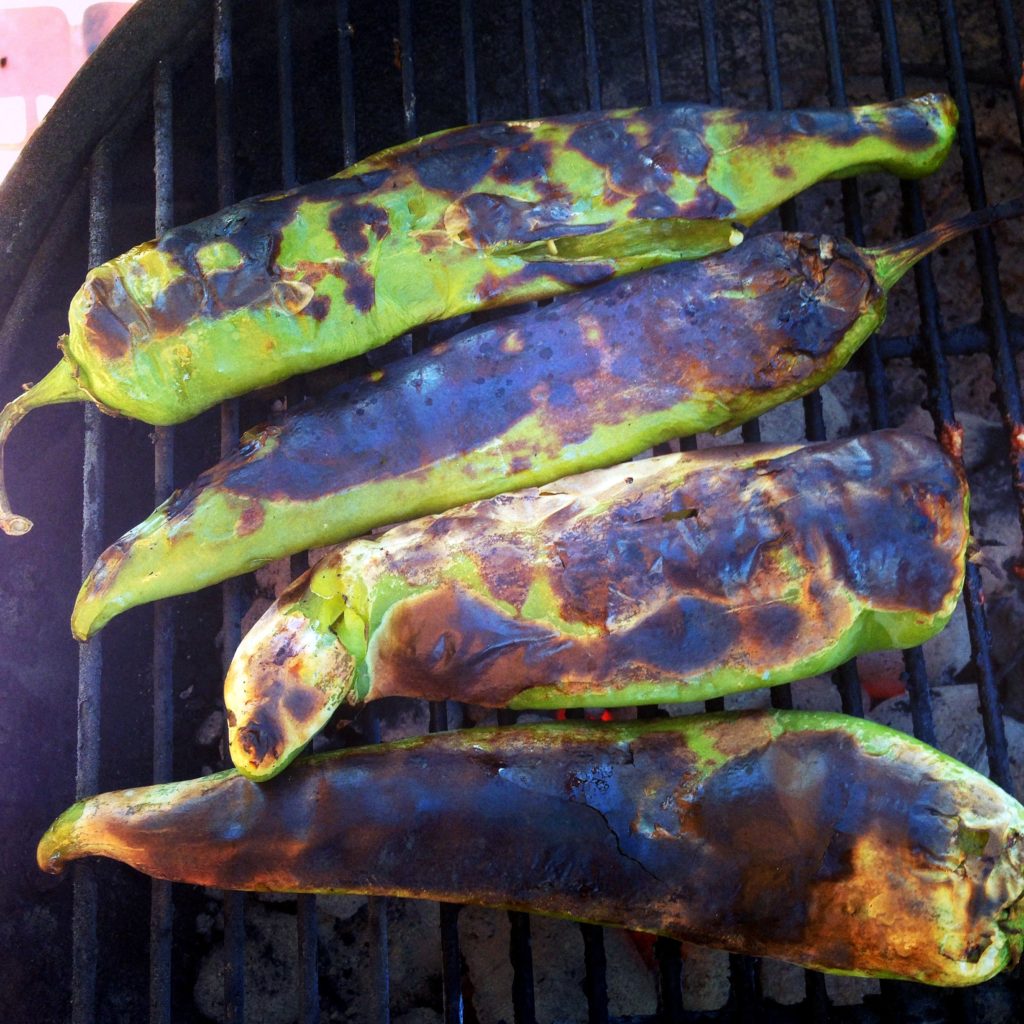 Apparently these chiles are a big deal?  Once I was done prepping them I wasn’t sure what to do with them, so I froze most of them in a ziplock bag.  I think I will have some fun sneaking them into recipes randomly! 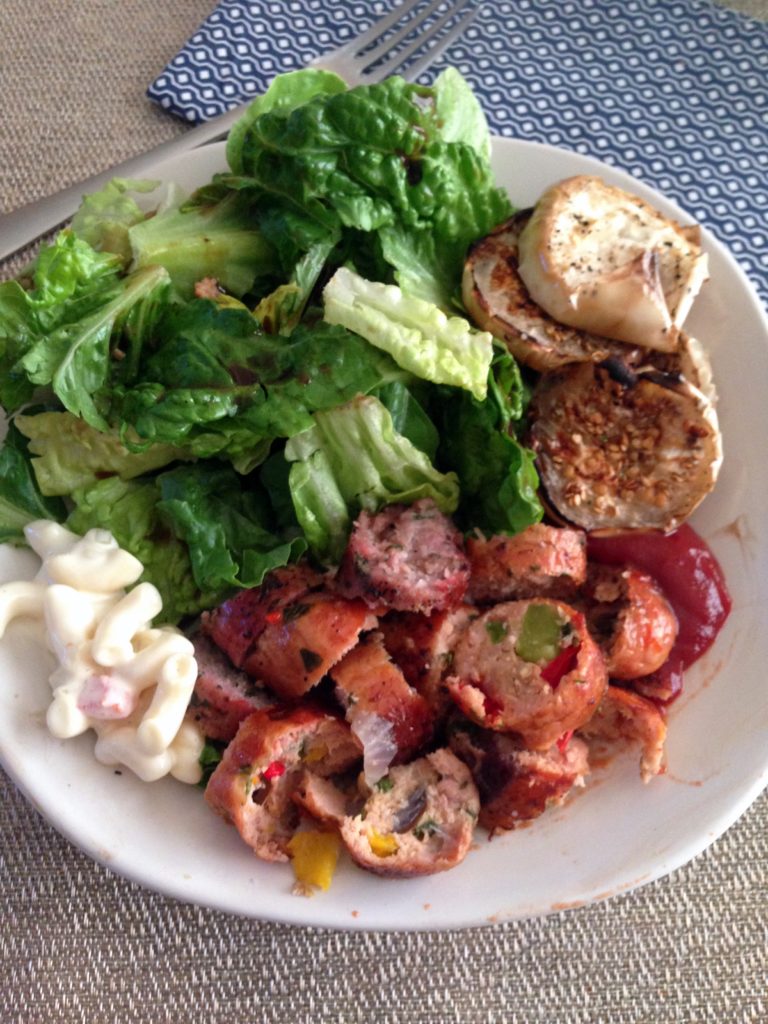 No more sleeping in, it was run time!  I headed to a greenbelt in Scottsdale to get my run on early in the morning.  I was nervous about my shin splints and how the inserts would feel but there was only one way to find out! 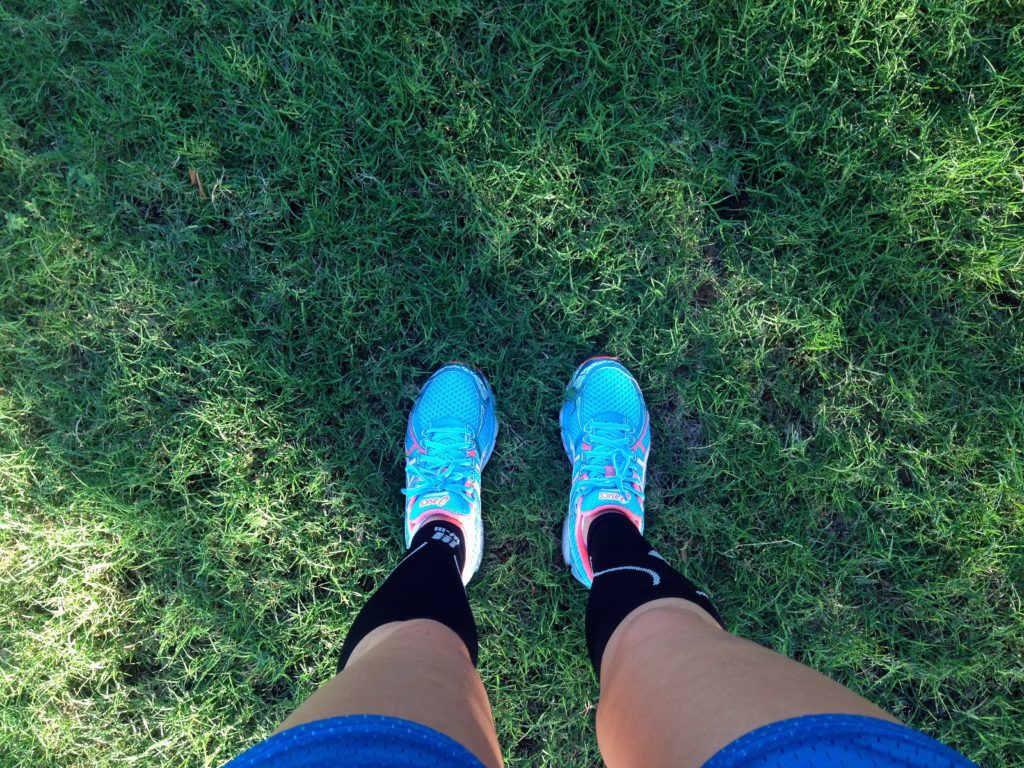 Things were feeling pretty good when I got to the halfway point.  This was the first time I stopped to take a few pictures before turning around. 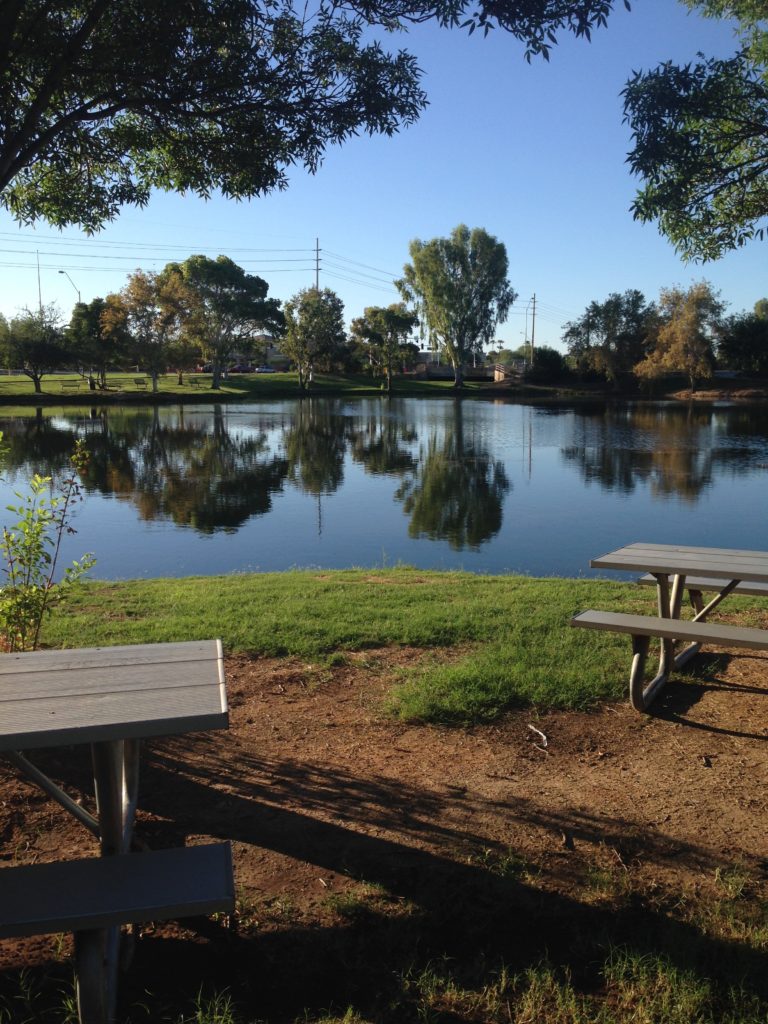 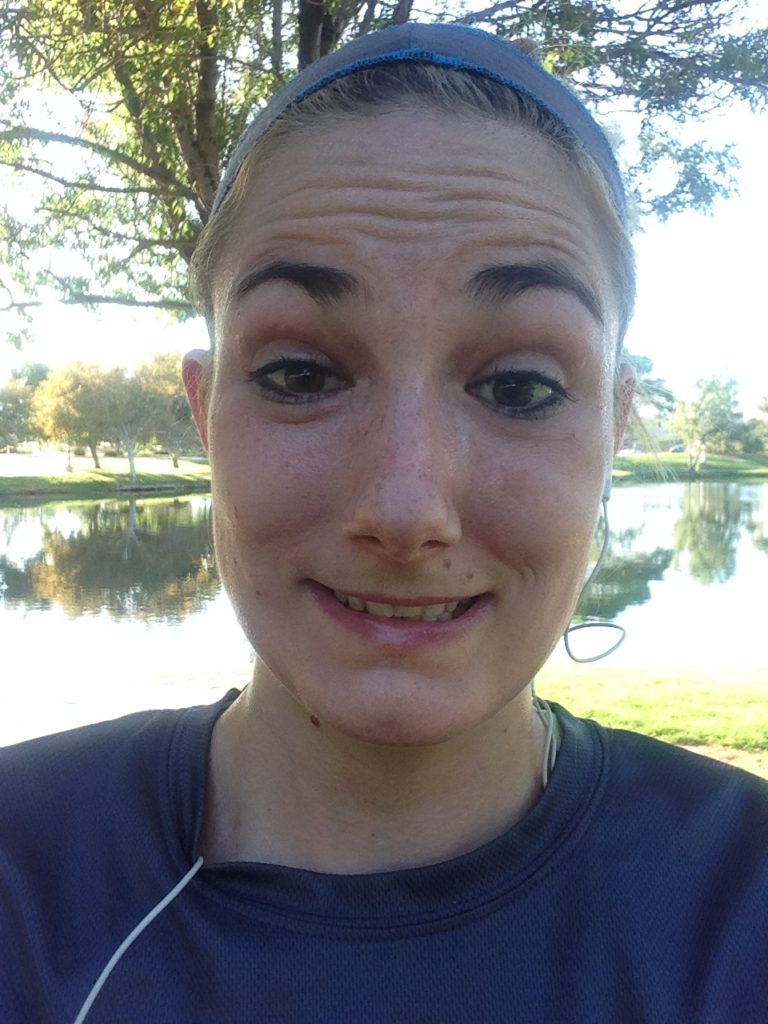 Around the end of the 5th mile though I started to get pain on my outer hip.  I feared that was going to happen when I went for high arch supports, I’ll have to exchange them for mid supports or custom.  Mr. Hungry thinks I need to stop blaming the shoes, clearly I’m not listening.  I know my body complains a lot until I have the perfect combo of shoes (last year it was brooks adrenaline with custom inserts) and then I’m fine.  I just got to keep trying combinations till I find the right one.!

Run was followed by the return of the Pumpkin Protein Green Smoothie!  YES!!!!!! Hello Fall (Who cares if it’s still 108 in Phoenix right?) 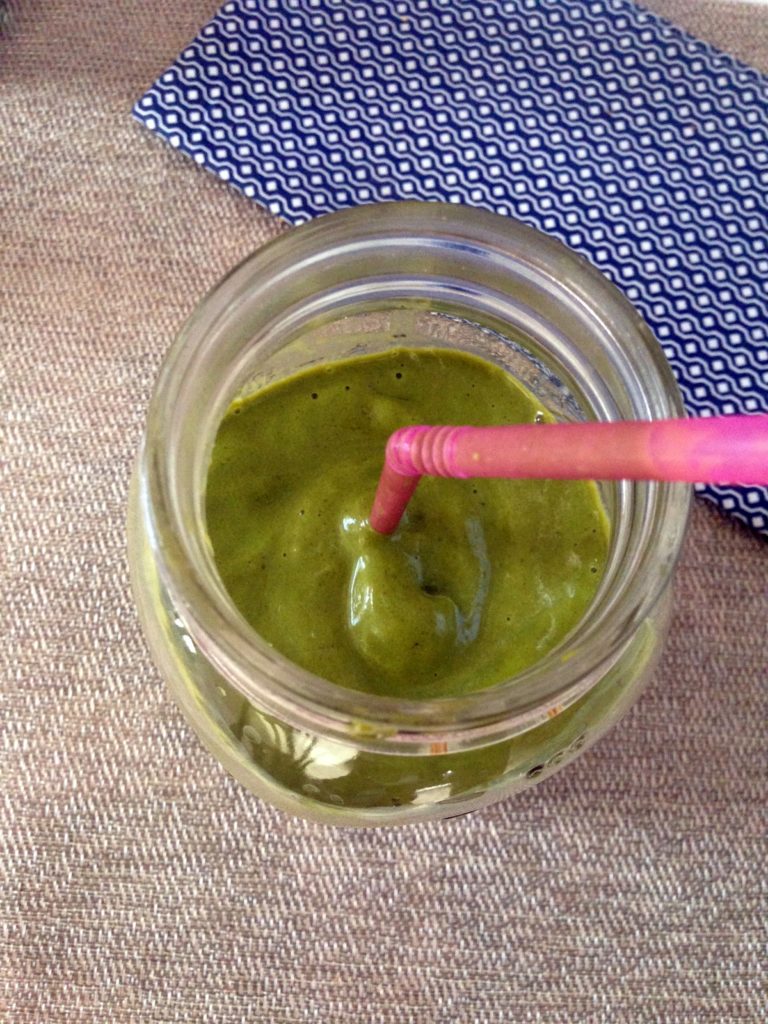 The rest of the day was pretty relaxed and laid back, I just caught up on all the freelance/contract work I had planned to do but didn’t.  I must say I did a lot of reading and learning that I don’t usually have time to do though, so I don’t feel like I wasted all the extra time I had.  Plus the extra sleep felt GLORIOUS! Hope you had a good one! 🙂

How was your Labor Day Weekend?  Did you go anywhere or hang out at home?