Hi, friends! So as you guys know I’ve had my Instant Pot a while now.  I honestly don’t think that I would have ever wanted to try making my own yogurt before. Like I wouldn’t have sought out a yogurt maker, but since one of my biggest complaints about the IP is that the slow cooker function doesn’t work (see my full review of the IP here) I figured I should try the yogurt maker.

Okay so I’m going to take you on a quick tutorial of how I did it, then at the end I’ll share some pros and cons of making your own yogurt! 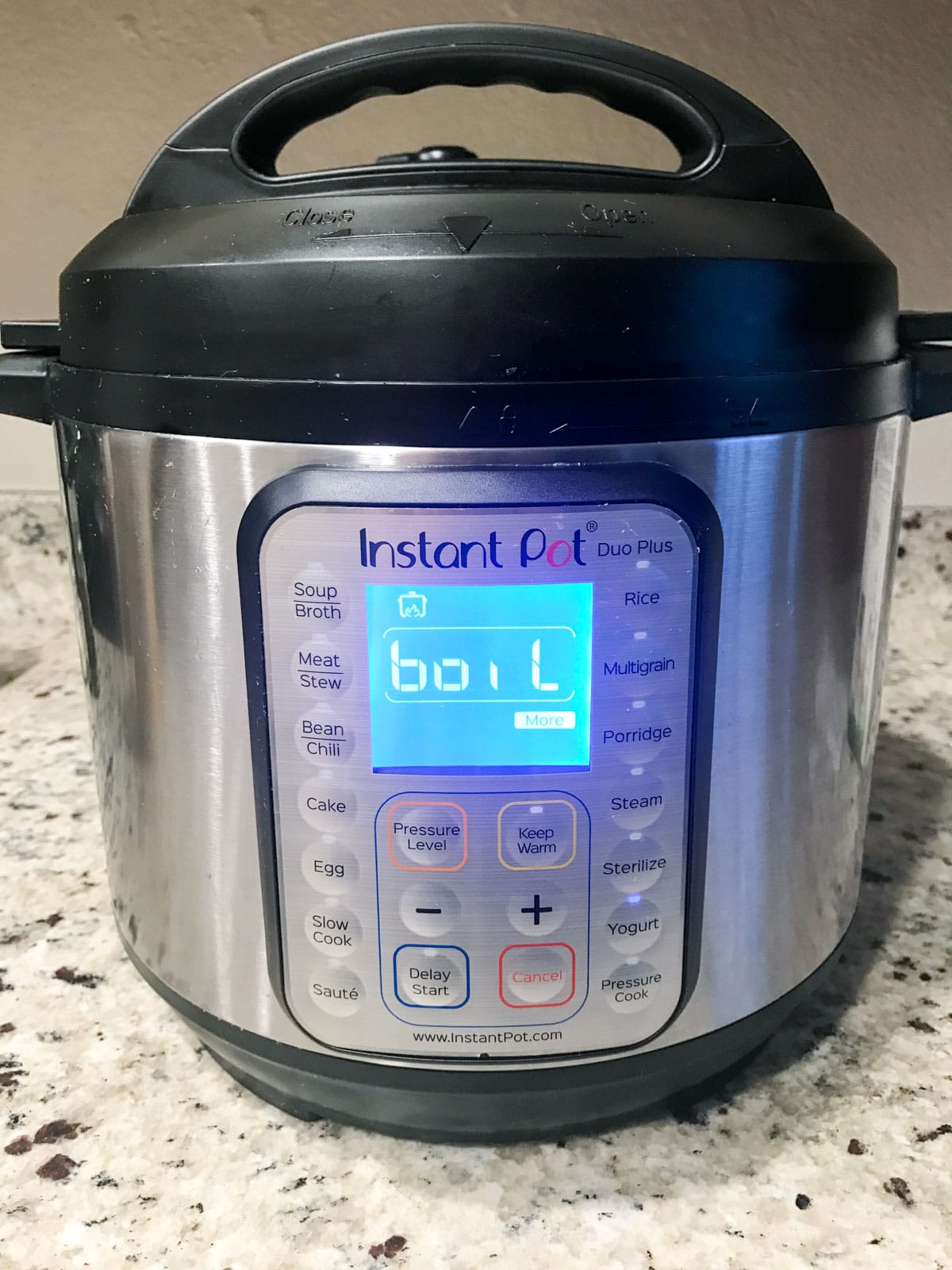 Add 1/2 gallon to 1 gallon of milk to your IP, close the lid, and press the Yogurt button. (PS I used 100% grassfed whole milk, but you can literally use whatever dairy milk you want.  It’s a different process for making nondairy yogurt.)  The world boil will appear and it will start timing 2 hours.  I started mine at 6 am and it was ready at 8 am.  Mine wasn’t quite 180F yet so I pressed the saute function and let the milk come to 180F.  Make sure you stir it once or twice then recheck the temperature so that you know the milk is evenly heated. 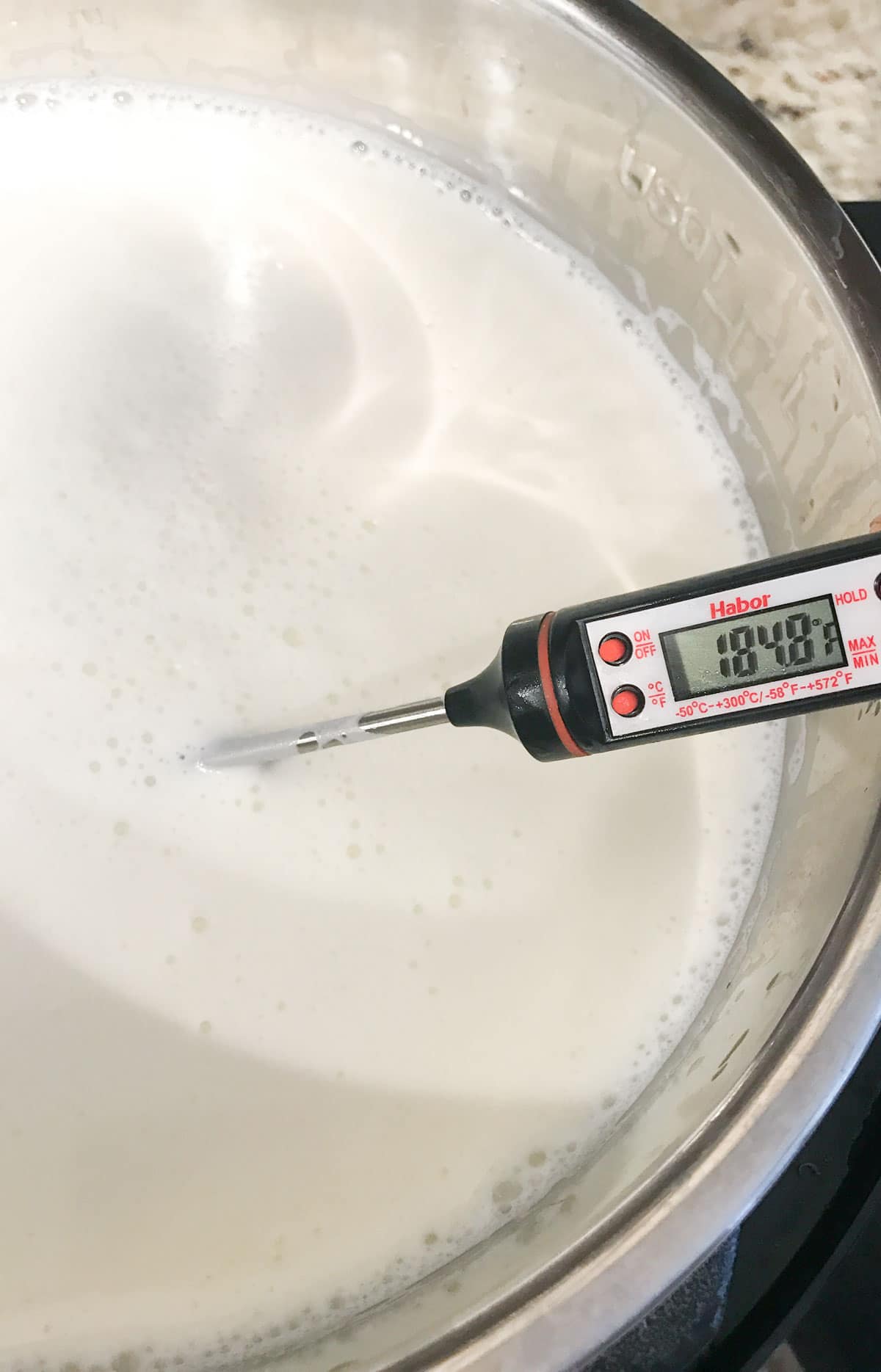 You have two options here. 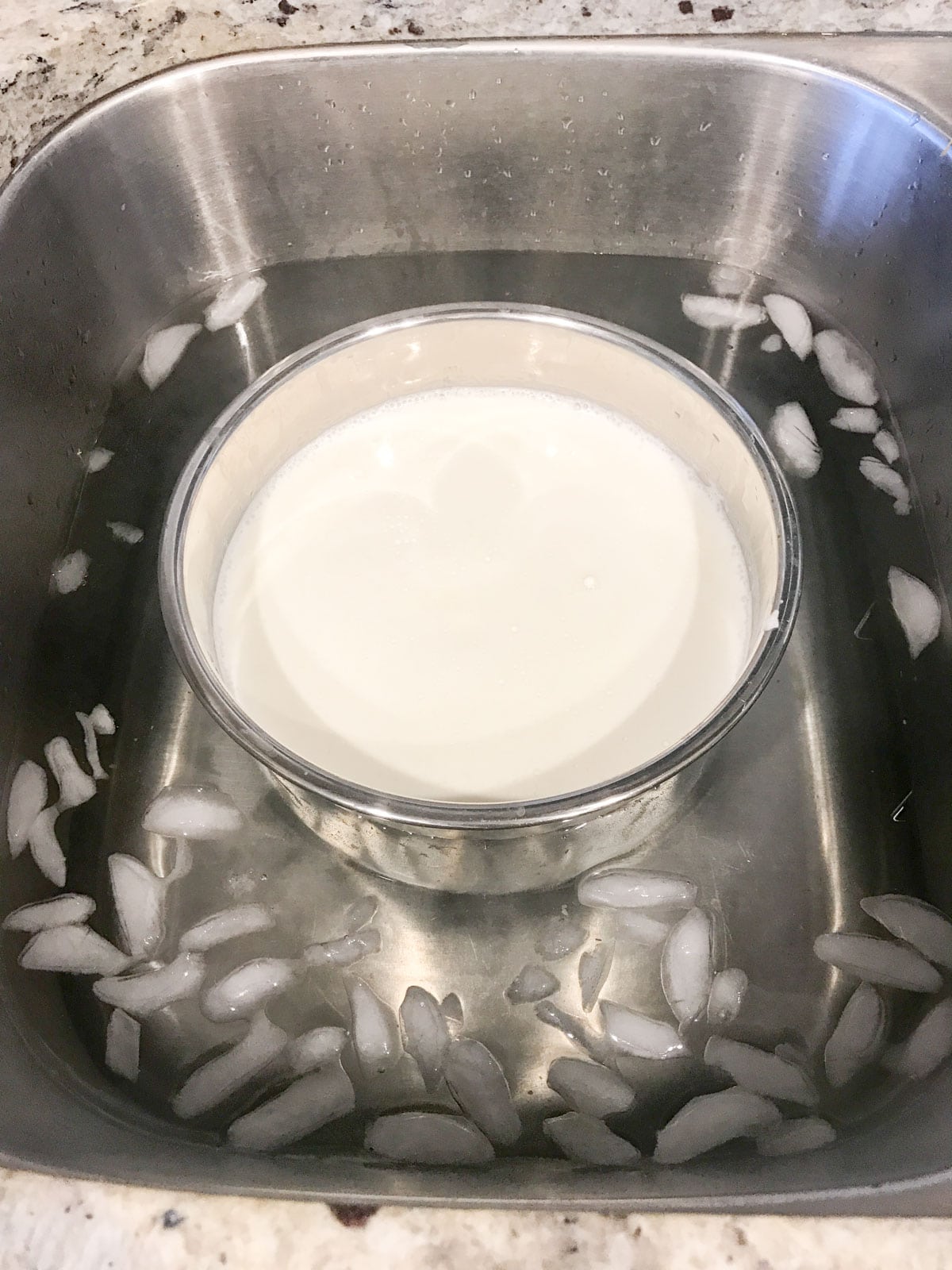 I wouldn’t recommend the ice cubes though because mine cooled almost too fast.  In fact, by the time I caught it was down to 98F, I kept making my yogurt but I think it’s ideal to have it around 105-115F. 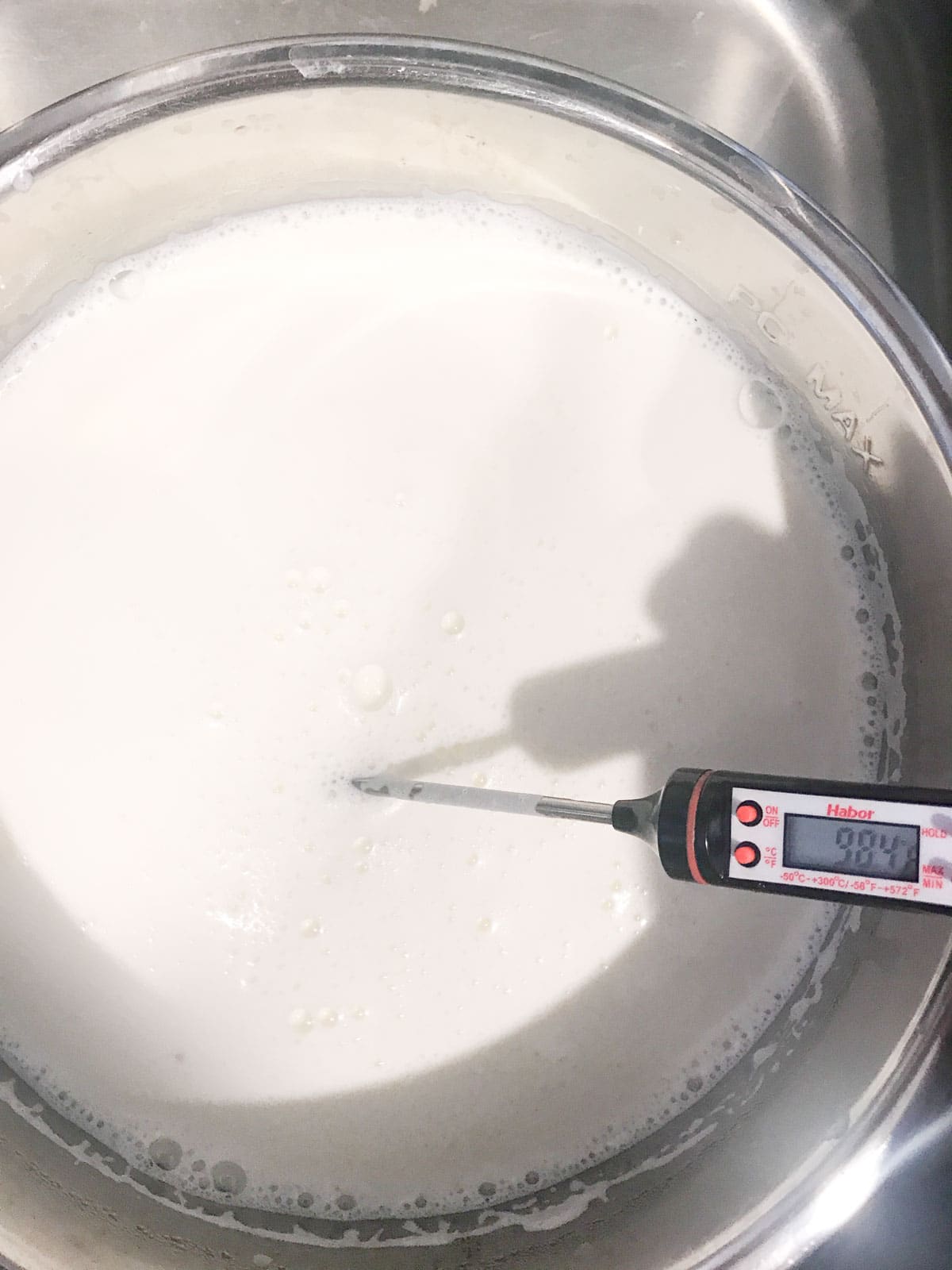 The next step is to add a yogurt starter.  It doesn’t matter what brand you use or if it’s greek or regular, just as long as it’s plain.  You’ll want to whisk in three tablespoons until well combined with the milk.  I read stories online about metal whisks leaving a gross metallic taste in the yogurt but I didn’t have that problem. 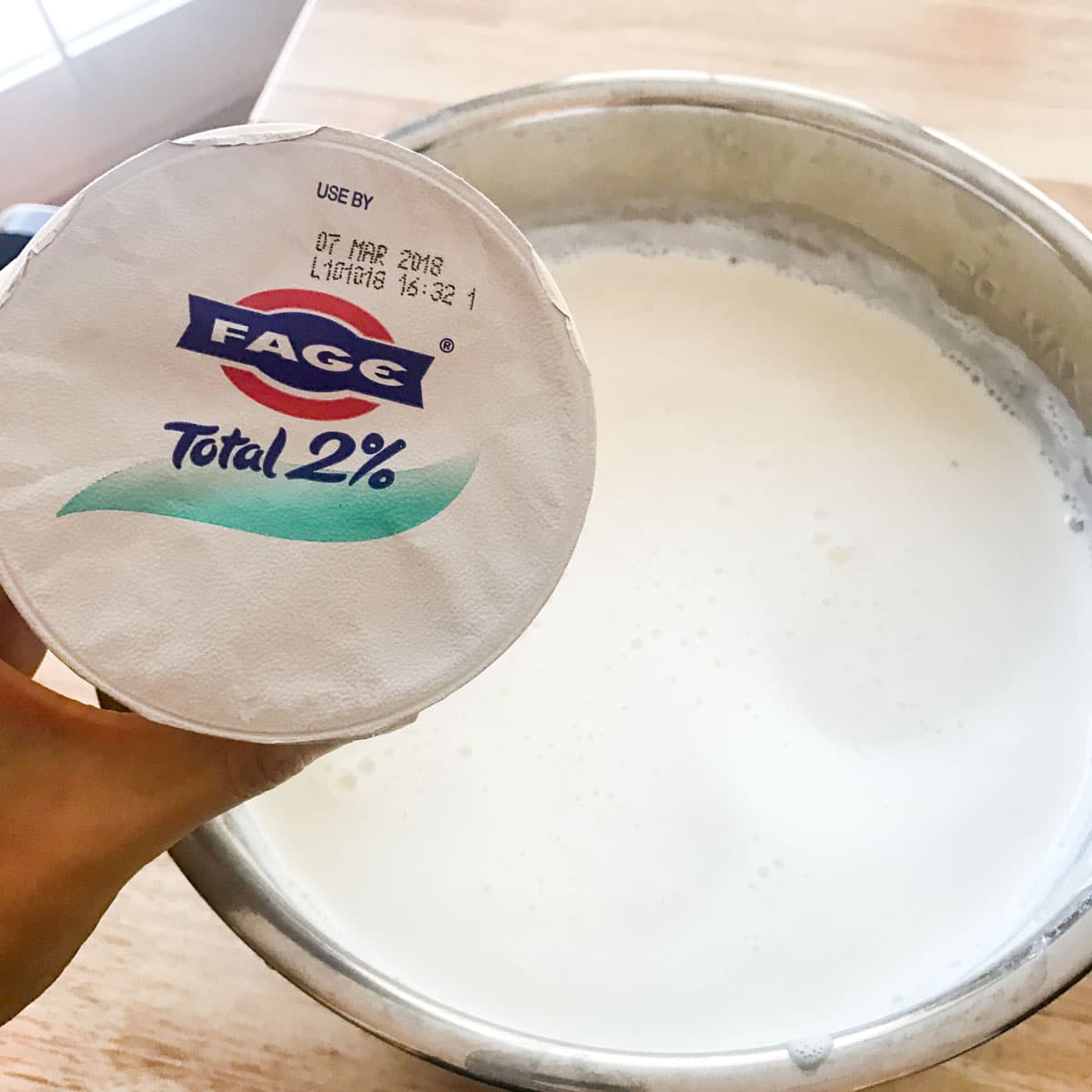 Now you add your steel insert back to your Instant Pot (if you took it out), place the lid back on, and press the yogurt button again.   The countdown will be for 8 hours.  This isn’t a pressure cooking function so I felt comfortable leaving my house while it was cooking, but you may not so plan accordingly. 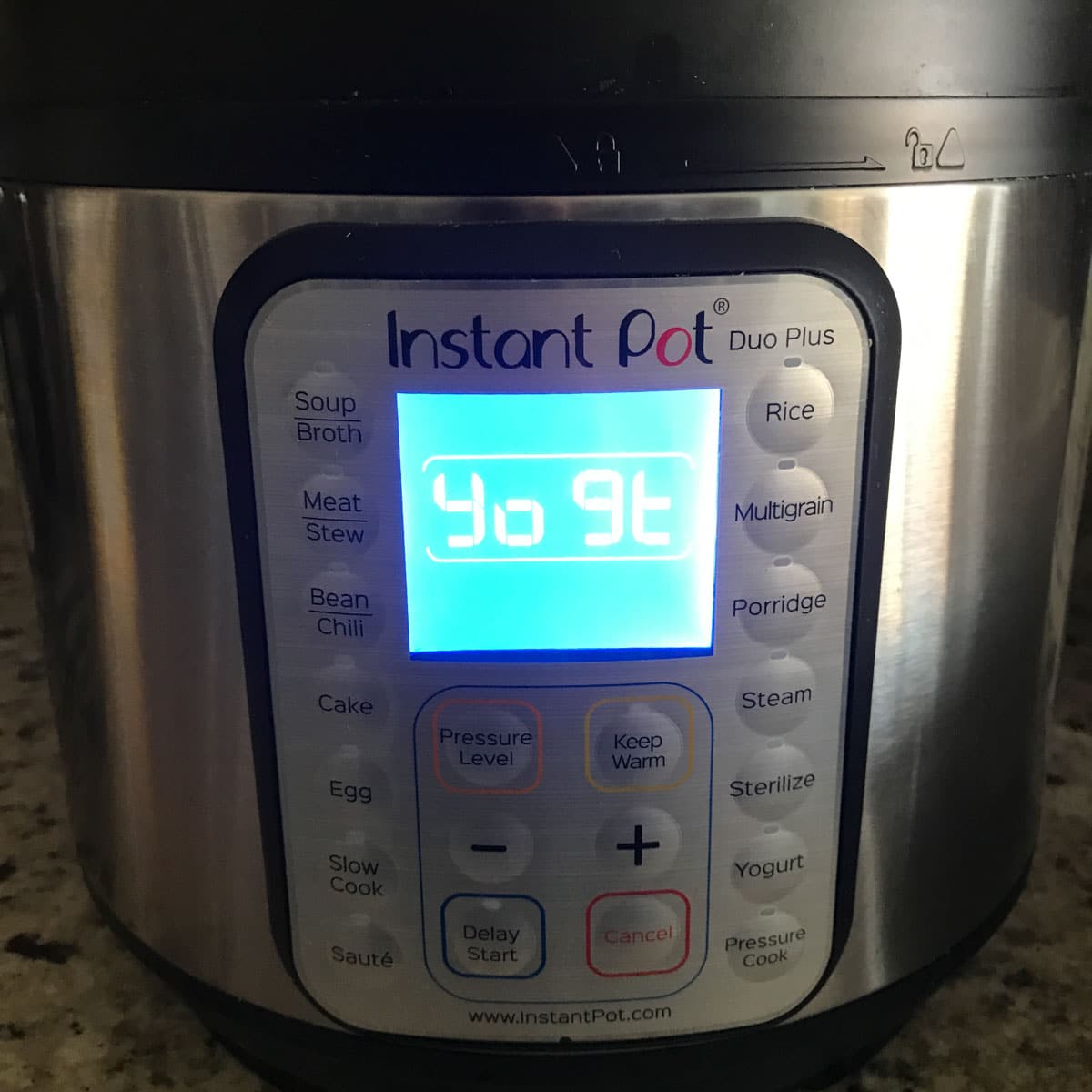 I wanted greek yogurt, so when the yogurt function was done I decided to strain my yogurt through a mesh strainer.  Unfortunately, the only strainer that large also had large slits on the side that the yogurt would leak from.  Eventually, I rigged something to make it work.  Mr. Hungry was sure confused to see this in the fridge when he got home. 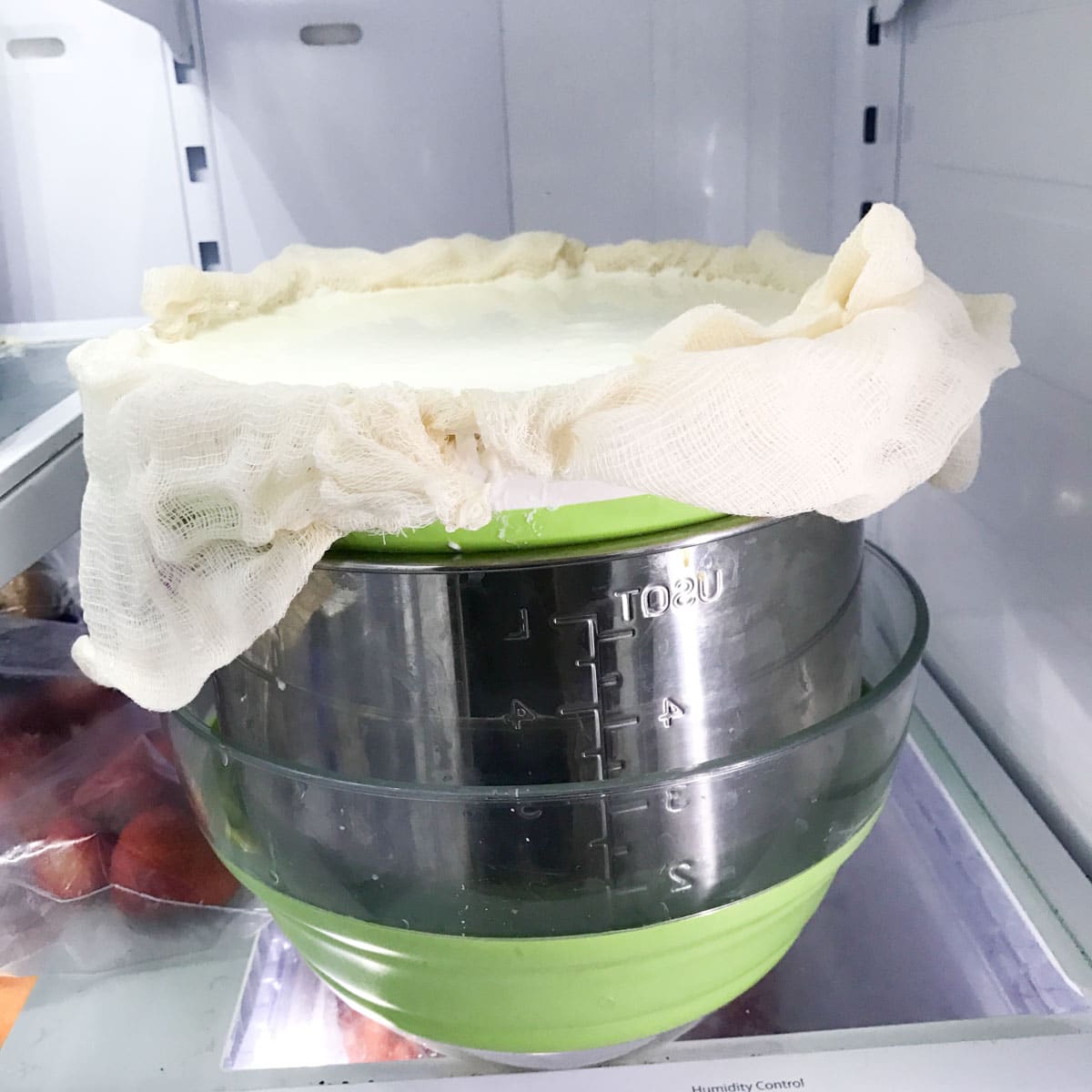 I strained mine for 5 hours which meant it was nice and thick when I was done with it.  I did not save the whey portion (the liquid that is strained) I know their applications for it, but to be honest I would never do any of them.  The recipe yielded 78-90 ounces of greek yogurt, which I think was quite a bit for starting out with 1 gallon of milk.

Pros of making your own yogurt:

Cons of making your own yogurt:

Would I do it again?

Sure!  I mean it was kind of inconvenient, but also a money saver.  So obviously on a slow weekend or day, I might do it.