Happy Humpday Wednesday!  Last week I recorded a day in the life post for you guys!  I know that you guys love these (because you tell me all the time on every survey ever lol), and I love recording them!  So, here we go!

4:30 AM:  I wake up, grab a coffee with collagen plus half and half, and then get to work on my high protein low carb breakfast roundup.  I barely finish it before KJ wakes up! 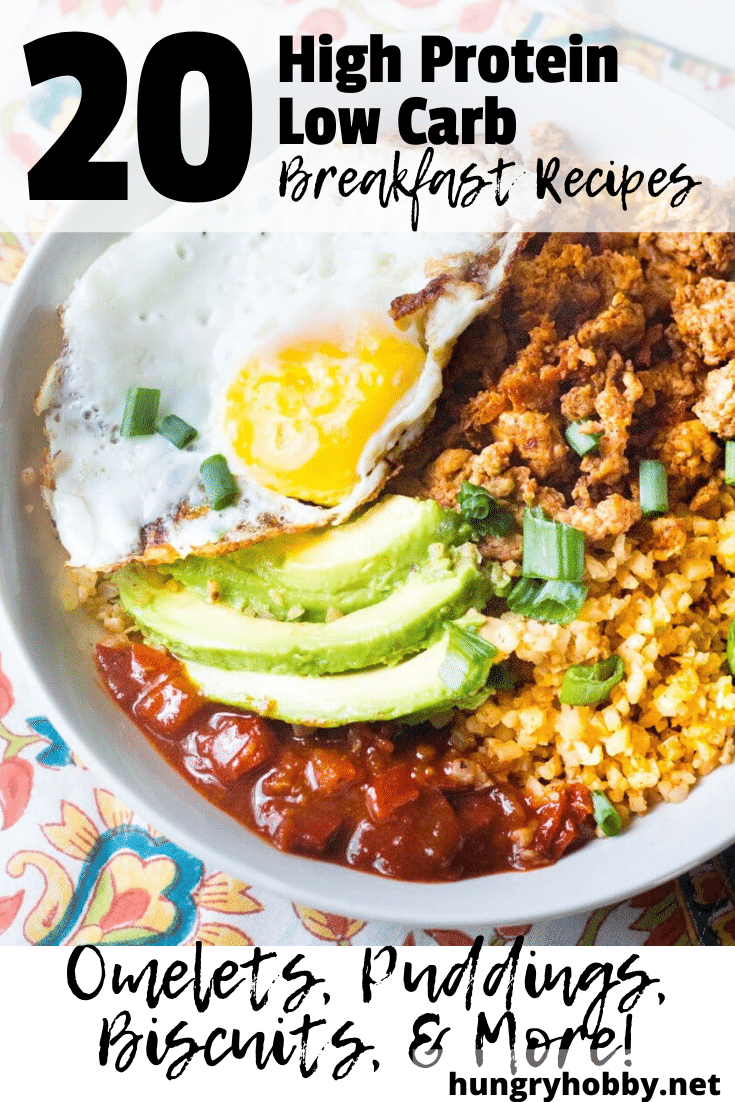 6:00 AM – KJ wakes up and eats a vans waffles from my Sprouts Grocery Haul, leftover freezer steel-cut oats, and doesn’t touch the pears I gave him.  In between giving him bites of food, I fry up two eggs on sourdough toast. Usually, I add a piece of Colby jack cheese, but my appetite was ZERO this day.

Typical for the beginning of my cycle (appetite does fluctuate with your period, read about that here.) 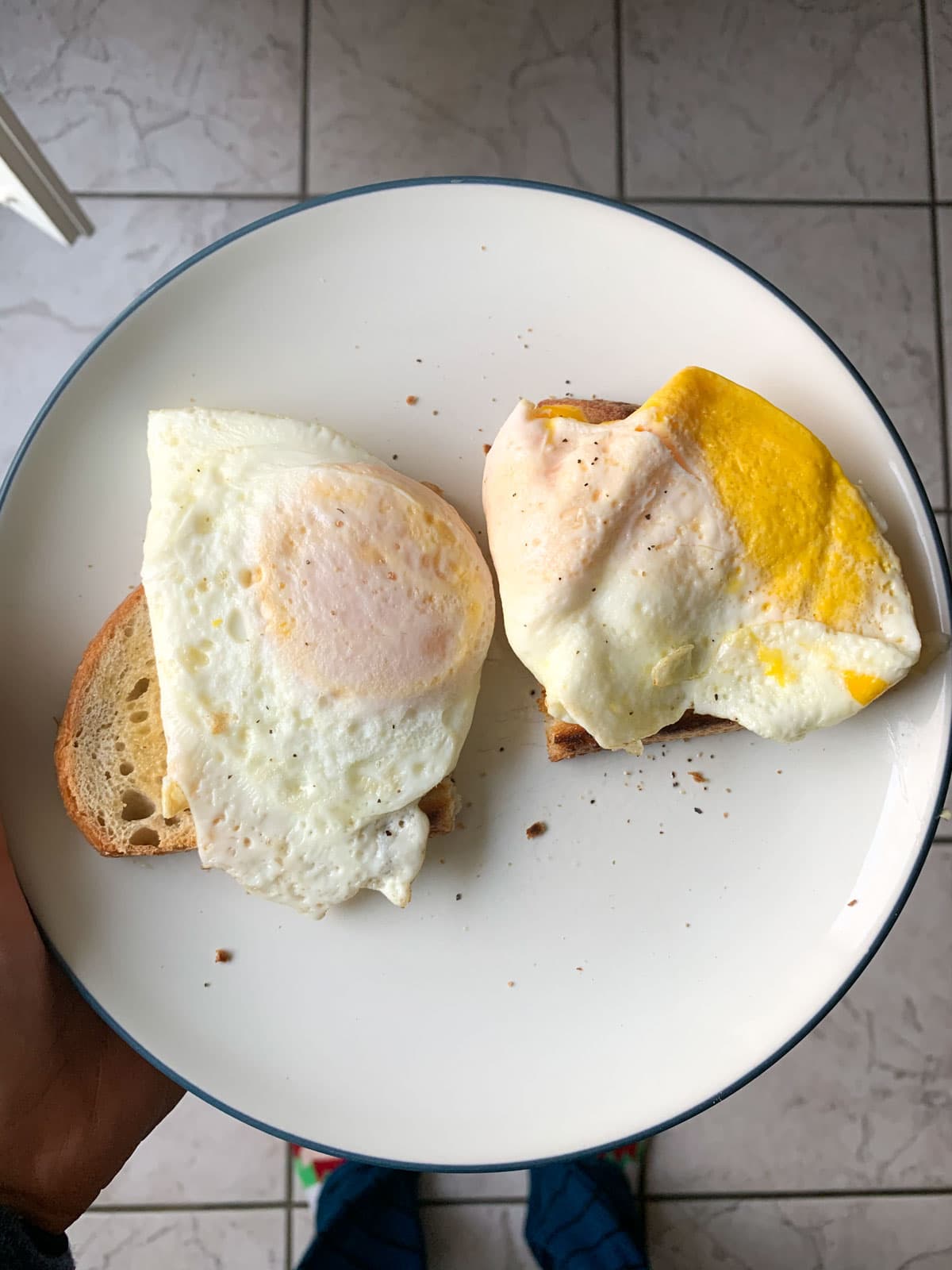 I decided to make some quinoa oat bars for KJ to have as a snack, breakfast, whatever. So I threw some quinoa in the instant pot and got started while KJ destroyed the kitchen. 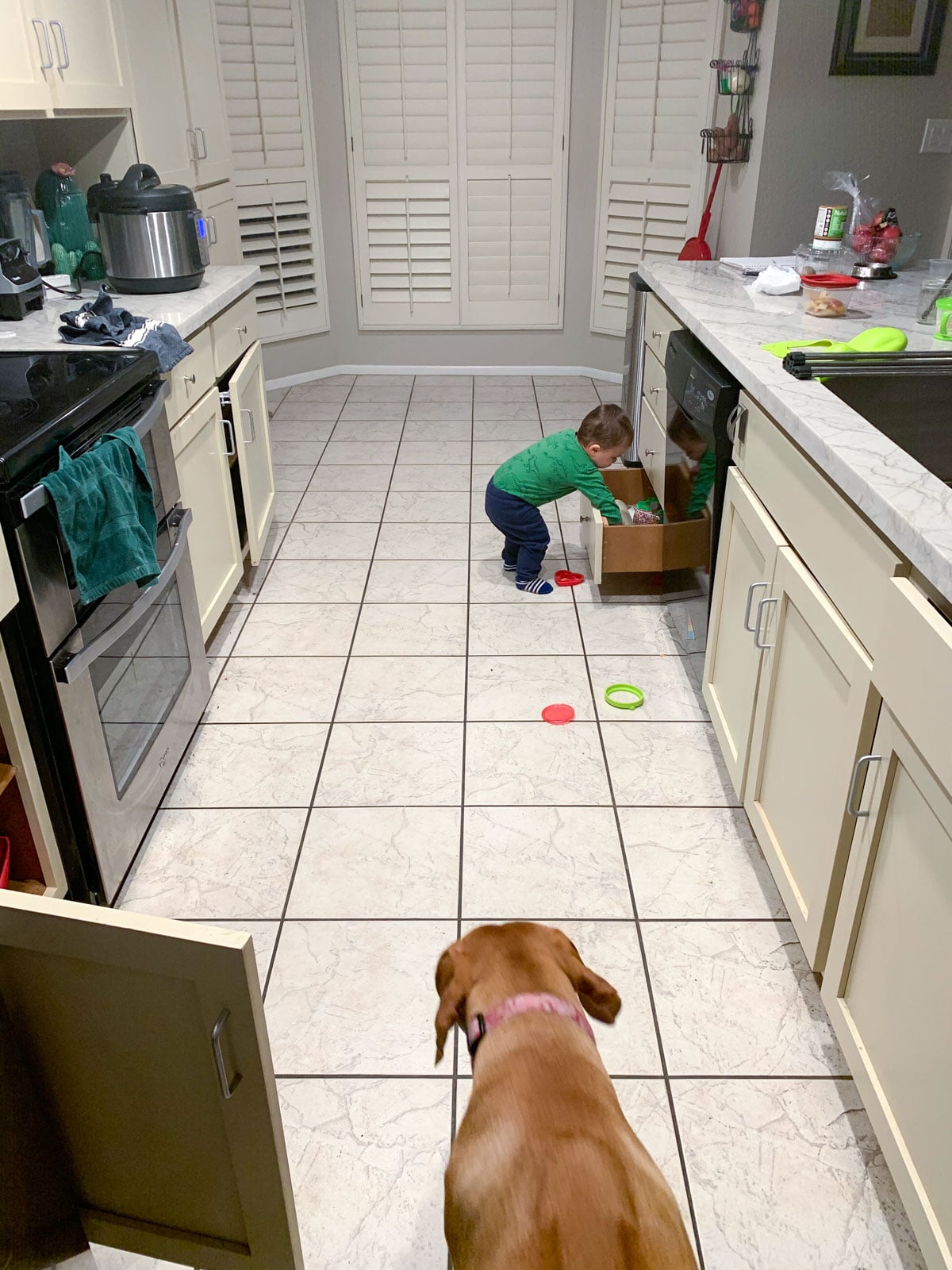 I decided on making my pumpkin apple quinoa bar recipe, which is so old that it doesn’t even have a printable recipe card in the post.  I have several versions of this bar on my site, including cranberry date quinoa bars, banana walnut quinoa bars, and cinnamon apple quinoa bars that have been updated more recently. 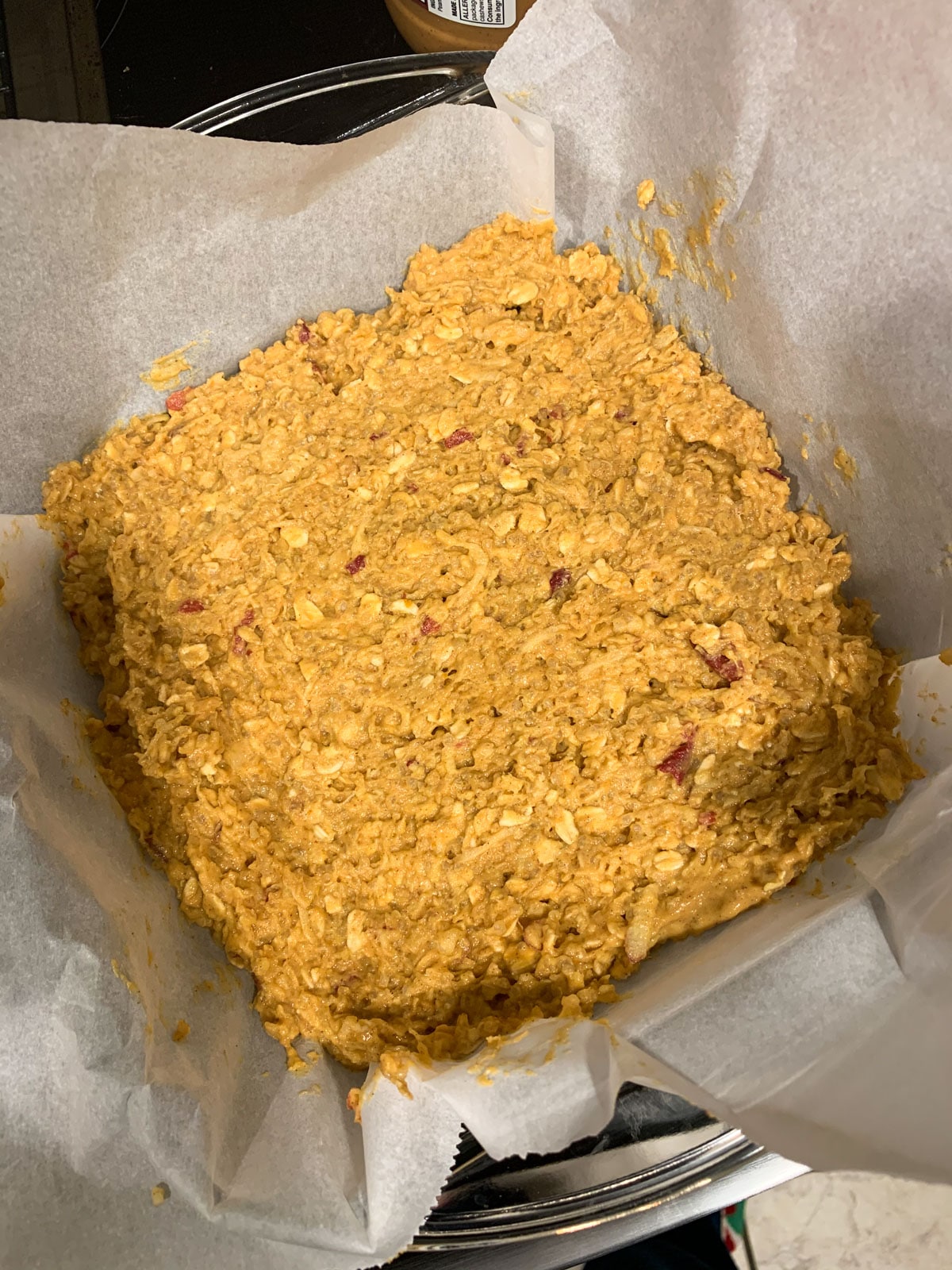 I chose to freeze the leftover quinoa and pumpkin in one cup portions, which has worked out so well because I already remade these bars this weekend, and all I had to do was pull them out of the freezer, not remake more quinoa. 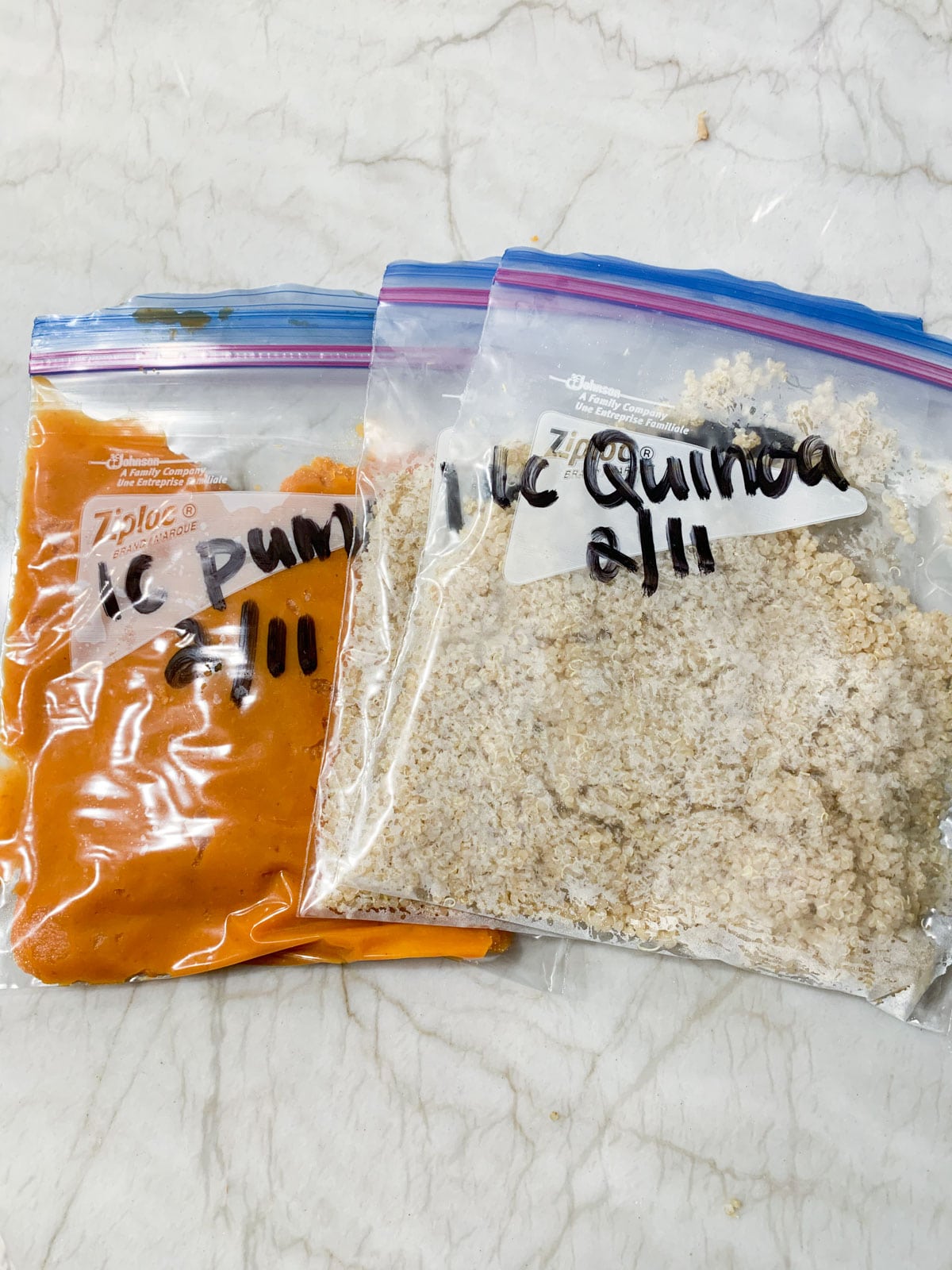 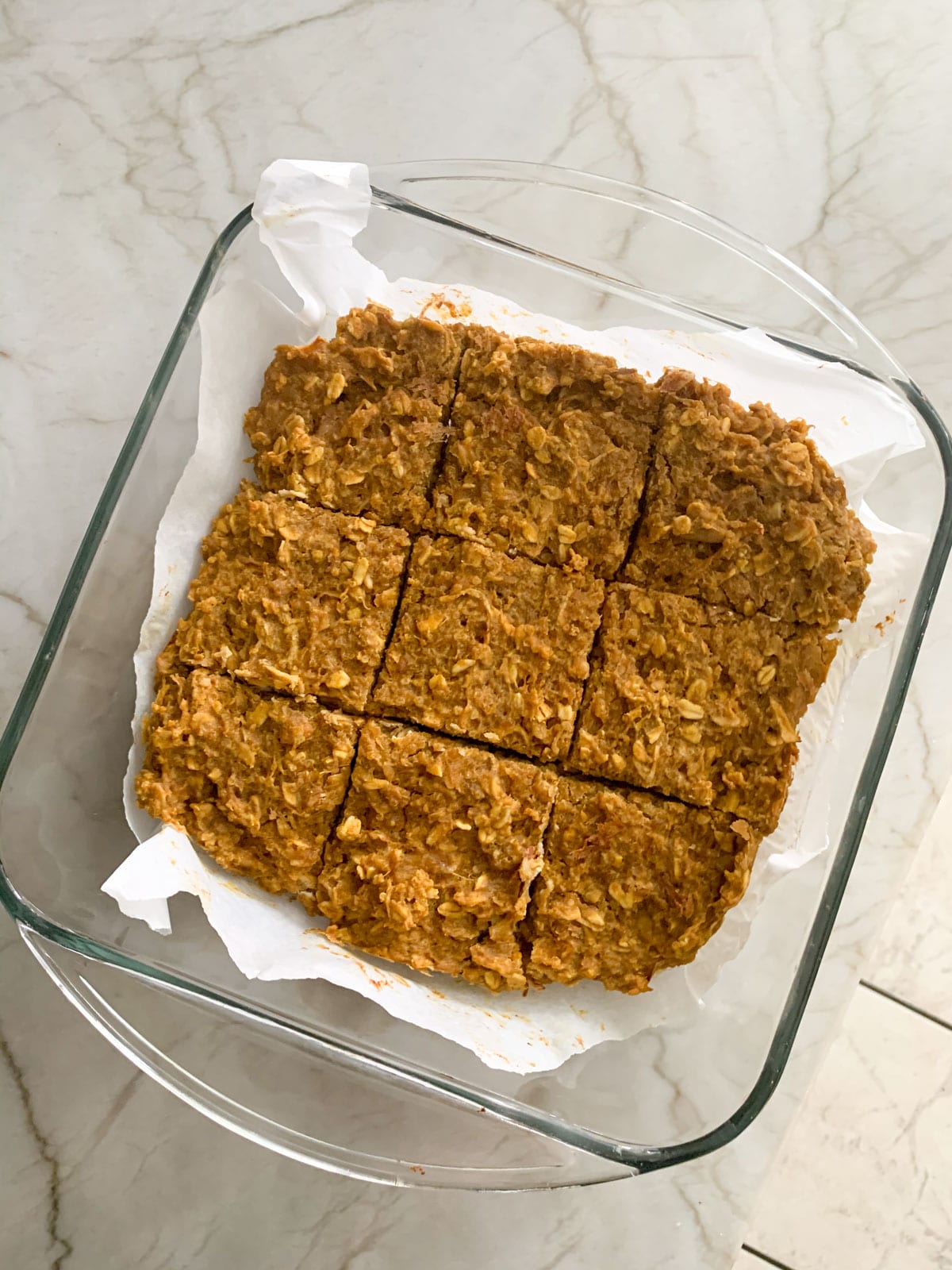 The sitter is usually at the house Tuesday mornings, but she called in sick, so my MIL came over from 9-12, so that was work blitz time!  She also brought me a Starbucks blonde roast because she is the BEST! 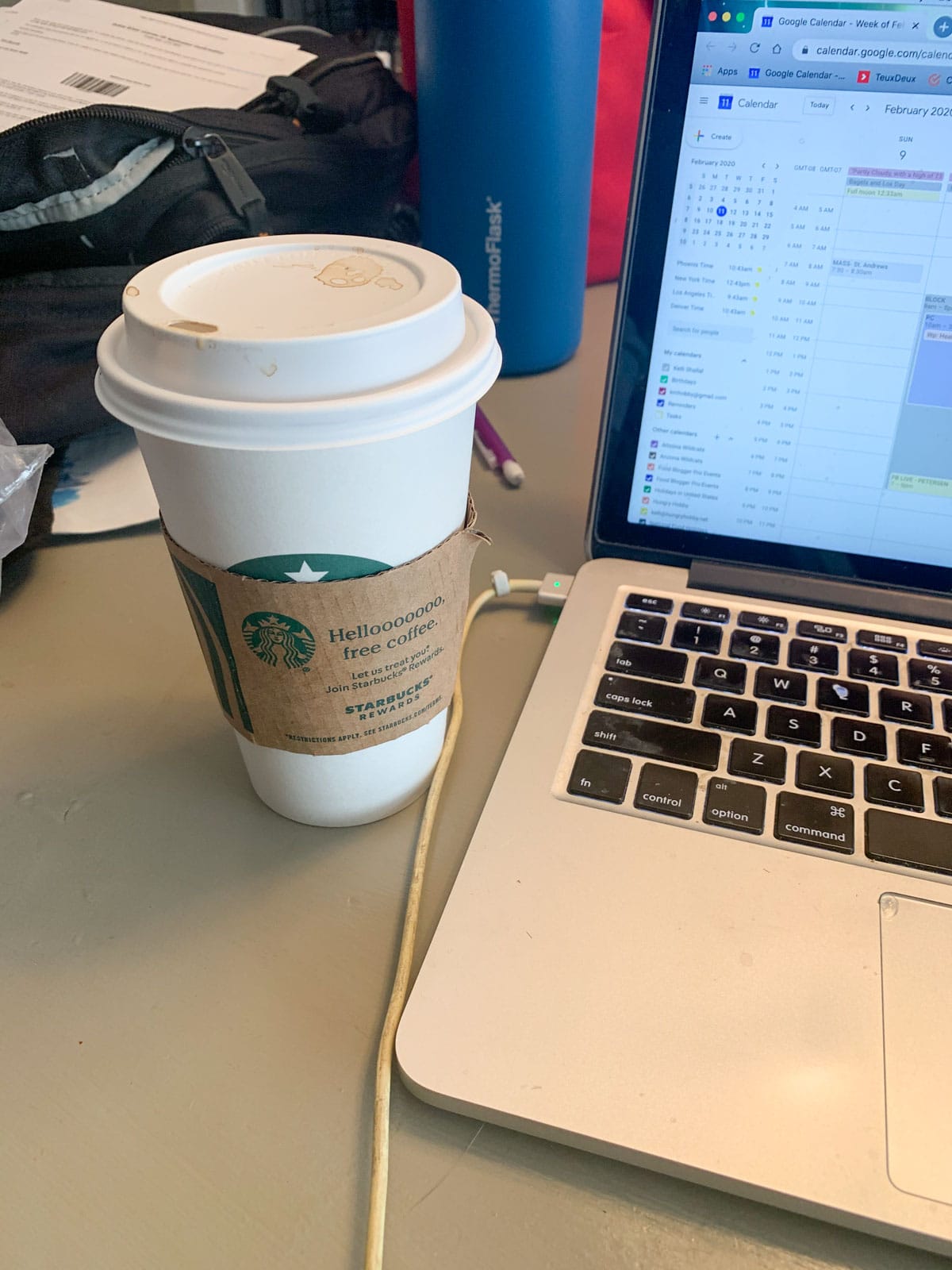 I worked on getting my forever out of control inbox tamed, a video edited, and sharing the roundup post while sipping my delicious coffee.  After KJ went down for a nap, my MIL left, and I got to filming an IGTV video for my spicy tuna cakes. 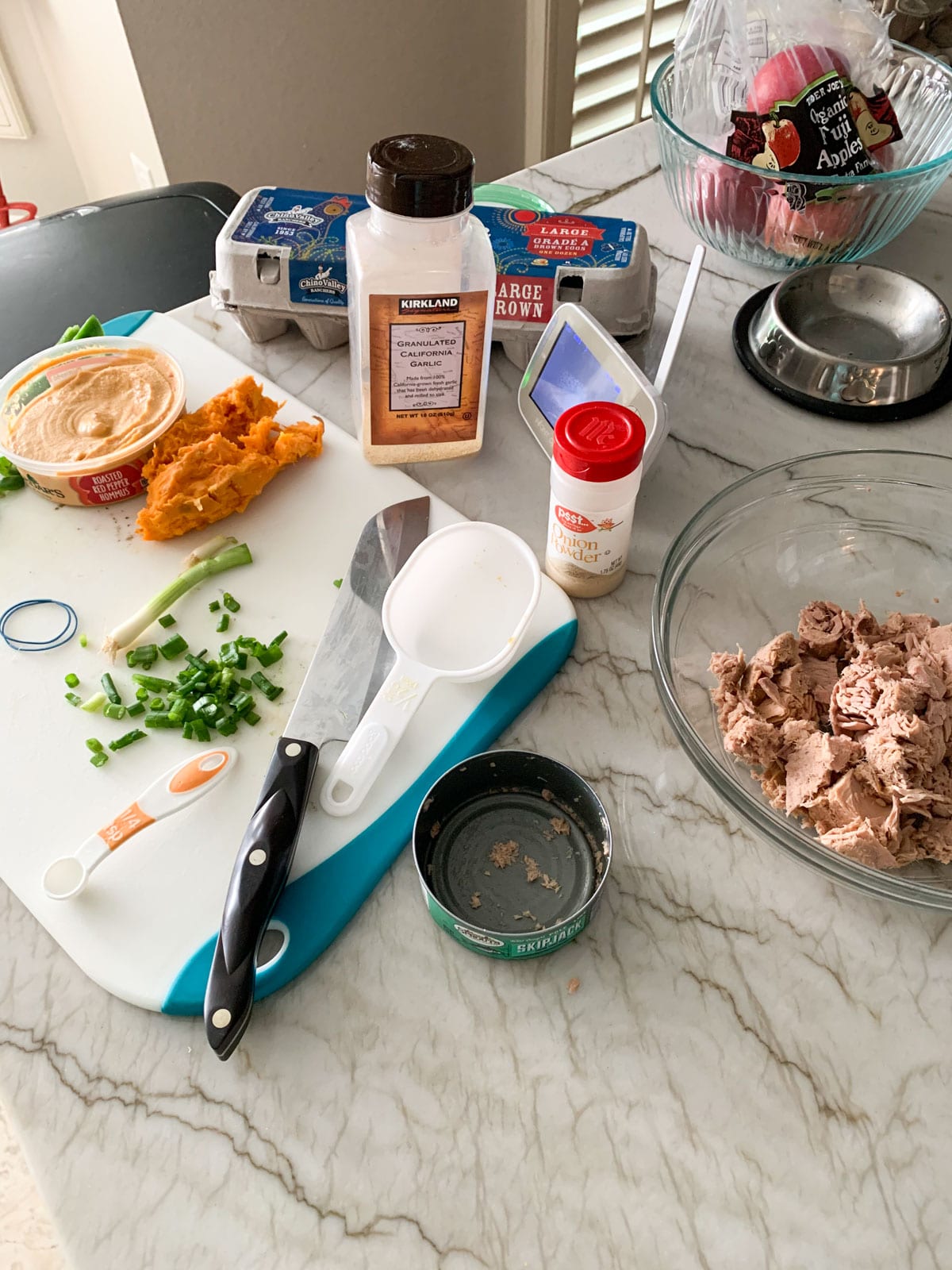 My appetite was still weird, but I knew I needed to eat something before working out, so I had an RX bar (affiliate link). 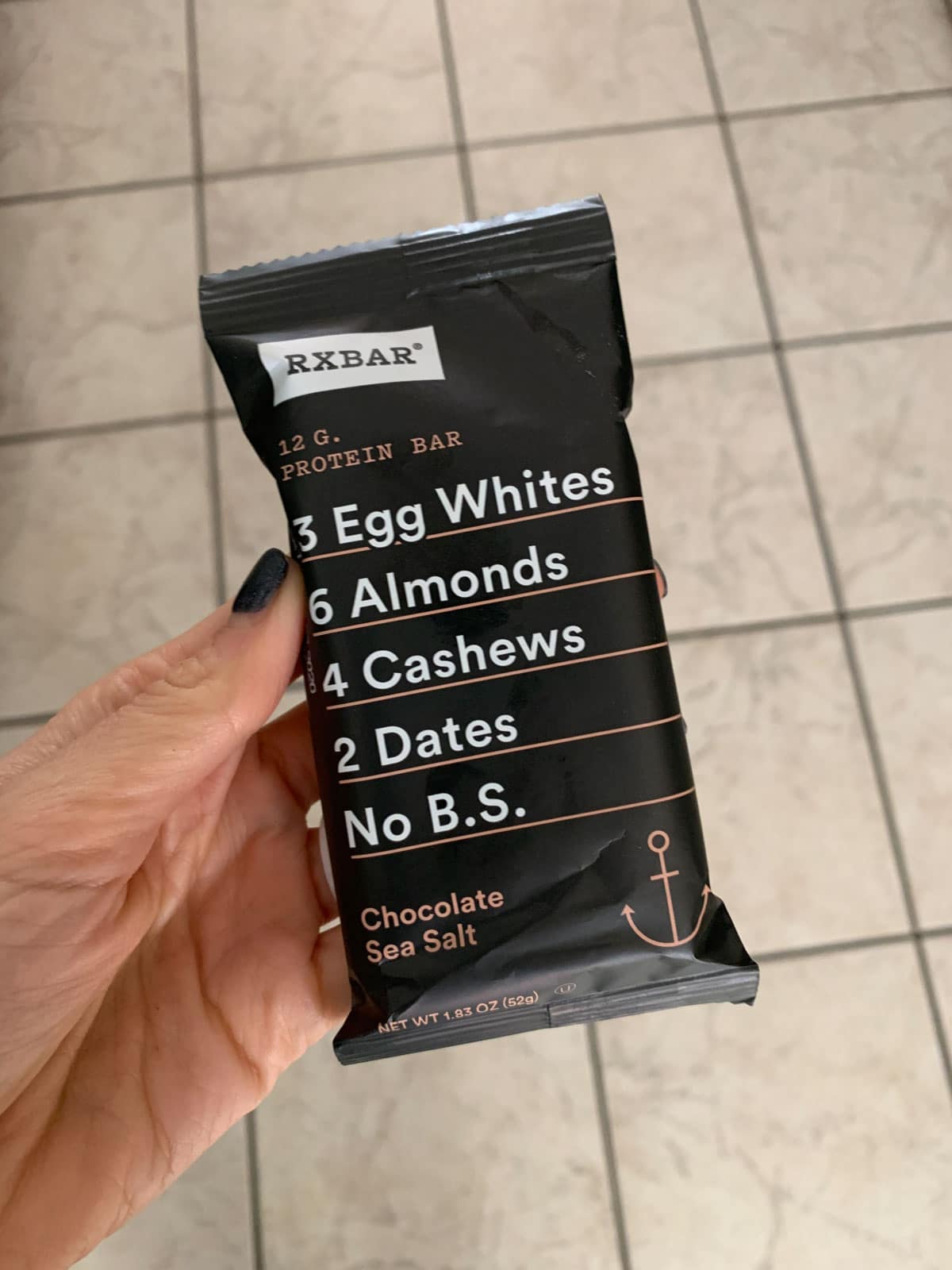 I took a quick call and then headed to the gym for a workout with Aaptiv (see how I lost 50lbs working out at home.) My favorite trainer on the app is Ackeem, so I’m super excited to see when there is a workout from him. I haven’t tried yet. I like the way he programs and the energy he brings. 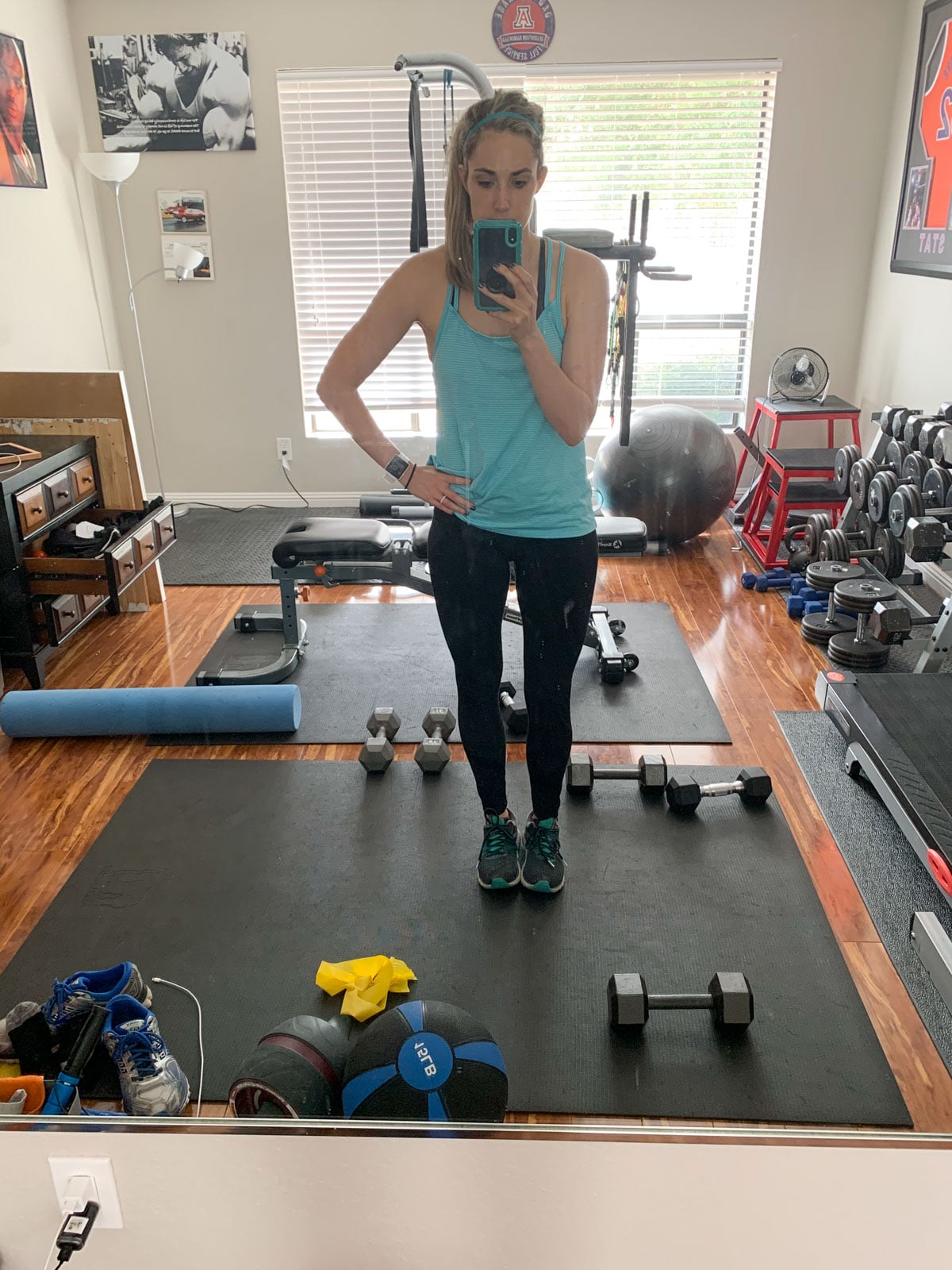 After my workout, I had a smoothie box cacao smoothie with one scoop of chocolate orgain whey protein (from Costco.) 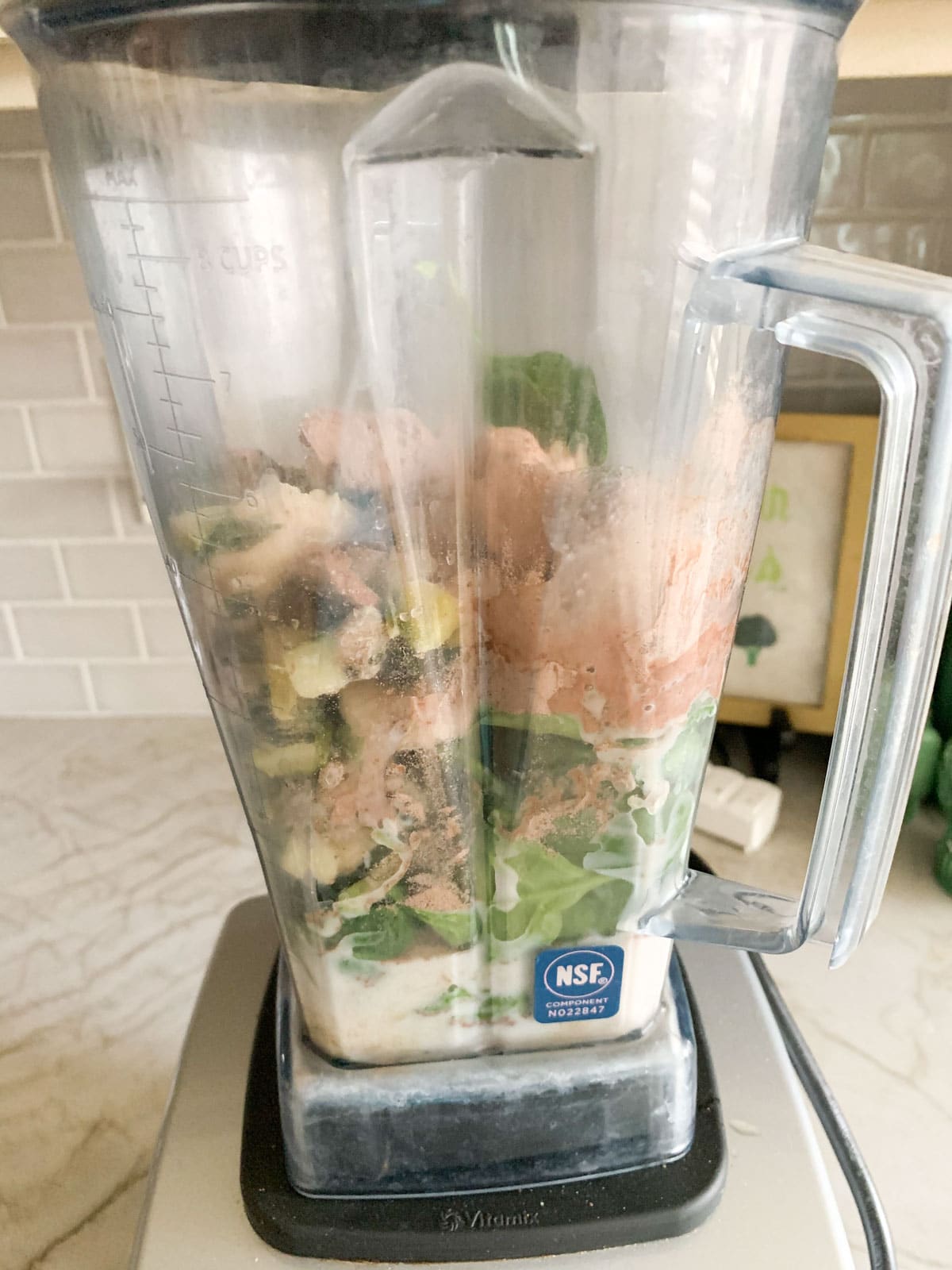 It’s funny because when I took over the @smoothiebox Instagram account a couple of weeks ago, I said how I rarely use my smoothies post-workout (usually as a breakfast or lunch meal replacement), but they are a great option if that works for you.

Then, of course, like three times in a row after that, I drank them post-workout.  I typically mix them with whey protein when I do them post-workout, vs. the collagen I usually use in them. 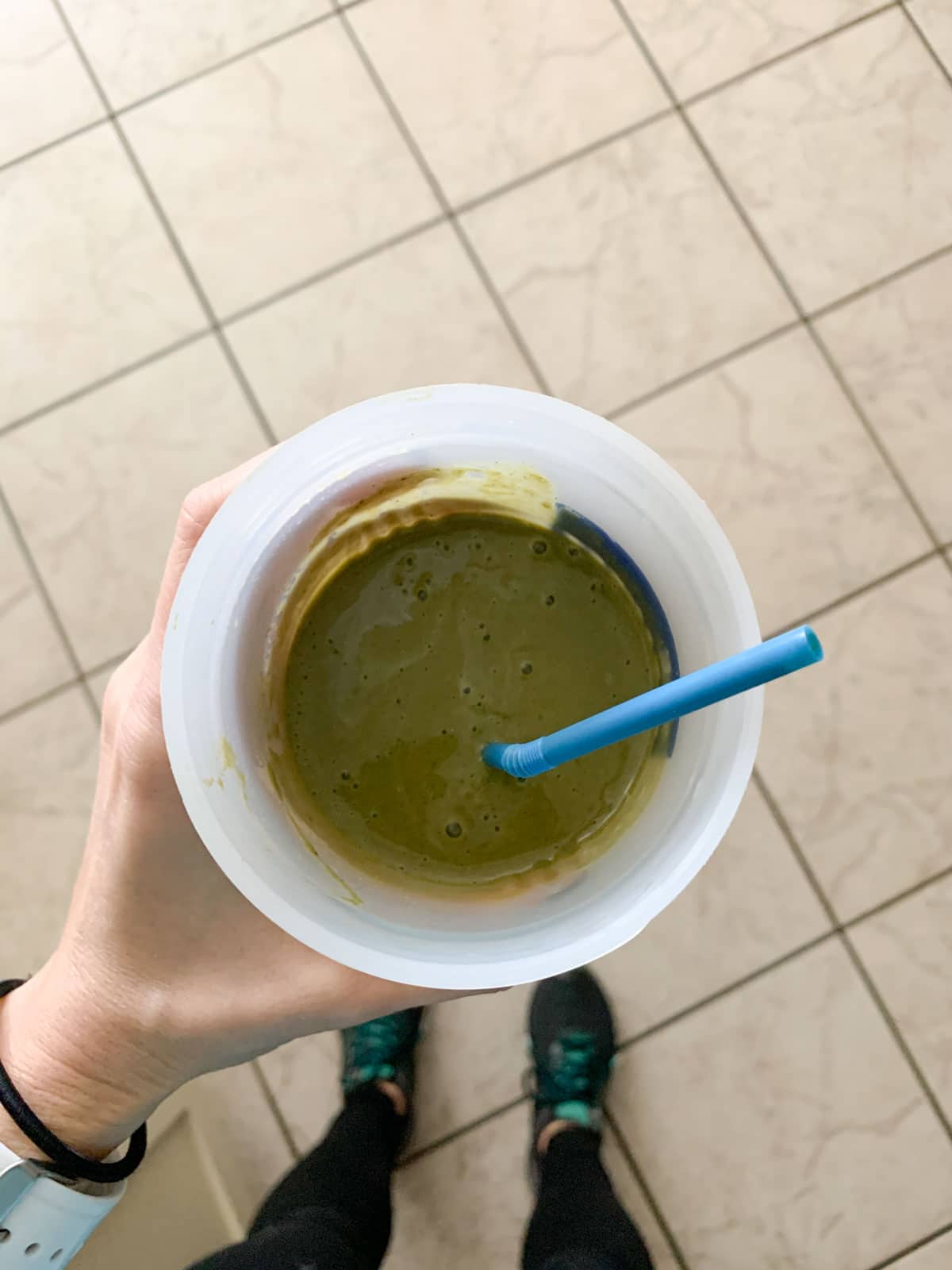 Not pretty, but so delicious! If you still want to try it, you can get $20.20 off using my link!  When KJ wakes up, he devours two full quinoa oat bars! So, those were a big hit! 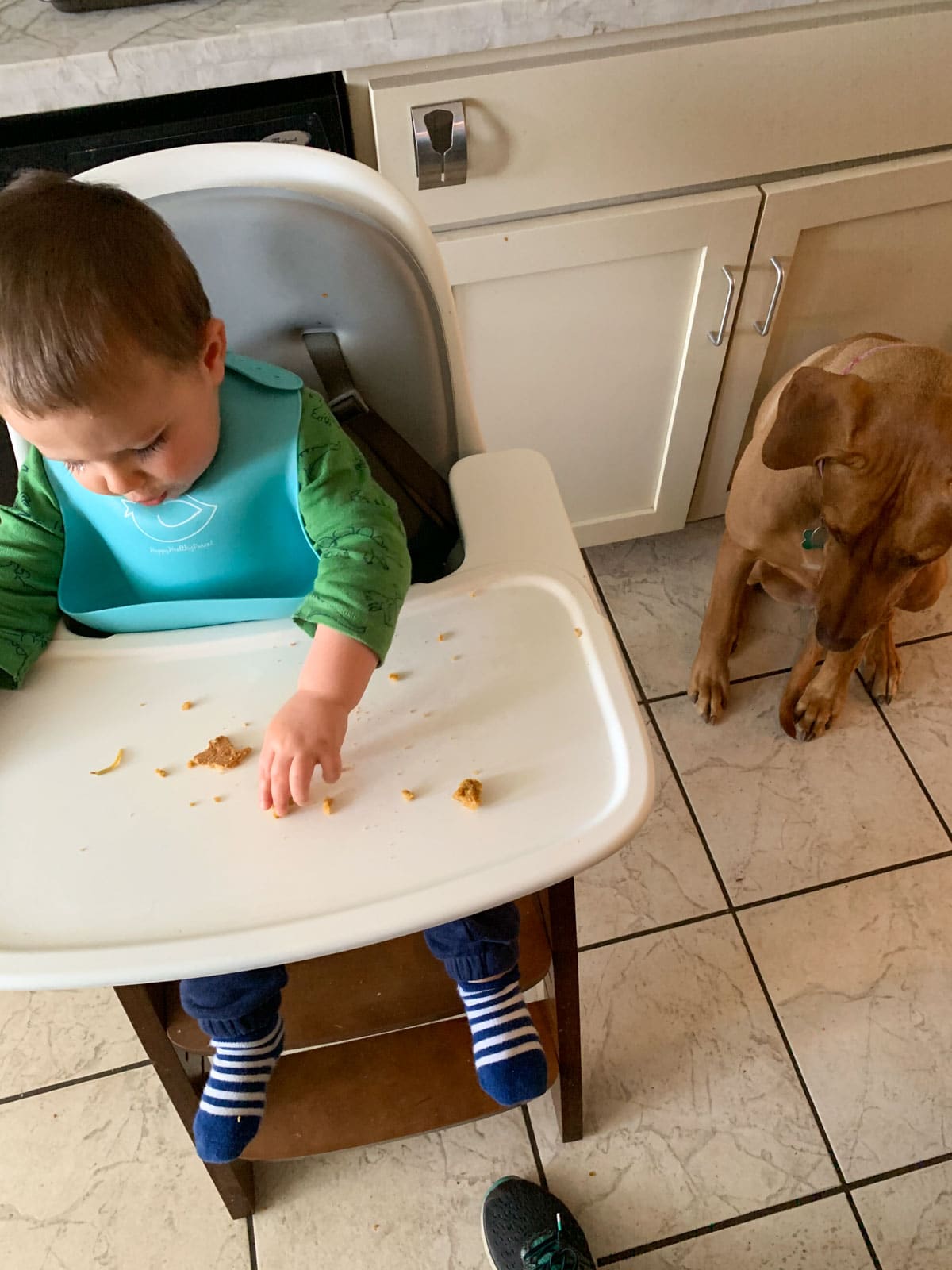 Then, we took Nala for a 30-minute walk in the stroller, dropped her off, and headed back to a nearby field to play.  KJ LOVES, I mean LOVES, to pick flowers.

There are a ton of wild desert flowers and dandelion weed/flowers popping up everywhere, and he is OBSESSED.  Since he had picked all the dandelions in our yard, I took him to a green belt near our house, and he had so much fun pulling all the weeds! haha 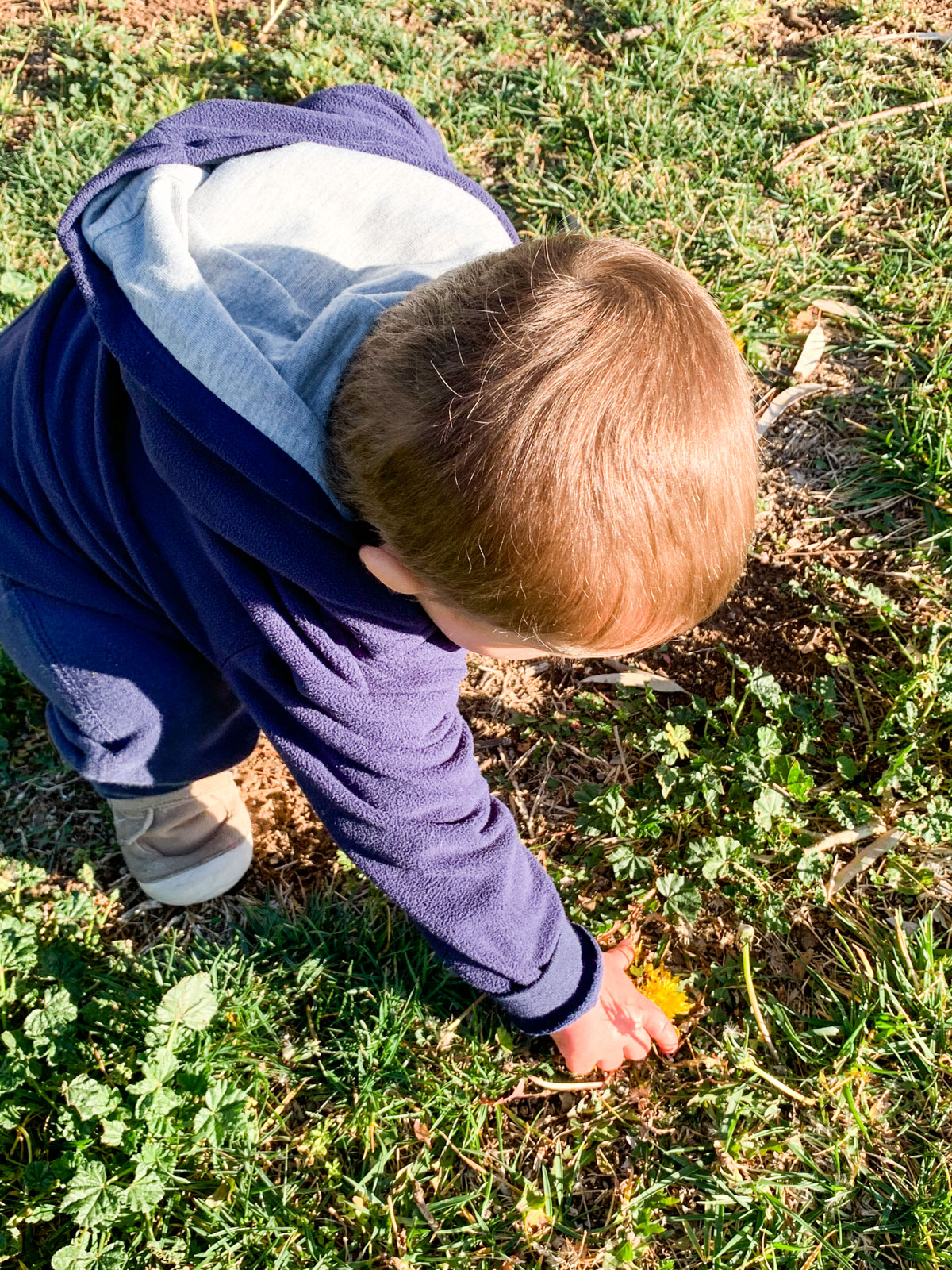 Then he runs around with as many as he possibly can fit in his little hands getting yellow everywhere.  100% the best time of year to live in Arizona is right now.  Flowers everywhere, not too hot, not too cold, it’s PERFECT! 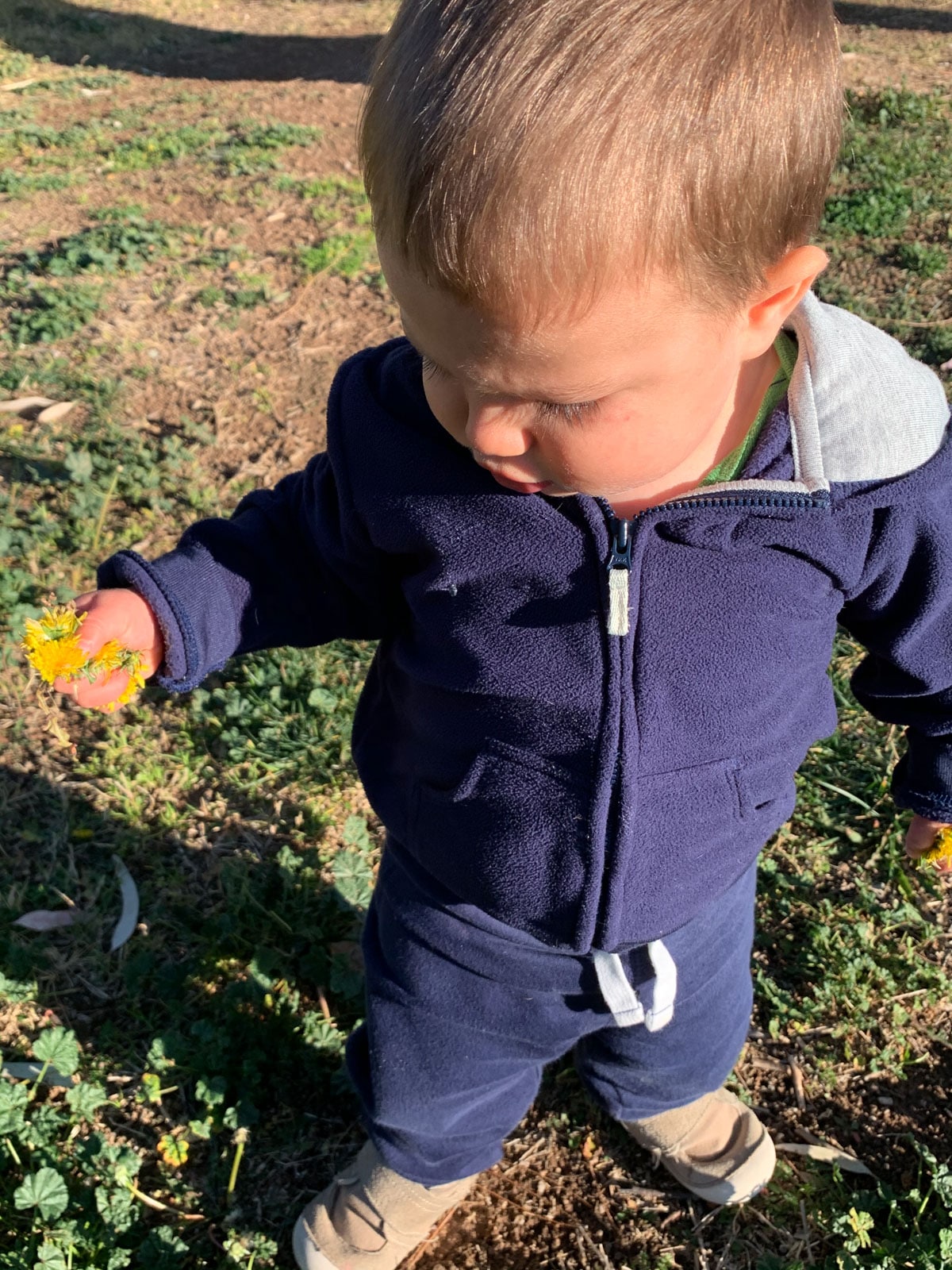 We played there for a long time before heading back home to get dinner started. I used the Instant Pot to steam some frozen peas and baby carrots for KJ. 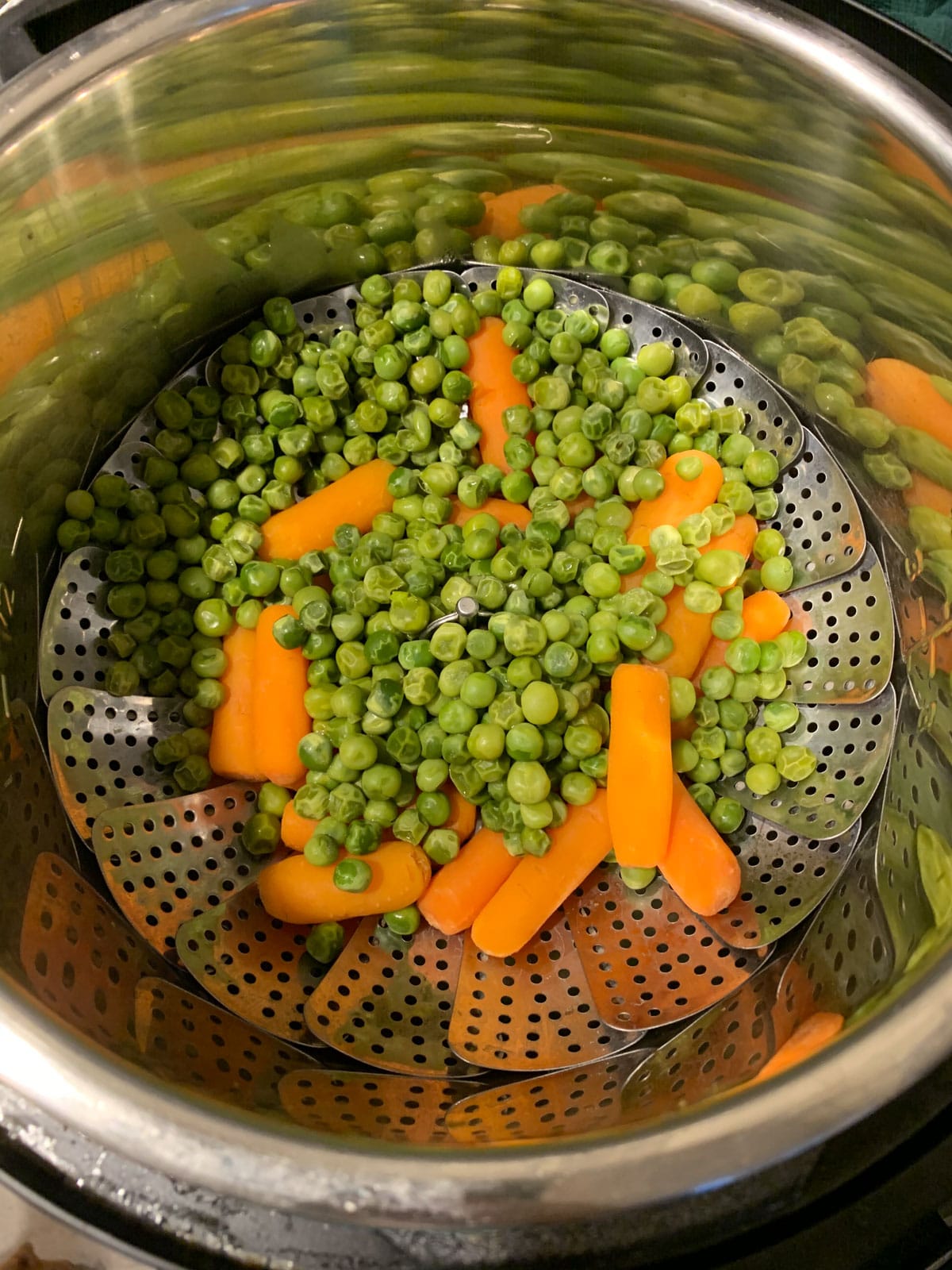 He had peas, carrots, and tuna cakes for dinner.  (I made him a version of tuna cakes after I was done filming the original that were regular hummus instead of spicy and no jalapenos.)  He did not like them at all like barely ate any but, he loved his veggies, so he mainly ate that for dinner with pea milk. 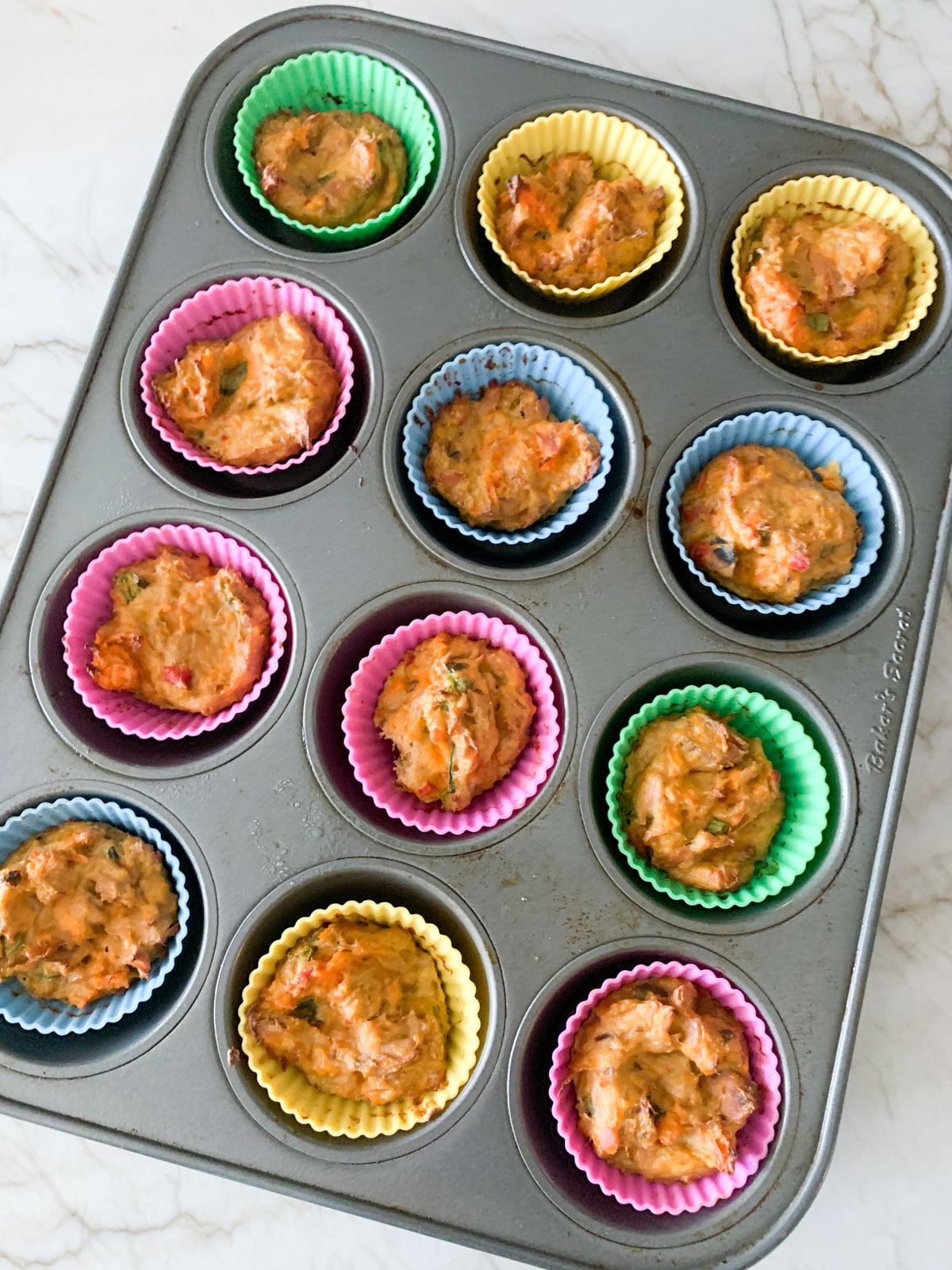 After he was done with his dinner, KJ played with daddy while I use the Instant Pot, yet again, to make my egg roll in the bowl recipe.  (More about the IP I have an how I typically use it here.) 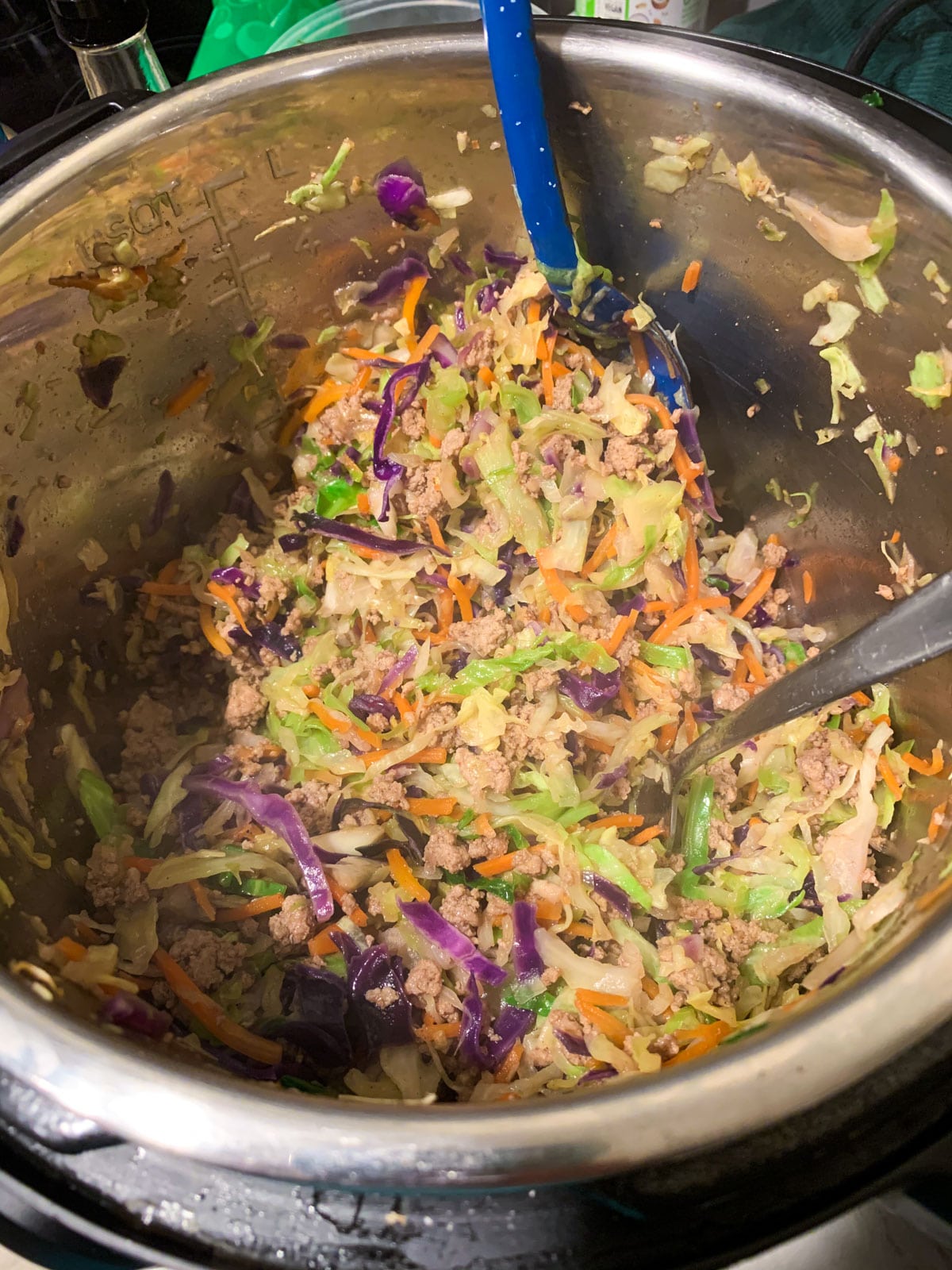 Then it was bathtime, books, and bedtime for the little man.  He went down around 7:30 PM -ish, and since I lost some work time due to not having the sitter, I needed to work a bit.

I usually have a hard stop of not working after the baby goes to bed, but I was feeling super behind.  So I grabbed the chocolate and finished up a few things before heading to bed around 9 PM. 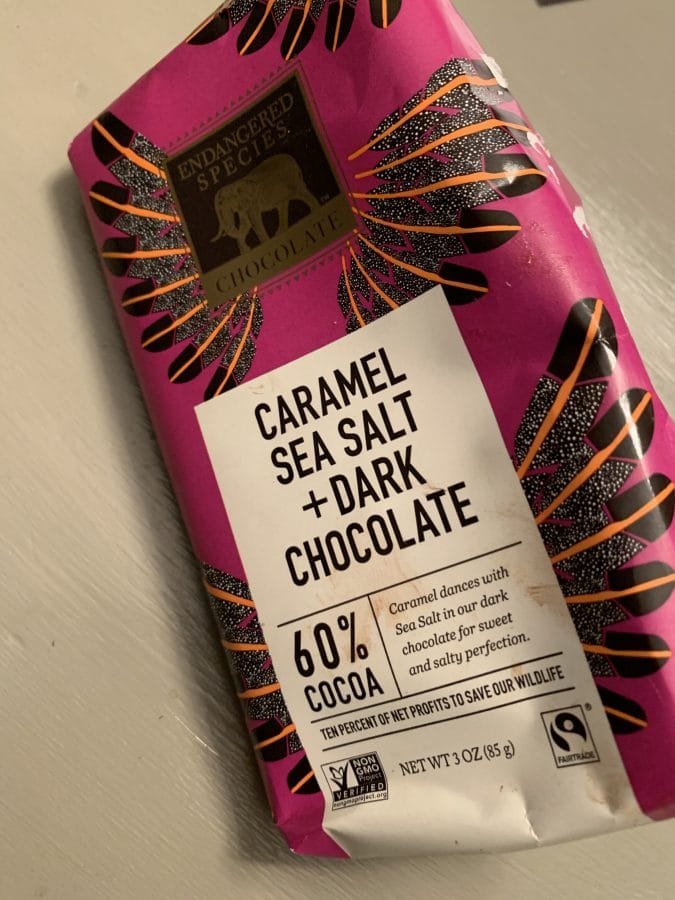 That’s it!  Thanks for stopping by the blog today and for following along!  I’m so lucky I get to share my own healthy living and motherhood journey with so many wonderful readers!

Tell me! What was the last thing you cooked your kid REFUSED to eat?  What about something they loved?