Alright friends! I thought today for this Monday that I would pop in with a first-trimester recap. I did this with KJ, and it was fun to look back and see the crazy differences! My doctor said, “each one gets their own story,” and I loved that explanation. This child is not KJ, he will be his own person, and therefore his pregnancy is unique!
PS, if you missed our exciting announcement, check it out here!
Heads up!  I will occasionally be talking about pregnancy as Hungry Hobby has always been a lifestyle blog with lots of recipes, not just a food blog.  If, for any reason, these posts are too hard for you, please feel free to skip them. My heart and prayers are with those of you who have or are struggling with infertility and or loss.  I’ve had my own battles in those realms (and walked through the fire with friends), and the heartbreak is not something I would wish on anyone.  Please feel free to take a step back from HH if needed. I’ll be here whenever you are ready.  <3 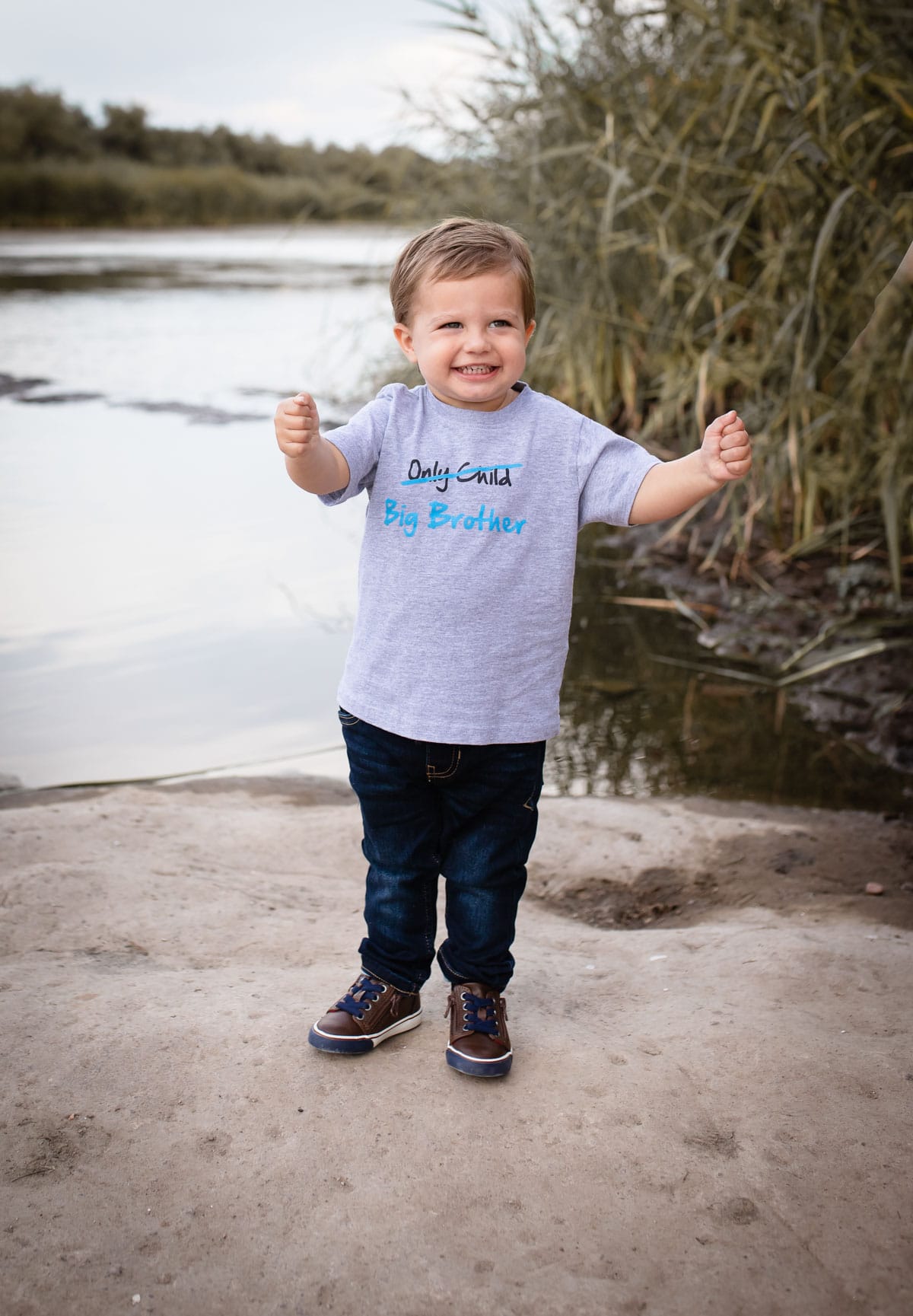 Alright, here we go!
Pre-pregnancy: My doctor prescribed progesterone to be taken +3 days after ovulation until 12 days post ovulation unless a positive pregnancy test occurred, then I would keep taking it (if pregnant) or stop until next cycle if I wasn’t.
Week 3:
We’d been trying for a little while, and each time I would take a billion pregnancy tests right away, and the negatives were disheartening.  This time I made myself wait till 10 days past ovulation to test.  I knew that was still early, but for me, it’s not since my period usually starts 12 days past ovulation.  (Normal is 14. 12 is considered a borderline luteal phase defect, and it’s why I take progesterone.)   Mr. Hungry knew I’d been waiting for that day, so he was just as excited when I came back with 3 positive pregnancy tests. (The last one doesn’t look positive, but there was a line there! lol)
The only change I noticed was drinking tons of water and peeing a lot! 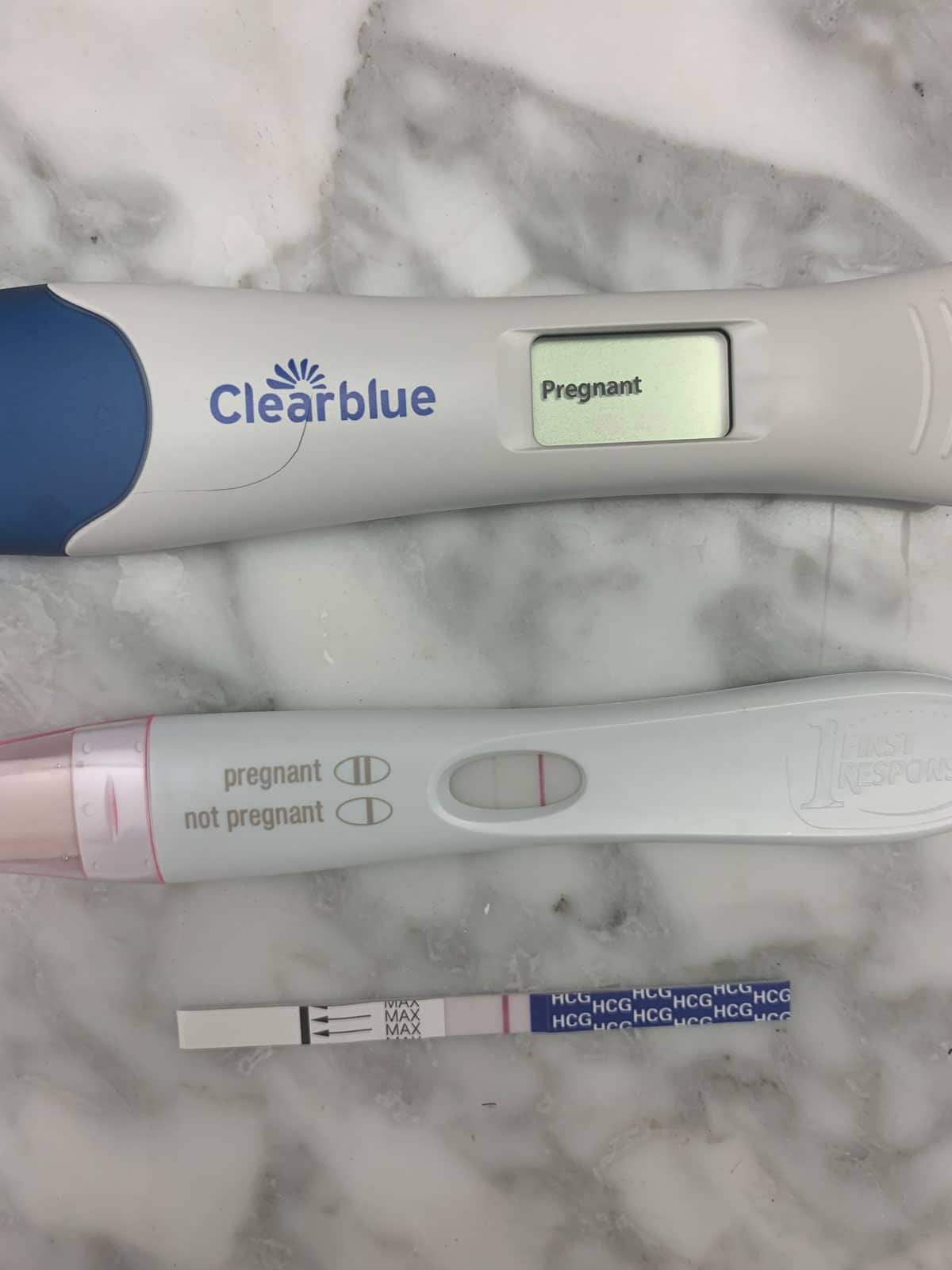