Tuesday morning in Hawaii started with an early breakfast at the Marriott breakfast stand. We both got a local traditional breakfast food called a bento bowl which has kimchi, eggs, Portuguese sausage, and fried rice with more bacon and ham. 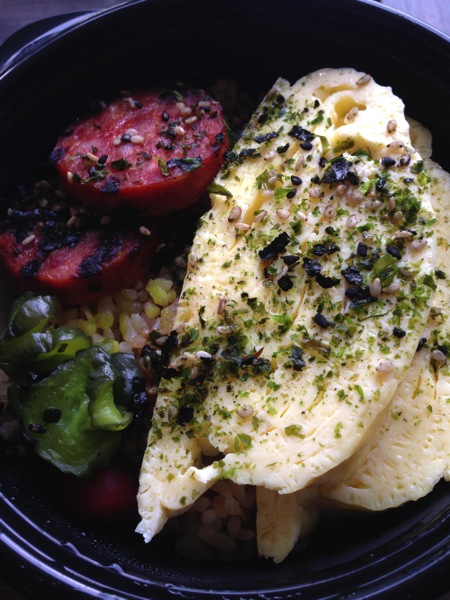 I don’t usually eat red meat (see why here) but on vacation I bend the rules a bit, especially when it comes to trying the local dishes. It was definitely tasty… healthy probably not but when in Hawaii…. After breakfast we headed out to an all day guided tour/adventure!

Sadly I didn’t take many pictures for fear of something getting wet but the company we used was called Outfitters Kauai and we did the Kipu Zipline Safari. The tour included two miles of kayaking, hiking, a wagon ride, lunch, swimming, and two Ziplines. The lunch included a fresh turkey sandwich, pasta salad, and the yummiest brownie I have EVER eaten (loaded with chocolate chips). After that we geared up to start hiking to the zipline spot. 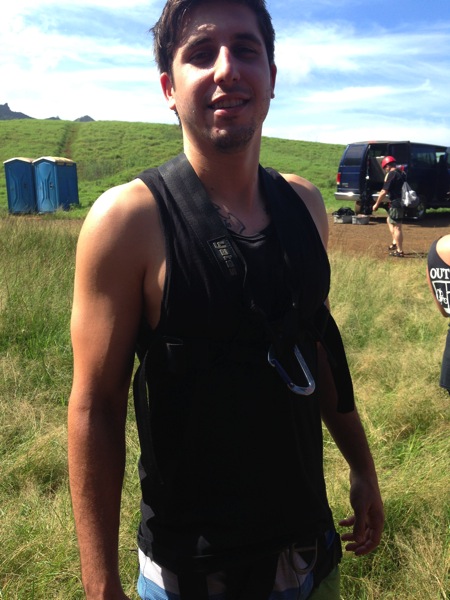 Do I look nervous? 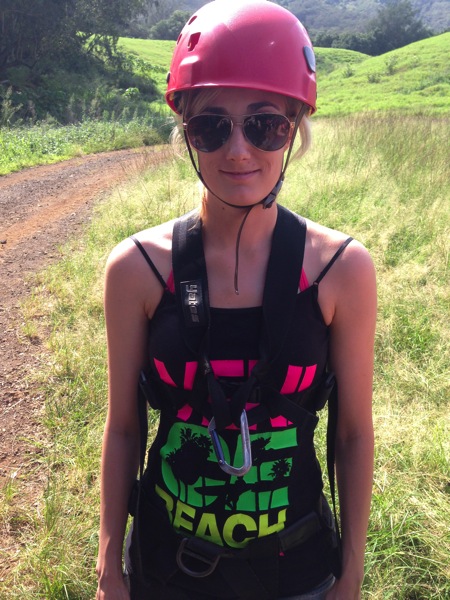 One of my favorite moments of the whole trip was on the last zipline. It was tandum (two people go at once) and they suggested the best way was to launch was to stand with your back to the zipline and free fall backwards. The tour guide started to count down 3-2-1….GO!!!!! NEITHER OF US JUMPED! The tour guide laughed and said “okay, lets try that again” and she counted down again. This time Paul yelled “COME ON KELLI” as he let go of the walls and fell backwards. It took me another 15 seconds or so but I finally let go, SCARY but SO MUCH FUN!

On the boat ride back we were rewarded with some awesome local cookies! 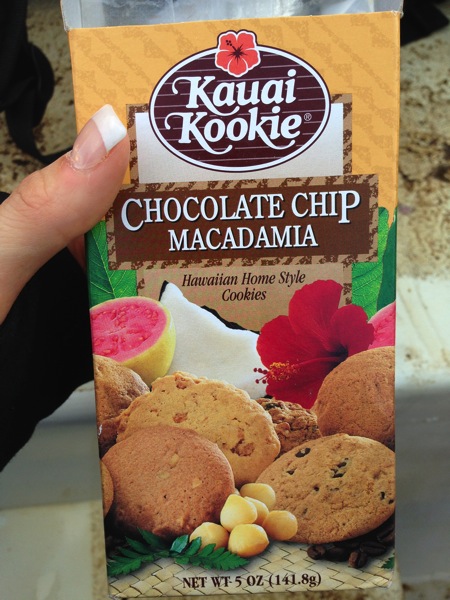 For Dinner we hit up a Sushi restaurant called Kintaro’s suggested by our tour guide when we told him we wanted fish. The reviews on yelp were definitely described the restaurant right, not so friendly to tourists and the servers are over worked so the service is very slow, but none of that matters because the food is worth looking past all of it.

I got the seared Ahi which was perfectly cooked to medium.

We also got the Hanalei roll which I loved but was too much raw fish for Paul. 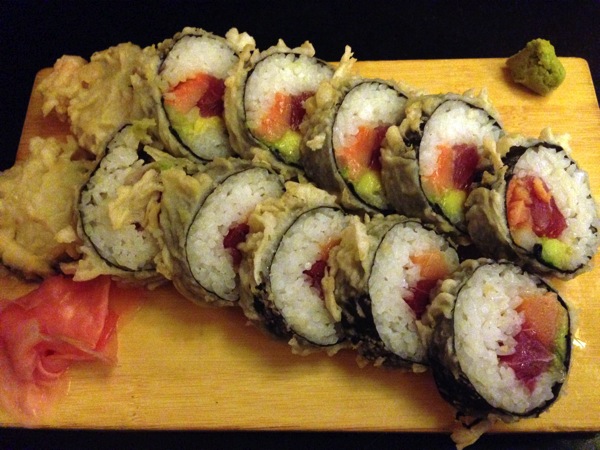 The winner and one of the best desserts we had in Kauai was the Green Tea Mud Pie. Refreshing tasting ice cream paired with a sweet oreo tasting cookie crumb crust and drizzled with caramel= AMAZING. 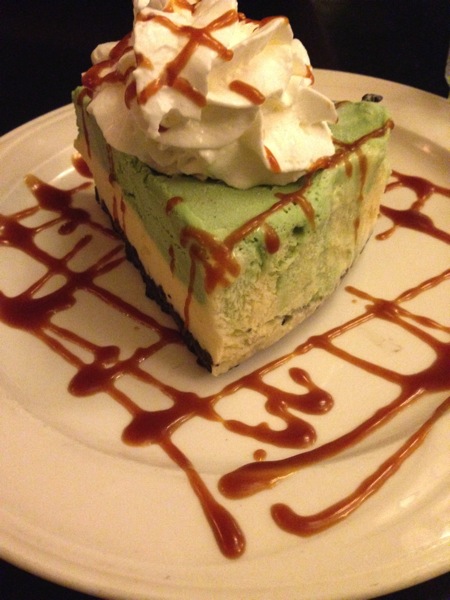 Since it was rainy all over the island and we were super sore from all the hiking adventures we hung around the Marriott all day on Wednesday. We did the honeymoon thing and got couples massages in the morning and then hit the bay for a late breakfast. We decided upon Bamboo Sushi and Grill, sounds weird for a brunch but it had pretty good reviews and a nice view of the bay so we decided to give it a try. I got some massive breakfast platter with sweat bread french toast, over medium eggs, and Portuguese sausage. Paul got the Korean BBQ chicken and we both shared and picked at both plates. Yum I could go for that tomorrow morning… 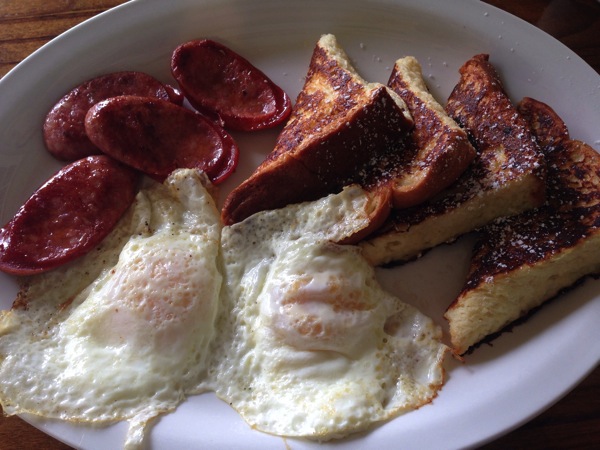 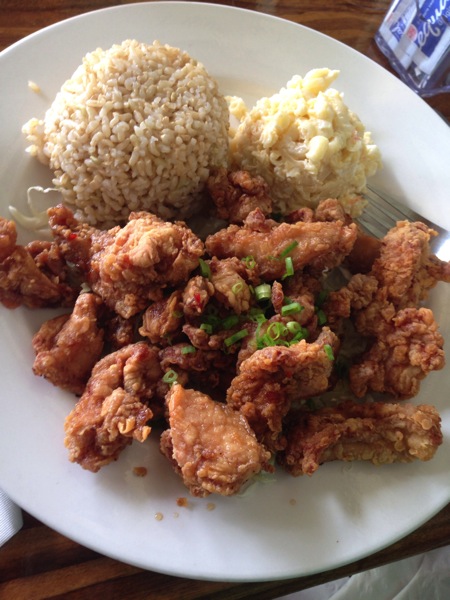 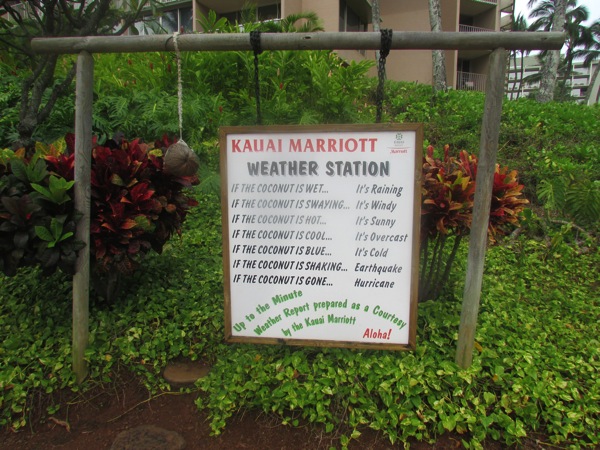 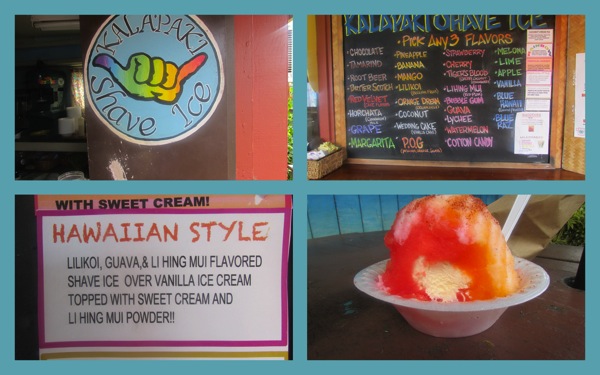 When we got bored of the shopping, looking, photo taking, and eating we decided to try out paddle boarding which ended up being an insane amount of fun. 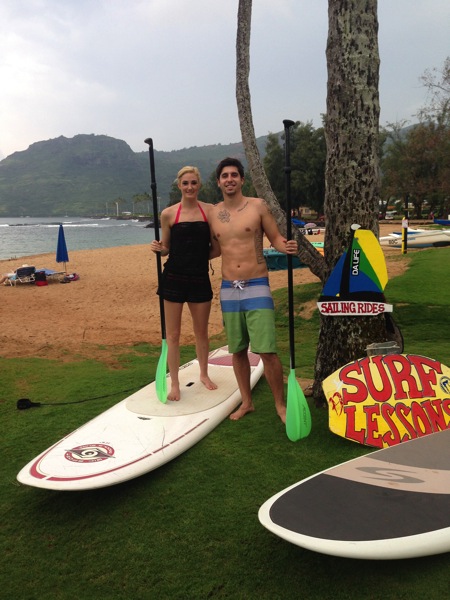 The people at the rental shop gave us a pretty decent free instruction which we greatly appreciated. Once we were out there we both caught on really fast. Actually, we each only fell once, for me, my huge fear of open water kicked into high gear and I think it physically stopped me from being able to fall again. We wanted to keep renting for another hour, but it was pretty obvious we were about to get stormed out! 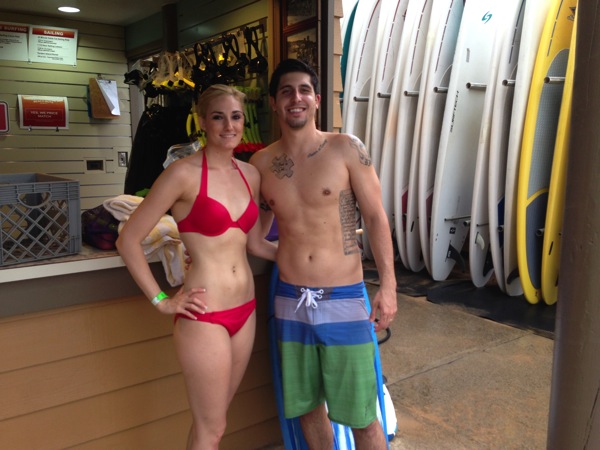 Am I blinding you with my whiteness? Is there such thing as too much sunscreen? Anyways after this we got Mai Tai’s and sat on the balcony where we then proceeded to lock ourselves out of our room with no phones. We literally had to yell for help to a worker that passed by like 15 minutes later, who came up to let us back into our room. Is there such thing as too many Mai Tai’s? 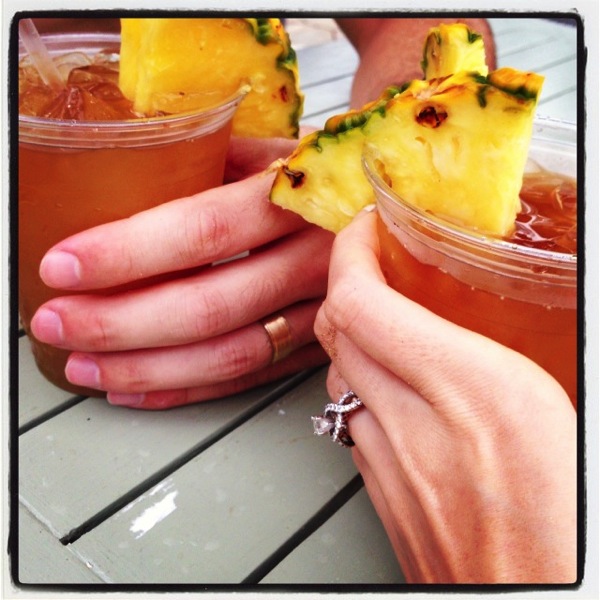 Previous Post: « Waking Up In The Four’s
Next Post: Excited for My First Turkey Day Trot Tomorrow »