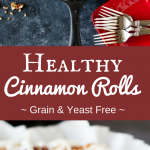 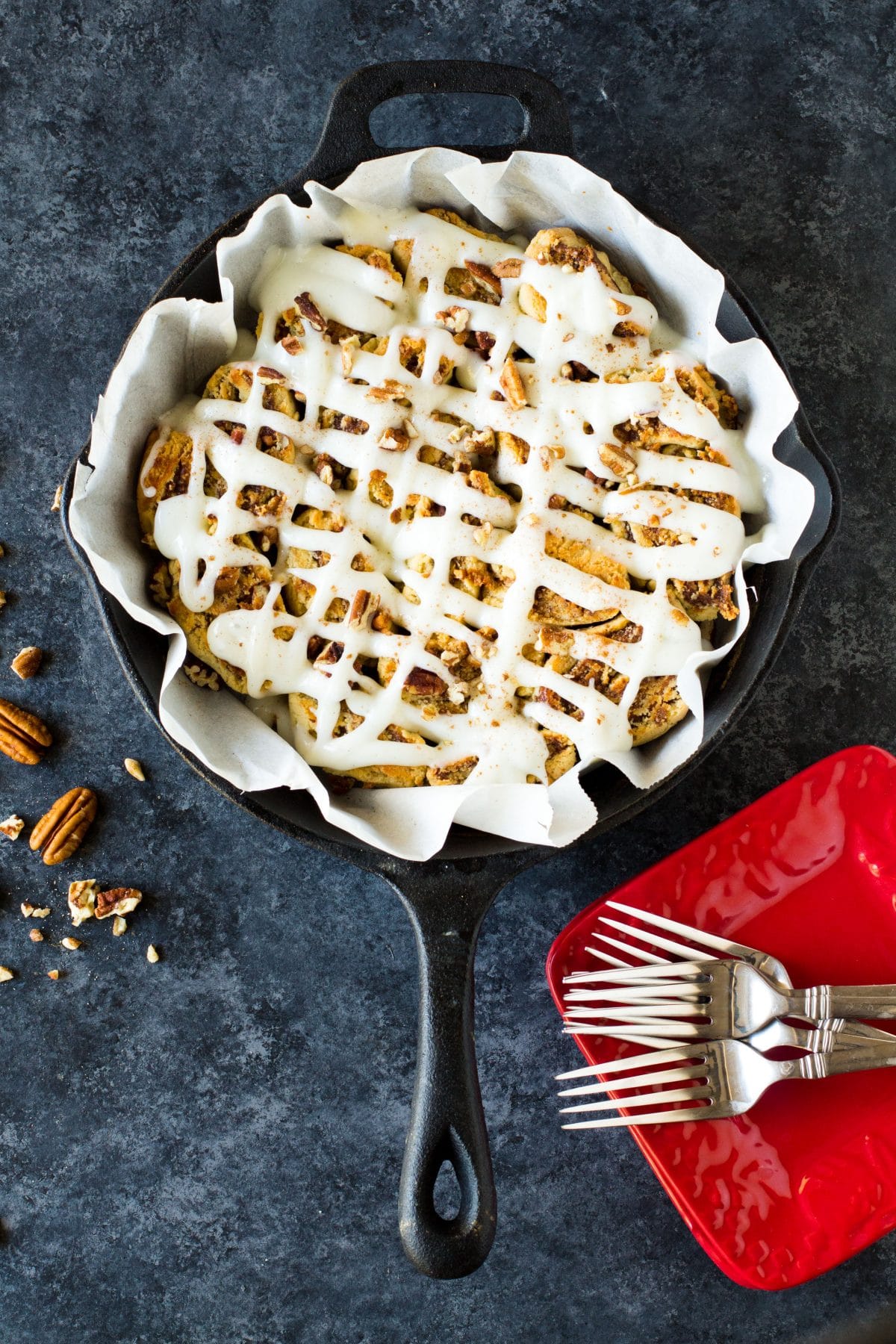 I hope my newsletter friends are enjoying their Thanksgiving E-Cookbook if you haven’t got yours yet make sure to check your promotion folder!  Not on the list?  You can still grab your copy through the end of November just by getting on the list!

Alright now onto these amazing cinnamon rolls because Mr. Hungry has been BEGGING me to make him cinnamon roll for ages.  The thing is, yeast is an issue for him probably more so than anything else.  It’s showed up on just about every test he has ever taken, including the MRT testing I do with my clients (see What You Need to Know About Food Sensitivity Testing Options).

Bakers yeast, brewers yeast, it doesn’t matter his body HATES it.  I find that too be true for many of my MRT/LEAP clients, yeast is sometimes a bigger culprit than gluten/wheat.  They start eating gluten free and they feel SO MUCH better, but that’s because they took the main foods that have yeast in the diet out.

I’m not saying gluten isn’t an issue, it’s an issue for Mr. Hungry too, I’m just saying sometimes yeast is a bigger issue.   So basically yummy cinnamon rolls, alcohol, and donuts are gut bombs if you have a yeast sensitivity. 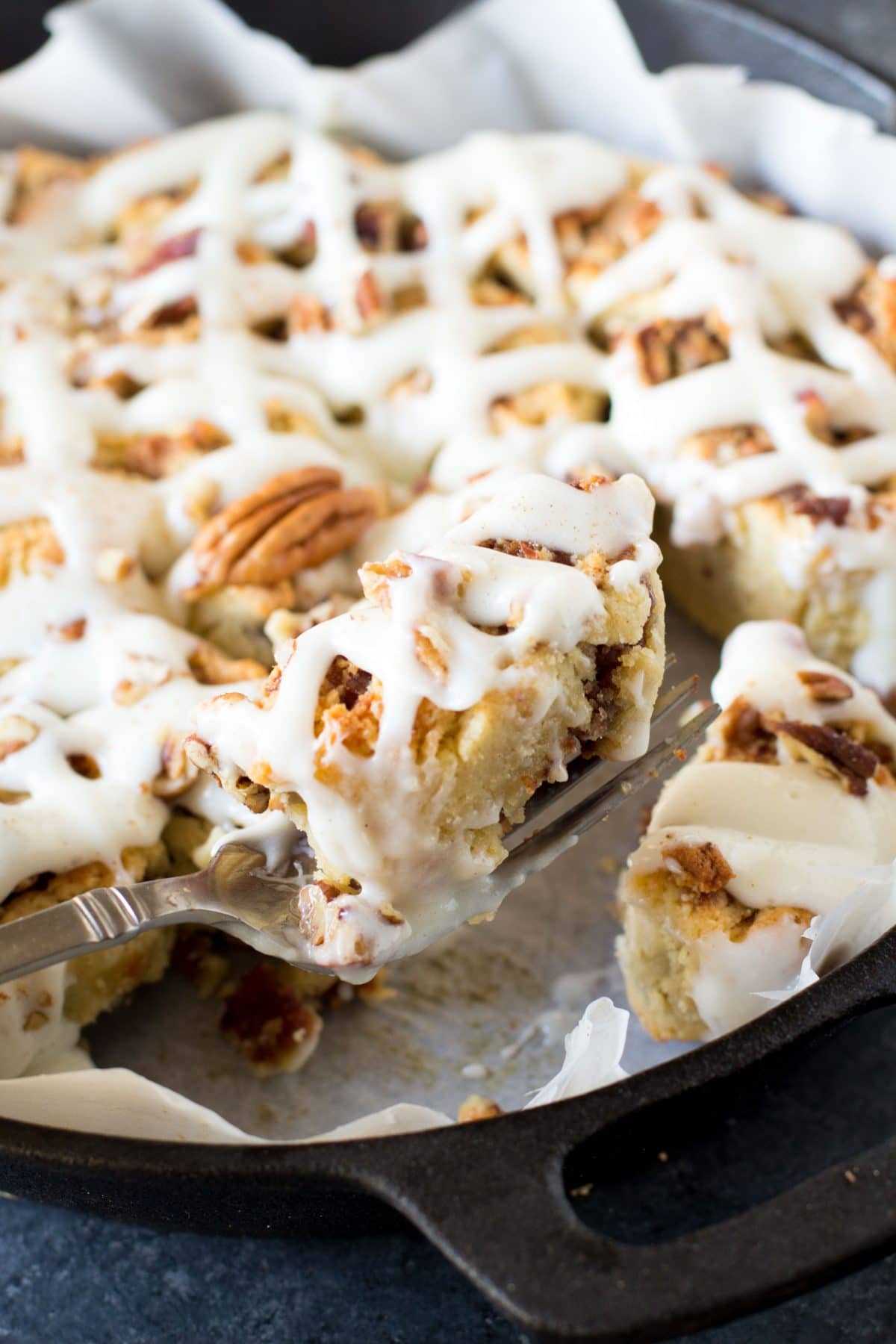 So finally I decided to try and make a version of my own that would satisfy Mr. Hungry’s cinnamon roll cravings.  Yeast is an important part of cinnamon rolls, it makes them rise.

I knew without the yeast they wouldn’t rise, so I asked him what the most important part of a cinnamon roll was to replicate.  He said it needed to be cinnamony, goey, and covered in frosting! So that’s exactly what these are!

I basically hit a home run on the first try, I was pretty proud of myself, it can only go up from here!  The only problem is I didn’t freeze them like I normally do with blog treats I don’t have anyone to feed but us, which means I’ve been eating them every day, at least they are healthier right? 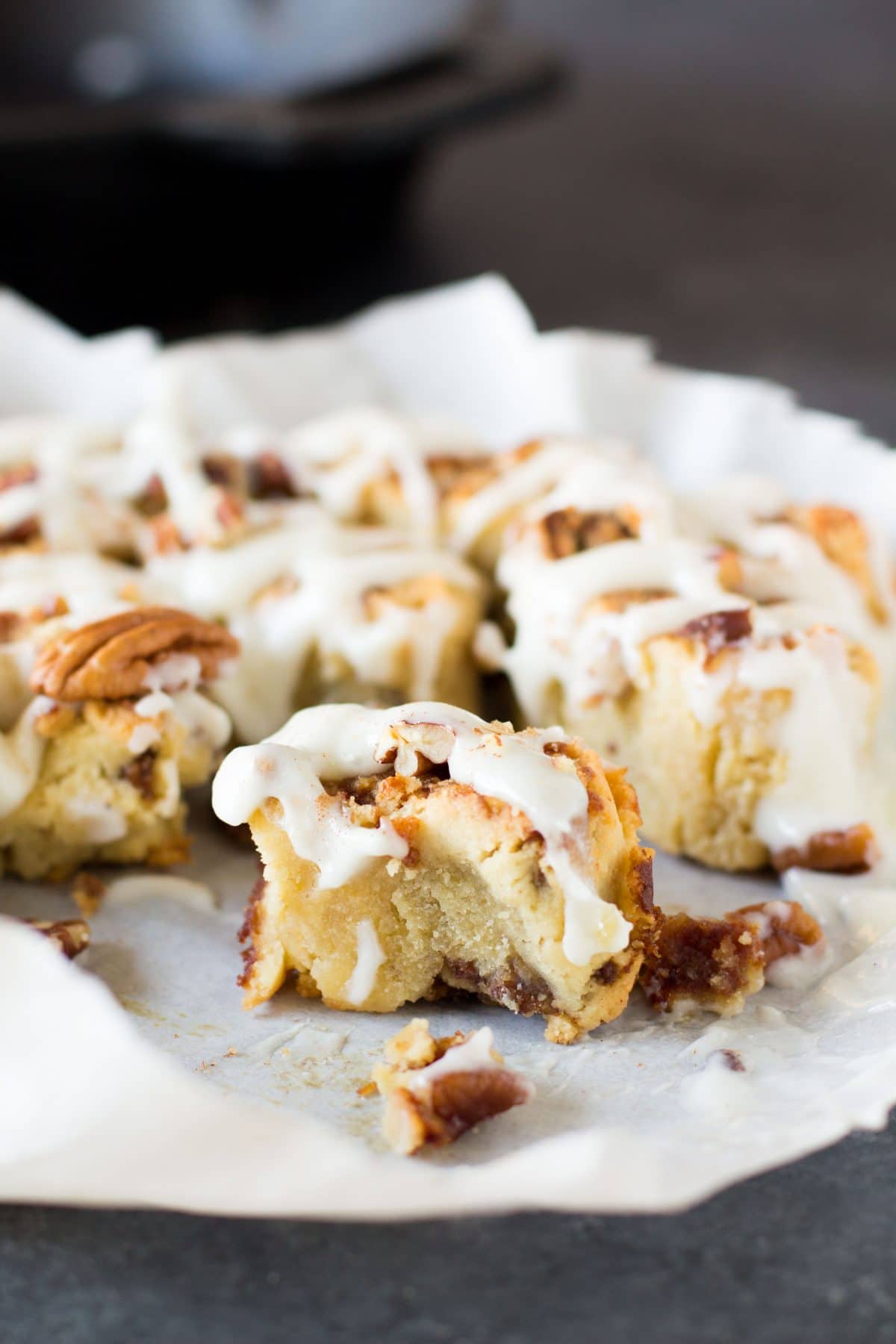 I feel like it’s that time of year again that I need to give my “why I cook with almond and coconut flour” speel again.  For those of you that missed it, here is the gist.

When you make treats for the holidays you typically pile them refined sugar on top of refined grains.  Using almond and coconut flours is tricky but it balances out the treat a little bit. In other words, I think it’s healthier.  For a longer explanation, I’ll refer you to last years post about why I cook with almond flour.

Now go make yourself some delicious cinnamon rolls and impress all your friends! PS I know that the ingredient list looks long but they come together pretty quickly.

Use your food processor to make the dough, wipe it out and make the filling, roll up your cinnamon rolls and bake!  I promise it’s pretty easy or I wouldn’t do it! 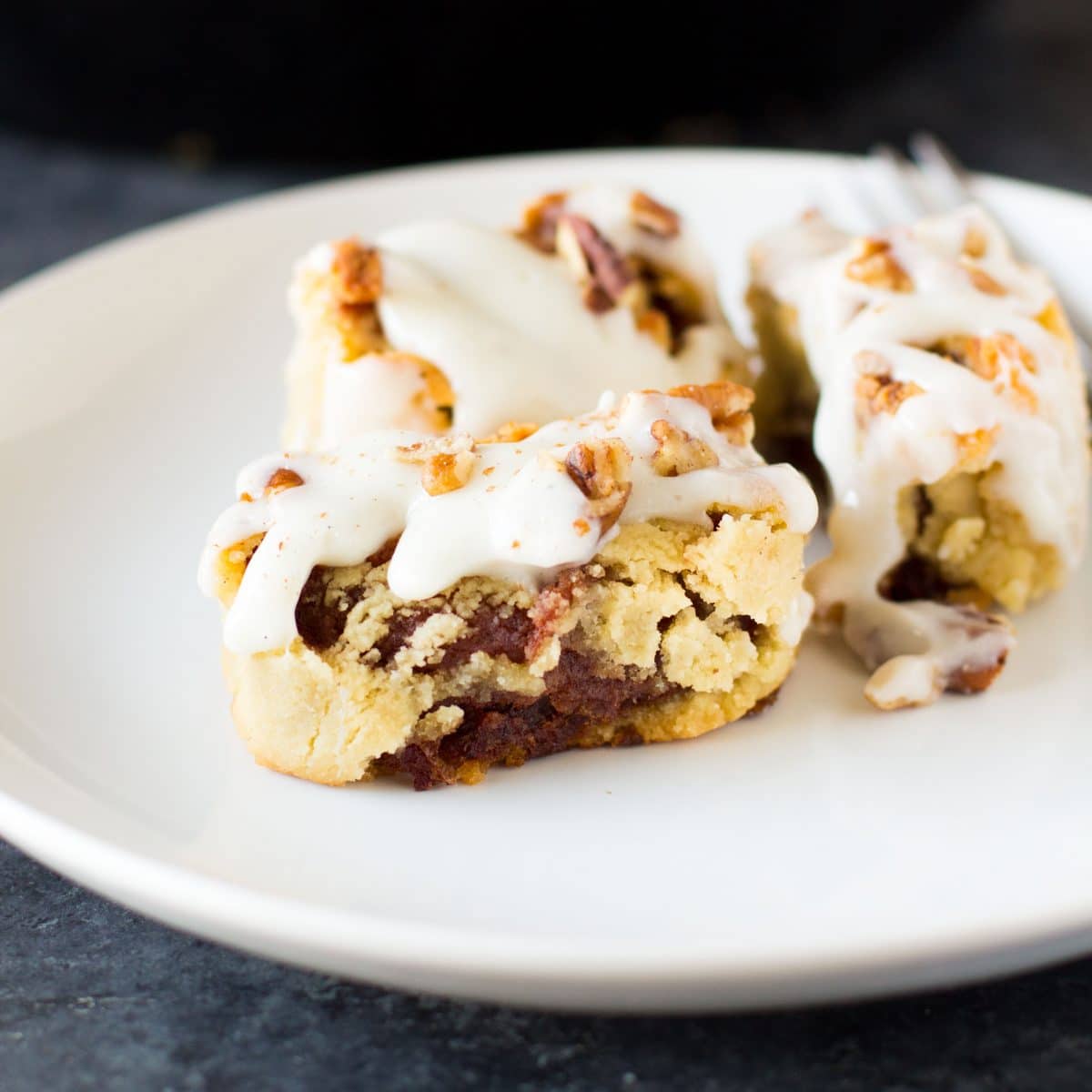 *note – can sub melted coconut oil for butter
Tried this recipe?I'd love to see what you made! Tag me @hungryhobbyRD or tag #hungryhobby if you try this recipe!

Looking for more healthy treats? Check out one of these below or my recipe index! 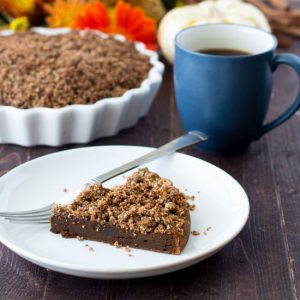 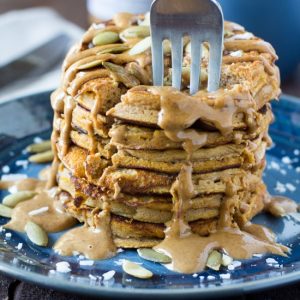