Wow – it’s been a crazy first week in the new home, but I’m so happy to be here.  Mr. Hungry & I were just saying how we don’t miss the old house AT ALL.  This morning I met a guy with a 2-year-old Ridgeback and 5-month-old Ridgeback who lives down the street with his wife.  I see potential playdates in the future for little miss Nala! 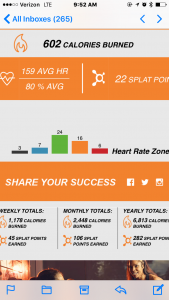 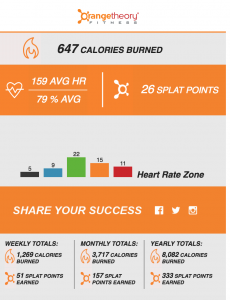 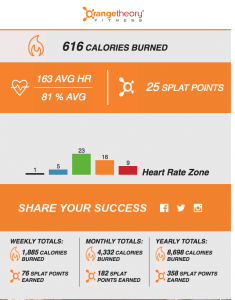 Yesterday was the row to run challenge.  Quarter mile run followed by a quarter mile row, four times.  I subbed the bike for the first and the third row since my back doesn’t do well with rowing.  The coaches by my new house are GREAT.  The coach on Thursday shared with me a little bit about his past back injury (and he is younger than me) so that always makes me feel 100 times better to know I’m not the only one out there working with issues like that. (If you are curious about workout times I’ve tried, check out this post)

+ Nala and I started going on walks again on Wednesday, exploring the neighborhood!

I did a terrible job of recording my meals this week, didn’t even get a whole day going but I basically ate breakfast food all week!

I  made my beloved tortilla quiche – I shared on IG stories but didn’t save the photo. I made the recipe in a giant 9 x 13 casserole dish by adding .25 cup more egg whites, 1 more tortilla, and 2 more eggs but followed the same directions! I ate it for lunch almost every day and breakfast this morning. 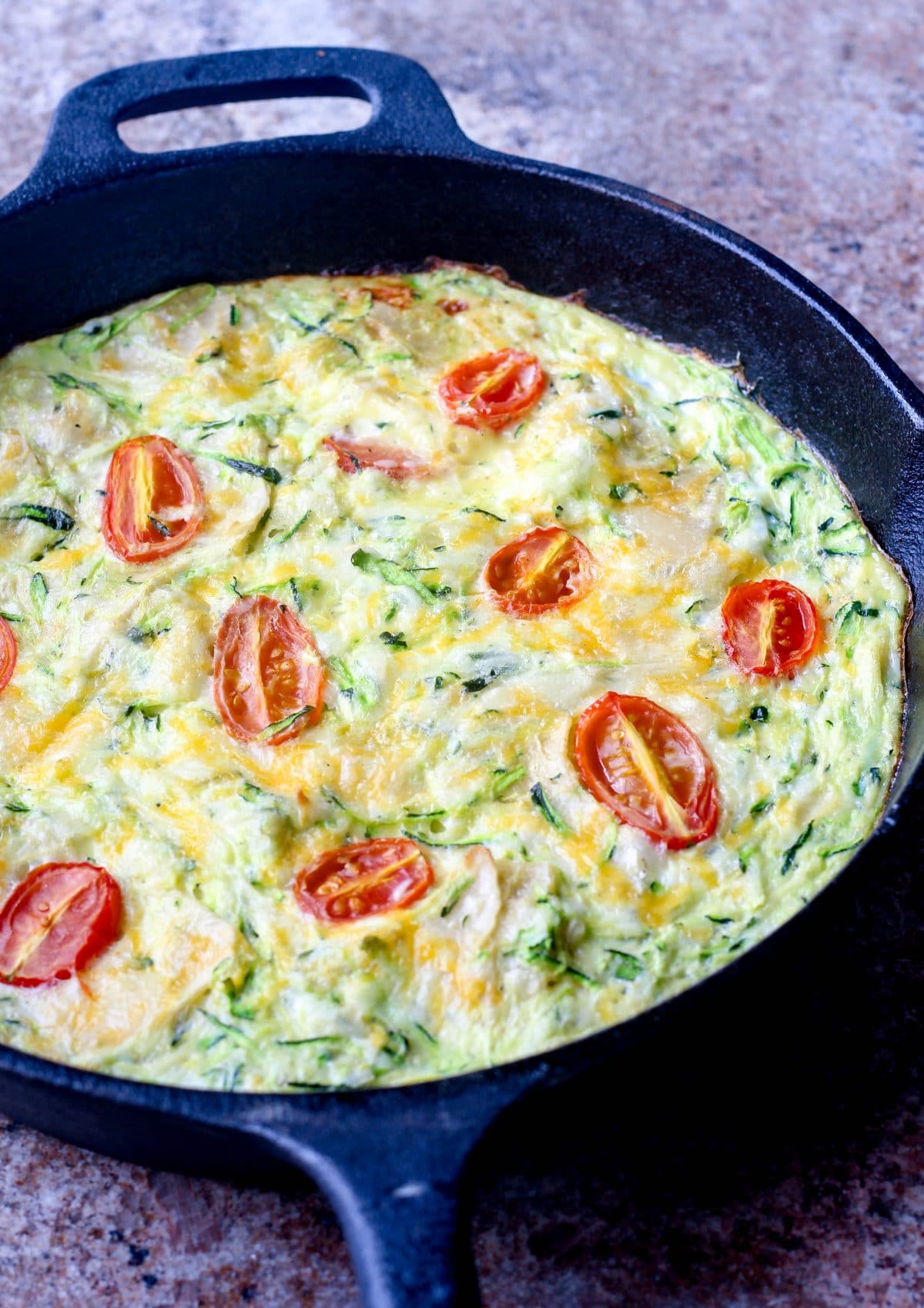 I also made my chicken apple sausage and brussel sprout skillet, one of Mr. Hungry’s favorites! 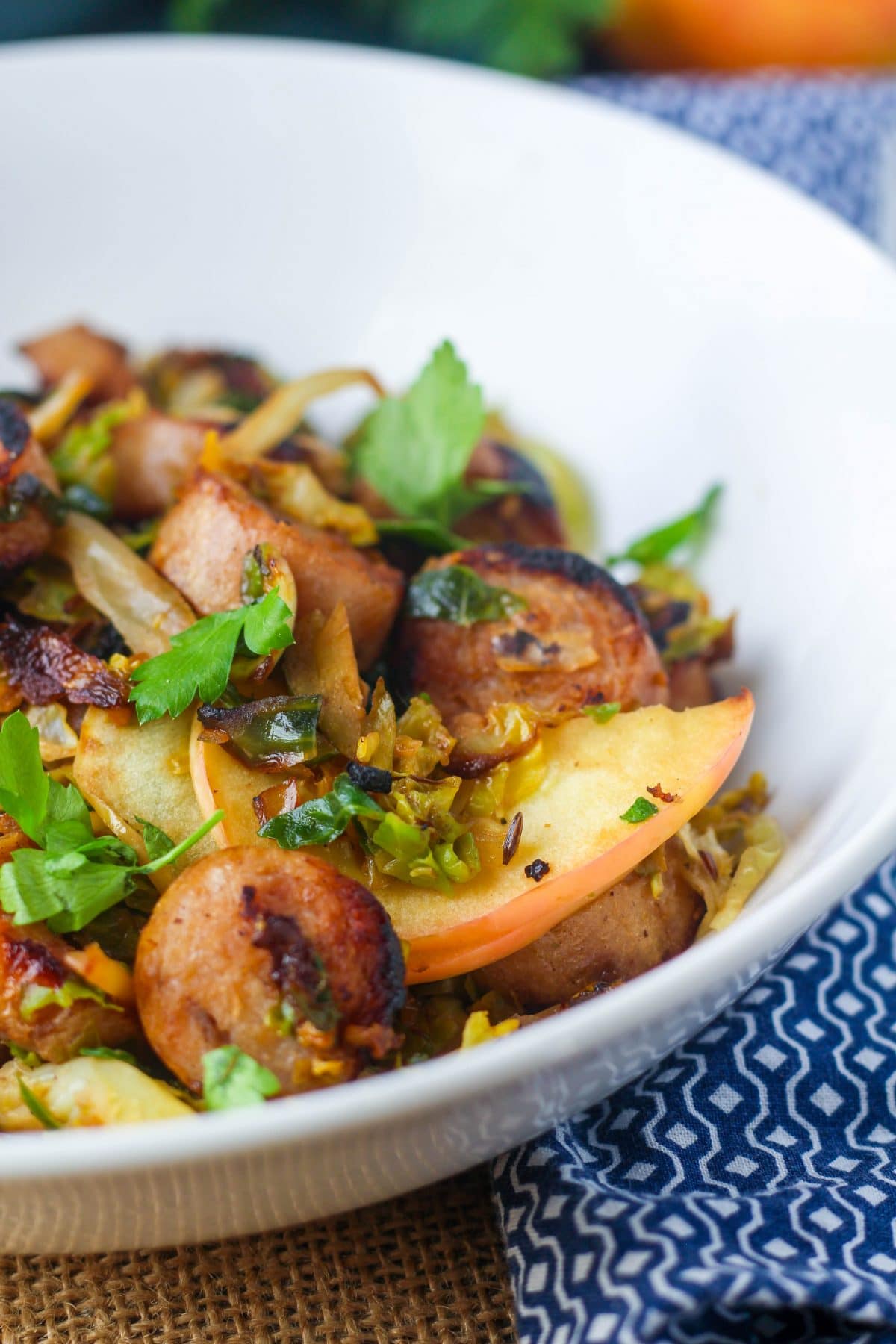 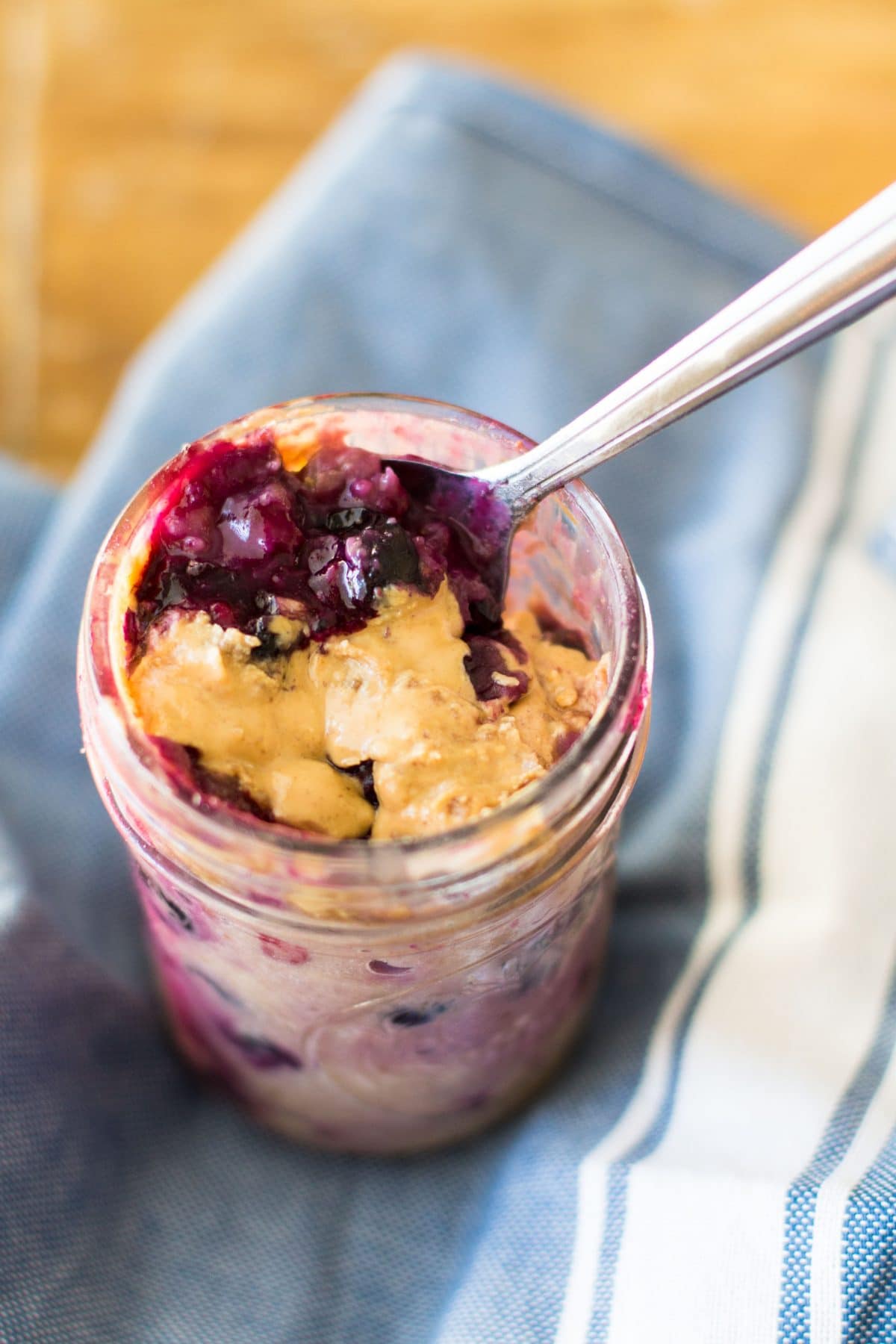 I never got a chance to share because I was out of town when our Butcher Box came (here is the post I wrote about Butcher Box).  Last month was the first month I decided to try something other than red meat.  We got the pork and chicken box which came with chicken breasts, chicken thighs, pork chops, pork ribs, and uncured bacon.  I’m not usually a big fan of buying organic free range chicken because the term “free range” isn’t controlled and can mean a million different things.  But, we’ve been so disappointed in the chicken from Sprouts we decided to try it, plus I actually trust the commitment and integrity of Butcher Box.  If they say free range, I picture chickens doing just that.  The verdict?  The chicken was AMAZING!!!!!  I’ll be using it in a few recipes next week and next month’s box is set to chicken and beef.  (We haven’t tried the pork yet but I know I’ll be out of beef by then.) 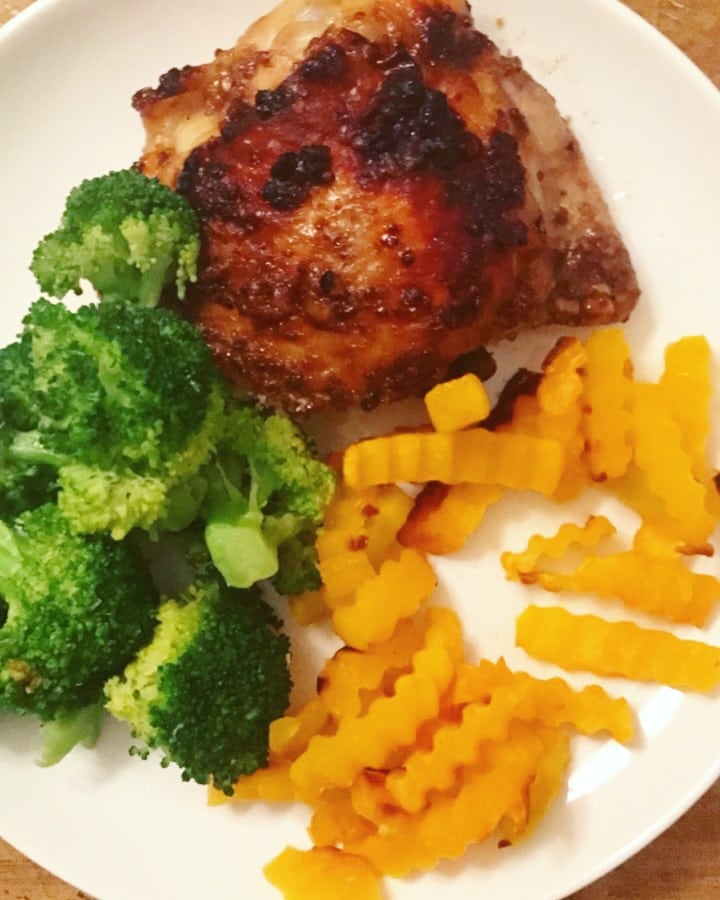 And my latest TJ’s obsession, I’ll take 15 cases thank you! 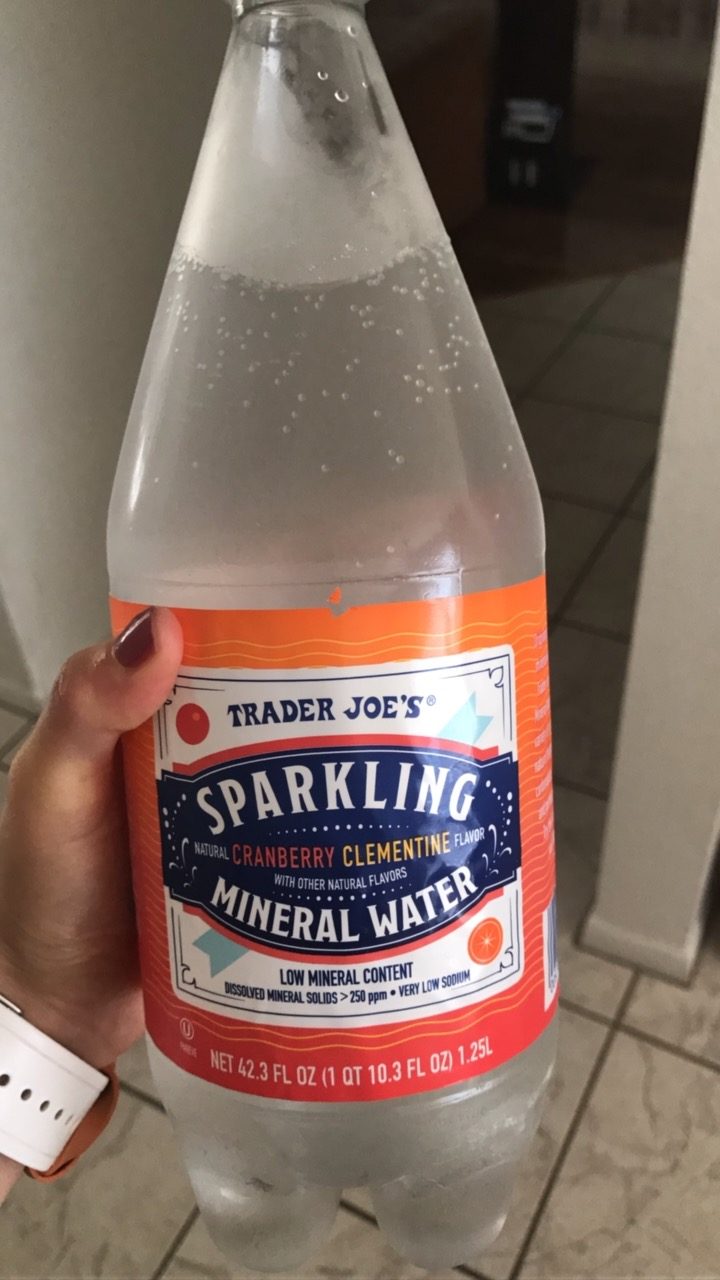 I love these little coasters we ordered from Amazon and unlike the other million orders I have to send back, we are keeping these.  So much easier to order then return, ha ha just like calories. 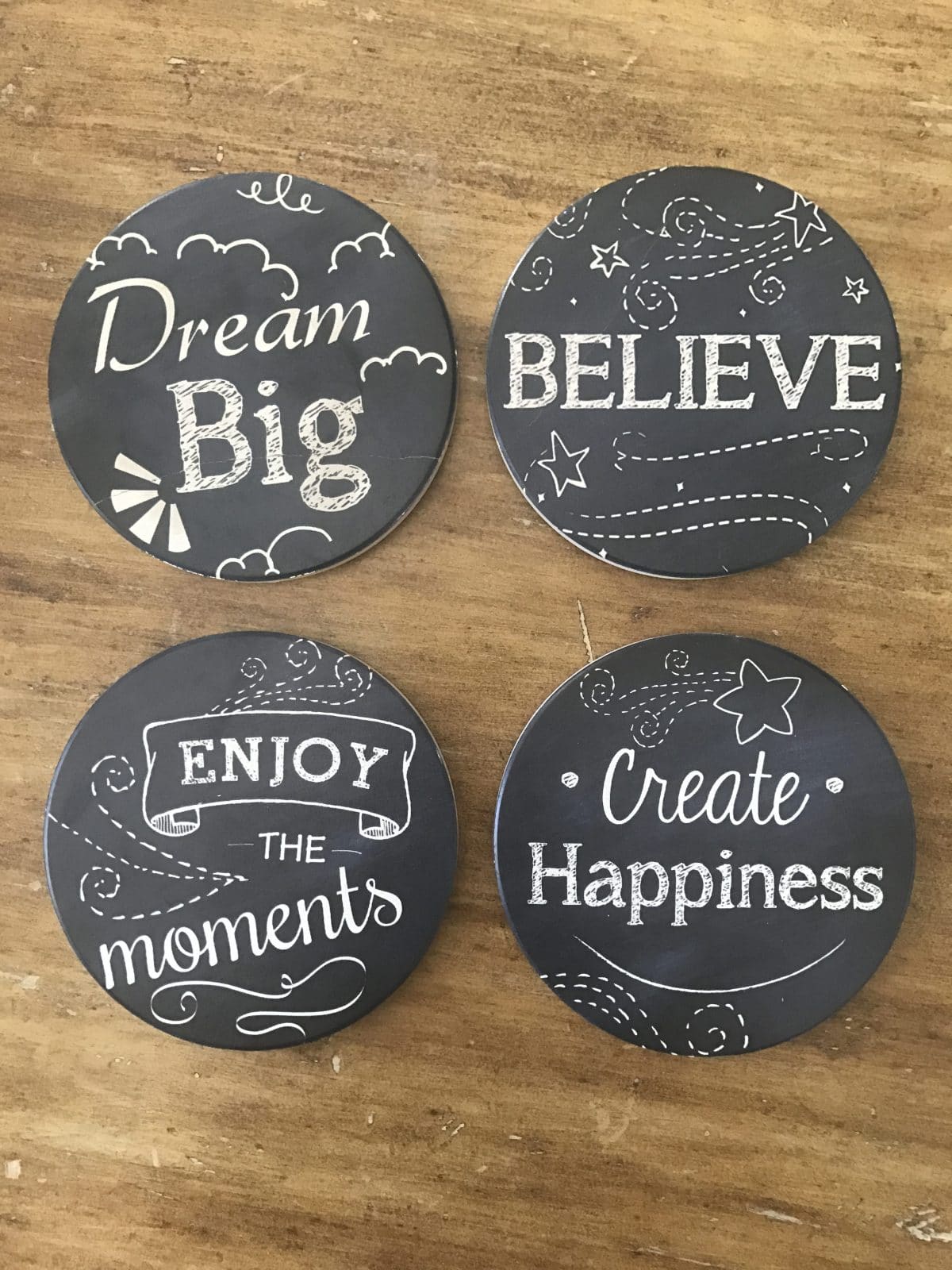 Articles I wrote for the Just A Pinch Blog you may find interesting:
Buzz about Honey
The Sweet Lowdown on Ice Cream
How to Get All Your Nutrients From Food
Origins of Baked Beans
Magnificent Macaroni and Cheese:
The Story Behind French Fries
The Free Radical Warrior: The Blueberry
I’ll leave you with my new recipe video for my Healthy Breakfast Quesadilla :
Have a great weekend!