Note: I received a fitbit flex for my birthday, I was not compensated for this post or in any way affiliated with the company.  All opinions and thoughts posted in this review are my own.

Guess what? I got a fitbit flex from my family on my birthday! 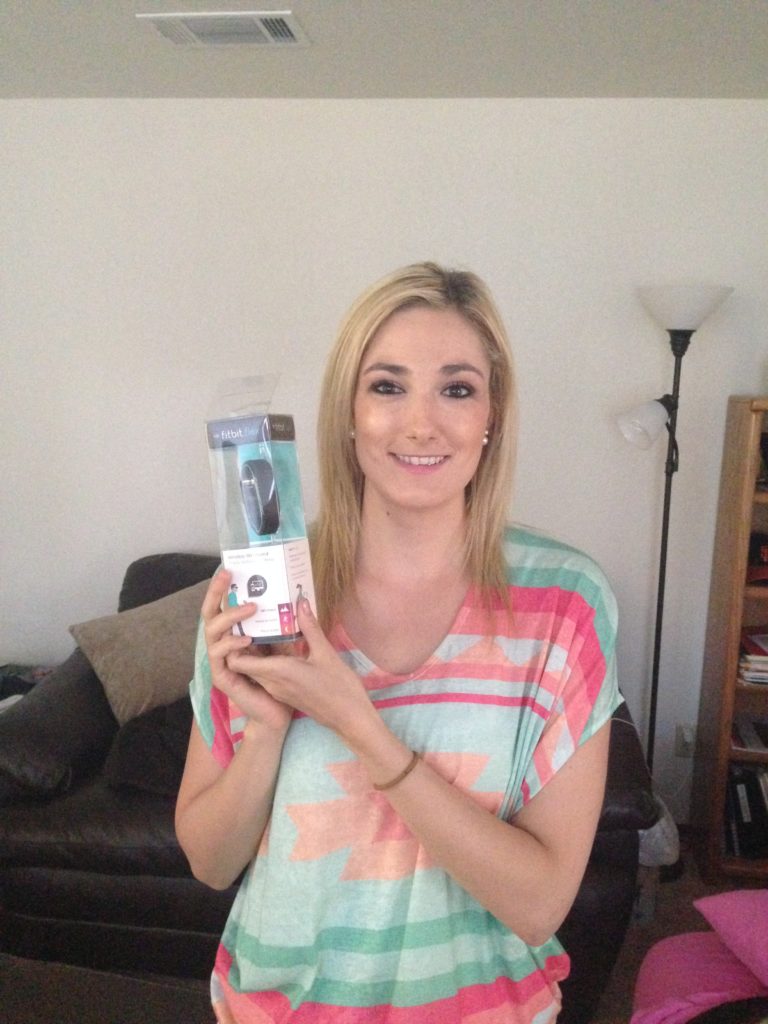 I’ve wanted one for a while now, so I was pretty excited about it.  It was also pretty exciting because the first day I got to wear it while we were touring San Francisco and ended up walking 11 miles in one day!  Talk about getting off to a good start!  Since then I’ve been wearing it daily. 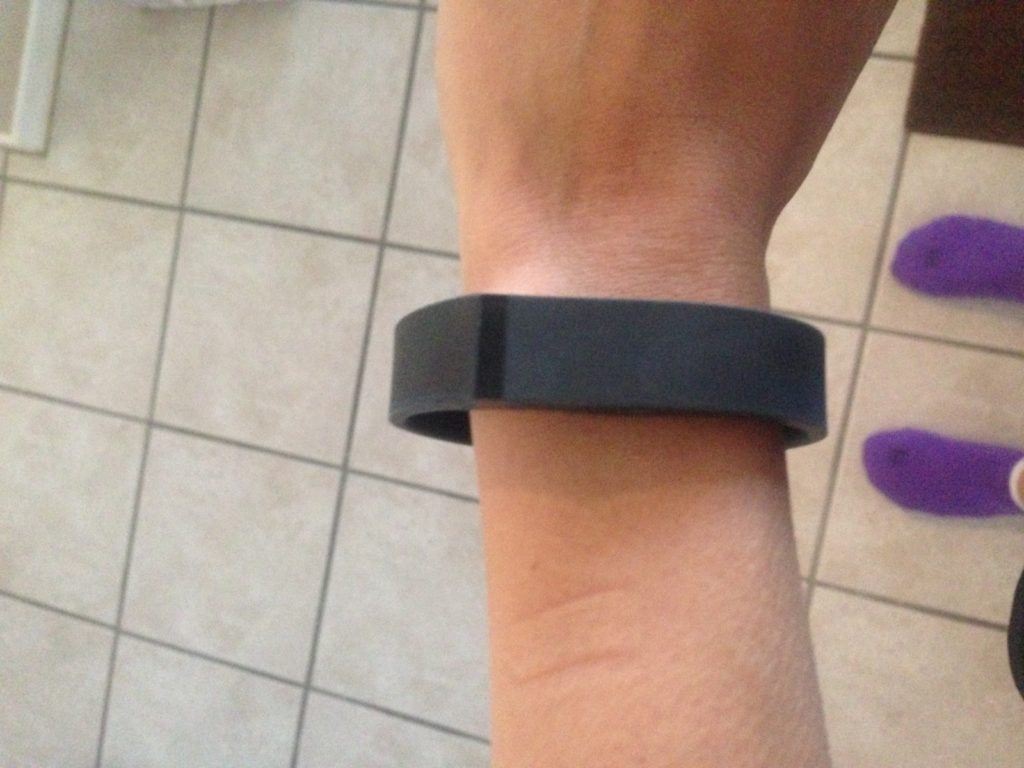 Wearing the band was kind of weird at first, I chose to wear it on my non dominant hand but you can pick either.  At first I felt like it was a little bulky and very noticeable, but I’m already really use to it.  After a couple days of wearing it I hardly even notice it anymore.

The fitbit does WAY more than I even thought it did.  Yes, it tracks your steps like a pedometer, but it is SO much more than that.  It sets you up for a challenge every day because once you hit that 10,000 steps it vibrates letting you know you’ve hit your goal.  I use the iphone app to check in on my progress. 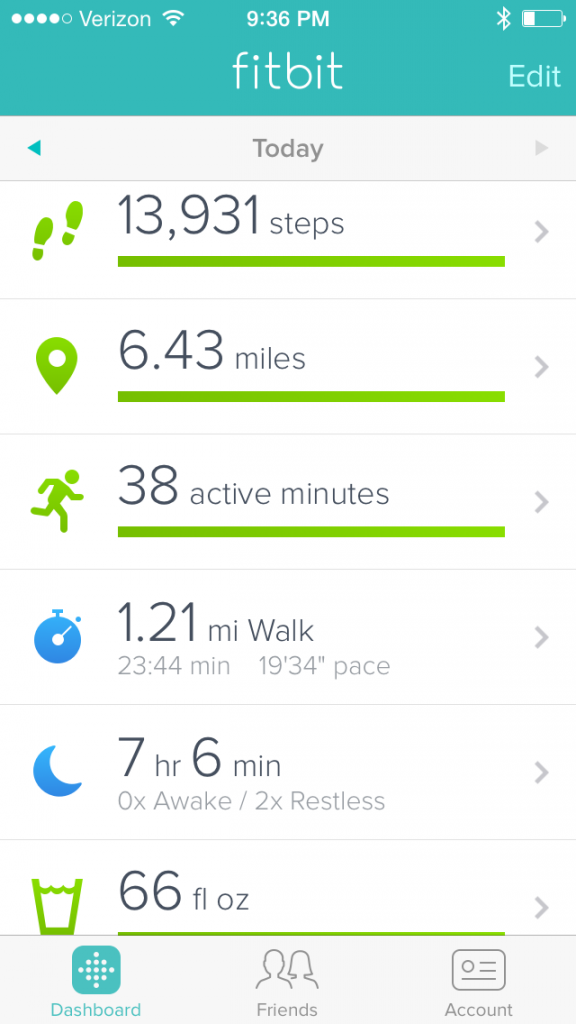 A few things to note for the phone app: I turned off the the weight, food plan, and calories eaten from the dashboard.  One of the reasons I waited so long to get a fitbit was because I do not want to rely on external cues to tell me how much I can eat in a day.  I calorie counted for A LONG TIME and it took me just as long to learn to intuitively eat (see more of my calorie counting history —> here.)  I refused to revert back to a computer calculating my existence.  I was thankful for the ability to turn those parts off.  So far I’ve left the calorie burn tracker on for a couple reasons.  One, I don’t believe it’s super accurate anyway.  Two, so far I’ve found it to encourage not discourage eating good meals when I’m hungry.   However if I feel like it’s becoming an unwanted burden I will turn it off.  Anyways, I’ve only checked the computer when I’ve plugged it in to charge it.  Which by the way takes 1-2 hours MAX, and then you are good to go for 5 days. 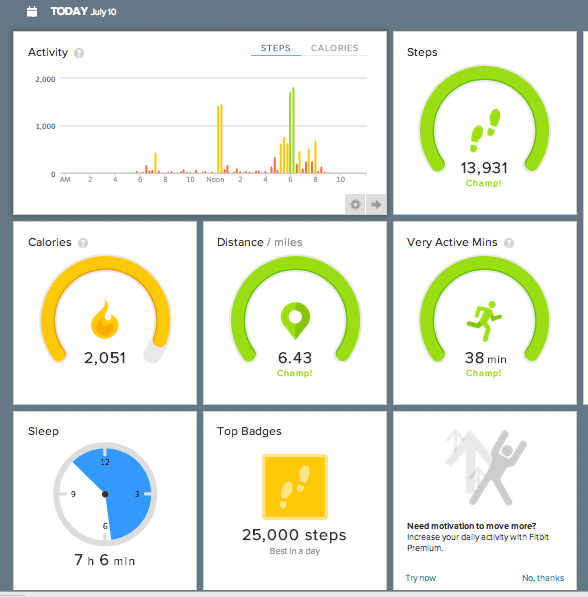 I like that on the computer you can get 7 day averages (even though I technically haven’t had the fibit for 7 days yet.) 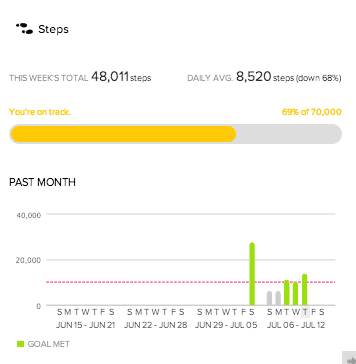 I would definitely say that so far I’ve been more motivated on my rest days to be slightly more active.  However, I will say that for me, it’s really hard to get in those 10,000 steps on a rest day!

The sleep tracker is a nice little feature of the fitbit which I was somewhat unprepared for.  Throughout the week I started realizing I wasn’t even hitting 7 hours of sleep, which started to slightly concern me.  So I definitely think it will help motivate me to get to bed at a decent time next week.  Also, last night I turned it on “sensitive” mode which I noticed made the fitbit record that I got less than 6 hours of sleep when I really got 8!  So I think I’ll be switching back to normal sensitivity. 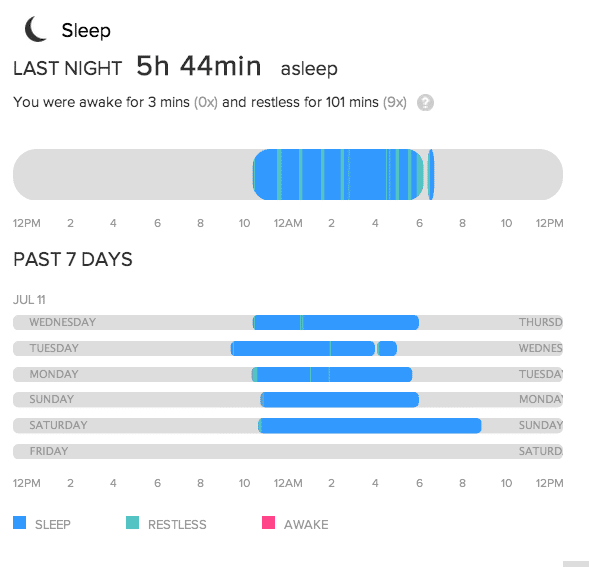 Okay so this might be one of the best features about the fitbit that I didn’t even know about until my friend told me.  You can set silent alarms which will make the fitbit vibrate when they go off.  My friend said she wakes up to hers everyday, I was a little skeptical that I wouldn’t wake up, but I decided to give it a whirl.  So far I’ve woken up with no problems, and Mr. Hungry is very thankful since I wake up 1-2 hours before him!

So far I really love the fitbit, it’s a fun little way to get more activity into your daily life.  Not only is it motivating to keep moving, it also motivates me to eat and sleep well.  The silent alarm feature has really been helpful in not waking up Mr. Hungry in the morning so he loves it too!

Question of the day:

Whats your favorite way to get moving on your active rest days?