In case you missed it, I published my 2022 reader survey. If you haven’t had a chance to take it, please take 5 minutes now! I’m giving away four 25 dollar gift cards as a thank you, so please do it now if you have a few minutes!

And I managed to post three gift guides for this season! I’ve had so much fun putting these together. I hope you find them helpful for your shopping in the next couple of weeks!

As for the rest of the week, unfortunately, Nala developed a bleeding mass on her back that turned out to be her second round of skin cancer.  The vet checked her kidneys (she has some slight chronic damage) and said she is OK for surgery, so she is scheduled in a couple of weeks. Luckily it’s a pretty simple procedure and fast recovery.  The concern is that she will keep developing them since this is the second mass she’s had.  Trying to take one thing as it comes though and hope for the best.  In other bad pet news, our sitter lost her dog this week (he was ten and a big dog, so old age), so she left early yesterday and isn’t here today.  Luckily Mr. Hungry said he could watch the boys for an hour while I head to the chiropractor for persistent neck pain. After that, I’m excited to start the weekend early with the boys!

(PS I’ll be totally honest in saying I have to coach myself through a glass half full approach when it comes to taking unexpected time off work because of the kids.  I continually remind myself that this type of flexibility is what I worked so hard to build before they were born.  It can still be hard to let go of what I planned or feel I should have gotten done.)

I hear KJ on the monitor so it’s time to unplug! Back next week with more recipes!

WTE? Meal Plan Subscribers, your meal plan is in your inbox! 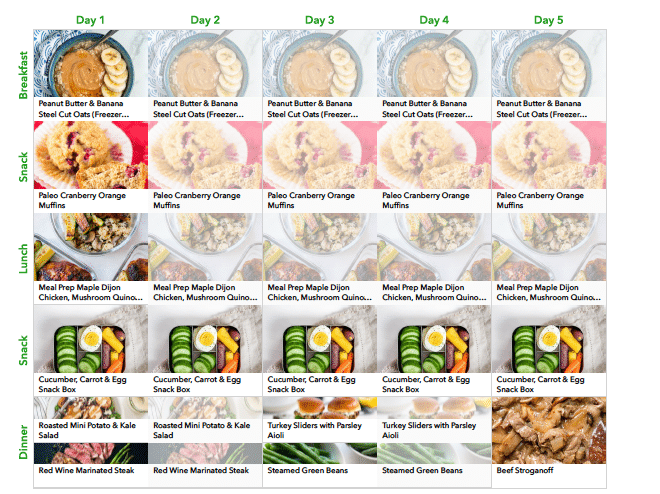 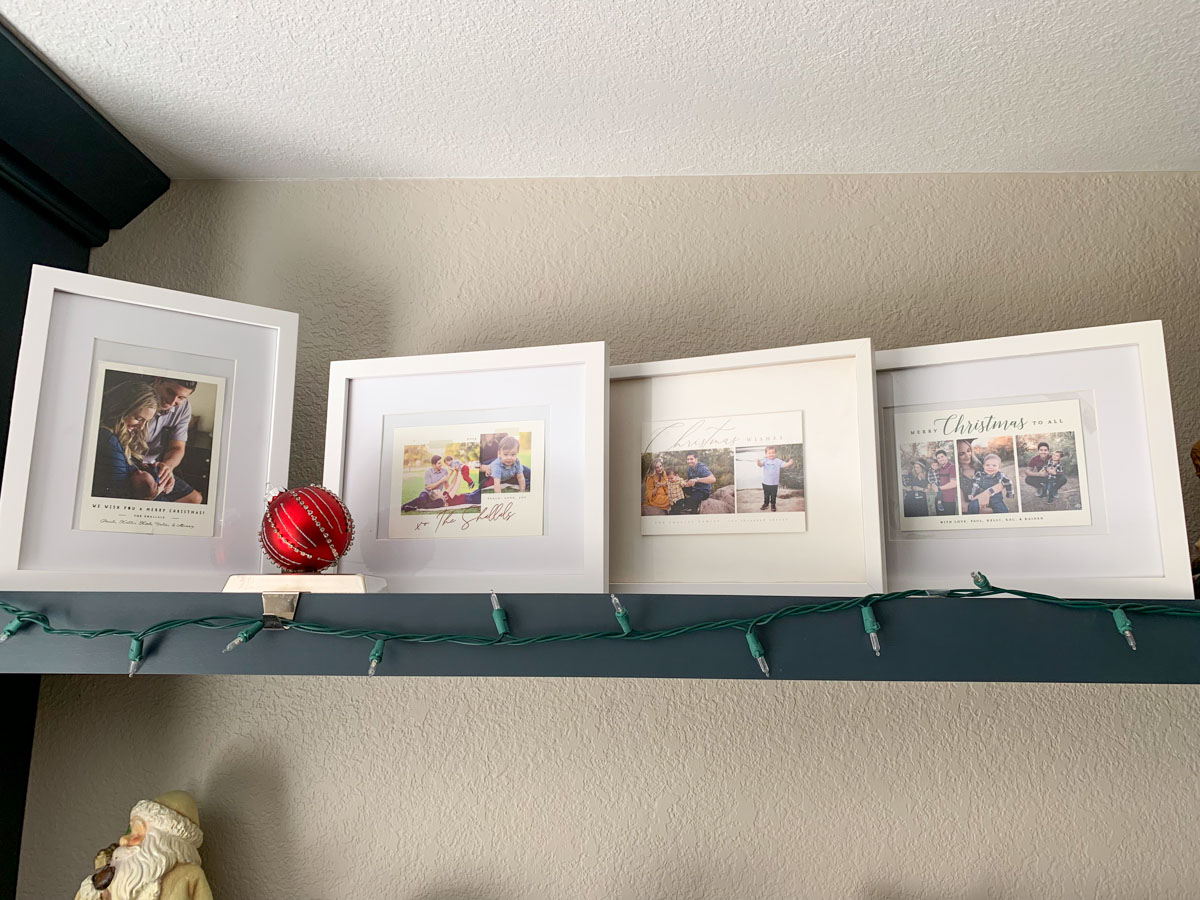 I’m pretty proud of this idea for a Christmas Card display I came up with all on my own (aka I didn’t steal it from Pinterest or Instagram, haha.)

Last year I bought a mounted version of our Christmas card from minted (third from the left), which gave me the idea to frame our other cards (I used these white frames.) I love how it turned out and it will be fun to add to it every year! 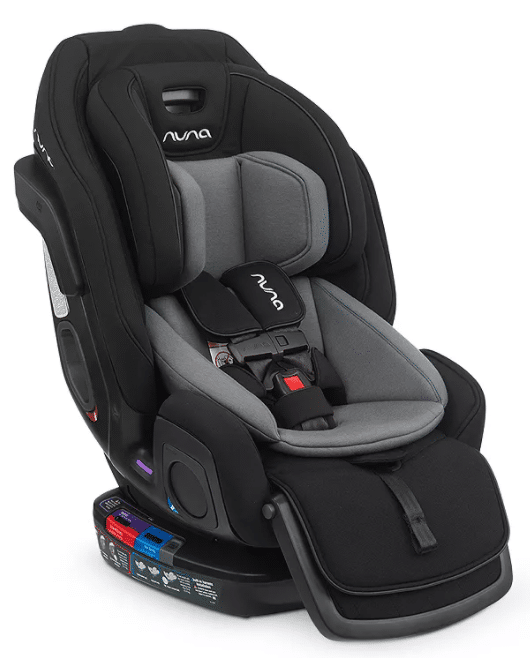 We recently decided to get a second car seat so that Mr. Hungry could have one in his car.  We decided to upgrade the car seat in my car and put the old one (safety first from Costco) in Mr. Hungry’s car.  We felt like the old padding had worn down and was pretty uncomfortable for KJ, especially when we take road trips up North. So after my friend raved about the Nuna Rava, I checked them out.  After a ton of research, I went with the Nuna Exec because it can convert to a booster seat and work with your child until they are well into elementary school.  This is definitely a high-end car seat. The car seat is so lux from material to extra safety and comfort features.  I have a stock Honda Pilot, so I joke that the car seat is nicer than the seats in my car.

That being said, I’m a Nuna fan for life now, not just because of the enhanced safety features but the ease of installation BLEW me away.  It took me five minutes to install the car seat securely.  I feel like I got at least 30 -60 minutes back of my life that I usually lose to trying to rig the car seat in.

Nuna prefers the belt system to eliminate the confusion of when you need to switch from lower anchors to the belt system.  Now, if at this point your like, why would you ever need to change to the belt system? I was with you.  After seeing this issue again pop up on the @safetyintheseat Instagram page, I checked the manual for our old Safety 1st car seat now in Mr. Hungry’s car. 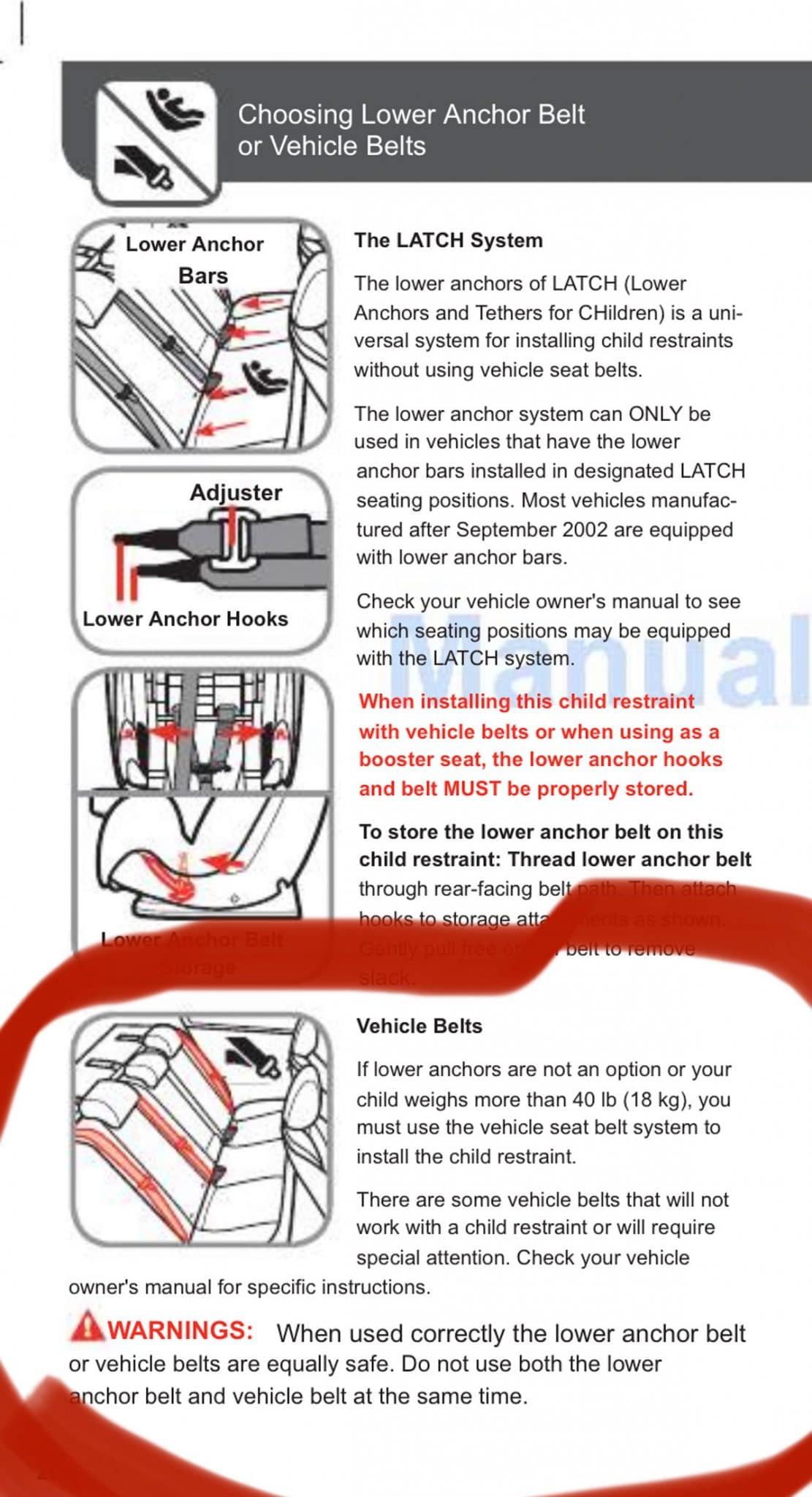 Your child can exceed the weight capacity for the car seat’s latch system.  So make sure to check your manual! 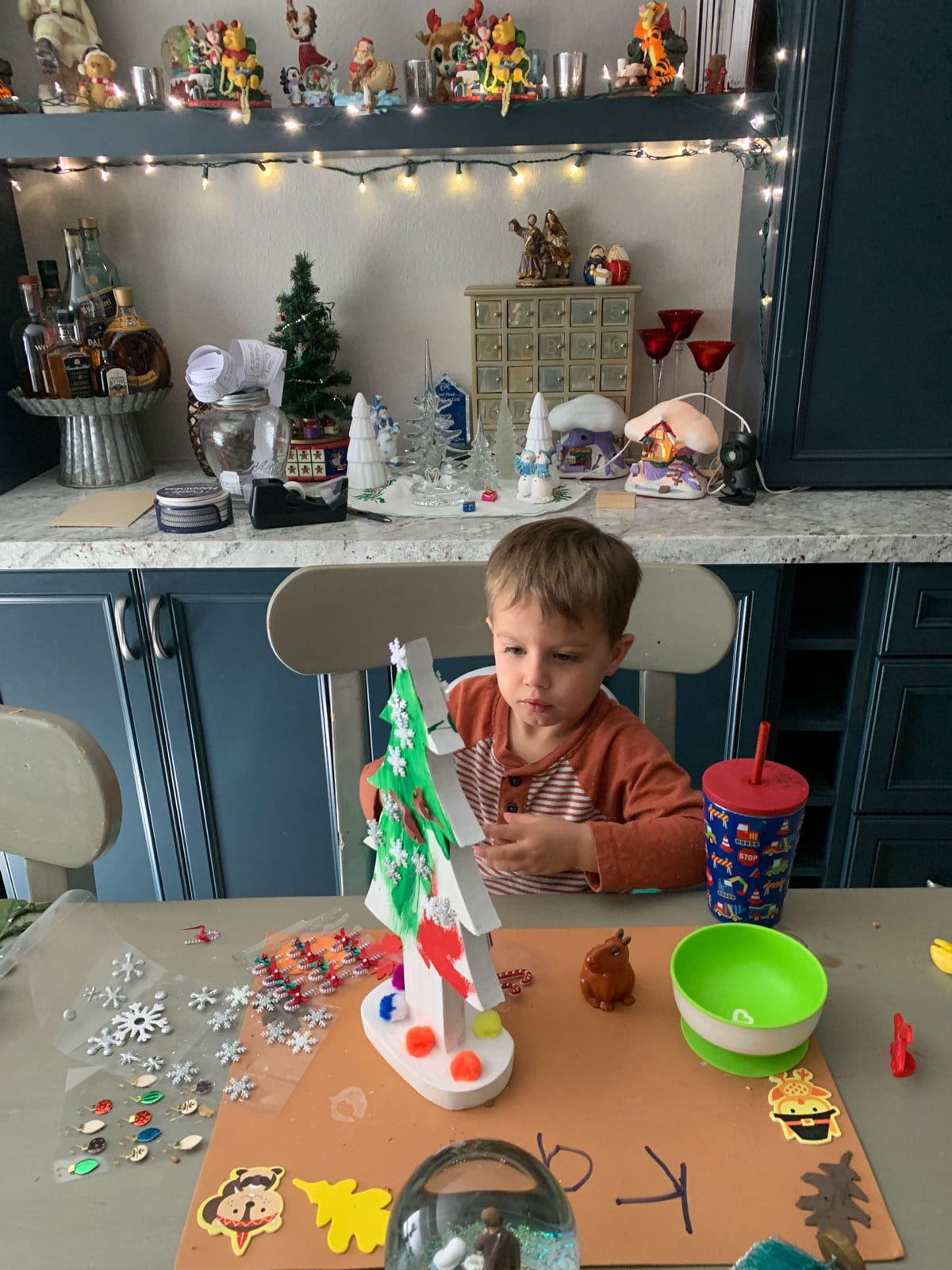 KJ decided to add more decorations to the Christmas tree he made with my Aunt last year.  When I sent the photo to my Aunt, she had a great idea.  Pull the stickers off and paint it white again so he can redo it every year! My Uncle and Aunt made his wooden Christmas Tree, but if you buy them from Hobby Lobby, they are like $20 bucks, so it would be a great way to get your money’s worth! 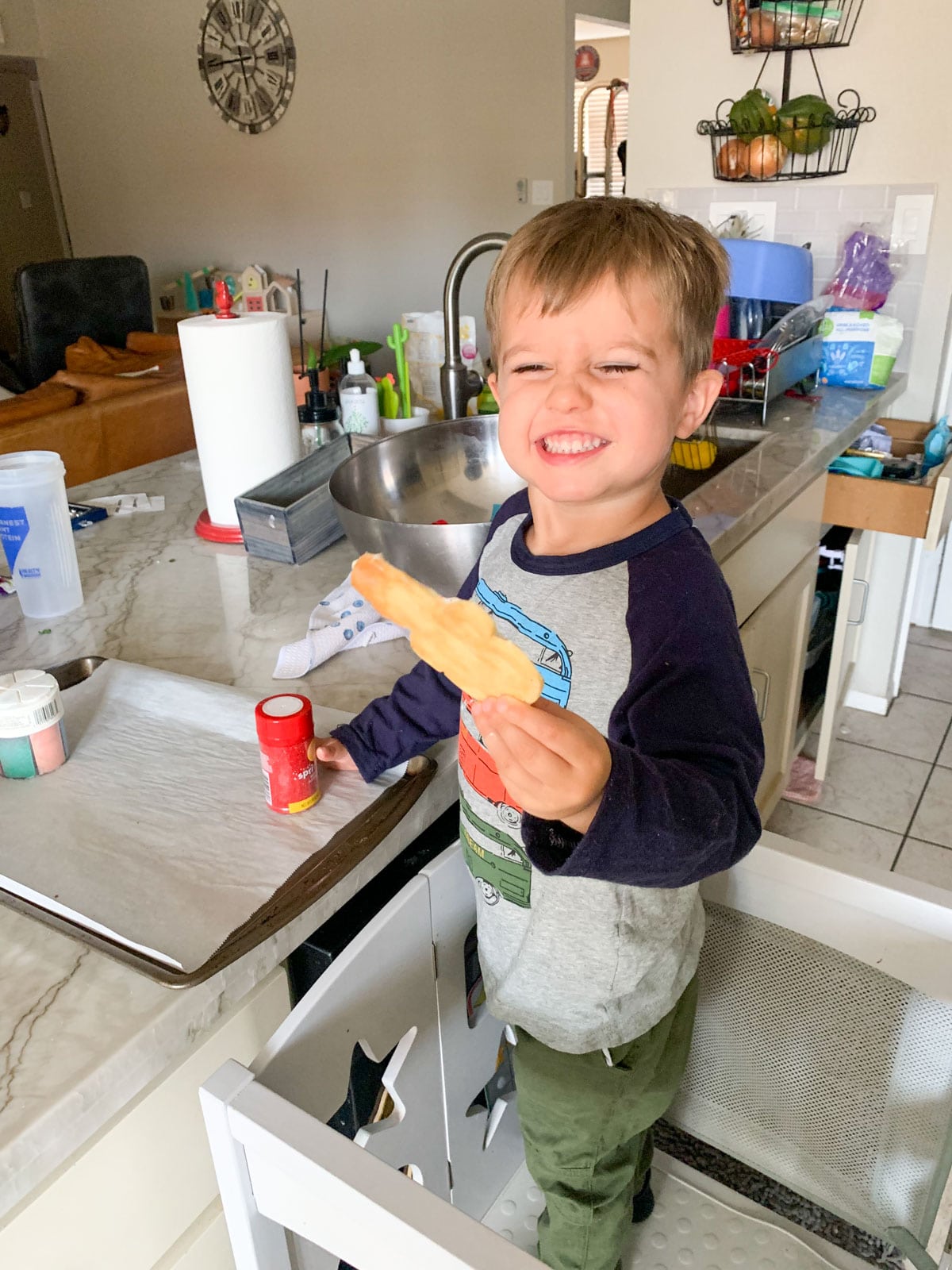 KJ and I made homemade Christmas cookies (recipe from Sally’s Baking Addiction.)  KJ is never into crafting that much, but he is into sprinkles and eating. So my mom convinced him to help her decorate a few while he ate the sprinkles that fell on the pan.  Mr. Hungry said the sugar cookies were the BEST and for me to save the recipe for next year! 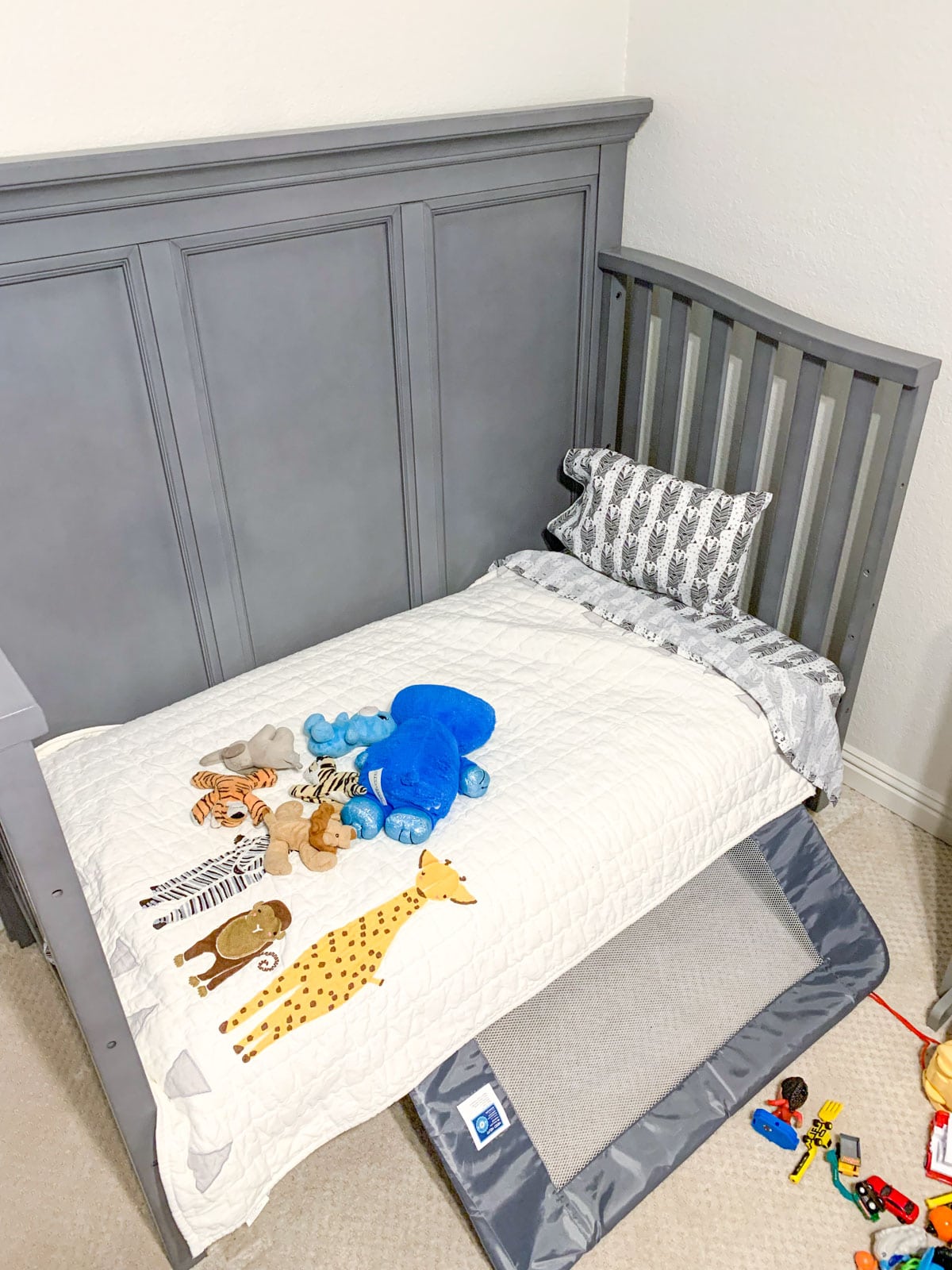 We’re officially in a big boy bed over here!

KJ had outgrown the pack n play and needed to sleep in a big bed when we visit my Aunt, so we figured it was time to transition!  I was nervous he’d get out of bed 100 times, and it would be a big ordeal, but he didn’t!  (He probably will tonight since I’m writing about this, lol)  Overall he loves his big boy bed, and I’m glad we made the transition now because I could tell he was getting pretty attached to his crib, so I think the transition would have been harder later.

Fitness this week has been nonexistent, minus walks.  I was sick last week, and right when I started feeling better, I tweaked or pulled something in my neck. So I’m headed to the chiropractor today to hopefully speed along the healing process because it doesn’t seem to be getting any better on its own.  I’ve gone on a walk every day this week, though, so that feels like an accomplishment! 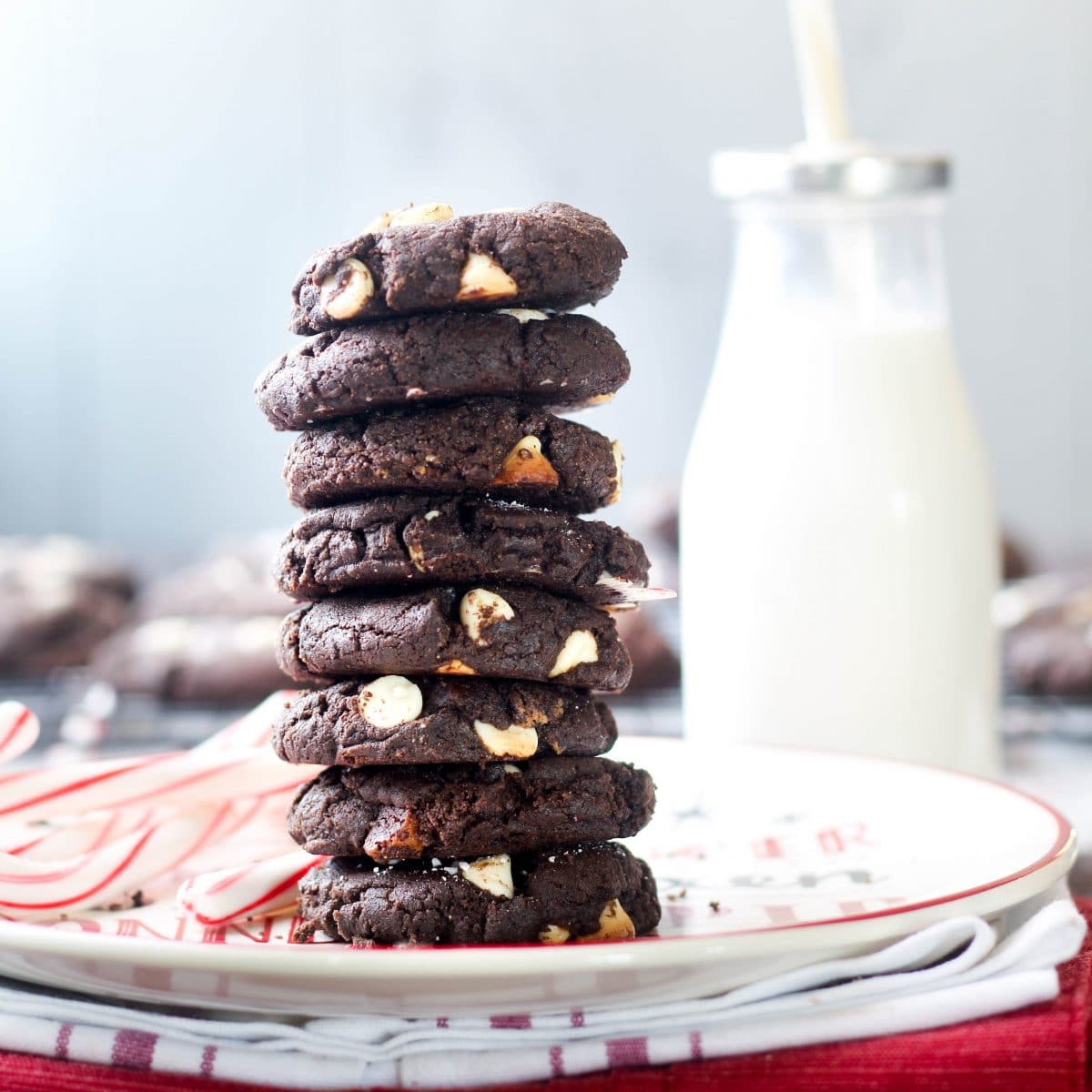 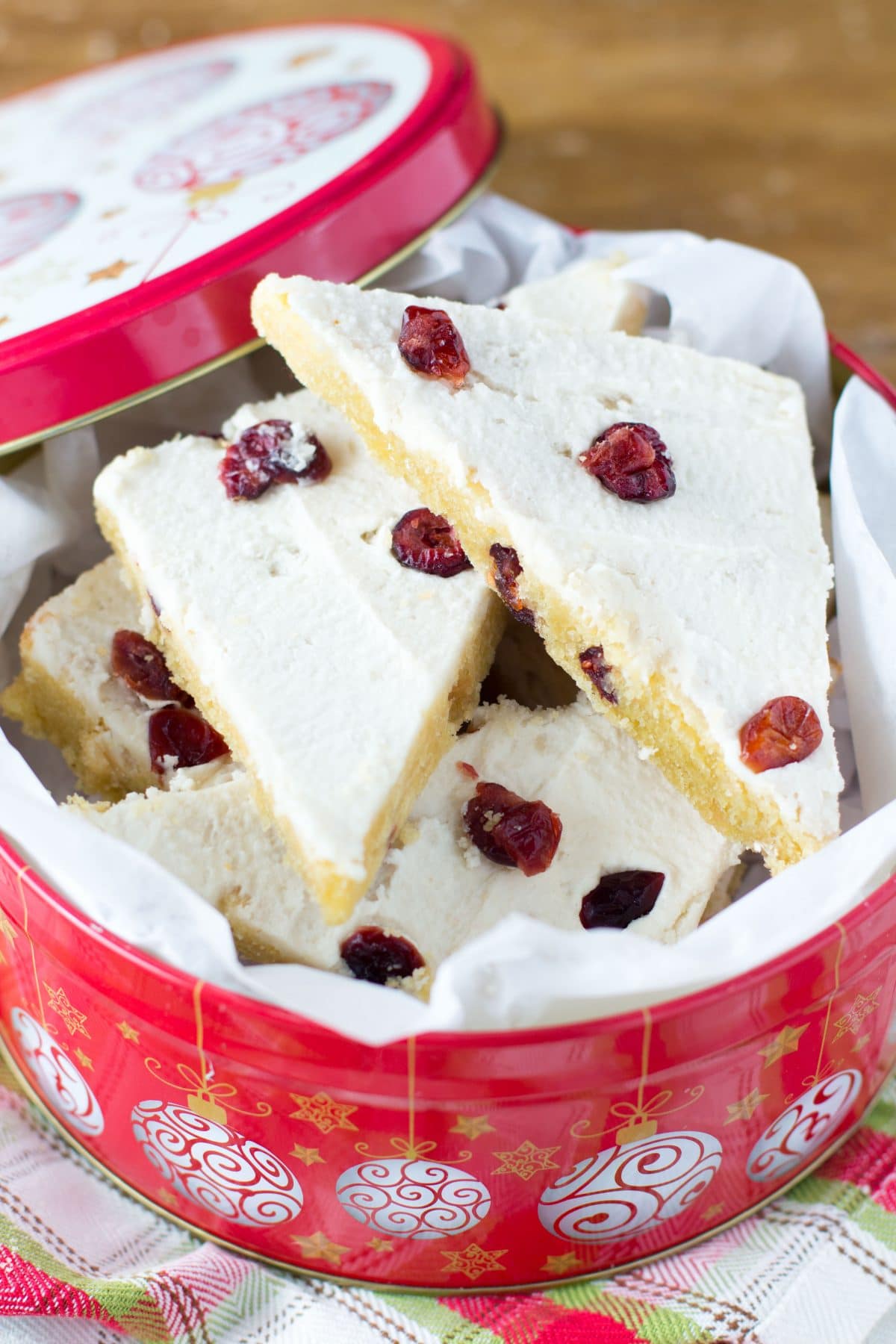