Technically I’m 37 and 6 days pregnant, but who’s counting, right?  (Oh, right, that’s me, every hour and every second, haha) 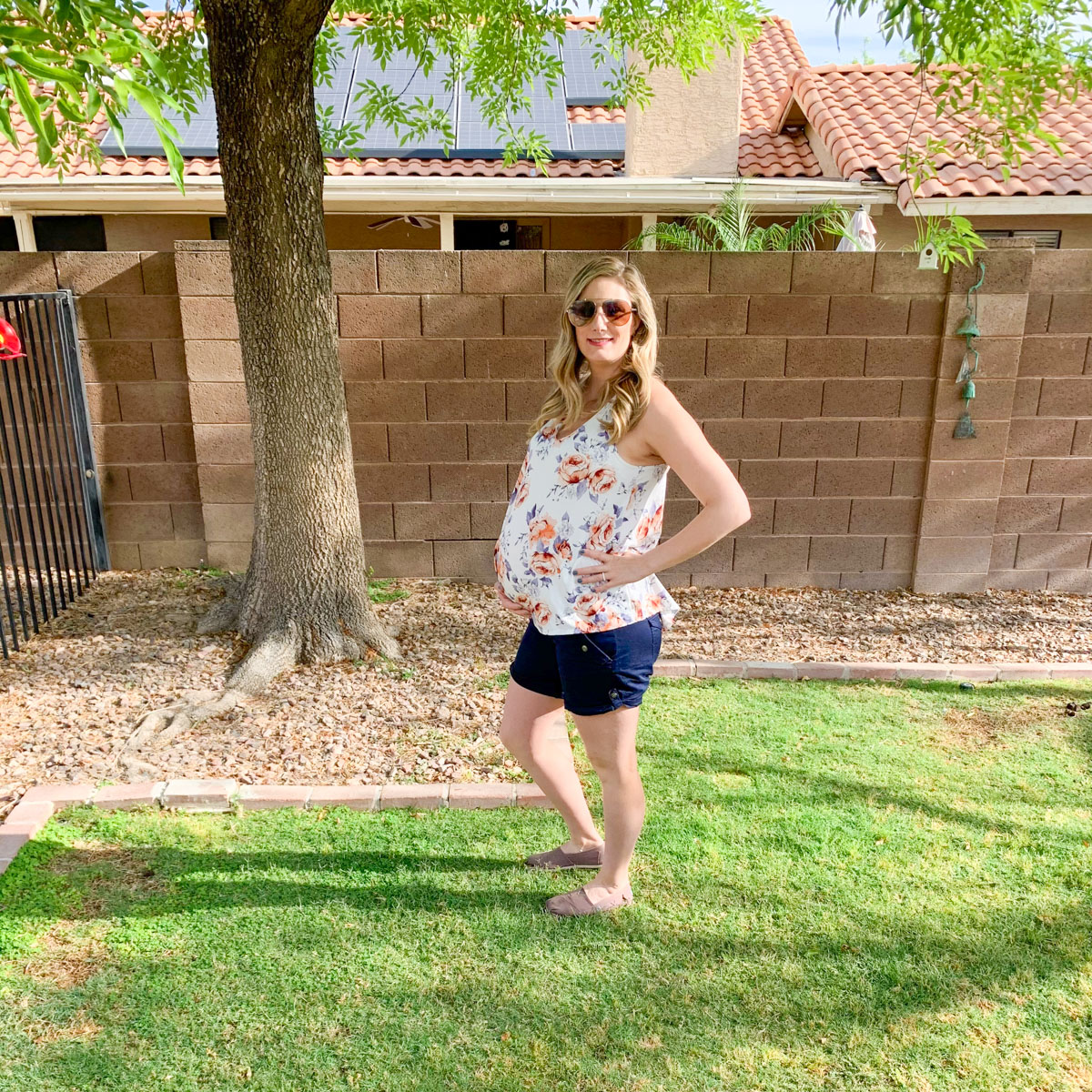 This week has been interestante, to say the least.  I’m writing this post on Thursday night to go live Friday morning, so last night (Wednesday night), I woke up several times (I think 3?) with mild contractions or at the very least cramping.  Enough to wake me up, mild and short enough to not get me too excited.  I’ve heard this is more common in a second pregnancy and could go on for weeks, so I tried not to get too ahead of myself.  I’ve had that same cramping sensation a few times during the day on Tuesday and Wednesday too.  We will see what’s up at my doctor’s appointment tomorrow morning (aka this morning by the time you are reading this.)

The other interesting thing is I’ve had some extreme fatigue the last few days.  Like when KJ naps, I nap for 1-2.5 hours.  This was a regular thing in the first and third trimester with KJ, but it’s new for this one.  I haven’t had that same mind-numbing fatigue until now, so that’s fun.  In my mind, my body is conserving energy for labor and delivery and a million sleepless nights, haha.

As you may have noticed (and I mentioned last week), less posting on the blog due to less childcare is the current sitch.  I’ve been finishing up with current clients,  grading lots of assignments for my classes I teach at the community college, and spending lots of time with KJ before the baby comes.  These days where it’s just us our numbered, and I’ve had so much fun hanging out with him (but also may be why I then sleep for 2.5 hours cause the kid has a lot of energy!) 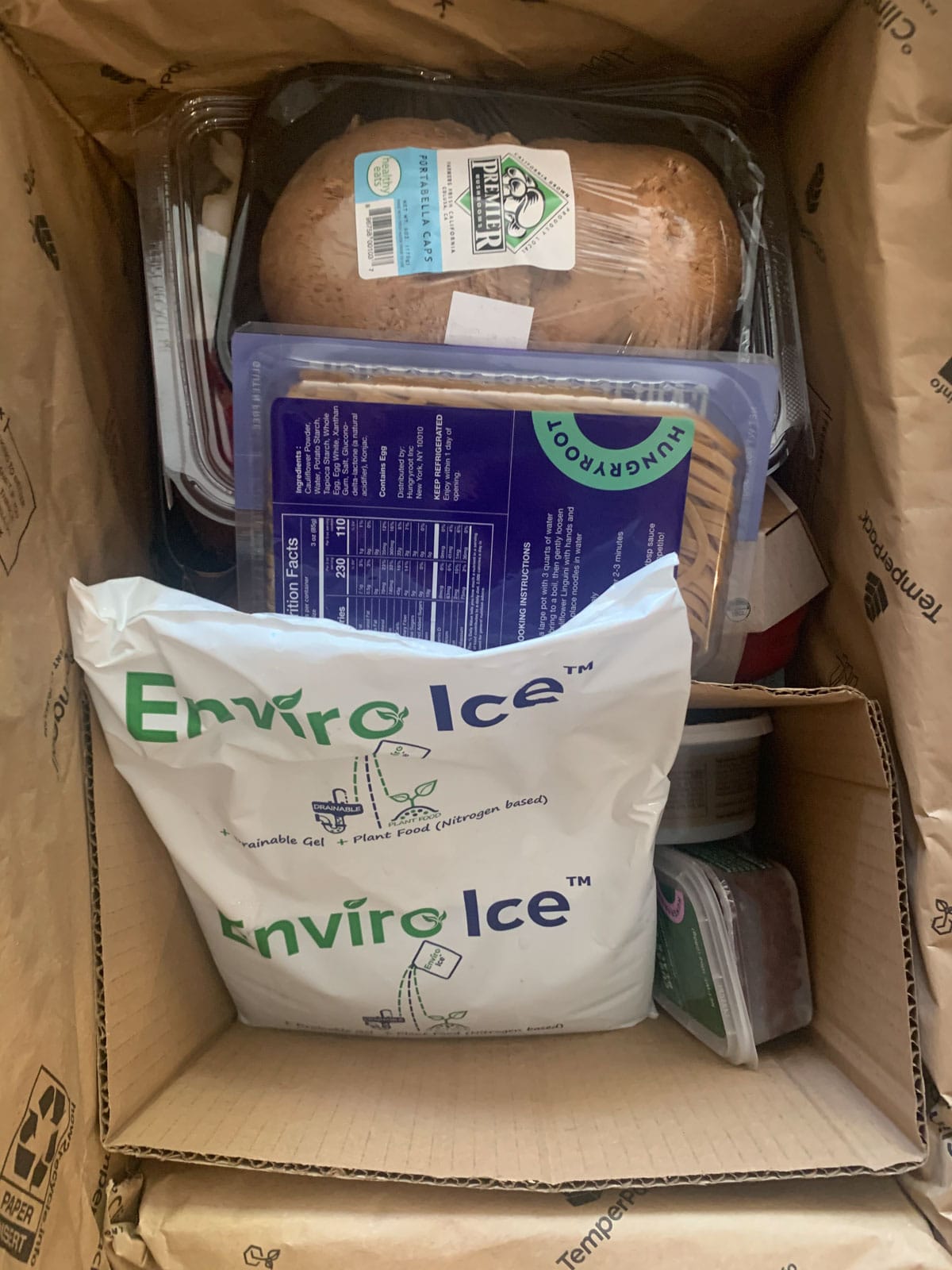 Food hasn’t been all that exciting to me in general, so, as I mentioned last week, we reactivated our Hungryroot subscription so that I could at least get dinner on the table that tastes good and is healthy.  However, I forgot to change the meals for this week, and they sent some interesting stuff, to say the least.  I’ve done this before, and we loved everything that came despite not choosing it ourselves, not so much this time.  One of the meals was normal, just cauliflower linguine, chicken sausage, and marinara.  Another one was rice, bell pepper, meatballs, and alfredo sauce (sounds so weird to me.)  Lastly, a mushroom tacos recipe and neither of us likes mushrooms.  So, I’ve been modifying this week’s selection a bit to suit our taste buds.

I used the rice and bell pepper from one meal to eat with some leftover salmon and chicken.  It wasn’t great, but it worked. 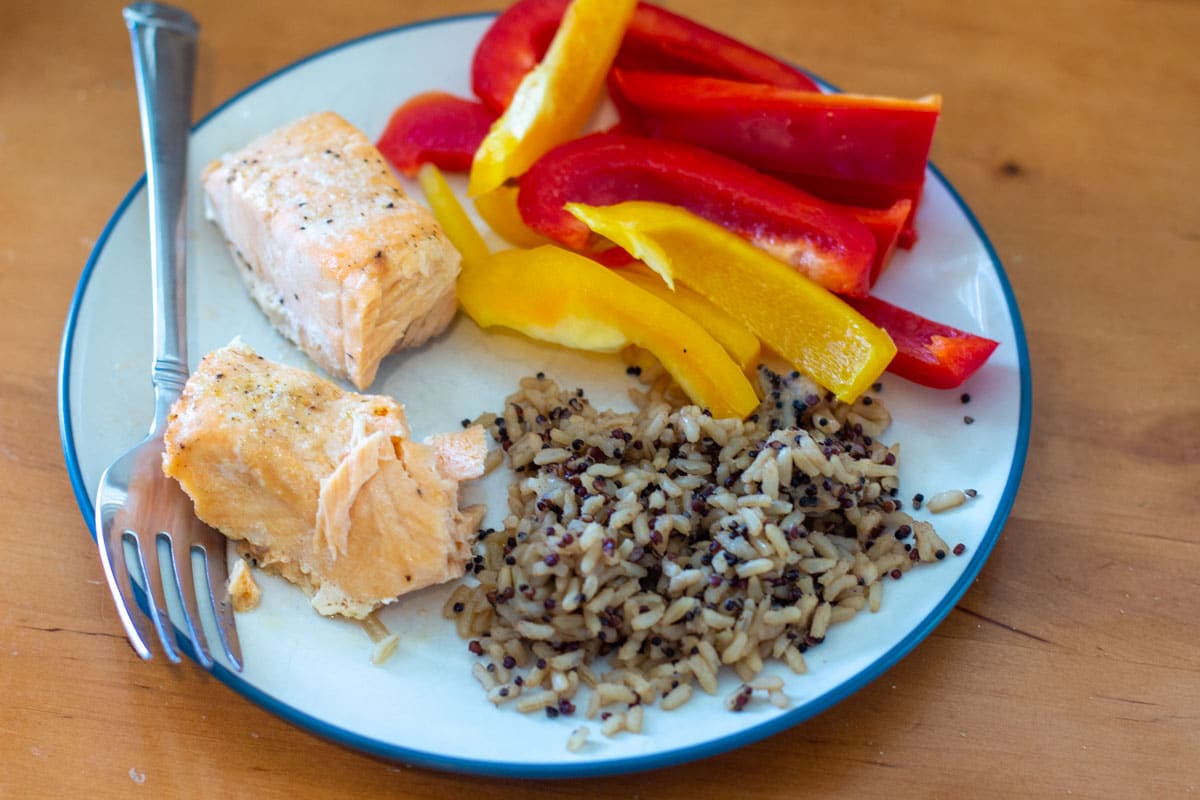 I used the alfredo with the chicken sausage and cauliflower linguine, which was DELICIOUS! (Topped with some parmesan.) 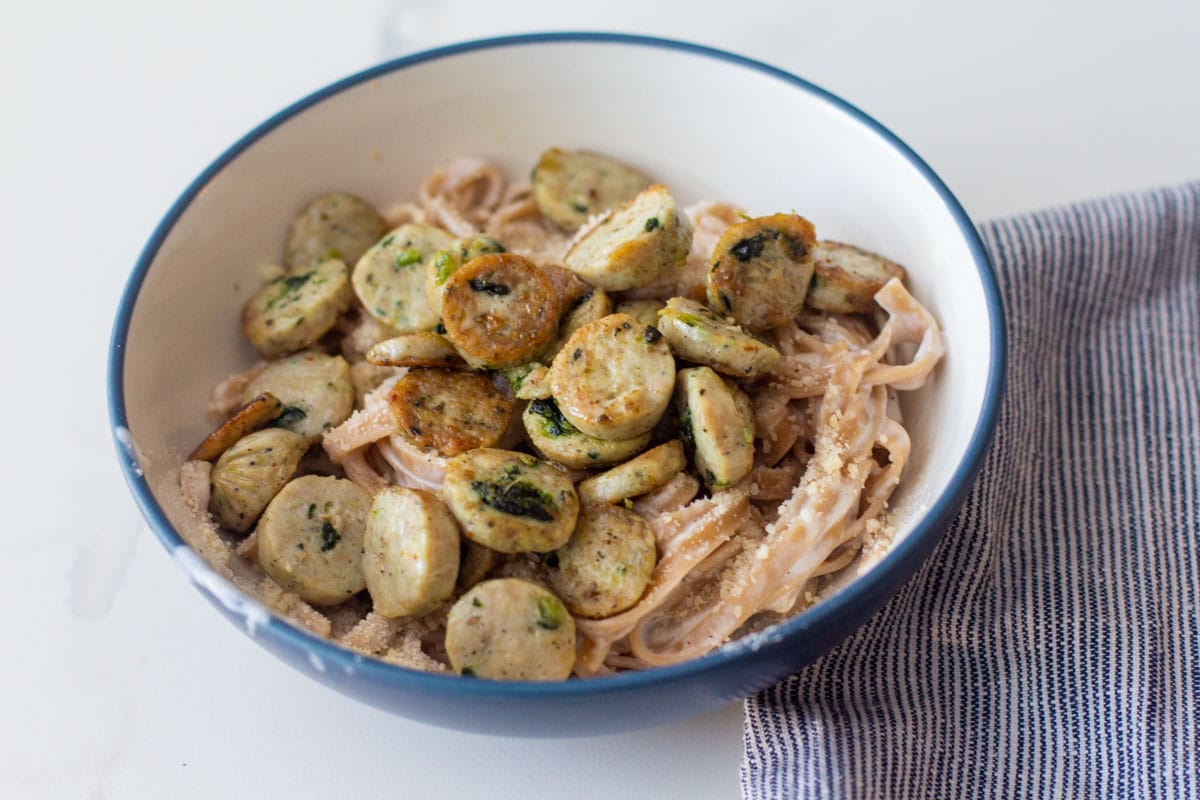 I actually have enough cauliflower linguine pasta and alfredo leftover to use with the meatballs for another meal! I think I can make a pasta bake of some sort with the marinara and Banza pasta from the cabinet.  See, I’m making it work, but I did make a reoccurring note in my calendar to check my HR meals from now on, so it doesn’t happen again.

Still walking 30-40 minutes a day unless I have calf pain or a morning appointment.  On the weekends, we’ve been going on super long walks, 60-90 minutes! I definitely need to sit down and chill out for a while after those, but feels good to be active! 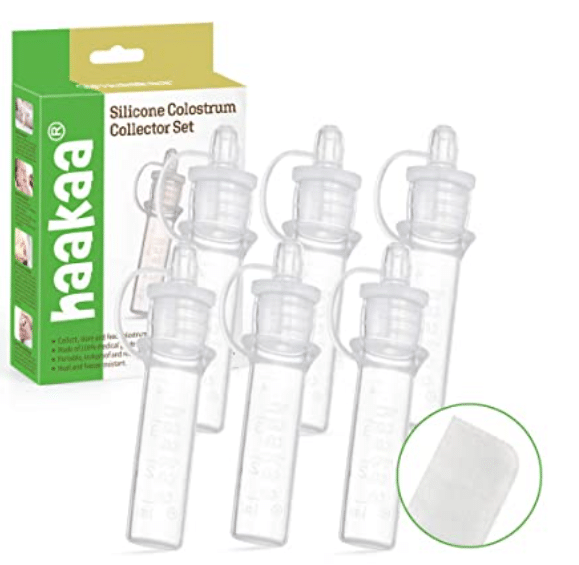 A few weeks ago, I had an appointment with a lactation consultant to chat about some of the stuff that happened with KJ.  One of the big issues I had was that it took so long for my milk to come in (like five full days), so she suggested that I start expressing colostrum using the haakaa collectors at 37 weeks.  It feels kind of silly, I’m not getting very much so far, but it will be nice to have in case we need a little support again! 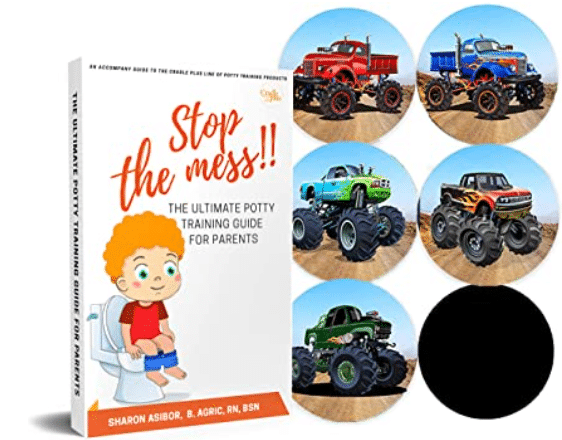 I got these cool potty stickers for KJ to help encourage him to “point it down” by hitting the target.  These stickers are unique because when he pees on them, they go from black to showing a picture of a monster truck, which he LOVES.  It also helped that the second day I used them, my Aunt randomly bought him a brand new monster truck that matched the sticker I put on (lucky), so he got even more obsessed with it!

When you wash/rinse the potty out with cold water, it changes back to black.  They say to replace the stickers when they’ve come in contact with feces but, I washed it out with soap and water plus used a bleach cloth/wipe. The same sticker is still working for about a week (KJ is a regular pooper, at least once a day. haha), So definitely worth the investment over here! 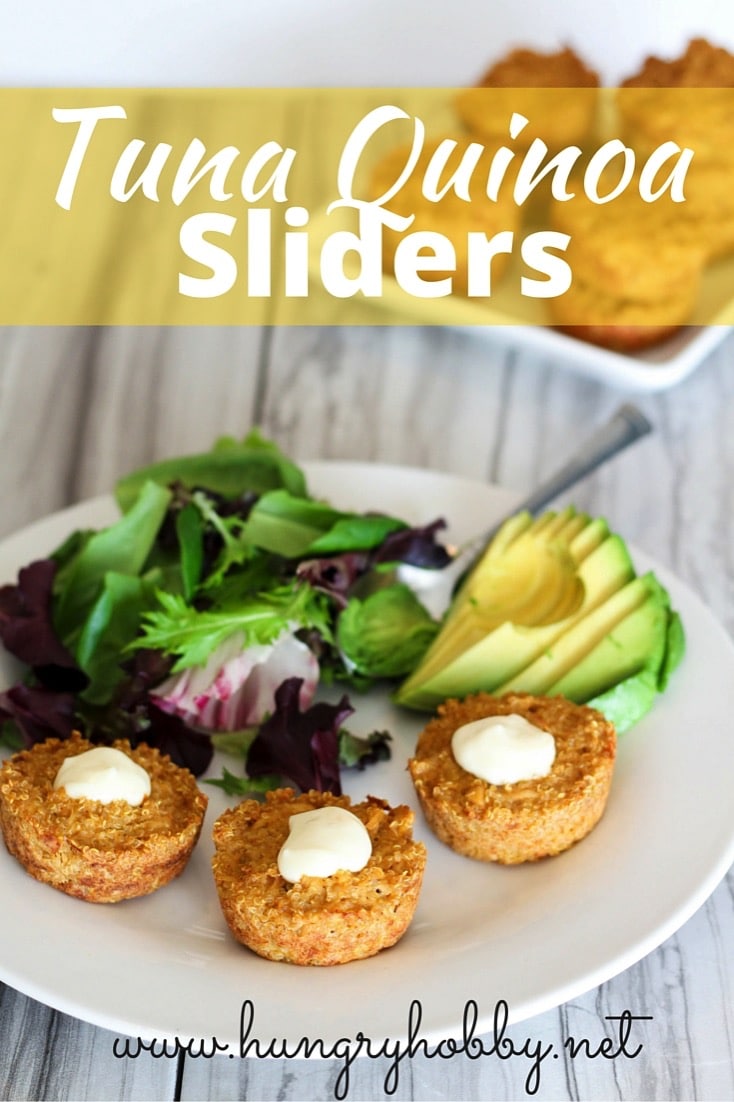 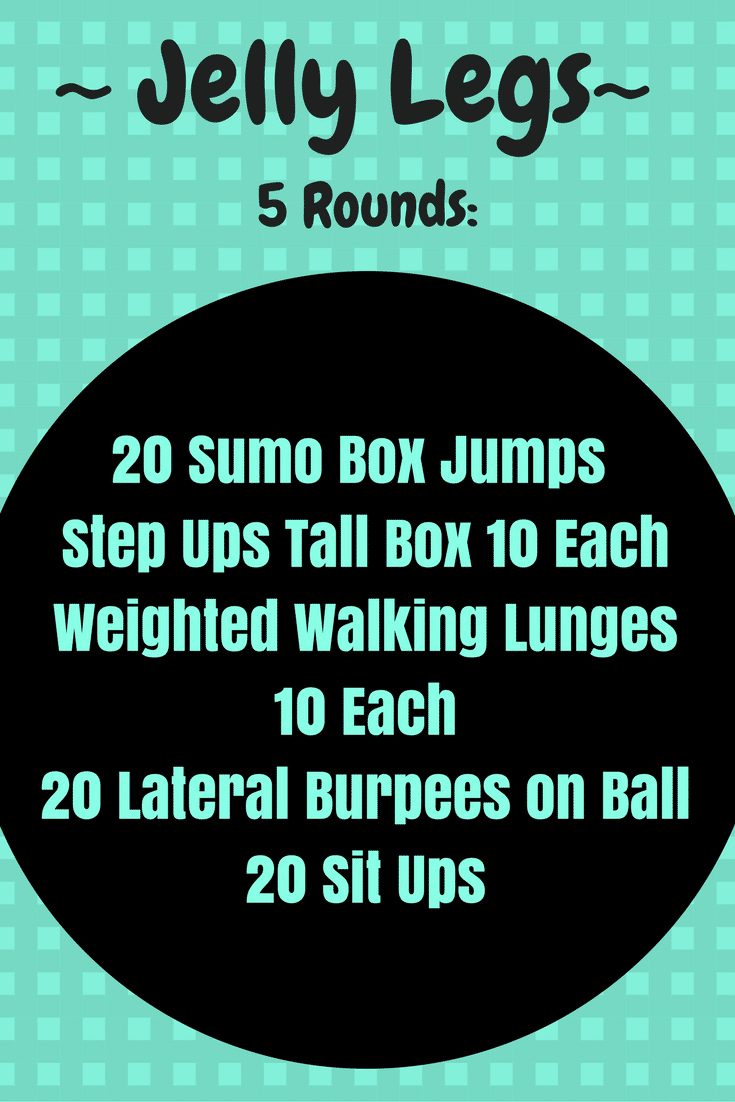