Happy Friday, friends! I had fun doing last week’s DIL post, but  I missed checking in here on Friday.  This past week was a little low-key as I had less than normal child care and a different typical schedule.  Plus, the community college system I teach at experienced an emergency technical outage that halted some work there (catching up from that today.) So KJ and I hung out, colored eggs, and spent some extra time together while it’s just the two of us. 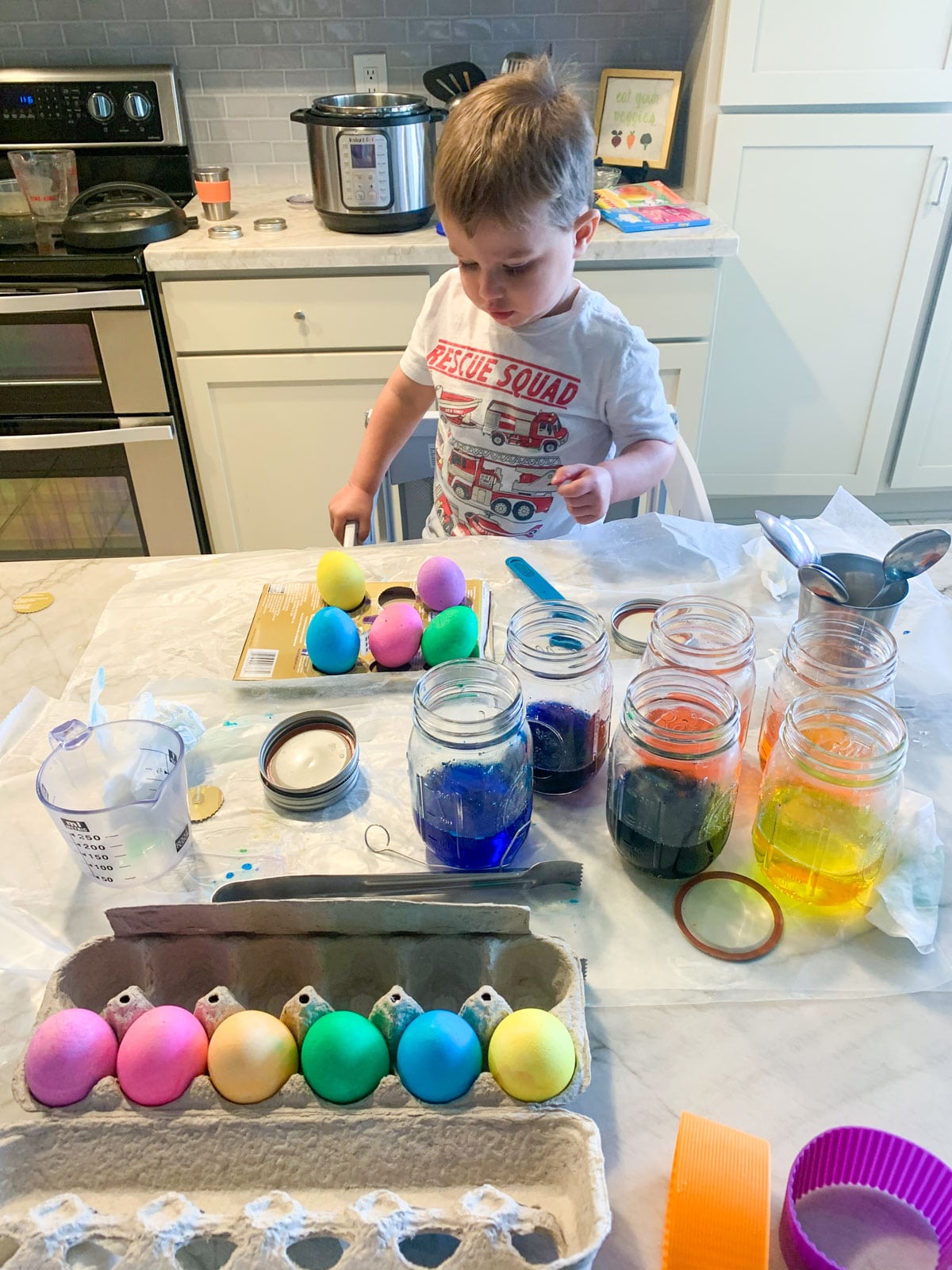 Note to self, don’t color dye on counters even with a protective barrier down.  I almost stained the counters pink but was able to get it out!  Whew! #rookiemistake

Alright I’m off to set up our new robot slave (vacuum), we finally got one and I’m SOOOOO excited!

Mr. Hungry enjoyed this plant-based Philly burrito a couple of Fridays ago during lent (Catholics don’t eat meat on Friday.)  It was a new product I got to try through my partnership with Sprouts, and Mr. Hungry asked if I could get more, so I thought it was a win! 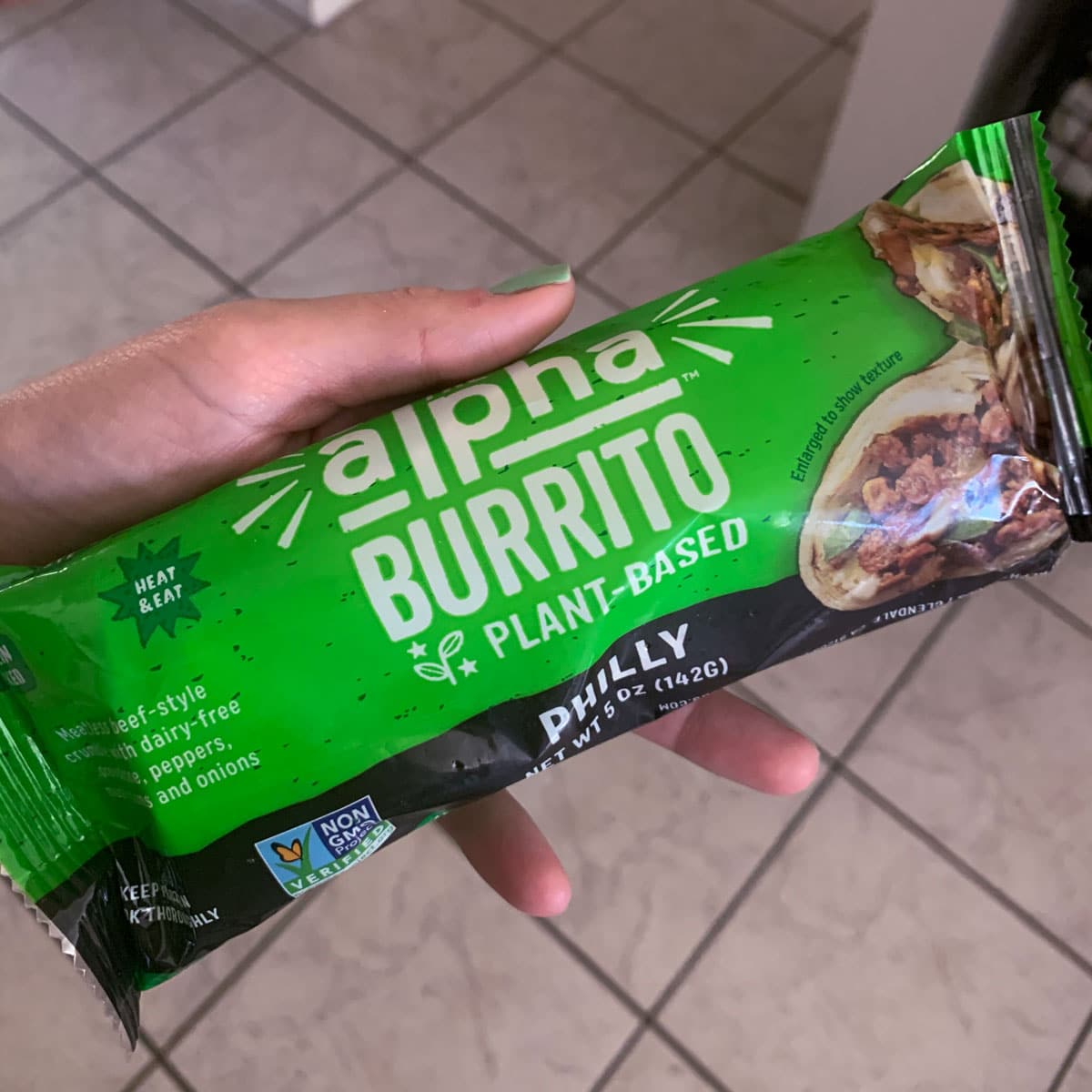 I LOVE reading, but I never thought to share what I was reading here until one of my favorite bloggers started sharing her recent reads, which gave me some great ideas! So, I thought I’d share mine. 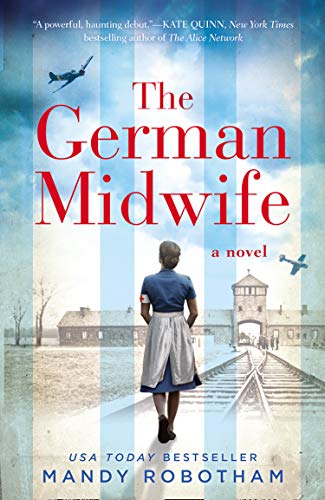 The German Midwife was my most recent read, and let me be clear that it was a HARD read.  Anything that has to do with world war II (or I), especially the abuse and harm of young children, particularly babies, is difficult to read.  I’m surprised I read it in pregnancy, but I also felt drawn to it because of pregnancy.  Anke, a German Midwife, is sent to a labor camp where she becomes a camp midwife.  Then, through a turn of events, she is sent to Hitler’s private mount estate to care for his pregnant mistress Eva Braun.  It was a thrilling read, the fastest I’ve read a book in a long time. It took me just 3 nights to finish because I couldn’t put it down. 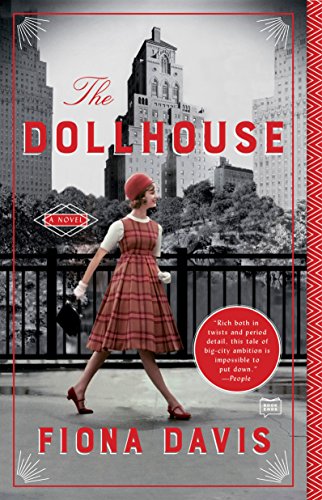 The Dollhouse was another fast read.  The book flips back and forth between two stories of two different women living in the Barbizon Hotel for Women in the heart of New York City.  In today’s time period, the Barbizon is a luxury condominium with a few residents left from its original purpose in the 1950s, where aspiring models, secretaries, and editors live side by side. The book parallels the challenges of women in the 1950s and today making their way through the world. And although so much has changed in the last seventy years, much hasn’t changed as women must still decide their own fate for better or worse. 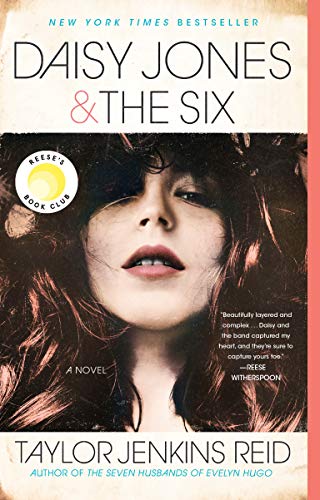 At first, Daisy Jones and the Six, about a rock band with a beautiful head singer in the 1970s that quickly finds fame, didn’t quite hold my attention.  I actually started reading the book at some point in the summer of 2020 and then went back to it a few months ago.  I picked it up because it was recommended to me after I read The Seven Husbands of Evelyn Hugo (which I loved.) I know I’m not selling it, but I’m glad I went back to it because the second half of the book really picked up in a way  I didn’t expect.  The book is written interview or memoir-style, with each band telling the story of their rise to fame.  Having seven or more points of view to read from was what threw me off, but as I got familiar with the characters and the story took hold, it got easier to follow.  Everything builds towards the band’s real reason they split up at the height of their popularity, and it’s not quite what you would think. 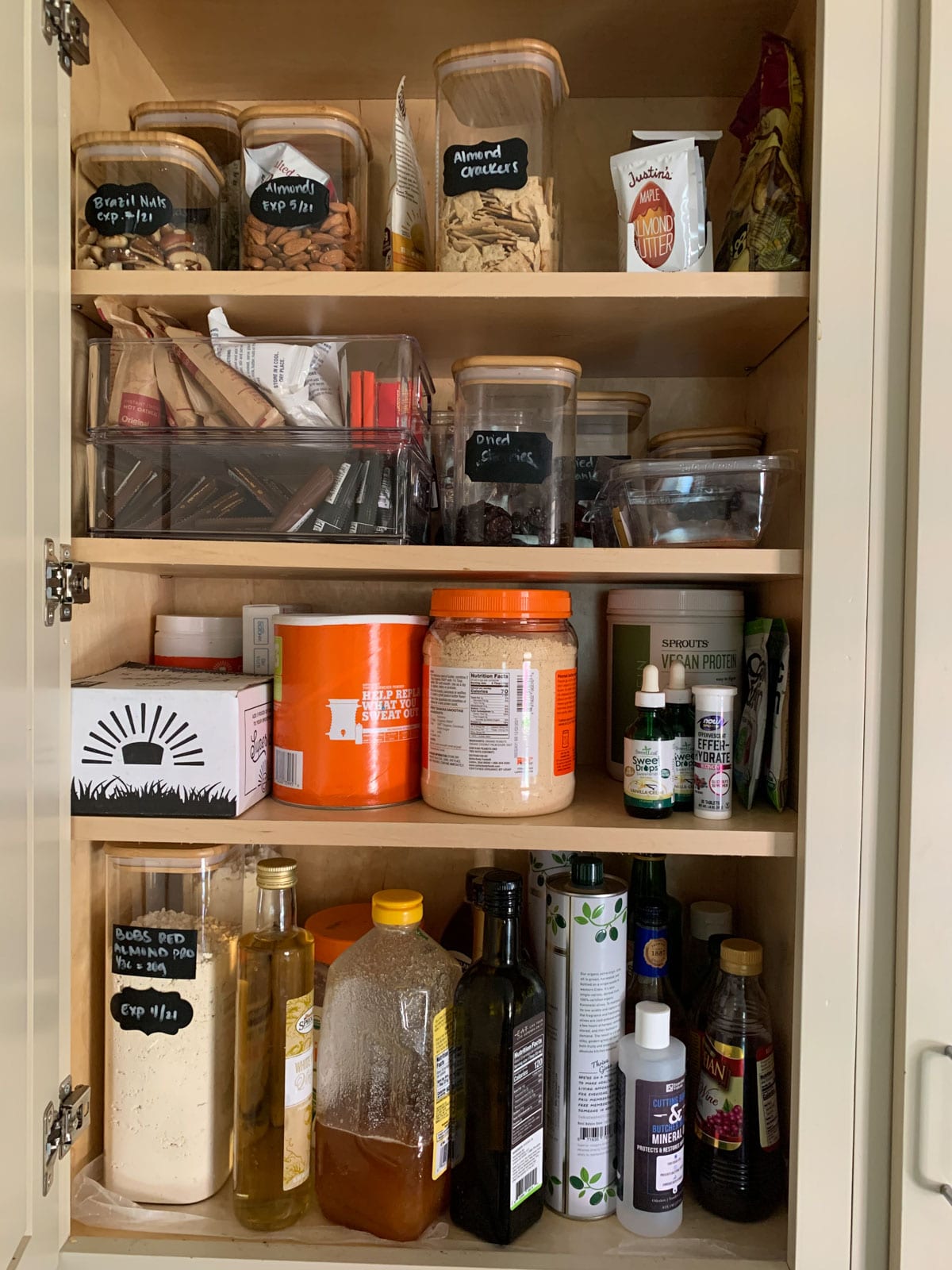 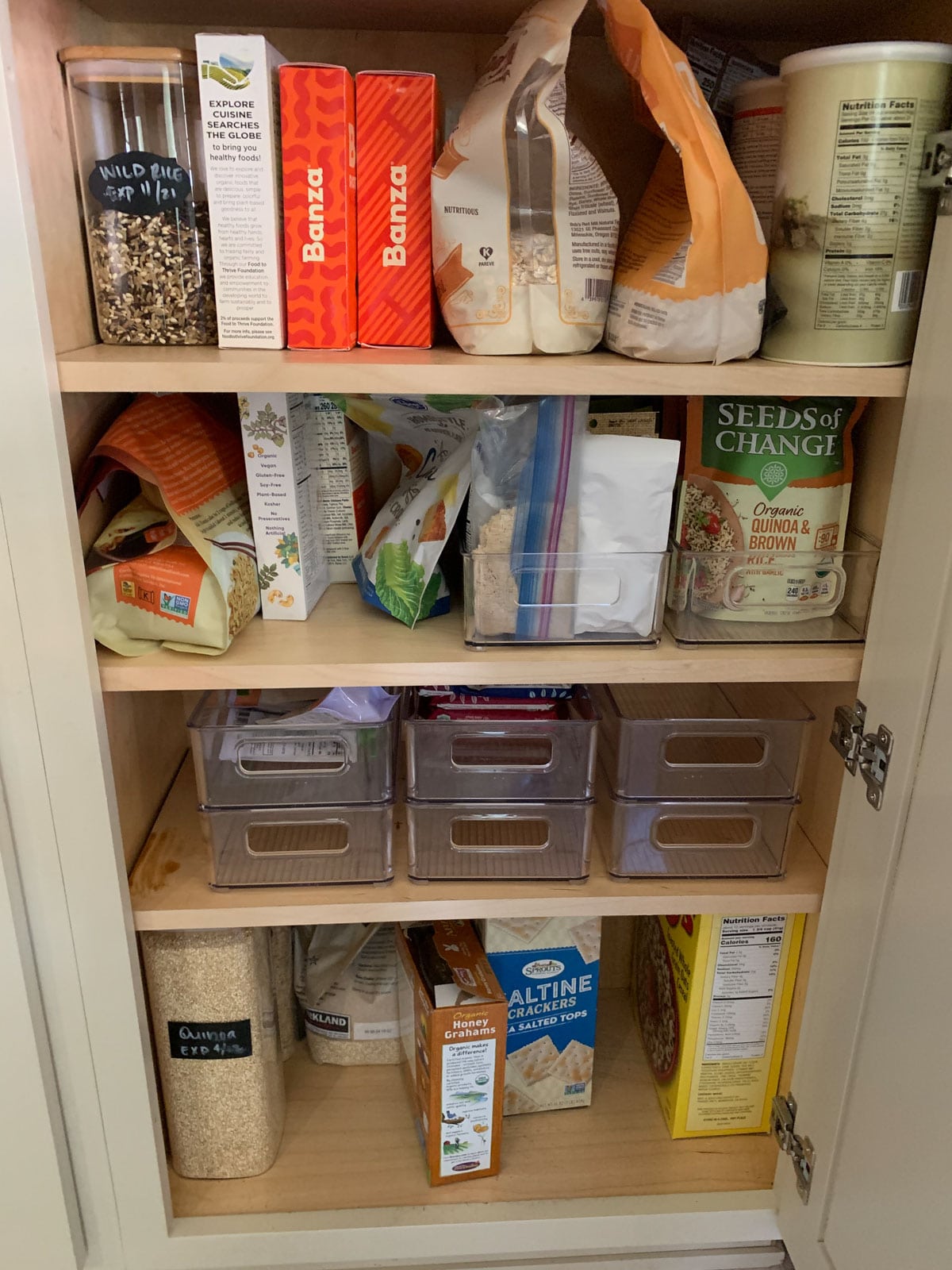 I’ve been super into organizing my pantry and drawers.  I think it’s my way of nesting since I can’t put much away in a dresser that won’t be here till mid-April.  Anyways, it’s no “home edit” but, I’m happy with the progress. I don’t have before photos, but I can tell you that my pantry was previously full of SO SO SO many bags.  Thrive Market is where I buy most of our staples (read the full review here), but they send most items in bags.

I can often fit more than one bag in the medium-sized jars, thereby significantly reducing the clutter in our pantry.  I went with these glass jars, which are significantly more expensive than plastic, but we get a fair amount of heat on the side of the house in the summer, so I wanted glass containers. (Chemicals in plastic are usually only a problem when the plastic gets hot.)  I also wanted a rectangle and not cylinders which were so hard to find! I also used these stackable plastic bins for KJs “self serve” snacks, my RX bars/snacks, and anything in a packet. I also have a highlight on IG (@hungyhobbyRD) with all these linked! 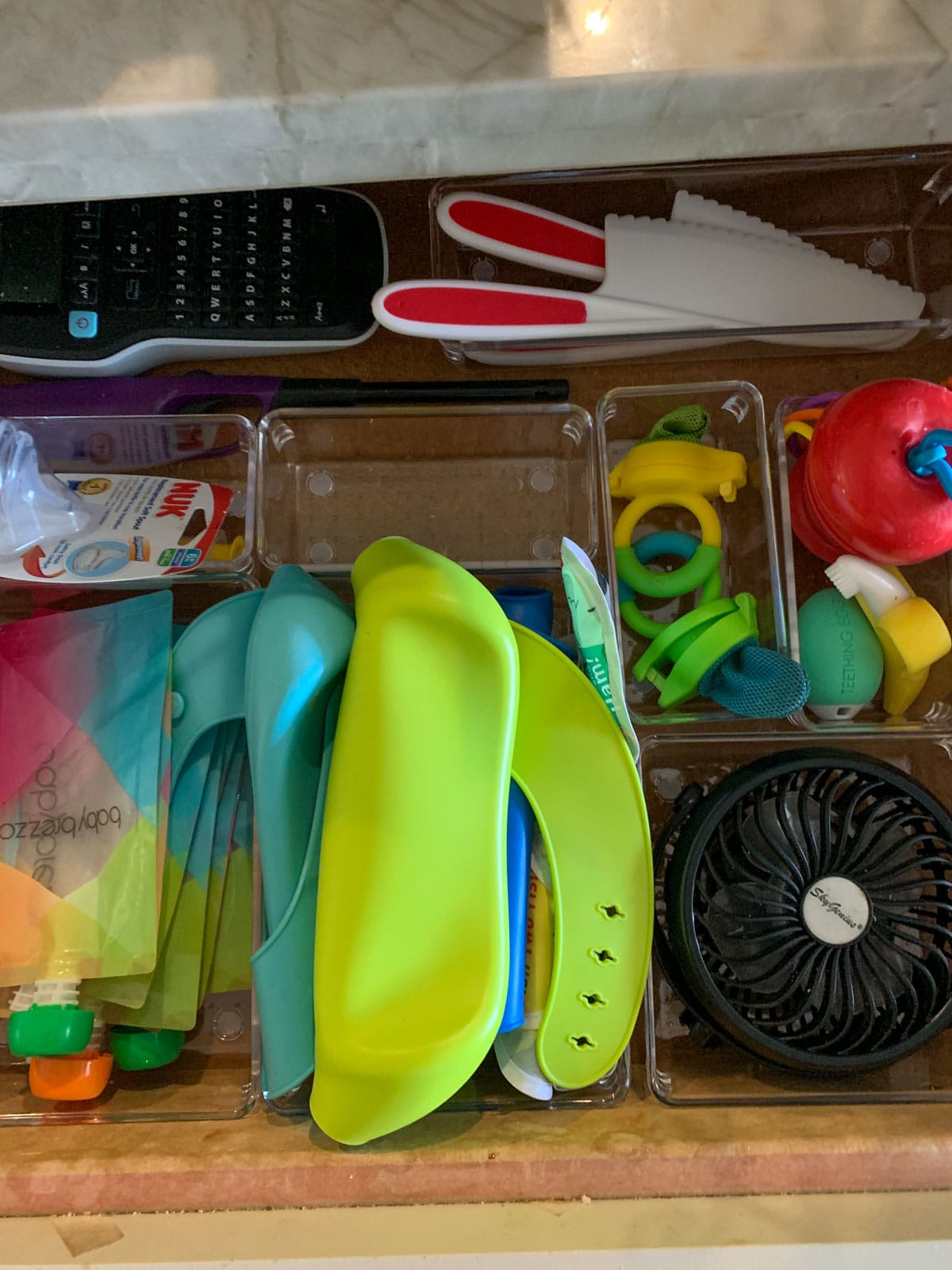 I also ordered my second set of these drawer organizers for our “baby drawer” (ya know, plus a lighter and label maker.)  I previously just threw everything in there, and the chaos of it all drove me nuts.  I use this same set in my baking drawers, and I love it.

Next, I’ll be tackling the fridge.  Please pray my baby furniture dresser doesn’t get delayed or who knows what I’ll do next.

PS – I wasn’t always an organized person. In fact, I was pretty freaking messy all the time.  Then I read the Joy of Less, and my whole world changed.  A few things I keep in mind from that book that’s helped me stay on track since I read the book are saying to myself:

Just those two things really help me to stay on top of things getting cluttered or disorganized.  And when there isn’t a place for something because our house doesn’t have that much storage, we have too much of one thing (do we need seven thousand pens?), or whatever I have ZERO issues tossing or giving away what doesn’t serve us anymore.

I’ve gone on a 20-40 minute walk just about every day, but other than that, I’ve been lying low fitness-wise.  No particular reason; I wasn’t feeling it, and I decided not to force it, especially since I had limited childcare this week.  However, I’m starting to get the itch back for a lifting session, so I’m sure I’ll be back at it soon! 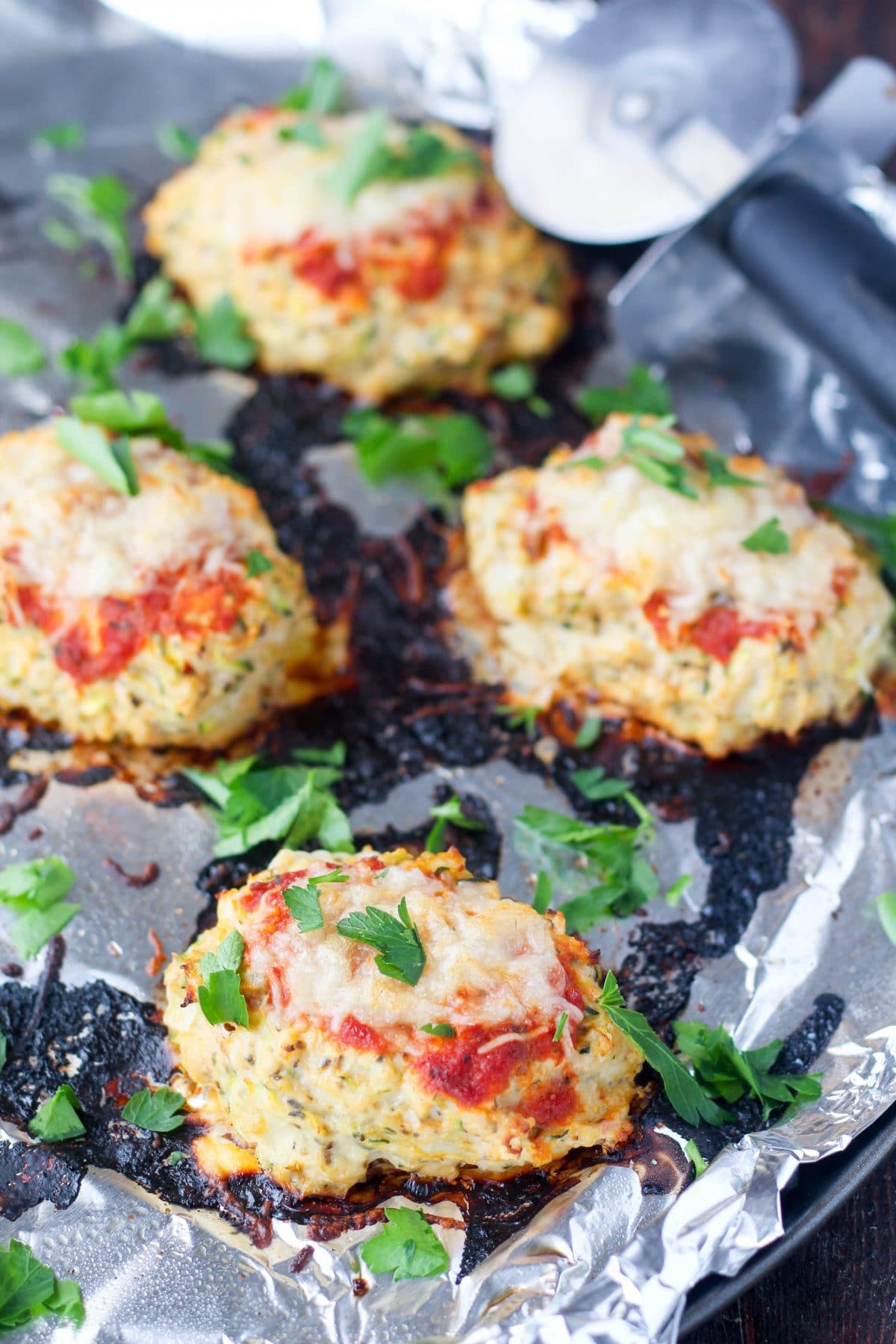 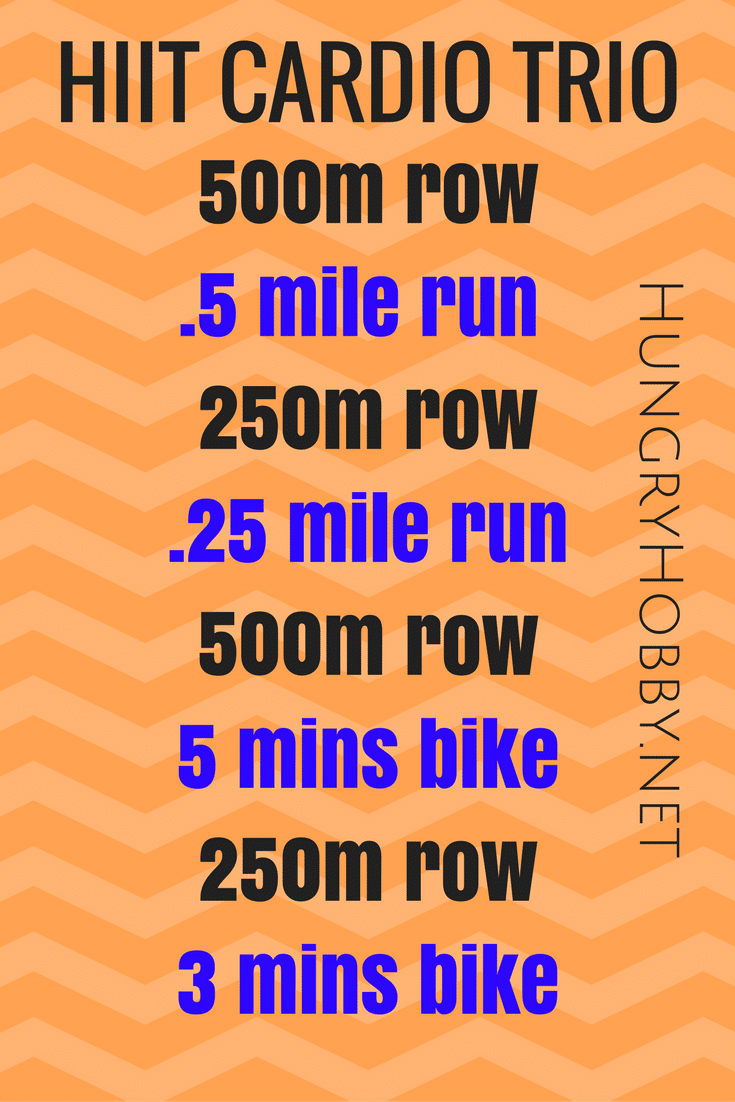