Hi, friends!  If you are new around here (there have been some new faces around here, specifically on my email list) lately.  Every Friday, I share my fitness recap, favorite stuff, and food of the week.

This week though, I don’t know if it’s Valentine’s Day or the crazy week I had, but I’m feeling the need for connection.  So, I’m going to shake things up with a “coffee date” style post. 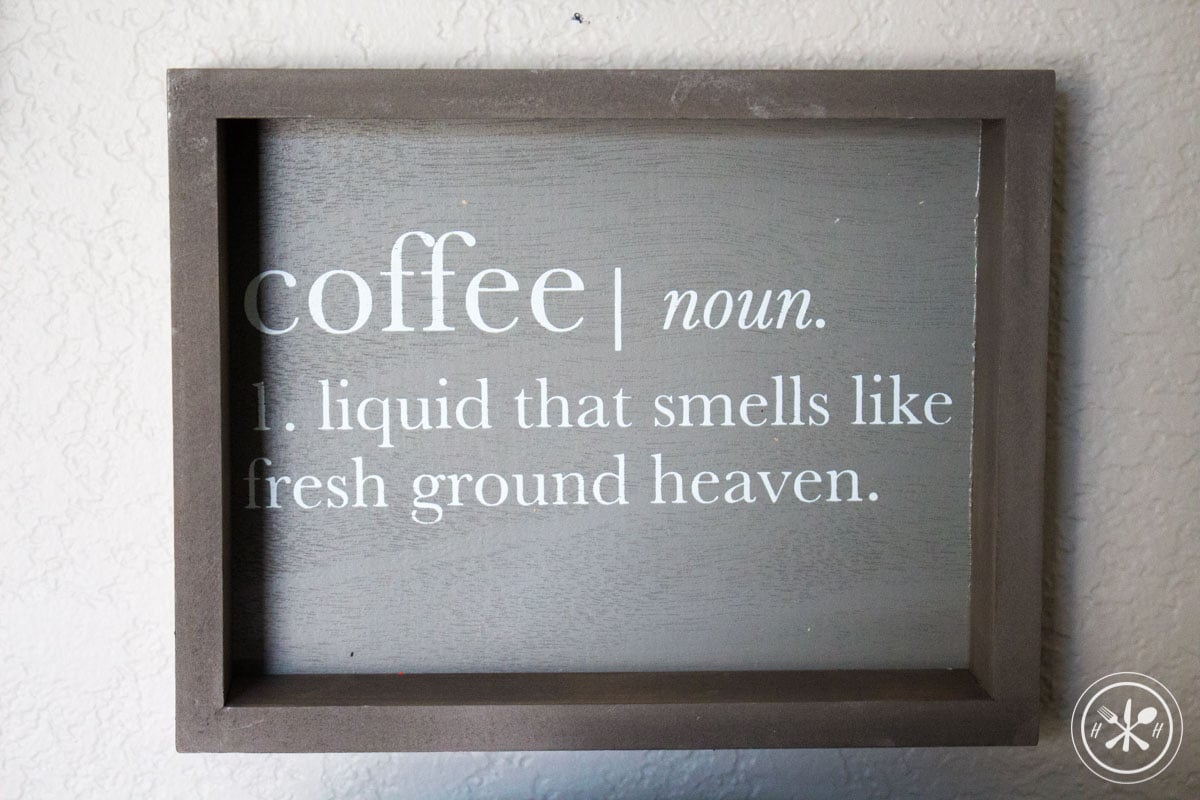 Are you feeling well and trying to avoid getting sick or super sick and trying to survive?  It’s hard to believe that February is the worst month in terms of the flu, but this year I’ve seen it with my own eyes.  Both my sitter and back up sitter and MIL got sick, which put a dead halt in my productivity this week.

Mr. Hungry even stayed home from work one day, because canceling class is the last thing a teacher should do.  Like the LAST thing.  I’m pretty impressed by what I’ve been able to accomplish despite feeling like I’m going to drown in emails, unwritten blog posts, papers to grade, and weekly to-do items.  I know I’ll catch up eventually, though, hopefully by the end of this weekend.  To be honest, I had a couple more “lifelines” I could have attempted to call in, but I enjoyed the extra snuggles and temper tantrums spent with the little one.  I know these days are precious and I’ll never get them back.

I think I’ve realized something about New Year’s resolutions. They stick if you genuinely want the thing that you are trying to do.  Like deep down, have a sincere desire or motivation.  That’s why my grandiose schemes in every area of my life never work out. You can’t want that many things bad enough to do it.  This year, I’ve been working on my relationships with friends (like actually having them), and I’m keeping at it.

For the last five years, I’ve been head down building a business and then through the first year of motherhood.  When I looked up, I realized most people now assume I’m too busy to see them, which means I have to do the majority of the effort to rebuild these friendships. 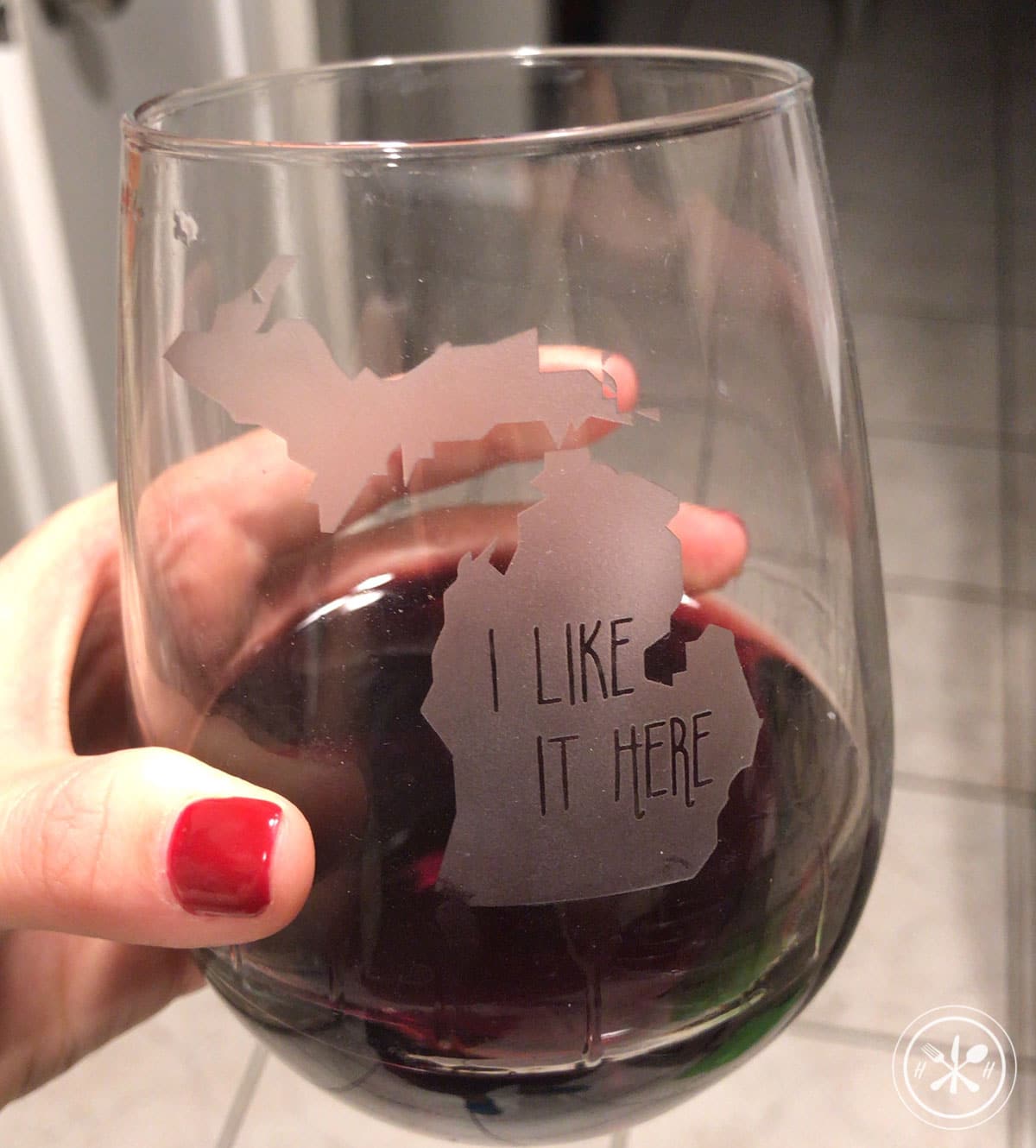 One piece of advice I recently got was to be incredibly intentional about your efforts to make new friends or re-establish old friendships.  To do that, don’t just say “we should do this” throw out a date on the calendar.  This is what I’ve been doing, and low and behold it works!

While I’m left feeling recharged with a full cup after late nights with wine and friends, I’m also feeling a little anxious because I’m behind on work.  I don’t strive for balance, I don’t think that’s really an achievable notion. But this is a new territory that I will have to learn how to navigate.  So while I navigate the waters of learning to make time for relationships in my life, I’m also dreaming of a summer vacation.

Have you started to make summer plans yet?  I feel like I need to see the beach again or do something this summer. We’re thinking maybe San Diego?  I’d also like to go to Tahoe because I’ve never been, although I know there is no beach there. 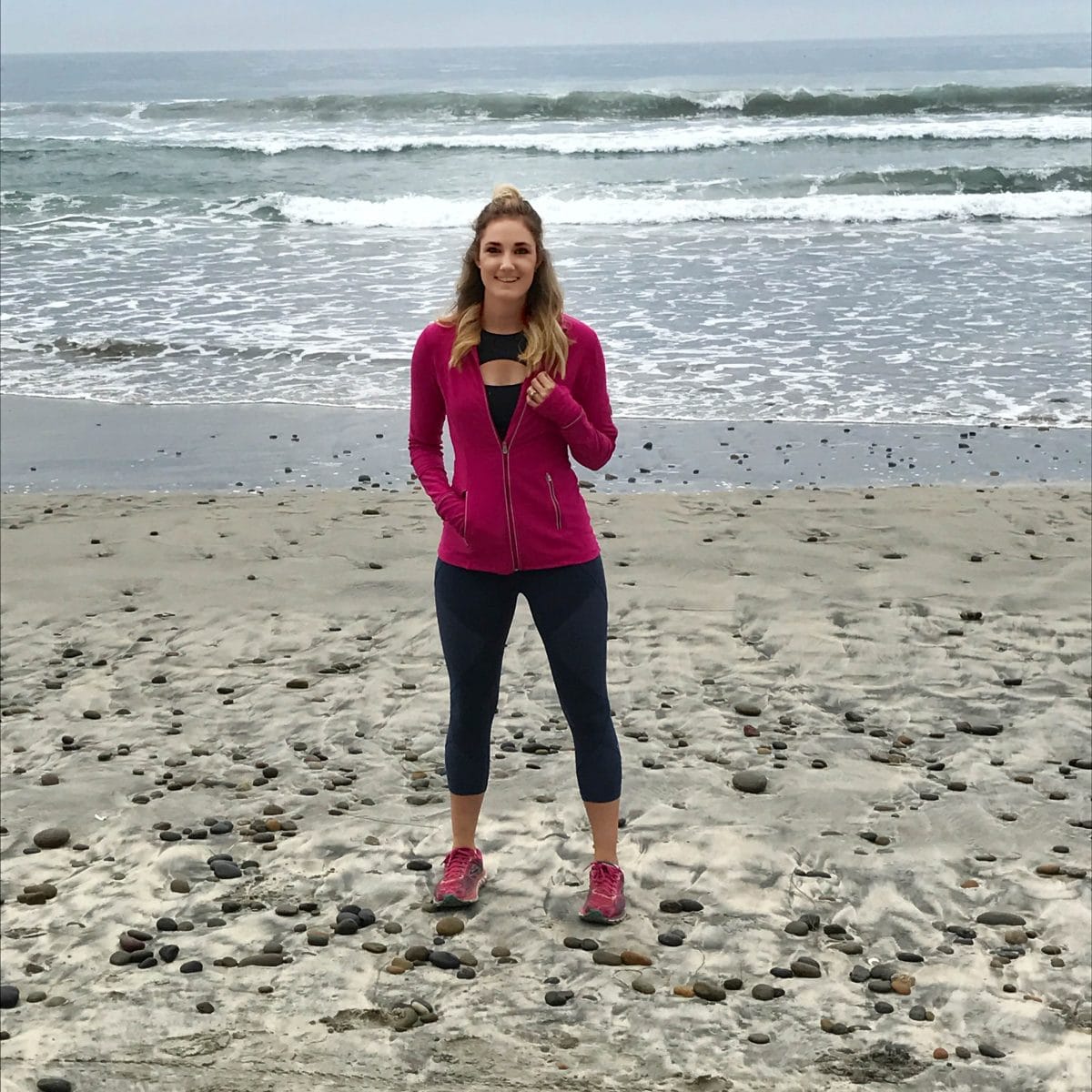 Photo from our last trip to San Diego

Then there is the thought of a trip with a toddler that makes me want to break into a cold sweat. We’re lucky in that we haven’t had to fly much or travel much with Baby K.  I know some of you do it all the time and are rockstars at it, but vacations aren’t vacations with a toddler.  Ya know?

Like I know you can go out to eat with a toddler, but what’s the point? I’ve done it, we made it through, and it was fine.  More often than not, when I think about taking him out to dinner, I think at this point, it’s more of a hassle then it is a nice experience.  #noworthit #ubereats #orderin

Speaking of dinner, do you have any fun plans for Valentine’s day?  We’re thinking of picking up or ordering sushi, but I’m not sold on the sushi plan yet.  It’s really about that box of chocolate. You can take a bite out of each one, but none of them are that good on Valentine’s Day, right? JK I think I’ll make my mini Samoa brownie skillet but who knows! Do you have any fun plans?  Are you going out? 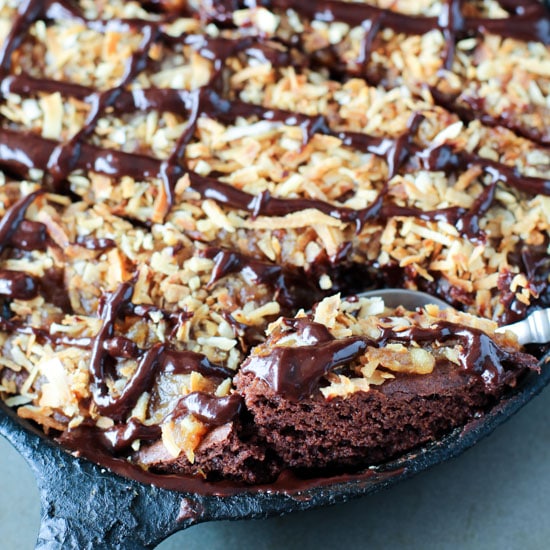 Oh, and I almost forgot to mention.  I’m going on a retreat next weekend!  My first ever retreat since converting eight years ago.  I’m going to the Blessed is She retreat. A friend recommended their daily meditations to me and podcast.  I was reluctant for a long time, but of course, once I tried it out, I loved it.  So much perspective and value I can apply to my own life.  I’m a little nervous and excited about the retreat all at the same time.

I think I’ve rambled on enough.  I’d love to hear what’s going on in your life recently!  Any trips coming up or big plans tonight?

I put my two favorite workouts of the week in a graphic for you to save!  Enjoy them, they are BURNERS! 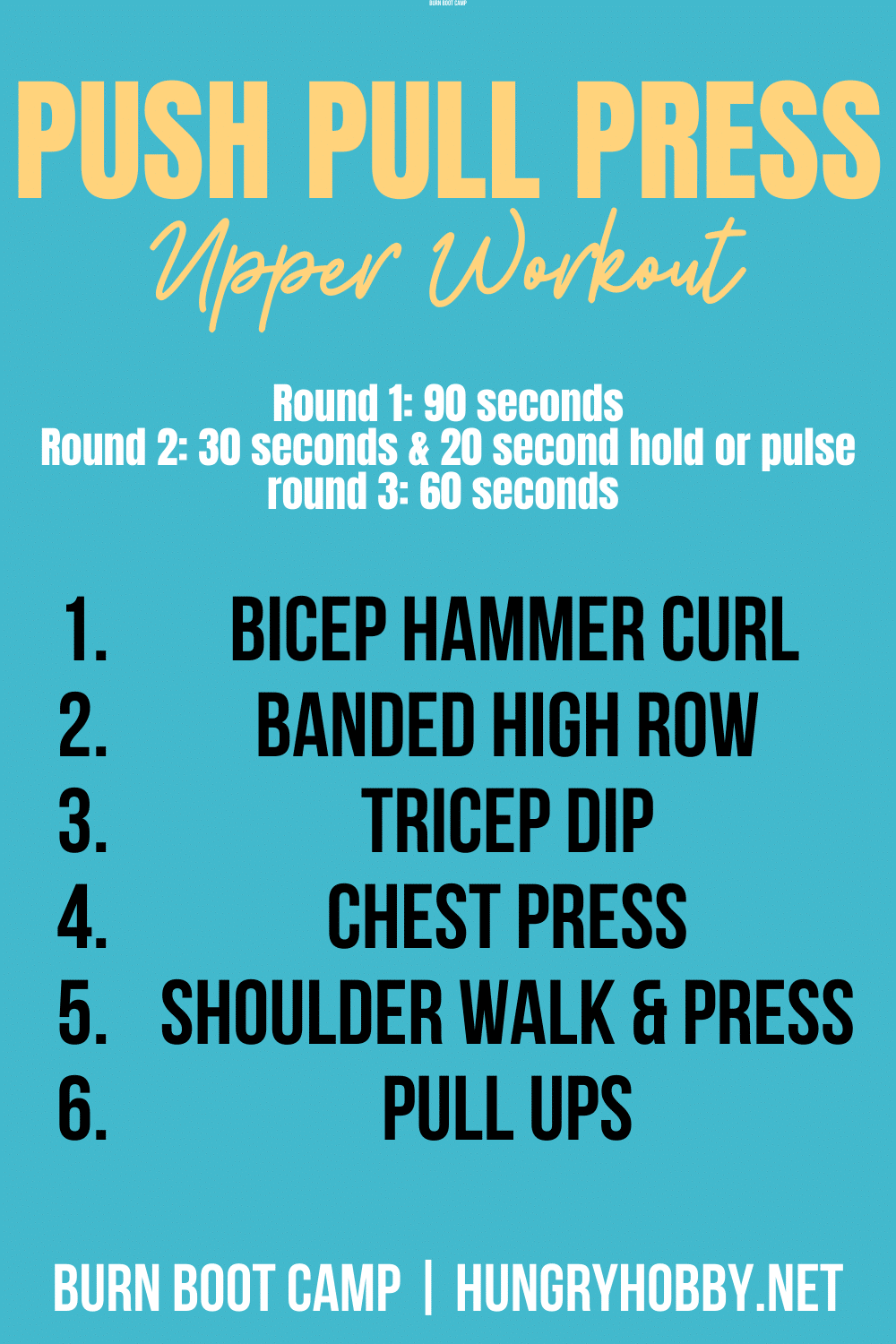 Max rep finisher was as partner push up workout. 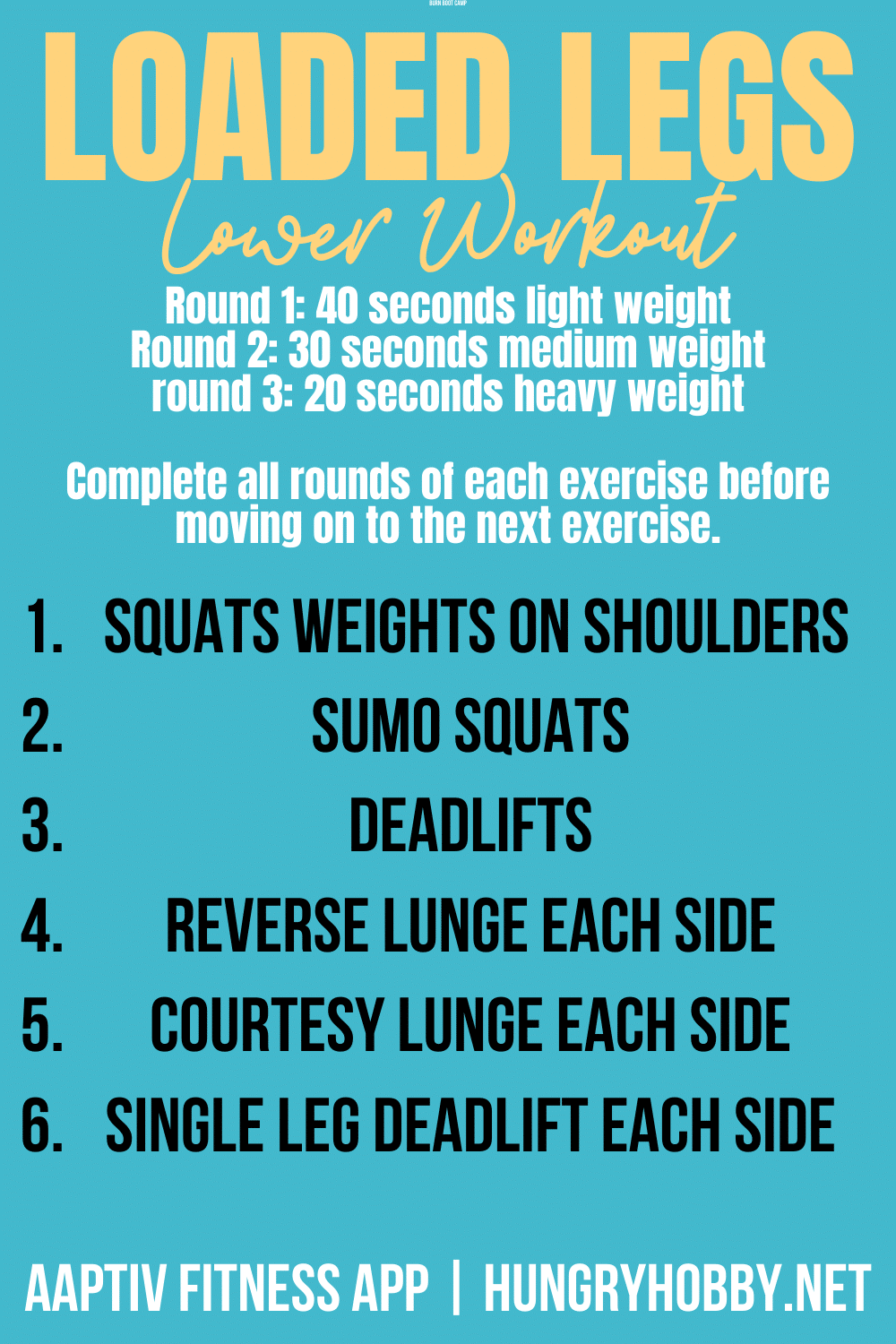 5 Desserts To Make This Valentine’s Day