Hi, friends!  I’m just popping in to tell you about the little anniversary trip Mr. Hungry and I took to Del Mar over the weekend.  Since, our anniversary is so close to Thanksgiving we decided to take the opportunity to get away a little early.  We started the trip by walking around Little Italy in San Diego and then kicking off with a delicious lunch at Bluewater Fish Market and Grill in Mission Hills. 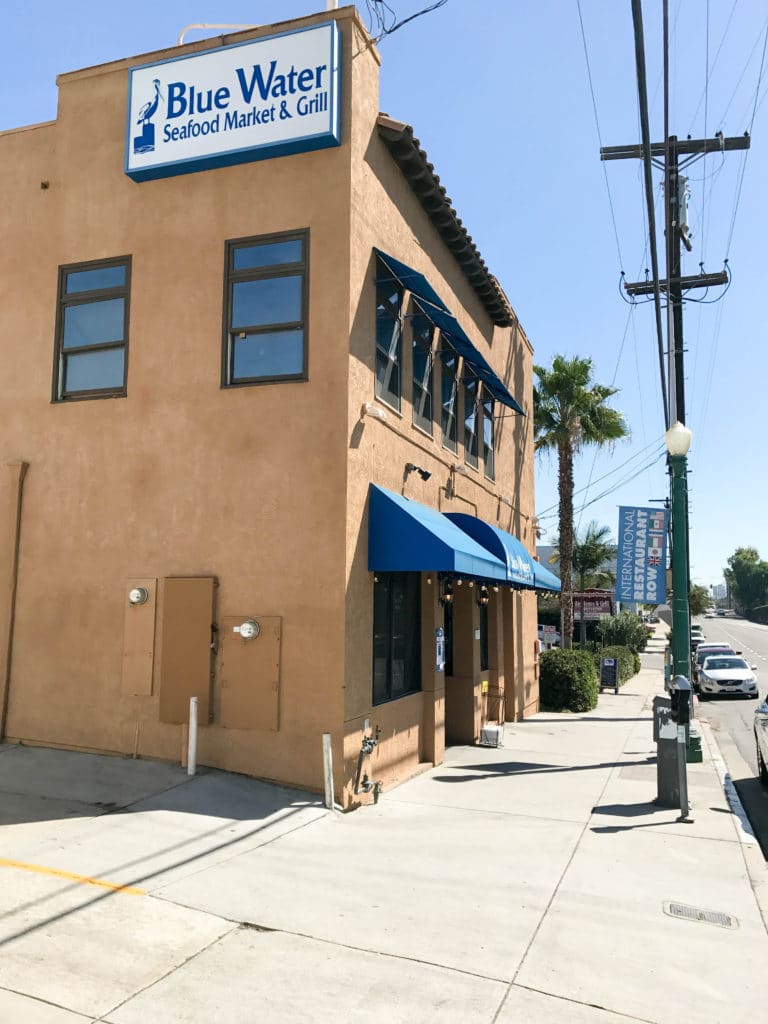 This was Mr. Hungry’s pick, it had like 2100 reviews and 4+ stars on yelp!  You walk in and they actually have cases of fresh seafood. 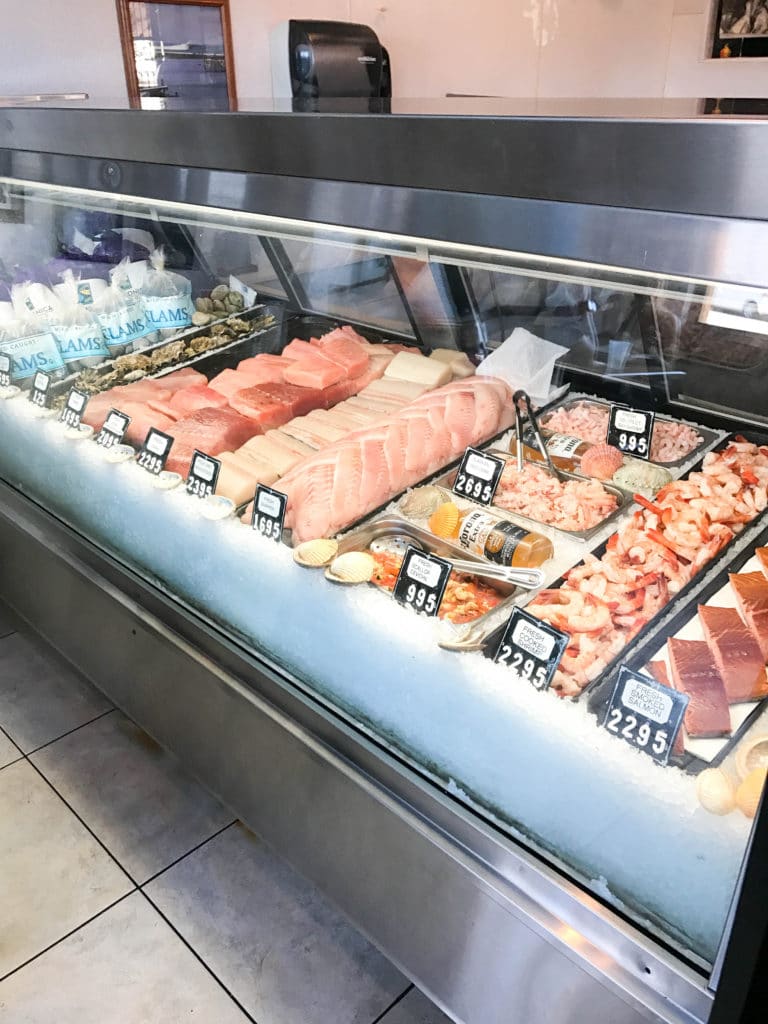 We couldn’t pass on the shrimp cocktail to start with! 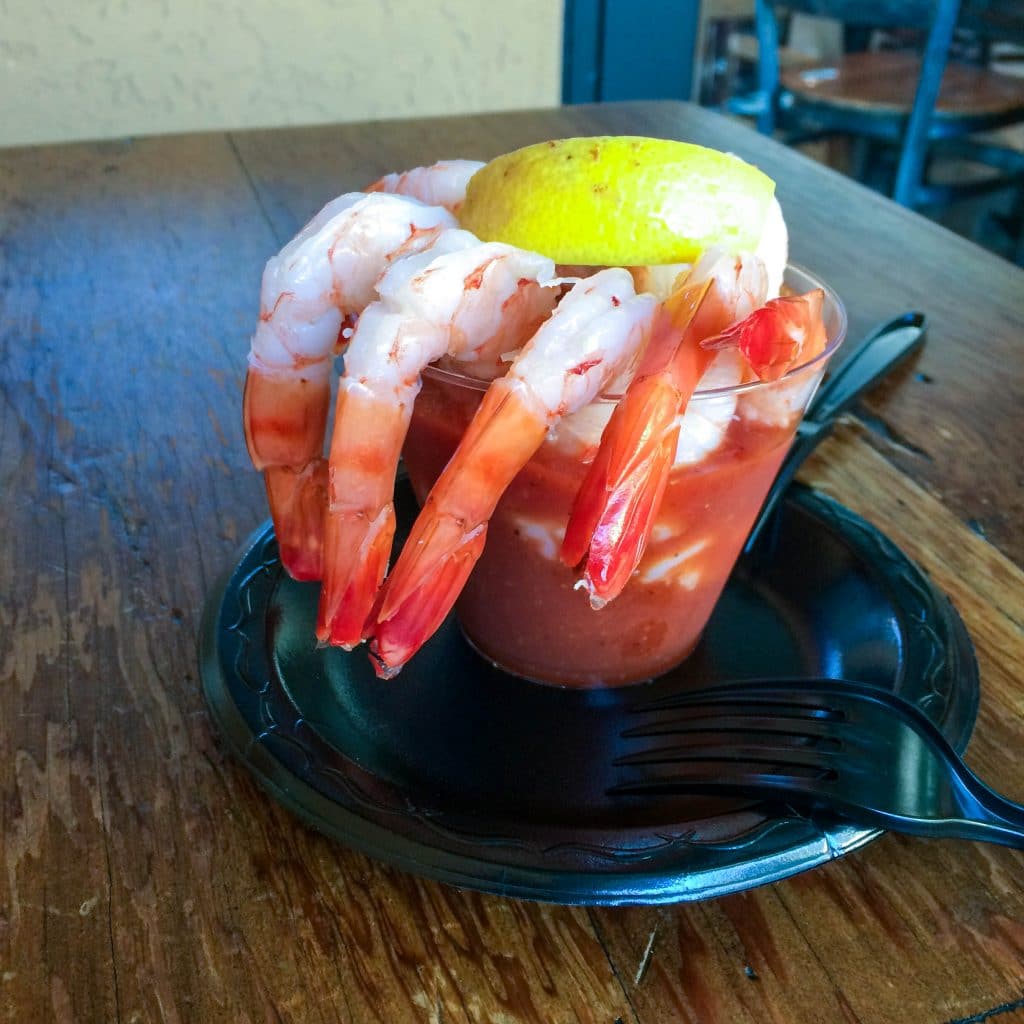 I got a delicious swordfish salad with a honey vinaigrette. 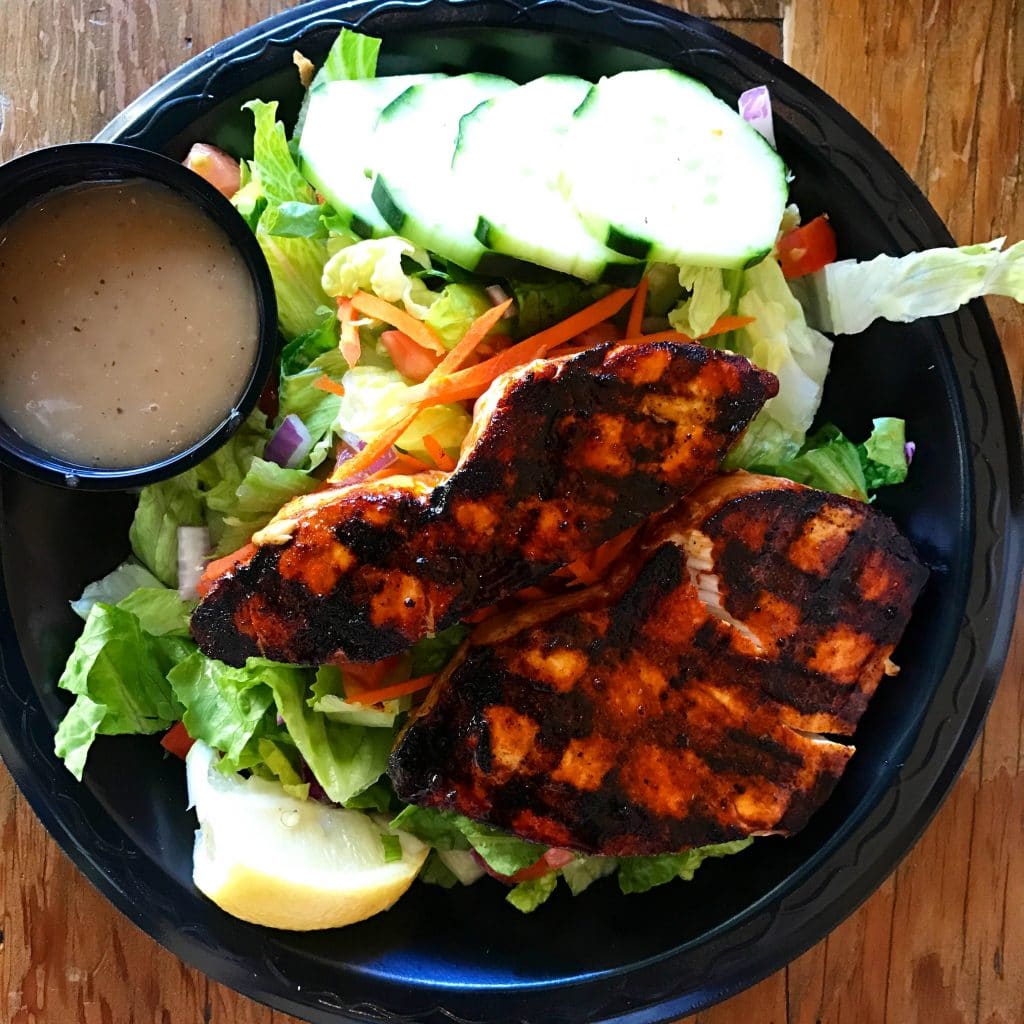 After lunch, we drove around a bit to the hotel in Del Mar.  We stayed at Hotel Indigo which I would highly recommend (no affiliation.)  I think sometimes when you book places right on the beach they can be insanely expensive or kind of run down, this was neither of those!  (Mr. Hungry used hotels.com to get a great rate.) We headed down the main street in Del Mar and even did a little shopping at Lorna Jaine (they had a $15 off bras sale).  Then we walked down to the cliffs to walk to the beach. 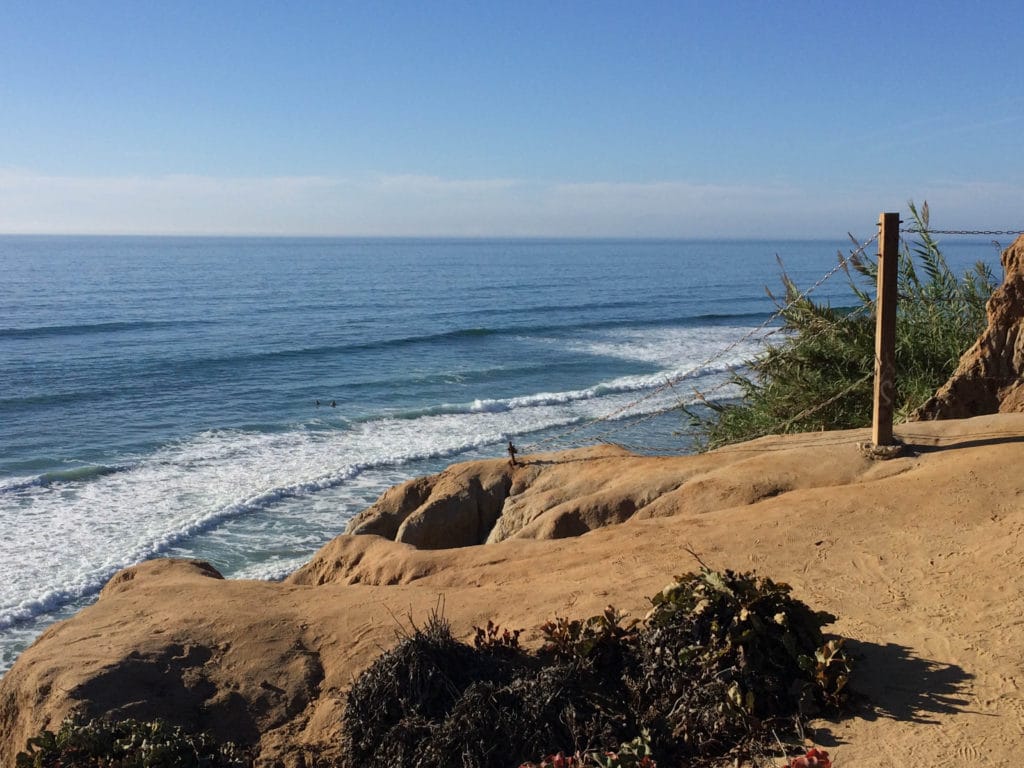 We got to watch the sunset, which was nice since the next day the sunset was covered by clouds! 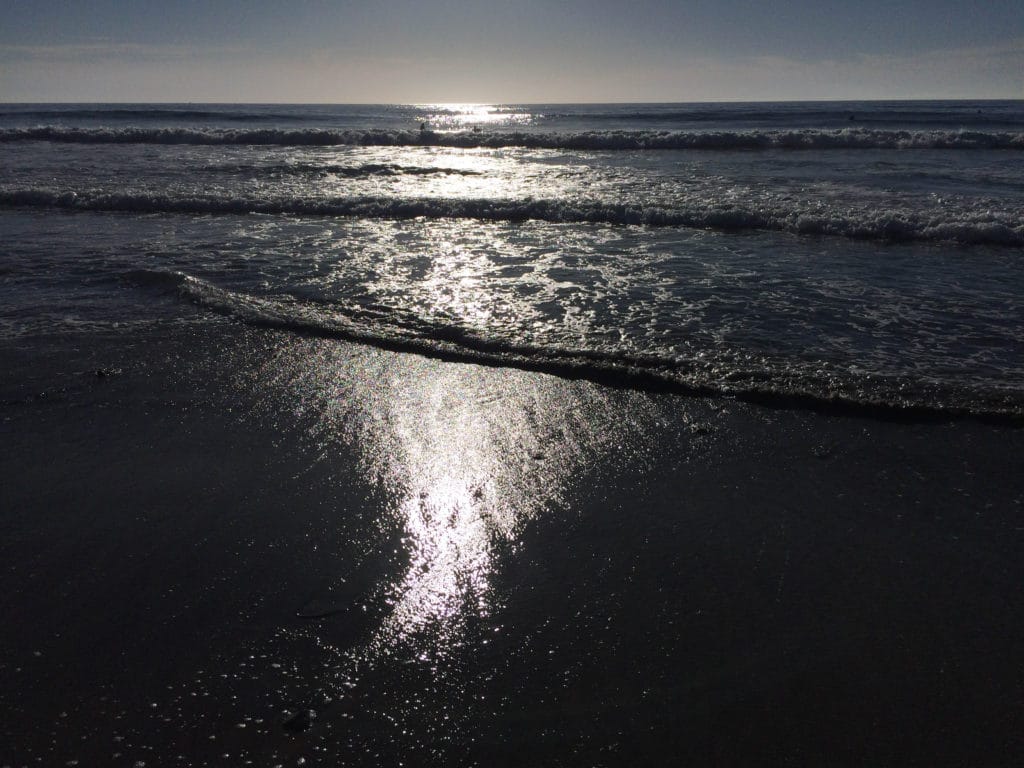 After that, we came back to the hotel and got ready to go out for dinner.  Since neither of us were really that hungry we ended up staying at the hotel, sitting by the fire place and listening to live music.  It was amazing!

On Sunday Mr. Hungry wanted to go on a hike, but first breakfast was in order.  I ordered a flat bread pizza for breakfast which was way to heavy.  I was in vacation splurge mode but it ended up being way too much for me.  I had a piece of it then ate the eggs off the top, then Mr. Hungry’s breakfast potatoes. 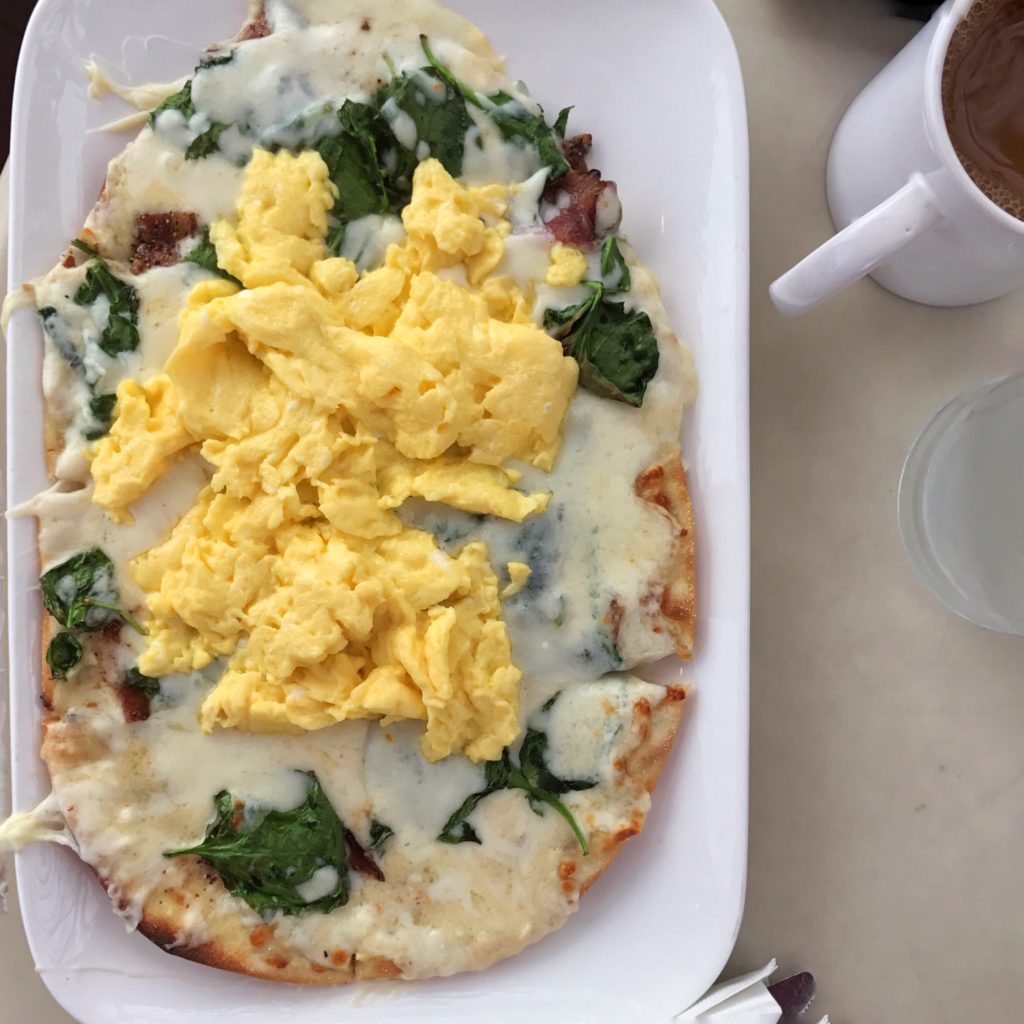 It was great fuel though because we then proceeded to “hike/walk” for 12 miles down the coast!  We hiked along the coast from Del Mar to the Torrey Pines National Reserve. 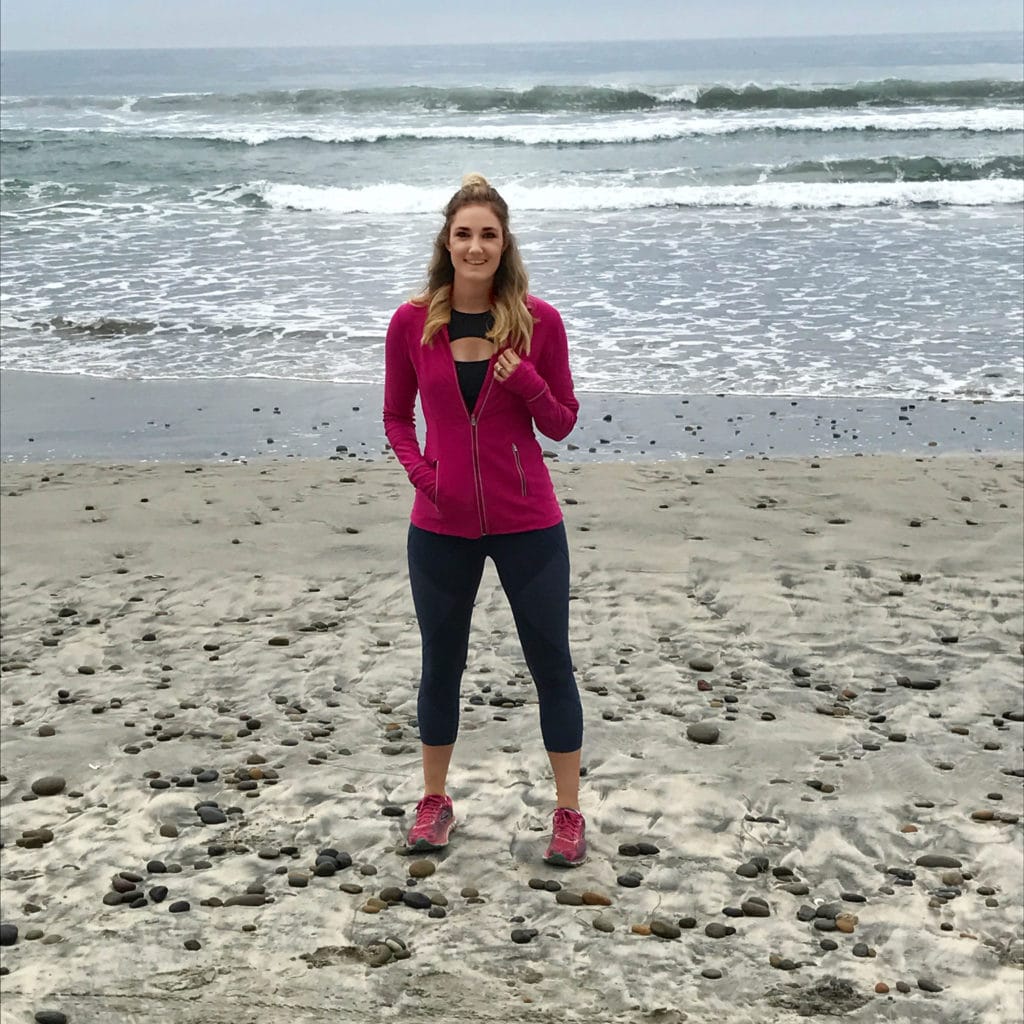 We went up through the reserve back up to the road, it was absolutely gorgeous! 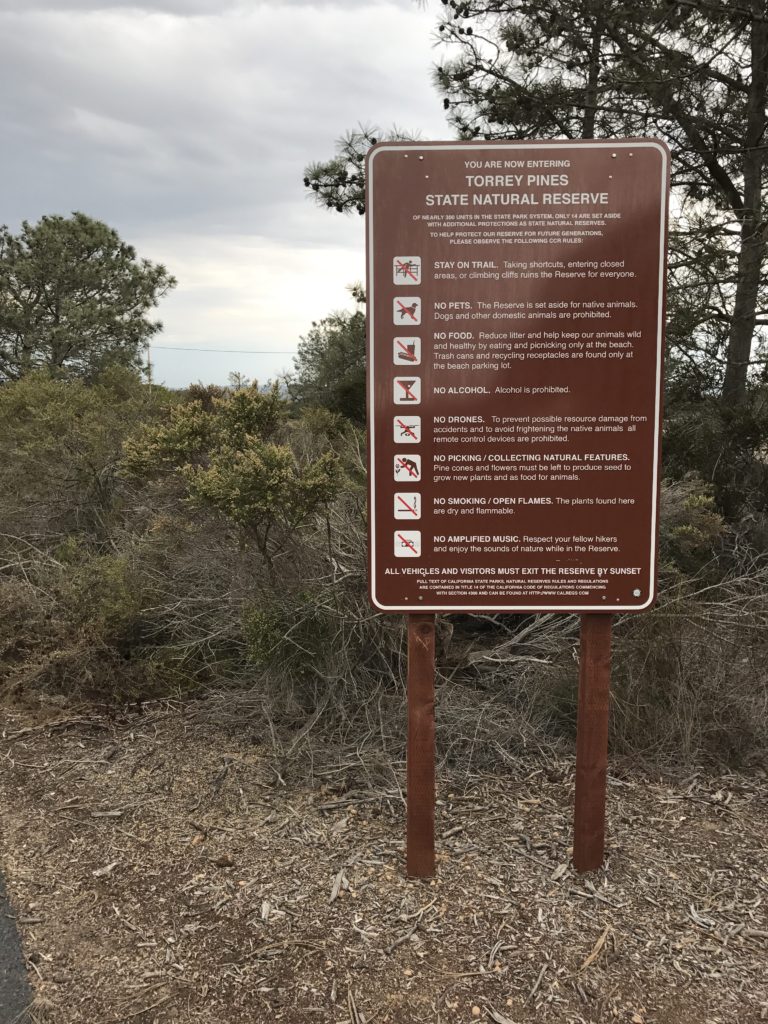 Mr. Hungry made me take a million pictures of the golf course, apparently, it is on one of his golf video games?!? I know nothing about golf. 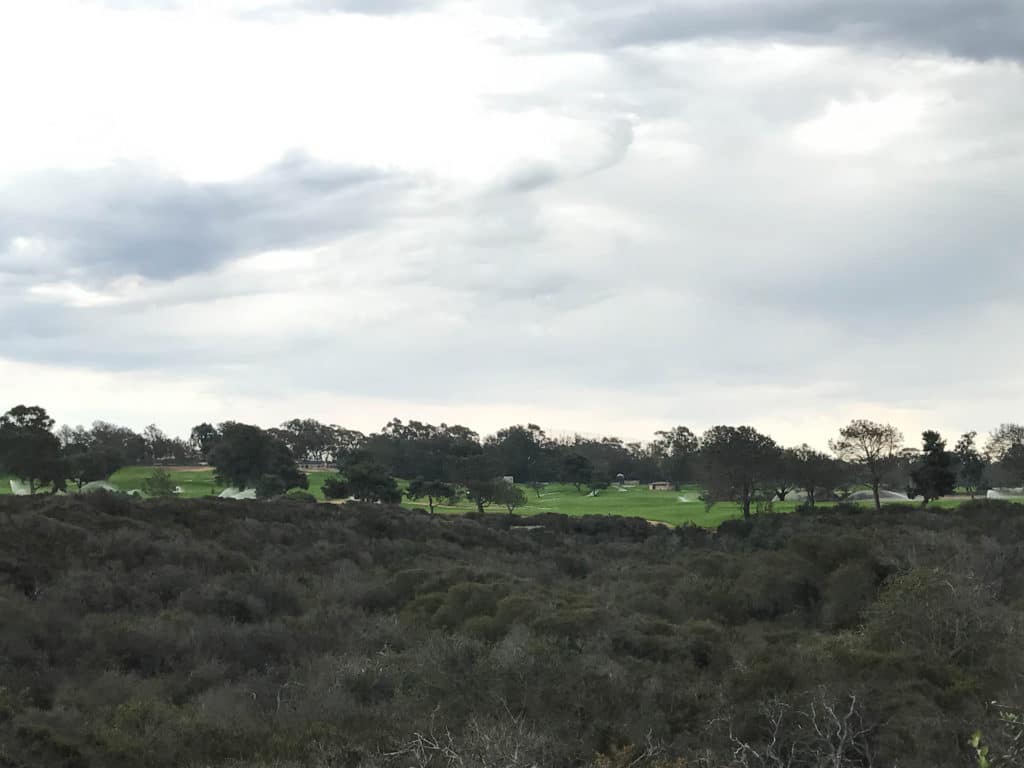 From there we made it to the Torri Pines Guidepoint (see this Instagram video) were we hiked back down to the beach and walked along it for a while. 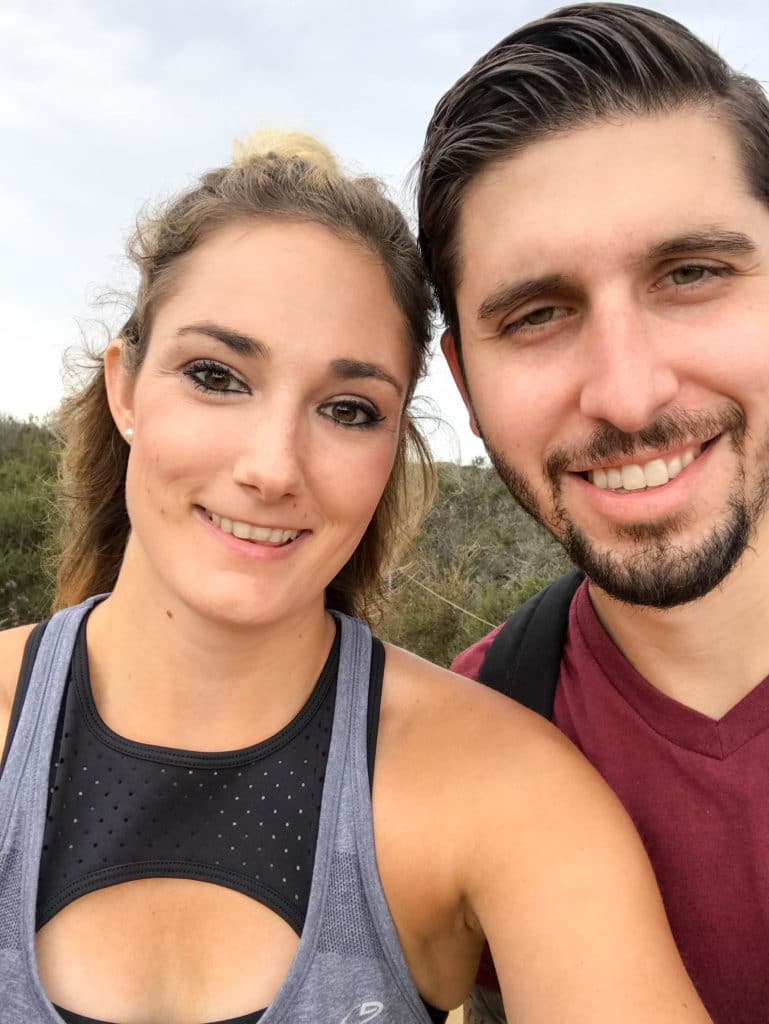 When we hit the end of the coast we went back up to the road.  After hiking the steep road up to the top, I was getting hungry and a little done with walking.  So, we called an uber to take us to La Jolla.  It would have been like another 40-minute walk, but that would have been along houses and not the coast, so I decided I’d rather drive. 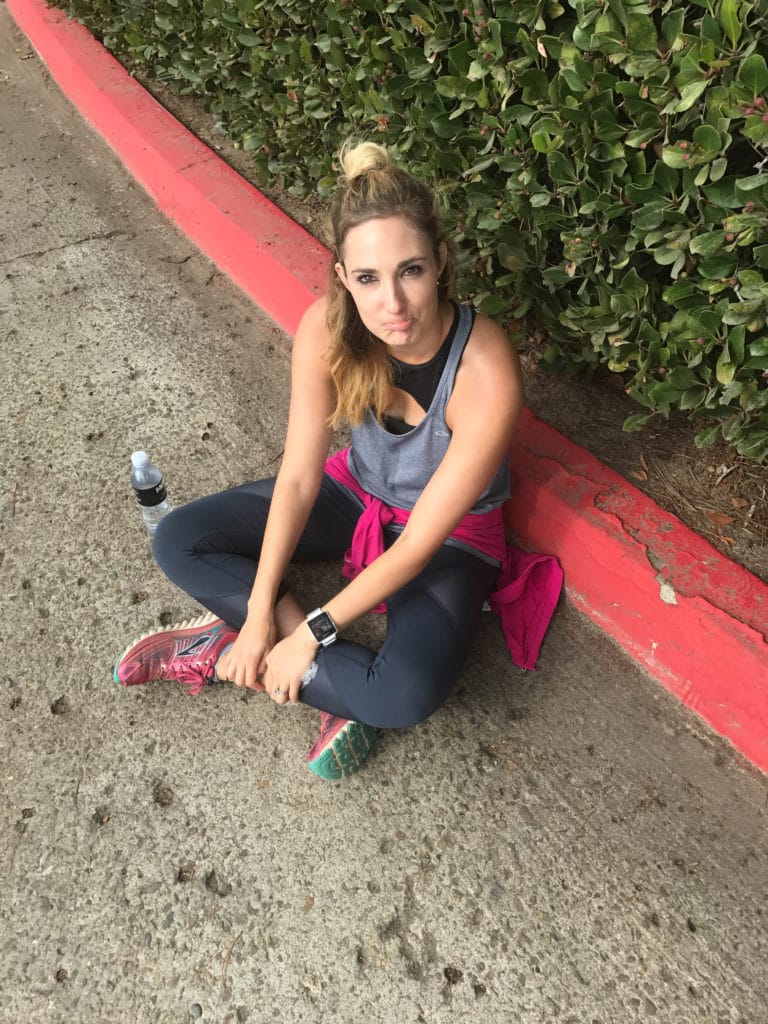 We had lunch/dinner at the Village of La Jolla at Puesto Mexican Food.  Started off with the crab guacamole. 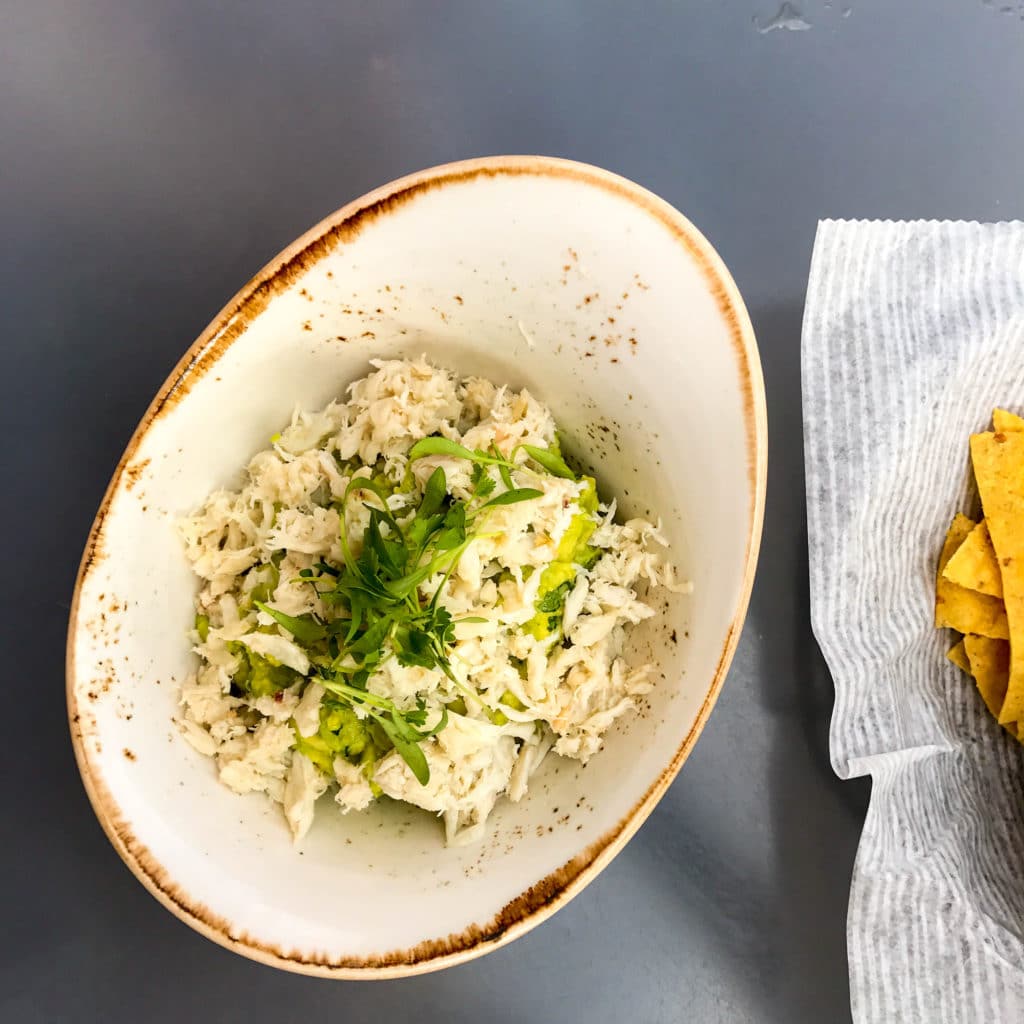 A Margarita made my favorite way – Tequilla, lime, and agave.  Yes! 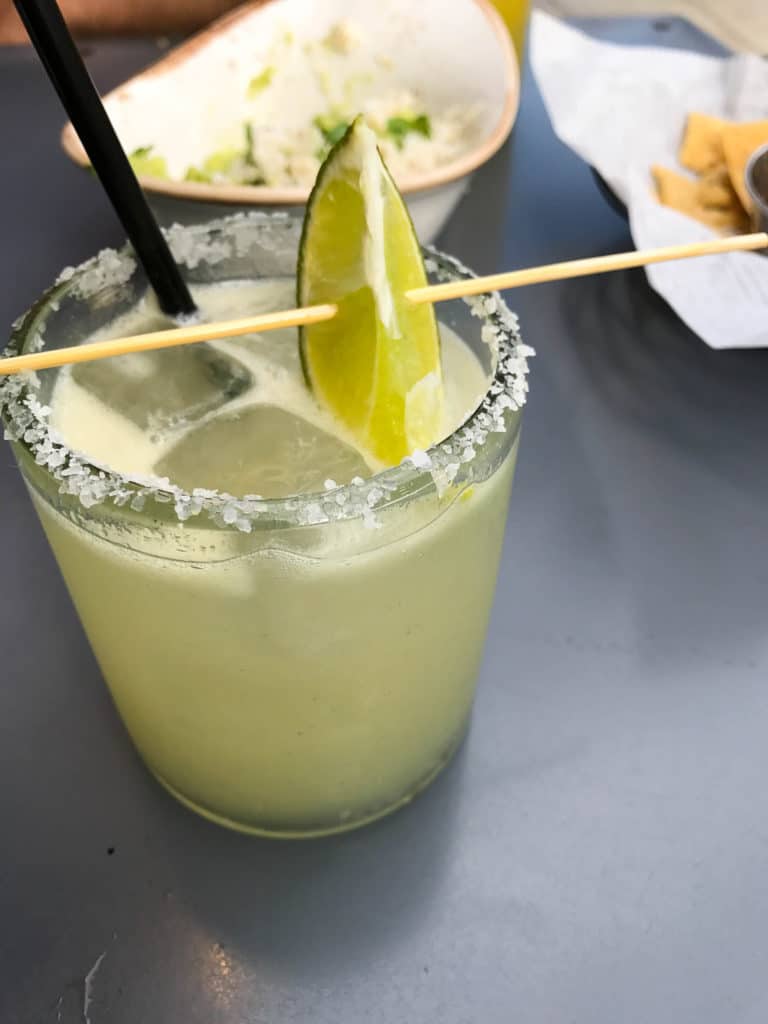 We shared tacos for our meals – I had one swordfish taco and ate the meat out of the lamb taco. 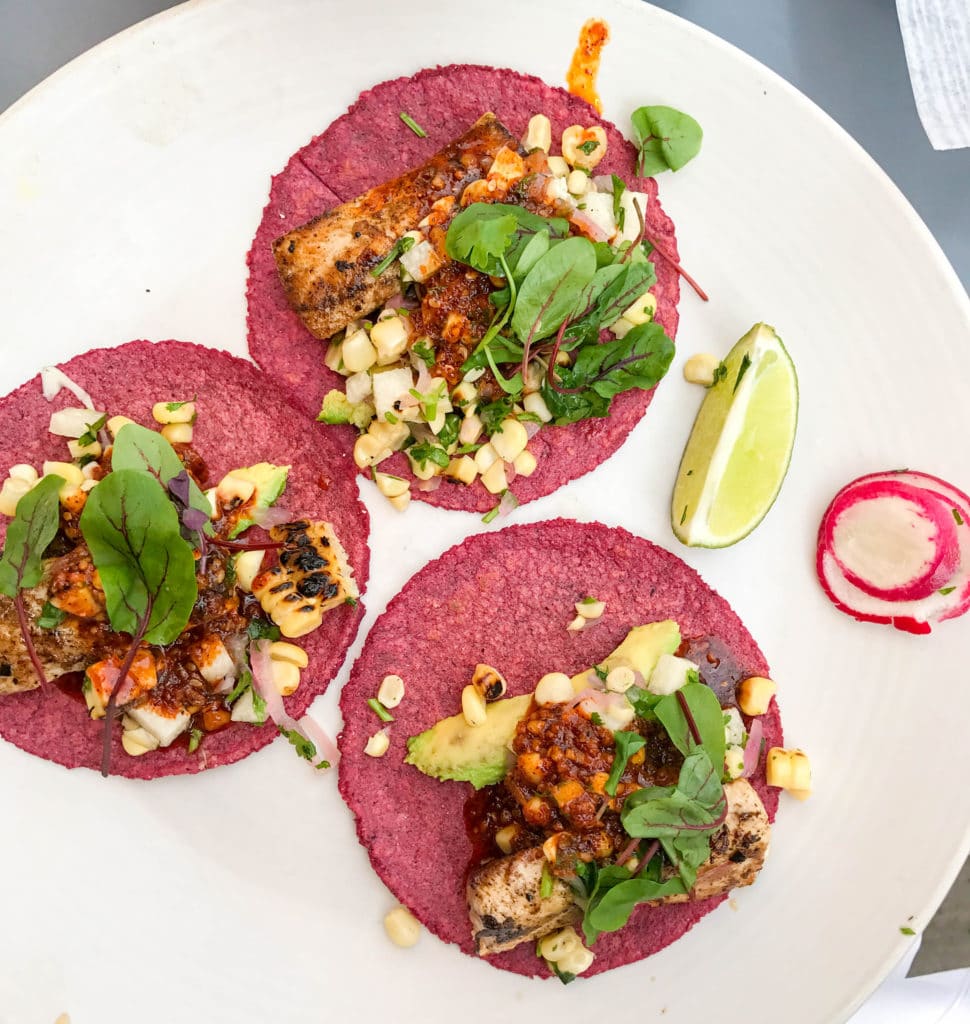 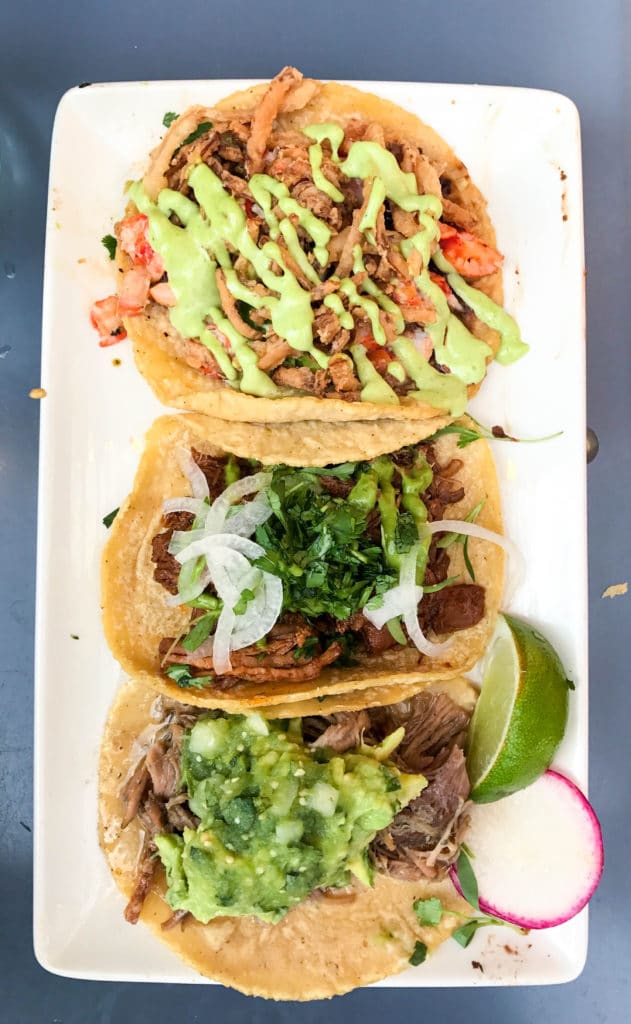 Mr. Hungry was still hungry after so we stopped for Cold Stone.  Of course, I had a few bites while we walked over to visit the seals!  They were so cute but they made me miss Nala and Missy so much! (See this Instagram Video) 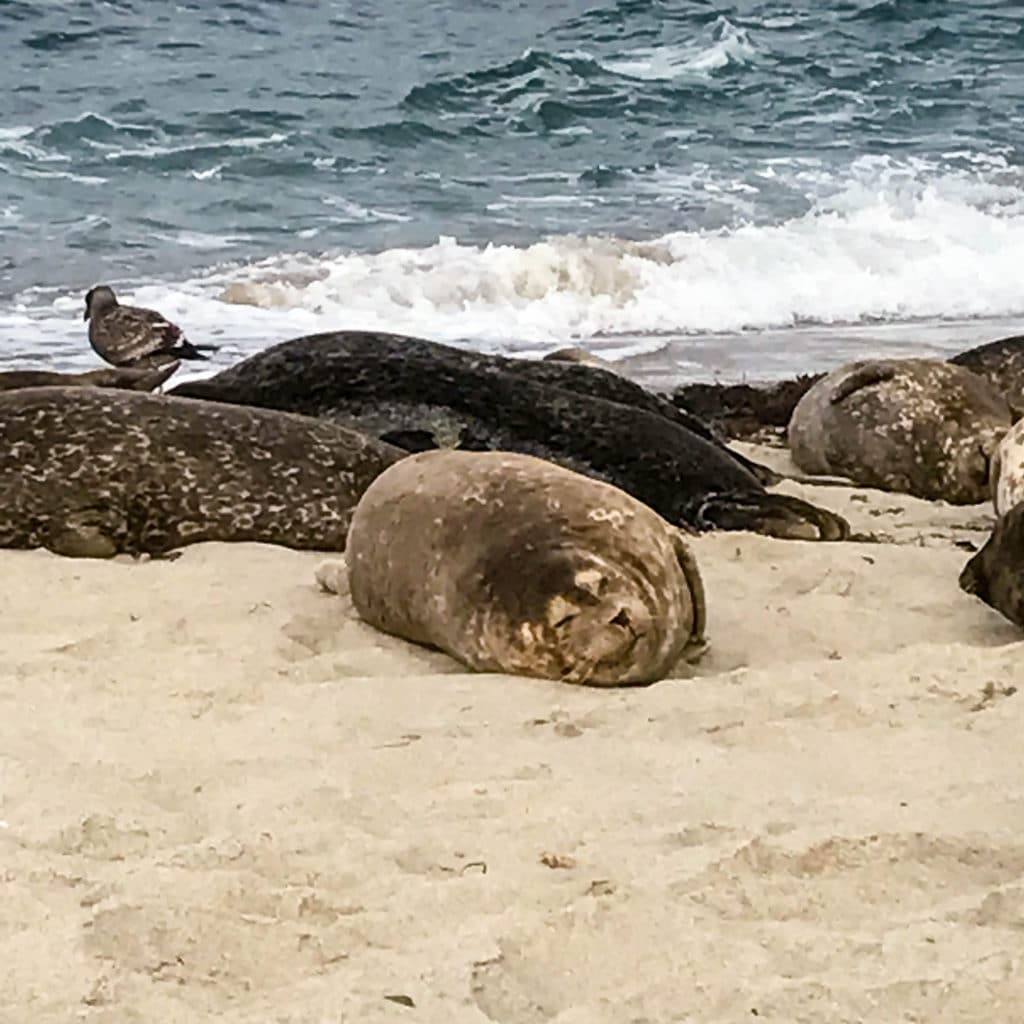 After saying goodbye to the seals we ubered home with a college kid driver who kindly updated us on the current frat/sorority situation at University of Arizona.  It was a SUPER quick trip but really fun and a much needed getaway! 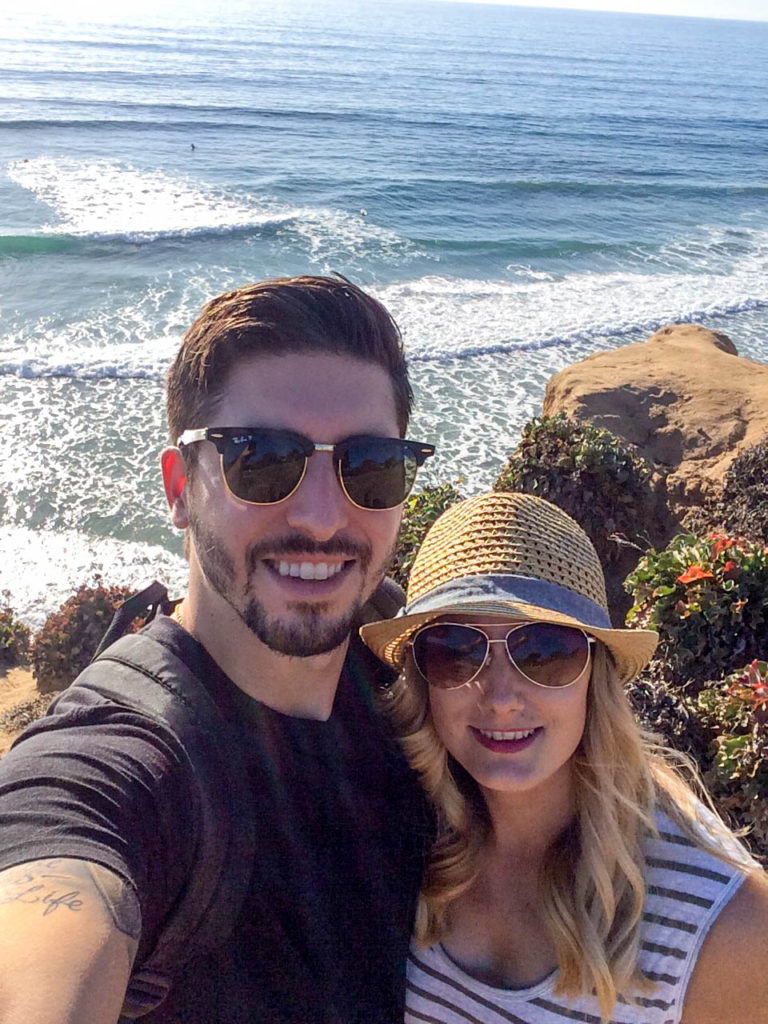 End of the day steps tally….. 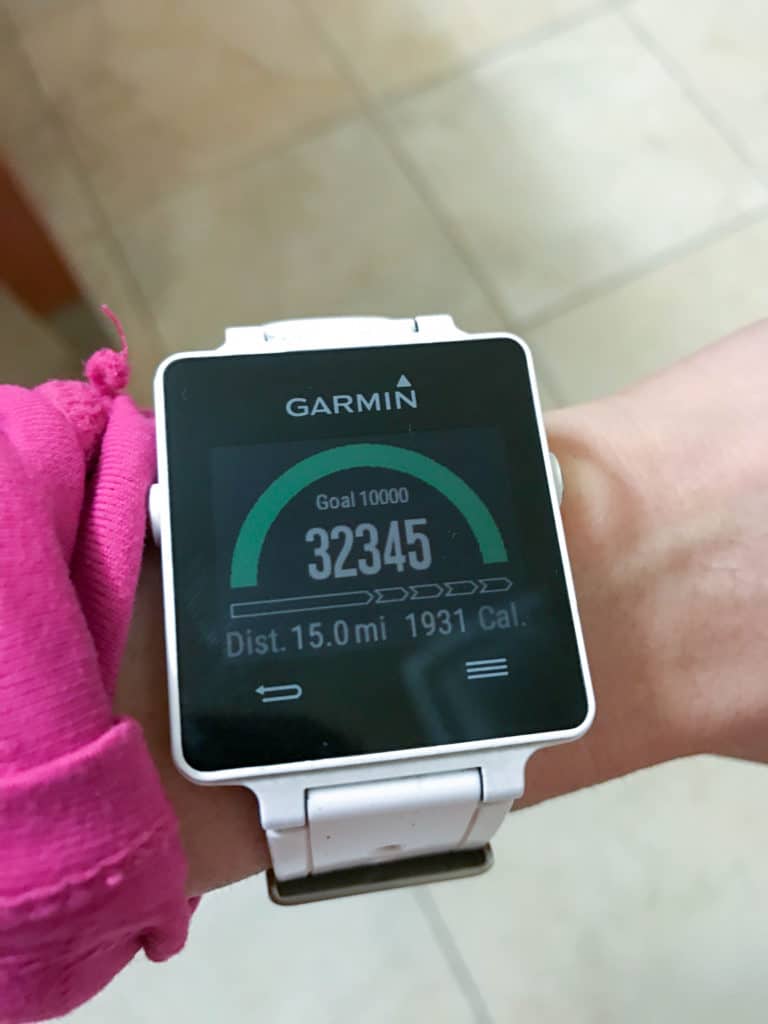 What kind of anniversary traditions do you have?

Are you a beach person?