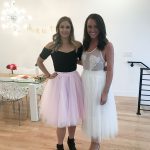 Hey, friends!  I know some of you have been following along on IG stories but I wanted to share a little bit about this weekends shenanigans. I was at my friend Kelsey’s bachelorette party.  (Friendship back story: I met Kelsey during my internship summer in Spain and we immediately bonded.  If you are a long time reader you may remember her from my wedding, or maybe you remember her from the story of my tattoo.)  I wanted to share some of the stuff we did in case you are looking for ideas for a bachelorette party coming up!  We all met up at the airport before heading to the Airbnb.  One of the best things that two of the girls arranged was catering in on Friday night.  I would have never thought about it, but we had a big group so it made it super easy to hang out and get to know each other! (PLUS way cheaper because we weren’t buying drinks, we also had so much food to eat all weekend!) 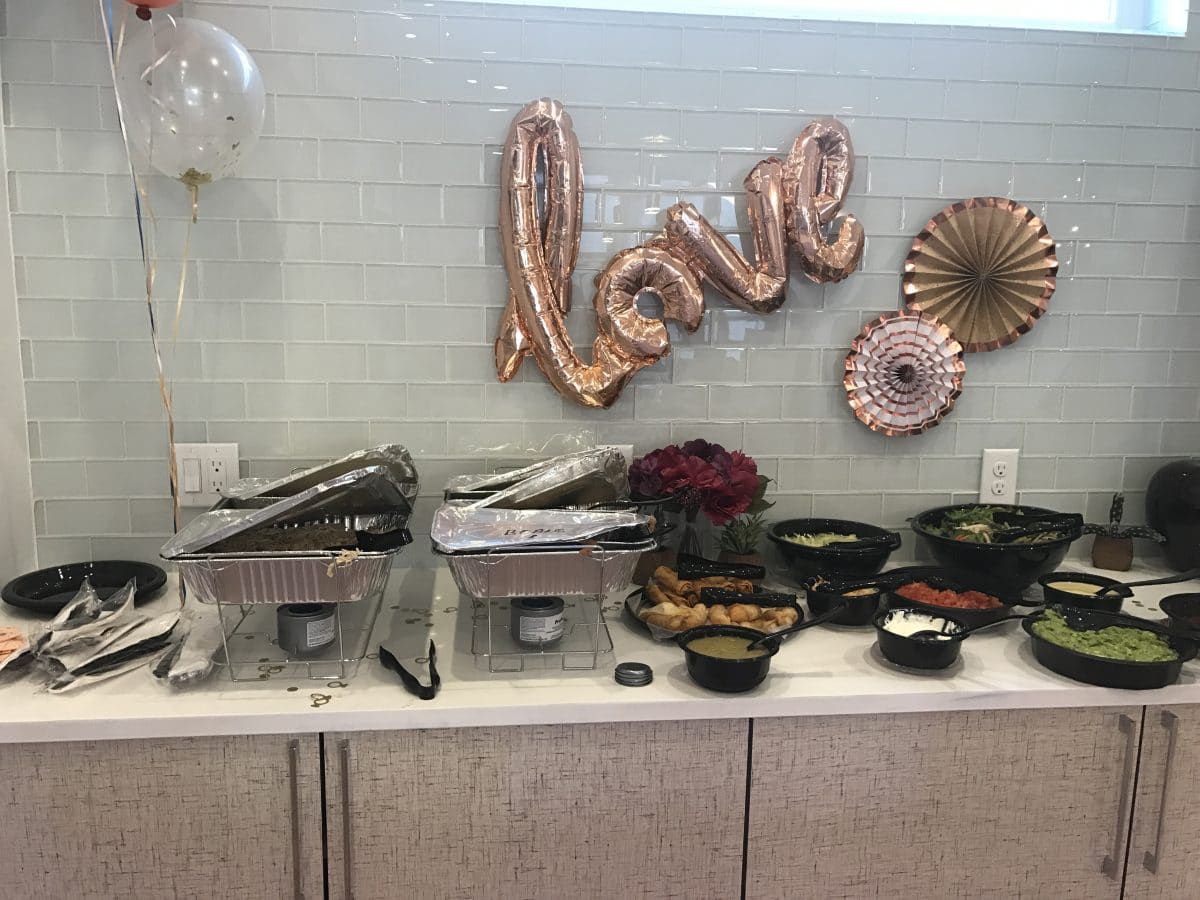 The other thing that was REALLY fun and made it super easy to pack was that each night had a theme.  The MOH gave Kelsey a list to chose from for each day.  The first night out was Tullies and Tattoos.  I ordered my tulle from Amazon not really thinking too much about it.  Mine was REALLY poofy and also kind of see-through, luckily one of the girls had a slip I could borrow!  I definitely look like a ballerina gone wrong, but Kelsey looked so cute! 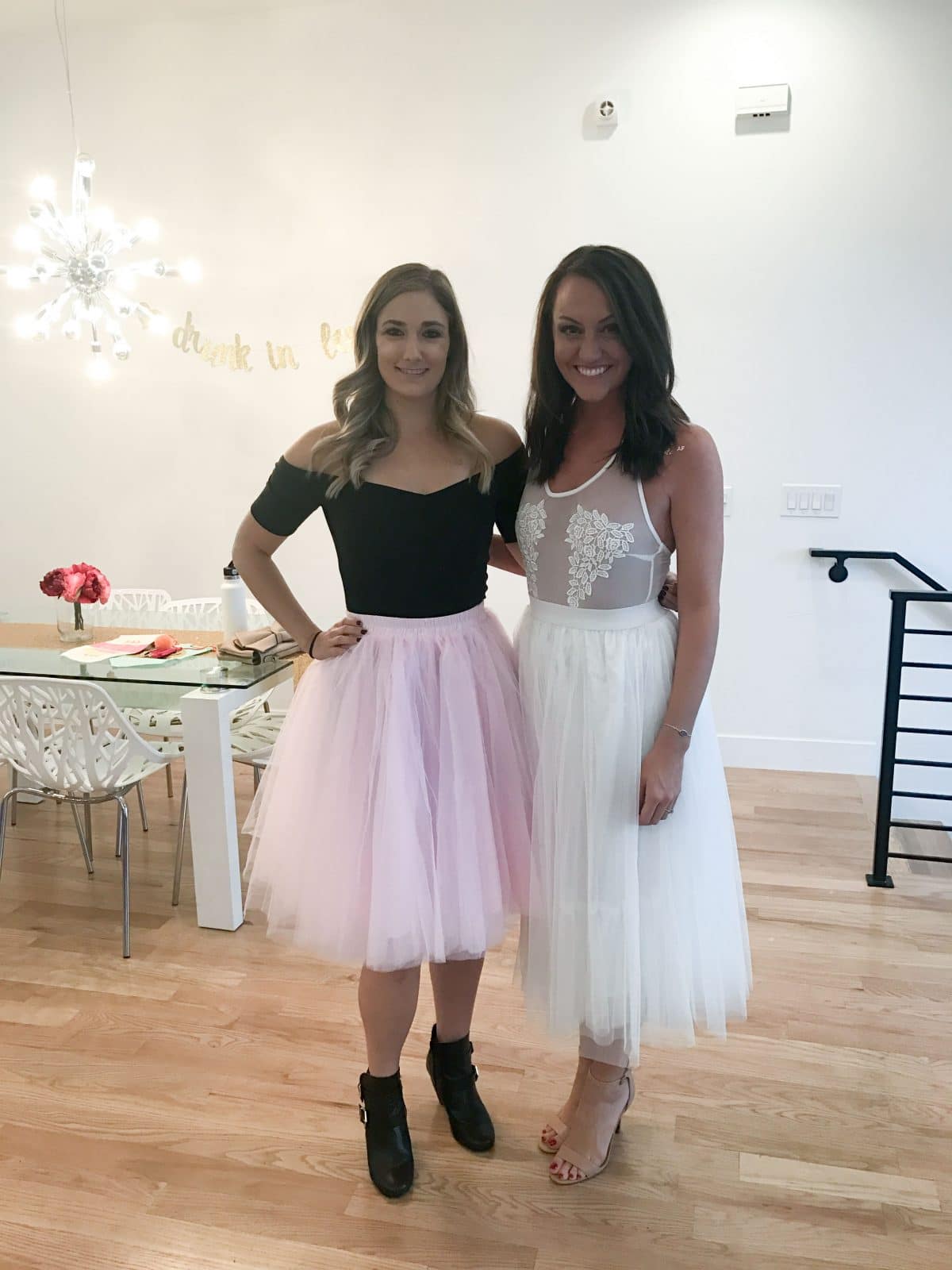 The next day I woke up SUPER early, way before everyone else.  Not surprising, alcohol always makes me wake up super early.  So I headed to a nearby Starbucks, I’ll take any excuse to get out in the cold air it was so nice!  I was also SUPER thankful I brought collagen single packs because it really helped me feel centered while traveling.  I think it also helped me get protein in since it was a very carb heavy weekend. 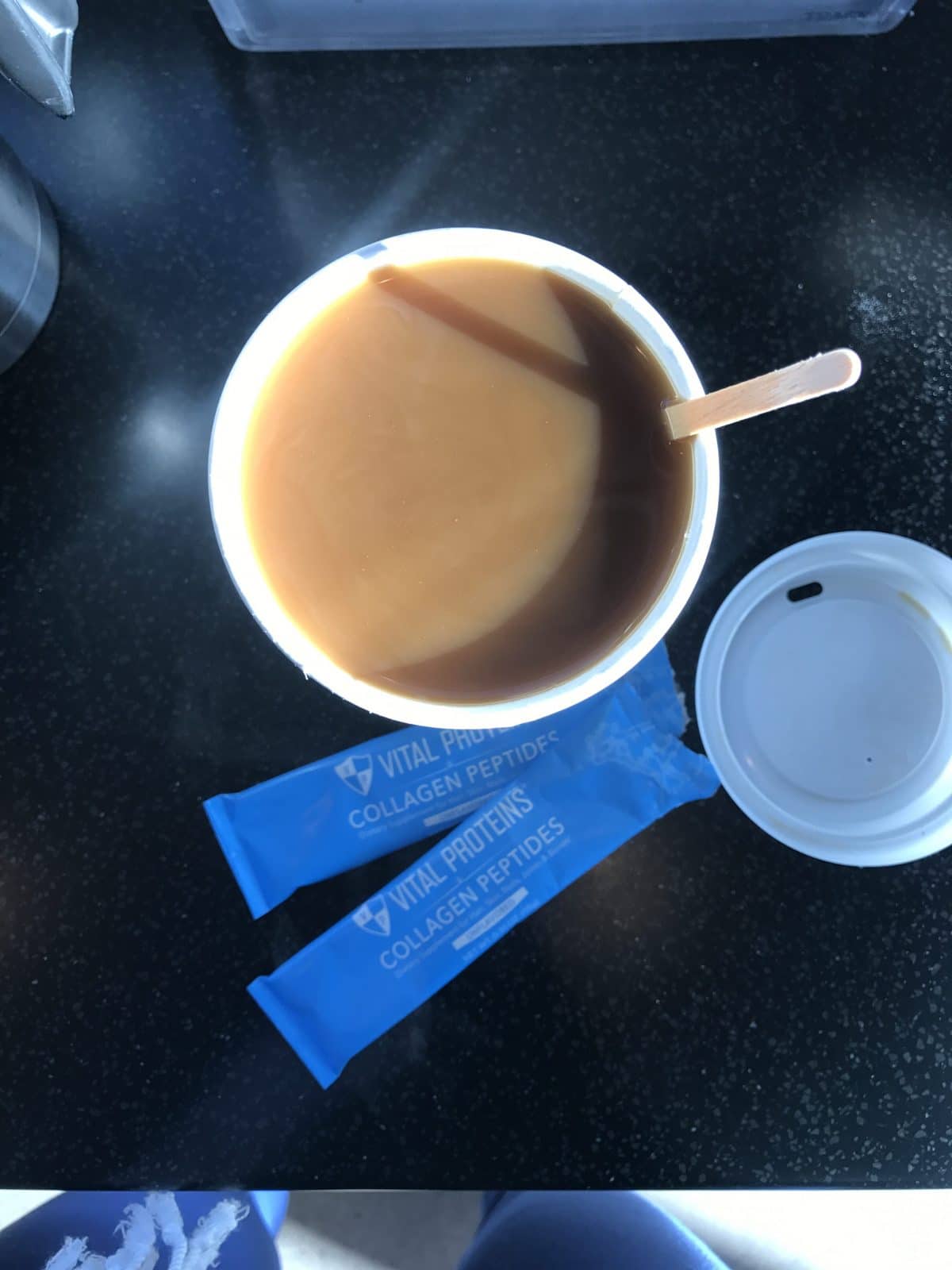 The next day the girls planned a brewery hop which ended up being REALLY fun, thanks to one of the bridesmaids I learned so much about beer!  Dress code for the brewery hop was flannel, which was awesome and comfy! 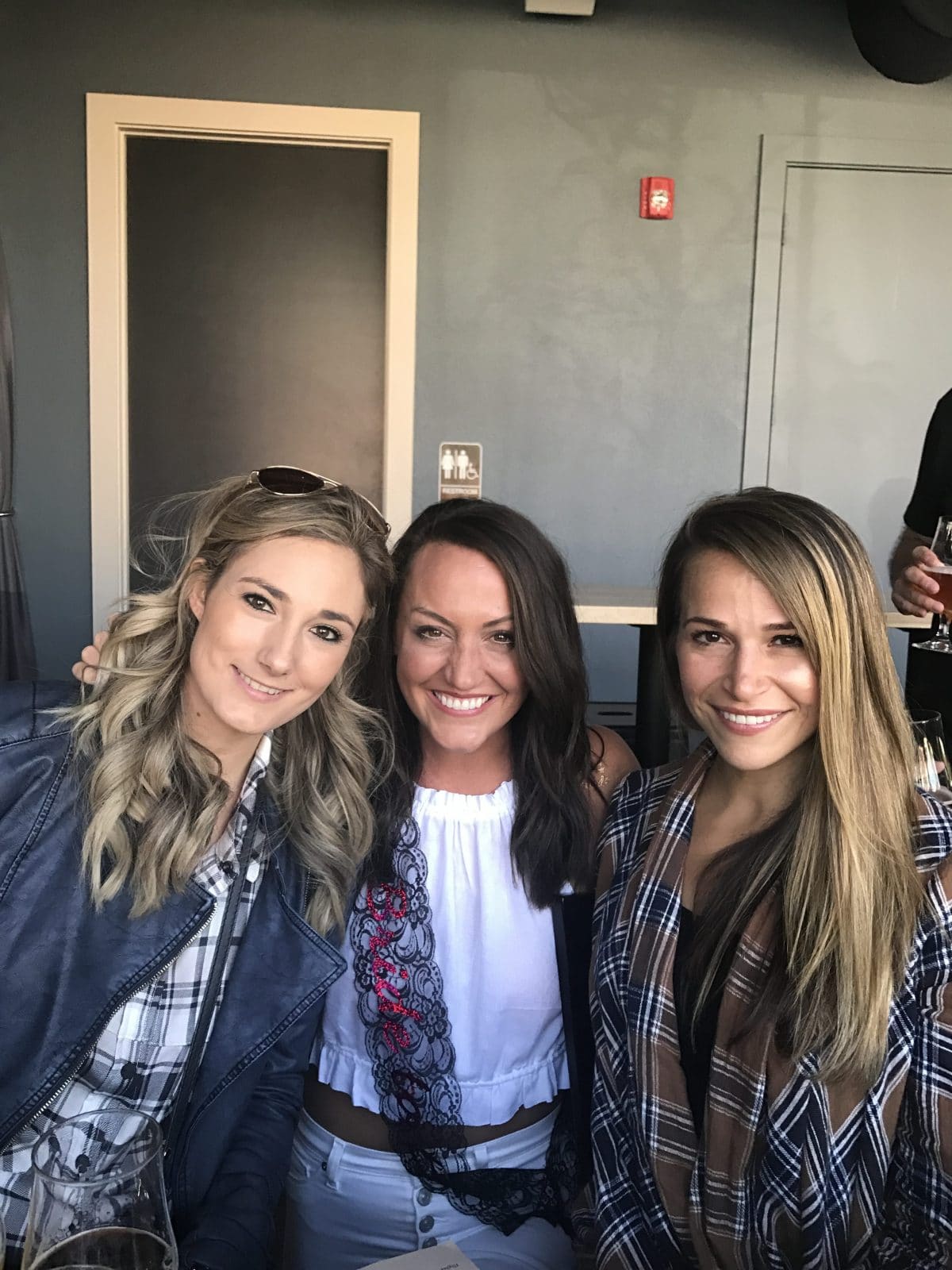 So I learned that I don’t HATE all beer, in fact, quite the opposite.  I really like wheat beers “formally known to me as Blue Moon aka the only beer I’ll drink.” I also like sours, which I literally didn’t even know was a thing!  Stouts are hit or miss, but I do not like that nasty hops aftertaste which I thought all beer had.  I don’t think I’ll be turning into a beer connoisseur anytime soon, but it was fun! 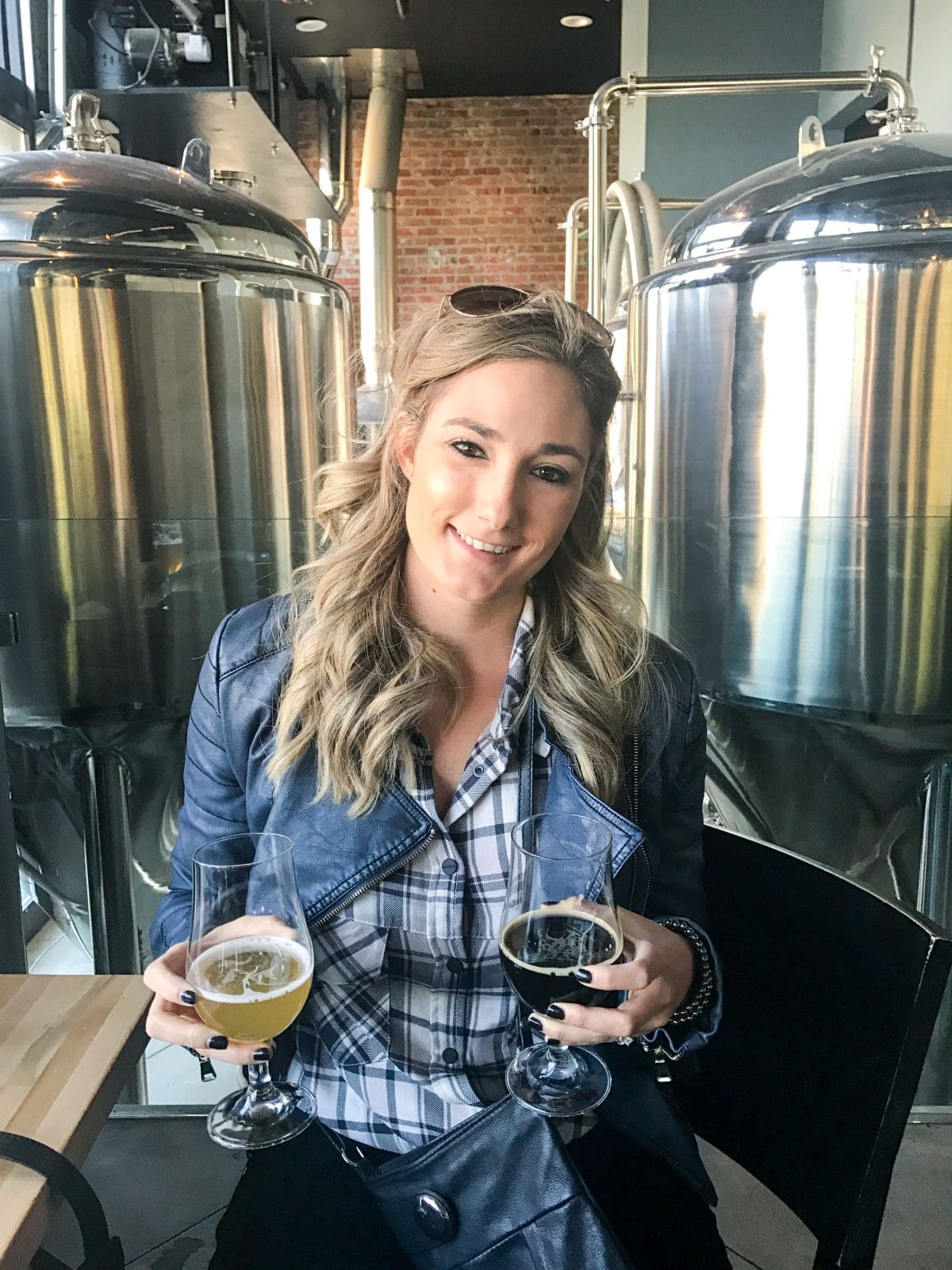 The theme for that night was mascarade.  We wore all black and the bride wore white!  Sadly I didn’t get any pictures but one of the girls did my make up which I LOVED! 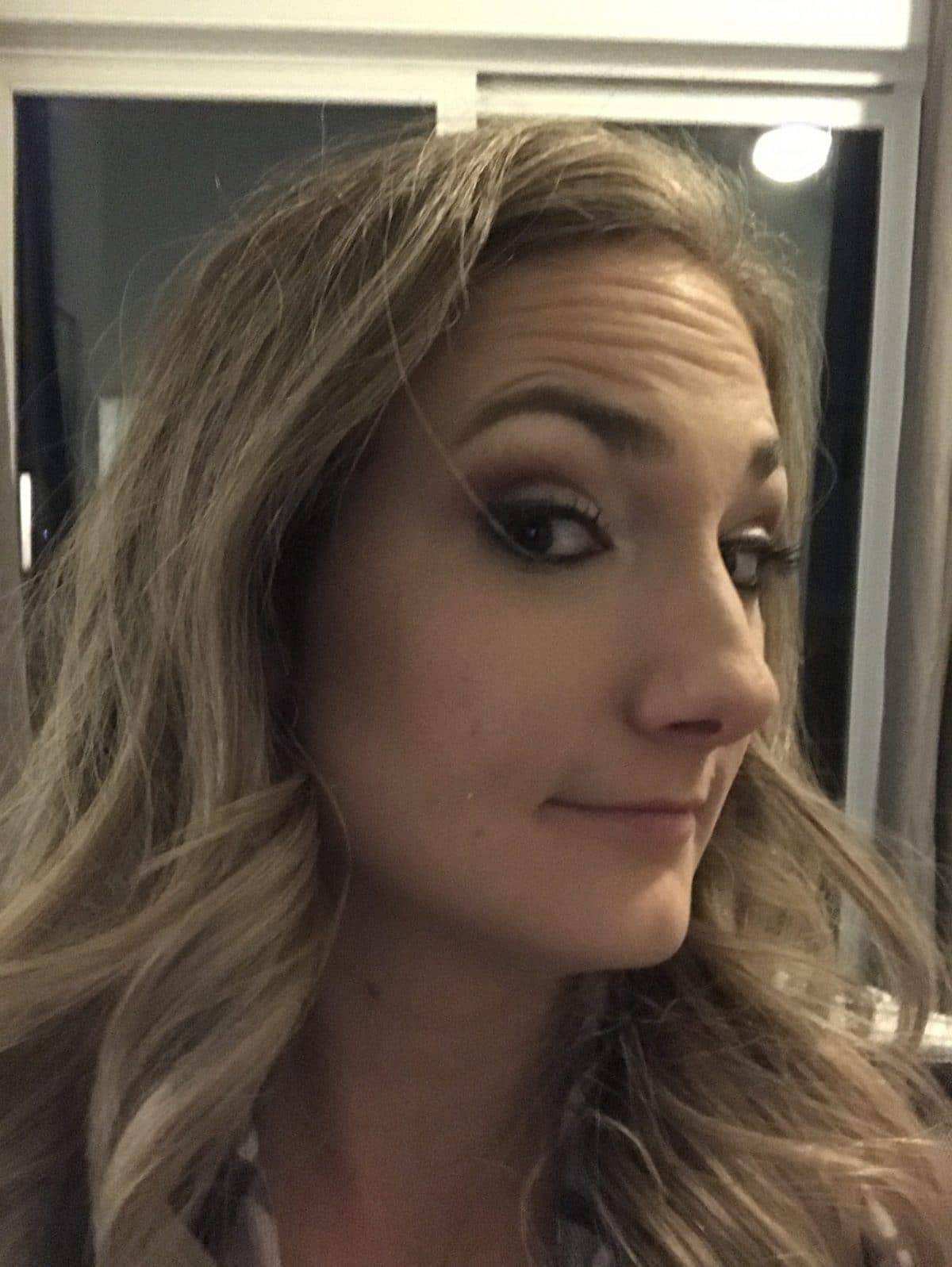 I definitely want to learn how to do makeup like that, I need to learn all the things about makeup! On Sunday, after cleaning up and saying goodbye to some girls who had earlier flights we headed out to Stout Social (I think downtownwn town?)  I got a huge veggie scramble which definitely helped me feel like I was getting on the right track again. 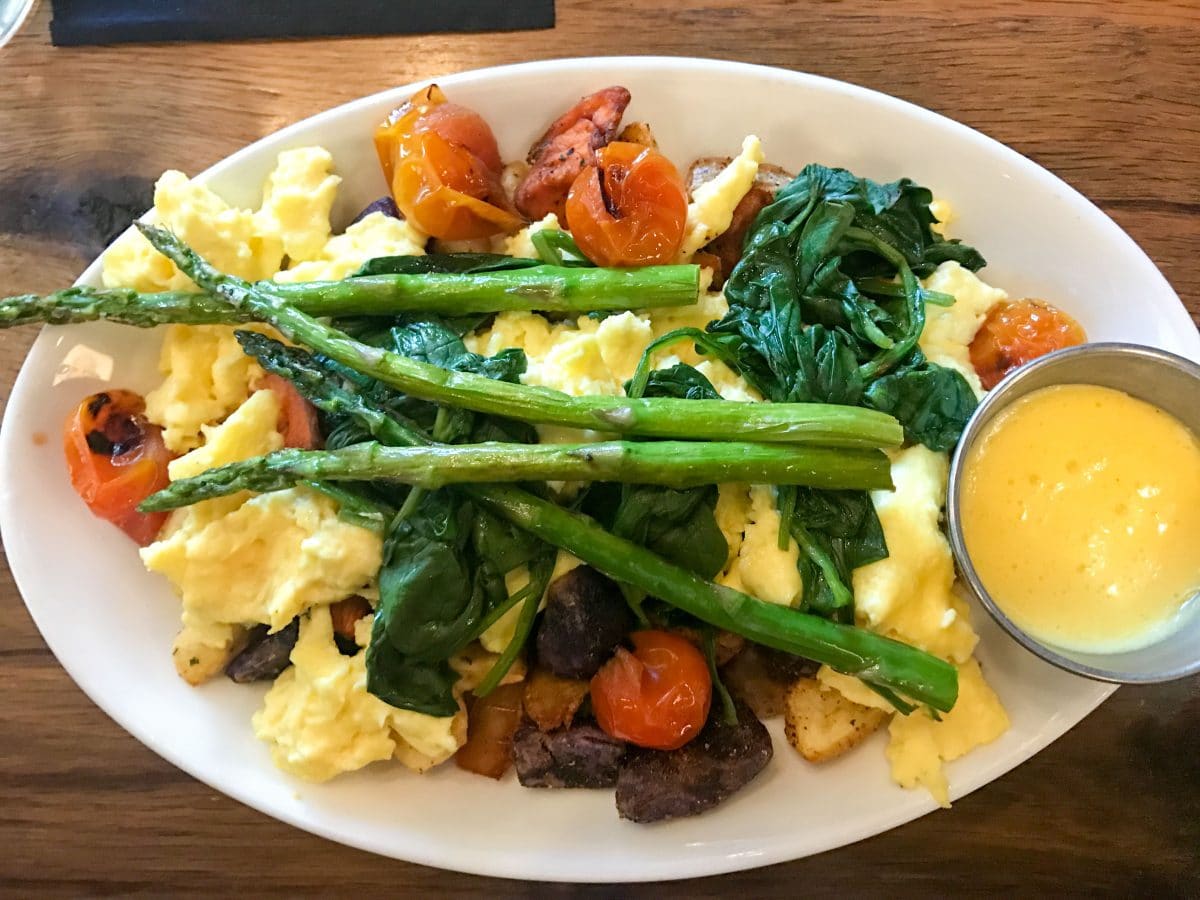 Over the weekend I ate and drank ALL the things.  I woke up on Sunday feeling pretty lousy about my choices but then I reminded myself one weekend is never going to make or break me.  I actually think I did a great job balancing hydration, alcohol, and food.  I was tired but not really hung over either day.  I think taking my vitamins and drinking 3 or more liters of water each day had something to do with that. Life is about enjoying all the things especially on a special weekend like this one.  That being said, I’m getting right back on the protein and produce train starting with this veggie scramble.  I had a quest bar on the plane and then for dinner Mr. Hungry and I hit up the Whole Foods hot bar.  I loaded up on veggies and had a little bit of meatloaf.  Don’t get me wrong I was craving sugary coffee and candy in the airport but I resisted and focused on getting back on track.  I reminded myself the cravings are from lack of sleep and the alcohol, they will go away and they are just cravings. 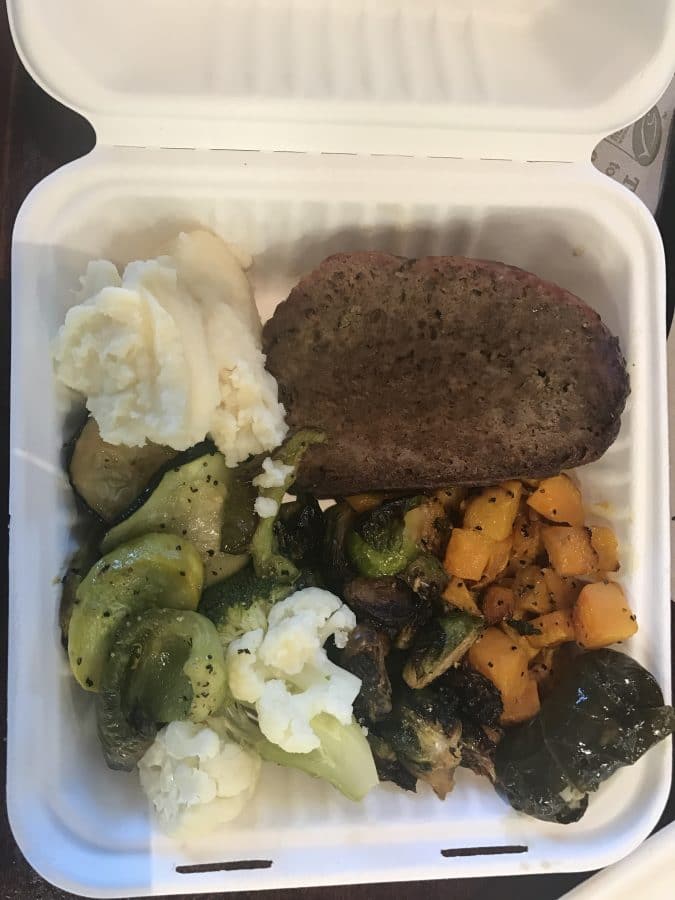 And I have to shout out to Mr. Hugry who “meal prepped” his own lunches this week, I am SO PROUD!  He made burgers from ground meat from Butcher Box with sauteed spinach.  (we did end up adding some potatoes too) 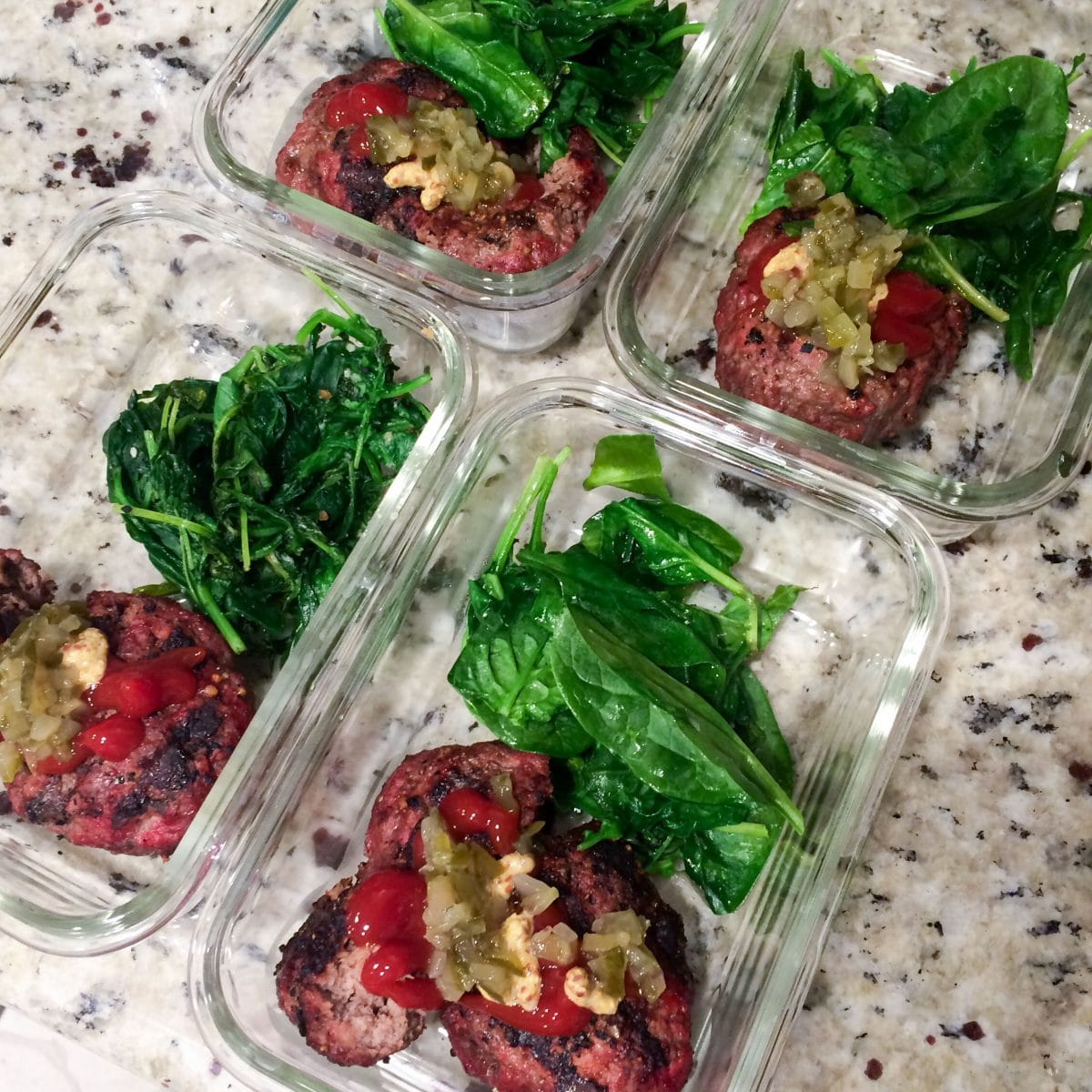 On the meal plan this week: