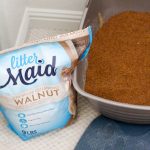 This shop has been compensated by Collective Bias, Inc. and its advertiser. All opinions are mine alone. #LitterMaidWalnut #LitterMaid #CollectiveBias

Hi, friends!  Today Missy is taking over the blog!  You guys like my Day in the Life post so much I thought it would be fun to do one for Missy.  Just in case you don’t know, Missy is my 8-year-old kitty.  I got her about a year after I started dating Mr. Hungry, so she is just as much his as she is mine (but really she is mine.)  She went with me to grad school and was my favorite study buddy.  Her life kind of got turned upside down when we got Nala but she now tolerates her bratty little sister that’s four times her size well enough. 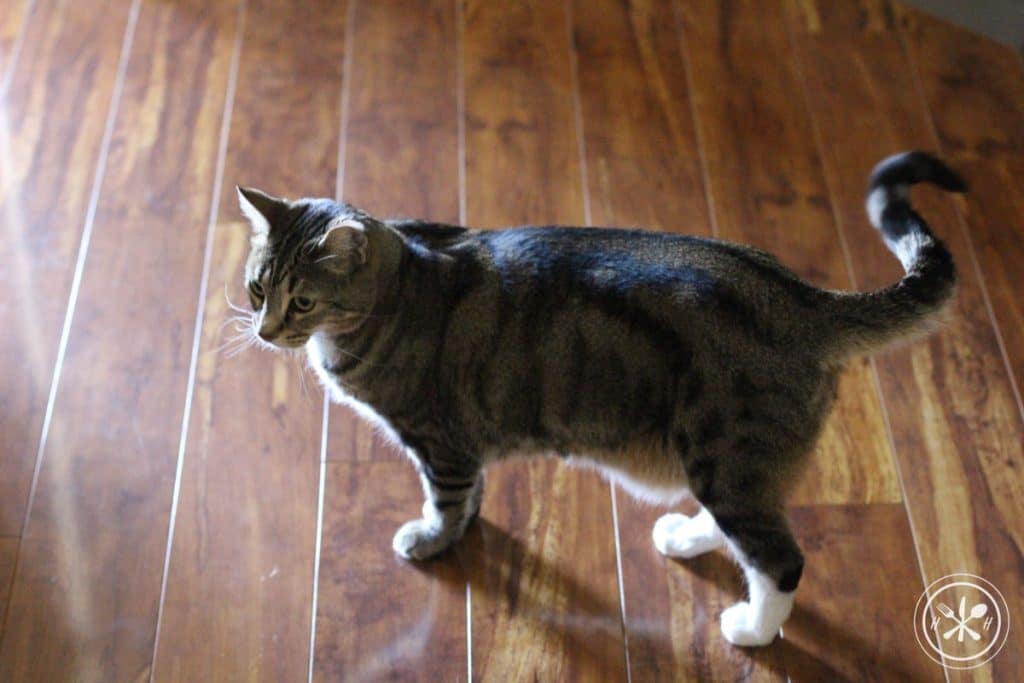 Missy is a VOCAL kitty.  When I wake up in the morning, before I can even get my coffee going she is rubbing on my leg and meowing up a storm wanting her morning treats.  We give her lysine treats because she has some kind of feline respiratory thing, and the lysine treats boost her immune system enough to keep it at bay. 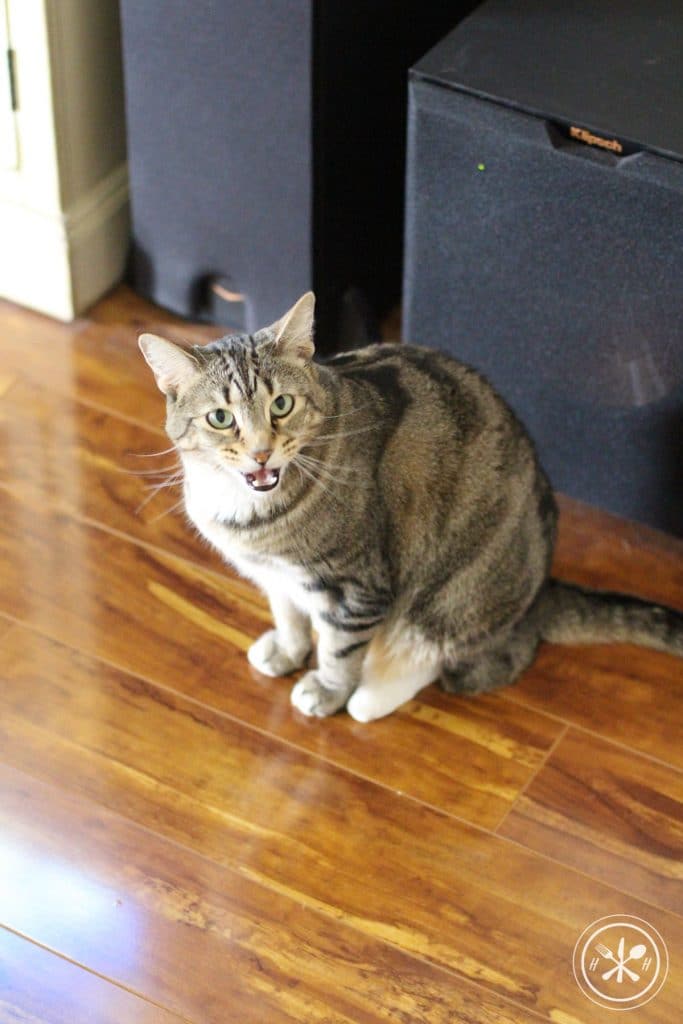 Then she is gone for the morning, I normally don’t see her again until the afternoon.  Since I knew I was doing this post I went looking for her yesterday morning.  Turns out she was sleeping UNDER the covers in the spare bedroom.  I think other times she hangs out in the sun in my office. If I set in my office, she wants to sit right on my lab.

In the afternoon she is more likely to be out and about with us.  I usually know when she comes out because Nala runs over to greet her and I hear a low rumble growl from her and sometimes hissing.  Nala just wants a sniff and Missy is not having it.  In the afternoon she likes to settle in and stare out the windows at the birds. 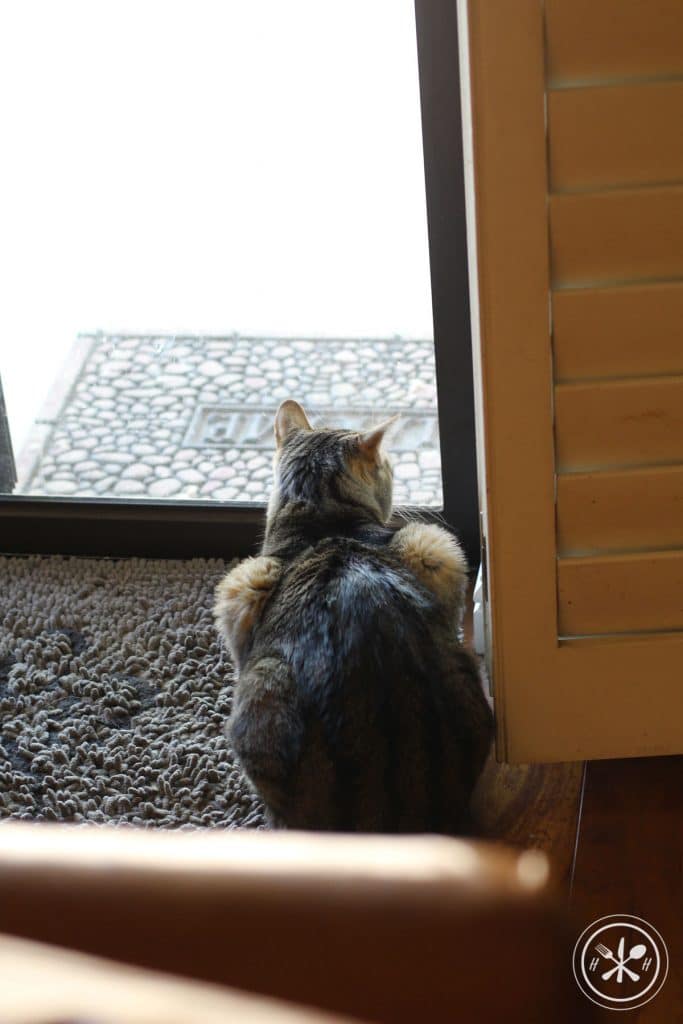 Then, of course, it’s time for another nap on the couch because all that watching the birds make her tired. 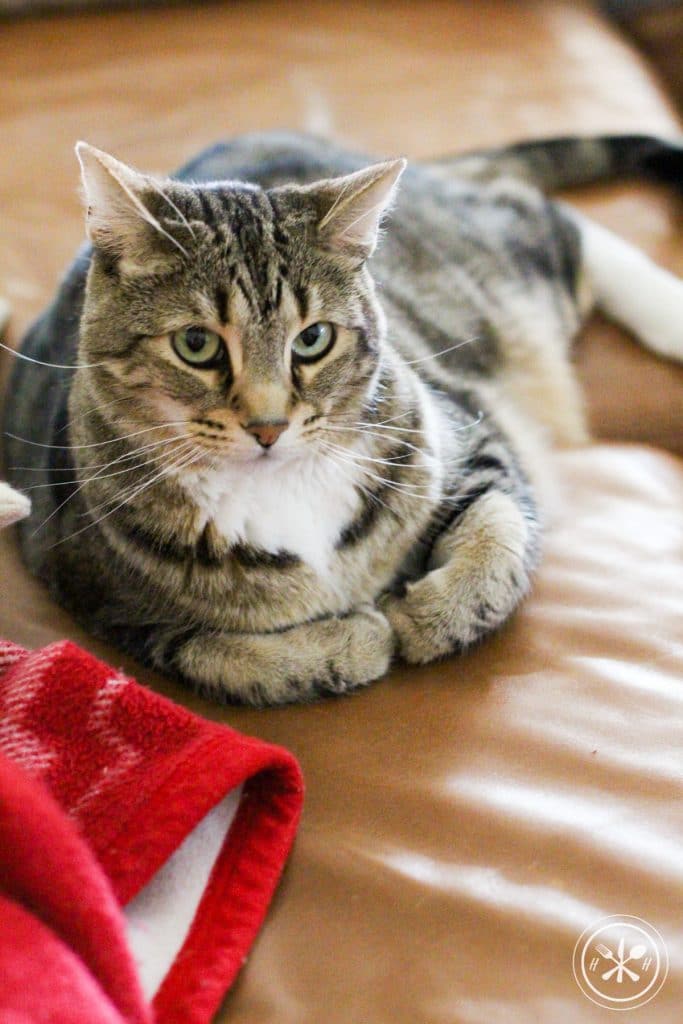 Followed by a visit to her favorite blanky.  She was never one of those cats that “made biscuits” until we got this ultra soft blanket which is her FAVORITE.  She makes biscuits on it and sucks on it, so weird haha. 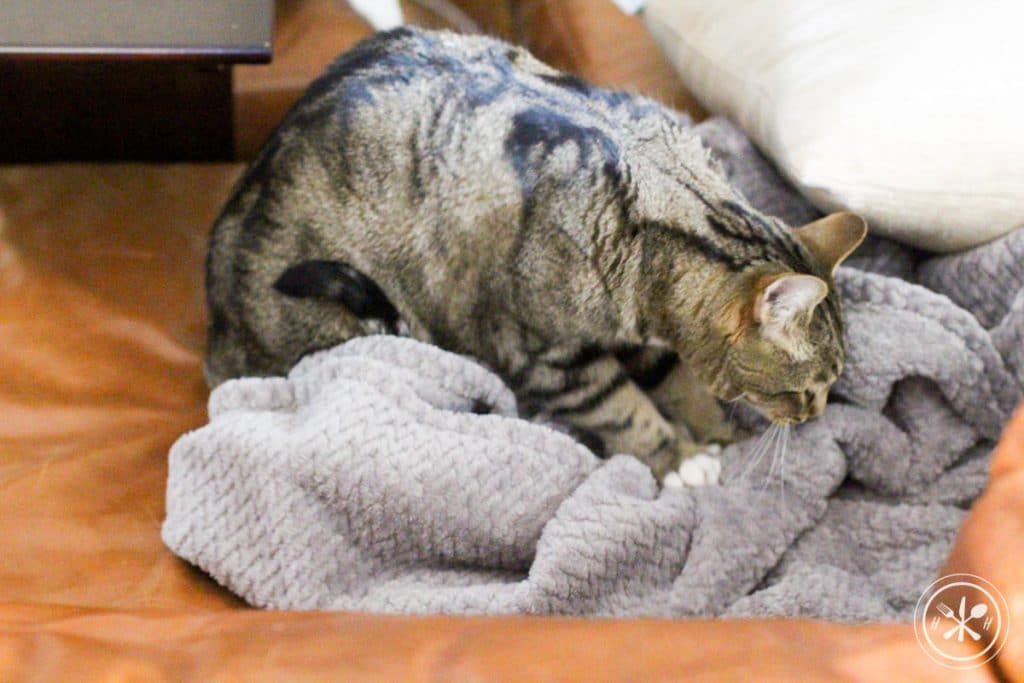 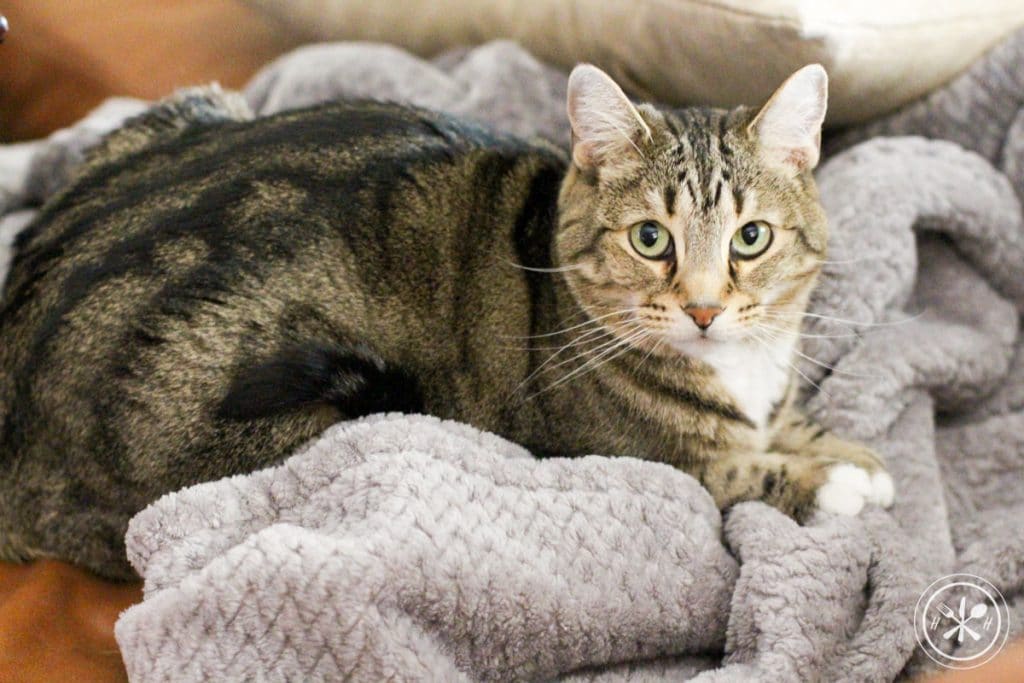 At dinner time, Missy gets a little bit of wet food for dinner which she gets overly excited and vocal about.  We started giving that to her after she got really vocal when we fed Nala every night like we were forgetting about her even though she gets unlimited dry food.

Basically, Missy is a way better begger in the kitchen than Nala every thought about being.  She has the consistent loud meowing thing down to a T, we basically give in all the time.

Recently, we’ve been trying to switch to more natural products in our house overall including cleaning supplies, and when it comes to both Missy and Nala.  That’s why we were so excited to try out LitterMaid® Premium Walnut made from natural walnut shells. 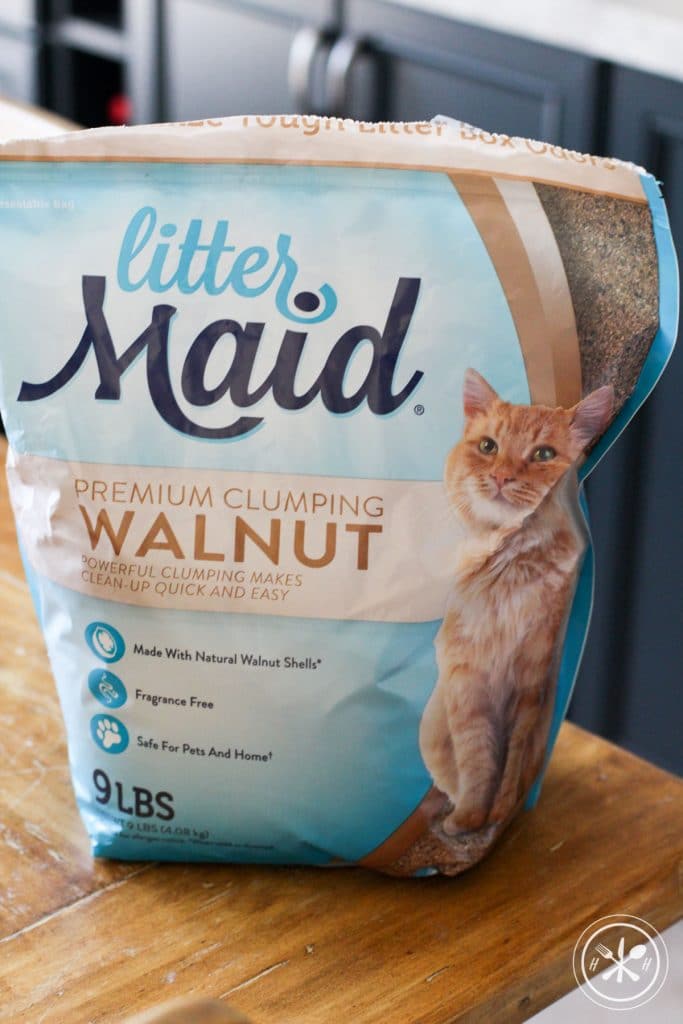 Missy has some weird litterbox habits already, so we were nervous about switching.  She is very particular, in fact, we had to take the top off the litterbox so she would use it.  So we started by mixing the litter we were previously using, using less and less of the previous brand till we got down to only the LitterMaid® Premium Walnut. I noticed right away that there was way less dust, it clumped up easily making clean up super fast, and it neutralized odors better. 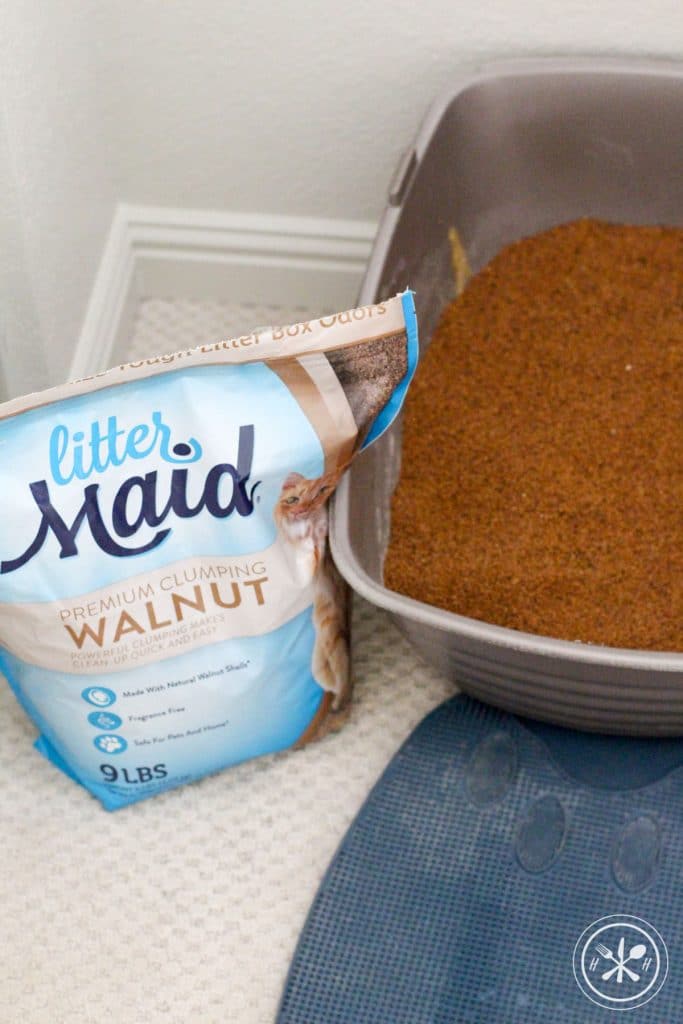 The best part was that I didn’t have to go to a special natural pet foods store to get the litter, it was at our local Walmart in the aisle where all the liter is. 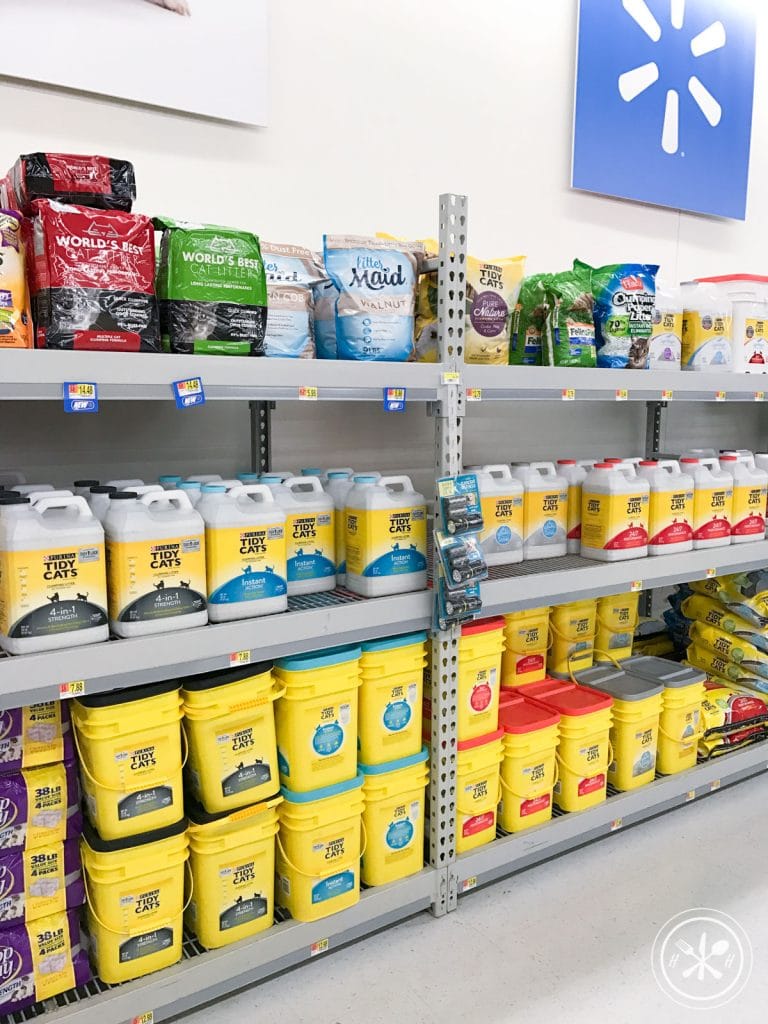 I found it on the top shelf, easy to spot and grab! 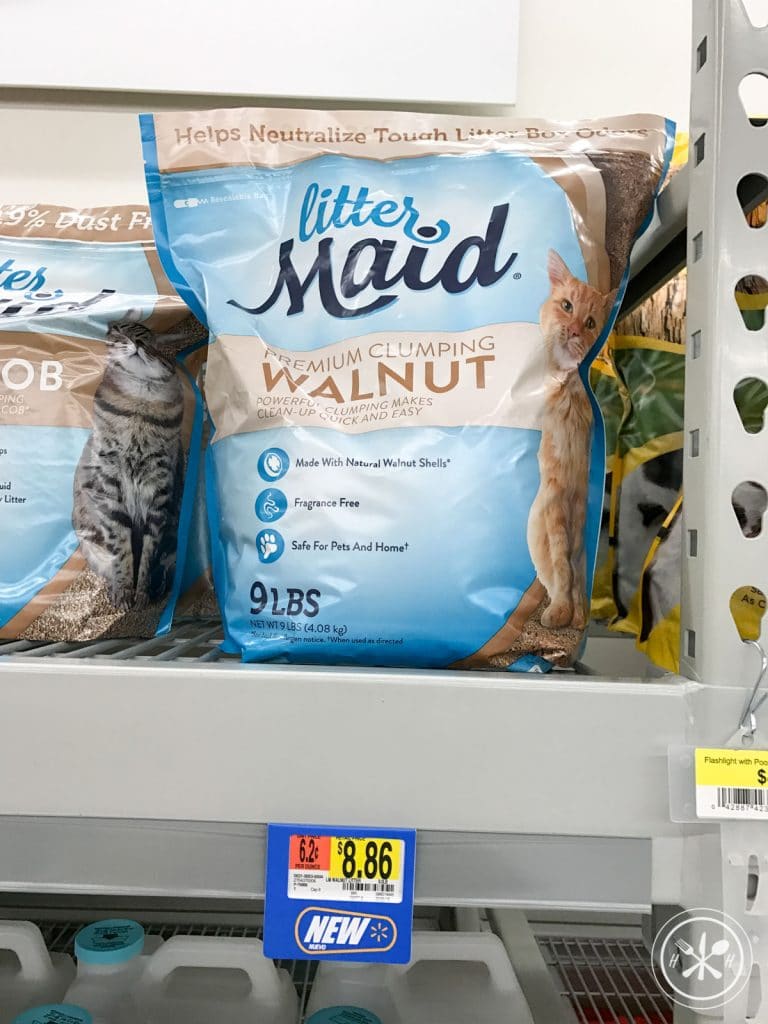 Here is what  looks LitterMaid® Premium Walnut litter looks like on the inside: 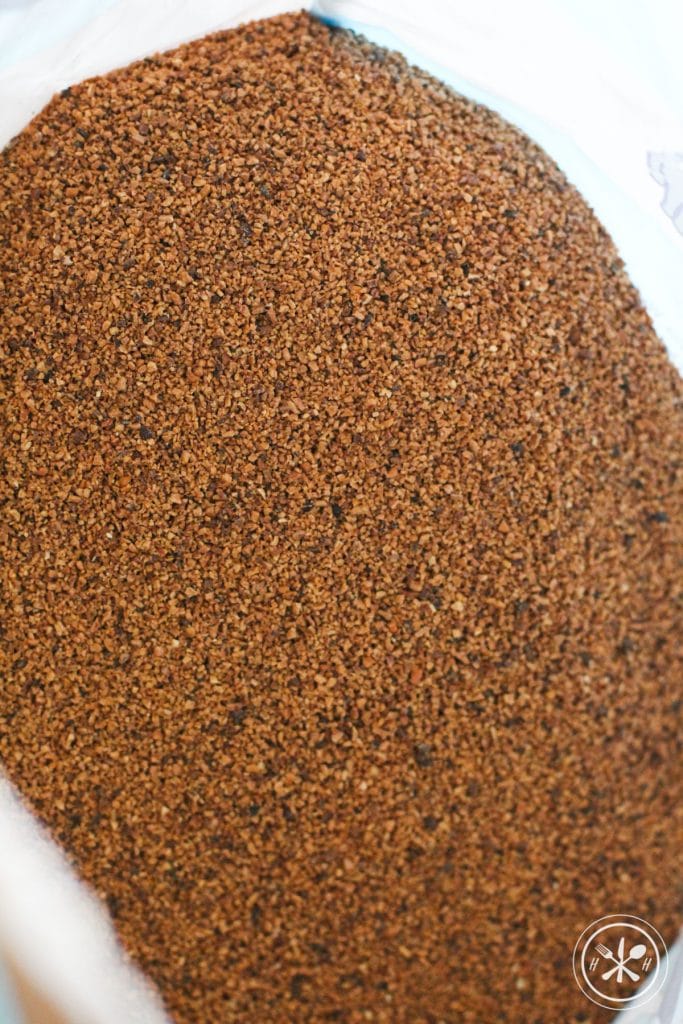 At night Missy hangs out on our laps, on the coffee table, or on the couch.  She is sure to attack either of us for the rest of a cereal dessert bowl if she can.  Kitty is OBSESSED with not only almond milk but cereal milk and ice cream.  Just like her Mama! 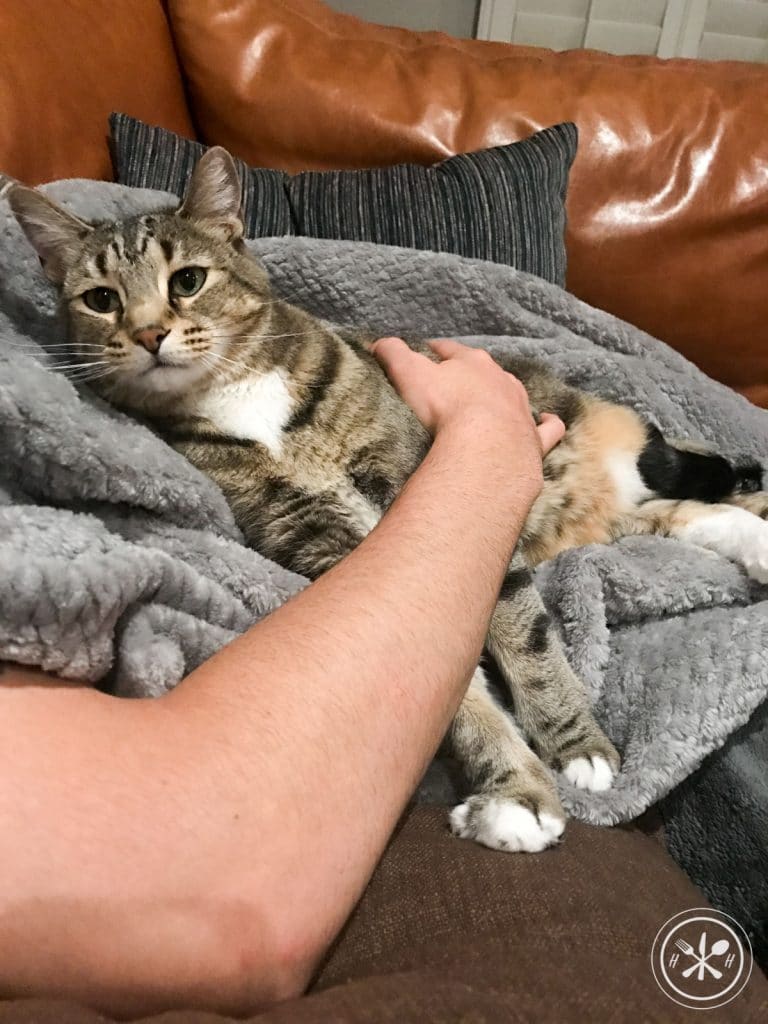 I’m happy we are able to provide her healthier options, even down to her litter. She is only 8 which means we still have a decade or more to spend with her!

Make sure you head out to your local Walmart to give your kitty the gift of natural litter with LitterMaid® Premium Walnut.  And to give yourself the gift of less dust and an easier kitty litter clean up!!!!!

This shop has been compensated by Collective Bias, Inc. and its advertiser. All opinions are mine alone. #LitterMaidWalnut #LitterMaid #CollectiveBias