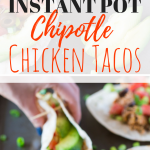 Tacos aren’t just for Tuesday anymore! This taco meat is packed with flavor plus you let the instant pot or slow cooker do the heavy work for you! 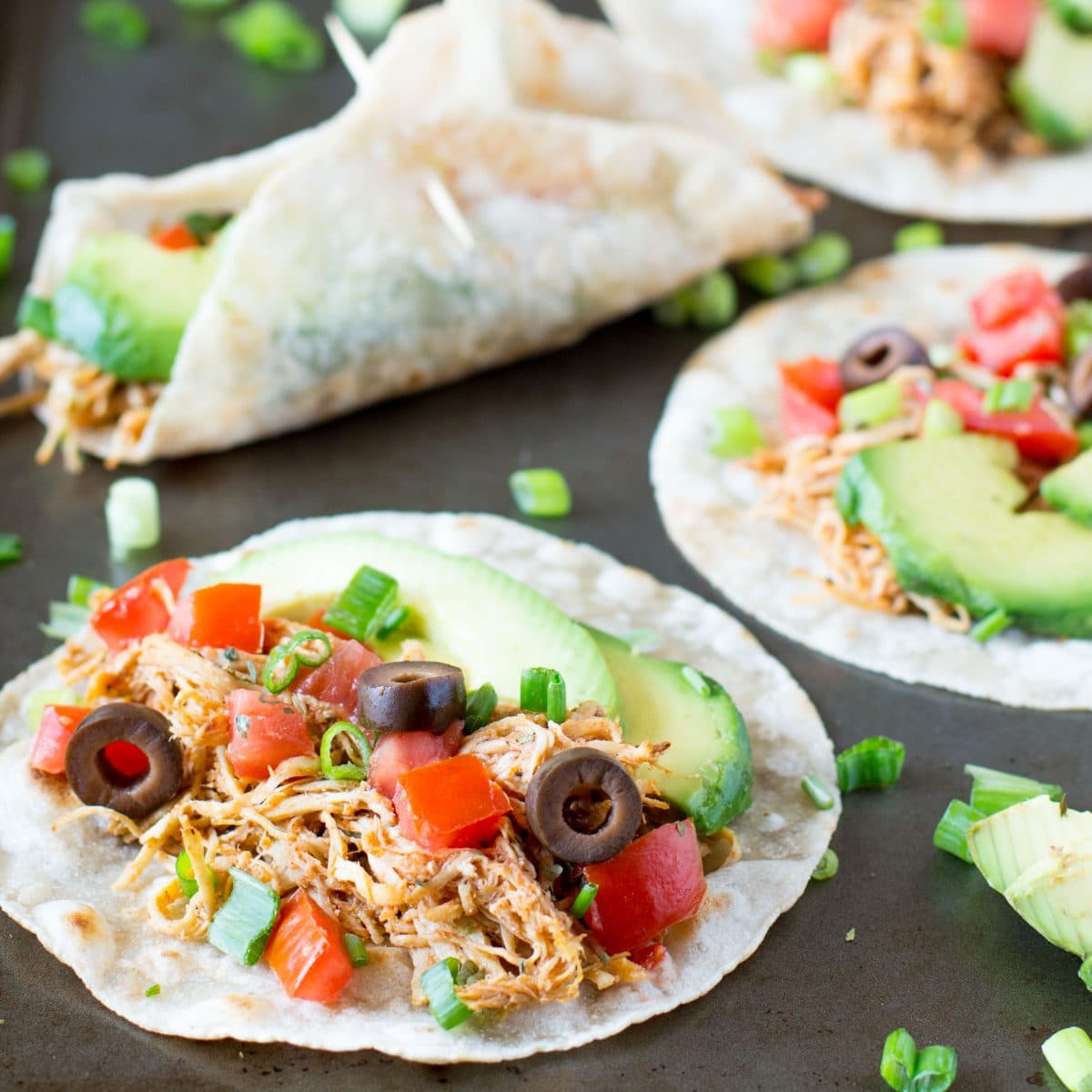 Hi friends, happy Tuesday.  Happy Taco Tuesday that is!  God bless whoever started that trend and thank you for not starting tribe Tuesday.  Not sure what that is?  Oh, it’s just stomach lining of various animals which apparently has a spongelike honeycomb texture.

Thank you to this list for that wonderful explanation.  Now that I’ve totally offended and scared the crap out of all my vegan friends (if they didn’t already black list me for writing this review.)  What’s the weirdest thing you’ve ever eaten?  The weirdest thing I’ve ever eaten was chicken feet, and it was more traumatic than it needs to be.

Let me set the scene, during grad school my friends and I somehow escaped to San Francisco for a weekend.  So, I’m in china town with my two Asian roomies.

Side note: Having Asian friends during Grad School was the best.  I tried so many new things, some I liked and some I didn’t like.  However, I was learning to expand my horizons.  I learned to LOVE bimb bab – a bowl of rice with all kinds of wonderful things on top.

It’s served in a hot stone so the rice gets crispy at the bottom.  I learned I wasn’t a fan of egg tarts or mooncake (cake with an egg in it.)  Yet, I was still good at trying things.

So in the middle of china town, when they told me to try the chicken feet, I did.  They DID NOT tell me you are supposed to eat the meat off the bone, not bite in.  So, yeah, pretty much scared for life.  Never trying the weird food again.

I’ll stick with normal chicken wings, breasts, and thighs from now on thank you very much.  And you can pretty much never go wrong with Mexican food.  Unless they tried to serve you that soup with intestines, which thankfully no one has tried to give me.

Just tacos, nachos, eggs, enchiladas, aka all the good stuff. So, yes, I’m officially thanking the universe for #tacotuesday.  Think about it, we could have REALLY gone wrong with that one.

I love that these tacos are SUPER easy to make because the Instant Pot (this is the one I have) (see what I want you to know about the Instant Pot) or slow cooker does the work for you and they are incredibly flavorful.  I didn’t use cheese because we try to keep it minimal because it’s one of Mr. Hungry’s Food Sensitivities.

After following the leap protocol, he can do small amounts now, we just try to not make it an everyday thing.   The same thing with gluten, so I used these gluten-free tortillas.  So, that makes this recipe Paleo friendly but feel free to use cheese and whatever whole grain tortillas you want if you have no dairy/gluten issues in your house.

Not signed up yet? What to Eat? Meal Plans! are balanced, healthy, gluten-free meal plans designed by a Registered Dietitian (that’s me!) to make healthy eating more convenient. Plus they include delicious recipes from Hungry Hobby like this one! Learn More and Sign Up!

Salt-  I used Himalayan sea salt.  Himilayan and Celtic salt are a bit less salty than traditional table salt, so you may find that if you sub regular salt this recipe could be very salty.  Try subbing 3/4 a teaspoon of table salt if you don’t have Celtic or Himilayan.

Smoked Paprika – I love smoked paprika, it has a bit of a richer flavor.  However, you can sub regular paprika if that is all you have.

Dried Oregano –  Do not omit.

Chipotle Peppers Powder – Chose your brand carefully, they each have a slightly different flavor and hotness.

Chicken Broth – This just adds saltiness and more flavor to the chicken, but you can omit it and use water instead.  You may just want to add a little bit more seasoning in the end.

Lime Juice  – Do not omit and do not sub lemon juice.  It won’t taste the same.

Onion –  Do not omit.  I used a white onion, which I think is the best for Mexican food.  But, if you prefer another type of onion-like red or sweet yellow that will work fine.

Garlic – I like fresh garlic for any IP or SC recipe, however, in a pinch you could sub a tablespoon of garlic powder here.  Do not omit, unless you hate garlic.

Chicken Breast – I have not tried this recipe with anything but chicken breast but I have a hunch that boneless chicken thighs would be okay as well.

Avocado Oil – Avocado oil is my preferred cooking oil, especially for Mexican food.  However, you could sub an extra virgin olive here or canola oil.  (See Are You Using the Right Cooking Oil?) 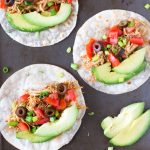 Tacos aren't just for Tuesday anymore! This taco meat is packed with flavor plus you let the instant pot or slow cooker do the heavy work for you!
Servings: 8 tacos
Calories: 255kcal
Author: Kelli Shallal MPH RD

*The number of tacos will vary depending on the size of tortilla you use and how much you fill it!  For us, it made about 10 tacos!  The variation is why there are no nutrition facts for this recipe.

Craving tacos?  Try one of these or check out the recipe index! 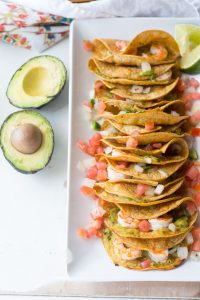 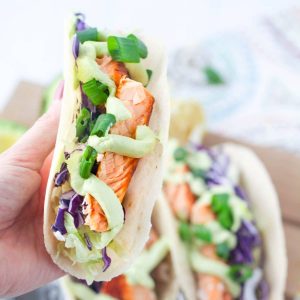 Don’t forget to pin this recipe for later and follow @hungryhobby for more healthy recipes, quick workouts, and nutrition tips!