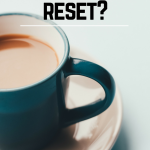 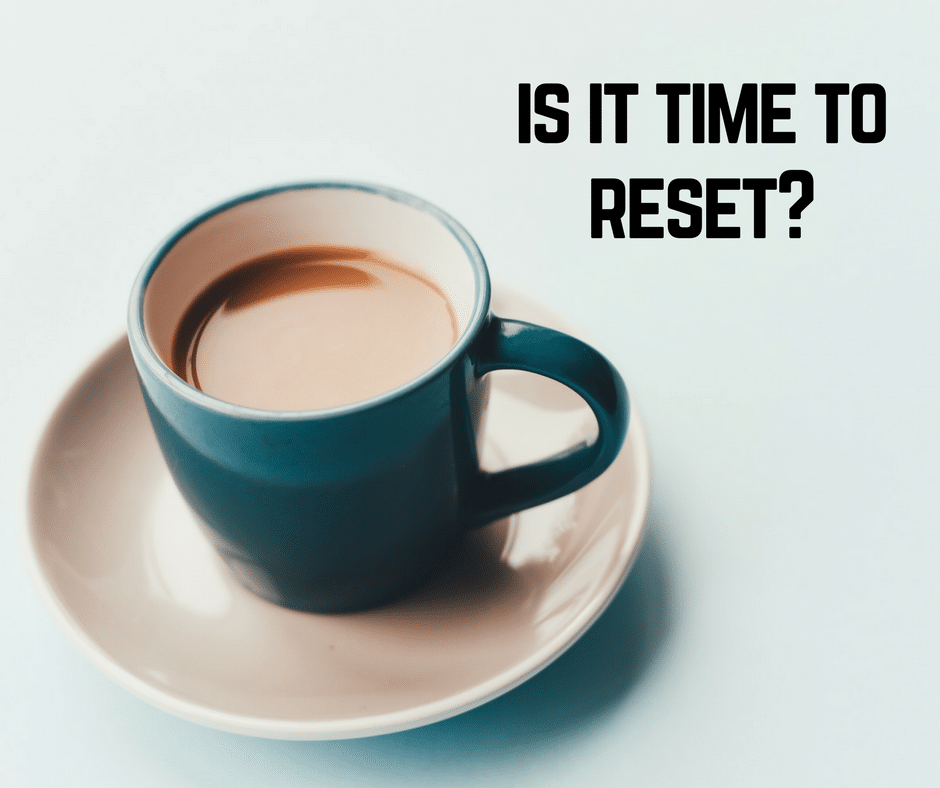 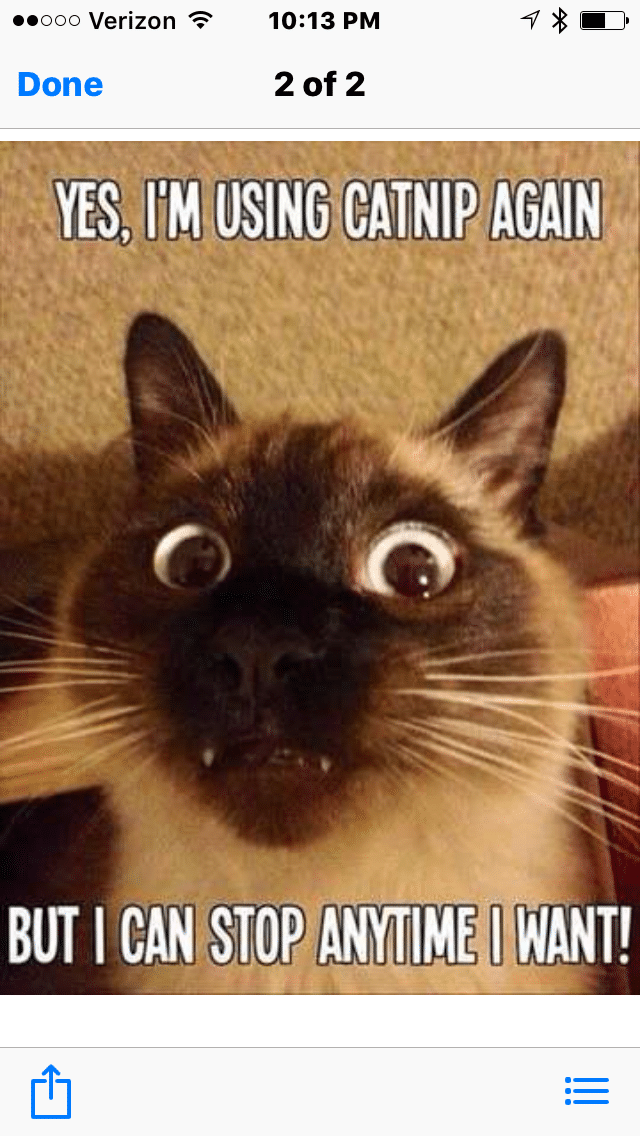 Why?  Eye twitches, energy swings, never having the energy to do anything without a cup of coffee and another and another and another.  I’d wake up to a cup of coffee before fasted exercise, drink another 2-3 cups in the morning and lose count by the PM.  I was burning the candle at all ends after leaving my full-time job to teach part-time and work more with Hungry Hobby RD clients.  I also had this crazy anxiety that I didn’t recognize as fear, I recognized it as being a business owner.  I couldn’t watch TV, even if I tried to sit down to watch some of our favorite shows, I couldn’t relax without a glass or two of wine.  I hated going to church or doing anything where I had to sit and not be productive.  My mind HAD to be ON 24/7, and I had to be busy, or I was crazy anxious about to burst into tears at any second.  I put on a pretty good front out in the world, but I knew I couldn’t keep on living that way.

Caffeine has significant effects on the adrenals, blood sugar regulation, liver heath, hormone health, metabolism, and brain function.  Not all the effects are bad, but I knew I was way too dependent on it and weaning off of it as I had done before, wasn’t working.  I’d tell myself “I’m going to cut myself off at x time,” and then I would be exhausted and drink it anyway.  Like I said, coffee itself is not evil; it is full of antioxidants and polyphenols that are thought to have a beneficial effect on health overall including improved liver health and decreased mortality.  However, I was apparently addicted, plus, it’s also a high pesticide crop that is known to be prone to mold.  To give my liver a break I chose to go without it, even decaf, for two strict weeks. 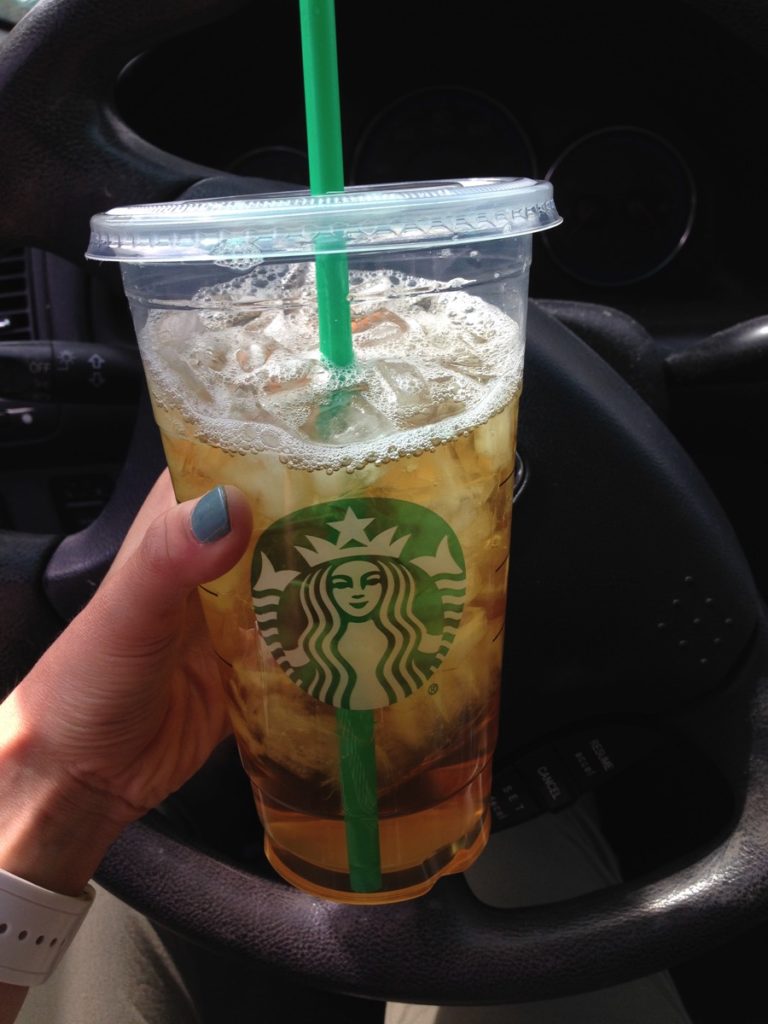 As a substitute, I grew to love yerba mate and green tea, especially chai green tea from Sprouts.  You are probably thinking “wait; those things have caffeine in them, you didn’t stop drinking caffeine than” This is totally and 100% correct, but I went from well over 500mg a day to less than 100mg all from tea (green tea or yerba mate).  I tried not to drink any tea in the morning, and then I would let myself have some in the afternoon.

Headaches, extreme fatigue and HUNGER like crazy.  The week was a wash; I barely got anything done, I slept 12 hours a day on some days.  It reminded me of when I would come home from finals and sleep for like three days straight.  I usually also avoided all caffeine during breaks from college, often because the thought of it repulsed me.  I did not exercise, I tried to control my eating, but it was hard.  It was just as miserable as I thought it would be, but I did what had to be done.

By the end of the second week, I could easily go about my day with just a couple of cups of green tea.  I felt the fatigue began to lift, and I felt calmer and more in control, it was a glorious feeling.  I still wanted the taste of coffee, I love coffee, but I continued with my goal of three weeks.

I tried decaf, I wanted to only switch to decaf, but it tastes like dirty soap water to me, HELP me with recommendations.  I found this article from the Huffington post editors that tried a bunch of decaf coffees and ordered some eight o’clock original decaf per the article’s advice.  However, when it came, I realized we must not have kept our old coffee pot, so I only have the Keurig.  I’ve got Bob Marley decaf pods I got on sale at Sprouts, but I don’t like them.  At the end of the third week I was allowing caffeine in the morning and was, I was drinking a large cup of green tea with three tea bags in the morning that’s 60 mg of caffeine, that’s expensive and not that far off from the caffeine in one cup of coffee.

Since I can drink black coffee like a champ, I made a rule for myself, no coffee without any nutrition.  I decided to add 1-2T of half and half and 1T of collagen which slows me down quite a bit and makes the cup more satisfying. 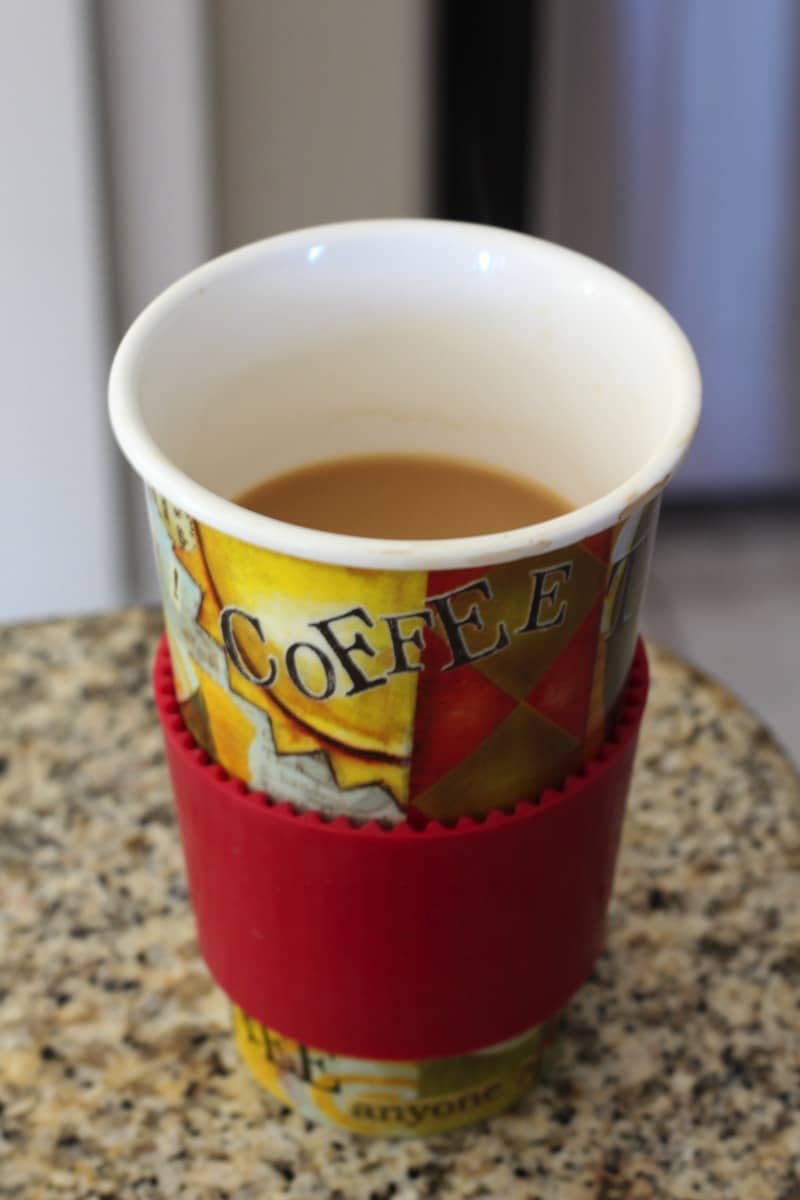 I made one 10 ounce cup with 1T half and half & 1T collagen and didn’t need anything the rest of the day.  I enjoyed that one cup, but I didn’t feel like I needed it to survive, that was a nice feeling.  The last few days I’ve averaged 60-150mg of caffeine a day which is fine with me, especially compared to what I was consuming before. That usually looks like the cup of coffee in the morning 1-2 cups of green tea in the PM, which is perfect since I lift in the afternoon.

To get there, I learned to prioritize my sleep which is so hard because it means a ton of sacrifice.  It means not staying up late to finish this blog post because I didn’t quite work on things in the order I should have.  It means having so much less time to get things done because I’m sleeping eight full hours a night instead of 5.  However, you know what?  As I suspected, I am much more productive and alert during the time I am awake then dragging with a little focus for hours on end.  I have to be more selective with my time and organized with my schedule.  I can’t take every opportunity thrown my way, just to see how it pans out.  I have to be sure to guard my time like it’s the most precious commodity on the planet.  Apparently, I’m still getting the hang of that (ideally I post at 5 am, yesterday’s post when up at noon was originally suppose to include today’s post.)

I also learned through my research that green tea has L-theanine in it, a stress reducing compound.  So if I need something other than my one cup of coffee I go for that, it gives me the caffeine I need but also reduces stress which allows me to think more clearly.  Sometimes in the morning, I make green tea lattes with two tea bags and two tablespoons of half and a half, I love that as well!

Oh and that eye twitch? GONE energy swings and crashes? GONE worried feeling? GONE.  I still get anxious about bills, business and whatever but I’m not so bad that I literally can’t relax.  I can now happily cuddle up on the couch with my hubby and puppy to watch a movie, enjoy a Sunday mass and live in the present moment.  I love going to church again, watching our favorite shows and taking walks with the pup.  I give my mind a break which again makes me more productive when I do sit down to work, instead of attempting to work all day long every day leading to unproductive crap.

I’ve set a few goals for myself to keep the coffee/caffeine situation at bay:

Beyond the day to day symptoms there are various conditions in which it is recommended to avoid or limit the use of caffeine, some of these include:

This week analyze your caffeine intake, is it where you want it to be?  Are you consuming over 300 mg per day? I’ll wait while you do the math (1 cup of coffee has about 100mg, black tea has around 40, green tea around 20, soda averages 40-60mg per 12 ounces).  Also, take note of where your caffeine is coming from and what else is in it.  We like to consume a ton of sugar & fake sugar with our caffeine, find out where you are at on that spectrum.

If you are comfortable with your intake right now, that’s great!  Go back and work on something from the past four months of healthy habit changes.  I know you’re stellar, but I bet there is at least one you could give a little more attention to.  If you feel like you could make a change, decide if you are going to wean off or go cold turkey.  Either way set goals to help you get yourself there!  Check out how I weaned myself off coffee two years ago if you want to go slower!  Whatever you decide, set a goal, tell someone about the goal/plan (you can comment below, and we will keep track of each other) and follow through!

The 52 Healthy Habits Series is about ditching the diet mindset and making small changes to improve health overall naturally leading to a healthy body composition, increased energy and improved health. Please follow along and check out the past weeks!