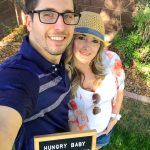 Hi, friends!  I know last week was heavy on the pregnancy news, but now we should mostly be on an every other week schedule after this post.

Baby Size: Size of a Peach 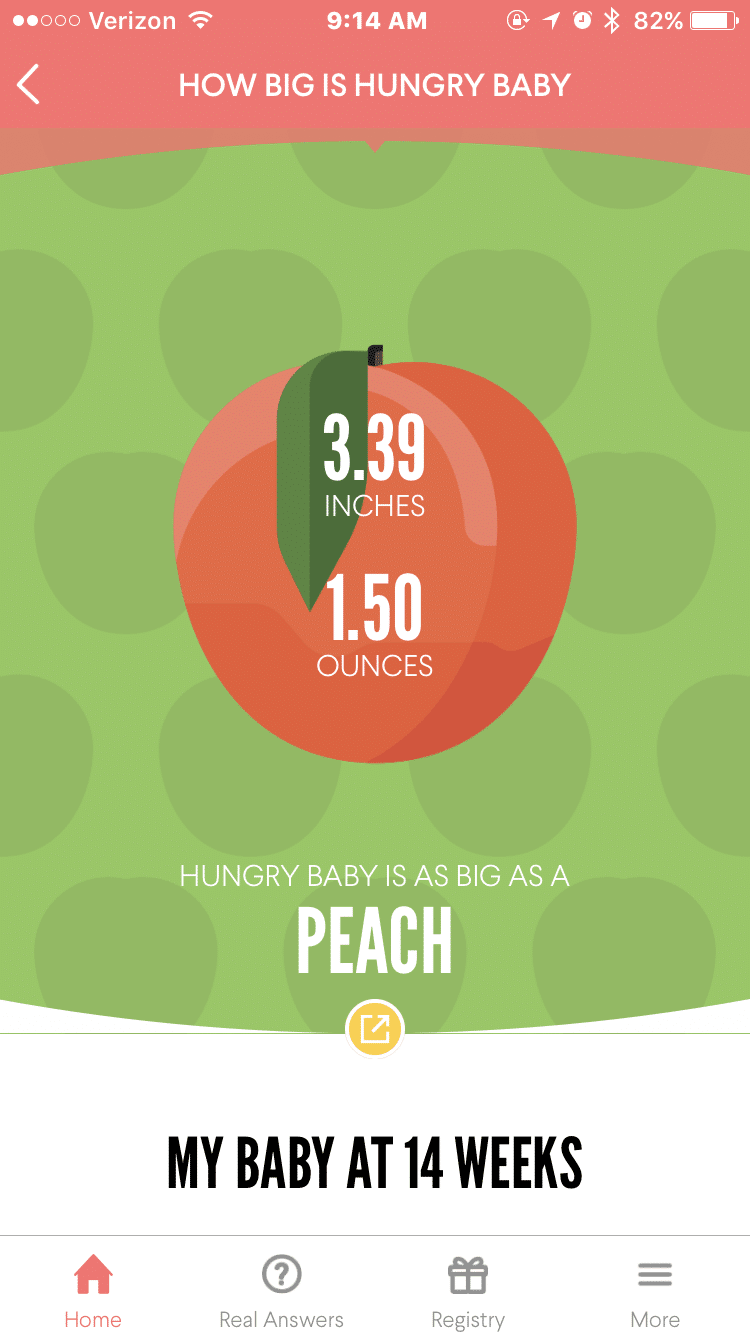 Symptoms: I had one day of the “magical second-trimester” energy and no nausea. But most days I was still struggling here. Still a lot of low-grade nausea that came and went as it pleased with no rhyme or reason. The fatigue is lessening, but I still had to take hour long naps a few days this week. Still waiting for that second-trimester surge of energy and for morning sickness to subside!

Currently Missing: Nothing in particular, kind of in survival mode.

Sleep: Good, still taking the Unisom so that I don’t wake up in the middle of the night nauseous. I get up 1-2 times to pee!

Food Aversions: Getting better but chicken and peanut butter are still off the table. Other things are slowly getting better.

Food Cravings: I had a craving for Mexican food this week thanks to driving by Manuels in Mesa. We went but I was kind of low grade nauseous the whole time, and it wasn’t that great. The leftovers were AMAZING though!

I brought back half caffeinated coffee around 12 weeks and am now switching to iced coffee. I enjoy having it in the morning although sometimes I can only do a little bit, the acidity gets to my stomach even if I dump a ton of almond milk in it.

Mood: Excited to be in the second trimester and happy to tell people about the pregnancy finally!

Maternity Clothes: We bought two new dresses at Motherhood Maturity that I’m hoping I will fill into! One I’m going to return, but the other one is a winner!

Reading: Nothing baby related, reading the Principles by Ray Daliostill. 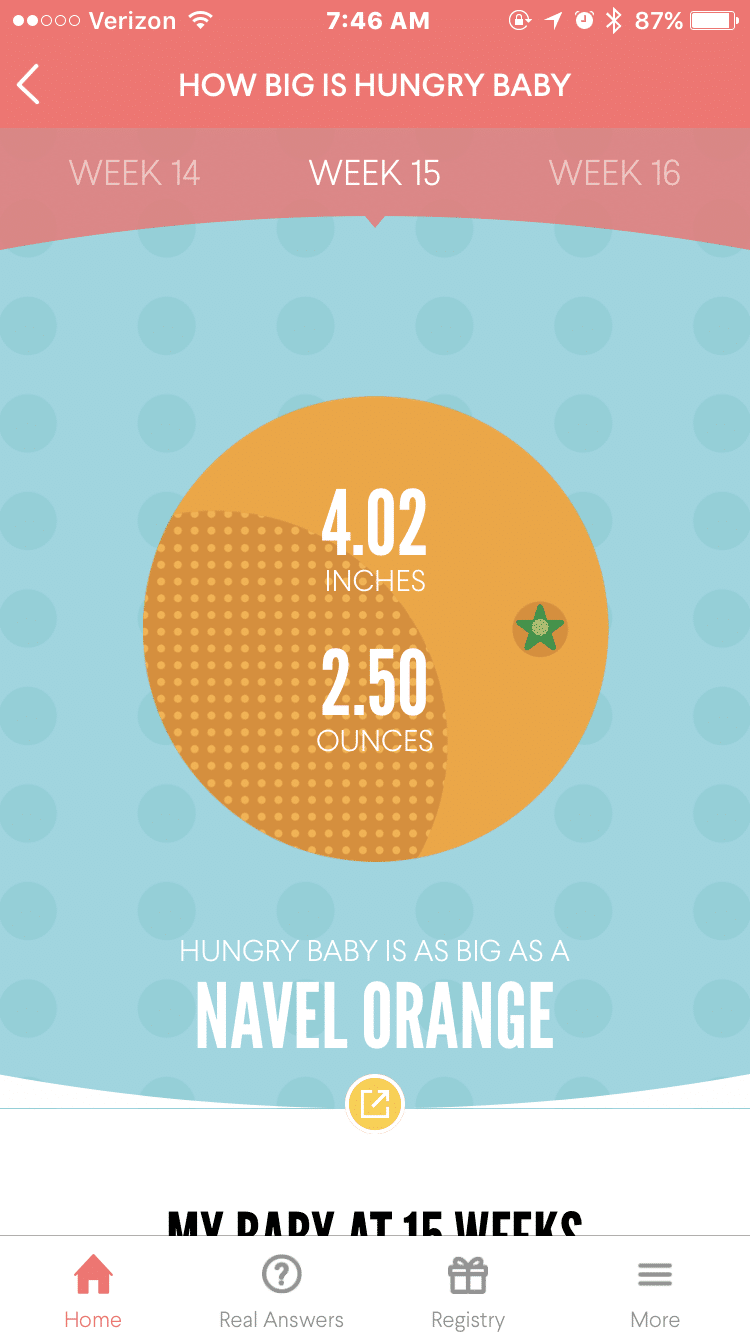 Symptoms: This week was much more normal, I had away fewer symptoms than last week. I got nauseous sometimes but usually eating would do the trick. I had more energy, I only had to take naps twice. Granted they were long naps but I could usually relate them to not getting enough sleep the night before. AKA missing my 8 pm bedtime. I’m still taking the Unisom at night, I still am nauseous when I get up to pee but I quickly fall back asleep. Overall this felt more like what I expected of the second trimester. Pregnancy constipation has also been a thing (sorry TMI) I found that doubling my dose of natural calmreally helps get this back under control.

Currently Missing: Cinco De Mayo is this week so Margarita, in theory, sounds good. However, I know I wouldn’t be able to stomach one if I tried to drink it (which I wouldn’t, I’m just saying if I did.)

Sleep: I got my pregnancy pillow this week, OMG it’s amazing. I’m not getting rid of this just because I give birth ha ha.  It’s on my IG stories if you want to see it!

Food Aversions: Peanut butter and chicken still. Most other things are coming back okay. Veggies are getting better, but I still prefer them raw.

Food Cravings: I was ALL about the hummus and veggies this week. At the beginning of week 15, we went to a friends house, and they ordered pita jungle. The next day Mr. Hungry and I went to Zoe’s Kitchen. From then on I was OBSESSED with hummus, pita, and raw veggies all week. I ate a ton of pita, hummus, veggie sandwiches. I’m also obsessed with avocado toast, which I’m usually not a fan of so that is interesting.

Exercise: I started going to Zumba, and I love that. I’m not running a ton anymore, just short intervals at the gym. Mostly because when I get overheated, I get a shocking feeling in my legs. This has been happening since about five weeks along, and I think it’s pregnancy related because it happened last time I was pregnant and went away in between. Anyways, it’s forced me to bring down the intensity of my workouts, walk in the morning, and exercise as early in the morning as possible.

Looking forward too: Announcing the gender! We had to go to a high-risk appointment this week, which turned out to be fine and as of now, I am not high risk. However, because we got sent to the high-risk facility, we found out the gender a little early (4 weeks earlier than scheduled). We are keeping it under wraps until we think of some cute way to announce. Plus I’d like to verify at my 19-week scan before announcing to the world. 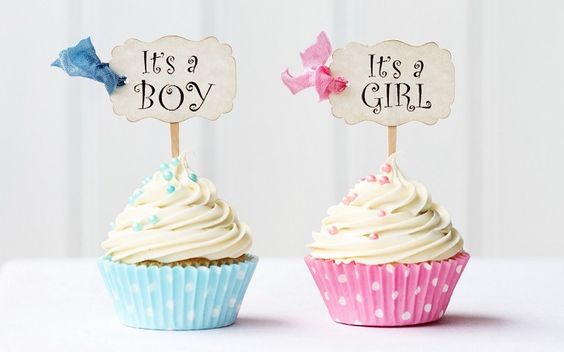 I also thought it would be fun to hear your guesses based on my old wise tail symptoms!  Leave me a comment with your guess!

Let’s hear your guesses!  I seriously can’t wait to hear what you guys think!