Hi Friends!  It’s been a long time since I shared a treadmill routine here at HH, like over 6 months?  Let’s change that! 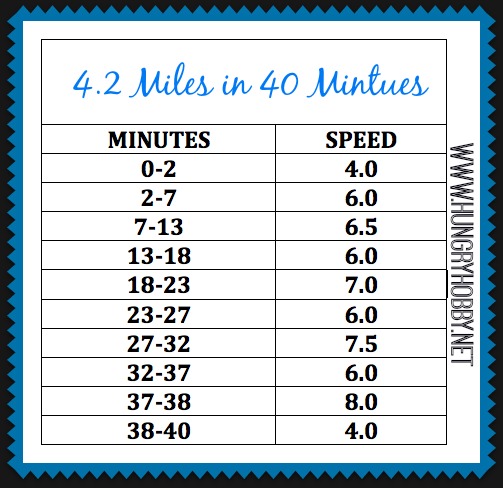 I did this workout at 430AM on Friday morning because I knew it was going to be a late day at work.  The long intervals were killer during the higher speeds, but they also gave me enough time to completely recover and catch my breath before the next higher speed set.

I hopped off the treadmill and headed home, I pulled up to my house at 5:50AM (about 20 minutes after sunrise) and there was a coyote in my front yard.  He ran away of course and I followed him (in the car) trying to get a good pic, which I did not achieve.  Let me stop right there and say that I LOVE wildlife, but first javelina packs and now a coyote?  I’m a little scared to go on outdoor morning runs!  What if I see one on foot?  I know the coyote would probably run away, but javelina’s aren’t afraid of anything from what I hear!

So after taking a rest day on Saturday, which was glorious (I don’t know when the last time was I took a “rest” day that didn’t involve physical therapy was), I enlisted Mr. Hungry to go on a Sunday morning run with me. 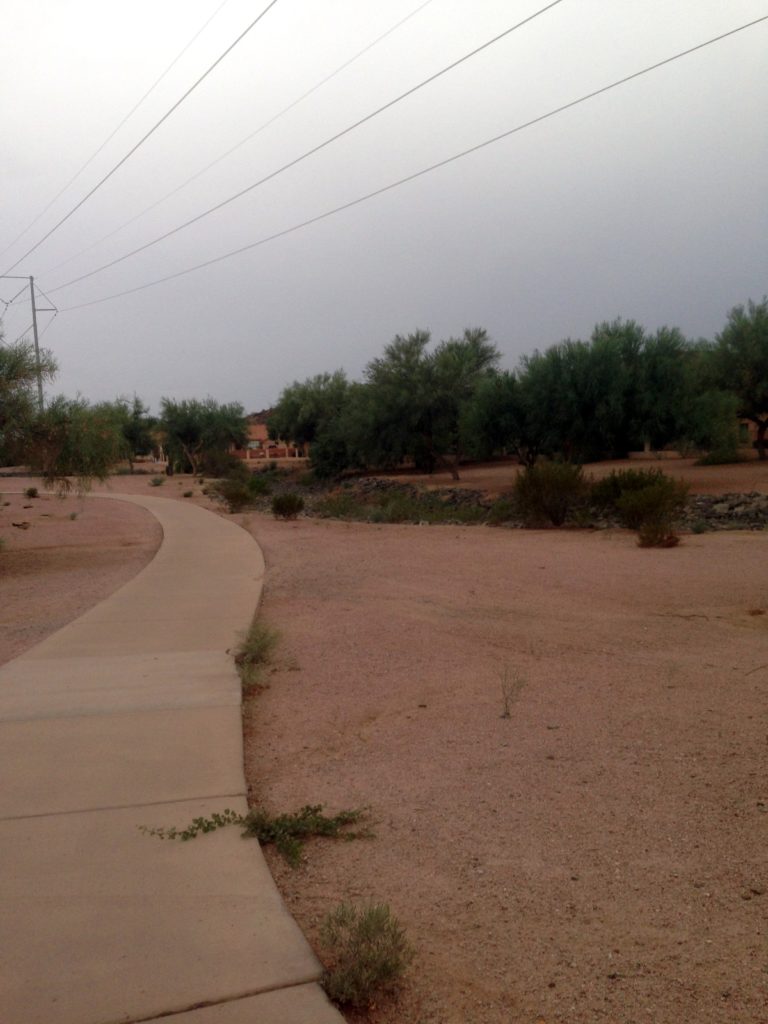 It was super cloudy out and sprinkling, which was actually very breezy, cool, and A LOT of fun!

We ran and walked so we covered just over 4.5 miles in under an hour.  It was such a nice little date, we had time to talk about all the things we never have time for.  Like how long we want to stay in our house, how much we want to invest in our house, goals at work (for me private practice goals).

After church we continued our Sunday date and hit up Dutch Brothers and then Burrito Company.  I got a coconut macademia iced coffee and a breakfast burrito (eggs, cheese, peppers) with a whole wheat flour tortilla, both were delicious!  I also tried some prickly pear cactus on the side, but I can’t say I loved it.  It was pickled and kind of salty for my taste, but at least I tried it though! My burrito was HUGE, I ate half and saved the rest for later. 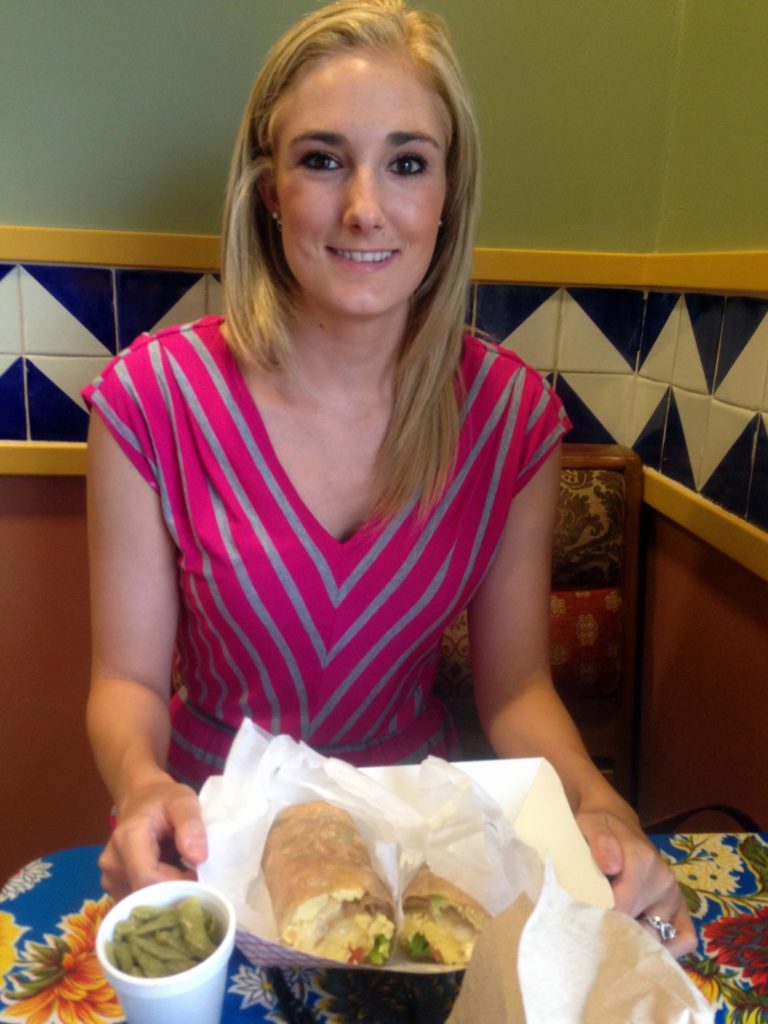 Mr. Hungry also got me some pepper spray, he said even if I don’t run into any javalinas or coytotes, he said I should have it for stray dogs and what not.  However, I had this horrible experience when I was kid, the  pepper spray exploded in my pocket and burned the you know what out of my leg.  So as much as I want to carry it with me now, I’m a little hesitant.  Anyone else carry pepper spray with them when they run?  How do you do it??????