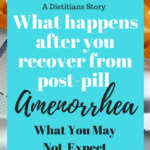 Hi, Friends!  So, it’s been two months since I posted my story about having amenorrhea for five years. I laid it all out on the line for you guys, and the support I was provided was quite literally overwhelming.  I can not thank those of you who wrote in to tell me you struggled with the same thing or something similar.  I promised you guys an update, and I think it’s about time, so for the guys or those of you just looking for recipes you may want to skip this one.  Be sure to come back tomorrow because I have a three ingredient wing recipe that will knock your socks off! 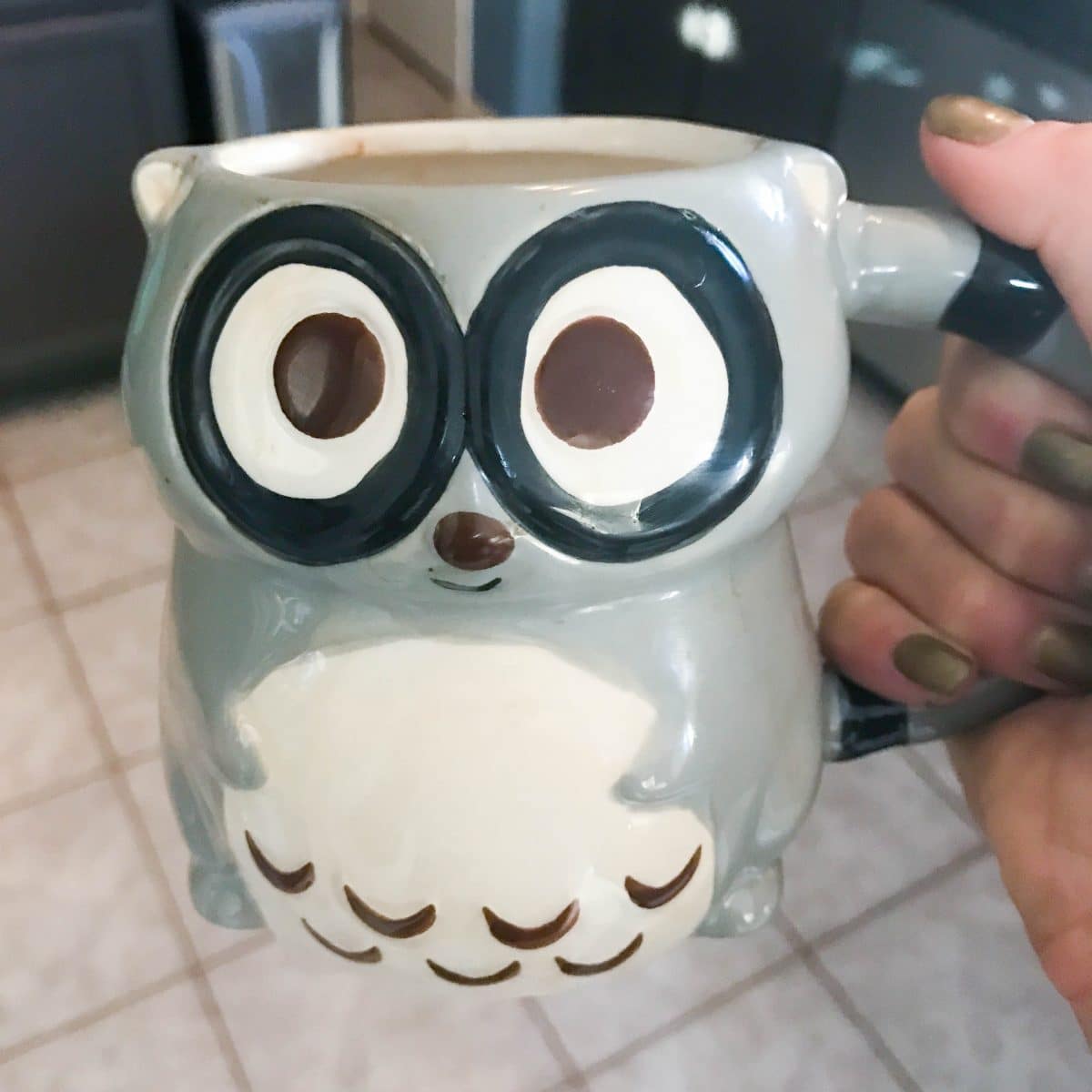 Okay, back to our regularly scheduled program.  As I sit here and type this, I’m sipping my coffee with collagenand half and half.  I’m planning only to drink half because in exactly 30 minutes I have to take an anti-anxiety pill so I can go to the dentist and get a crown but on the tooth, I had a root canal on a while back.  I know, coffee + anxiety medications don’t make sense, but either does subjecting myself to a caffeine headache.

Anyways, as I said it’s been two months since I posted my original post about dealing with amenorrhea and in total, since September, I’ve had four regular cycles.  Well, normal isn’t exactly the right word, but we are getting there.  The first month was almost 35 days, then 33 days, then 31 days, and last month was about 30 days.  Each month also gets a little heavier, so that’s been fun as well.  You know what else has been fun?  ACNE!  I have a few choice words to explain how I feel about that but I’ll leave those words off the blog. But seriously, it’s insane.  The last three months have been torture.  Now, if I’m honest, I used never to do anything to my skin.  Half the time I would remove makeup with a makeup remover and half the time I would not.  I mean, I never had any consequences so why waste my time?  I know it’s gross and lazy, but it’s what I did.  Now I’m in the routine of religiously washing my face every night the slathering it with whatever chemicals I can find, luckily, that seems to be helping.  However, now I’ve got a few scars that don’t look so hot, like on the tip of my nose.  I’m a human Rudolf, which is less cute now that Christmas is over.  I mentioned this on one of my day in the life posts; someone commented saying the same thing happened to them and that it would subside.  Thank God. 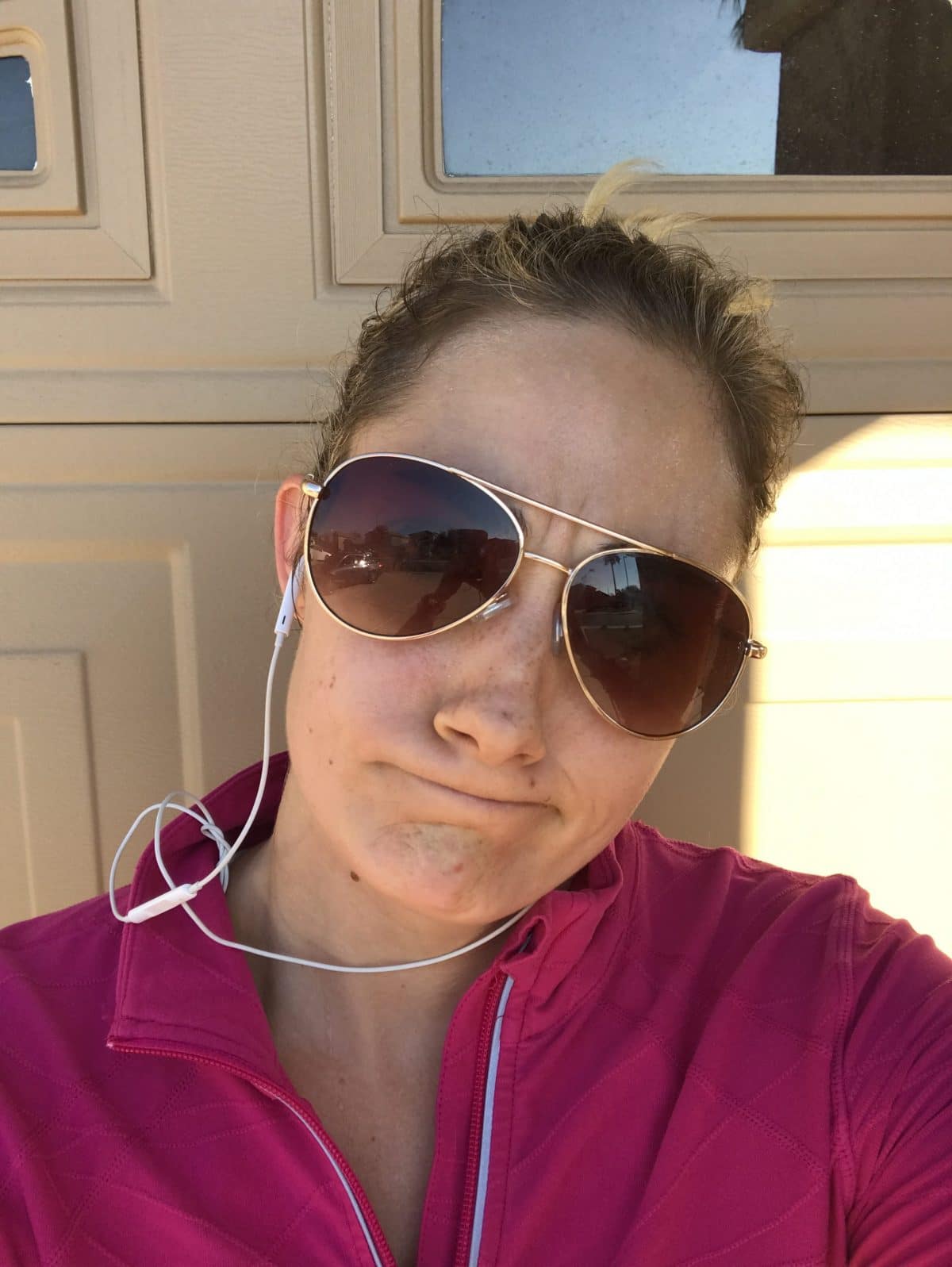 Yesterday I discovered that running is not my friend the week before my cycle.  Something I NEVER had to deal with before.  I went on the same run as I did last week and I felt like I had never run a day in my life.  Not only was my endurance total crap but I also got major period like cramps, so bad I had to walk and then stop.  It was pretty horrific.  The same thing happened to me TWICE last month before my period, once when I was running with my run group and once when I was doing some HIIT training.  Now that it has happened again this month, I can pinpoint it to before my period. I’m just not sure how soon before.    According to my google research, this is typical 2-4 days before your cycle, isn’t that lovely?  Does anyone else experience this?  So far, for me, it has only been while running.

So that is pretty much where I’m at now.  I mentioned in my 2017 goals post that one of my 2017 goals was to have 12 regular cycles this year. It’s weird because this summer we were considering starting rounds of fertility drugs like Clomid to get pregnant, mostly because we weren’t sure how long it would take.  At first, we thought we should strike while the iron is hot, because what if my period goes away again?  Well, first, a period isn’t the only indication you will have no problem getting pregnant.  Second, we ultimately decided it would be better to let my hormones balance out for an entire year before screwing them up again.  If something happens, I’d be okay with it, but as of now, the goal is to have 12 regular cycles this year.

Besides, I’d like to get to a point where I’m a bit more comfortable in my skin.  See, here is the thing.  One of my primary motivations for saying F* it was the lack of results I was getting in my workouts.  For most of the last year, I worked my butt off in the gym and saw very little results, no matter how I changed my programming. It was so frustrating! Without hormones, it’s hard to recover, let alone build muscle.  My metabolism was all pissed off and refused to budge.  Look, I like to workout, but I’m not solely motivated by the “health benefits.”  I’m driven by the health benefits and the changes I can bring to my body composition, except I couldn’t do that because I didn’t have hormones.  I finally got on a scale and learned that in the past six months (right before my first period) through now, I’ve gained 10 pounds or so.  A body fat analyzer didn’t sugar coat it, and it was all fat.  Putting on a little probably helped me get my period back, but then rising estrogen + many holiday indulgences leaves me feeling a little less confident than I would like.  So that sucks.  BUT, part of me is excited.  (because I’m certifiably insane?)  Because, this chance to participate in weight loss the way I coach my Hungry Hobby RD clients, the right way.  I’ve set a goal of losing 10 pounds by this summer, six months on six months off, that’s my motto.  Slow enough I won’t mess with my cycle and that I don’t feel crazy deprived or restricted.  As a person used to fast weight loss, this will be a total mental game for me.  However, in the past when I’ve lost weight I’ve never liked the result, I don’t care how low I got.  I wanted an athletic look, but no hormones mean it is very hard to build muscle.  So, I’m looking at this as an opportunity to prove it can be done the right way.  Not only that but, that the right way will yield better results.

So that’s my update!  Now I’m off to the dentist!

Questions of the day:

Any good face products for me to try?