Happy Thursday!  I’m blogging a little later than usual because we were out late last night.  I mean anything after 8 pm is considered late nowadays, but we didn’t get home till close to midnight, so that’s like legit late right?

To celebrate finishing the special project I’ve been working on, we went to see Goo Goo Dolls & Train. 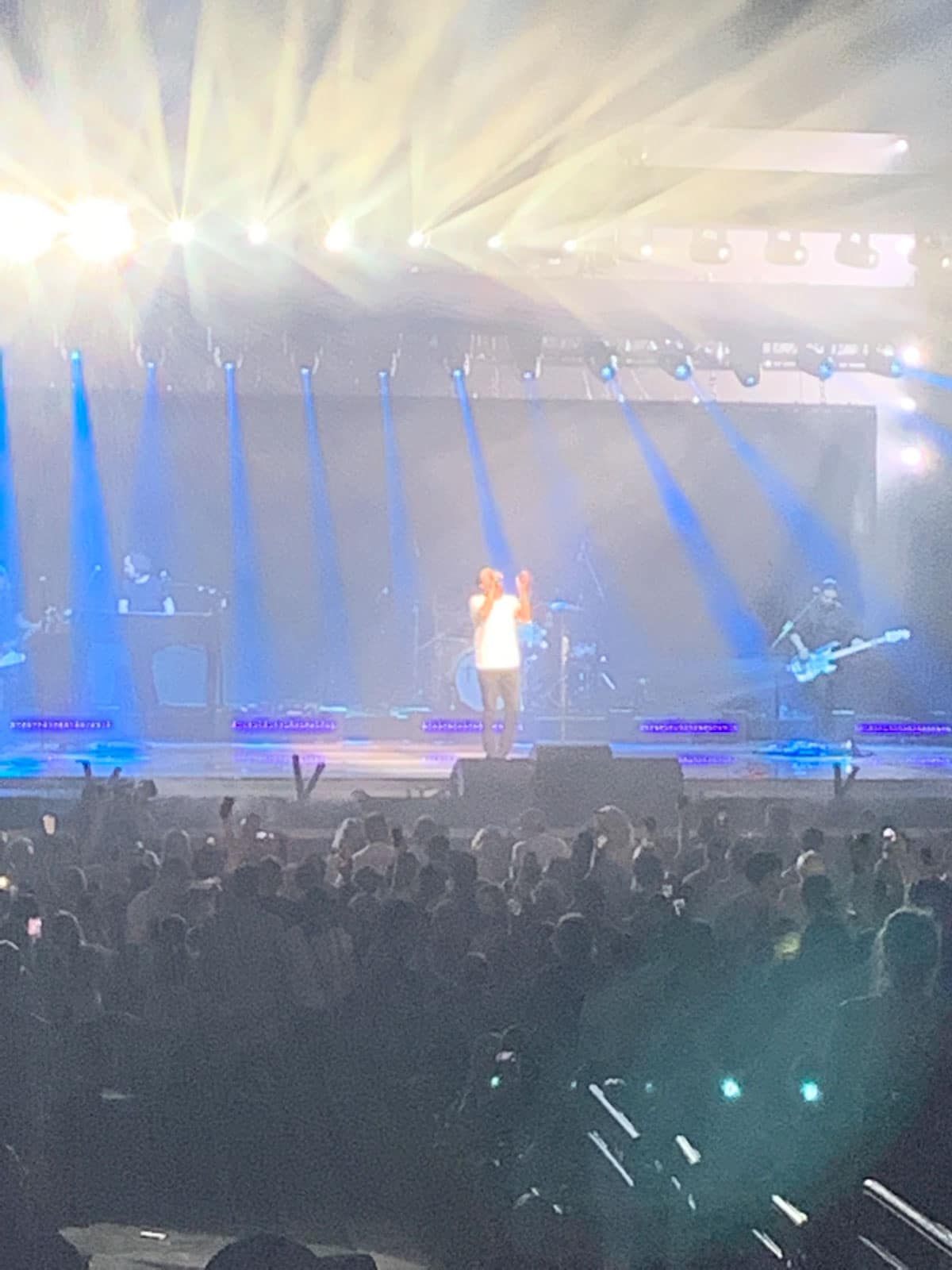 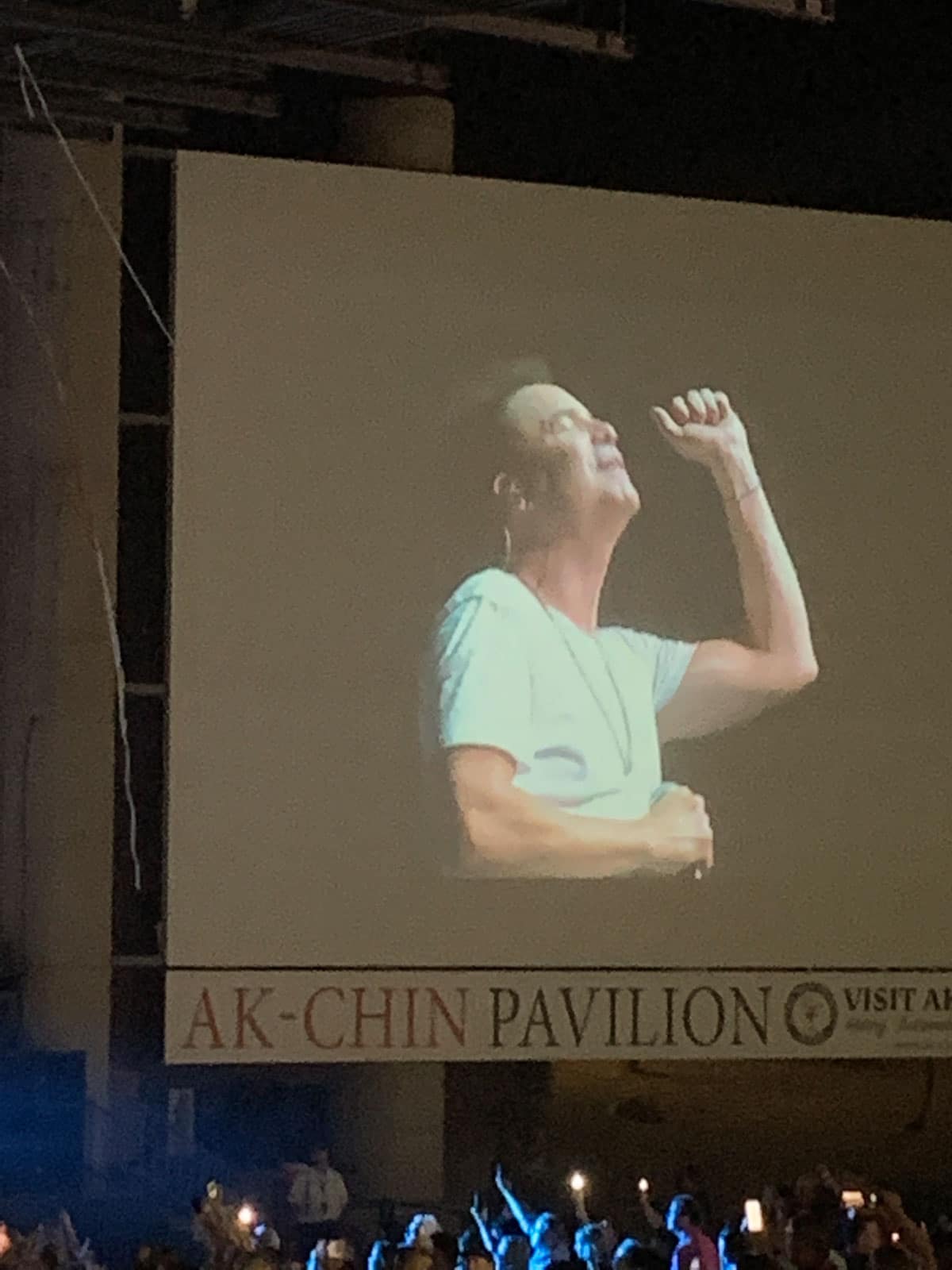 We were worried it was going to be miserable because it was 110F out, but we got mid-level tickets that were under the huge fans.  The fans made a huge difference, I barely noticed how hot it was, except for the one song they turned off the fans so they could have balloons bounce around.  I prefer the fans to stay on and skip the balloons, but it was only one song.

We had a wonderful time during our date night!  (Only photo we got and Mr. Hungry had a mouth full of french fries) 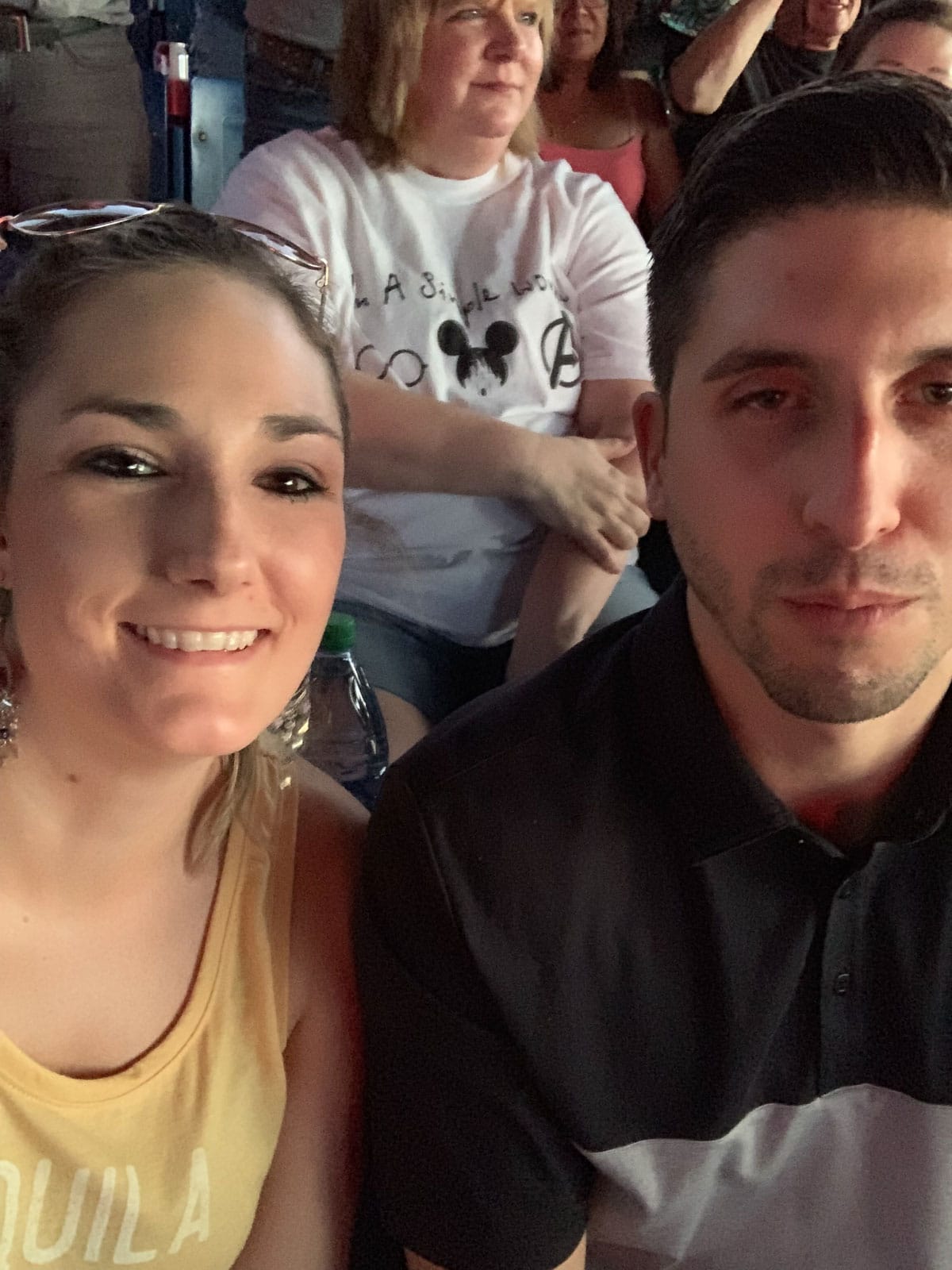 This morning was just a little bit rough since we got back so late.  Little Man was up bright and early at 5 am, but I went in and flipped him to his back, then gave him his binky (everything you aren’t supposed to do when a baby has been sleep trained) and he went back to sleep for 30-45 minutes!

I needed that so I don’t even care we cheated.  #worthit  He played in his crib for about 20 minutes before I went to get him to feed him.  After nursing, we headed right out for a 45-minute walk. 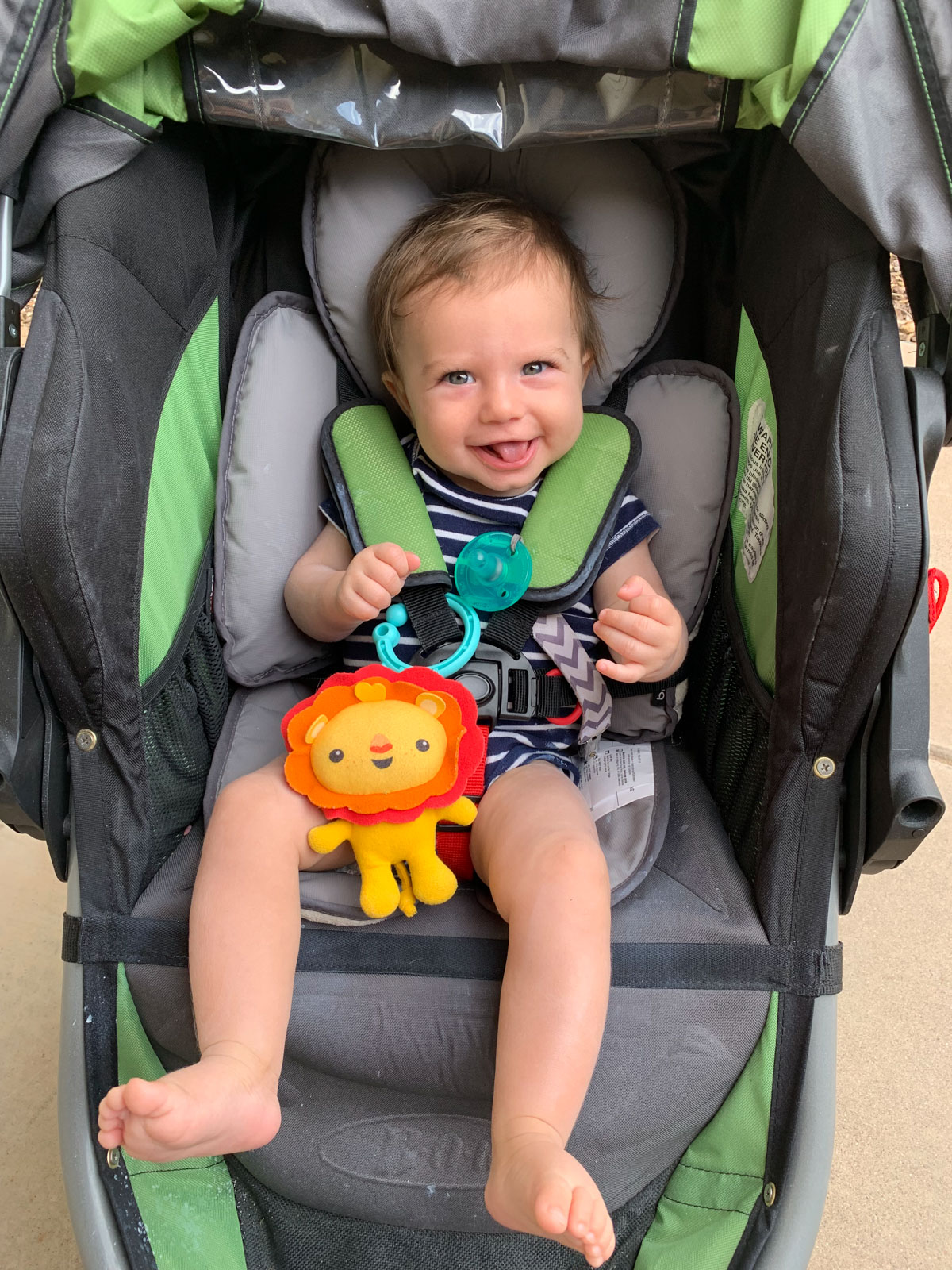 Usually, when we get home from our walks, I give Little Man a teether while I make our breakfasts.  Instead, today, I made his breakfast and then cleaned the kitchen/table.

Dishes and Amazon packages had piled up, and I couldn’t stand it anymore!  For breakfast, Little Man had prunes & pears mixed with unsweetened coconut yogurt and tahini. 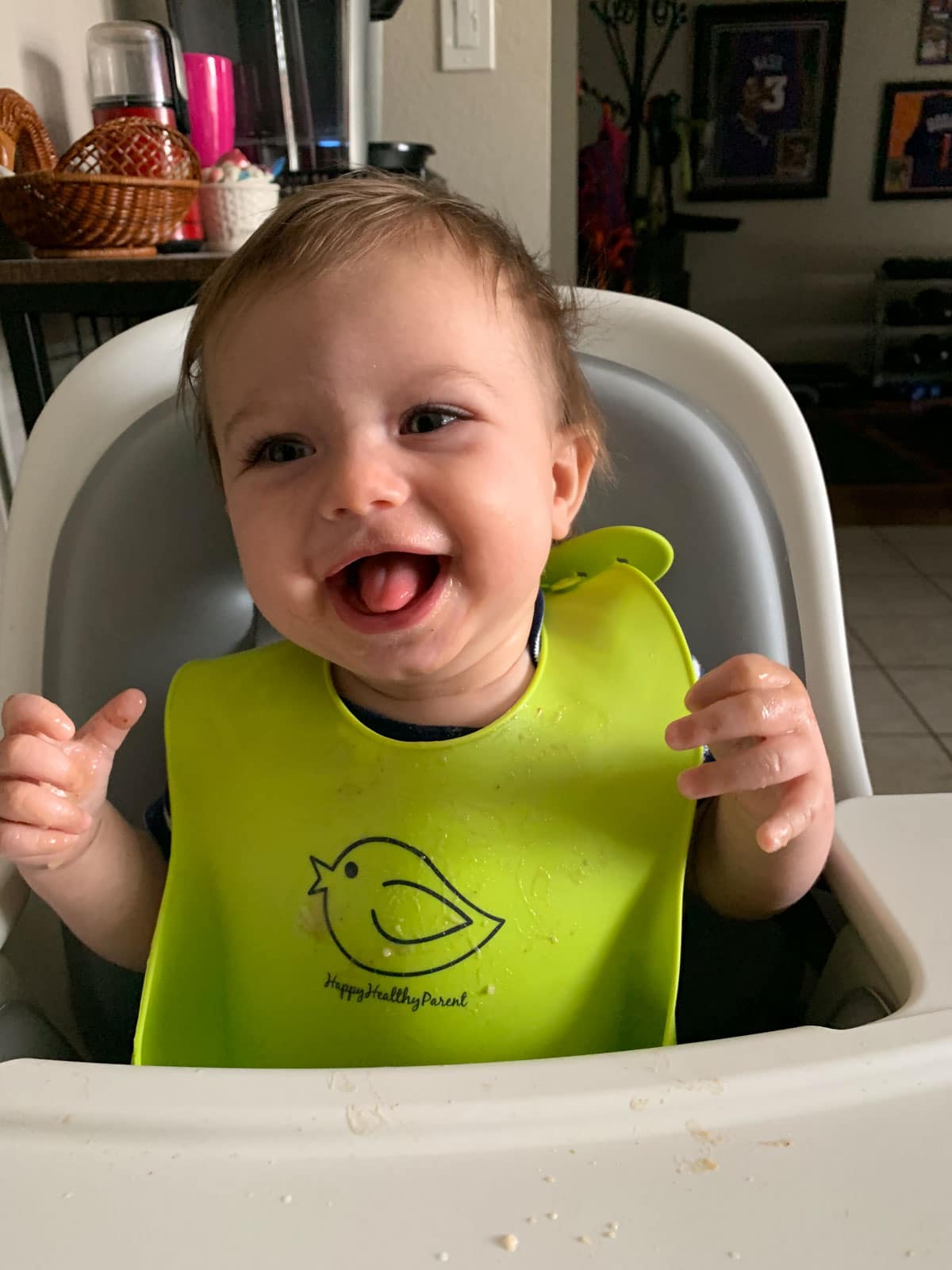 He was a happy boy this morning!  Then he did his regular rotation of activity center (FYI we took the wheels off) and the bouncer, while I continued to clean and then checked my email.

We headed into the nursery for a nap around 8:45 AM, I don’t usually nurse him before the first nap of the day, but he was sucking on my shoulder so I decided to nurse him.  He was down for his nap by 9 am, then I made myself breakfast and started working on this post. 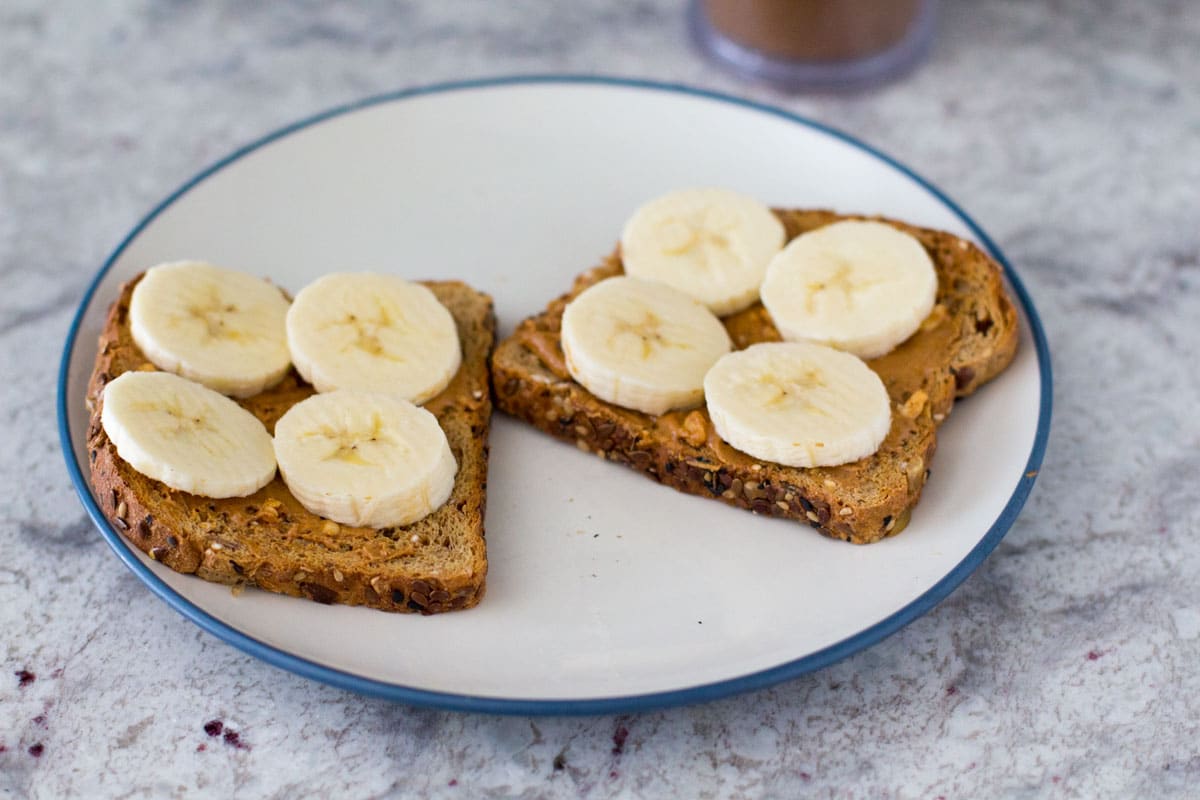 For breakfast, I had two slices of DKB toast with salted crunchy peanut butter and a half of banana.  I also added collagen to my iced coffee by making a 4-ounce Keurig decaf coffee pod, poured half of it into an ice cube tray, then stirred the collagen into the other half.  Then I dumped the collagen coffee into my already made cold brew.

I usually like to make my own cold brew to save money, but recently I’ve been buying it because the convenience is worth it right now.  I do cold brew + ice + flax milk.

Now I’m off to meet with a nutrition client and put together this week’s WTE? meal plan while I still have the sitter here!  Have a great Thursday!